Donkervoort F22: Some Fascinating Details On This Five-Speed, Five-Cylinder Screamer

Like millions of other Americans, I’ve spent years wondering how I was going to eventually replace my Donkervoort D8 GTO. I was thinking maybe a Honda CR-V, but the thrills just wouldn’t be the same, you know? Luckily, I must wonder no more, as the Dutch sports car firm gave us an early Christmas present over the weekend by unveiling the all-new Donkervoort F22. In the world of electrified everything, it’s a refreshing example of how wild pure internal combustion cars can still be. 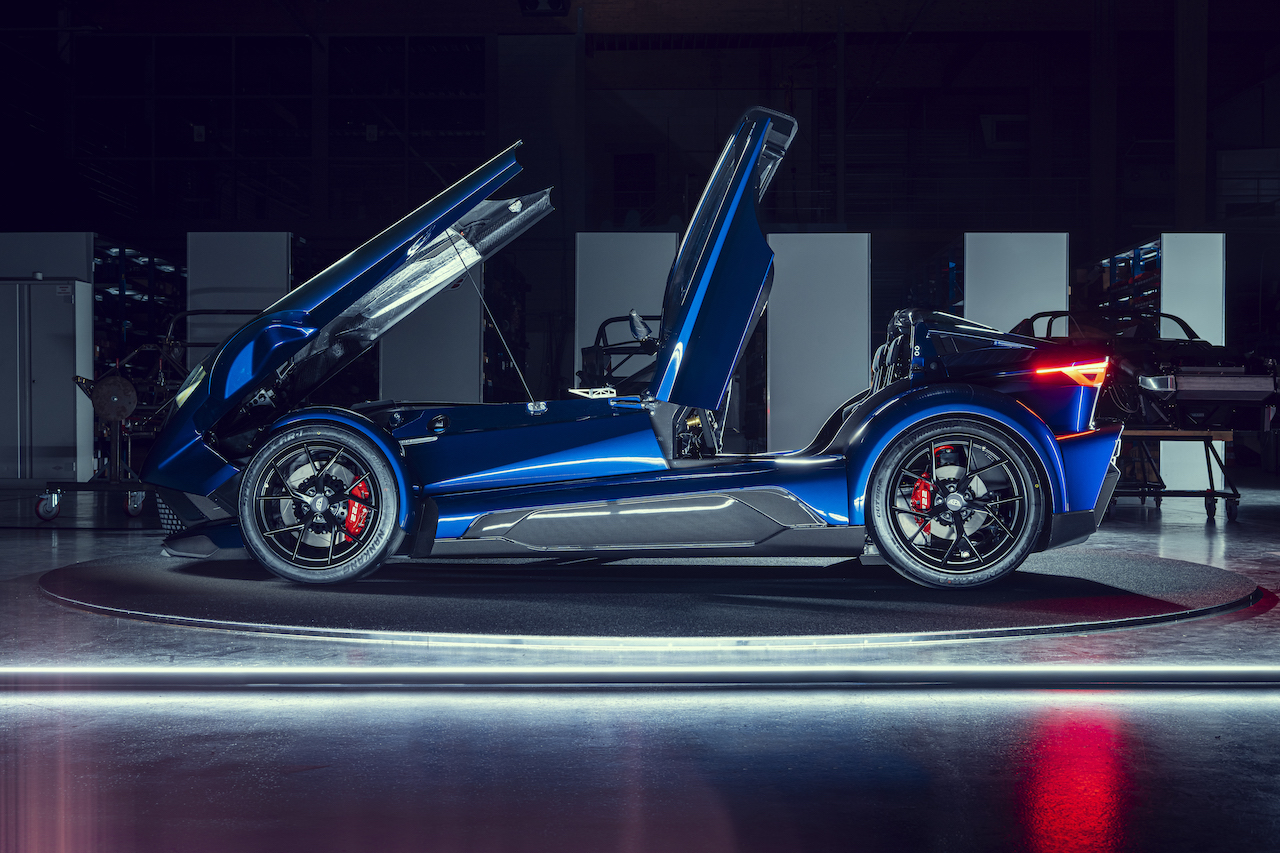 The bad news is that only 75 will be made, and basically all of them are already sold out. But for those of you not buying three of them, let me explain what makes the new one so special.

First, the chassis is what Donkervoort calls a “hybrid tube-steel/carbon fiber” setup, based on the company’s proprietary Ex-Core technology, which is used to building Formula One cars and yachts alike. The end result is something that, all in, weighs just 750 kg, or about 1,650 pounds—some 800 pounds less than an ND Mazda Miata. 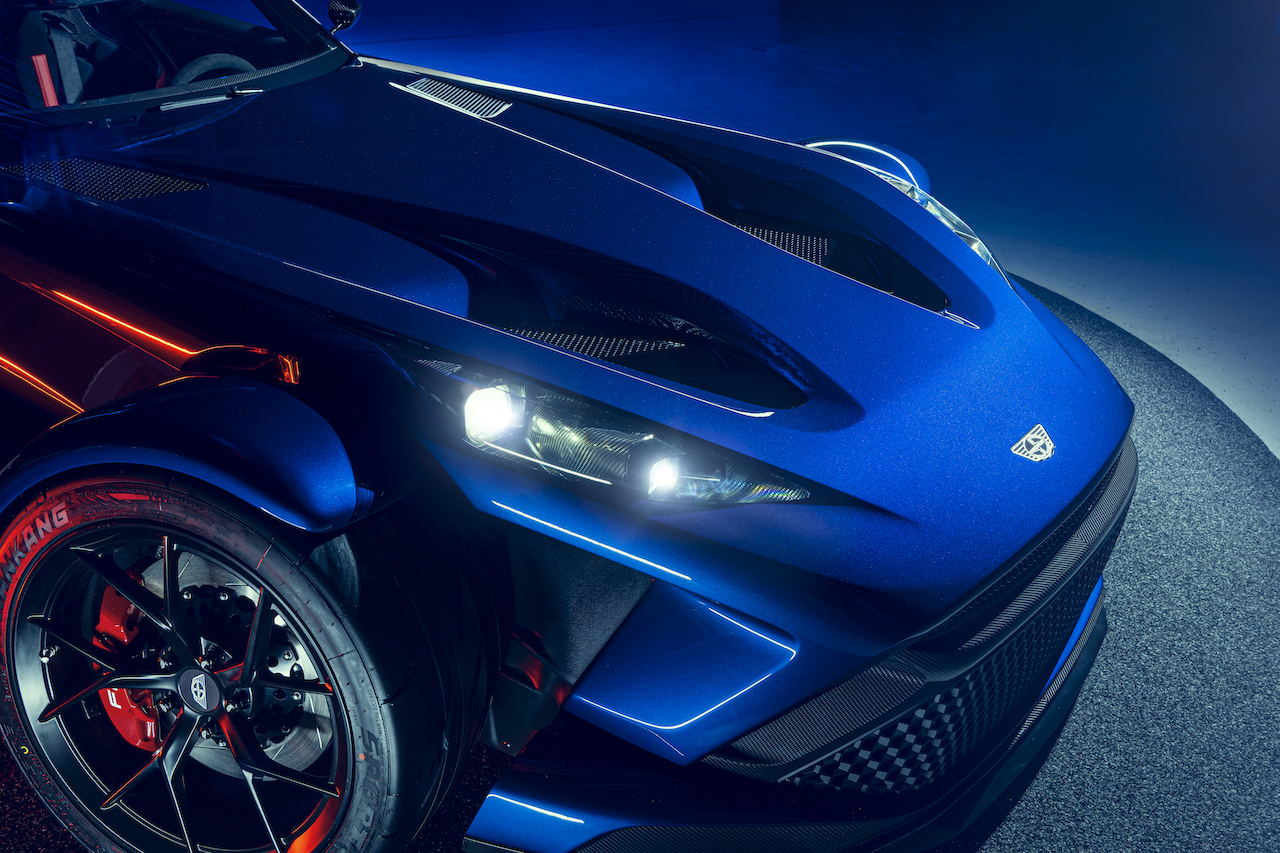 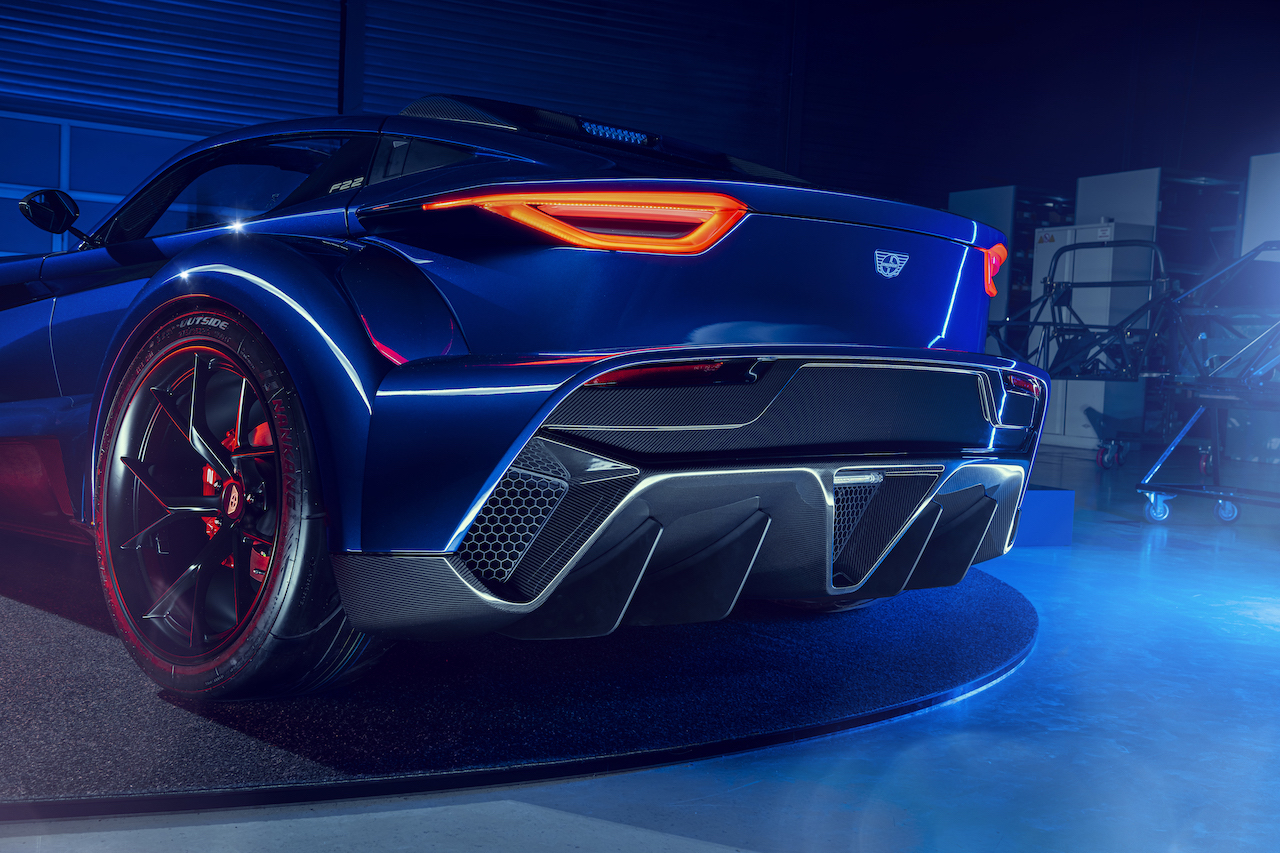 That’s not a lot. It’s especially not a lot when all that weight is tasked with moving around 500 horsepower. That comes from a five-cylinder engine sourced from Audi (who else?), good enough to move this thing from zero to 60 mph in under 2.5 seconds. You even get to make that happen while working a five-speed manual gearbox. How delightfully old school. Do you really need more than five gears? I never thought so, either. [Editor’s Note: Sixty MPH in under 2.5 seconds using a manual transmission that sends power to only the rear wheels? My god. -DT]. 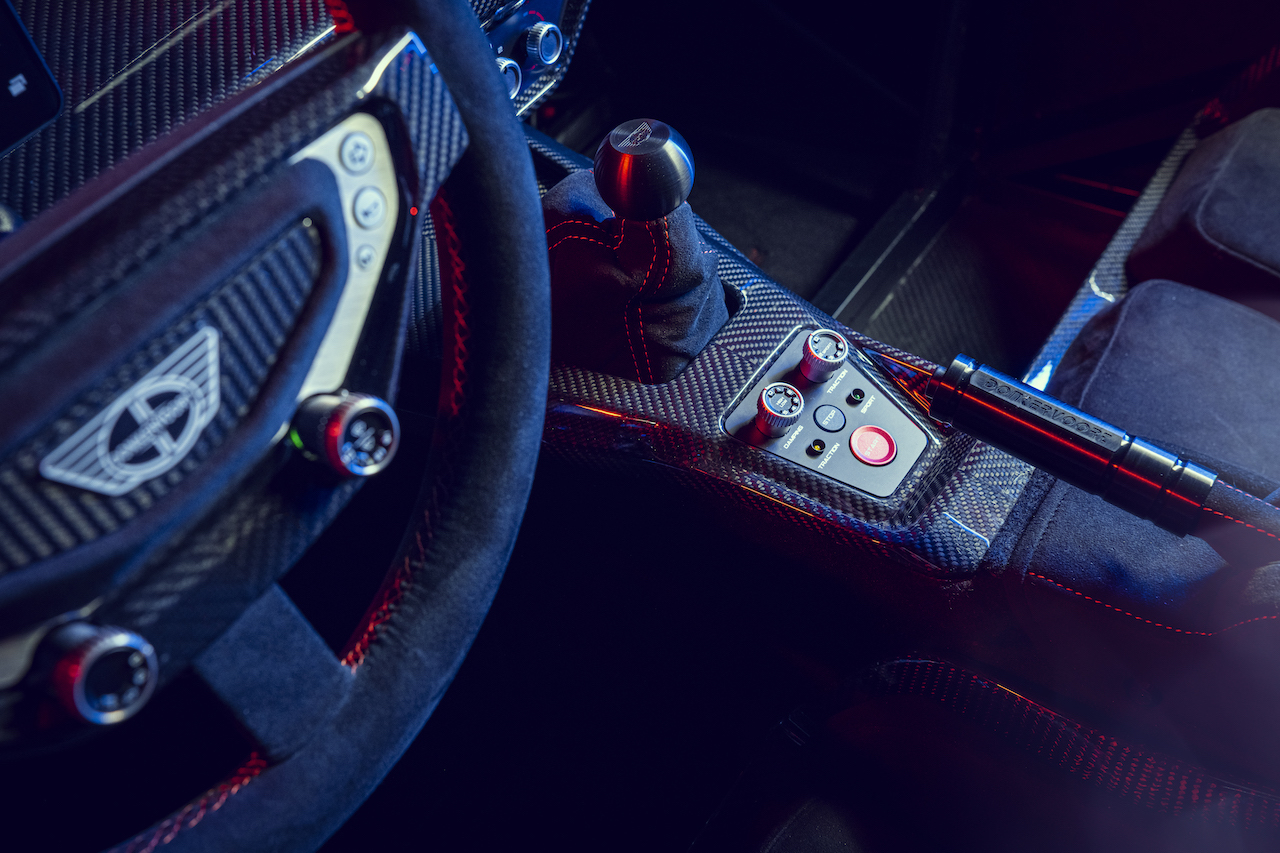 You can even opt for carbon fiber wheels, which weigh just 11 pounds per unit. No wonder this car is so light: 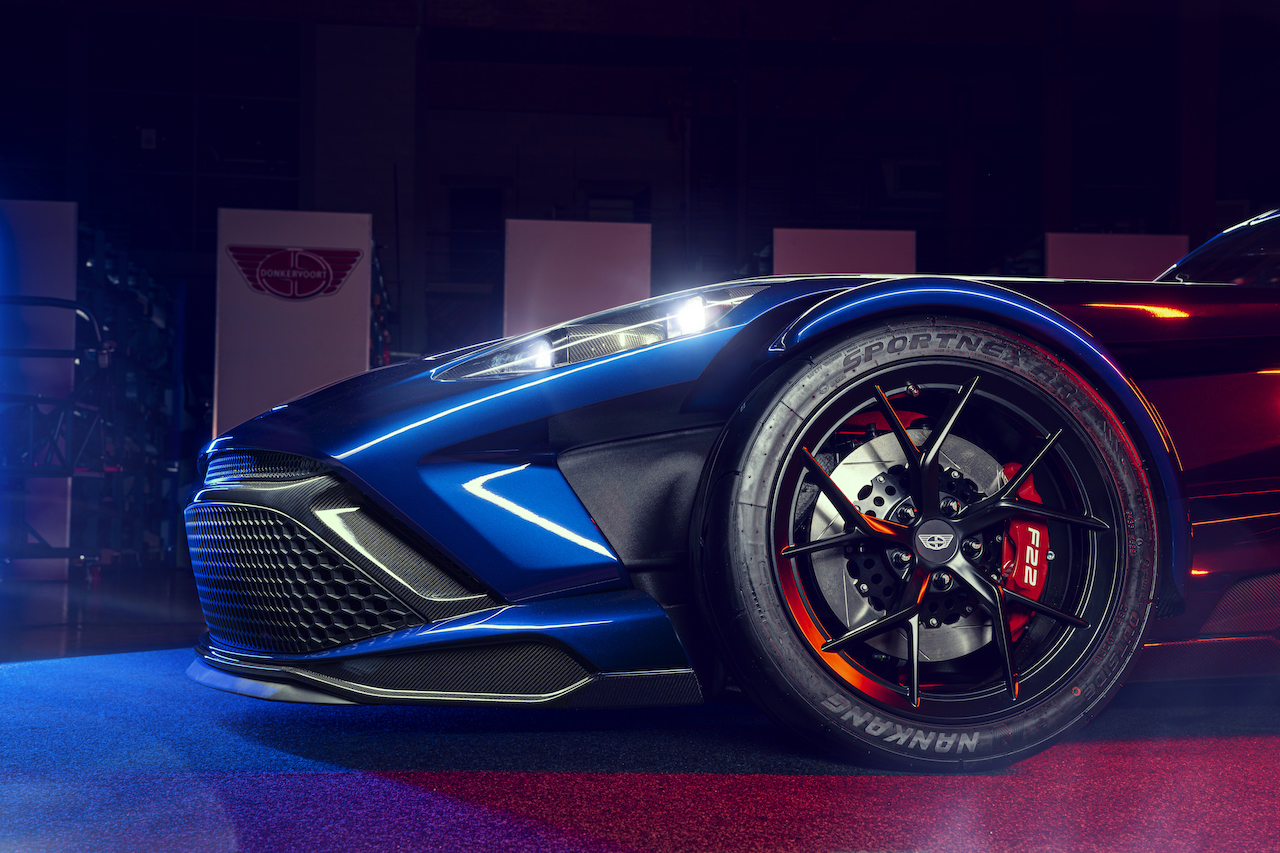 Inside, Donkervoort says the machine has a “more comfortable interior” than predecessors, but given that it has the world’s first six-point harness for racing and road use, I’m not banking on it rivaling a Toyota Avalon for plushness. Also inside: loads of carbon fiber and a screen in front of the passenger, as well as the driver. 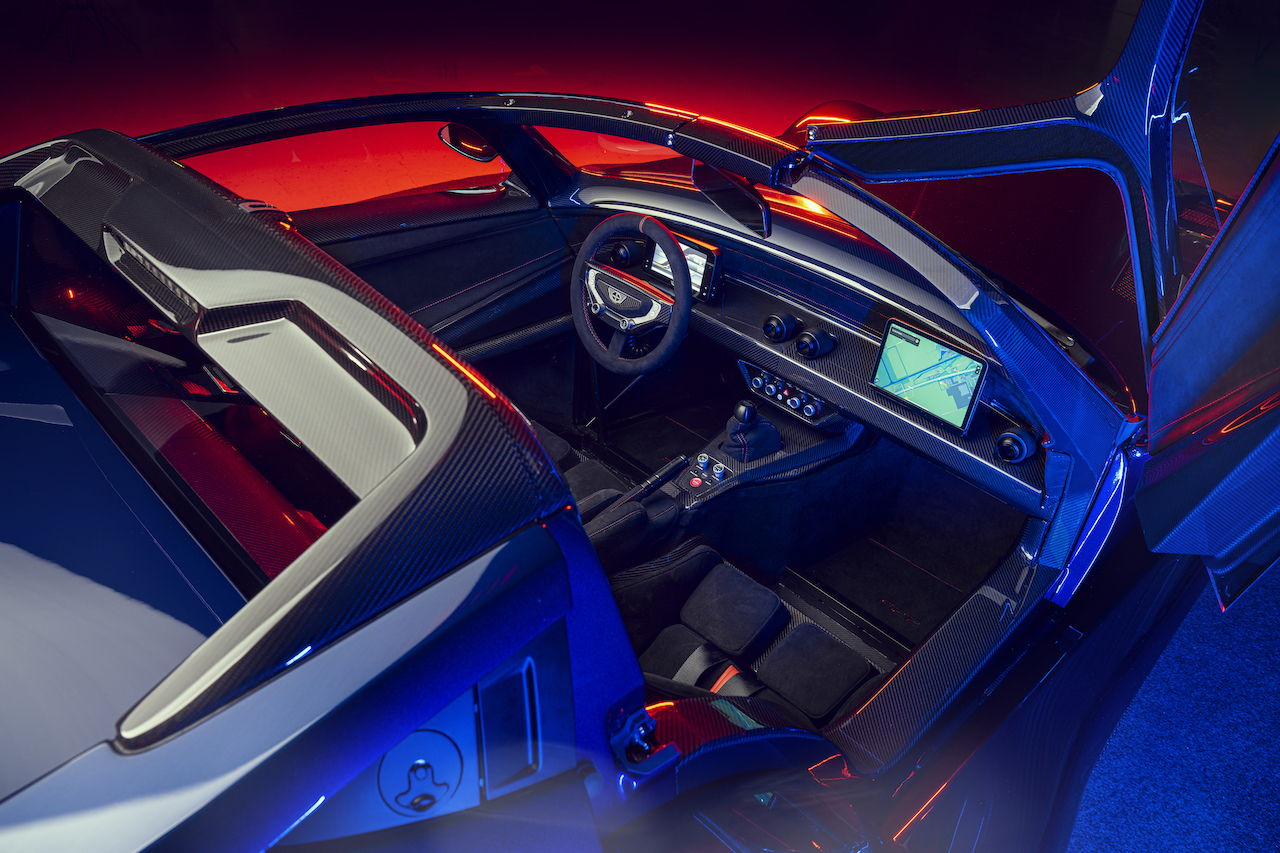 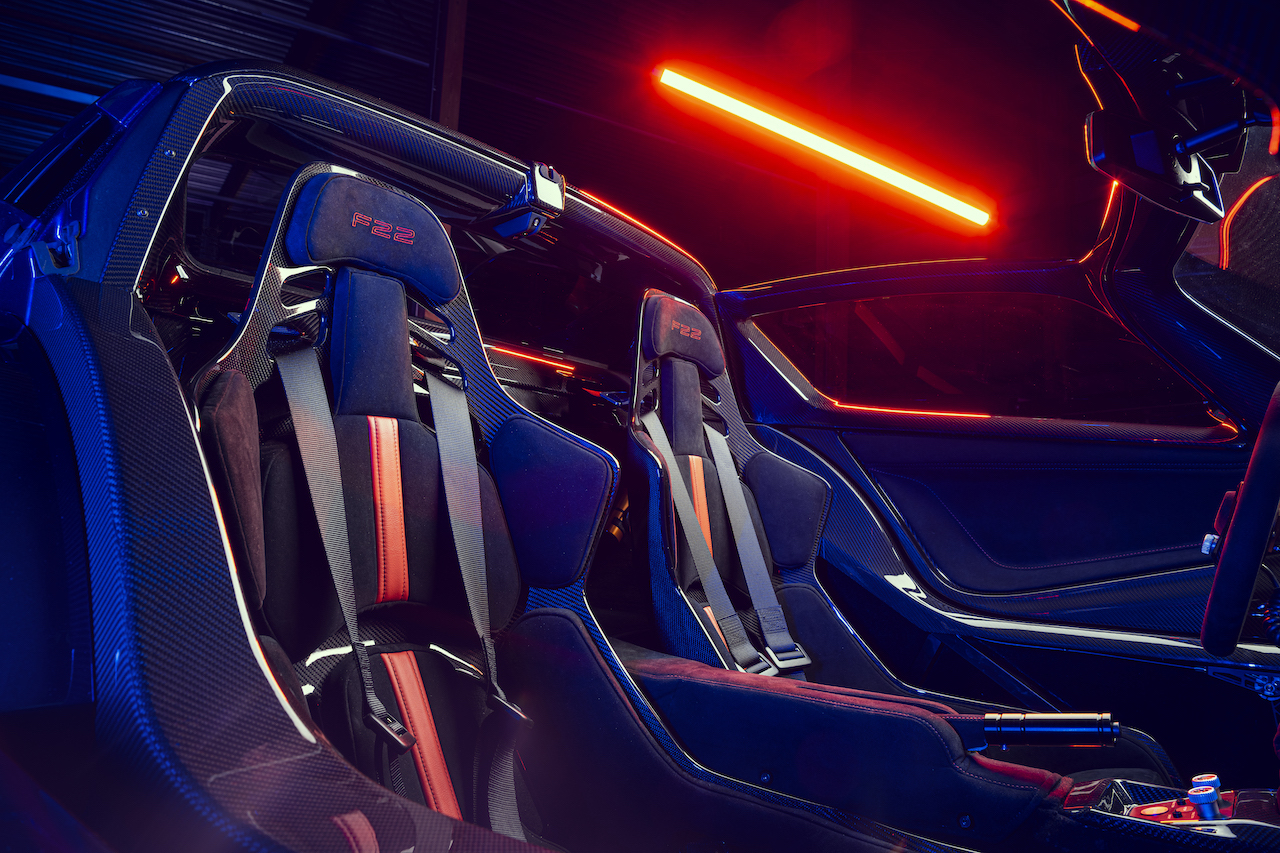 I’m really into this, however: the “Twin Targa” roof, which uses two carbon fiber plates on either side of a removable central carbon fiber rail. (The words “carbon” and “fiber” get mentioned about 20 times in Donkervoort’s announcement. Did you know they’re big on carbon fiber?) Each roof plate even has its own tiny spoiler for stability and noise reduction, and each plate can be stored in the luggage compartment. 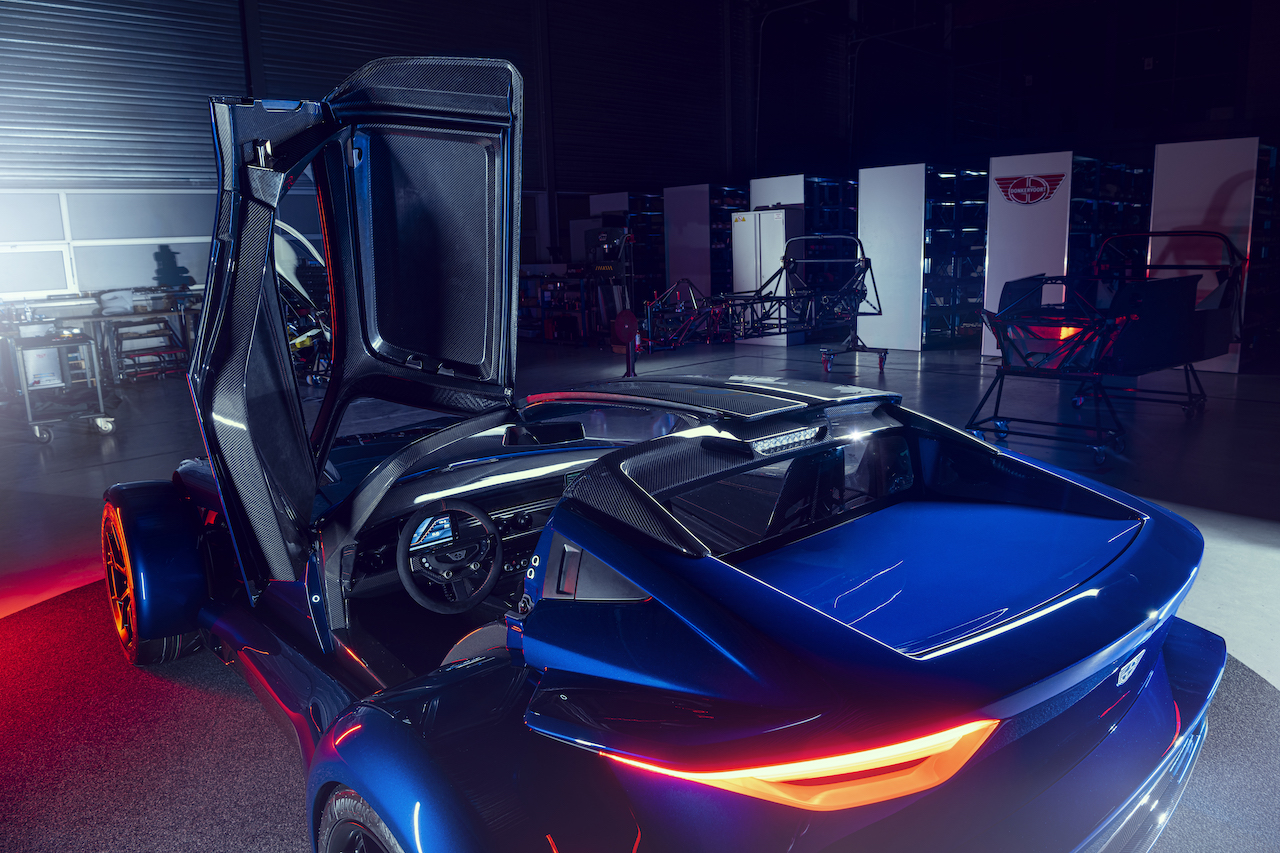 Donkervoort also says there are a lot of customization options available, like the choice between a steering system with no servo assistance or an EPAS system; an air-conditioning delete option; an available track-ready Bosch ABS setup; and custom colors or seat embroidery options.

The company says the car will be sold in Europe, North America and the Middle East, and the starting price is €245,000 in the Euro market. No word yet on American pricing, for those curious, but again, it’s nearly sold out already.

This is a seriously impressive piece of kit—a true supercar with an internal combustion engine (a very unique five-cylinder powertrain setup all around, really) that keeps the weight down, the noise loud and the speeds up. It’s a refreshing antidote to many of the so-called “exotics” we’ve seen lately that just seem to be getting bigger, fatter and more software-laden.

Not a lot of people will own Donkervoort F22s, but all of them will be in for a good time. 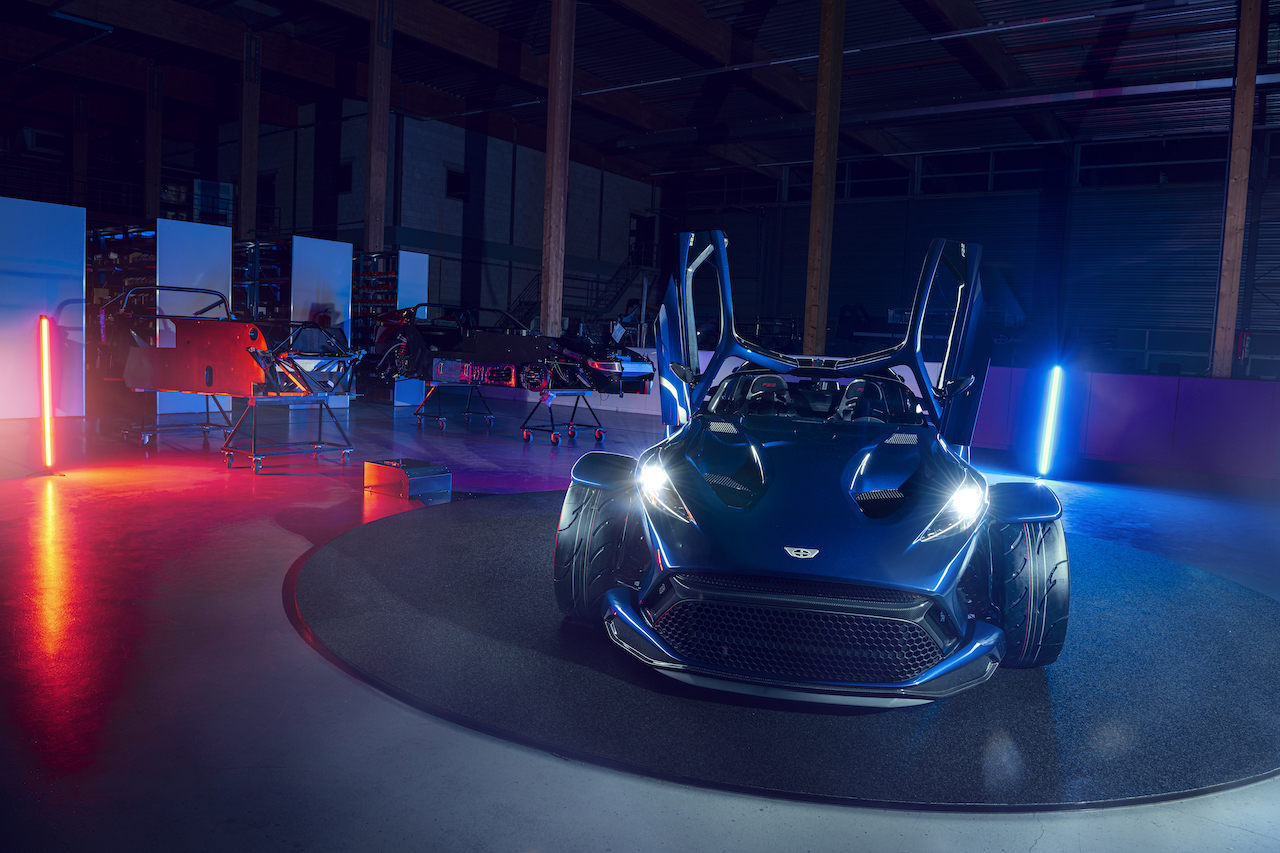 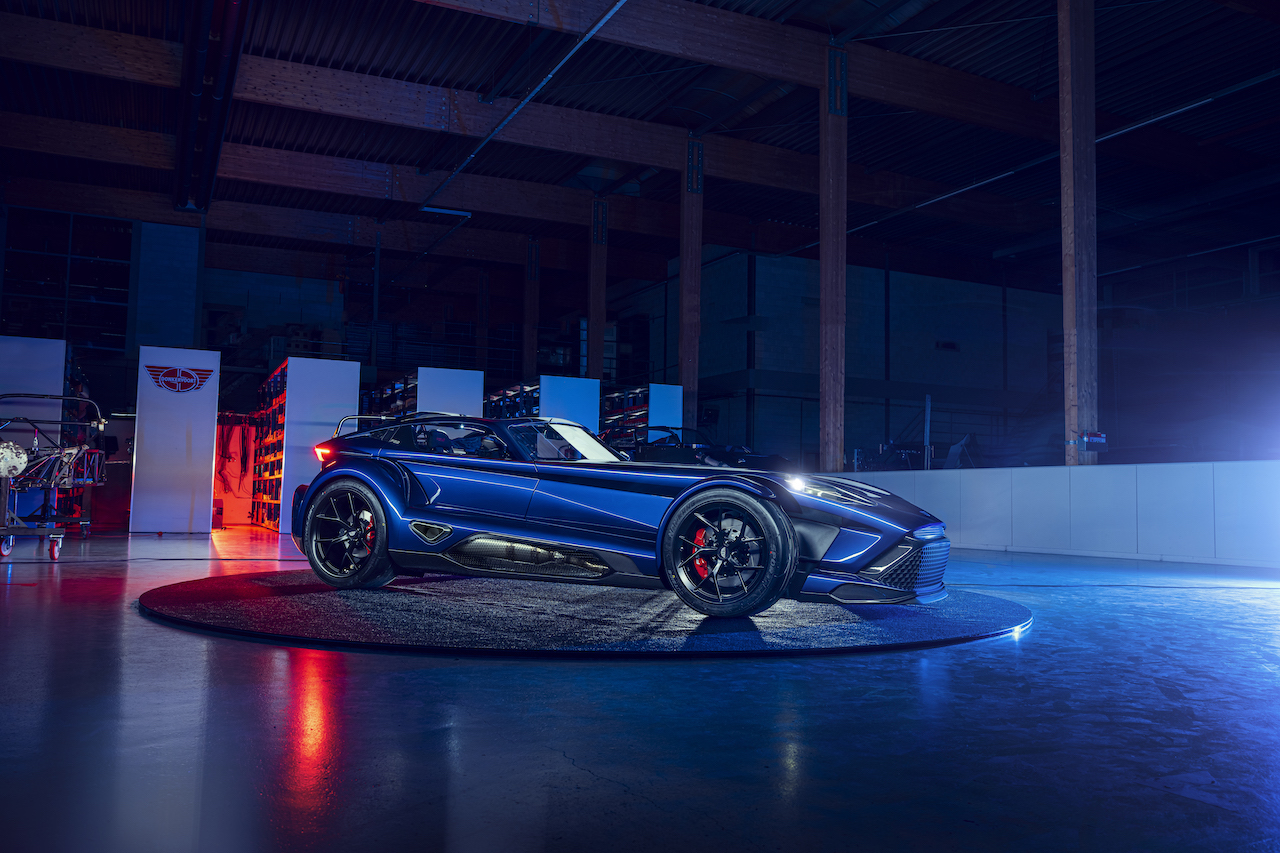 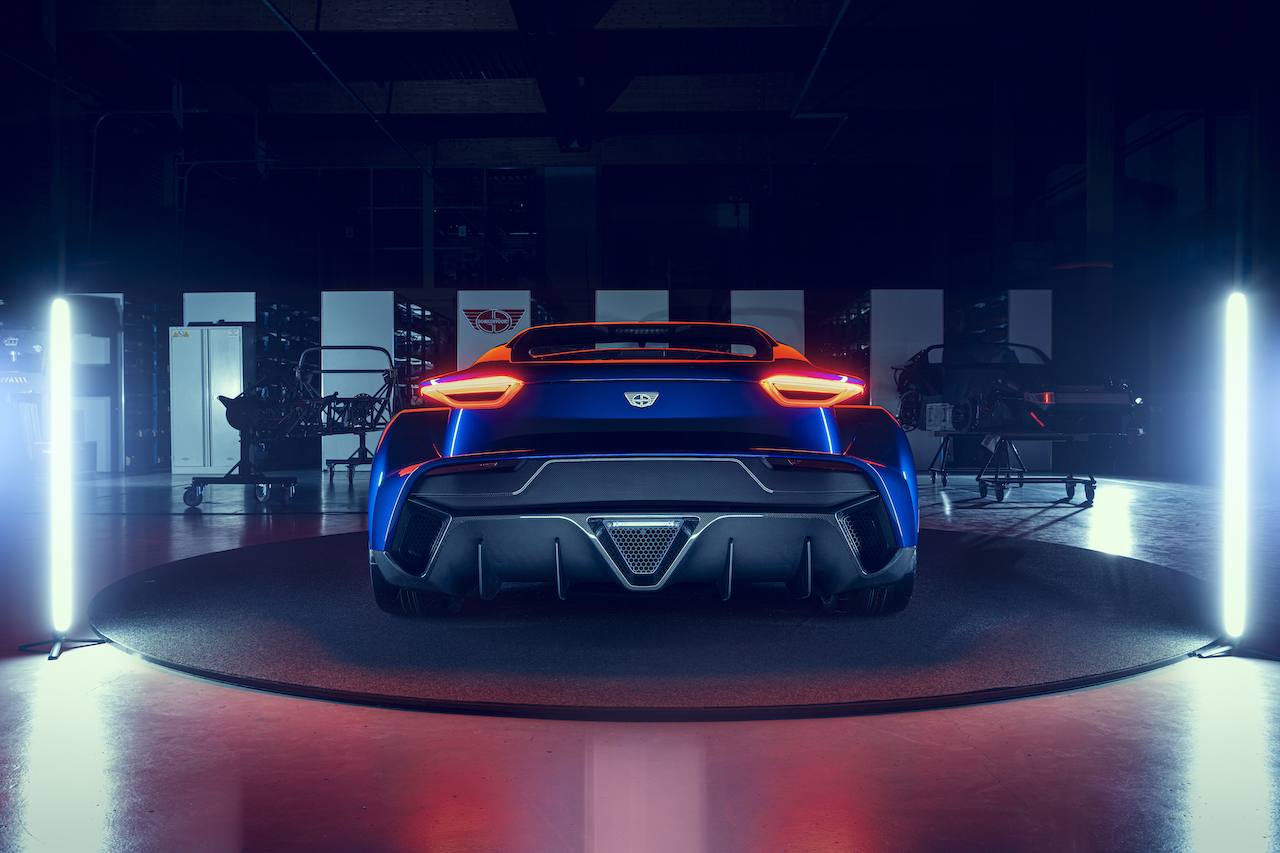 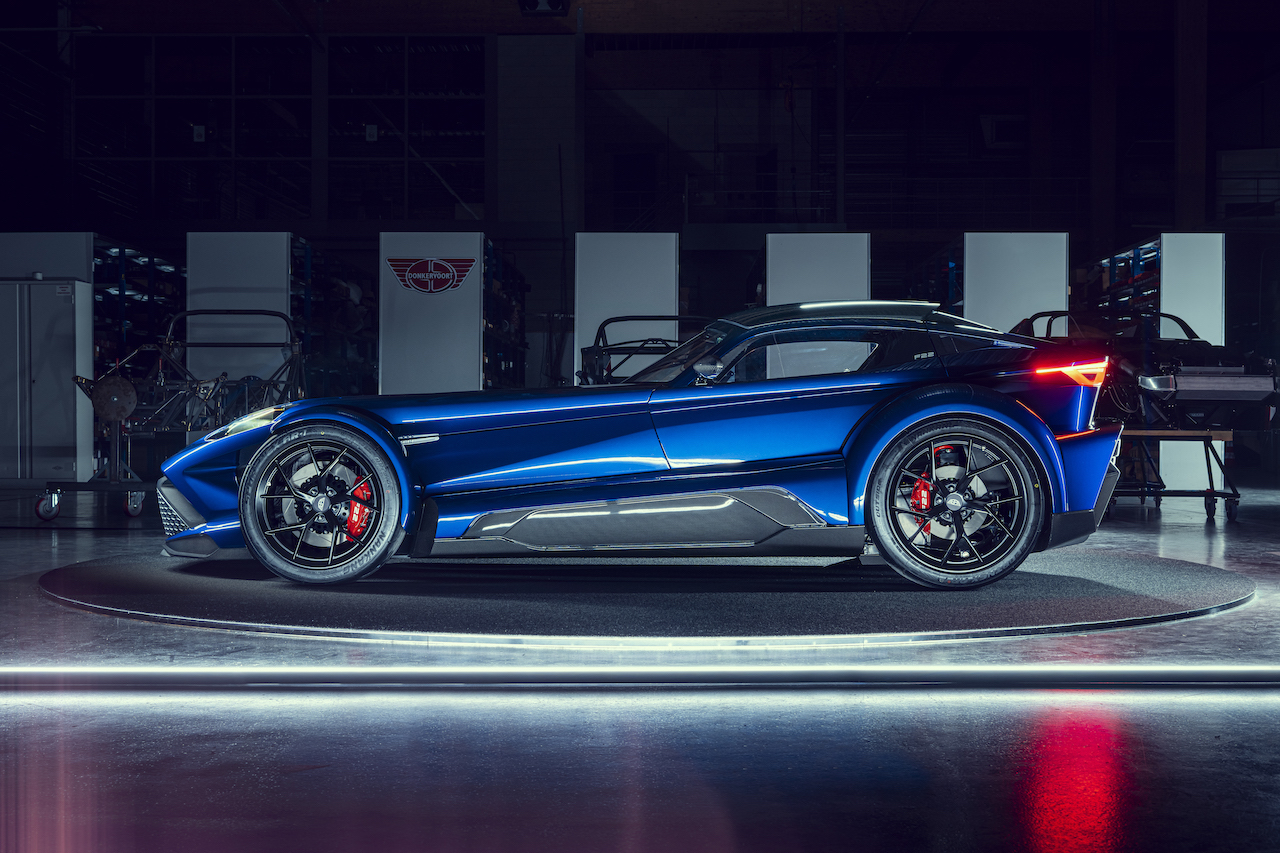 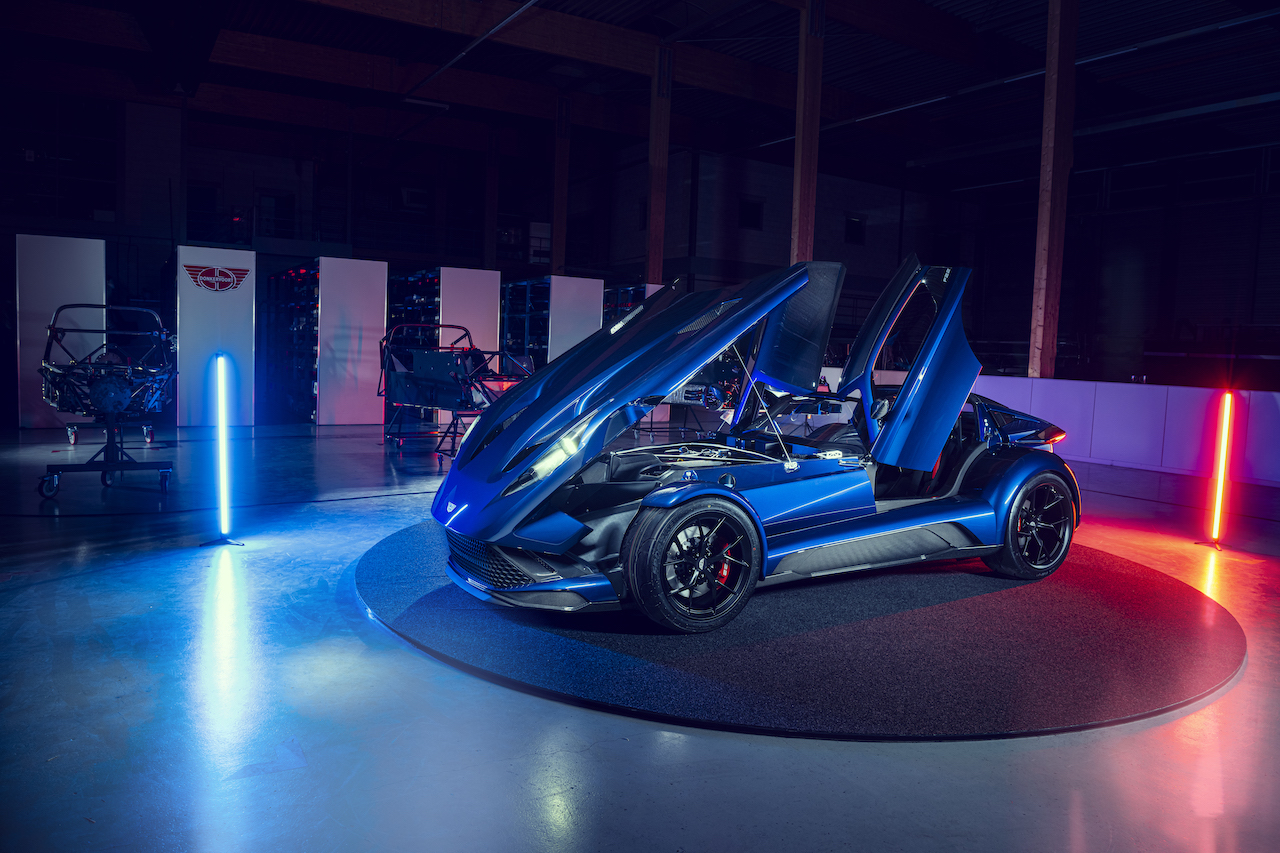