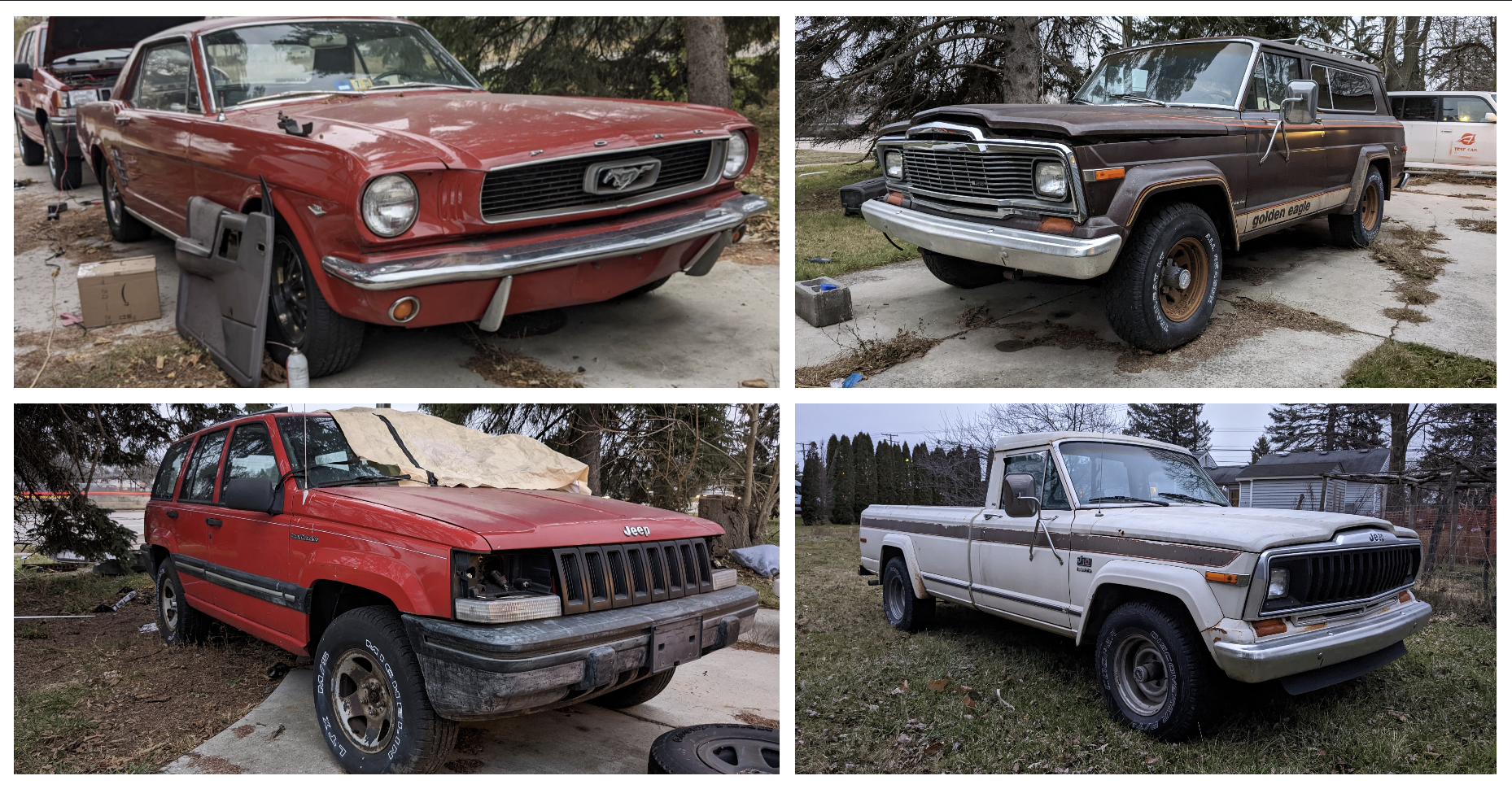 I never thought I’d say this, but: Starting in January, I’ll be living in the heart of show business — Studio City, Los Angeles. Will I suddenly become beautiful? Will I go vegan? Will I start wearing tank tops? Honestly, I don’t know the answer to these, but I’m keeping an open mind. Anyway, getting to LA after living in metro Detroit for nine years is going to ruin me, but there is one thing I’ve figured out: the cars I’m bringing. So if you voted on the polls in my article My Eight Cars Are Preventing Me From Moving Out Of Detroit And I Could Use Your Advice, you can now see if I heeded your input or ignored it entirely. Here we go.

First, I’ll just say that the 346 comments on that other post were heartwarming; I really do appreciate you taking the time to offer your two cents. Second, let me talk about the two cars I sold in the past week: the 1958 Willys FC-170 and the manual 1993 Jeep Grand Cherokee ZJ: 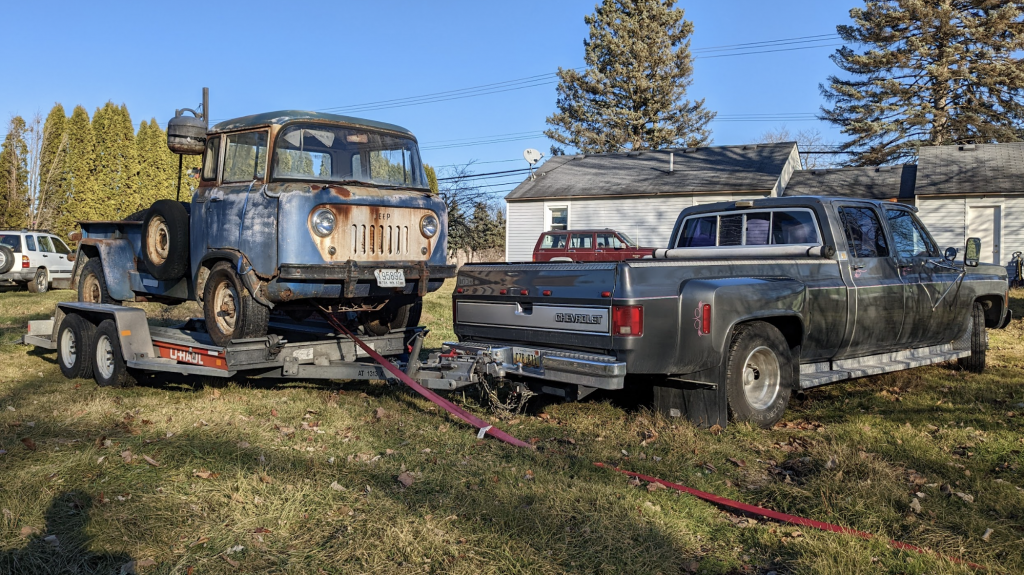 I’ve already written about the FC’s departure in Why I Just Sold My Beloved 1958 Willys FC-170; Click that link for the full backstory and discussion about why I decided to part ways with the charming Forward Control; here’s a short quote:

I’d initially bought that vehicle as part of an EV conversion project I’d pitched to my old employer, and though the job never received the funding I’d expected and was thus canceled, I do plan to do an EV conversion soon — just not on something this rusty. (No point in dropping $25 grand on batteries and electronics if they’re all going into a shell that’s this rotted).

The FC was too far gone, structurally, for me to use as an EV conversion candidate. I want to focus on electrification, not bodywork. As for the 1993 Jeep Grand Cherokee, well, that just sold yesterday. A gentleman in Texas sent me a $9,500 check and a car hauler, I drove the Jeep up the hauler (in four-low to make it easy), and off the Jeep went: 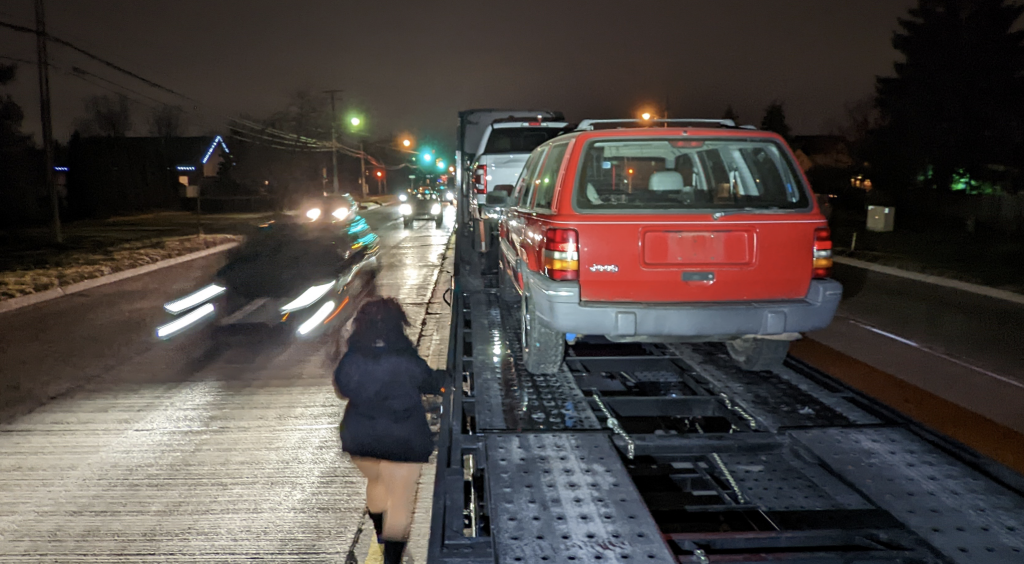 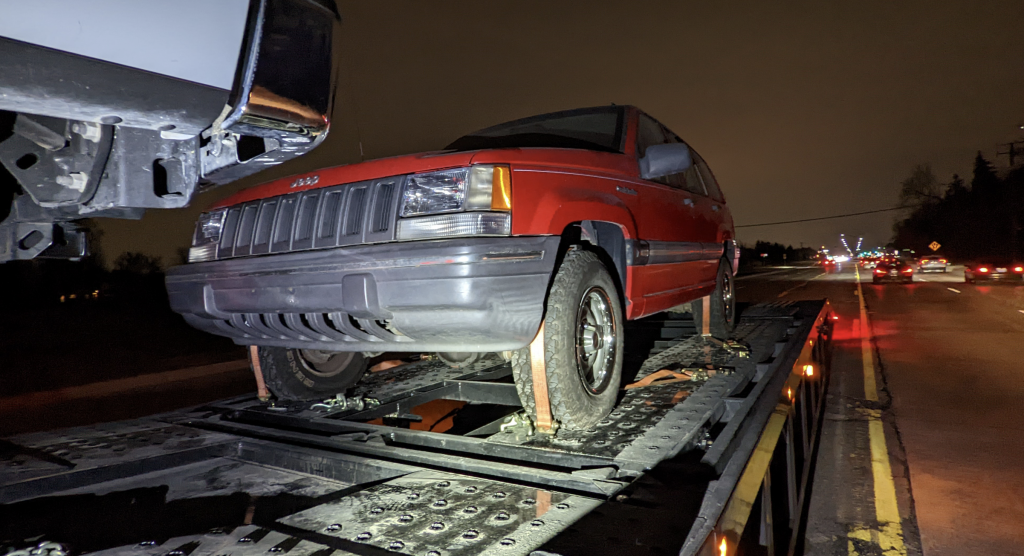 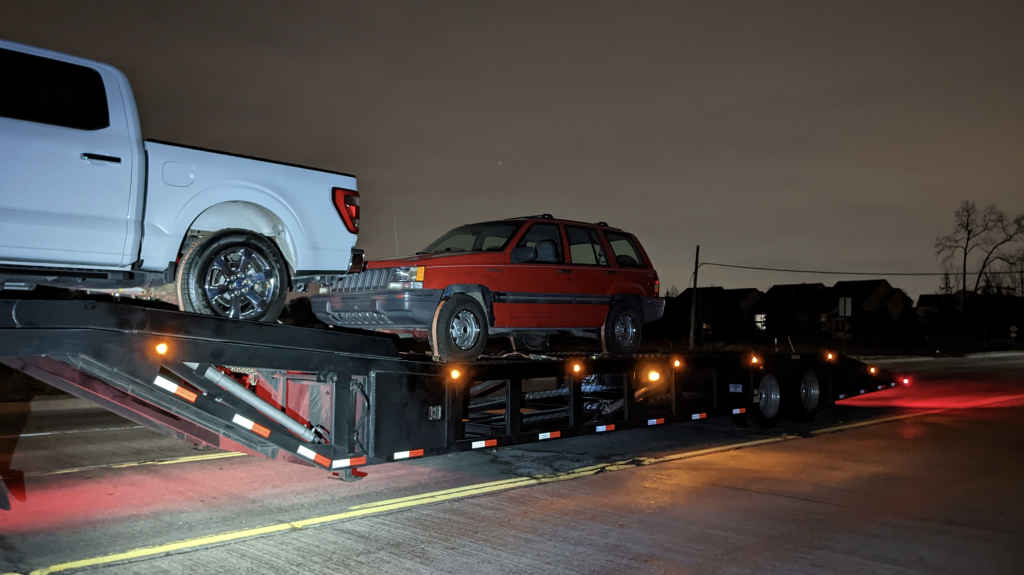 This was no doubt my “prettiest” Jeep and one that some — including my mom — wanted me to hold onto. But here’s the issue: What’s the point of having a beautiful, stock Jeep Grand Cherokee in LA? Seriously, the thing will get 15 MPG in the city, so it’s certainly not worth making my daily driver. And in stock form, it’s not capable enough to be a frequent off-road toy. I could modify it, but why do that to such a beautiful, bone-stock, rare Jeep? Plus, I’d be afraid to scratch it while off-roading.

No, to me, it made more sense to sell the Jeep, make a few bucks to help lighten the blow of this move (and get me a few months of rent!), and instead keep my other manual Jeep Grand Cherokee “Holy Grail.” Speaking of, let’s just get into which Jeeps I’ve decided to keep and why. 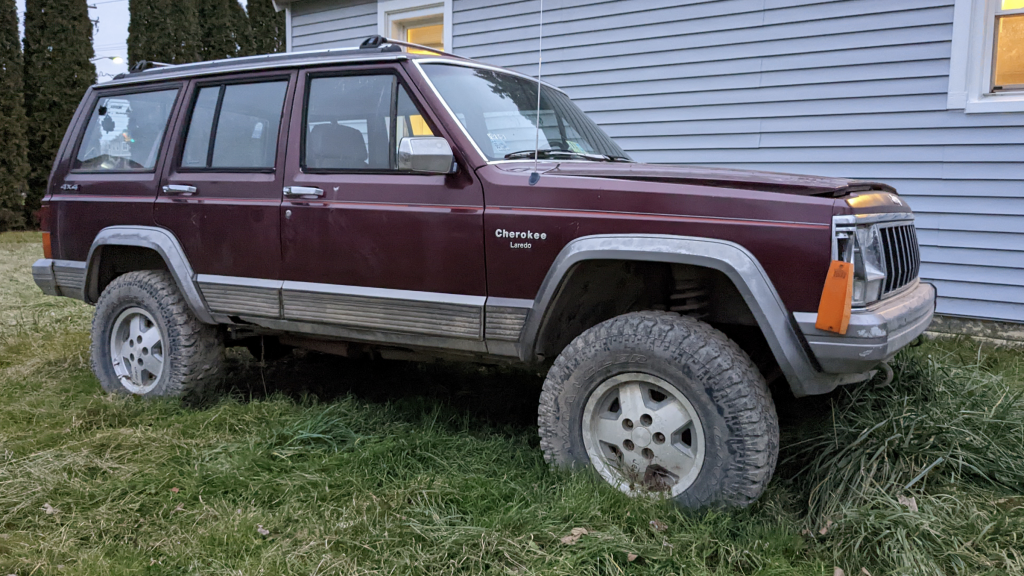 I realize that paying someone to store a car is not a financially intelligent move. But the reality is that this is my first car, and I’m just not able to get myself to part ways with it, at least not right now. And I have very little use for it in California; it needs plenty of work (radiator, rear axle, some rust), and my focus needs to be on improving The Autopian’s content. So, in order to keep things moving and to prevent indecision from thwarting my life plans, I’m just gonna throw the Jeep into storage and move on with my life. 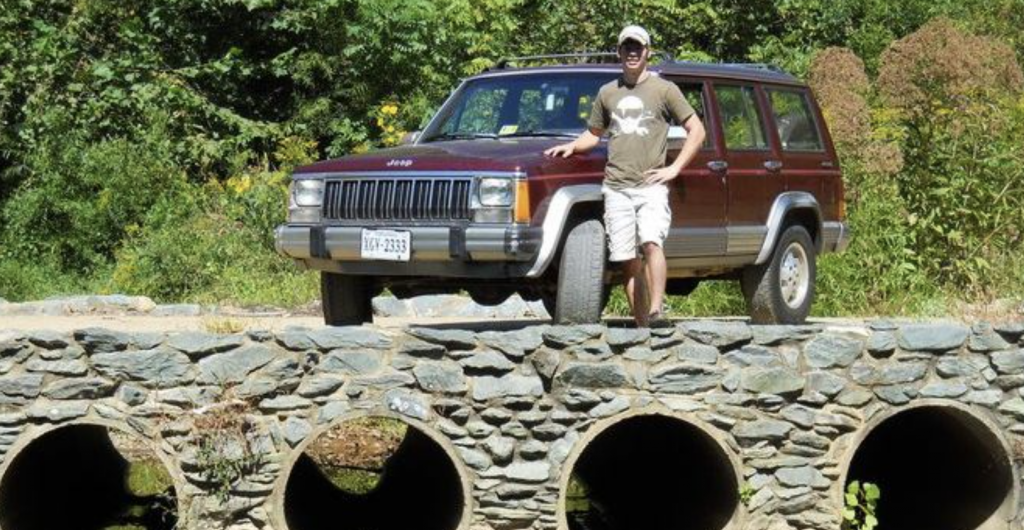 Cars aren’t rational; people daily-drive gas-guzzlers because they like the way those cars make them feel; people name their vehicles; they cry when they lose cars or when they get cars back after years of separation; people put bows on their cars and wax their machines for hours and hours on nice days — my point is that the $1,200 a year I’m blowing to store my very first Jeep are just 1,200 of millions that folks have spent on cars they’re far too emotionally invested in. It’s nothing to be ashamed of, even if it’s a bit silly.

I’ve spent too many hours thinking about this, and I’ll gladly drop $1,200 to kick this can down the road. Keep it movin’. 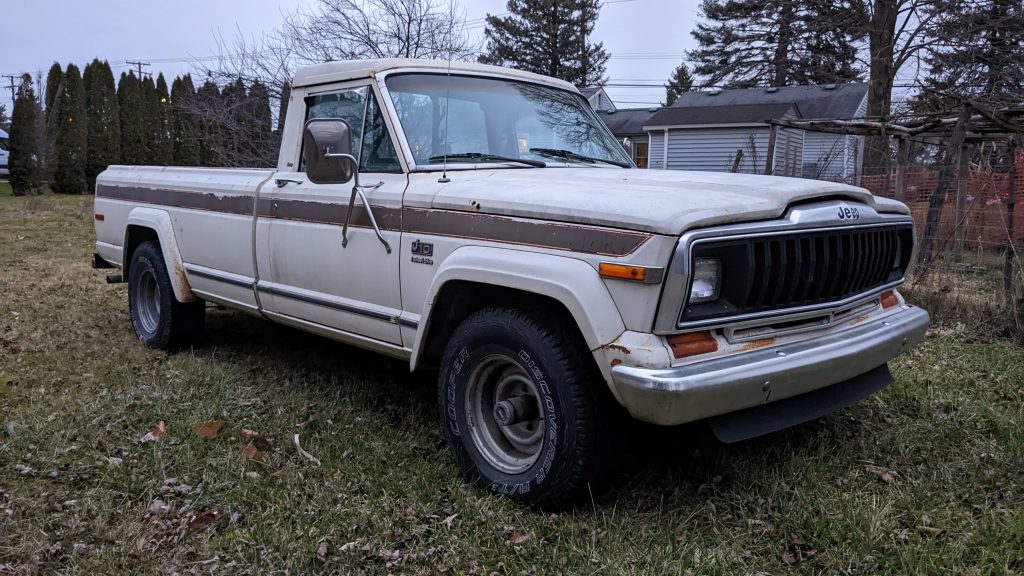 Here’s where I announce the lucky four that get to live in Studio City, California with me! First up: My Jeep J10.

I realize that it’s a 1985 and will therefore fail SMOG testing, but you know what? Bring it on. This Jeep J10 is the most perfect truck in the world in my eyes, and I have no interest in trying to find another just like it, because I simply won’t. This truck will be a huge help during the move, as the eight-foot bed is gigantic. I’ll move my entire household in this beast, then I’ll park it on the Galpin dealership lot and figure out how I can fuel inject it to get it past SMOG. We’ll see! Again, I just need to keep the train moving, here. No more indecision! 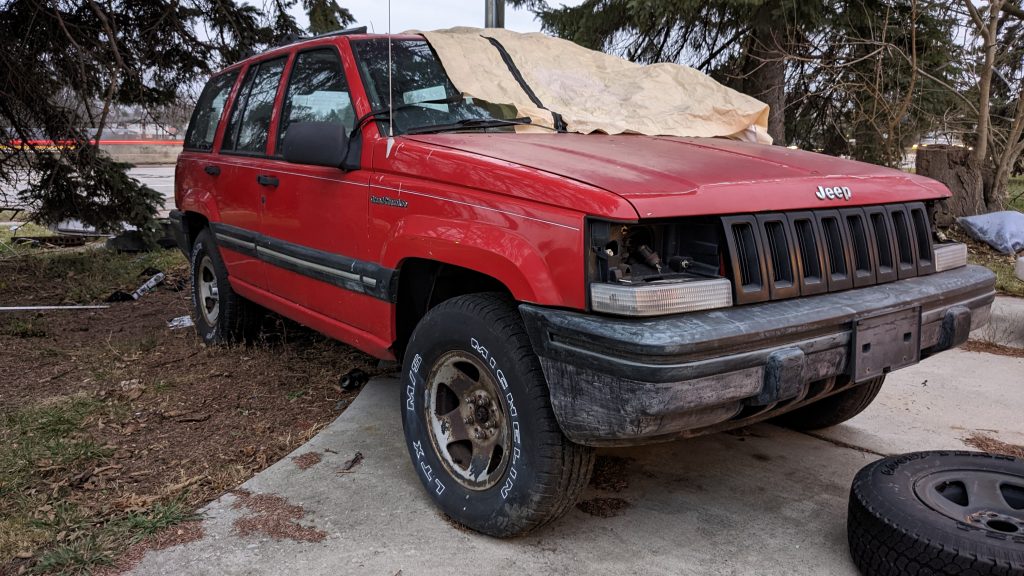 The next lucky machine is my $350 1994 Jeep Grand Cherokee. I’m keeping this because I think the manual Jeep Grand Cherokee is perhaps the greatest budget overlanding Jeep on earth; it’s just the right size, it’s powered by a great engine bolted to a great transmission; it’s incredibly capable off-road but comfortable on-road due to a fully coil-sprung suspension; the cabin is quiet and the seats are comfortable; the fuel tank is nice and big; and it’s just dirt cheap. It’s an amazing machine, which, along with the fact that it’s super rare, is why I keep calling it the “Holy Grail.” I’d be a fool to sell my last Grail, as I’m unlikely to find another at a reasonable price, especially as time goes on. 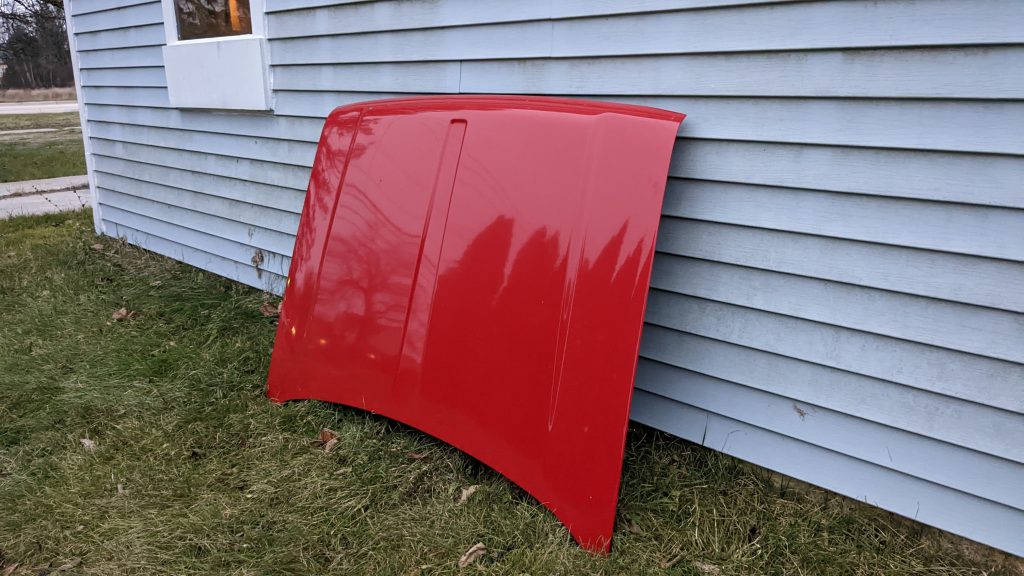 I want a good off-road vehicle so I can explore the trails in California, and I think that vehicle should be the one I’m preparing for my eventual around-the-world overlanding journey. So I’m keeping the ZJ, turning it into the best possible overlanding Jeep I can imagine, and then checking out what California’s off-road trails have to offer. With the new hood my friend Jamie snagged from the junkyard (see above), the Jeep won’t look as good as the ’93 I sold, but it’ll look decent, and I’ll feel comfortable blasting it through treacherous terrain. 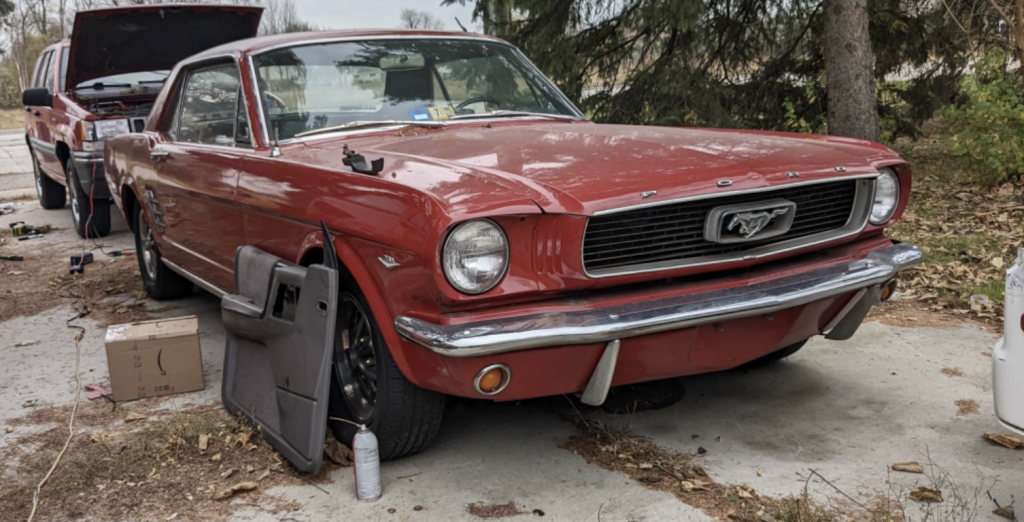 My 1966 Mustang will be my daily driver along with my fuel-sipping 1959 Nash Metropolitan, which is already in California. I don’t have a lot to say about this thing other than that it’s in great shape, and that driving it over the Rocky Mountains in the dead of winter is going to suck. I’ll get into the logistics of the trip here in a bit. 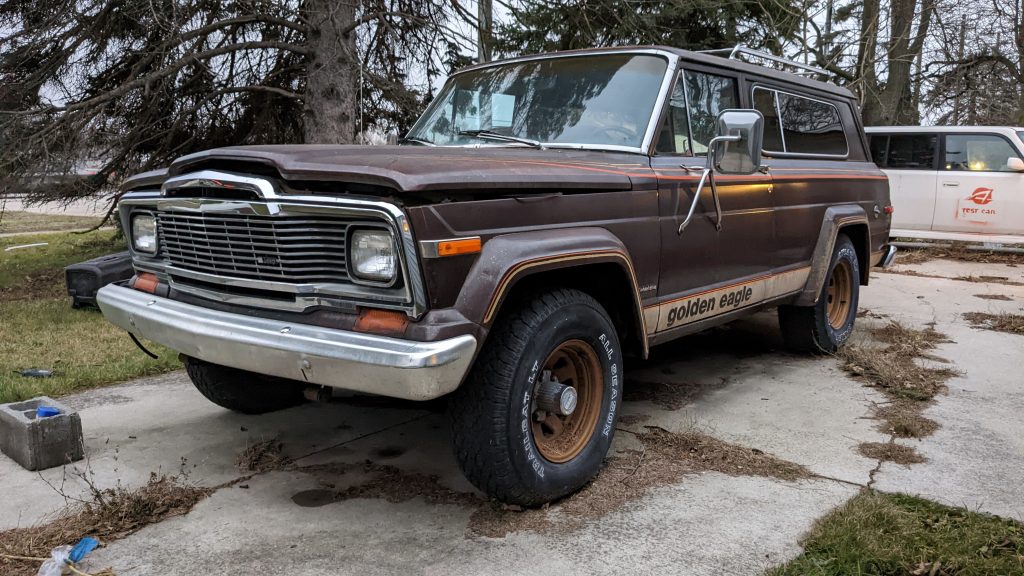 This one is going to come as a surprise to most of you, I bet. I’m keeping my 1979 Jeep Cherokee Golden Eagle, because I think it’s possibly the ideal candidate for an EV swap. I don’t mean that from an engineering standpoint (lord knows it’s an overweight unaerodynamic nightmare); no, I mean that from a financial standpoint. The Golden Eagle is a vehicle whose cool-factor is almost entirely based on its looks, meaning when I drop the requisite $25,000 to electrify it, it might actually be worth something in the end. I don’t plan to sell it, to be clear, but should I need to, I’d rather not end up having to eat $20,000 like I would if I electrified the rotten Willys FC, which nobody would have been interested in buying due to structural concerns.

The fact that both of the AMC 360 engines in my Golden Eagle ended up as paperweights is a sign from the heavens: Just ditch those motors, slap a Tesla drivetrain/subframe in the rear, and roll around in an awesome-looking EV that I can safely daily-drive (the FC, on the other hand, was never designed to do 75 on the freeway — another reason why it wouldn’t have made for a practical, daily-drivable EV).

The Logistics: I’m Going To Be Third-Wheeling A Honeymoon

You read that subhed above right: I’m going to be the third wheel on a literal honeymoon. And to be honest, I’m honored!

At 31, I’ve basically mastered the art of third-wheeling, with my greatest work having been described on the internet just a year and a half ago. I’d just driven my 1994 diesel, manual Chrysler Voyager from Nürnberg to Istanbul — a truly grueling 30-hour trek through horrible border checkpoints — and after the wedding my friend, the groom, asked if I wanted to join him on his honeymoon. Apparently he was inviting some buddies to Cappadocia, a gorgeous region known for its caves and hot air balloons, situated about seven hours east of Istanbul, about five hours from the Syrian border. Everyone else flew, but I drove; the few days in Cappadocia were mind-blowing, but what’s relevant to this discussion is what happened early one morning when the whole group of about 10 headed up in a hot air balloon.

I somehow ended up in the section of the basket with just the bride and groom. Yes, me, a bride, a groom, on a honeymoon, in a hot air balloon basket. Now that’s third-wheelin’! Check it out:

Anyway, I will have a chance to one-up that third-wheel experience this February, when my friend Andreas (whom I’ve written about multiple times before) and his soon-to-be-new wife Josie fly to the U.S. for their very first time! I’ll attend their wedding in Nürnberg in January, then come back to Michigan, where I’ll prepare the 1966 Mustang for a cross-country trip (I’m slapping winter tires on, of course).

Honestly, I’m just excited to be able to introduce the U.S. to these two marvelous people, and to do so by road-tripping a ’60’s Mustang from Detroit to Los Angeles — it should be an unforgettable trip for them, and I hope they have a great time because they deserve it. I’ll write about the whole trip, and introduce you to them; they’re featured in the video below.

So that takes care of the Mustang. What about the J10? Well, I’ll drive that one out sometime in December/early January. That’s when I’m starting to move into the apartment. I want to make sure the place is somewhat livable for when Andreas, Josie, and I show up in February. LA will be their home-base; they’ll just explore the U.S. from there.

Part of me would rather do the honeymoon in the J10, since I know it’s a great road-trip machine (I’ve never done a long road trip in the Mustang), but three-across for 3,500 miles could be rough, especially for the center person. I’ll just have to dial that Mustang in. It’s not far off from being a cruisin’ stallion.

As for the Golden Eagle and Holy Grail? I haven’t figured out what to do there. I could have them shipped, though that’d cost a pretty penny I bet. Maybe I can get a trailer and tow them both with a heavy duty truck? I’ll have to run the numbers. In any case, that’s the plan: Store the XJ, drive the J10 later this year and the Mustang in February, and somehow haul the 1979 Cherokee and 1994 Grand Cherokee out west (I’ll also get rid of my excellent Chevy Tracker). Not the most logical, but the decision is made. I can make adjustments once I’m cruisin’ Ventura Boulevard.