I’m throwing away my oil-covered sweaters and pants; I’m giving away big tools like engine cranes and transmission jacks; I’m donating all my cans of PB Blaster and Kroil and Liquid Wrench; I’m leaving my MAPP torch behind. And above all, I’m selling some of my cars. After nine years tempting the tetanus gods, I’m moving out of Michigan for The Land That Rust Forgot, California, and the latest vehicle I’ve parted ways with in order to make that happen is my 1958 Willys FC-170. Here’s why I let it go.

Two years ago a man named Tom Mansfield emailed me a link to a 1958 Willys FC-170 for sale near Seattle, Washington. The thing was rusted to hell, likely hadn’t run in decades, and was thousands of miles from my house. But it was cheap, so I asked Tom to buy it; he did, and even stored it on his property until I could arrive in the spring to spend a month wrenching whilst avoiding trenchfoot. I’d initially bought that vehicle as part of an EV conversion project I’d pitched to my old employer, and though the job never received the funding I’d expected and was thus canceled, I do plan to do an EV conversion soon — just not on something this rusty. (No point in dropping $25 grand on batteries and electronics if they’re all going into a shell that’s this rotted).

“So it was all for naught?” you might be thinking about my FC purchase. Absolutely not. The incredible experiences I had with this blue pickup were life-changing. Seriously, if you have a free 45 minutes, watch the video below and read this:

The year 2020 was a rough one for a lot of people. The pandemic made me have to confront the fact that world-order is volatile and life is short. Remaining obsessed with literal bolted-together parts that comprise cars was difficult to do during that time. The lockdown had me overthinking all sorts of life decisions, and the result was just a general loss of passion for most things, including — somehow — machines. This made blogging borderline impossible.

My solution was to wrench my way out of that hole, and it actually worked! First, I bought the 1994 diesel manual Chrysler Voyager shown below, fixed it with some great German friends, then road-tripped it around Europe, meeting readers along the way. I even took a dip in the Baltic Sea before visiting supercar-maker Koenigsegg; I wouldn’t recommend it.

Then came the FC, which was so broken, I really should have taken Tom’s advice and not purchased it in the first place. But, as The Autopian’s new T-shirt says, I’m a member of the church of “Buy First, Think Later,” and I know better than to ignore religious doctrine.

As you can see in the top video, that trip pushed me to my limit, but introduced me to some great people like Tom, Jay, and Zack. Not shown are all the readers I met along the way. Both of these machines taught me the value of cars as a binding agent for society at large. Automobiles are, in some ways, a great equalizer, and there simply aren’t enough of those in this world. Their value in bringing people together — a key ingredient in opening up echo chambers and building true understanding between people from different walks of life — cannot be overstated.

I think the FC fulfills this role better than any car I’ve ever owned — it’s impossible not to love. Farmers in rural America dig its versatility, city-slickers can’t help but admire its cuteness, and I think its general state of decay makes it feel attainable to all. The vehicle gets thumbs up from every crowd, and I’m glad to have helped get it back up onto its feet so that it can continue to do so. 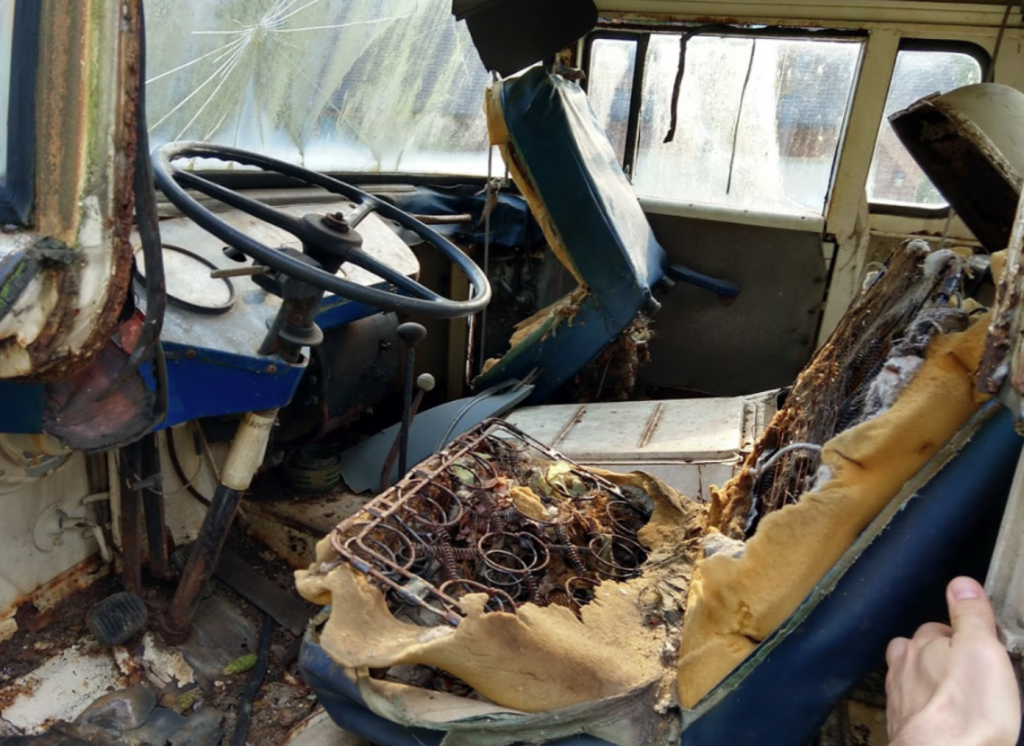 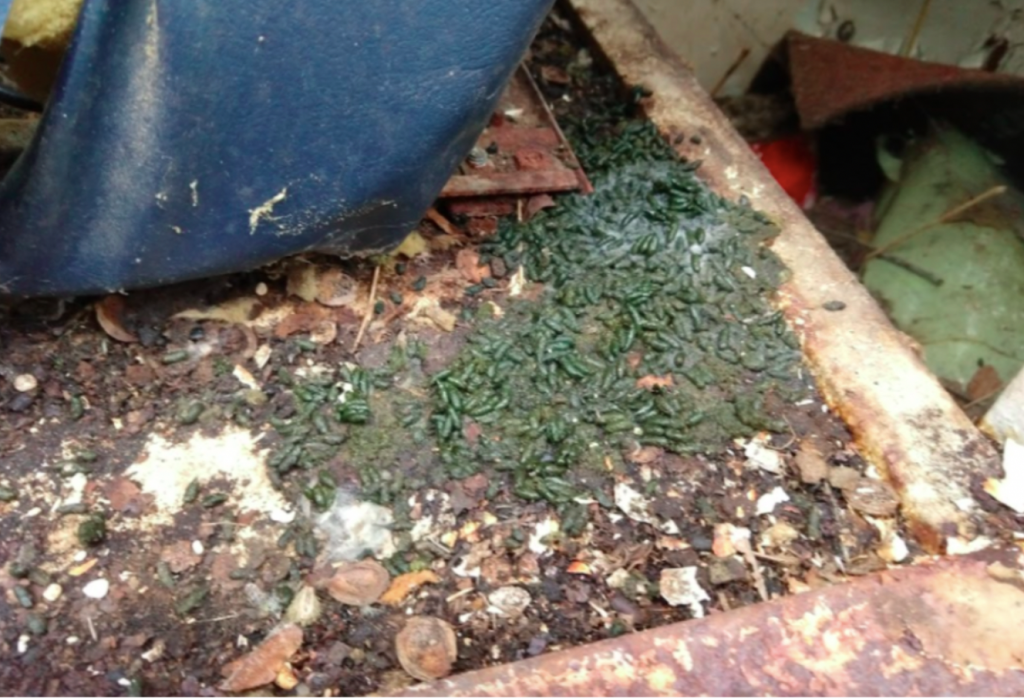 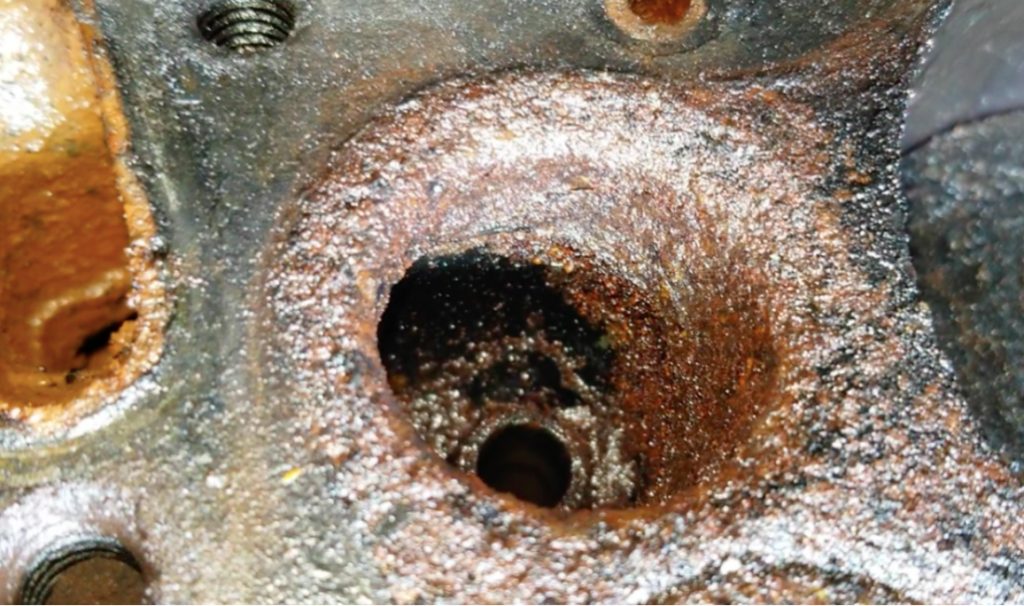 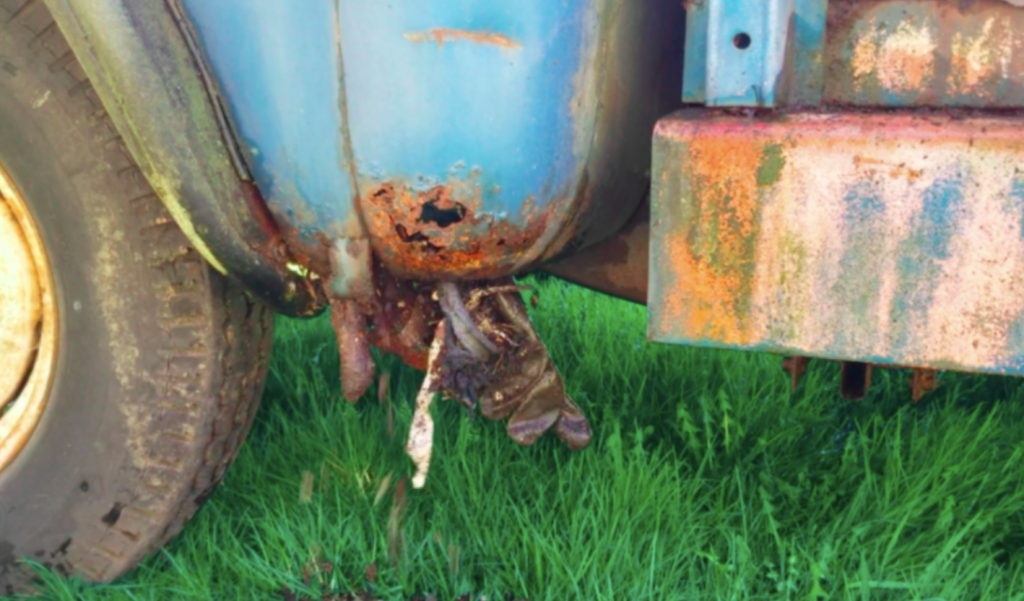 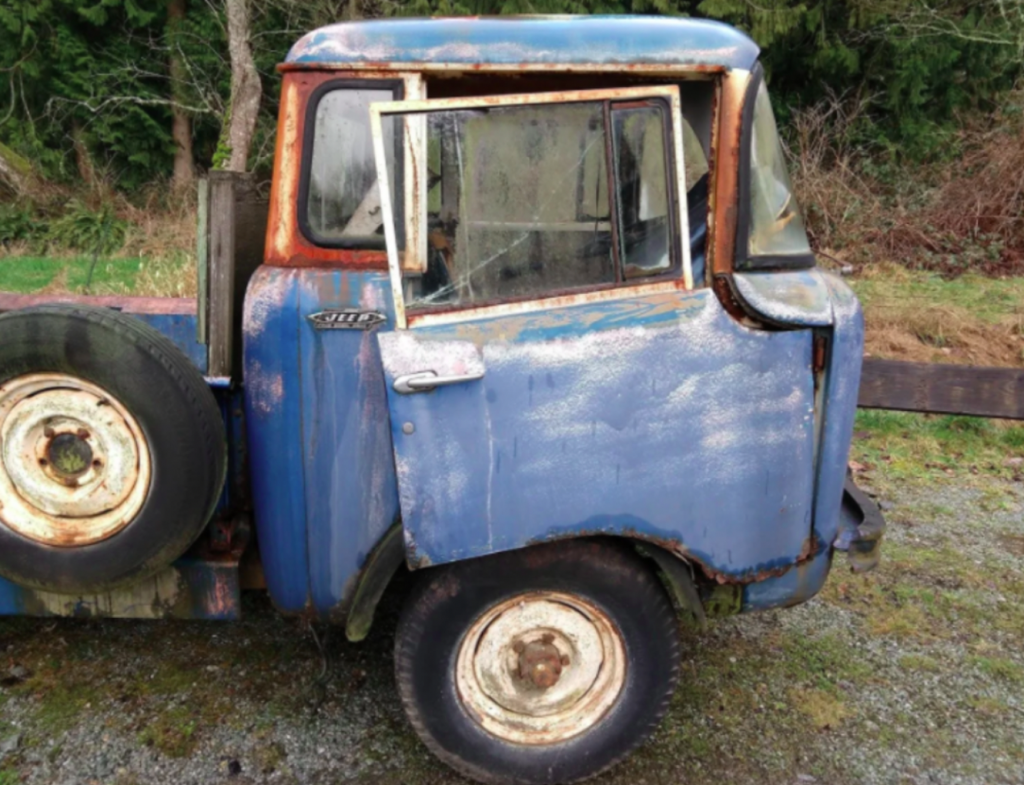 That’s really my goal when I buy a junker, fix it up, and then road-trip it. You’ll notice that I rarely do aesthetic restorations — it’s all mechanical and electrical. That’s mostly because I’m cheap, but also because the point is to buy a vehicle that’s destined for either the crusher or to become a parts-car, and actually get it on the road. Once there, it’s gone from being a carcass to being an actual, viable, restorable machine. Many of my previous projects, including my 1986 Jeep Grand Wagoneer and 1948 Willys Jeep — two machines that started as parts cars at best — have gone on to become someone’s treasure. The Wagoneer has even had body work and paint done! With Project Cactus, my Australian ute that was nothing but a shell when I arrived in Oz back in August, the goal was the same: fix it so that it can get back on the road, and hopefully stay there for at least another 30 or 40 years. You’ll find out if I managed that on Christmas day, but an update is coming this week.

After my trip in the spring of 2021, I got the FC running and driving; now the new buyer sees it as a restoration project – something that just needs some bodywork and paint before it can be brought back into regular duty. I’m thrilled about that. 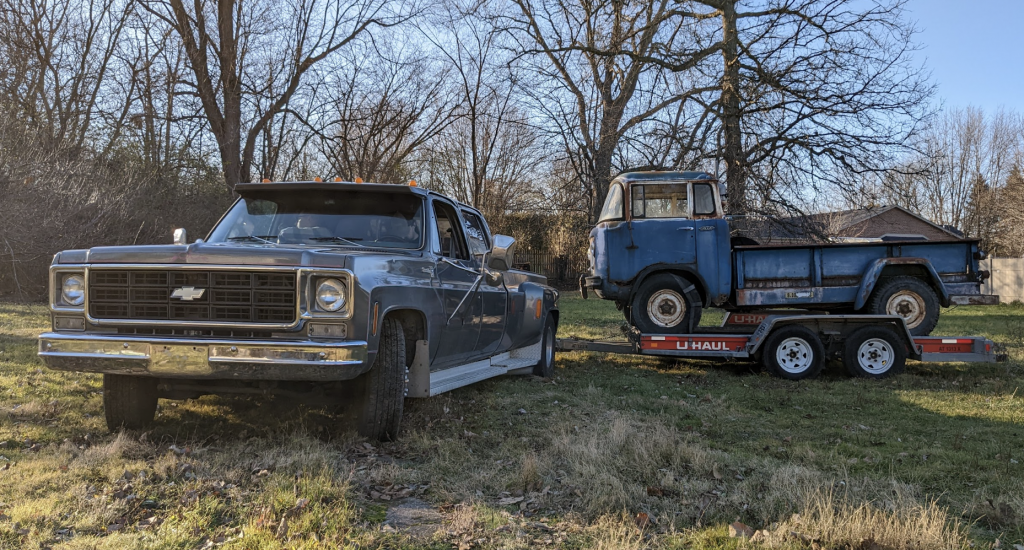 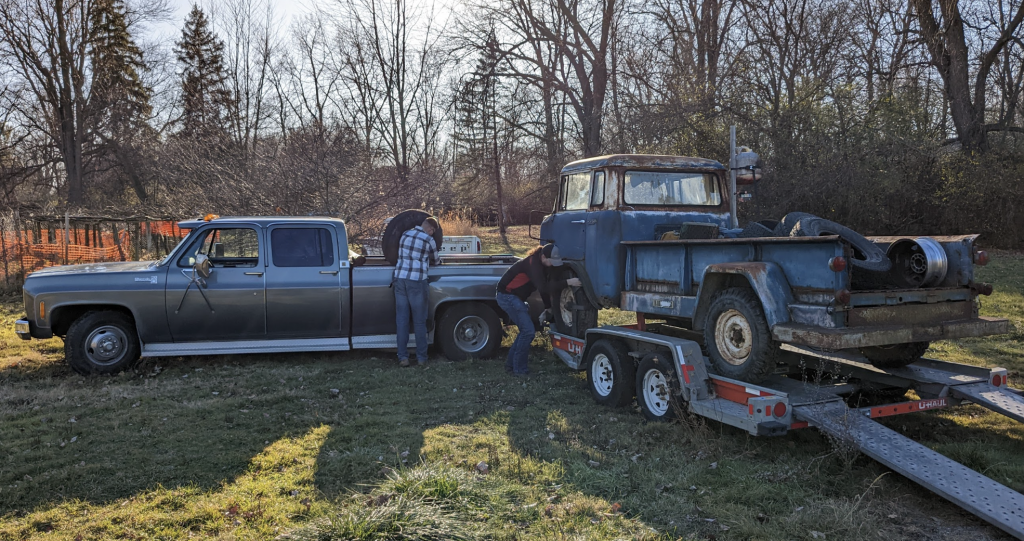 The buyer, an electrician named Charles, showed up in a beautiful dually, crew-cab Chevy C30 pickup equipped with a V8 and four-speed manual transmission. Charles asked me to try to start the FC so we could drive it up onto his U-Haul trailer, but the plastic bulb I use to siphon gas out of the jerrycan mounted to the wooden pole (I ran the engine off gravity) had turned brittle from gasoline exposure. So we did the old trick of jackknifing the tow vehicle, and then pulling the FC up onto the trailer: 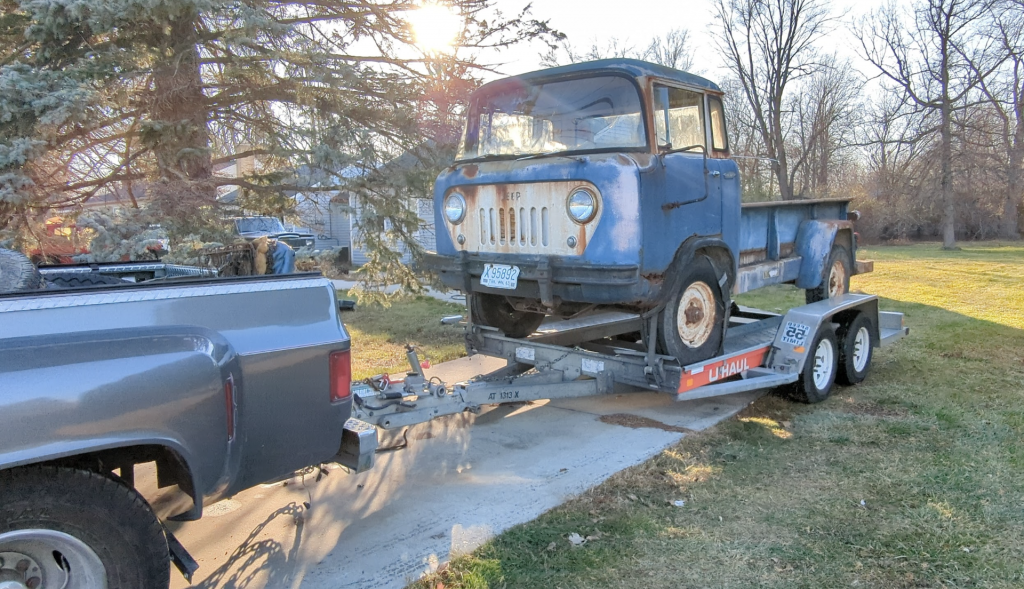 Charles threw me $4,000 for this machine, which had cost me $1,500 back in late 2020, but had probably sucked up around $2,500 in gas and parts during that trip out west. I was happy to get back what I’d put into the rustbucket. I’m excited to see what Charles can do with the FC; he says he plans to fix the rust, install a dump-bed, and chronicle it all on a new YouTube channel. I’ll keep you all posted on his progress. 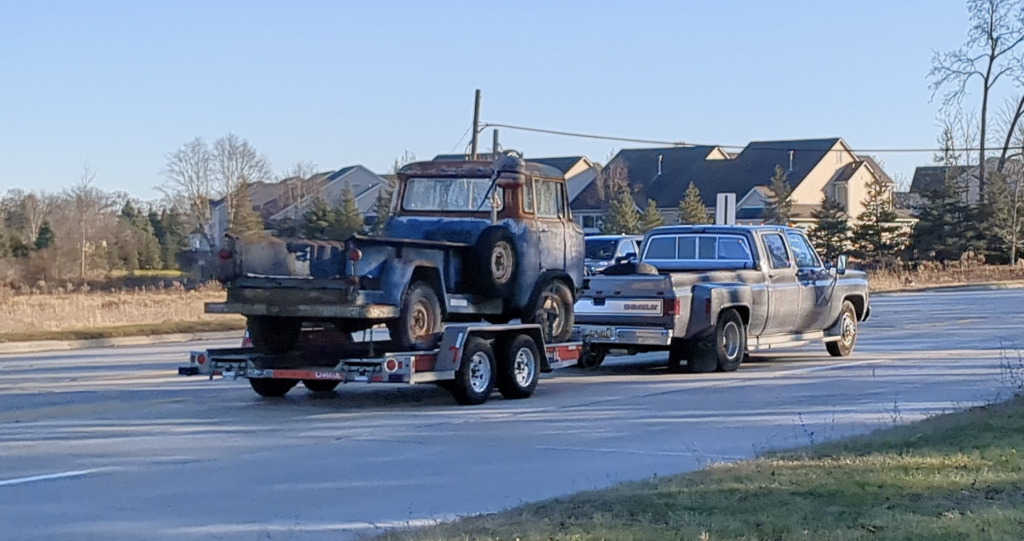 The FC was a tough one to part ways with, but there’s no point in holding on. Even when it drives, it can’t go much faster than 40, it’s too rusty to EV-convert, and it’s not exactly small, so it’d be a bear to store out in LA. It was time to let go, and to instead do an EV conversion on something that is relatively solid, and that has a chance of being valuable enough that the tens of thousands of dollars I put into that conversion won’t all go into a black hole. Maybe I’ll choose the Golden Eagle? I still haven’t figured out how to get that to LA.

Logistically, I still don’t have my moving plans sorted, which sucks, because I have an apartment already — right in the heart of show business, in fact: Studio City. That’s right, folks — a man who subsists on rust flakes and PB Blaster, who literally goes grocery shopping wearing a green mechanic’s suit and a headlamp, who leaves his groceries in his cars on cold days, and who spends at least two days a week at junkyards is going full-Hollywood. This can’t possibly go poorly, can it? [Ed Note: There’s essentially zero chance of David going full Hollywood. I sent him a few Zillow links for some nice places and instead he picked a place that’s, well, not as nice. Also, if you’re worried this means fewer project cars, I was with David as he walked around the Galpin backlot and realized just how many places he now has to shove cars. More is coming. – MH]

Rust-loving Jeep man, cofounder and EIC of The Autopian, Jason's friend. Email: david@autopian.com
Read All My Posts »
PrevPreviousThe 2024 Acura Integra Type S Will Be A Second-Hand Icon
NextA Man Loved The C4 Corvette So Much He Bought A Red One Of Every YearNext