Color me unsurprised. Acura is trotting out a hot 2024 Integra Type S, a car that should really silence everyone who based their Integra memories on the hot GS-R and Type R models, then demonized the new Integra for being a five-door hatchback. While it’s destined to be a very niche product, I have a feeling that the Integra Type S will be massively revered on the second-hand market, especially once it exits production. Let me explain.

Let’s start with what we know about the Integra Type S. Acura announced on Monday that the Type S — the revived name it’s using for performance-focused cars — will have a two-liter turbocharged VTEC engine producing “over 300 horsepower” and putting power down exclusively through a six-speed manual gearbox with a limited-slip differential. On the regular Integra, a manual is only available on the top A-Spec model with the Technology Pack, albeit as a no-charge option. As expected, this probably means the new Integra will be fairly comparable to the new Civic Type R that it shares a platform with, and that’s good news because the new Type R is already winning over reviewers. 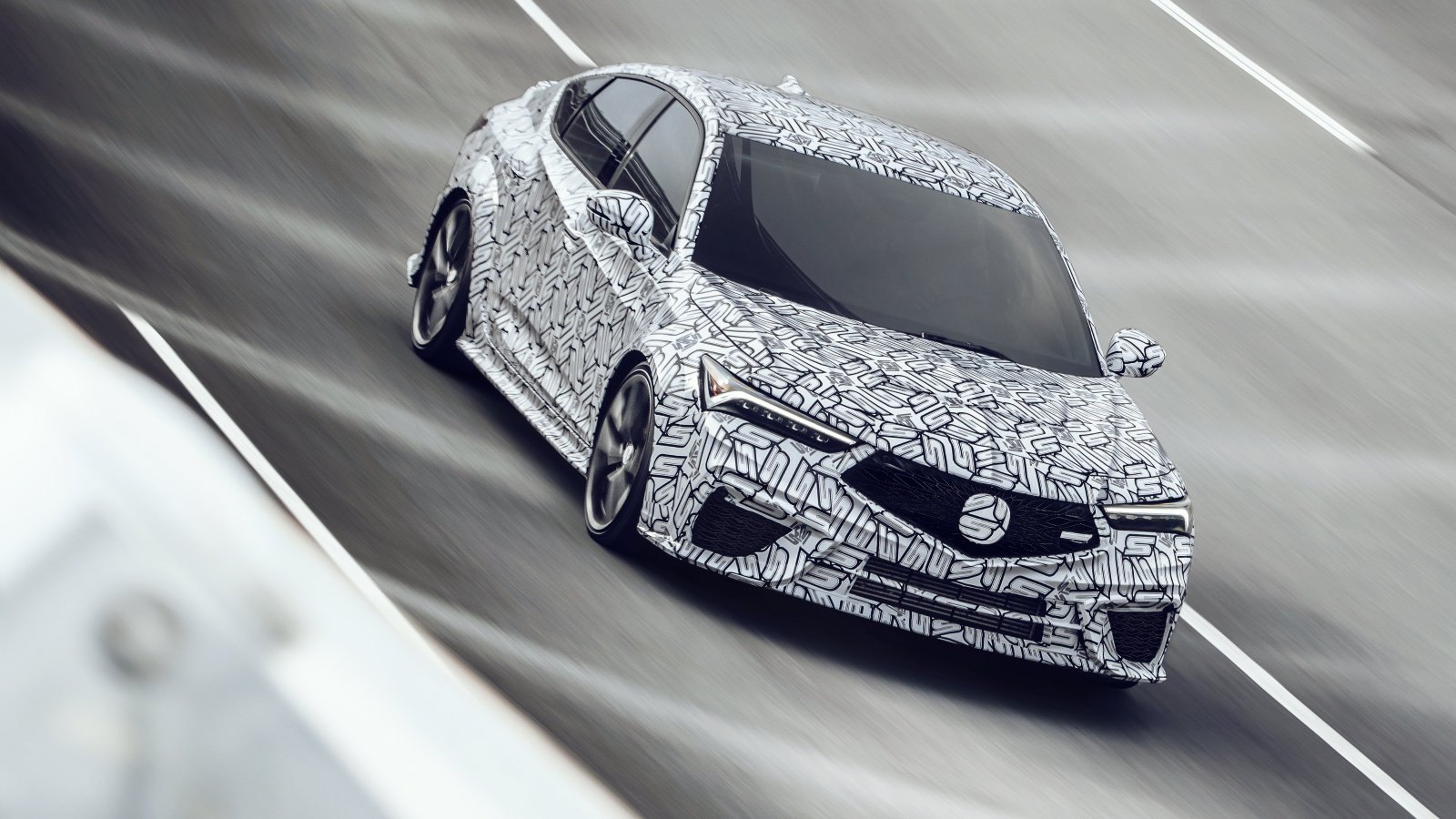 But while the regular Integra has been somewhat unfairly compared to frenetic VTEC memories from the Hot Import Nights era, the new Type S will be more faithful to our collective exaggerated version of history. And it had better really bring the heat to be worth it.

Let’s start by running through some numbers that we know. In America, a manual Acura Integra costs a whopping $7,700 more than a 2023 Civic Si at the time of writing. That’s a huge sum of money, especially considering what that $7,700 gets you. Aside from the obvious liftback and adaptive dampers that were standard on the old Civic Si, the Integra really just adds comfort features like a more powerful stereo, heated seats, a heated steering wheel, and a nameplate that instantly evokes good vibes for anyone who’s still really into Incubus. This puts the standard car on shaky ground and could spell serious sales trouble for the Type S. 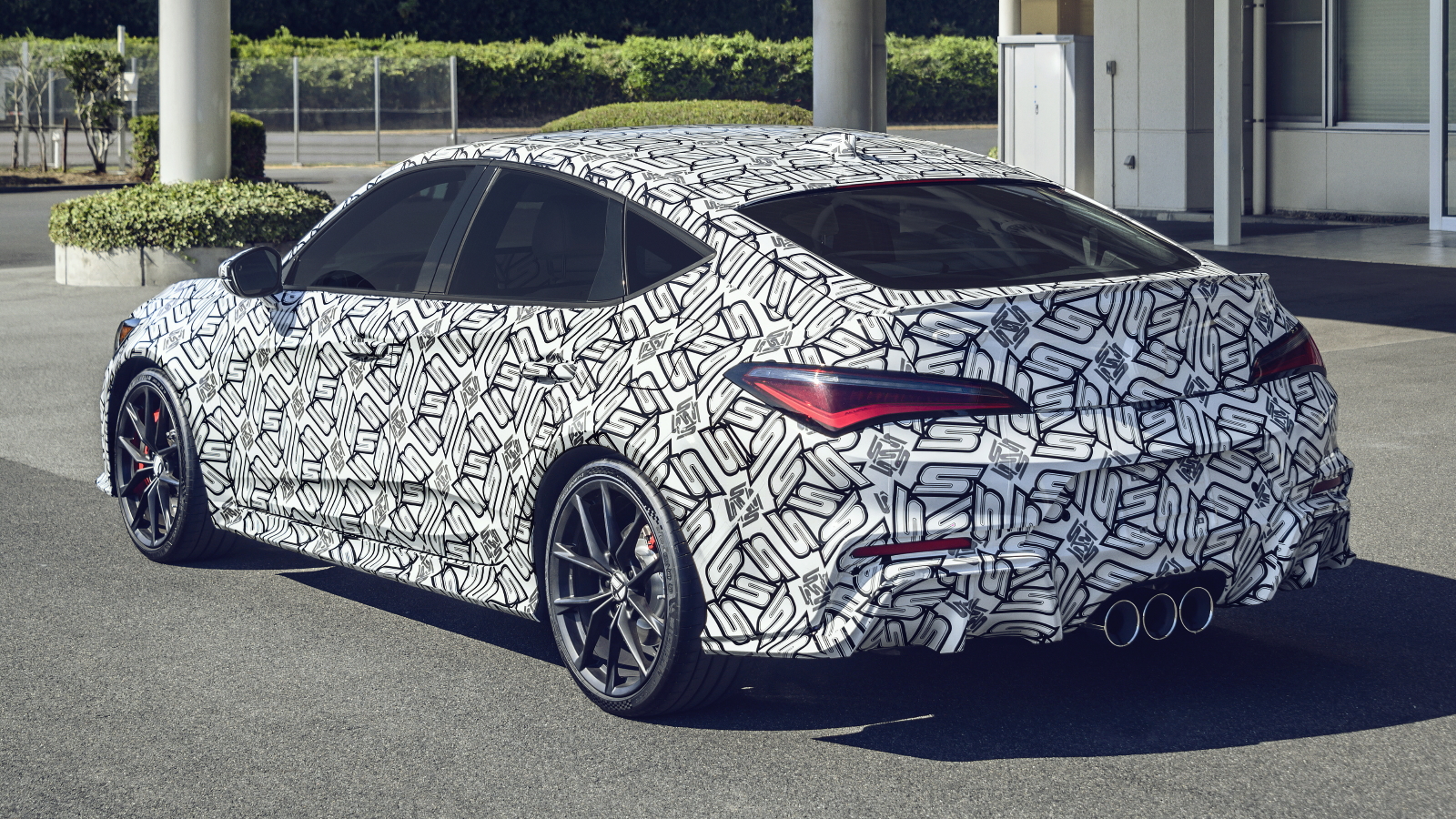 Should the Type S model see a similar premium over the Civic Type R, it could be knocking on the door of $50,000. I repeat, $50,000. That’s butting up against full-on sports car territory, rubbing fenders with the manual Toyota Supra, Nissan Z, and well-specced Mustangs. Most people looking for a really hardcore Honda product will likely just save the money, get a Civic Type R, and just bundle up on cold mornings. What’s more, existing premium buyers aren’t likely to flock to the Integra Type S as Acura still doesn’t carry quite the same snob appeal as Mercedes-Benz or BMW, regardless of how underwhelming the 2-Series Gran Coupe is.

The Civic Type R of the time never made the boat over from Japan, the Prelude was more of a high-tech, front-heavy grand tourer, and the Civic Si was down a whopping 35 horsepower from the ITR’s 195. While the Integra Type R Americans know and love was in a league of its own, it’s hard to believe that the new Integra Type S will be in another league from the current Civic Type R. 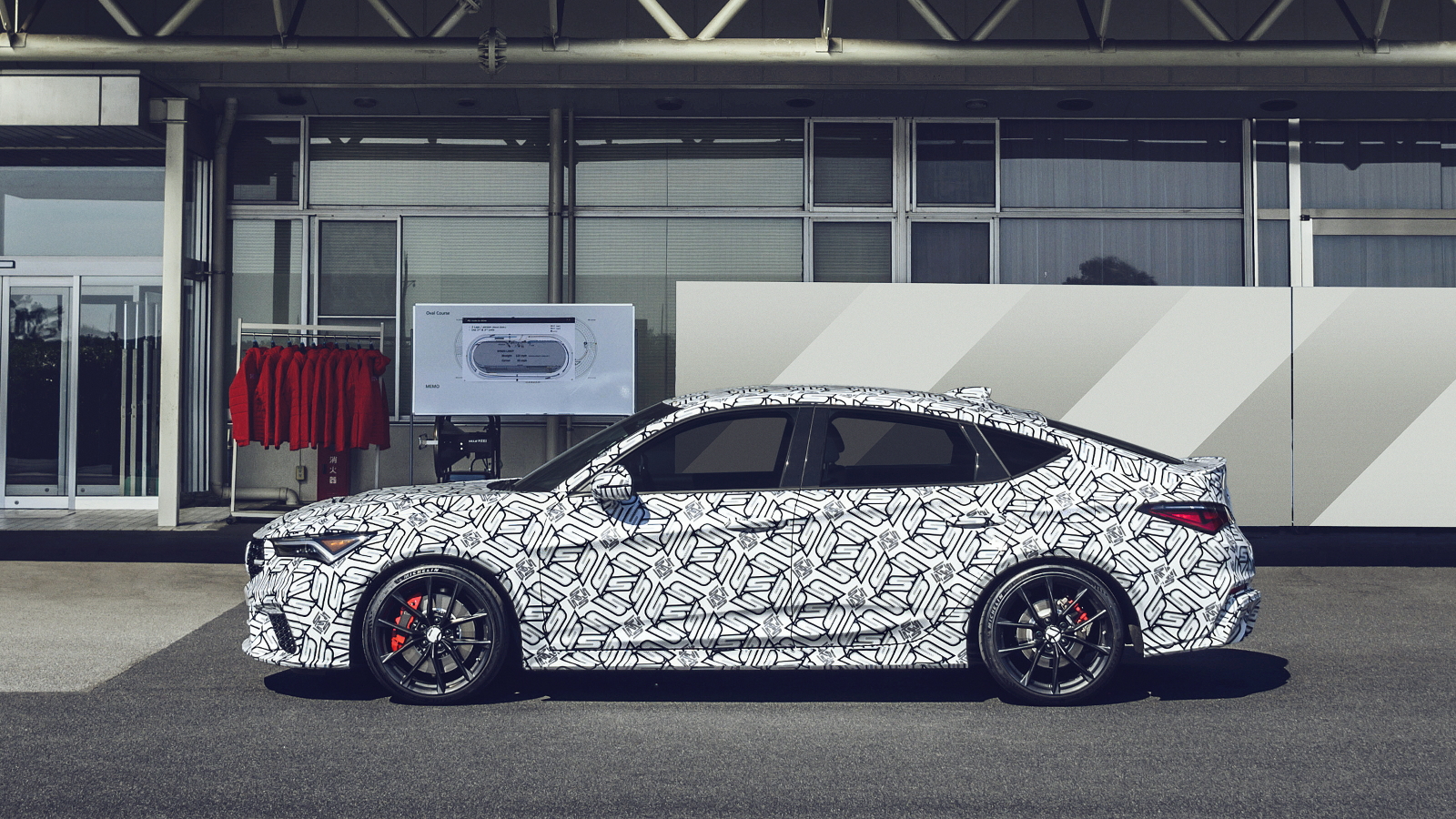 Granted, a handful of Integra Type R devotees will lap up the new Type S model, but apart from that truly tiny demographic, I can’t see much reason to spend the extra money over a Civic Type R. This should offer what we call “assured rarity,” meaning “nobody bought it when it was new.” However, assured rarity is often a very good thing when it comes to performance cars. Think Cadillac CTS-V Wagon, Honda S2000 CR, or any other fast car that lingered in showrooms when new yet is hotter than the surface of the sun right now.

For a start, the Integra Type S has legendary bones. It’s the full-fat, over-caffeinated version of the new Integra that the keyboard brigade has been shouting for since always. We’re talking about a premium small car based upon the hottest hatchback of the moment, the Civic Type R. It doesn’t seem to be missing much over the Civic Type R either. Car And Driver had a crack in a prototype and found it to still have the 265-section Michelin Pilot Sport 4S tires, the two-liter turbocharged four-cylinder engine, and the six-speed manual gearbox from its Civic sibling. If anything, the Integra Type S should dial up the luxury while offering even more understated styling devoid of an enormous rear wing. 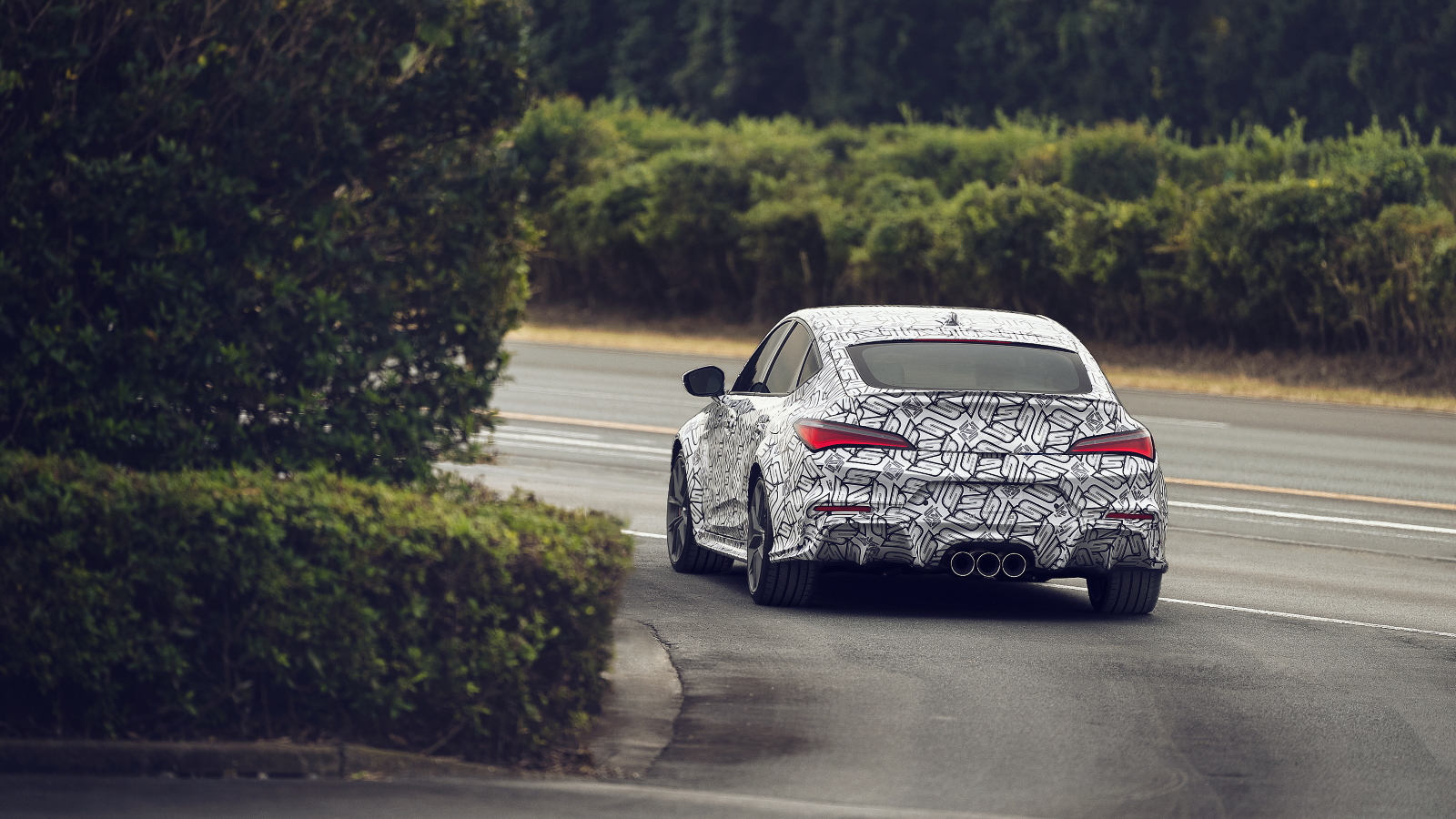 In addition, the Integra Type S carries nostalgia, not just for the old Integra Type R but for the internal combustion hot hatch era as a whole. Pretty soon, just about every new car will be electrified in some way which means that weight will go up, noise will go down, and the manual gearbox will go in the bin. Hot hatches are great because they often offer great sensation of speed without quite the same law-breaking pace as more serious sports cars, all while being practical enough to use as an only car. The end of the golden years is in sight and Acura’s going out with a mag dump.

The Acura Integra Type S isn’t likely to be a big seller and we’ll make up all sorts of justifications as to why we won’t buy it. It also may be a limited-production car, just like the Civic Type R was. However, its blend of performance, lineage, and assured rarity will likely make it a second-hand hero and a star of whatever internet car auction sites are still left in a decade’s time. While I have a feeling that the truly hardcore Honda folk will gravitate towards the Civic Type R, let’s be glad that Acura’s making a hot Integra at all.

All photos courtesy of Acura

Thomas is a Nu Rave-blaring, heel-toe downshifting, maple syrup-swilling, chassis-geeking, junkyard parts-hauling, floppy-haired scenester who's been writing about cars since college. His current ride is a 2006 BMW 325i with the six-speed manual gearbox. Instagram: @thomas.hundal Twitter: @thomashundal
Read All My Posts »
PrevPreviousThese Are The 20 Most Durable Cars On The Road According To A New Study
NextWhy I Just Sold My Beloved 1958 Willys FC-170Next