Remember When Automakers Offered Many Different Body Styles Of The Same Car? COTD 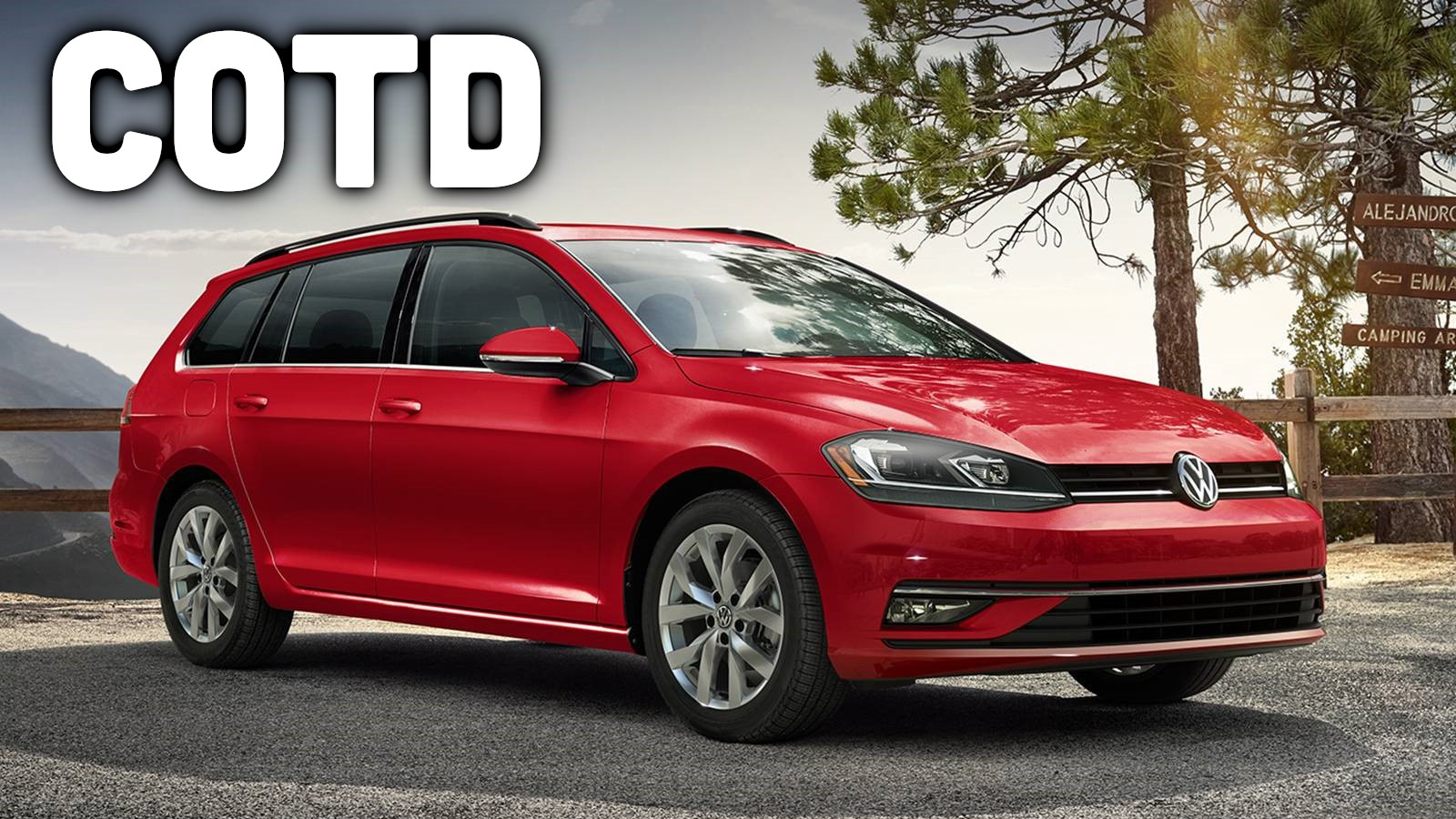 There was once a time–and it wasn’t even that long ago–when you could buy more than a few variations of the same car. Maybe you didn’t need a sedan, so you ordered your chosen car as a two-door. Or, maybe you have a whole family plus a dog, you bought the wagon version of the car that you wanted. And if you were a speed demon, you plunked down for the fast version of that car. Today, it seems that individual car models have less variation. Maybe it’s time to bring that back.

In today’s open thread, we asked you “what car deserves to be its own brand?” Throughout history, automakers have spun models off into their own brands with varying success. The Dodge Ram is now just Ram, and it does pretty well for itself. In the pickup truck arms race, Ram routinely takes third place in sales, sometimes swapping places with Chevrolet for second. The Toyota Crown is also its own sub-brand, offering an entire line of cars from an executive sedan to that funky crossover that we do get on this side of the Pacific.

A less-successful example would be Edsel, which fizzled out in relatively short order for an automaker. Smart was also sort of solo here in North America. At first, Smart was distributed by Penske Automotive Group, which set up a standalone dealership network outside of the Mercedes-Benz ecosystem. You could buy your Smart and get it serviced without ever seeing a three-pointed star. However, Mercedes-Benz took over distribution starting in 2010 and finishing in 2011. Part of the takeover involved closing down the standalone dealers and finally integrating Smart with Mercedes-Benz dealerships, just like how it is in much of the rest of the world.

As Car and Driver reports, General Motors apparently plans on splintering off the Cadillac Escalade and the Chevrolet Camaro as sub-brands alongside the Corvette. That got us thinking, what other cars could be made into their own brands?

We got a lot of good answers, here. But Halftrack El Camino pushed back, arguing that making beloved models into their own brands (and ultimately, crossovers) is nothing to get excited about. But what really wins COTD today is Halftrack‘s comment toward the end: 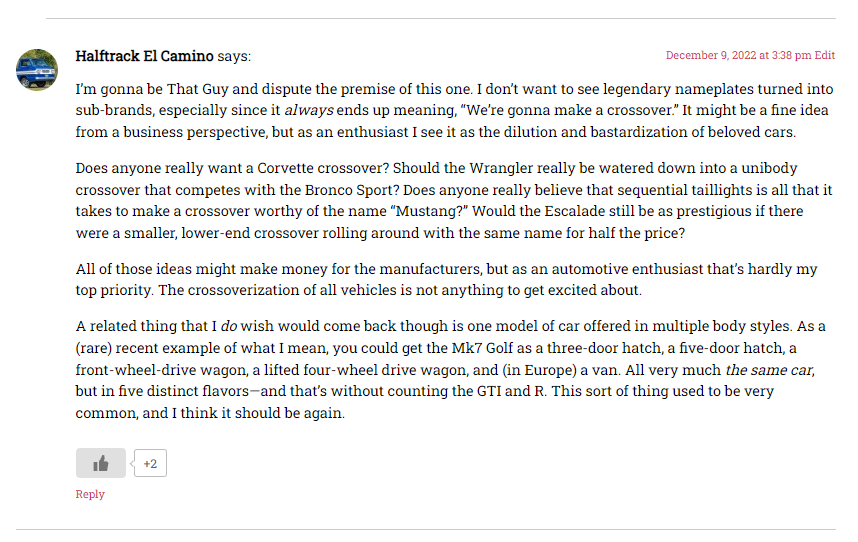 Wait, yeah, what happened to all of those cars?! When I do research for my Mercedes’ Marketplace Madness pieces, I often find that a single model of decades past had tons of body variations.

The Golf example is a good one with the many body styles falling under the same nameplate. My favorite example is the Chevrolet Corvair. In its first-generation, the Corvair was available as a two-door coupe, a convertible, a four-door sedan, four-door station wagon, a passenger van, a commercial van, and two pickup trucks.

Just to throw another out there, but the Chevy Vega was available as a sedan, a hatchback, a wagon, and a panel delivery. The Ford Focus is another. In its first-generation, you could get one as a three-door hatch, a four-door hatch, a sedan, or as a wagon. I’m sure you can think of more!

[Editor’s Note: The two-door/four-door Wrangler and Bronco are cool, but that’s hardly inspired. There is a Wrangler pickup, too, so I guess that’s cool. -DT]

This is perhaps worth looking into at a later date, but it really does seem that body variations have pulled back in the modern day. You might see a sedan version and a wagon version or the standard version and the performance model, and that’s it. I’m with Halftrack El Camino here, variations are cool!

Mercedes is a lifelong fan of all things powered by an engine. When she isn't driving one of her five Smart Fortwos or her 14 other vehicles she could be found in the cockpit of a Cessna 172 or perhaps swimming in any body of water that she could find. She also has a deep love for buses of all kinds. Please send her buses. mercedes@theautopian.com Instagram: @mistymotors Twitter: @Miss_Mercedes30 Facebook.com/neonspinnazz
Read All My Posts »
PrevPreviousAutomotive Would You Rather: Rent Your Mouth To The Internet Or Teleport Your Urine?
NextHere Are The Four Cars I’ve Decided To Bring With Me To My New Los Angeles ApartmentNext