How A Dodge Neon Fulfilled A Racing Dream And Also Helped Raise A Family: COTD 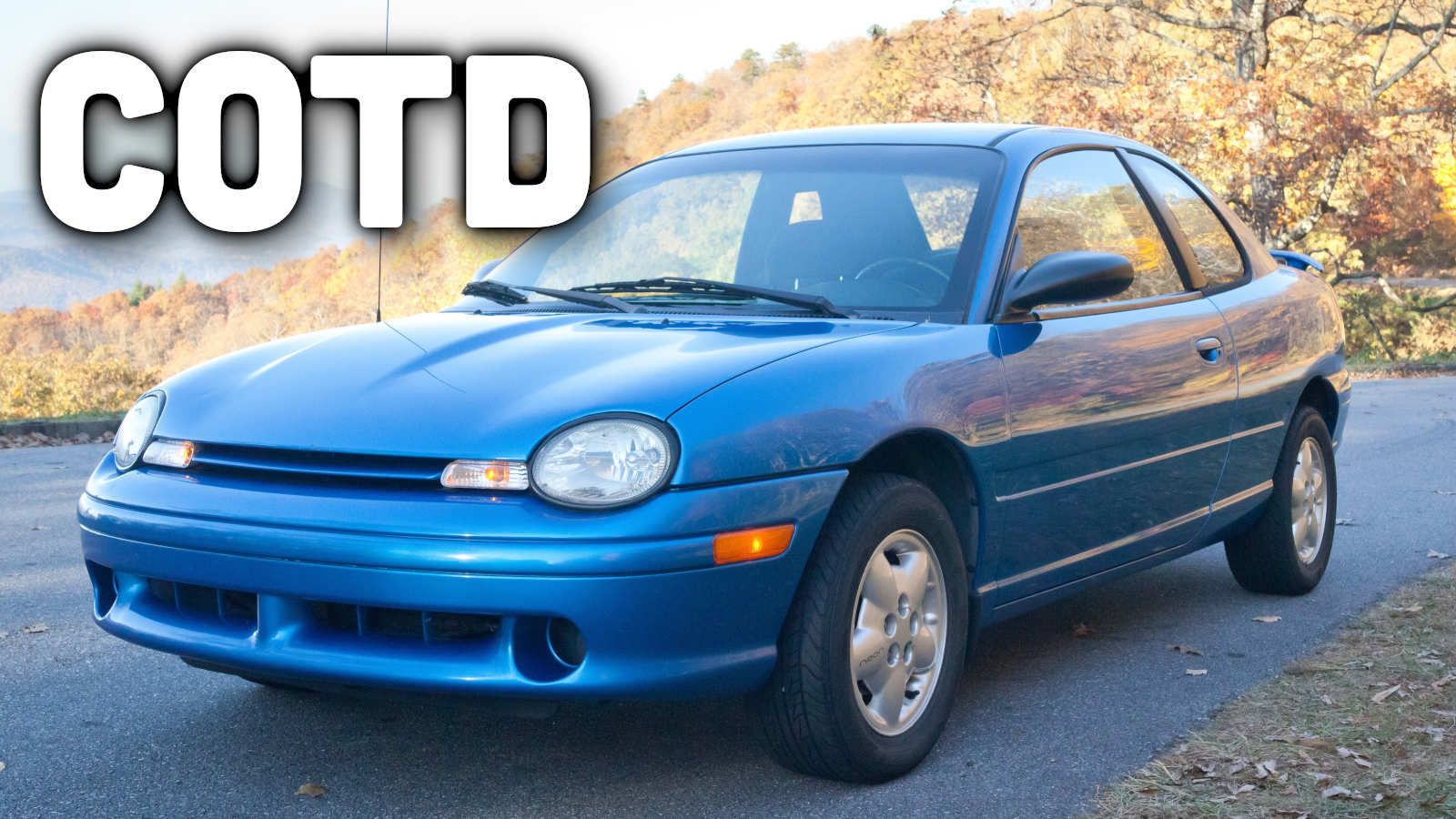 Every once in a while a car manufacturer releases something that, at least visually, looks too cute to take seriously on a track. Then that car proceeds to lay waste to an entire field over and over. That’s the story of the Dodge and Plymouth Neon ACR. And it’s a story that a lot of our readers fondly remember.

Welcome to Comment Of The Day! If you’ve been a long time reader of our work, you know the name of the game. If not, I’ll explain. Every day, we’ll read every single comment posted to our site and pick the best one. Now, “best” here is subjective, and the comment chosen could be one that was informative, witty, or just left us on the floor laughing. Comment Of The Day (COTD) celebrates our awesome readers. You don’t have to go into our comments sections and write thousand-word stories about why you love a car so much, but a lot of you do, and that means a lot to us. So we’re going to highlight some of the most excellent bits of thought that you’ve formed into words and digitized onto our website.

Yesterday we published a story on how the Dodge Neon ACR came out of the factory just a cage away from competing on the racetrack. This was no mistake; the ACR was intentionally built as a turn-key racer. And despite its disarming looks, the car had the guts to slay its competition as well as larger, more powerful machines. In this piece, SRT’s head of vehicle dynamics Erich Heuschele detailed his own story about the Neon. Heuschele isn’t just an expert in these cars, but races them so much that, in his own words, he went “from nobody to a hero at work!” Thus, I think he can wear the Neon King crown with pride.

A lot of you offered up similar stories of Neon shenanigans, and it’s hard to choose just one. However, I love how cars and people intertwine, and reader Autojunkie‘s comment pulled on my heart strings:

I purchased a new 98 R/T sedan, which was the ACR without the Koni adjustable shocks. I knew that since 1995, the Neon was a ball buster on road courses across the country. The SCCA even had to fight off internal debate over putting the car into its own class because it was dominating nearly every other showroom car back then.

I was finally able to buy one not long after I met my wife. Knowing I would marry her some day, and knowing that I tend to keep new cars for a while, I purchased the sedan with the idea that it would probably become my family hauler one day.

I purchased the car in late 98 and signed up for the local Solo II driving class in the spring of 99. I raced the car for the whole season while keeping everything stock. I didn’t want to be bumped from the stock class and immediately have to spend thousands in mods just to keep up with others. So, other than wider tires, I kept the car exactly as it was.

I used the car for everything. It was my daily commuter and my race car every other Sunday for that 1999 season. I never missed a race and my wife was right there by my side (we got married that March). By the end of the season, I received the great news that I had come in second place for the season. Oh! I also found out that my wife and I were having a baby (already).

I was ready to do this again 2000, but was completely oblivious about how much it would cost me to raise a child. I never raced the car again. It became the family car. It was our only car for five years. Things would be tight and our family would be in a constant financial struggle for the next 15 years.

The Neon, as expected, was eventually gone and replaced with various beaters over the years. I would be in my 40s until I could afford a new car again for the first time in 2015 and it would not be a race car. I’m back to buying fun new cars again, my daughter herself now married and talking about starting a family, and I still have not been back to racing in any Solo II events.

I do miss the Neon. It was one of the funnest cars I’ve ever owned and I’ve owned quite a few cars over the years already. I would actually consider the Neon second to my Scat Pack on my list of top late model cars I’ve owned. My wife has a 5-speed 500 Sport right now that I am eyeing to replace for her one day so I can make her car into a race car, but she pretty attached to it still. I can bet that it won’t be anywhere near as fun as that Neon was though. I could confidently throw that car around any corner without worry.

How many race cars can say that they also got a family around? I’m happy that your family was able to pull through and that you’re able to enjoy some fun cars again. I hope that you’re one day able to pick up that Neon, Autojunkie.

With this in mind, do you readers like COTD? And we were able to get some ideas from our Friday chat, but in case we missed any: what kinds of series would you like to see us do? We love engaging with you, Autopians!

Mercedes is a lifelong fan of all things powered by an engine. When she isn't driving one of her five Smart Fortwos or her 14 other vehicles she could be found in the cockpit of a Cessna 172 or perhaps swimming in any body of water that she could find. She also has a deep love for buses of all kinds. Please send her buses. mercedes@theautopian.com Instagram: @mistymotors Twitter: @Miss_Mercedes30 Facebook.com/neonspinnazz
Read All My Posts »
PrevPreviousThis Vintage Fiberglass Camper Is Like A Spaceship Bolted To A Toyota
NextThe Audi 50 Is Color, And Color Is The Audi 50: Cold StartNext