Welcome back to Shitbox Showdown, where we trawl through the used car classifieds in search of the greatest shits. As we continue on our global shitbox tour, we’re heading south to Australia in search of some icons. However, before you go down to the servo to pick up a Golden Gaytime, let’s take a look at how our JDM showdown turned out. 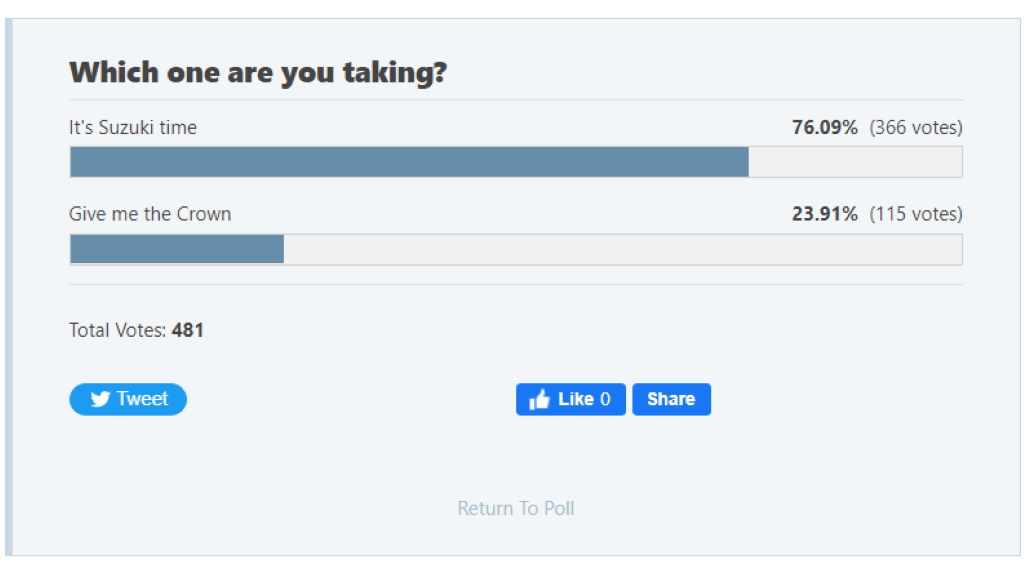 No surprise here, the Suzuki Alto Works Turbo F Limited ie/s absolutely smashed it, pulling a massive 251-vote victory over the Toyota Crown Super Deluxe to take the trophy. Just kidding, we don’t actually have any trophies. Still, with that angry little engine and puppy dog eyes, who wouldn’t love buzzing about in that hot little Suzuki?

If you’re into cars, you’ve likely heard of the Bathurst 1000, an event where Ford and Holden fans across Australia gather to smash cans and throw hands, with a legendary motor race breaking out among the commotion. Seriously, police at the event caused a bit of a scene in 2009 when a limit on alcohol was established of 24 375 ml cans of beer. Per person. Per day. Yep. Anyway, despite Holden and Ford both sadly closing the doors of their Australian factories in the past decade, we’re keeping the battle alive by pitting two cheap icons against each other. 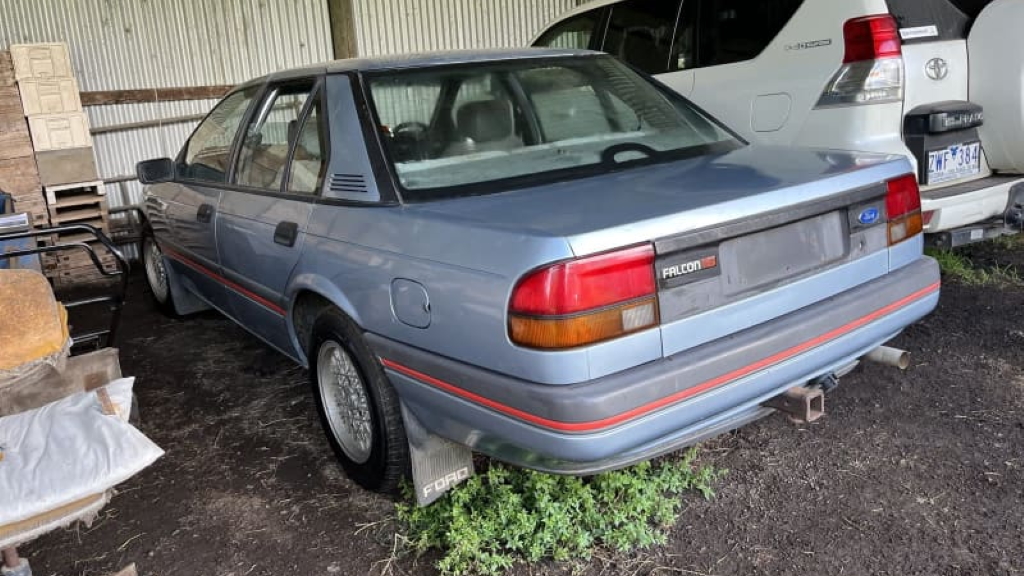 Runs/drives? Runs, but no word on if it drives.

Let’s start with the Canadian side of the Australian civil war, represented here by the Ford Falcon. Yes, Ford Australia was originally a subsidiary of Ford Canada, as Canadian investors held the rights to build Fords throughout the Commonwealth, save for Great Britain and Ireland. 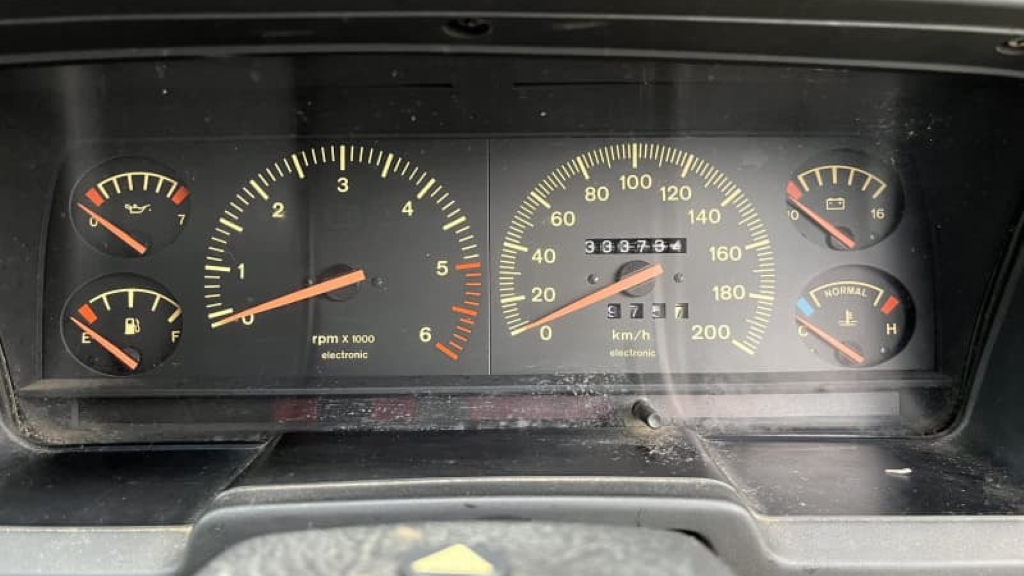 While this Falcon S almost looks ready to rock, the seller notes that it’s been off the road for ten years, albeit started regularly. Still, this EA Falcon could be an absolute gem. Its paintwork is remarkably clean for its age and mileage, plus the original owner ordered it in sporty S trim. This treatment includes body-color bumpers, stiffer suspension, a one-inch drop in ride height, and red accents, among other goodies. 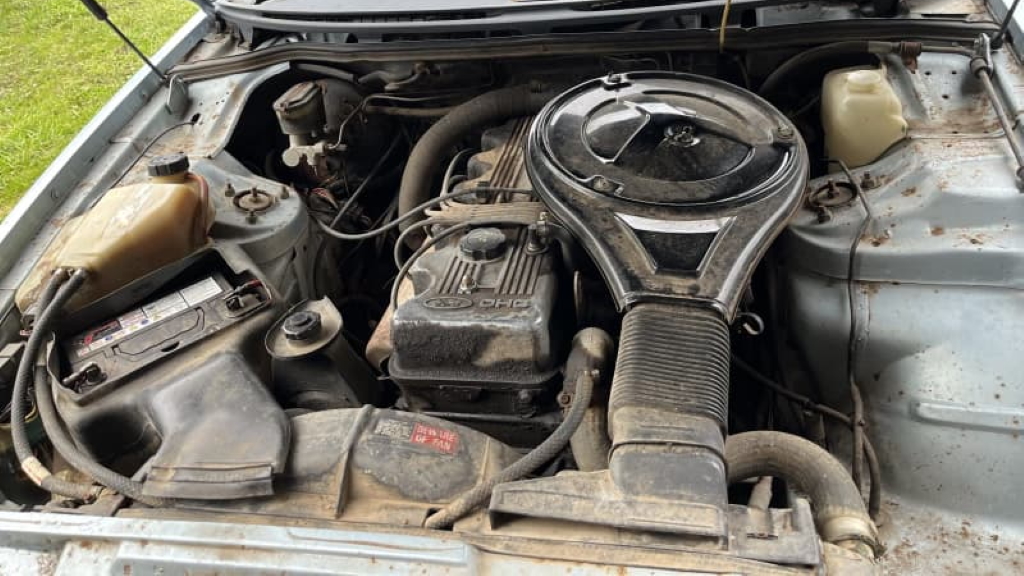 Under the hood sits a 3.9-liter overhead cam inline-six with throttle body injection. It’s a good thing, as the base 3.3-liter engine was shit and therefore discontinued after just a few months of production. All 160 rampaging horsepower and 229 lb.-ft. of torque goes to the rear wheels through a BorgWarner T50D five-speed manual gearbox. Isn’t that grand? While there’s no fancy independent suspension out back, the live axle does feature a Watt’s linkage, and the front is suitably fettled with rack-and-pinion steering and short-long-arm suspension. 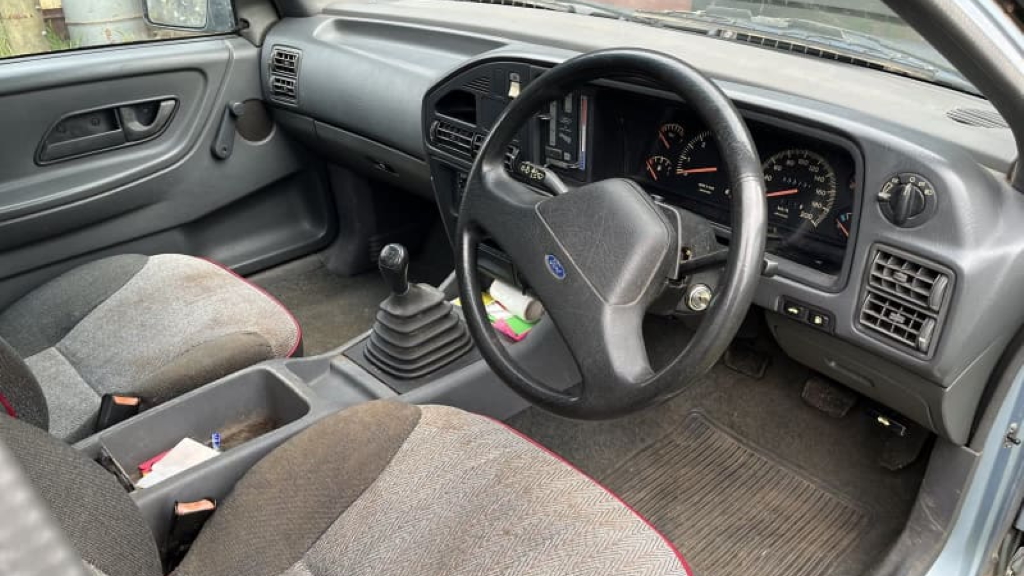 On the inside, this Falcon continues to look dashing with remarkably nice red-piped upholstery. Equipment does appear to be a touch spartan judging by the crank windows, but some might say that’s one fewer thing to break. It’s easy to imagine cranking up The Chats on the stereo and hitting the road in this thing, although you’d most certainly want to replace the aged tires first. 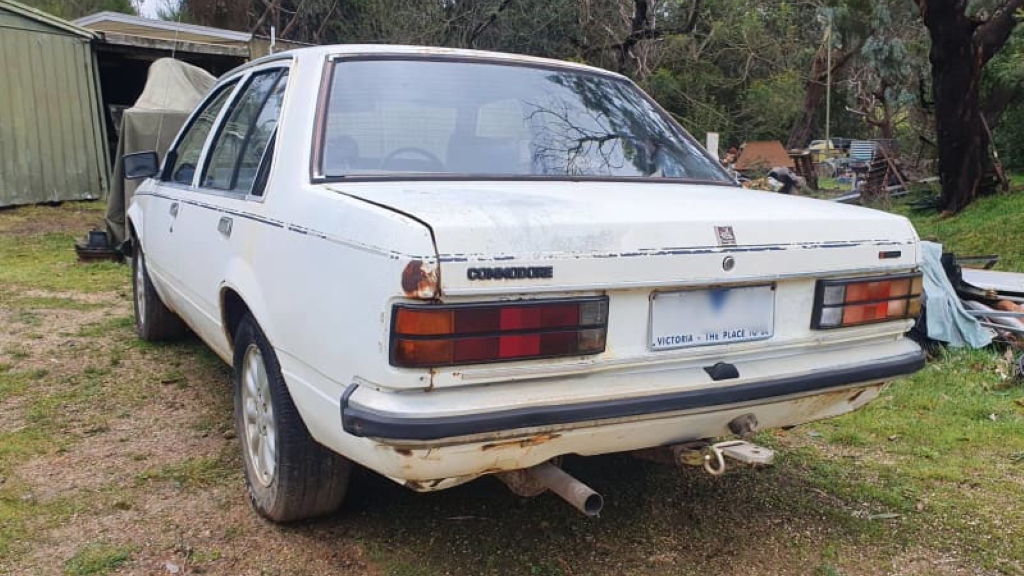 Let’s hop back roughly nine years from when that Ford was rolling off the line and check out the competition – the equally-iconic Holden Commodore. In fact, we’re taking things all the way back to the VC Commodore, the second generation ever of Holden’s family sedan. 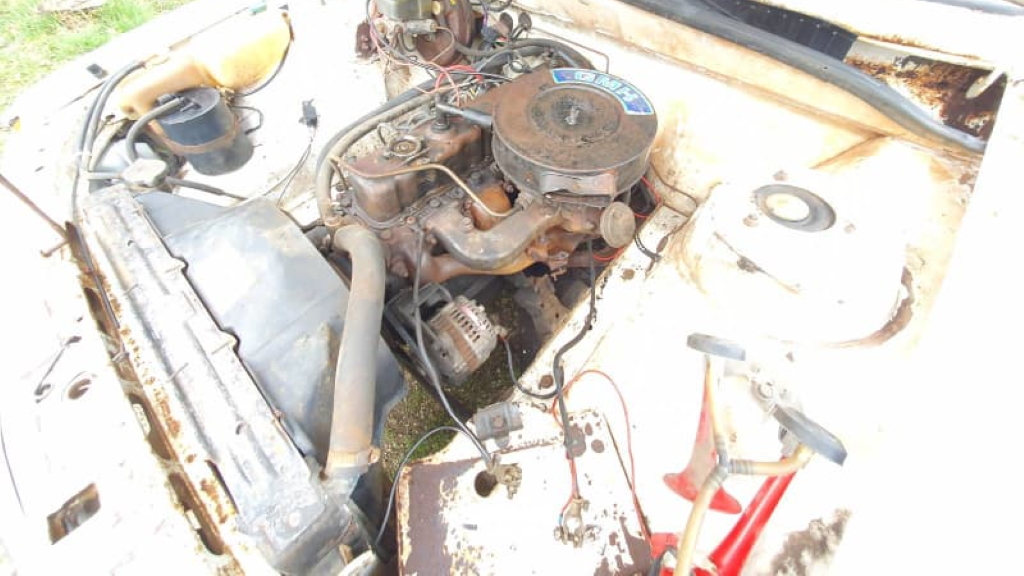 The first two lines in the ad for this Commodore are riveting – “Runs and drives (battery not included),” quickly followed by “Brakes not working.” Why yes, it starts, it goes, it just doesn’t stop. Hey, two out of three ain’t bad. As for what makes it start and go, this thing packs a 3.3-liter variant of Holden’s Blue inline-six, named so because it was originally painted blue at the factory. Quite descriptive, yeah? Anyway, power goes to the rear wheels through a factory-equipped manual gearbox. While American cars of the time gravitated towards automatics, Holden buyers weren’t typically soft. 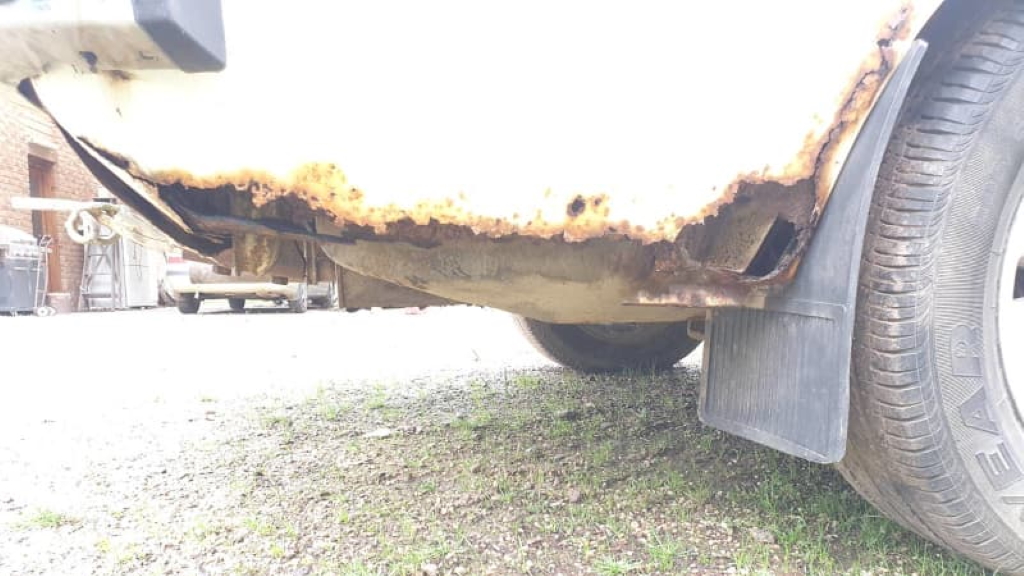 As for bodywork, this VC Commodore needs welding badly. The right quarter panel looks a bit more like a fifth panel, as the lower edge has completely vanished. Apart from that obvious concern though, the patina on this thing is magnificent. You can really picture it sitting out where the river broke, basking in the heat of the Australian sun. 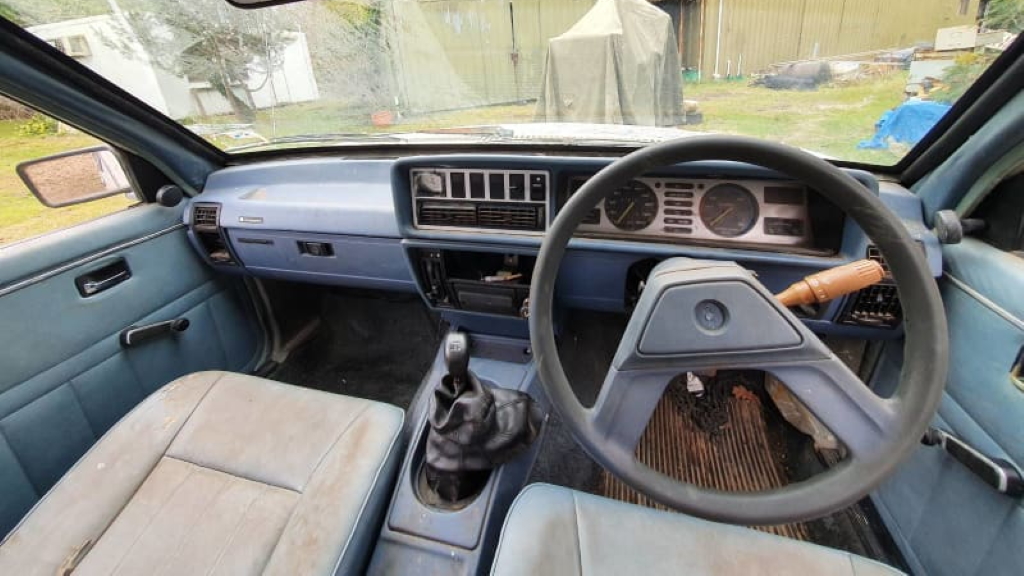 On the inside, the seats and plastics seem to be in remarkably good condition. Sure, it all needs a good scrub-down, but that’s to be expected on a cheap old banger. What really matters is that it looks largely complete and damn near ready to go.

So, here we have a properly patinated Commodore that needs a spot of welding and a clean-looking Falcon that needs recommissioning. As ever, choose wisely.

I Drove To The Middle Of Nowhere In Australia To Buy My $900 Ute An Engine That Was Buried In A Muddy Chicken Shed For Over 15 Years. Here’s How That Went

Thomas is a Nu Rave-blaring, heel-toe downshifting, maple syrup-swilling, chassis-geeking, junkyard parts-hauling, floppy-haired scenester who's been writing about cars since college. His current ride is a 2006 BMW 325i with the six-speed manual gearbox. Instagram: @thomas.hundal Twitter: @thomashundal
Read All My Posts »
PrevPrevious2024 Chevy Corvette E-Ray Leaked On GM Website And As A Result, The Whole Internet
NextThe 2023 Subaru WRX Miraculously Only Costs $31,625Next