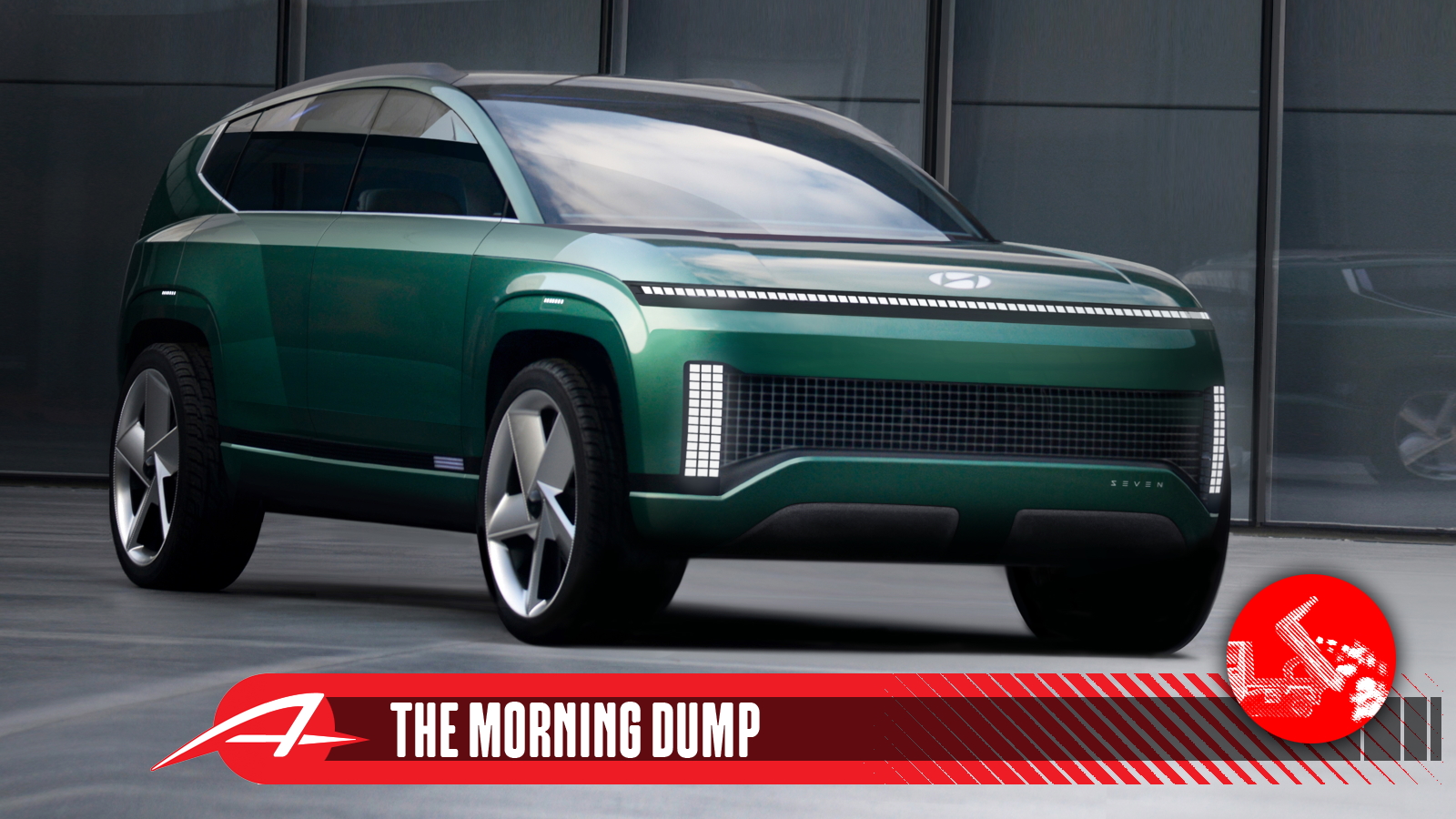 Hyundai has Georgia on its mind, new car dealers are hungry for high-mileage clappers, Ford deploys the F-150 Lightning to fleets. All this and more on today’s edition of The Morning Dump.

Last month, Hyundai announced plans for an electric vehicle factory on American soil. Thanks to Reuters, we may know a bit more about where Hyundai might plan to build their new facility. According to Reuters, the Korean automaker has been in talks with officials in Georgia to manufacture EVs in the Peach State which honestly makes a lot of sense.

With Hyundai’s existing American assembly plant situated just one state west in Alabama, keeping minds and management close together would be a great way to promote communication. More importantly, Kia has an assembly plant in West Point, Ga. and there’s every possibility that Kia might also occupy this plant. Reuters’ sources claim that the Hyundai Ioniq 7 and Kia EV9 SUVs will both roll out of the same plant, an uncommon occurrence but not one without precedent. Hyundai Motor Manufacturing Russia makes the Hyundai Solaris sedan (a rebadged Accent), Hyundai Creta subcompact crossover and Kia Rio subcompact car, while Kia slapped Hyundai badges on a few Sedona minivans rolling along the assembly line to make the Hyundai Entourage. Mind you, Georgia hasn’t yet been officially confirmed as the location for Hyundai’s new EV plant, so we’ll be keeping our eyes peeled for updates.

With new car production at a crawl and turnover of three-year-old off-lease cars low, an increasing number of new car dealers are re-thinking their used vehicle policies and buying clean but extensively-driven used cars for their used lot. Yep, the next 200,000-mile beater you find might be under a car brand’s giant sign.

Automotive news is reporting that giant franchised conglomerates are moving into the independent used car dealer’s domain of high-mileage vehicles for a variety of reasons. Aforementioned lack of newer supply aside, it’s worth mentioning that cars age so much better than they used to. Going back a few decades, a vehicle with more than 150,000 miles on the clock was usually a shitbox. Malaise-era 305 cubic inch Small block Chevrolet V8s would often wipe their cam lobes round within 100,000 miles, rust was pervasive and relentless, headliners would sag like clockwork and it was astonishing how many cars needed painting. Now though, a car with 200,000 miles on the clock should start first try, be in reasonably good nick and may even have working air conditioning. While these are desirable traits in any used car, franchised dealers turning onto trusty bangers is generally bad news for those of us who value Valvoline MaxLife, Jeep Liberty and the pursuit of clappiness.

Oh sure, there is a silver lining here. Some dealerships are willing to splash out thousands in reconditioning fees to bring high-mileage vehicles up to scratch. After mechanical repairs are completed, a round of paintless dent repair, a few fresh interior switches and a thorough detailing may be completed. The sort of cosmetic touches that people like you and I are procrastinating over right now. However, reconditioning costs drive up prices, and cheap usually beats pristine. However, we’re likely already at a turning point. Wholesale auction company Manheim keeps an index of used car wholesale values, and said index has declined another percentage point in April despite strong values of small and midsize cars. Hopefully the used car bubble slowly deflates as new car production gradually ramps up, although I wouldn’t be surprised if we saw somewhat elevated used car prices for several years.

Roving Off The Edge Of The Land

Whelp, after two years of exceedingly generic corporate social responsibility-themed ads, nature is healing and the fun police are back at it again. Metro UK is reporting that the UK’s Advertising Standards Agency (ASA) has pulled a television ad for the new Land Rover Defender over misleading use of parking sensors. I’m sorry, what? Yeah, the ASA claims that Land Rover’s use of parking sensor sound effects implies that a bit of beeping could prevent a driver from reversing off of a cliff. Let’s take a look at the actual ad and see what’s going on.

Ah yes, what’s actually pictured in the advert is a small pile of rocks that look quite climbable. While anyone with a brain would shrug off the parking sensor noises as a joke, plenty of people don’t have brains. Honestly, it kinda sucks that someone inserted the ultrasonic parking sensor sound effects. The rest of the ad’s cheeky in all the right agency-friendly ways, from the waterfall car wash to the traffic light for wild horses. Weirdly this overdubbing incident is throwing me back to the time when BMW threw screaming V10 noises onto a New Year’s 2021 video featuring their M2 sports coupe. How embarrassing that slip-up was. Anyway, I’m glad that the banned from TV Land Rover ad is still up on YouTube because it definitely holds a certain wanderlust.

When a new vehicle rolls onto the market, it’s typical to delay sales of entry-level and fleet trims to pump up initial margins. However, Ford knows that a huge chunk of F-150 Lightning electric pickup truck buyers are fleet customers, so the Dearborn-based carmaker is focusing accordingly. Darren Palmer, Ford’s vice president of electric vehicle programs, told Automotive News that one in five F-150 Lightnings rolling off the line right now is a fleet-spec Pro model. Not only is this an uncommon strategy in the EV sector, it’s also a brilliant one.

See, operating cost plays a huge role in business vehicle selection. As of right now, gas prices are through the roof, so a bit of EV relief would do small businesses a world of good. Pretty soon, carpenters and plumbers and other tradespeople will be rolling up to job sites in electric F-150s, saving on running costs while providing a massive marketing boost to the F-150 Lightning. See, people like it when a truck is shown doing real truck stuff. Think about it, when was the last time you saw a truck commercial that didn’t involve dirt, snow, mud, a trailer, stuff in the bed, or anything other than trying to fit into a single parking spot outside of Denny’s with a truck bed full of sailboat fuel? By putting the F-150 Lightning to work right away, Ford is letting its customers give the F-150 Lightning a rugged, dependable image. A brilliant play if you ask me.

Whelp, time to drop the lid on this issue of The Morning Dump. While Monday morning is stereotyped as a gloomy time, it’s also a great day to reflect on a weekend of car things. Whether you set a new personal best at the track or simply took your car down to the ice cream shop for a sweet treat on a warm Spring evening, I’d love to hear about the car stuff you got up to over the weekend.