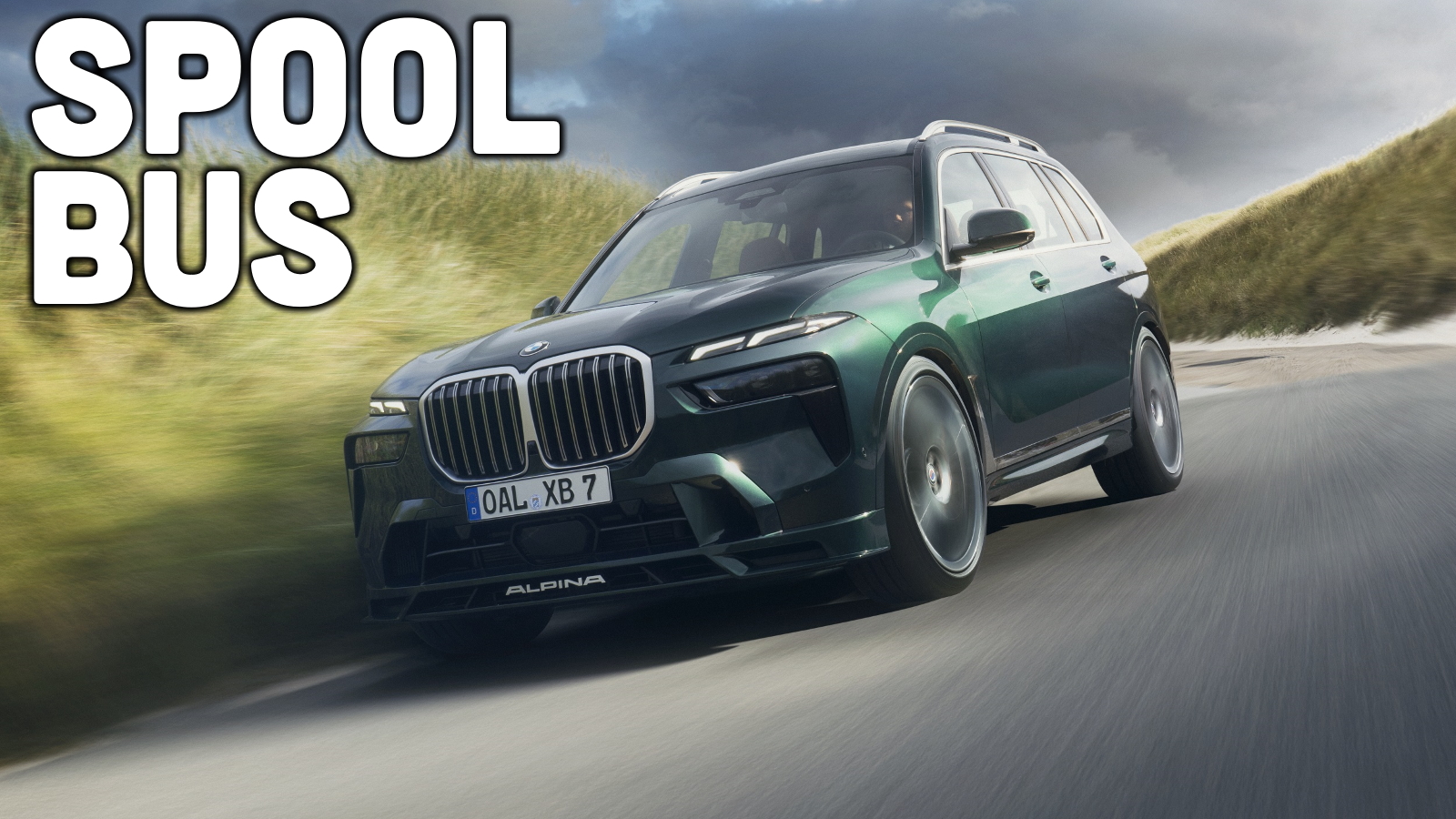 Good news if you’re a German stockbrocker or a resident of Aspen with a Valentine One on deck: The Alpina XB7 is back. While many fast three-row SUVs exist, the outgoing Alpina XB7 was the best one because it had breathtaking pace, sublime ride quality, and superb craftsmanship all in a package that’s less likely to go catastrophically wrong than a Range Rover. Let’s see how Alpina promises to make its chalet express even better.

Alpina’s kindly provided a dyno graph for the new XB7, so let’s take a look. The new SUV makes 630 horsepower and 590 lb.-ft. of torque, exactly the same torque figure as the old car but 18 more horsepower. The new twin-turbo S68 engine is really an evolution of the old N63 twin-turbo V8, so similar output is to be expected. More importantly, torque peaks 100 rpm earlier at 1,900 rpm and plateaus through 5,400 rpm, while a horsepower plateau kicks in from 5,500 rpm all the way to redline. Talk about an endless tsunami of thrust. 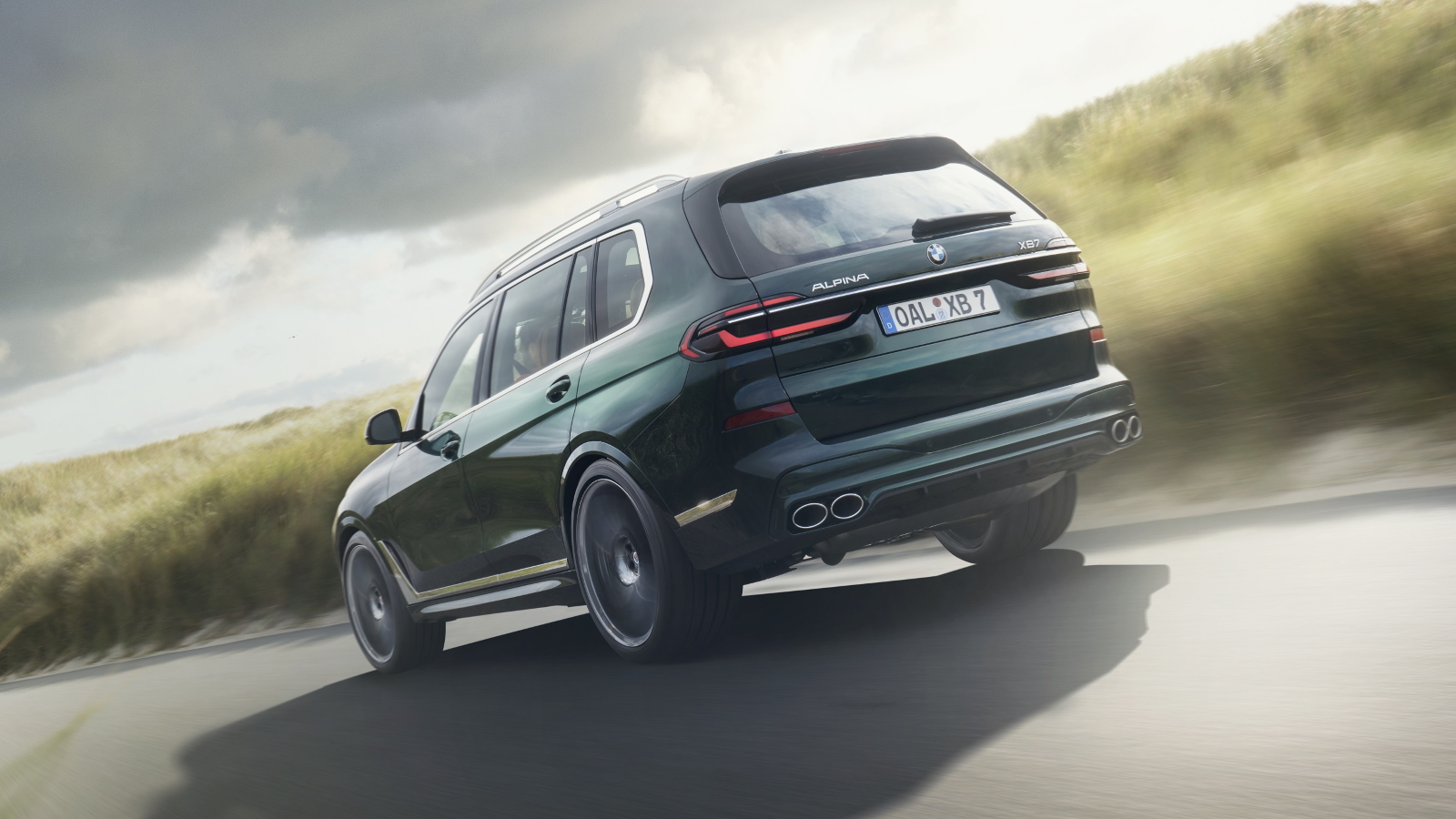 This flat powerband translates to some really terrific numbers out on the asphalt. Zero-to-60 mph is expected to flash by in a scant 3.9 seconds, while the standing quarter mile is expected to pass by in just 12.4 seconds. Top speed is a formidable 180 mph so long as the option box for the 21-inch wheels is ticked. Compared to the standard BMW variant of the S68 V8, the Alpina model gets special intercoolers, special cooling hoses, a different engine cooler, a special transmission cooler, and a unique external oil cooler. It’s a thorough revamp in areas key to reliability, exactly the sort of thoughtful revisions you’d expect from Alpina.

Under the skin, there’s a lot to suggest that Alpina tried to make the XB7 a handler. Four-wheel steering is on tap, as are electromechanical anti-roll bars, stiffer rear axle bushings, and reinforced torsion struts. Balancing out all of this g-force gadgetry is a special set of dampers that promise ride quality smoother than double cream. This is an Alpina, after all. If you like your performance SUVs to ride like the dampers are filled with concrete, get an X5 M Competition or something. 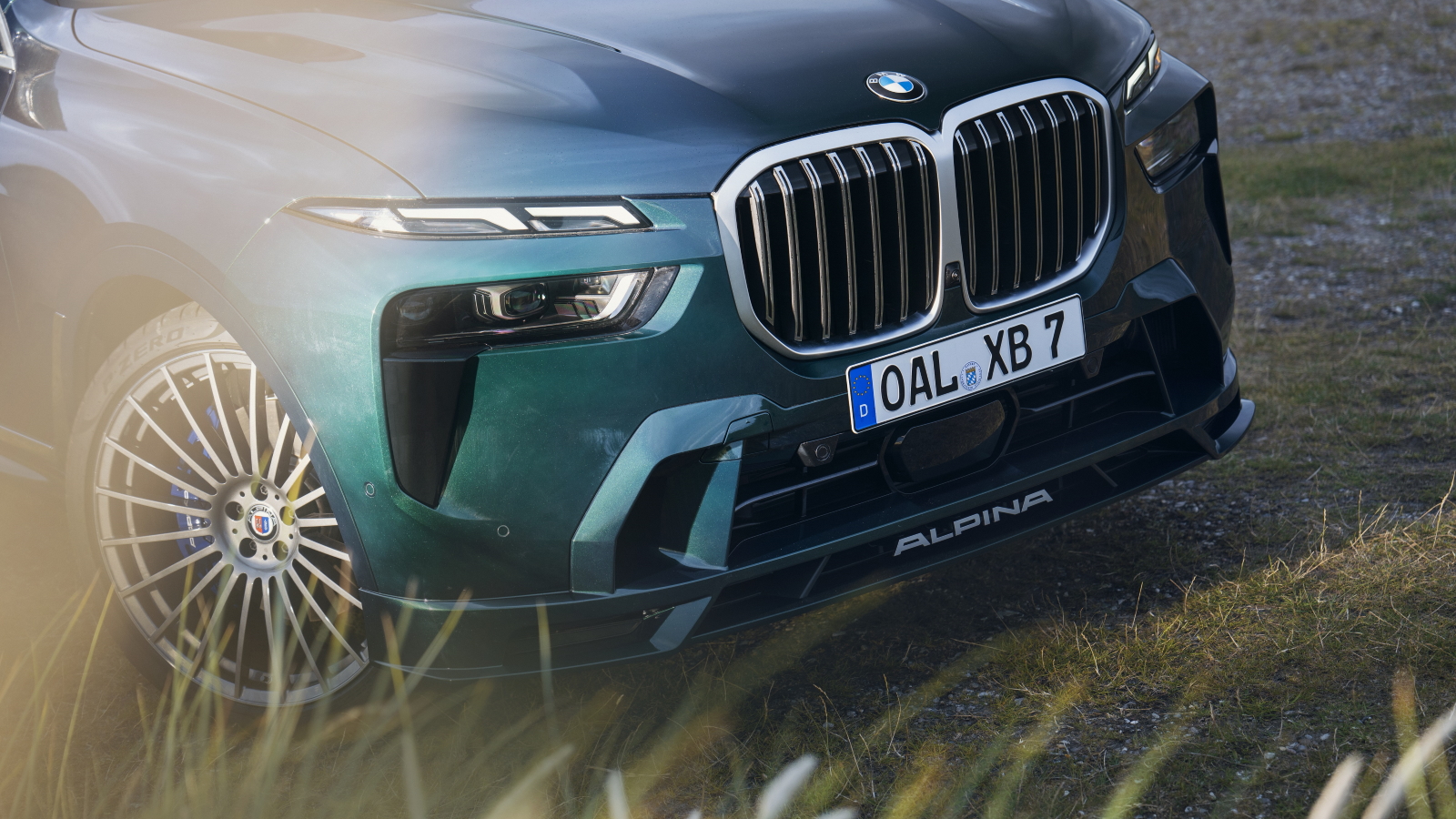 Mind you, although Alpina focuses on making incredibly comfortable fast road cars, its engineers have given the XB7’s suspension a special set of tricks. Drop the XB7 into Sport Mode or break the 100 mph barrier, and the suspension drops by eight tenths of an inch. Shoot past 155 mph or put the XB7 into Sport+ Mode, and ride height drops by a full 1.6 inches to absolutely dump this massive SUV on its nuts. The stance of the old one was tremendous in full attack mode, so let’s hope the revised model continues this tradition. 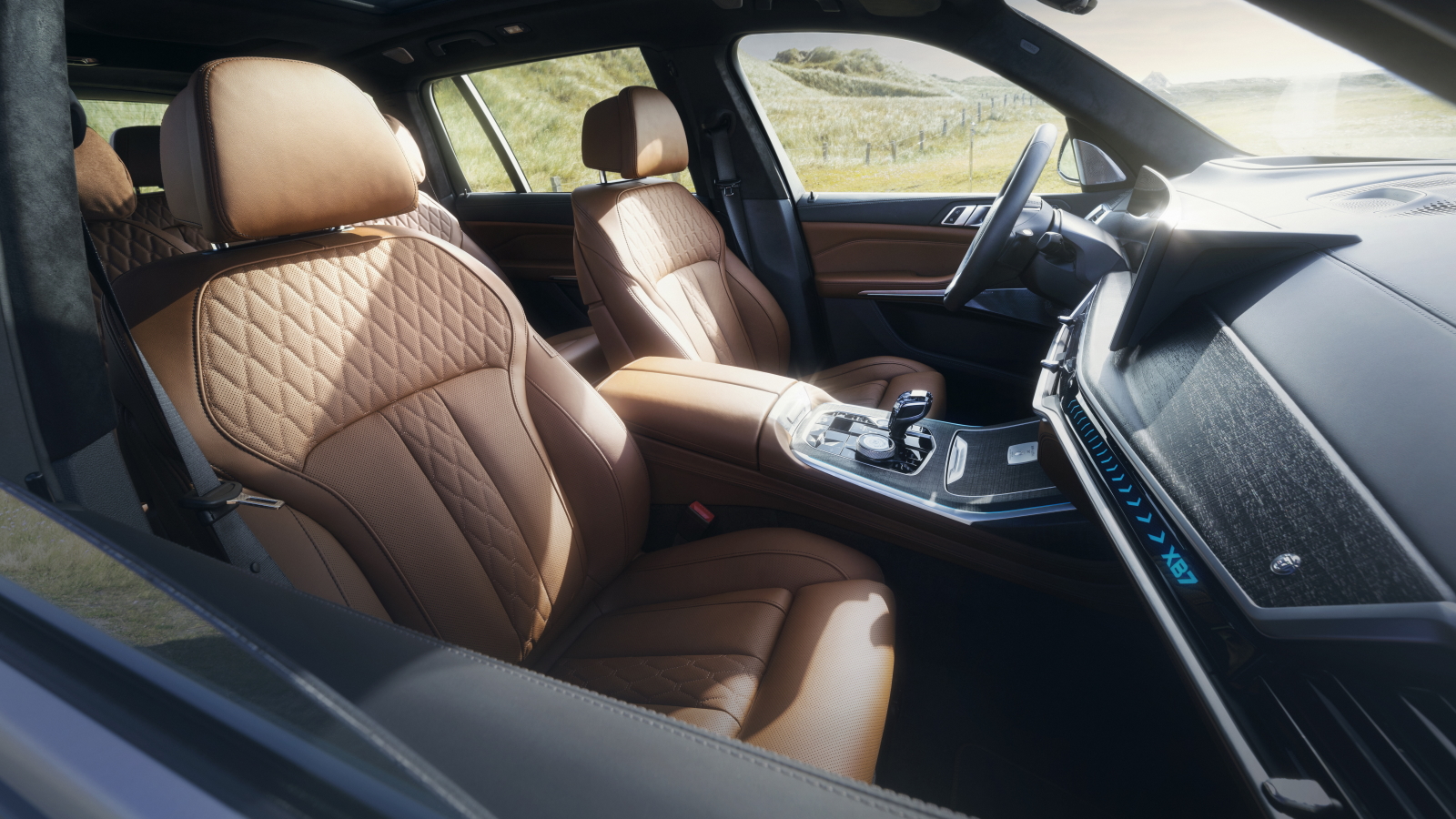 On the inside, the new Alpina XB7 adopts BMW’s latest iDrive 8 infotainment system, along with all manner of wonderful luxury gizmos. You can get gadgets like an illuminated panoramic roof and five-zone climate control, both of which should complement illuminated glass controls and special trims perfectly. High-quality seat leathers and soft headrest pillows return, perfect for high-speed autobahn naps in the rear seat. Oh, and as with most Alpina models, the steering wheel of the new XB7 is specially-upholstered in incredibly soft Lavalina leather. Lovely.

The new Alpina XB7 starts at $145,995 including a $995 freight charge, which actually makes it a bit of a bargain. Let me explain. The Mercedes-AMG GLS63 is cheaper, but the current crop of GLE and GLS AMG models ride terribly, so they’re non-starters. The new seven-seat Range Rover Autobiography starts at $161,075, a lot more money than the Alpina. If you want to go American, the Cadillac Escalade V starts at $151,490 while being slower than the Alpina. While 682 supercharged horsepower does sound hilarious, the diesel Escalade is absolutely brilliant and likely the Escalade to go for. 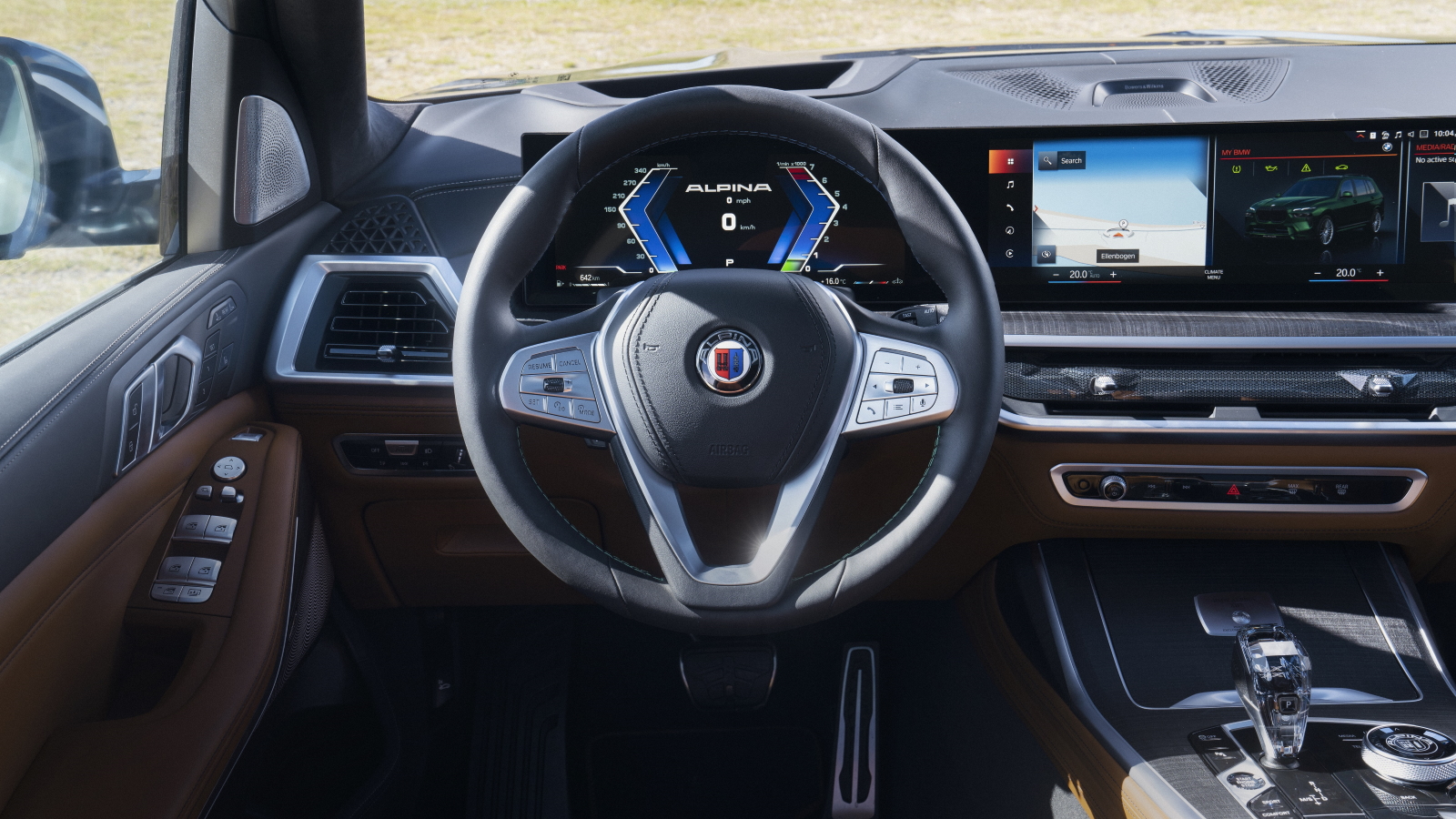 Unsurprisingly, I adored the outgoing Alpina XB7. Quieter than a library, softer than cheesecake, and quicker than time itself, it represented everything a performance SUV should be. While the front end on the new XB7 is appalling, everything else seems quite brilliant, from the power tweaks to the interior appointments. Hopefully Alpina was able to retain the silky ride quality that really set the old XB7 apart from the pack.

All photos courtesy of BMW

Thomas is a Nu Rave-blaring, heel-toe downshifting, maple syrup-swilling, chassis-geeking, junkyard parts-hauling, floppy-haired scenester who's been writing about cars since college. His current ride is a 2006 BMW 325i with the six-speed manual gearbox. Instagram: @thomas.hundal Twitter: @thomashundal
Read All My Posts »
PrevPreviousThis Mysterious Chevy S-10 Conversion Van Is Like A Hot Wheels Car Come To Life
NextThis Is What The Average New Car Face Looks Like In 2022Next