When I first saw the 2023 Lincoln Corsair, my reaction was a simple “Oh.” No bemusement, no pondering, just a simple acknowledgment of what Lincoln has actually done. It’s like someone forgot to hold shift when pasting the Lincoln grille onto the Corsair’s front fascia, resulting in a rather tall mouthpiece with some obvious fake-grille portions. While the new grille carries a bit of mid-aughts Audi single-frame about it, it largely just looks like a long face.

If anything, there’s a reason for Lincoln’s smallest crossover to wear a bit of a long face. The optional zesty 2.3-liter turbocharged four-cylinder engine has been axed, which is rather unfortunate. While choices of a 250-horsepower two-liter turbocharged gasoline engine and a 266-horsepower plug-in hybrid are quite sufficient for the segment, the 295-horsepower range-topper was sneakily potent. Instead of performance, Lincoln now seems to be focusing on advanced driver assistance systems. 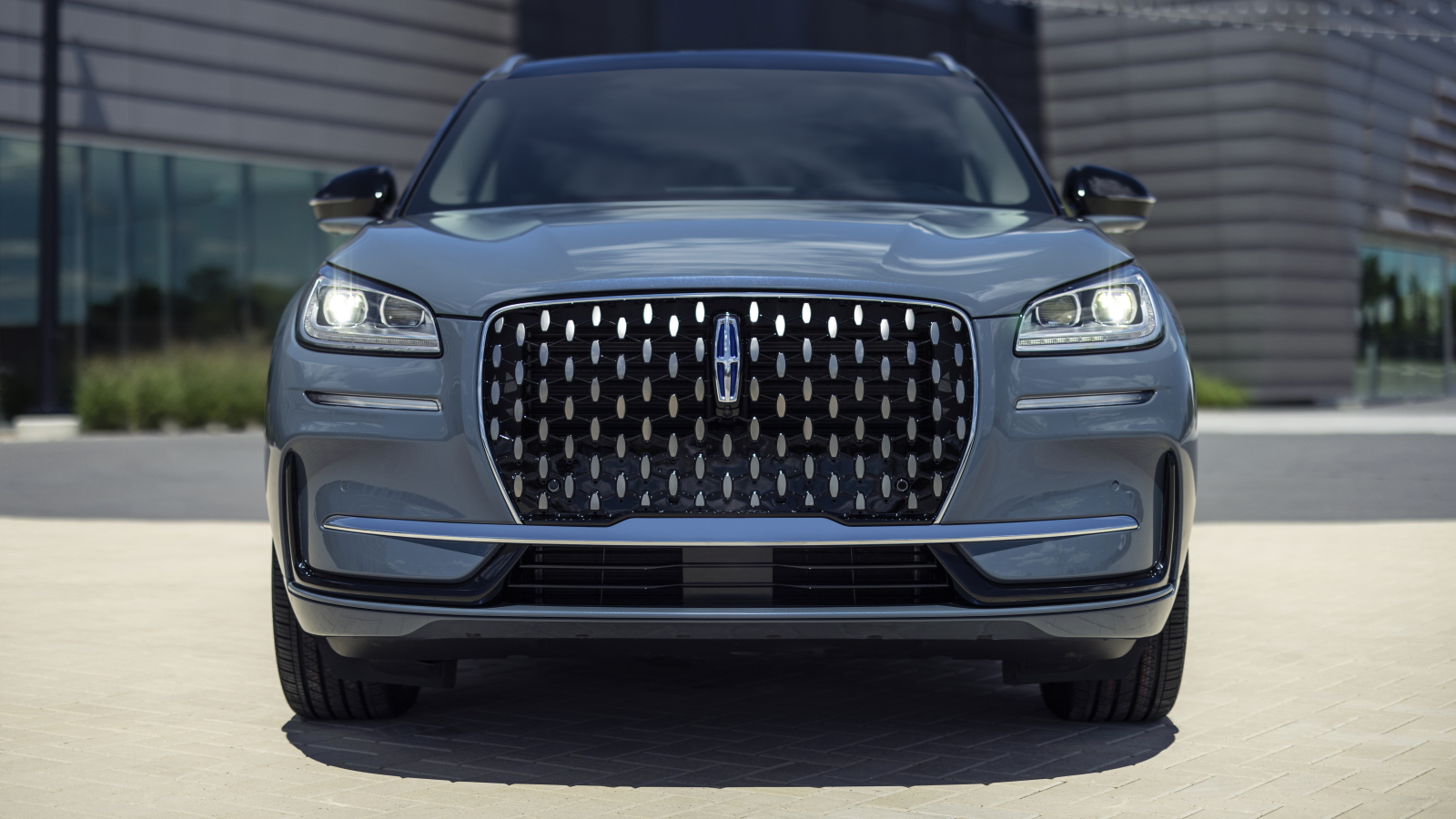 See, the 2023 Corsair gets Lincoln ActiveGlide 1.2, a rebranded version of Ford’s BlueCruise hands-free Level 2 advanced driver assistance system. It only works on mapped highways and won’t be a cheap option, but nothing else in the segment offers hands-free Level 2 ADAS.

Also on offer is a massive 13.2-inch infotainment screen, although climate controls are now hidden in the touchscreen. While automatic climate control is largely a set-and-forget proposition, it would’ve been nice to have redundant physical controls. The remaining switch bank on the floating console actually looks like an old radio, with buttons and a knob to control stereo volume accented by a lovely metallic bezel. There’s another big tech update going on inside the Corsair: The wireless charging pad is now located in a place where humans can actually reach it. 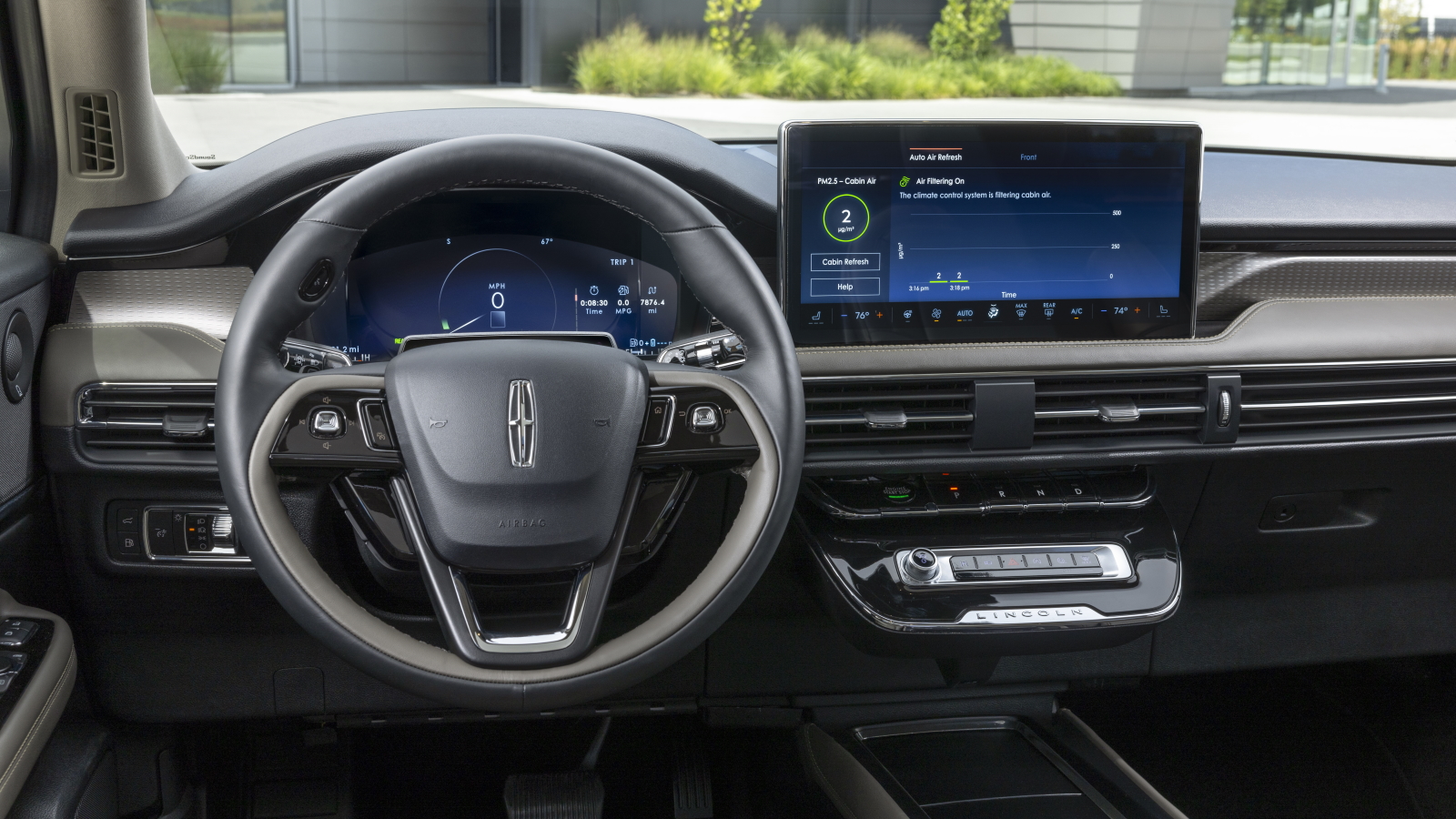 Lincoln’s known for offering great colors and the updated Corsair is no exception. A pale blue called Whisper Blue and Crystal Red join the palette, while things get even more exciting on the inside. While gray interiors are picking up steam, Lincoln has put a twist on the easily-soiled color by making it look slightly pre-soiled. A warm gray called Smoked Truffle lightens up such a dull theme, while providing a bit of padding for anyone who’d quickly ruin a pure gray interior.

Should a Corsair customer actually dare to be bold, Eternal Red leather is new on the menu. While it isn’t the full whorehouse red interior you’d find on an old Lincoln Mk IV, it offers a deeper, richer sort of red than what’s usually offered in the segment. 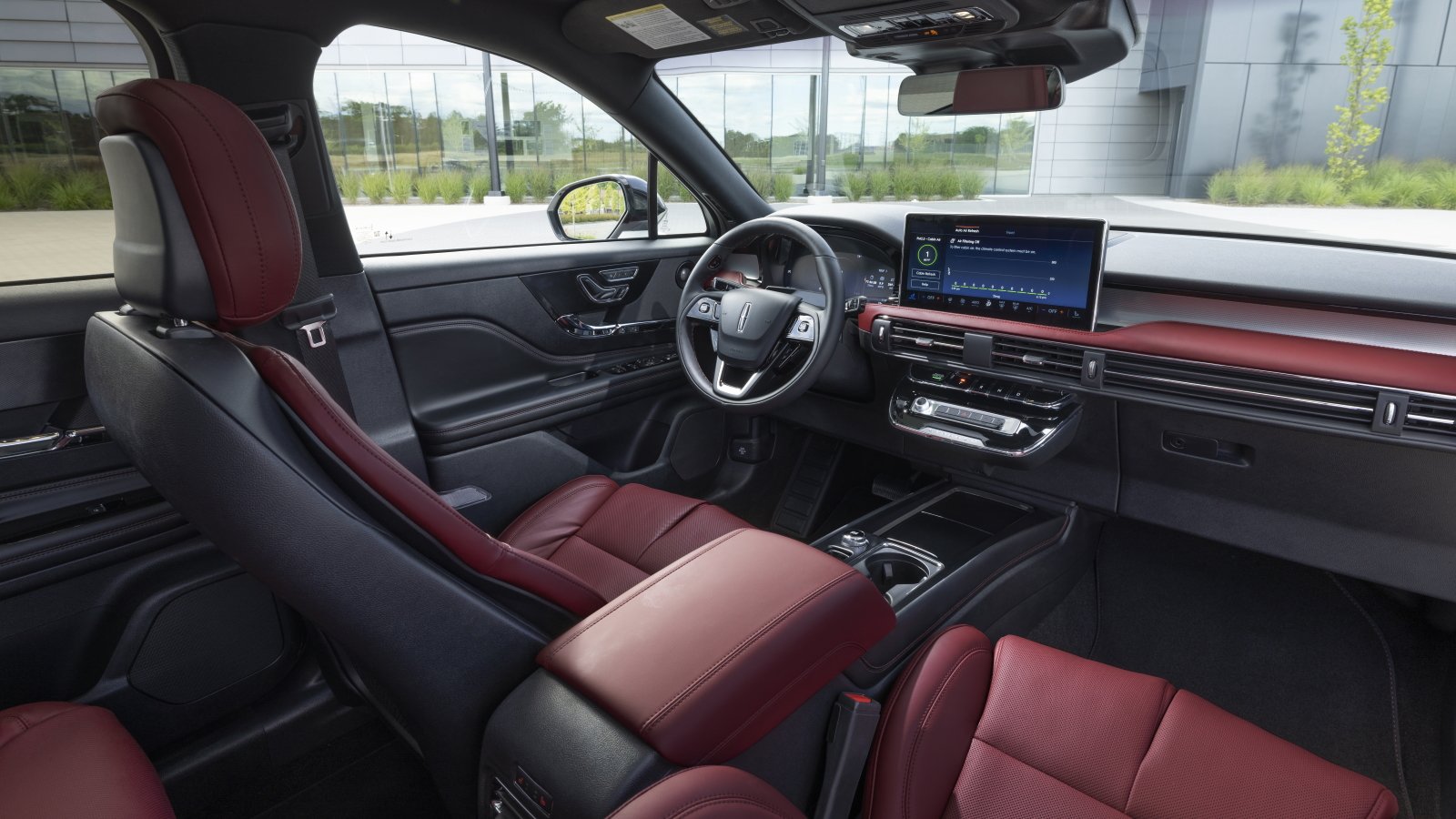 In addition to some nifty new leathers, backlit interior trim is now available on the Corsair. Think Rolls-Royce’s starlight headliner, except on the dashboard of an entry-level Lincoln. I know what you’re thinking: “Hang on, doesn’t the Genesis GV70 offer something similar?” Indeed it does, although the Corsair’s illuminated trim features different facing and more demure patterning. It’s nice to see the illuminated trim trend take hold, it feels like the first truly new interior design element in absolutely ages.

Pricing for the 2023 Lincoln Corsair starts at $39,885 including a $1,195 freight charge, while the plug-in hybrid Grand Touring model starts at a substantially higher $54,580. Objective value for the money seems about right for a compact luxury crossover, and orders placed now should arrive in early 2023.

While it’s unlikely that the 2023 Lincoln Corsair will keep the BMW X3 or Porsche Macan up at night, it should be a reasonably popular entry point for the Lincoln brand. My only real concern for its well-being is how closely-priced a well-equipped Corsair is to a decently-equipped Nautilus. By taking a classic comfort-first approach to luxury, Lincoln is producing some crossovers and SUVs that are pretty great at soaking up decaying American infrastructure in style. While the updated Corsair likely won’t be everyone’s favorite compact luxury crossover, it doesn’t need to be. So long as it irons potholed roads into polished marble and hushes the roar of the wind down to a dull whisper, it should be really, really good and find its own legion of fans.

All photos courtesy of Lincoln

Thomas is a Nu Rave-blaring, heel-toe downshifting, maple syrup-swilling, chassis-geeking, junkyard parts-hauling, floppy-haired scenester who's been writing about cars since college. His current ride is a 2006 BMW 325i with the six-speed manual gearbox. Instagram: @thomas.hundal Twitter: @thomashundal
Read All My Posts »
PrevPreviousHow Does The 2024 Ford Mustang Sound Stack Up To Other Mustangs?
NextThe Pagani Utopia Is A V12-Powered, Manually-Shifted MasterpieceNext