The Pagani Utopia Is A V12-Powered, Manually-Shifted Masterpiece 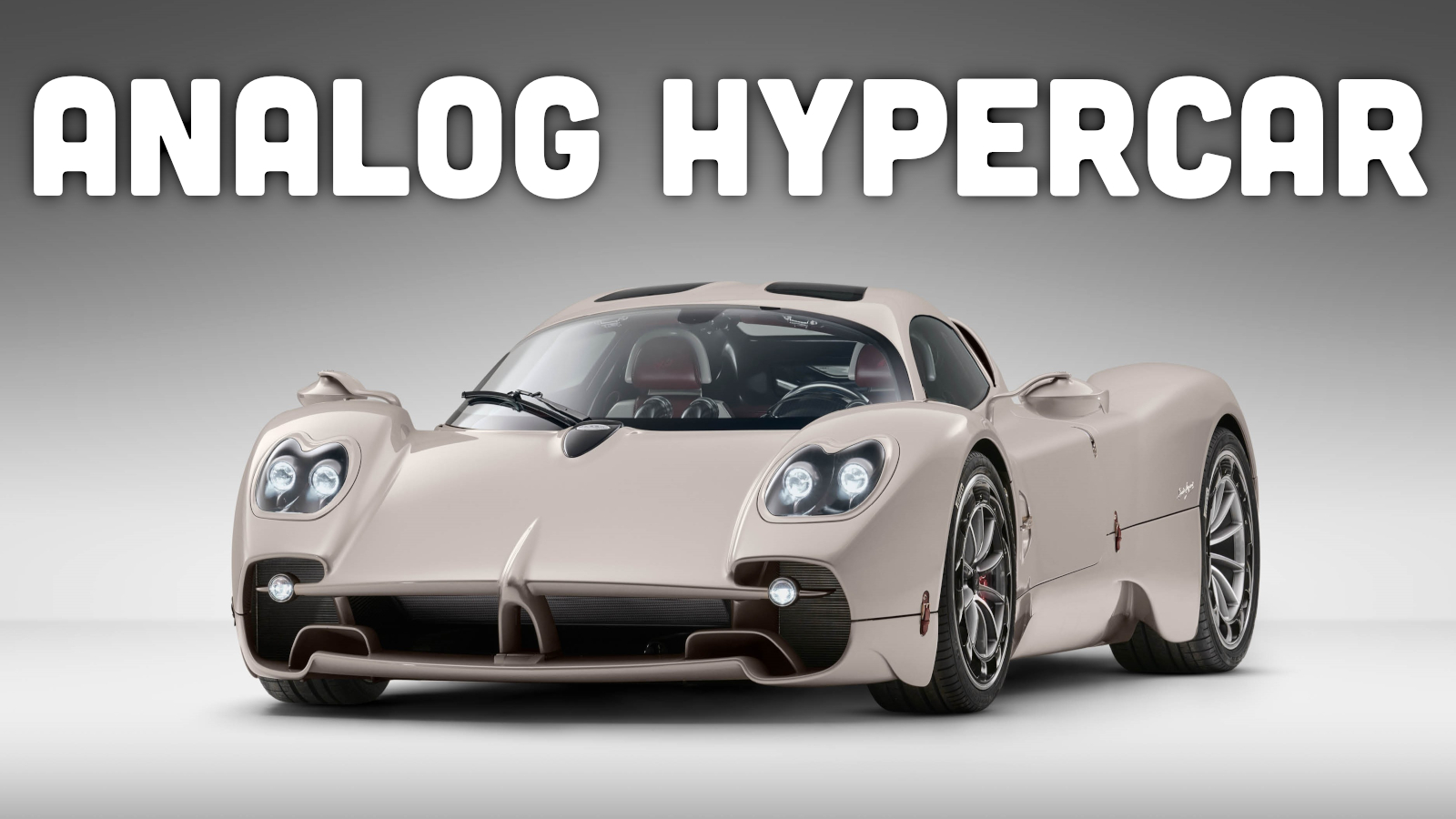 Pagani just released its latest hypercar and it’s a bit of an unexpected masterpiece. The Utopia is the company’s third new car since its founding 30 years ago and it features an 864-horsepower V12 engine and a seven-speed manual transmission. Bucking current trends, it doesn’t have electric motors, high voltage batteries, or huge screens. Instead, it tries to be as simple as a hypercar could be.

You read that right. Pagani was founded in 1992, yet this car is only its third new vehicle since the company’s inception. The Utopia isn’t just a successor to the Huayra, it also references the past while it moves the brand into the future. 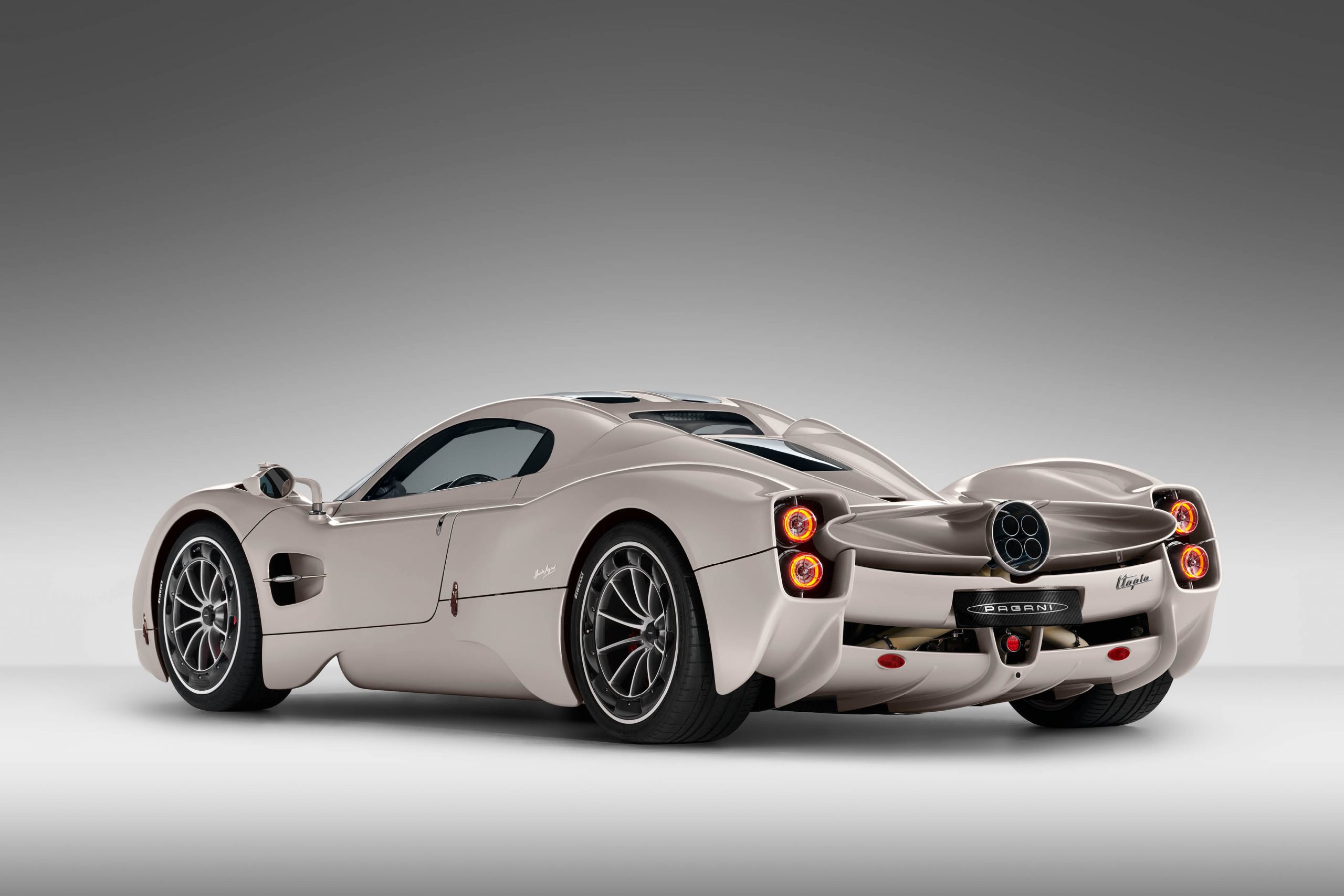 According to Pagani’s site, when the now 66-year-old Horacio Pagani was a kid in Argentina, he had a dream to make the most beautiful cars in the world. He spent time learning with an aeronautical and naval modeler. And at home, he made his own models out of balsa wood. 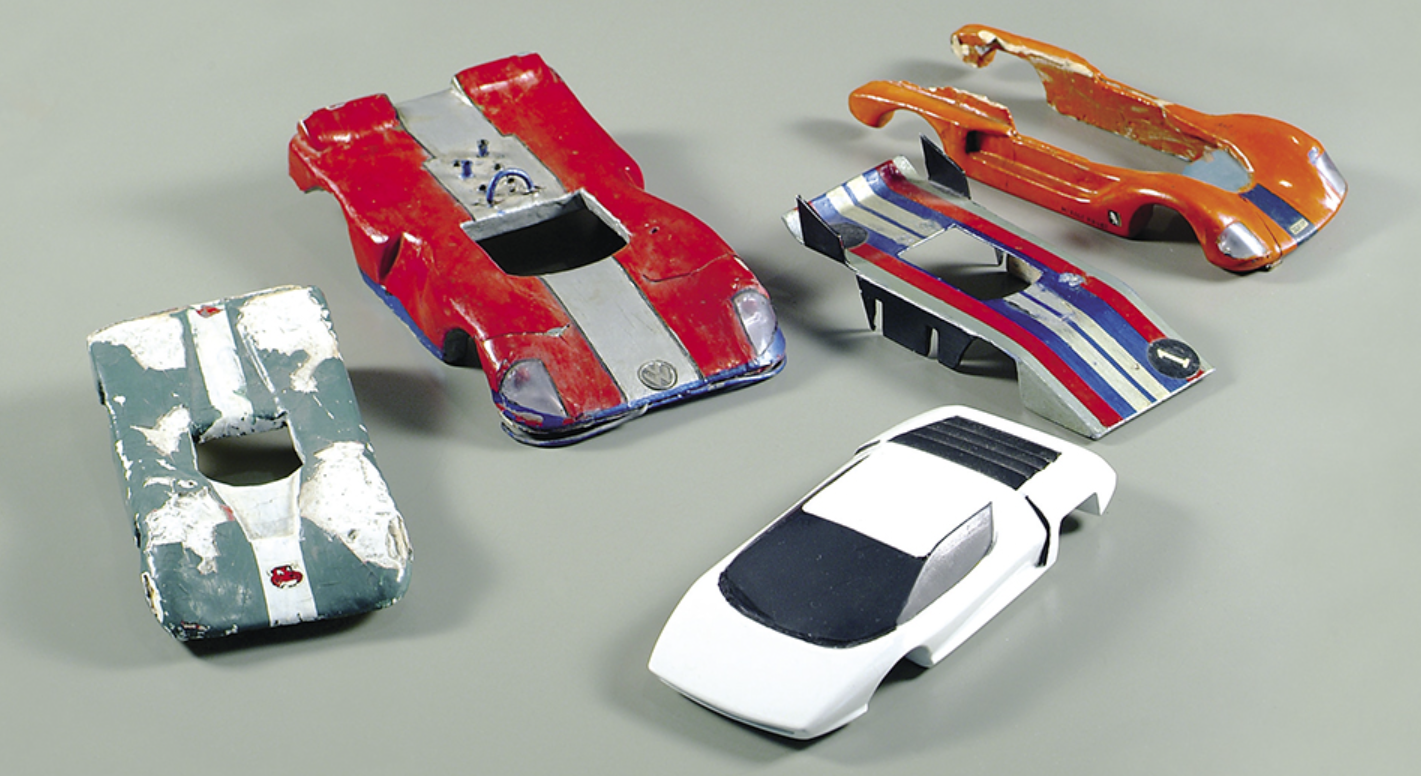 Over time, Pagani would be introduced to the works of Leonardo da Vinci, and eventually come to the conclusion that everything has to be beautiful and functional at the same time. The company says that da Vinci’s legacy influences Pagani’s entire work and philosophy, and I think that you can see some of it here.

Pagani says that Horacio has goals for each of his company’s hypercars. Pagani’s first production car, the 1999 Zonda C12, was designed to replicate the curves of a woman blended with the aggressive looks of a fighter jet. The end result remains striking, even more than two decades later.

And Pagani didn’t rest after, as he got to work on the next car just a few years later in 2003. The Huayra was designed around the goals of “Maximum expression of technology and of the automotive world.” [Ed note: I like the Zonda, I am not a fan of the Huayra and I’m not sure the Huayra counts as the maximum expression of anything other than, like, being able to draw a super fast catfish – MH]

This car? Pagani says that it was designed around input from clients. Those clients apparently answered “simplicity, lightness and the pleasure of driving.” Thus, this car does away with technology that it (and those clients) feel detract from those goals. 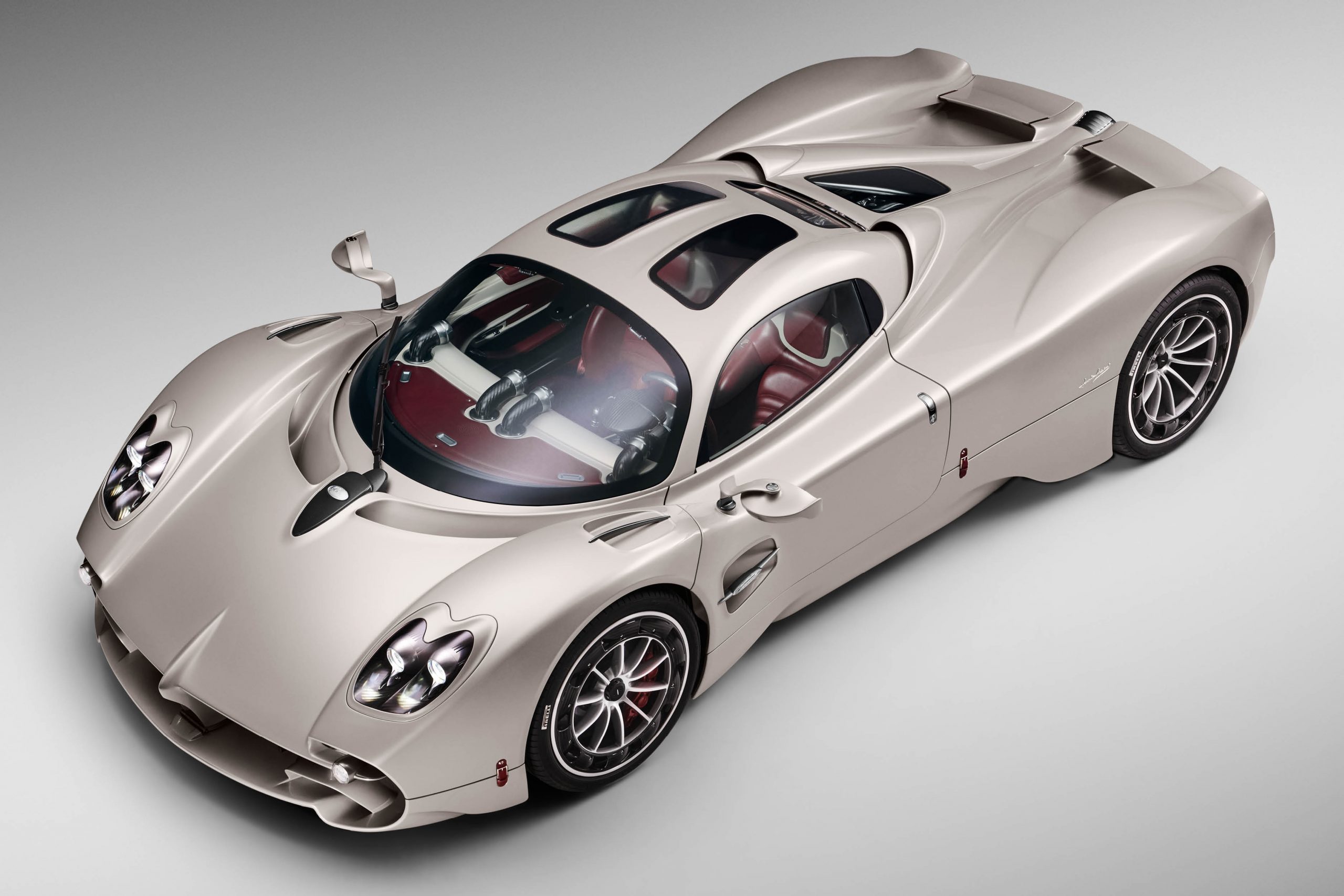 To create the visuals for its latest masterpiece, Pagani says that it drew inspiration from objects from the 1950s like Vespa scooter headlights and parts from Riva speedboats. This car even features turbine wheels, which the company notes draw hot air away from the brakes while reducing turbulence under the vehicle.

It also has special Pirelli tires that, if you look closely enough, you’ll see the silhouette of the Utopia in. 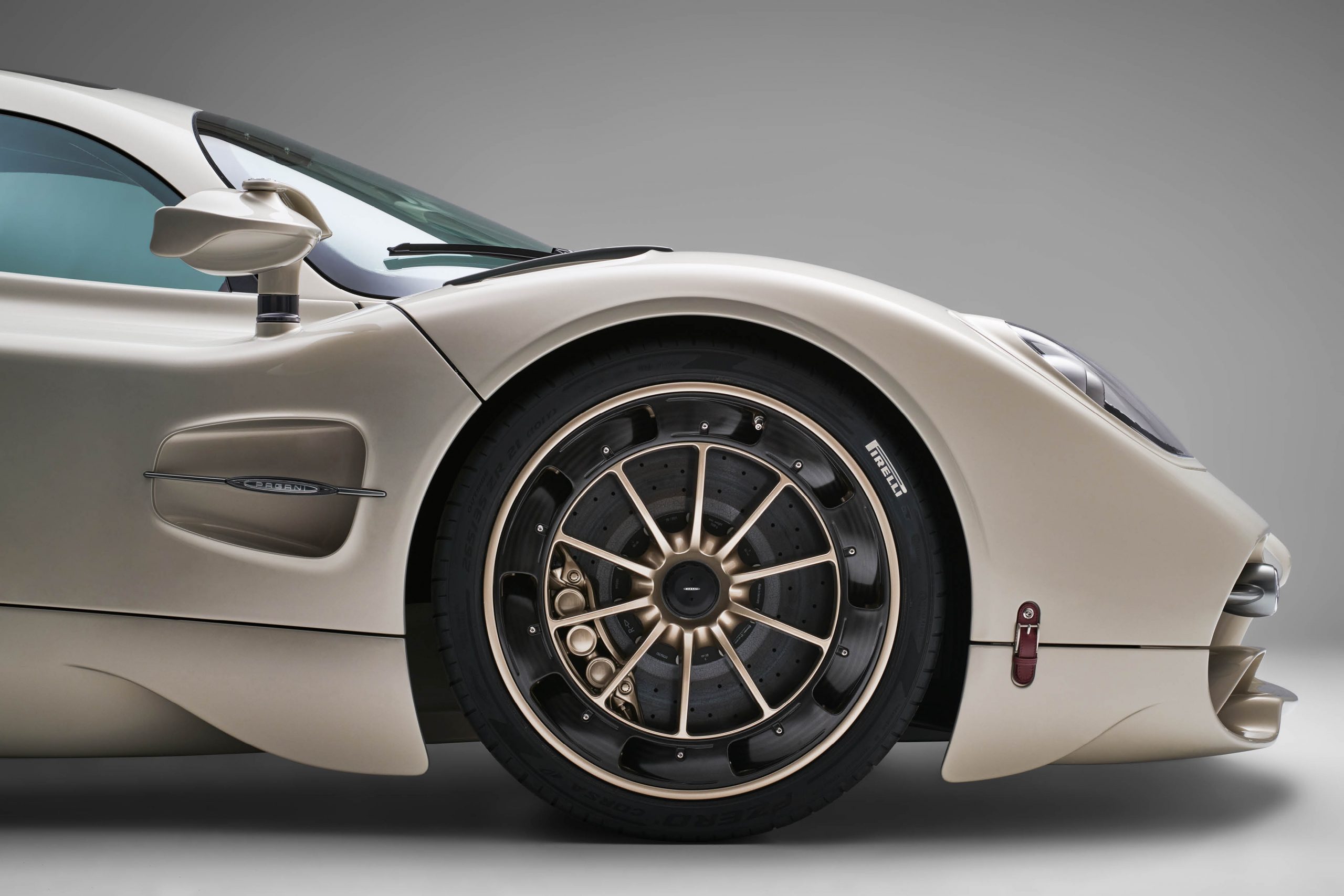 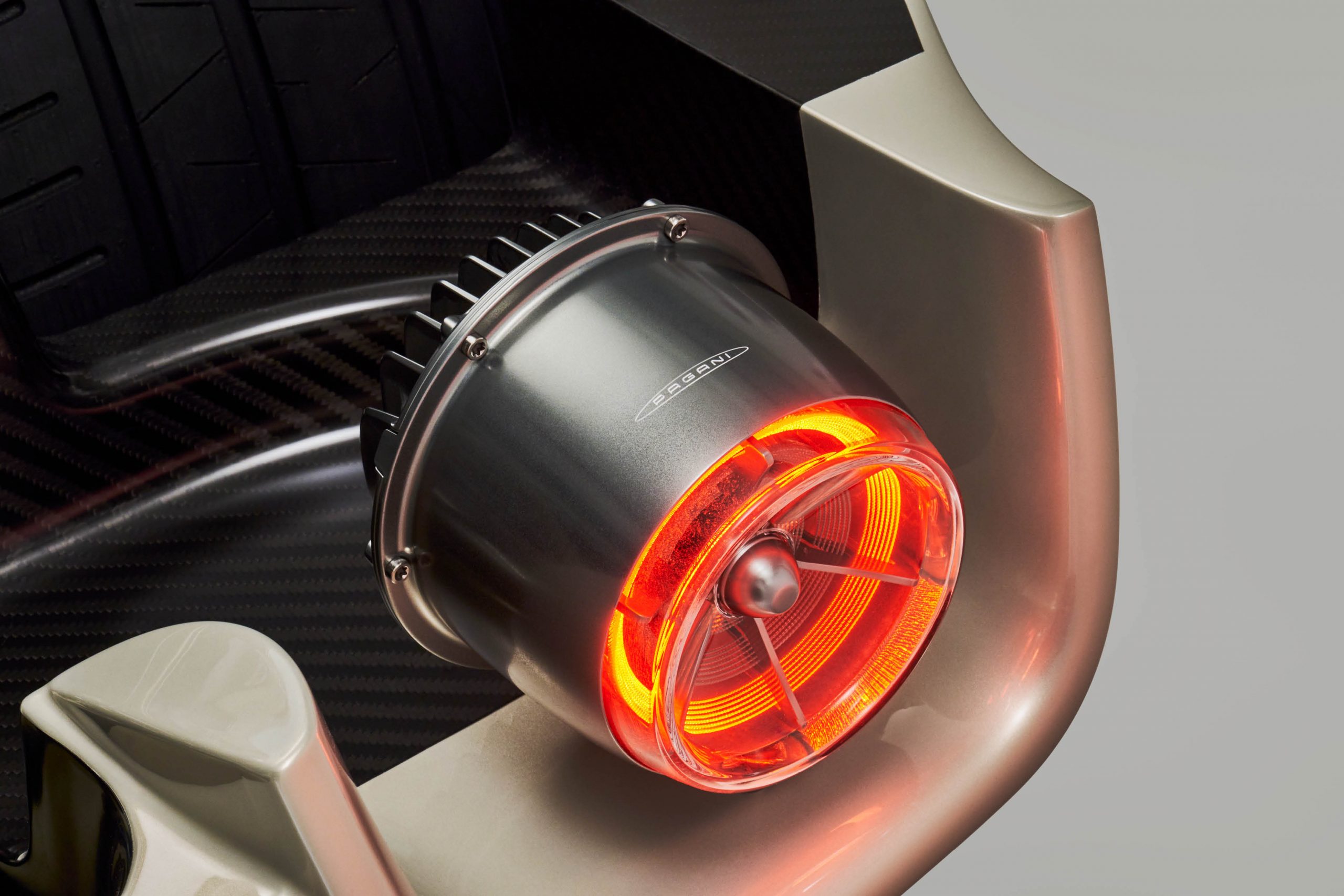 The rest of the car looks like a mix of old and new. Its shape seems like an evolution of the Zonda and the Huayra. It has stacked taillights like a Zonda. And look at these things; they’re works of art all on their own! [ED Note: Yes, there’s a touch of Mitsuoka Orochi here but the Mitsuoka Orochi is good! – MH]

It also has distinctive mirrors, which have supports shaped like airfoils. Pagani says that those are the result of the company going to an insane level of detail for wind tunnel optimization. But it’s inside where you really start to see Pagani’s goals coming together. 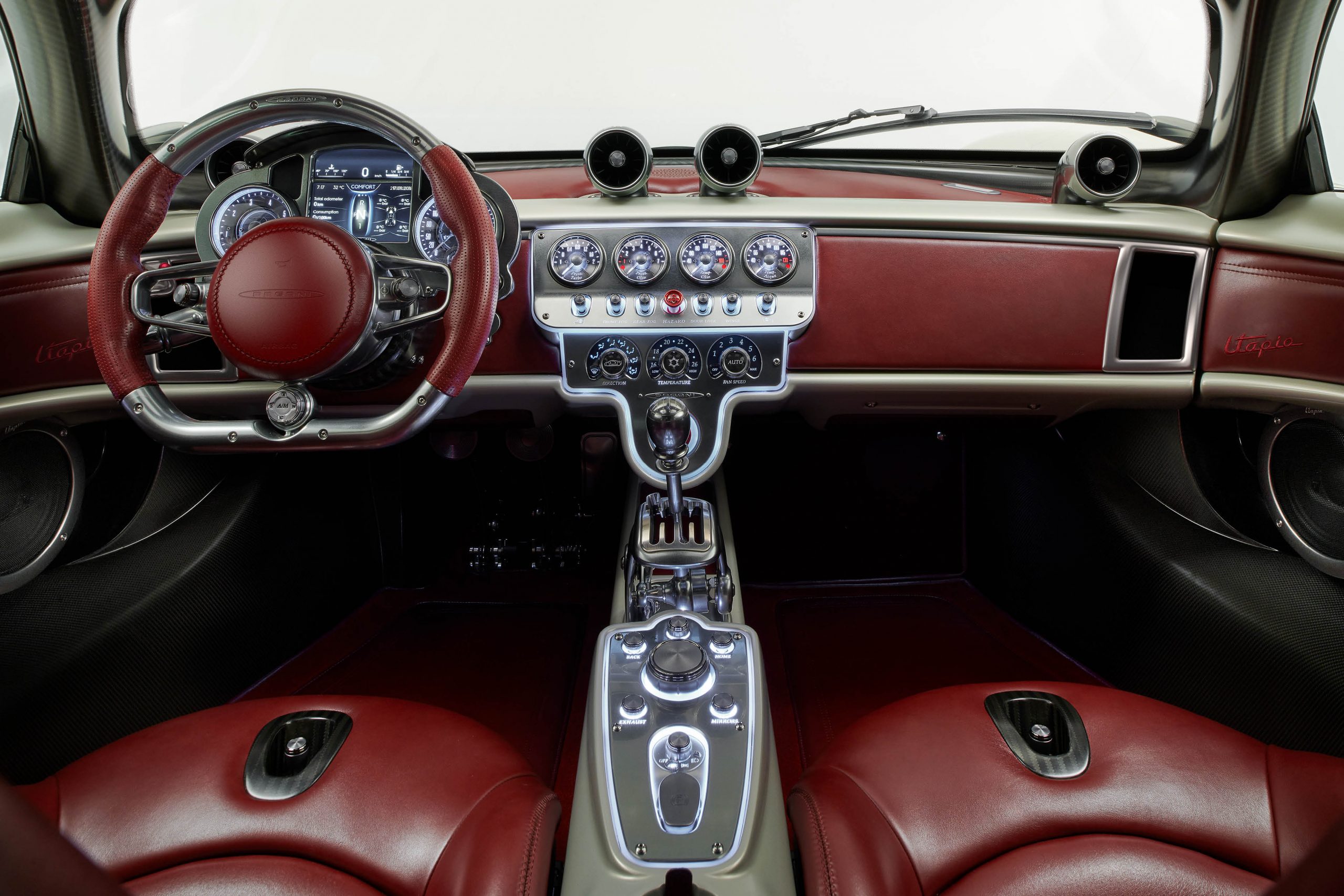 You’ll first notice the lack of screens. The instrument cluster has a small screen, and that’s it. There are a load of analog instrument gauges and big, aluminum knobs for the driver to adjust controls with.

Pagani’s quest for simplicity even drills down to how interior pieces are made. The steering wheel is milled from a single piece of aluminum, as are the pedals.

And the exposed shifter is just pure mechanical art. 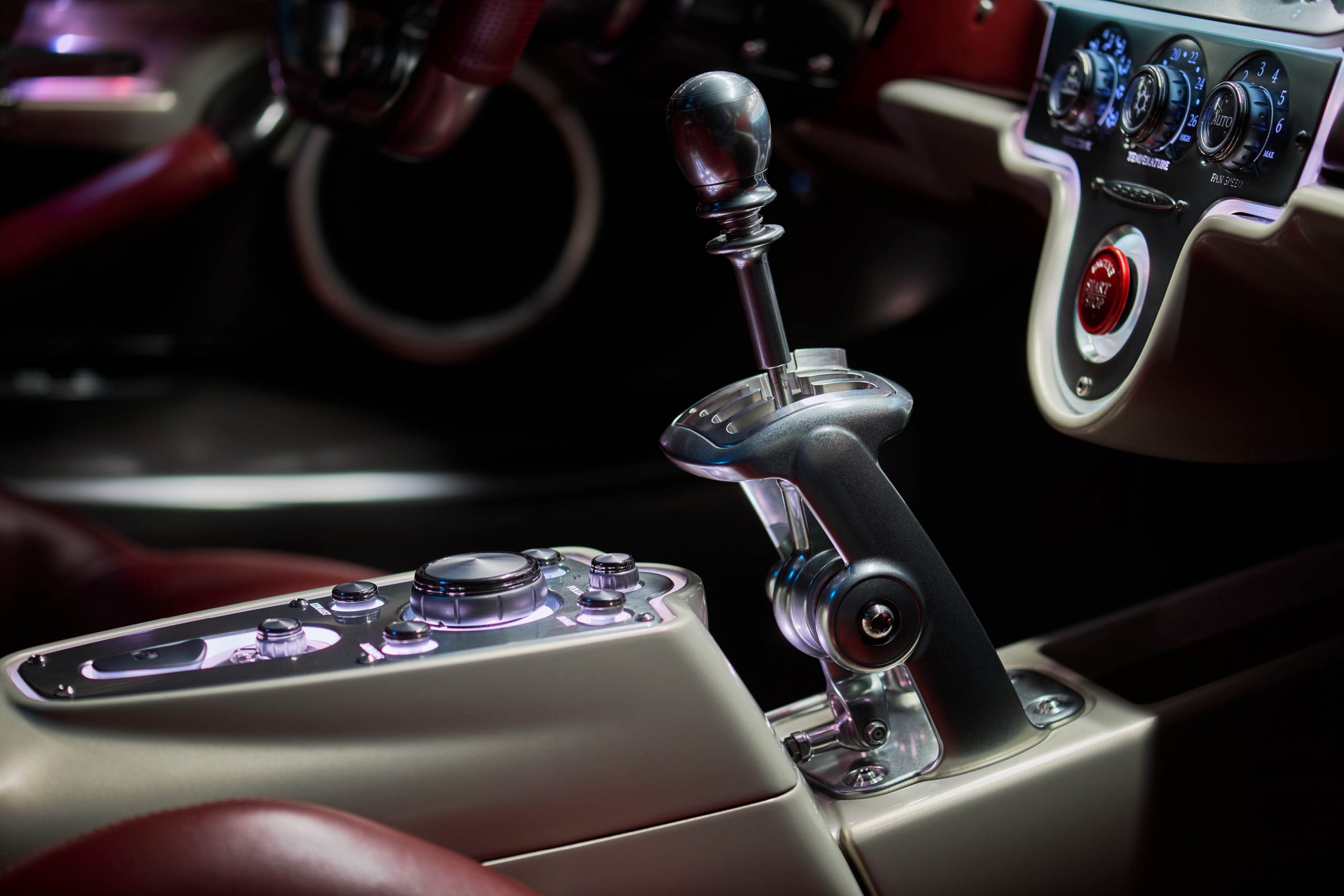 Located in the aft end of the vehicle is a 6.0-liter twin-turbo AMG V12. It’s making 864 HP and 811 lb-ft of torque and, continuing the theme of simplicity, you’ll find no hybrid systems or electric motors here. Performance numbers haven’t been released yet, but that engine is hauling a vehicle built with a structure of “Carbo-Titanium.” This is what Pagani calls its composite and high-strength steel monocoque. The whole car weighs just 2,822 pounds dry; not much for that AMG-sourced V12 to push. 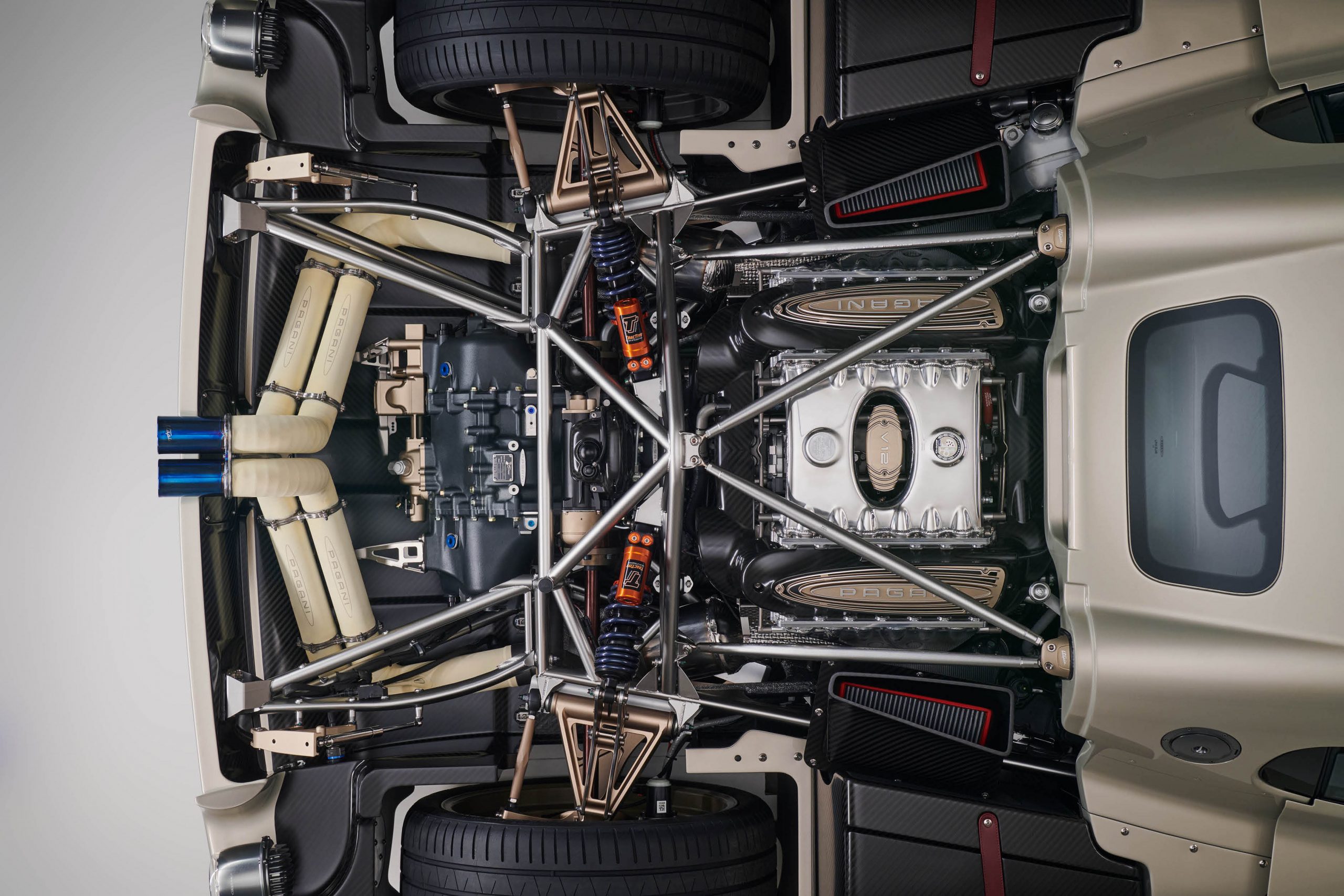 Oh, and that V12 is laying the power down through the rear wheels via a seven-speed manual transmission. Pagani has learned that more than two-thirds of its customers prefer real manuals, so for the sake of that aforementioned simplicity and driving pleasure, this hypercar has three pedals. If you really must, there’s also what they’re calling a “Pagani by Xtrac” 7-speed transversal automated manual transmission. Pass.

And while we’re looking around the vehicle with its clamshells open, I should note that elegant leather straps hold them down and you get panniers for your luggage, like you’re riding a vintage motorcycle. 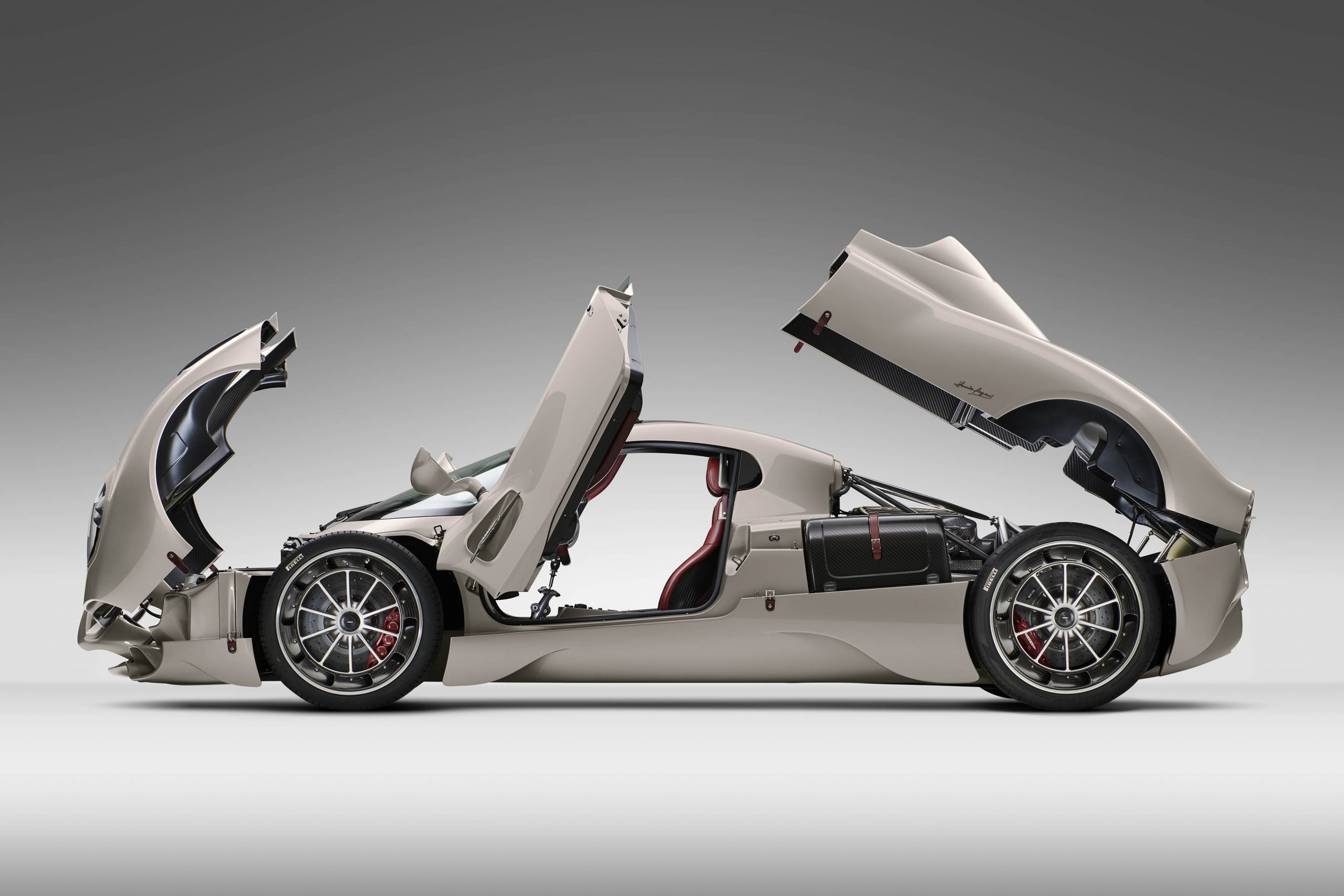 Pagani says that sketches for the Utopia began over six years ago and its name is explained like this:

Utopia… For the philosopher Thomas More in 1516, Utopia was a place that did not exist, and ever since the name has been given to the idealized places of which we dream. But for those who make their own future, for creators, utopia exists, it is ‘merely’ a case of finding it! 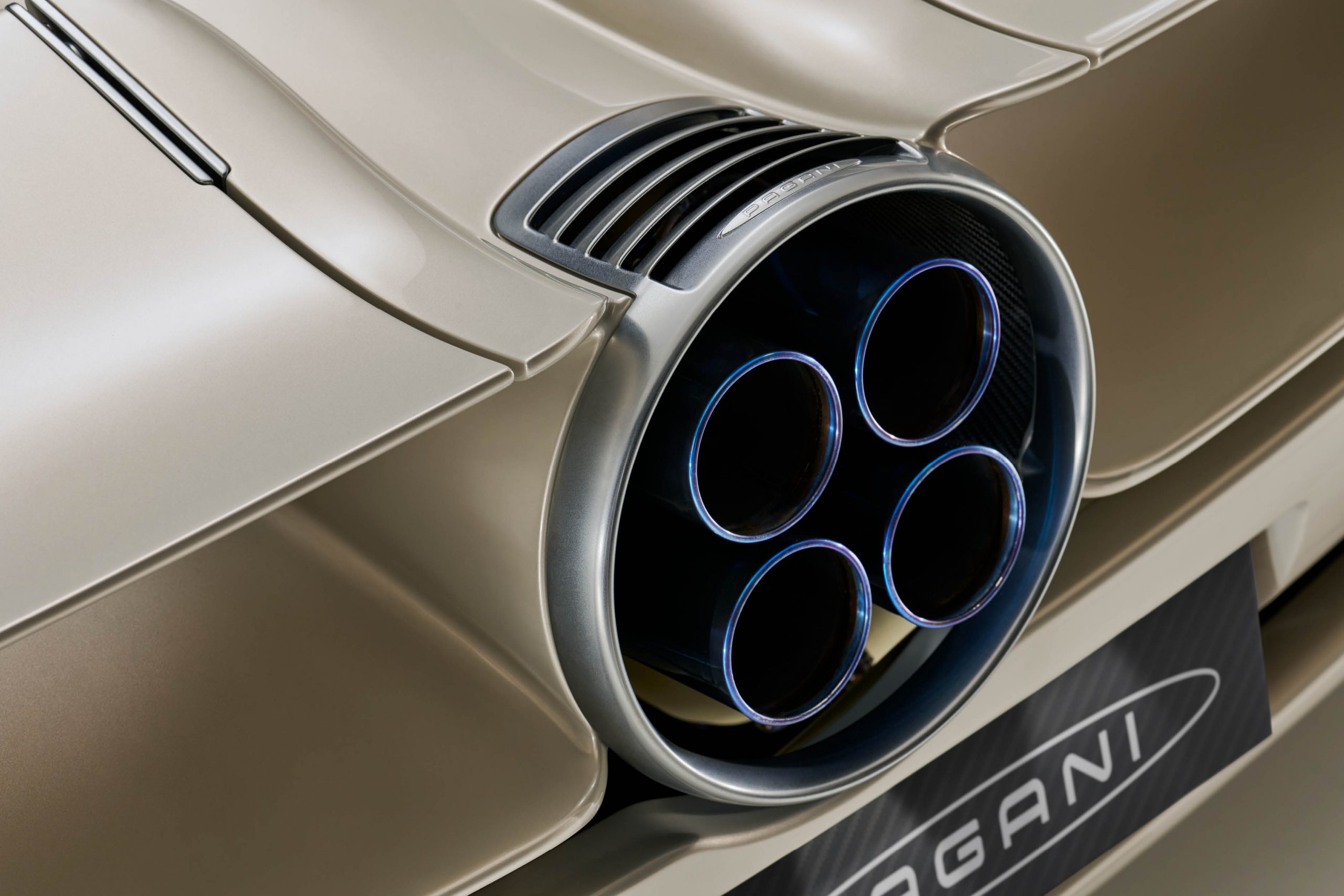 If you love Pagani’s analog hypercar and can afford its roughly $2,198,947 (2,170,000 Euro) price, I have bad news for you. Pagani is making only 99 of them and they’re already assigned to customers. Still, in a world where supercars and hypercars feel more like they are designed for video games, it’s interesting to see a manufacturer going in the other direction.

(All photo credits to Pagani.)

Mercedes is a lifelong fan of all things powered by an engine. When she isn't driving one of her five Smart Fortwos or her 14 other vehicles she could be found in the cockpit of a Cessna 172 or perhaps swimming in any body of water that she could find. She also has a deep love for buses of all kinds. Please send her buses. mercedes@theautopian.com Instagram: @mistymotors Twitter: @Miss_Mercedes30 Facebook.com/neonspinnazz
Read All My Posts »
PrevPreviousThe 2023 Lincoln Corsair Gets A Massive Grille And Some Nifty New Color Options
NextThis Amazing Old Delivery Van Was A VW Bus 10 Years Early And Proves The Corvair Was Not America’s First Rear-Engined Air-Cooled VehicleNext