Quick question: is it illegal to love Citroëns? Is it a crime? A capital offense? If so, then send me to the fucking chair, because I am absolutely, unrepentantly guilty. I’m even gonna say some badass shit as they throw the switch like “off to drive my Traction Avant through hell!” or something. Part of the evidence that would be used to convict me in this weird dystopia I’ve built in these sentences where Citroën-love is a crime is my admiration for this particular car, the Citroën CX Familiale. That’s because, alongside all of its other amazing qualities, it also happens to hold an automotive record for something absurdly specific. I’ll tell you if you read on. 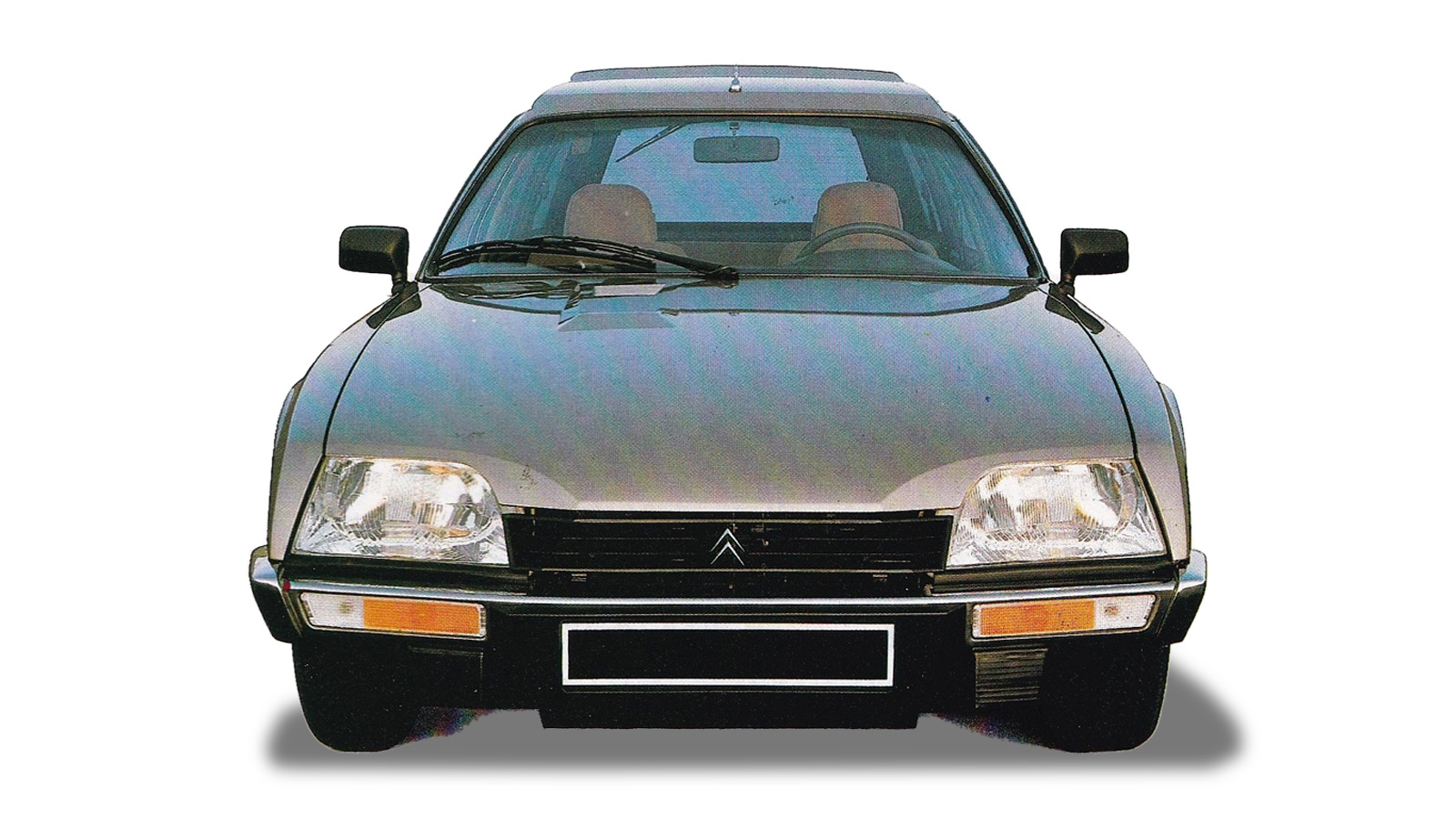 The CX was perhaps the height of Citroën’s spaceship-iness, being introduced in 1974 as a replacement for the iconic DS, a car quite spaceshippy in its own right. The CX was the last Citroën designed and built before their bankruptcy and merger/takeover with Peugeot in 1976, and as a result the CX retains all of the strange, wonderful pure Citroën DNA from cars like the DS: hydropneumatic suspension, dramatically streamlined bodies that were like cybernetic speed-tortoises, odd but glamorous control decisions, sofa-on-a-lake-of-pudding-like comfort goals, the whole baguette.

Let’s just look at this bonkers-fantastic dashboard a moment, to drink in the essence: 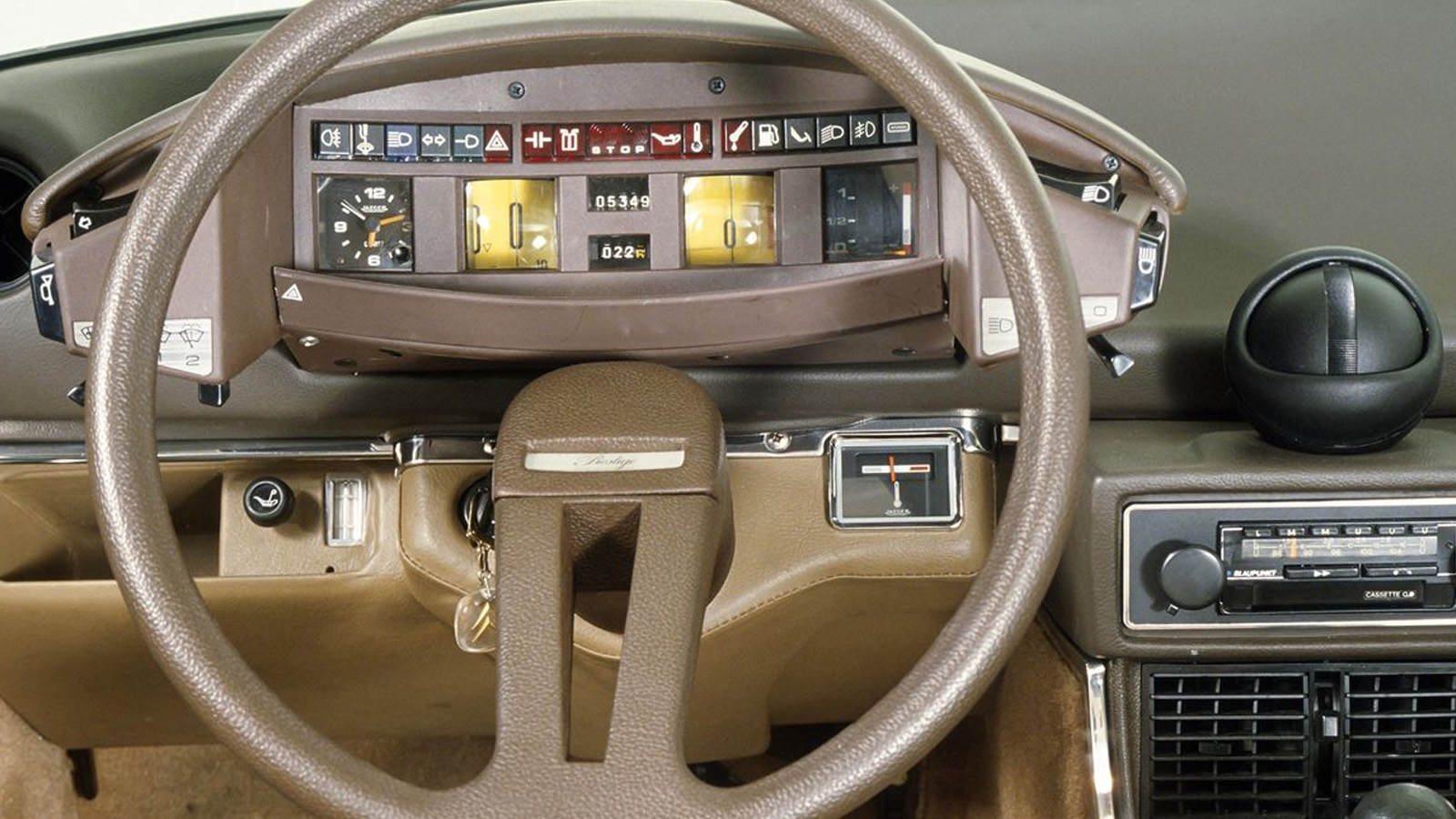 That helps. There was a wagon version of the CX as well, known as the Familiale, and this is the car I want to talk about specifically, because it’s the car that I believe is a record holder for a very specific automotive metric. It’s not the fastest (the CX used the same engines as the DS, so it wasn’t exactly a rocket, despite the look) or the biggest or the quietest or whatever you usually think of for superlatives. But it did have the more of one particular feature than any other car before or since, at least that I can think of.

The vast, vast majority of cars have two, up front, for each front seat. A few magical cars, well, one at least, has an extra set for the rear seat, the Porsche 928: 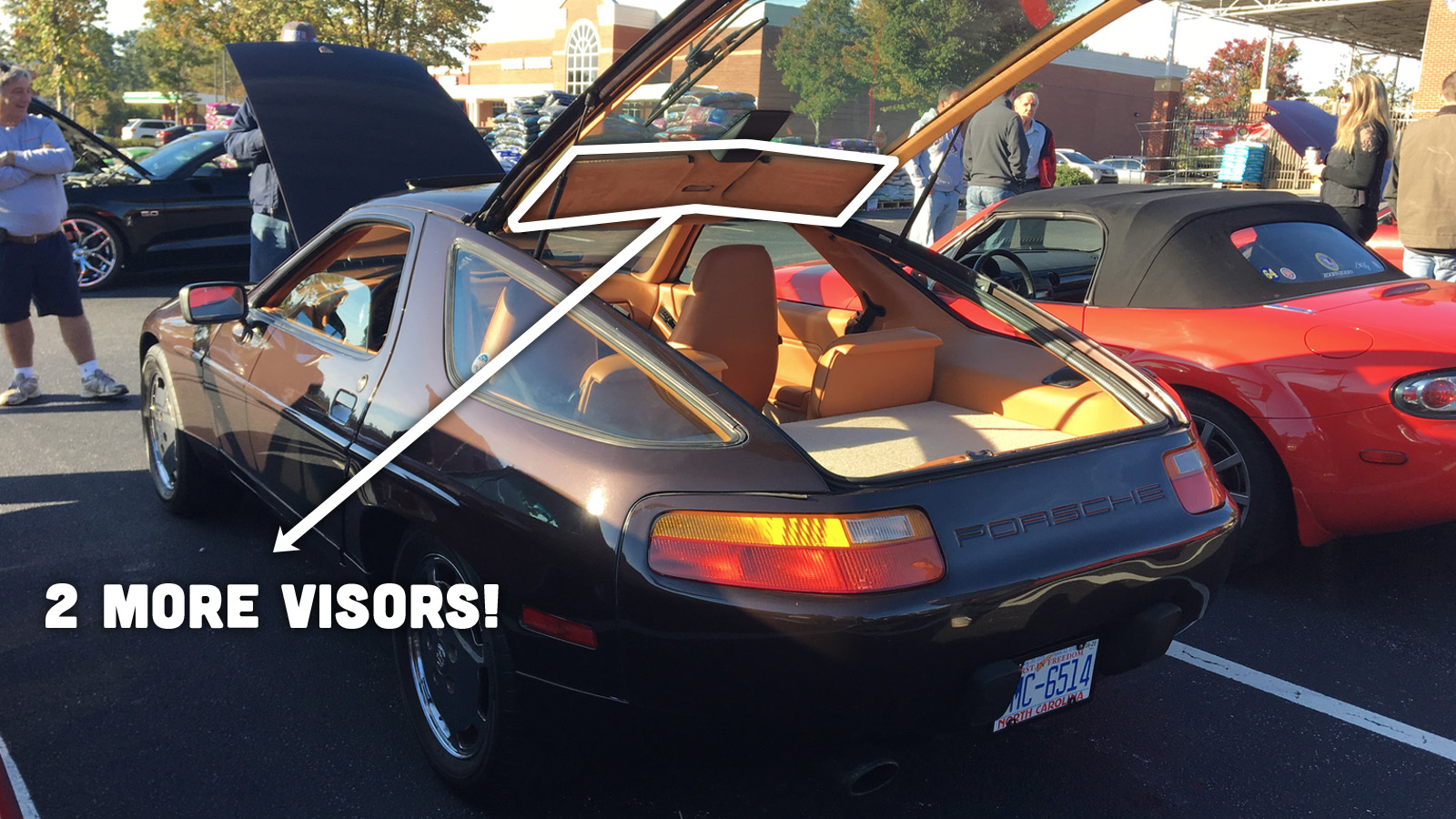 So, the count is mostly two, one four, maybe there’s a few other quad-visor stragglers out there, but I’m pretty sure there’s only one car with six. The Citroën CX Familiare: 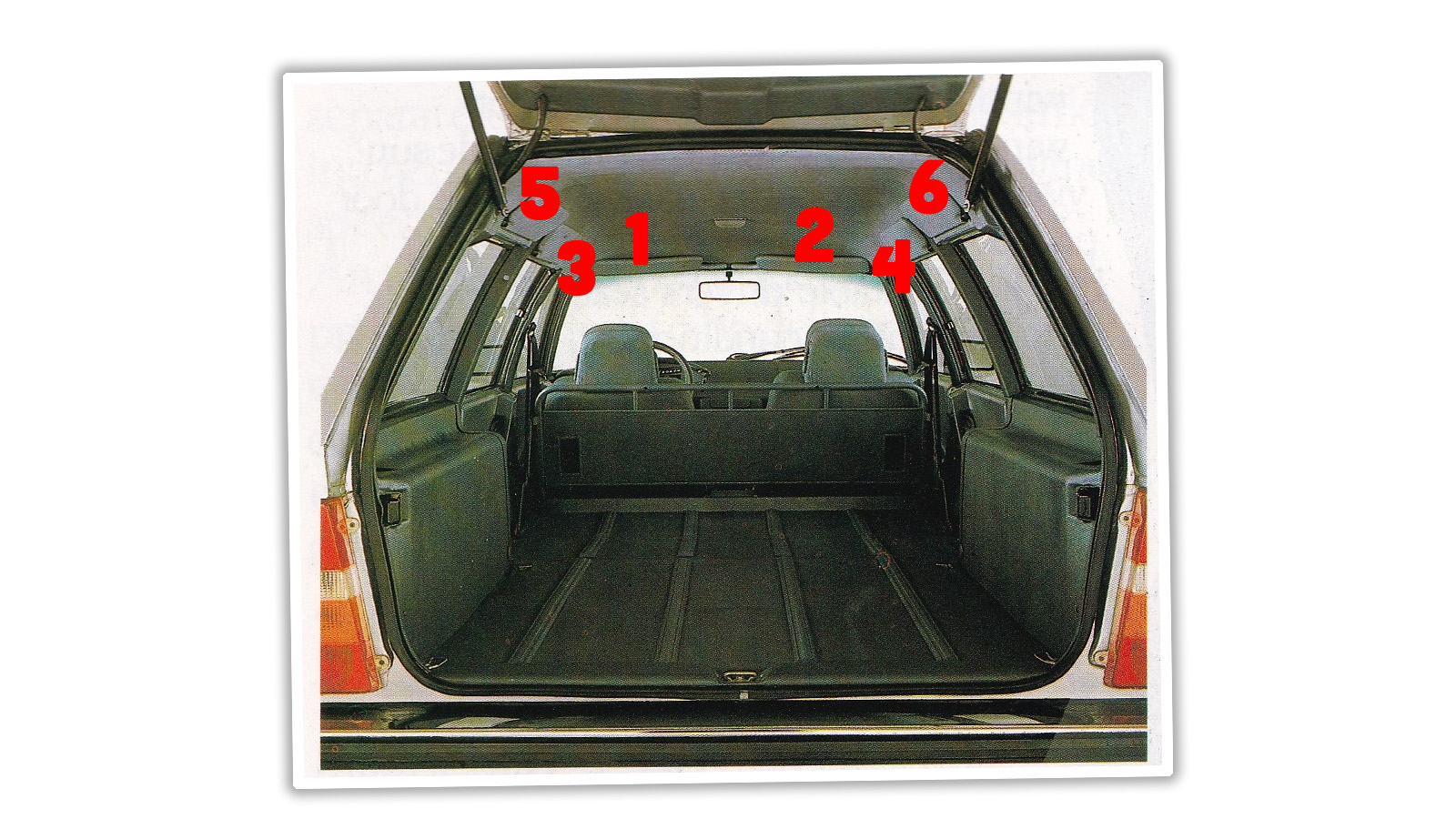 Six! Look at that! There’s the two ones up front, and then Citroën engineers, having proven beyond a shadow of a doubt that the rotation of the Earth causes the sun to appear to move across the sky, coupled with the fact that the completely-motile CX could be positioned in nearly any location that admits direct sunlight into any of its windows, realized that every passenger deserves to be able to block the powerful rays of the sun, and as a result, each window gets its own visors.

Well, except the back window. But still: six visors!

You’d think four would be enough, but the Familiale has provisions for a third-row jump seat, and those people have eyes that need visoring, too, so six it is. 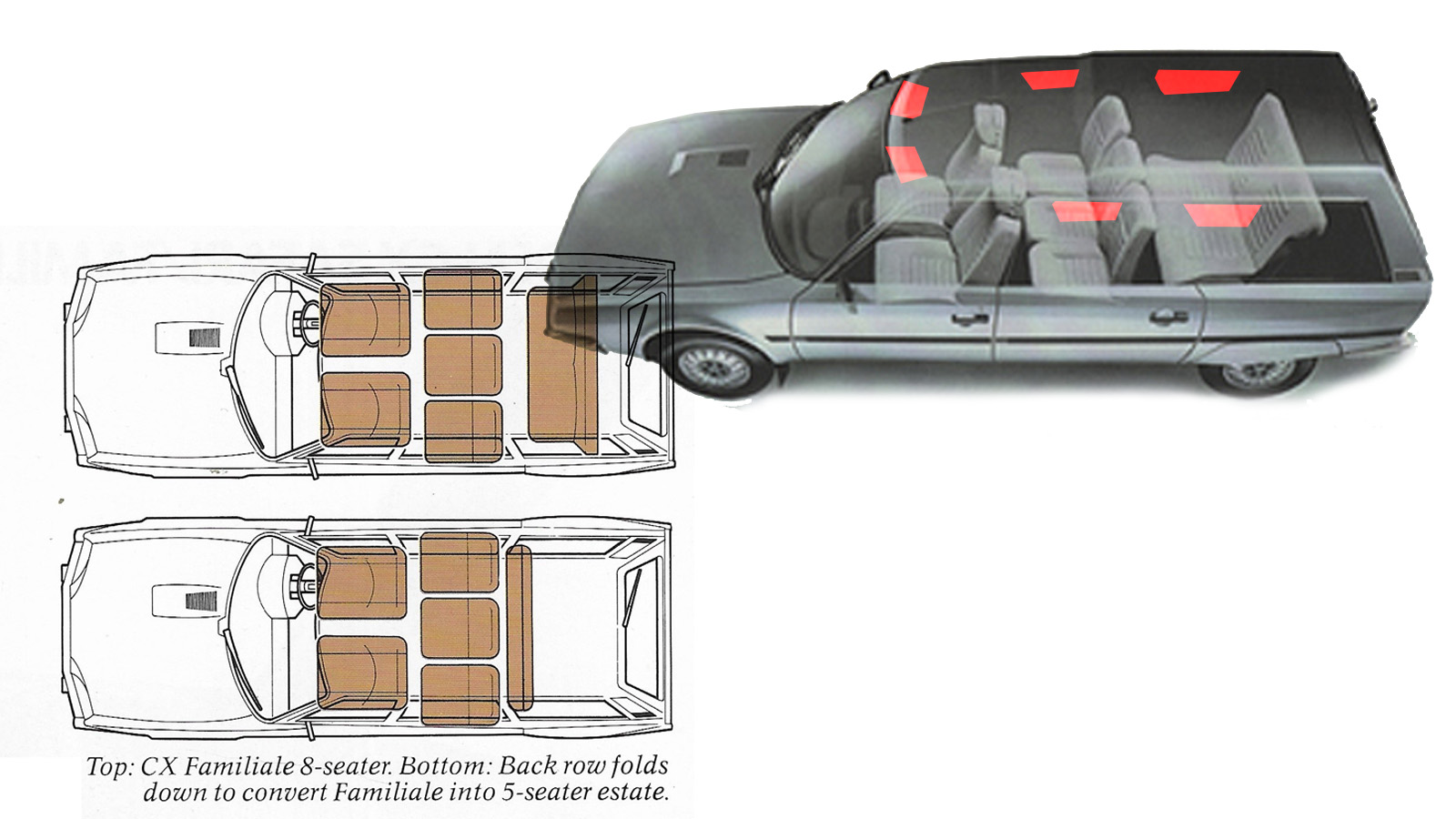 Imagine if you owned a CX and then made it big somehow, and decided to treat yourself to some lavish new automobile, like a Rolls-Royce, arguably the Cadillac of motorcars. You get in, admiring the supple leather, the burled walnut, and then look in your rear view mirror as your friends and loved ones flail around in confusion, looking for rear seat sun visors that simply don’t exist.

Sobering, isn’t it? Nobody beats the CX. Well, at least about number of sun visors. I mean, maybe one of you in the comments know of some eight-visored car I missed, but until I hear that, nobody beats the CX.

I'm a co-founder of the Autopian, the site you're on RIGHT NOW! I'm here to talk to you about taillights until you cry and beg me to stop, which I absolutely will not. Sorry. Hug? Also, David's friend.
Read All My Posts »
PrevPreviousThere Was A Time When Americans Could Buy A 300-Horsepower Supercharged Wagon From Audi: Holy Grails
NextThis Dealer’s $20,000 Markup On A 2023 Toyota GR Corolla Nearly Equals A Base CorollaNext