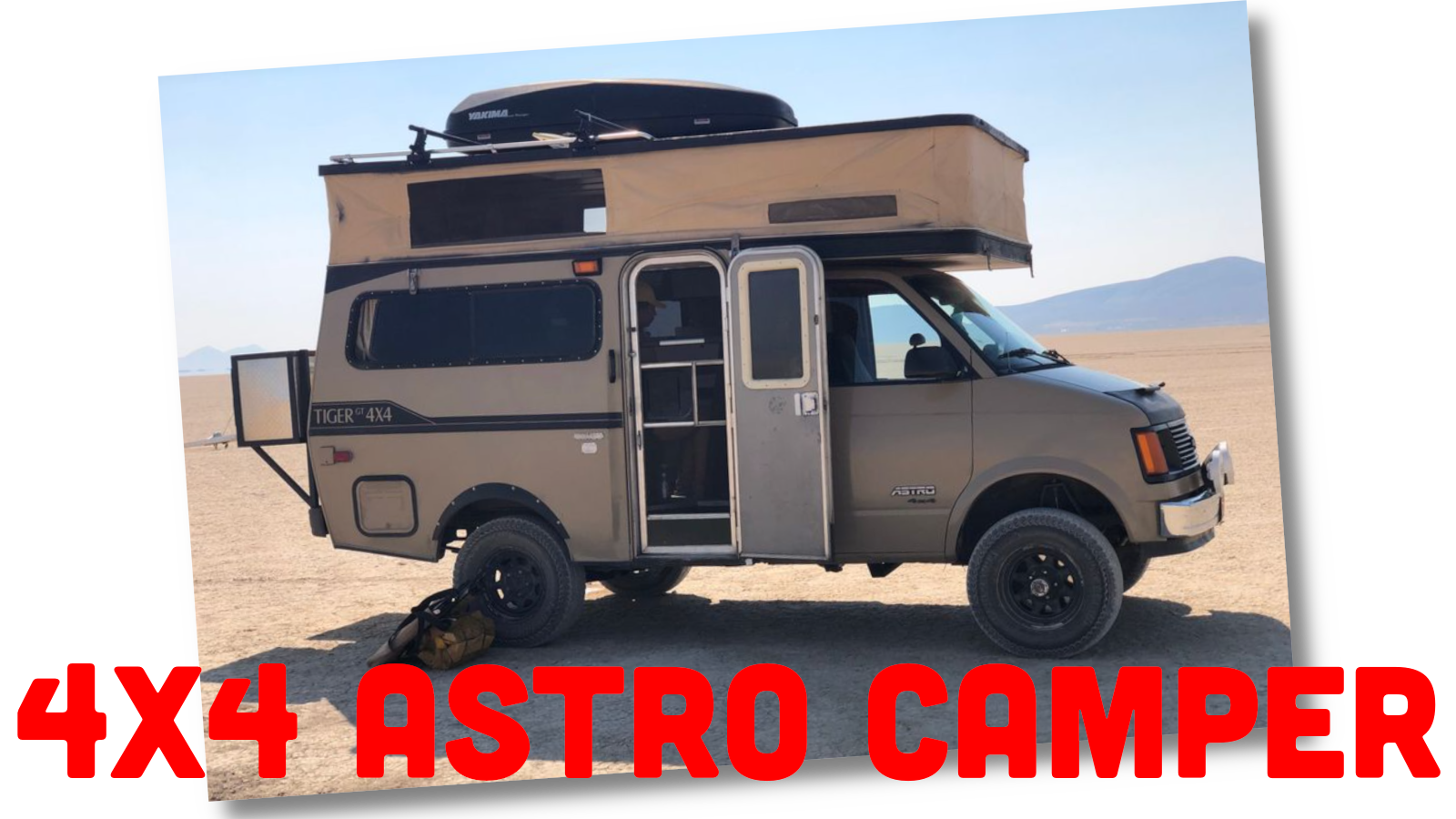 The Chevrolet Astro may have been out of production for 17 years now, but don’t forget how cool and reliable these things were. They came with the unkillable 4.3-liter V6, could be had with rear or four-wheel drive, were offered as cargo vans, could have barn doors out back, and could even be bought with a weird three-piece rear hatch. You could even get one with a stick! The very coolest of all Astros , though, has to be the Provan Tiger GT 4×4 — handsome camper with a beefy 4×4 system.

The Chevrolet Astro and the GMC Safari survived an impressive 20 years on the market before seemingly disappearing. I mean, when was the last time that you’ve seen one outside of a Gambler 500? They were prone to rust, but they were unstoppable; where, then, are they all now?!

Anyway, back in 1977, Chrysler designers began work on what they would call the “magic wagon,” as Stellantis puts it, Their work culminated with the first-generation Dodge Caravan and Plymouth Voyager. Chrysler brought innovation to vans with its front-engine, front-wheel-drive design. The van had a low, flat floor and it felt and drove more like a car than the vans of old. In 1983, these vans captured lightning in a bottle. Before long, the minivan became the family car, and Chrysler led the way.

General Motors answered the call in 1985 with the Astro and Safari. However, unlike the Chrysler vans, the General’s would be more conventional. The company’s vans were built with unitized construction like Chrysler, but departed from them in other ways. The Astro kept an old-school rear-wheel-drive layout and borrowed its drivetrain from the S-10 pickup.

General Motors’ first minivans felt a bit like the vans of the past, but shorter and with a modern design for the era. And while Chrysler vans boasted trick features like bench seats that could turn into beds, the GM ones won with utility. According to Allpar, a first-generation Chrysler van could tow 1,000 pounds. But the Astro? With its 5,000 pounds of hauling prowess, it could tow a Dodge Caravan.

When GM was a year into having these vans in production, Provan Industries opened up shop in Colorado. From the jump, Provan set to build adventure camping rigs. And the company’s vehicle of choice for van-based campers? The Chevrolet Astro.

History on these campers is hard to find, but I’ve been able to find some details through searching around the net. Grafted onto the back of the Astro by Provan is a camping unit. Inside, you’ll find sleeping space for up to four and some basic amenities.

You get a stove, a sink, and a refrigerator. Options included air-conditioning, a shower and toilet unit, a microwave, and even a generator. If you got a GT, your camper top was a tent that retracts into the camping unit. This would allow the van to fit in a garage. But if you liked your campers with hard sides, there was the Provan Tiger XL, which featured a fixed fiberglass top.

There are a bunch of Provan Astros for sale all over the internet right now, but one of them caught my eye. Sadly, this 1988 Provan Tiger GT doesn’t have the shower and toilet unit. However, it does have an option that may be better: Four-wheel-drive.

GM’s AWD option for the Astro was designed by Ferguson Formula Developments Ltd. in the UK. Like many AWD systems of today it was automatic, delivering power to the front when the system felt it was needed. Provan’s choice for 4×4 conversions was reportedly Four Wheel Drive Engineering Inc. And this company went all of the way. This van has a solid front axle and the four-wheel-drive has a selectable low range. Oh, and you get locking hubs, 30-inch tires, and a lift.

The seller for this van notes that you get a propane heater, a 100Ah house battery, a freshly rebuilt transmission, and an airbag suspension. Power comes from a 4.3-liter V6 making 150 horsepower and 230 lb-ft torque. This seems like a good enough setup for some fun on some trails before parking someplace for the night. The interior definitely shows its age, but it still looks awesome to me.

Provan kept these in production all of the way until GM discontinued the Astro and Safari. So if this one is too old, then you can find newer ones. The company is still around, too, but has moved on from vans to building campers on the backs of pickup trucks.

This rig is on the cheaper side of what I’ve seen for van camper builds. The seller, located in Bellevue, Washington, wants $16,000 for it. Normally, I’d say that’s a lot for a 34-year-old van, but this one is pretty neat. And I firmly believe that these campers are the coolest Astros that you’ll find.

Mercedes is a lifelong fan of all things powered by an engine. When she isn't driving one of her five Smart Fortwos or her 14 other vehicles she could be found in the cockpit of a Cessna 172 or perhaps swimming in any body of water that she could find. She also has a deep love for buses of all kinds. Please send her buses. mercedes@theautopian.com Instagram: @mistymotors Twitter: @Miss_Mercedes30 Facebook.com/neonspinnazz
Read All My Posts »
PrevPreviousThe Cadillac Celestiq EV Makes A Valiant Bid To Be The Standard Of The World
NextThe Autopian’s Writers Would Love To Chat With You. Right Now.Next