Good morning! I seem to have stumbled on a theme for this week, so we’ll just go with it and see where it leads. Today we’re looking at two four-door sedans with manual gearboxes, but with wildly different levels of difficulty. Before we get to those, however, let’s see what you made of yesterday’s air-cooled beasts:

Yes! A full one-fifth of you are crazy enough to take on that dune buggy. When one of you one hundred and twenty-nine brave souls brings that beast home, we expect a full report.

Today, we’re shifting gears and looking at two vehicles with fixed roofs, four doors, and a certain degree of respectability that was lacking from Monday’s or Tuesday’s offerings. Does this mean that they’ll be boring? Not on your life. Here they are. 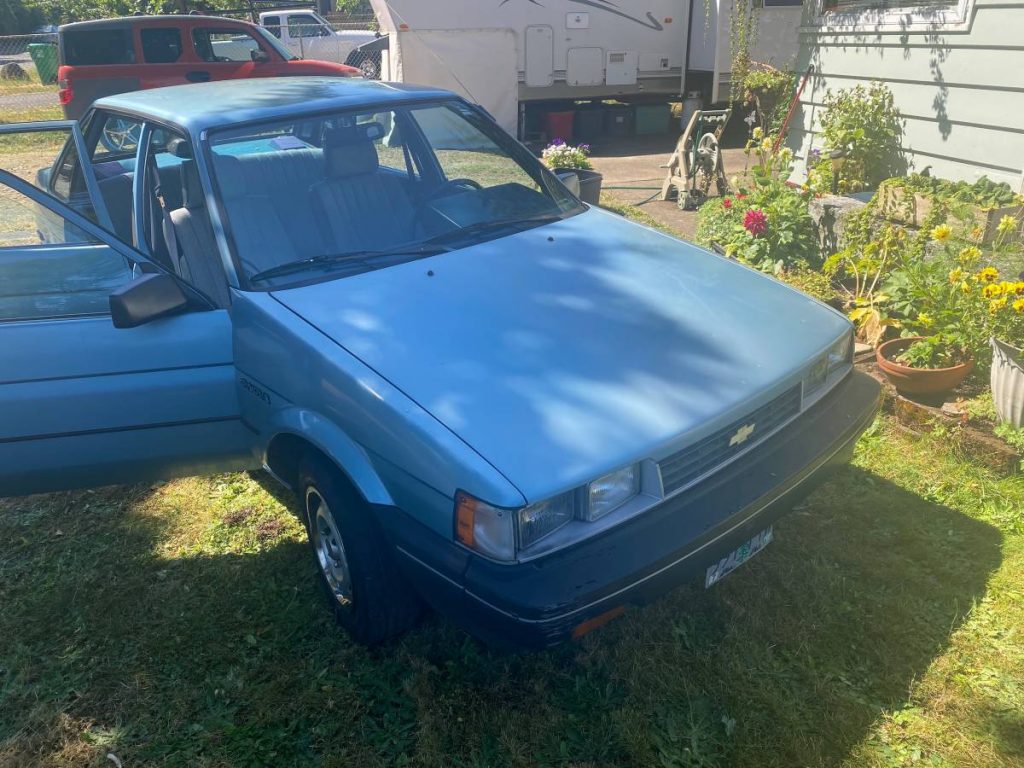 Runs/drives? Like a top, from the sound of it.

Before there was Geo, Chevrolet slapped its own badges on GM’s captive imports. The Chevy Spectrum was a rebadged Isuzu Gemini (or I-Mark in the States), the Sprint was a Suzuki Cultus, and the Nova was essentially a Toyota Corolla with some minor sheet metal changes. GM caught some flak for applying the Nova nameplate to a front-wheel-drive import, much like Chrysler faced with the Japanese-built late-1970s Challenger and front-wheel-drive Charger and Duster. What’s in a name? Quite a lot, according to some, it seems. 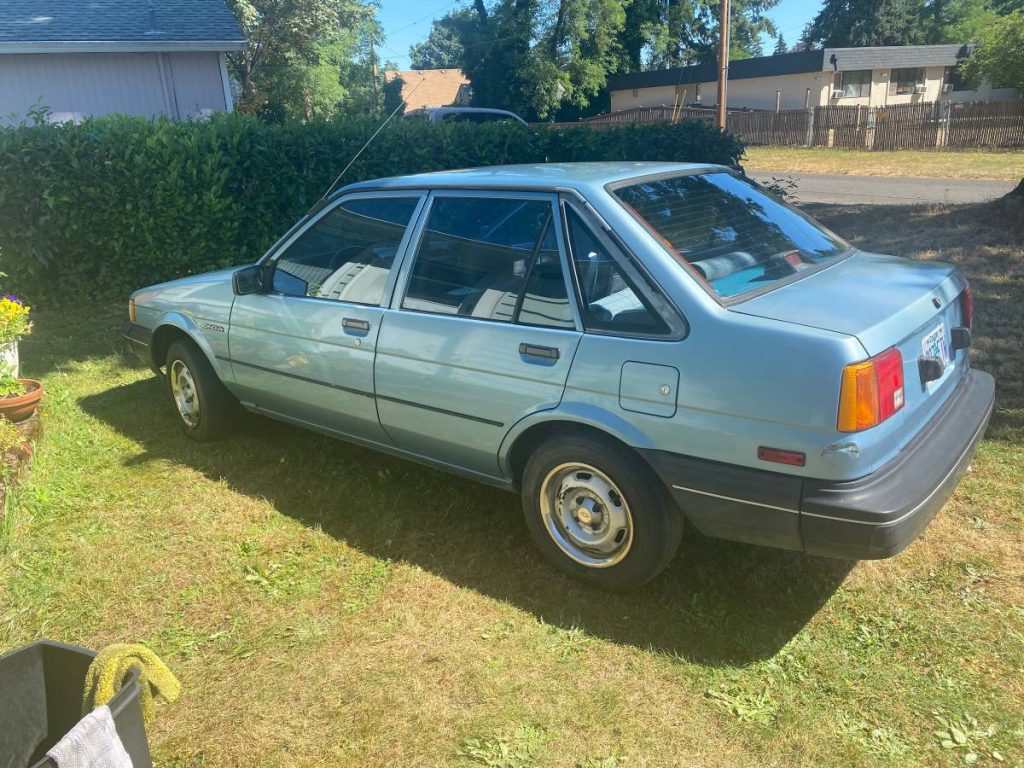 The Nova was built alongside the Corolla at the New United Motor Manufacturing Inc. plant (NUMMI for short) in Fremont, California. As such, the Nova wasn’t really an import after all. Or was it? And what about the Toyota-badged cars rolling out of the same factory? They were built by the same workers; did that make them domestics?  The whole “Buy American” thing gets more muddled the closer you look at it. 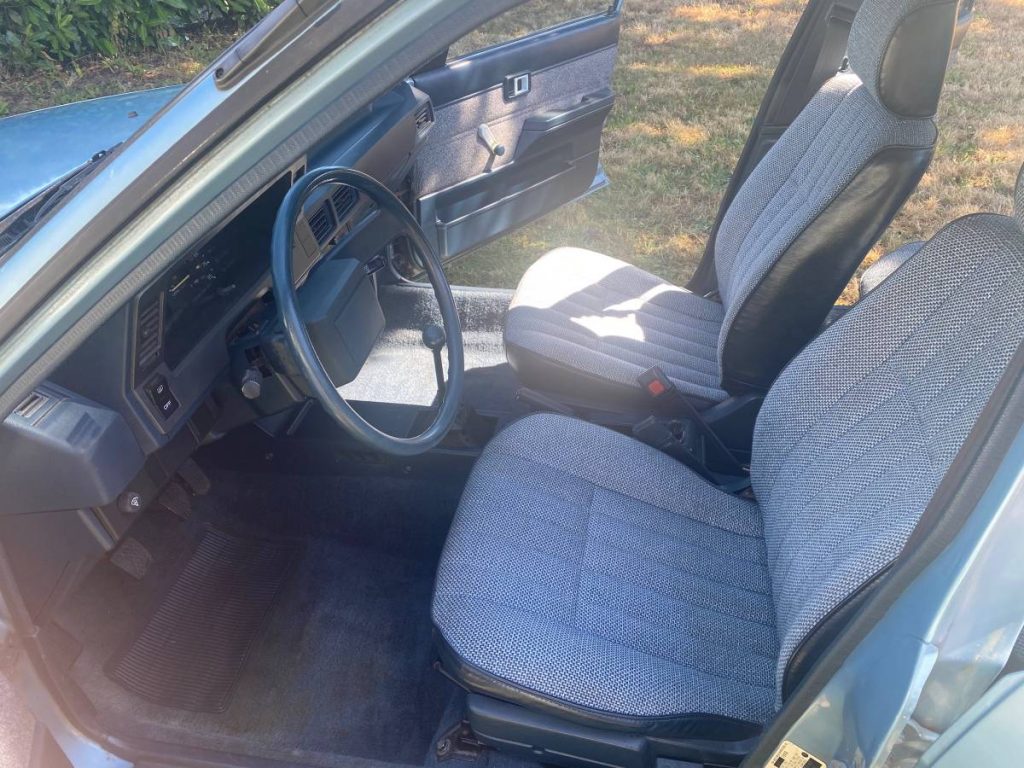 The best thing about this car, to me, is the complete lack of bullshit or pretense. It’s just a car, built to be useful, reliable, and reasonably comfortable transportation. And I can vouch for the truth of that: I commuted a hundred miles a day in one of these for the better part of a year, and it held up just fine. It won’t impress anybody except the person who owns it, but who cares? 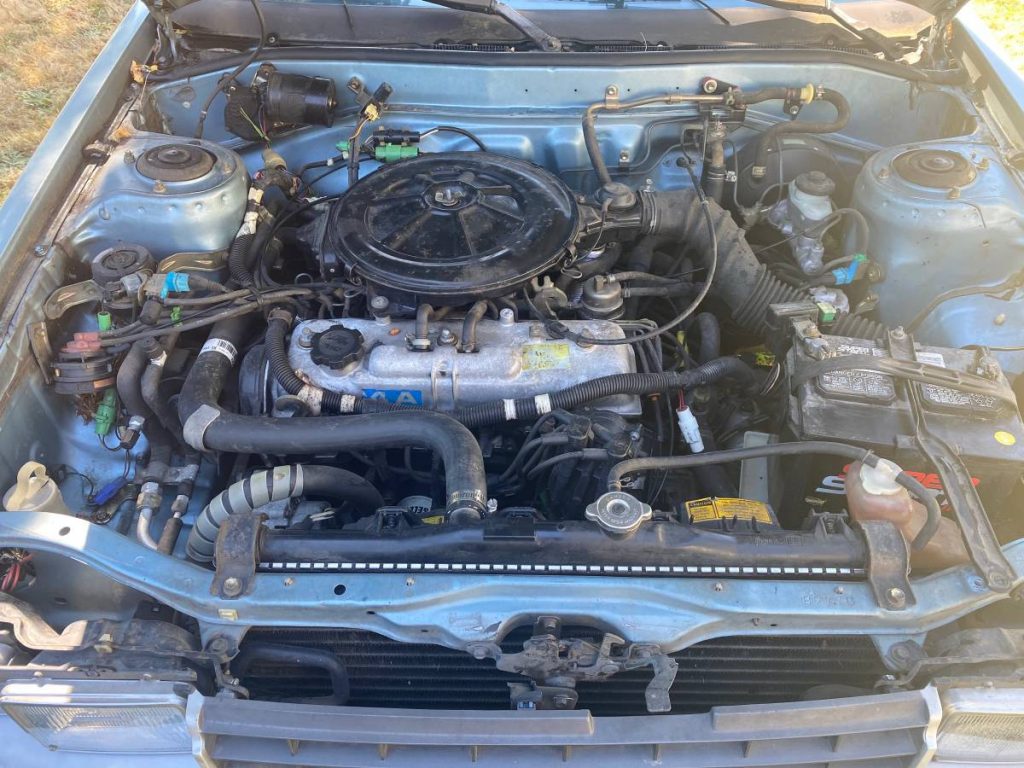 The condition of this particular Nova is certainly impressive; it has covered only 162,000 miles under one owner, and it has been well-kept. In fact, looking at the photos, I don’t see anything wrong with this car except a little ding on the left rear corner. Really, this is a hell of a deal on this little car, and I can’t figure out why it’s still up for sale after eleven days, honestly. Maybe nobody wants to drive a manual. Or the average car-shopper has no idea about this car’s Toyota DNA. Whatever the reason, it’s a bargain, and if I were looking for a car, I’d be tempted to scoop it up myself. 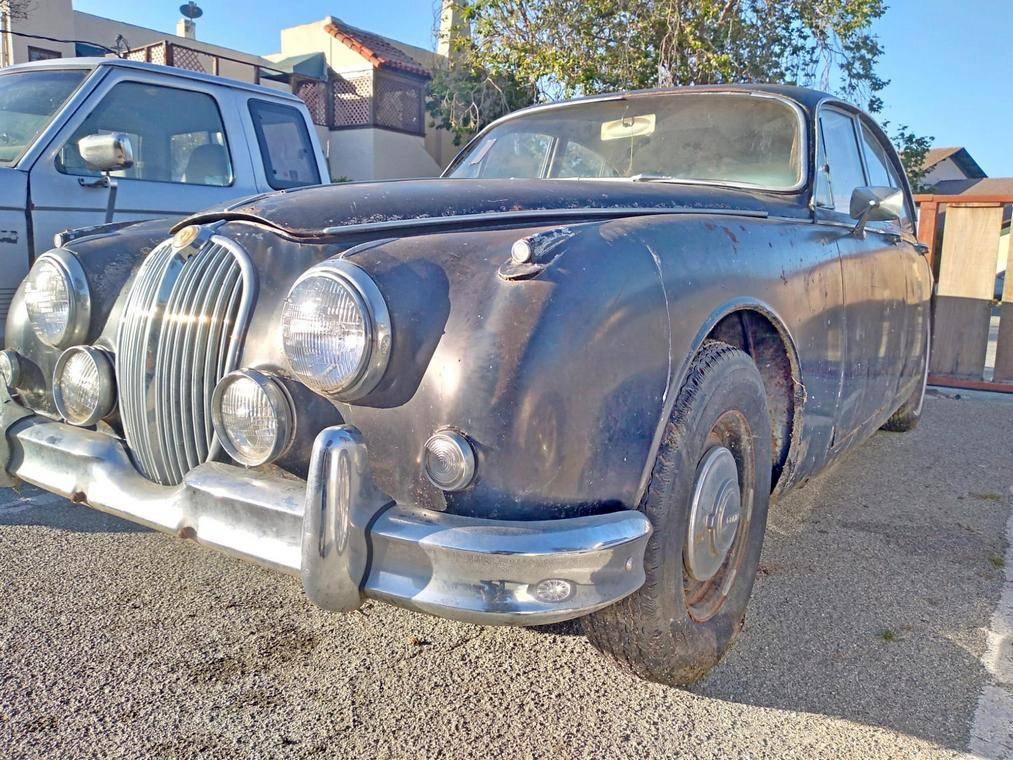 Runs/drives? That would be a no.

When you think of a 1961 Jaguar, what probably comes to mind is the legendary E-Type sports car. But about twice as many Mark II saloons rolled out of Coventry than did E-Types. The Mark II used the same XK series dual-overhead-cam engine as the E-Type. The Mark II’s engine was slightly de-tuned, and it had a live rear axle on leaf springs in place of the E-Type’s independent rear end, but this was still a high-performance car, especially the 3.8 liter version. 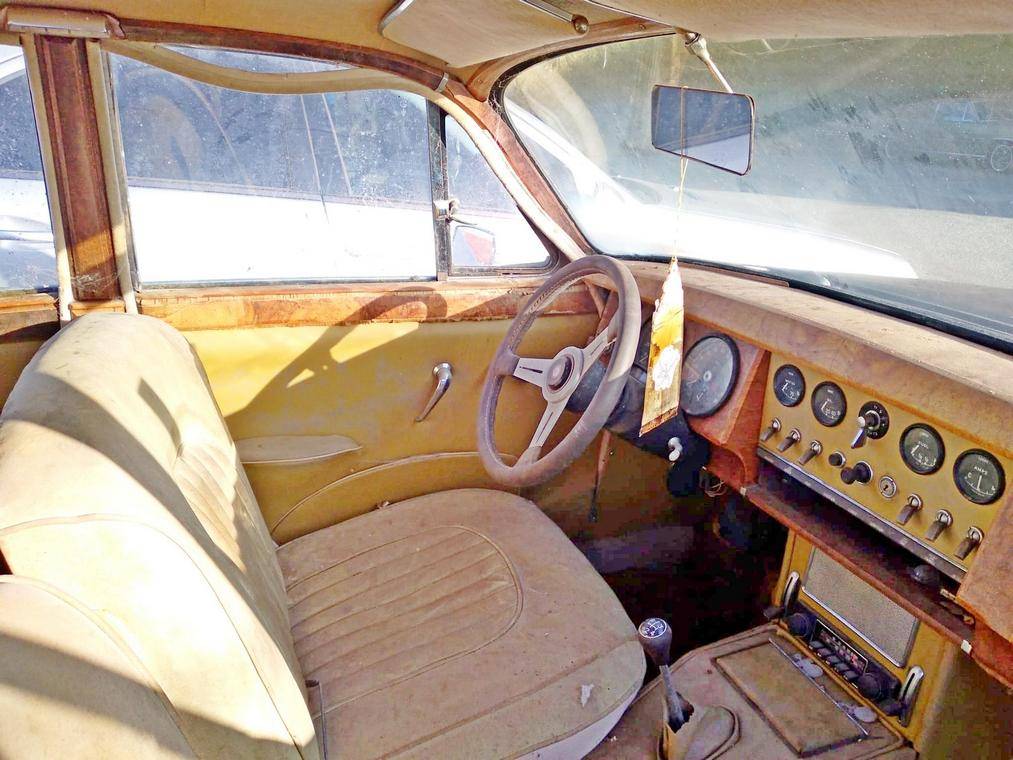 There’s no indication of which engine size this Jag holds under its long bonnet, but whichever it is, its cylinder head is in the trunk.  It was in storage for a long time, presumably with the head off, so here’s hoping some sort of prep work was done to keep the cylinders from rusting, or this may be a famous Le Mans-winning dual-overhead cam boat anchor. The rest of it looks rough but restorable, and compared to an E-Type in similar condition, this is a bargain. 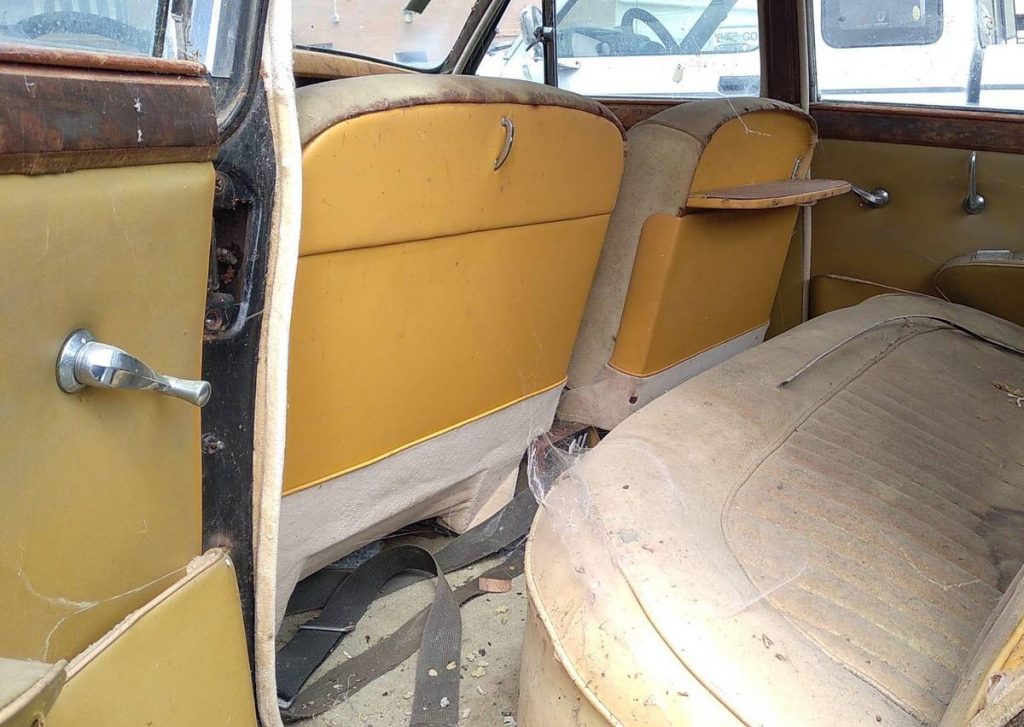 I love these little folding trays for the rear seat passengers. This car may have been fun to drive in its day, but one wasn’t meant to drive it oneself; one was meant to be driven in it.

The seller seems to have thought it more important to take artsy close-up shots than any decent overall condition shots, so I guess I’ll leave you with this look at of one of the Lucas headlamps and fog lamps: 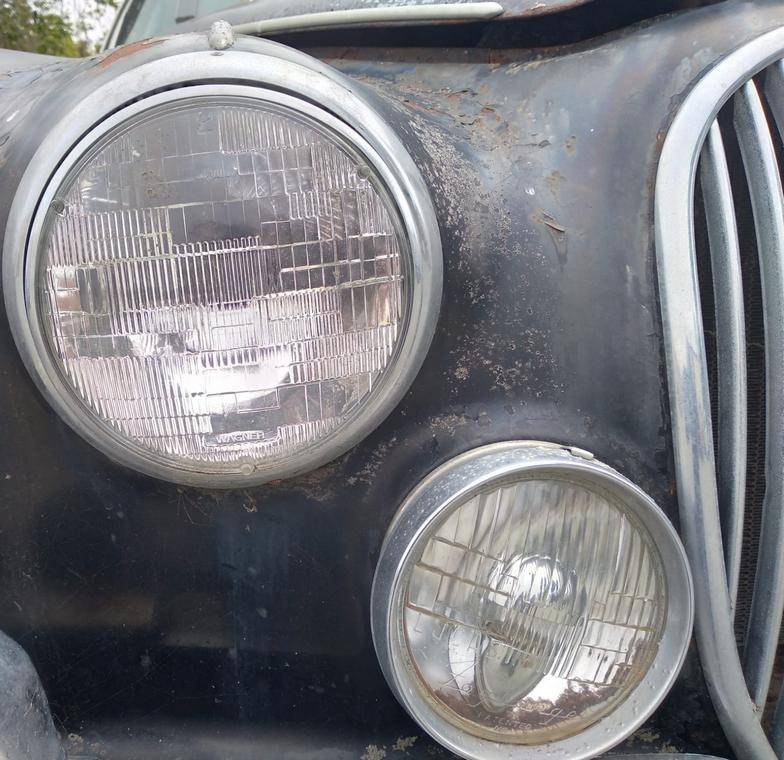 Look at that patina. This old Jag wouldn’t be welcomed at The Quail, but we here at Shitbox Showdown aren’t so highfalutin (we are, at best, medium-falutin) and we appreciate a bit of texture.

[Editor’s Note: This Jag has fantastic potential to become a rally car. It would be very welcome at a Gambler 500 or a HooptieX. Get that pile of crap running, wrap some all-terrains on those wheels, bolt some rally lights to it, then take it on an adventure! – MS]

So that’s what we’ve got for you today: A captive import in remarkably good shape, or a decent deal on a restoration-ready British motorcar. Which one will it be?

Pacific Northwest-based self-taught DIYer of all the things. Current fleet: 1971 MGB GT, 1989 Chevy K1500, 2013 Chrysler 300C, 2003 Infiniti QX4, and 1966 Aristocrat Land Commander trailer. Not to mention about 40 RC cars and around 100 model kits...
Read All My Posts »
PrevPreviousCold Start: So Long, Cadillac
NextIntroducing The Autopian Podcast! Subscribe And Listen To The Autopian’s Founders Geeking Out About CarsNext