Welcome back! Today we’re looking at a pair of air-cooled projects, and in what might become a theme for the week, one is kinda normal and the other is out there a bit. You’ll see what I mean in a minute, but first, let’s see how our city cars fared yesterday:

Yeah, I figured. But look at it from my perspective: if I find something like that ComutaCar for sale in our price range, I can’t not talk about it. You can’t ask a dog to ignore a bit of cheese that lands on the kitchen floor, and you can’t ask me to ignore a weird old electric car, no matter how little sense it makes.

In that spirit, I present to you today’s contestants. A Corvair is good enough on its own, but wait until you see this bizarre mutant of a dune buggy I found for sale. Let’s dive in. 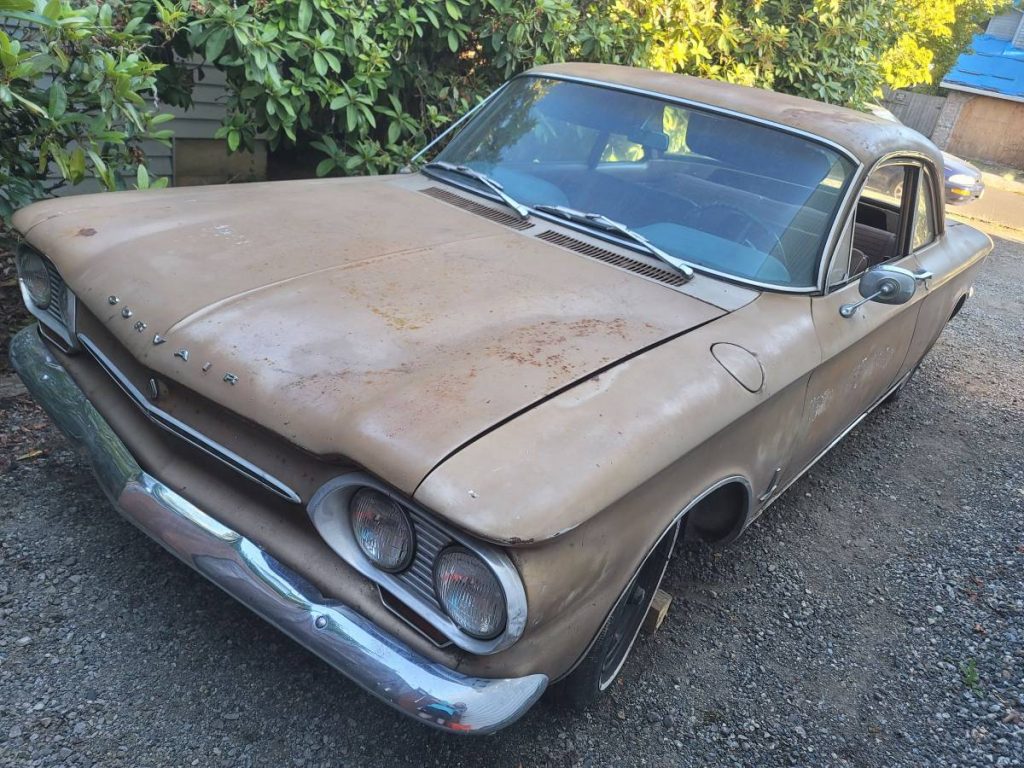 Despite what killjoys and naysayers like Ralph Nader and Ford’s marketing department say, there’s a lot to like about the Chevy Corvair. Its styling was sharp, and got even better with the second generation, which almost never happens. It’s a fun car to toss around if you respect it and understand its handling. And because of its reputation, its value has stayed near the bottom of the classic car market. 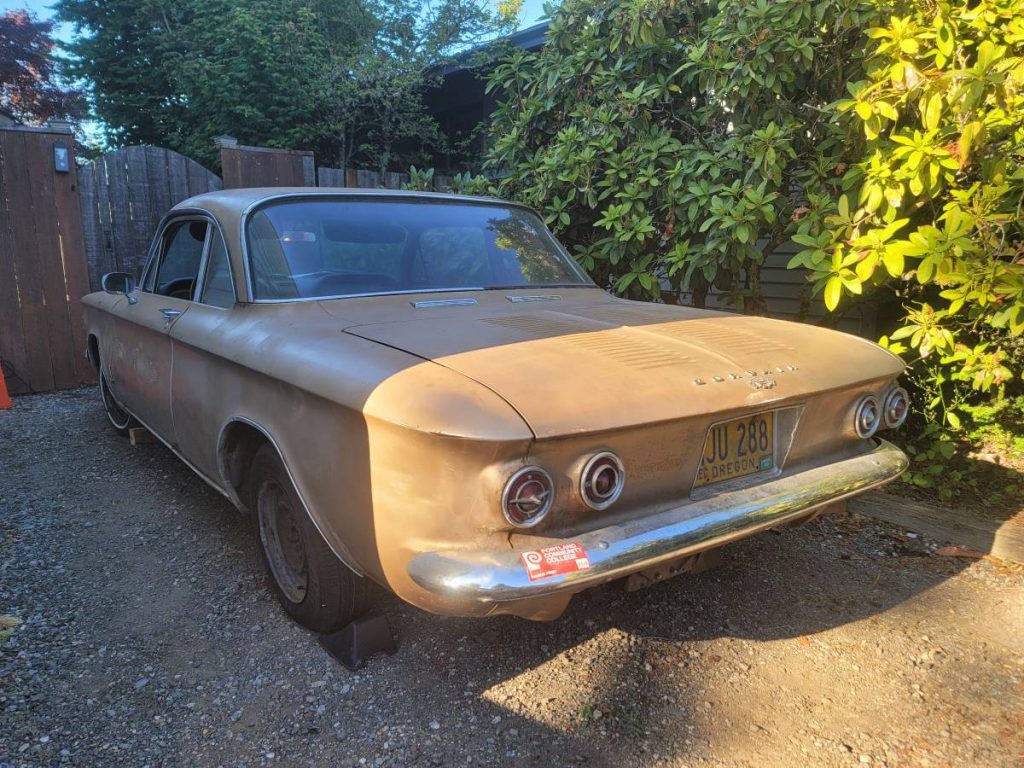 What we have here is a Corvair Monza two-door coupe, equipped with a 110 horsepower version of the Corvair’s signature flat six. It’s hooked to a four speed stick with a floor-mounted shifter, which, despite what Ford’s marketing team thought, was not “outdated” in the slightest. It’s what all the kids wanted. The Monza trim also included bucket seats and some other fancy interior bits. As a ’64 model, it also has a much tamer and more pleasant suspension setup than earlier Corvairs. 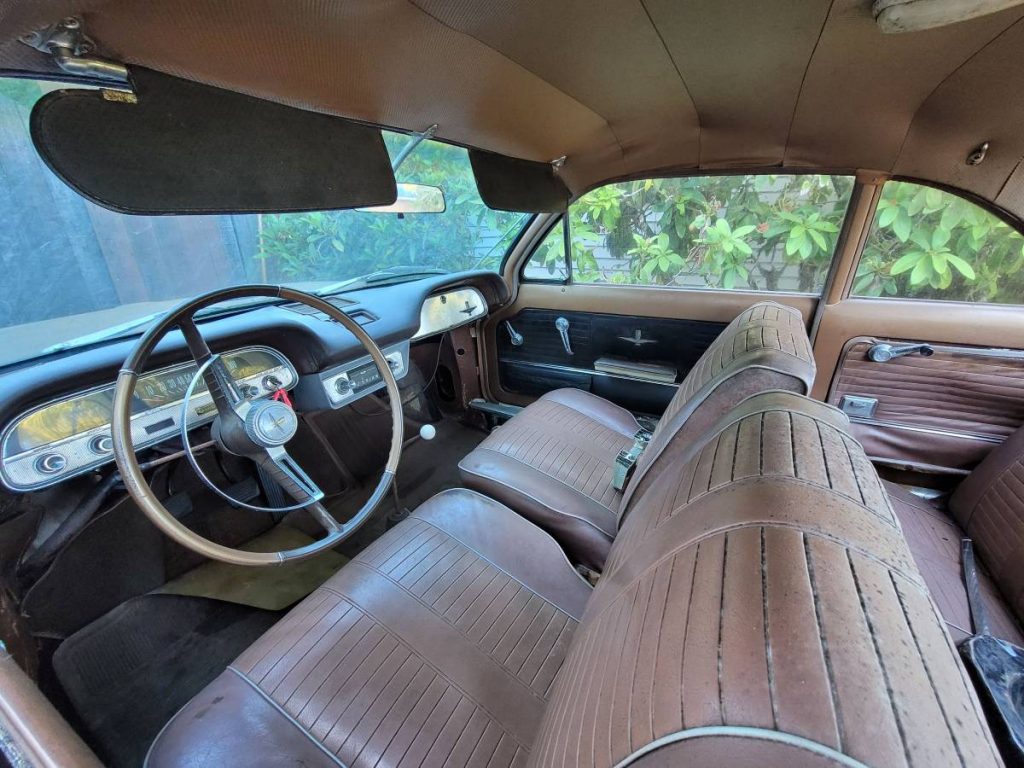 This Corvair has been off the road since 1990, and as such, will need to have some work done on it before being put back into service. But the seller says they have gotten the engine to run from a separate fuel can, which is an encouraging sign. That means it has spark and compression, and now it just needs a steady supply of fuel. But brakes and other soft parts that haven’t been in service for 32 years are not to be trusted before a thorough inspection. 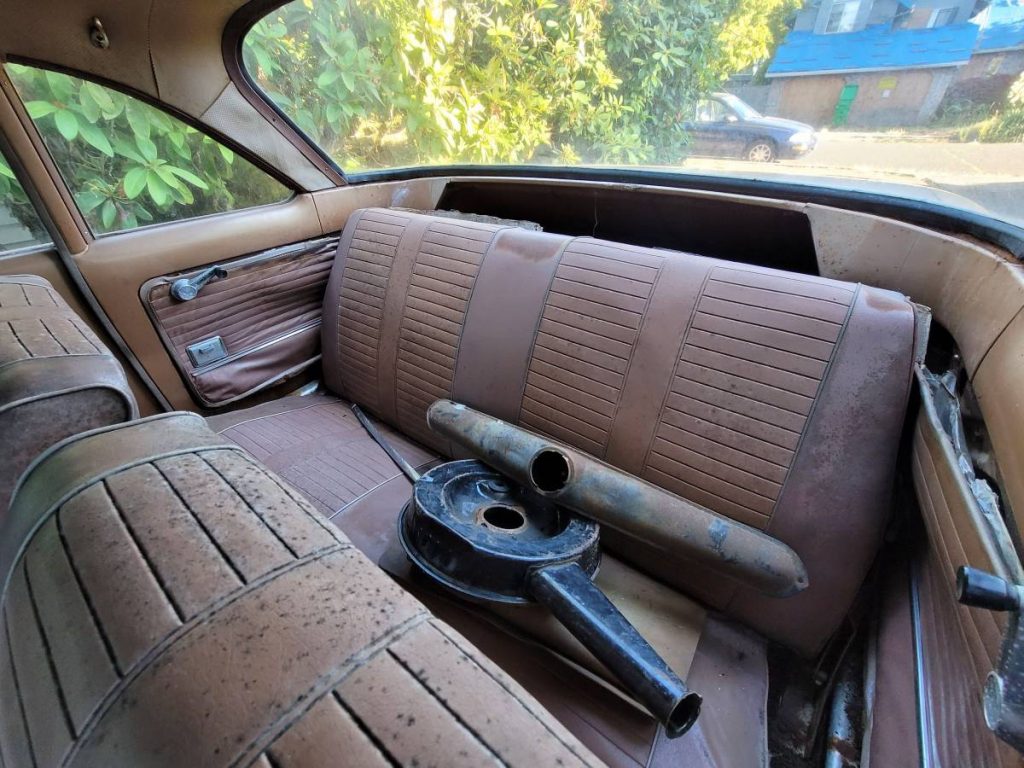 At first I thought this car had an even coating of surface rust all over, but I think it was just a gold color that has faded to a dull rusty look. There is some rust on it, but it’s not bad at all. It’s hard to say how much of the existing interior will clean up, but the Corvair has remained popular enough that plenty of reproduction parts are available, including seat upholstery kits, and whatever mechanical bits you might need. 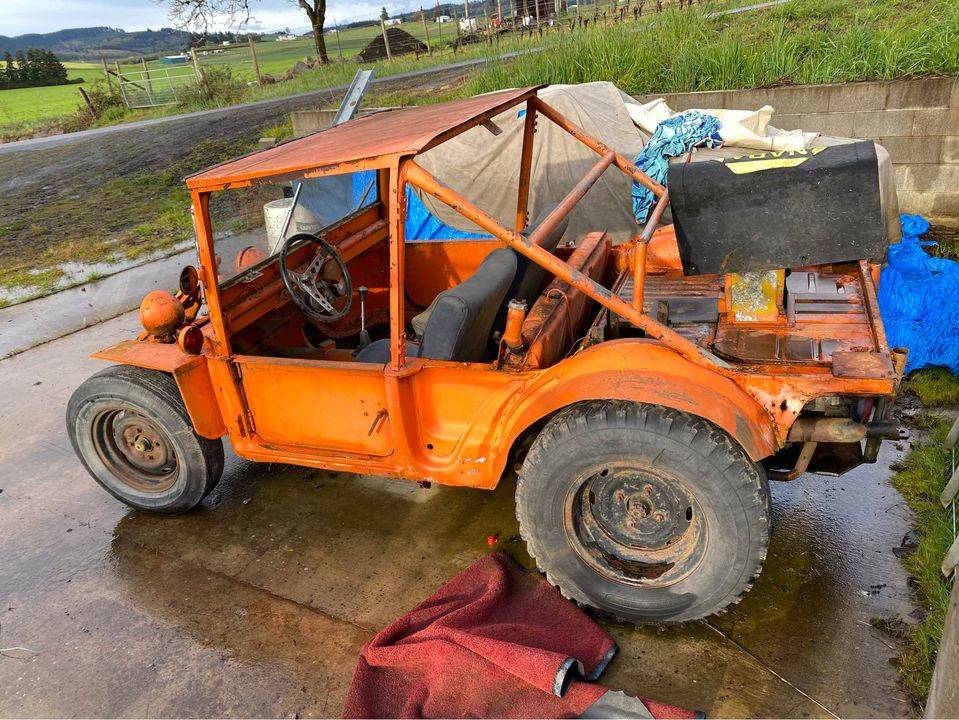 This one had me scratching my head a bit, and I’m sure it will have the same effect on you all. What we have here is an obviously home-built VW-based dune buggy that has not been treated kindly at all in recent years. It looks like a piece of industrial equipment that someone parked behind the barn and forgot about. 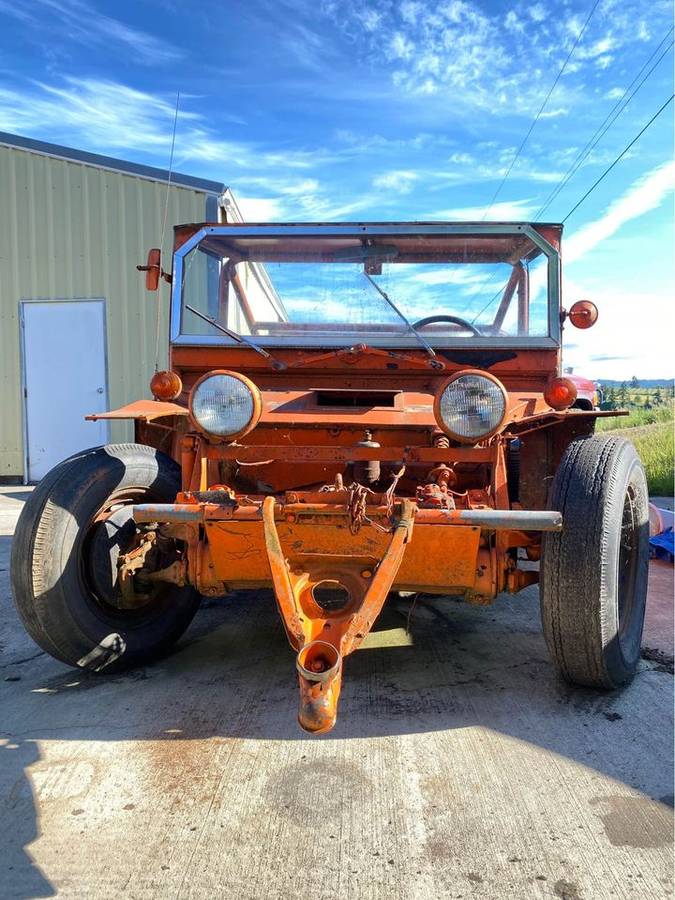 The seller gives us a little bit to go on, but gets a few things wrong as well. They’re calling this an “EMPI Imp Sportster,” but the Imp and the Sportster were two completely different things. The Imp was VW aftermarket supplier EMPI’s answer to (and ripoff of) the Meyers Manx, with a one-piece fiberglass body. The EMPI Sportster, which was introduced earlier (before the Manx even), used a steel body, more Jeep-like in construction, with flat front fenders and a folding windshield. It was available as a kit, but also as a set of plans for an enterprising do-it-yourselfer to cut the sheetmetal and build the body themselves. 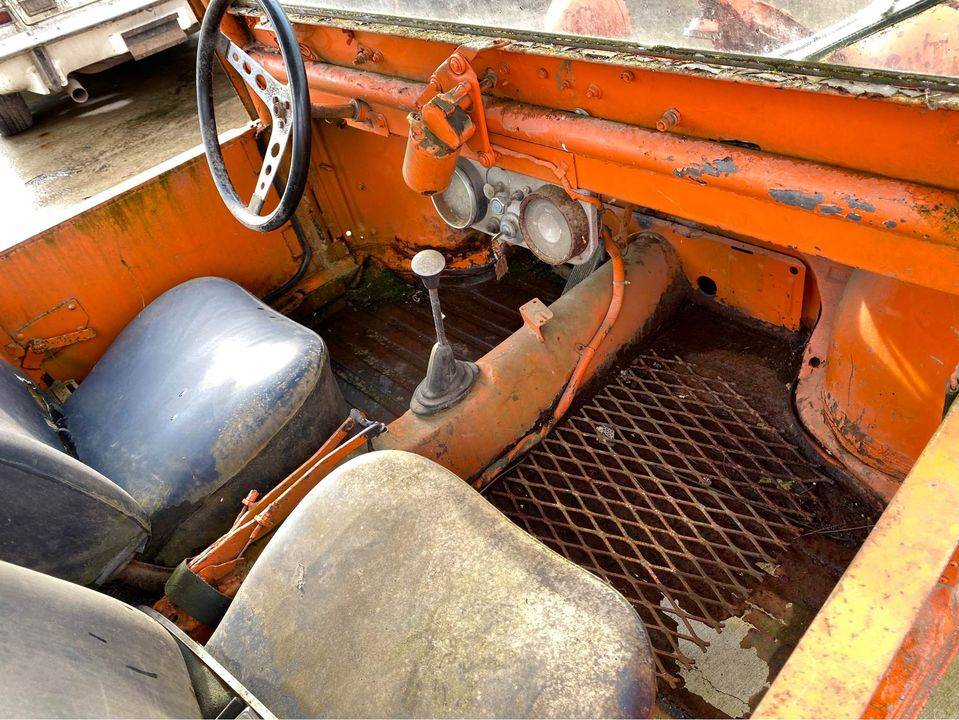 The seller says that this car is based on the mechanicals and floorplan of a Type 3 Squareback, and not a shortened Type 1 Beetle as the plans called for. I suspect that the builder of this car had a set of EMPI plans, a rusted-out or wrecked Type 3, and a lot of enthusiasm. They only broadly followed the plans, fudging where necessary to make things fit. The result is a sort of Brutalist interpretation of a dune buggy. It’s not unattractive, exactly, but it definitely feels industrial, or agricultural. 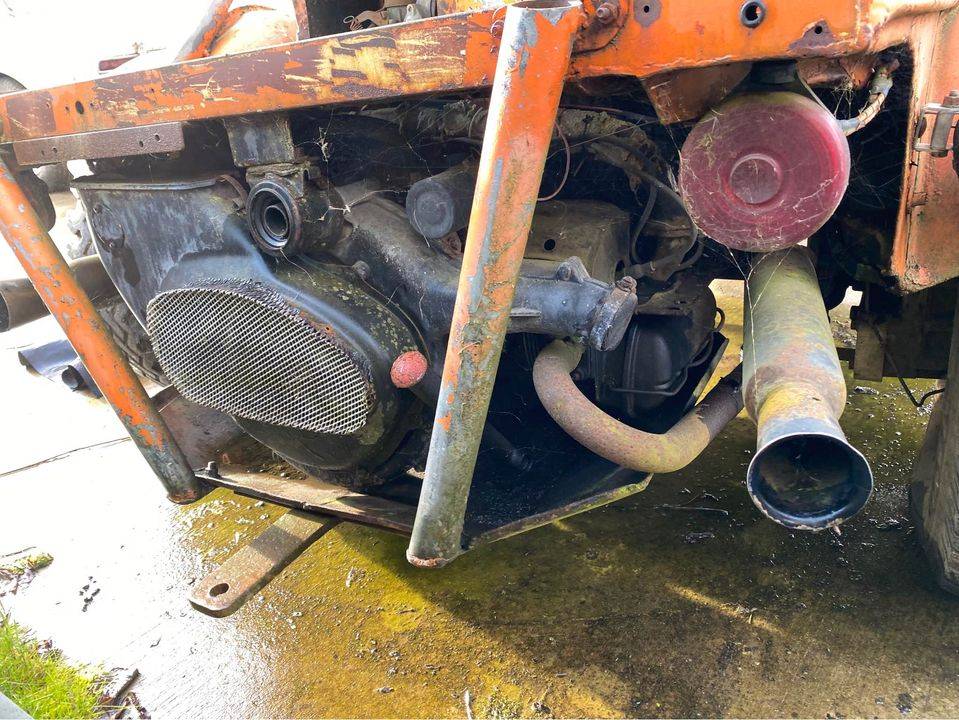 The seller says it runs and drives, but smokes, so the engine needs overhauling. And somehow they managed to convince the Oregon DMV to title it as a 1978 Volkswagen, but listed as “reconstructed.” Thing is, the VW Squareback went out of production in 1973, so I’m not sure how that all works. Best not to ask, maybe.

[Editor’s Note: This thing is amazing. That’s clearly a Type 3 engine, which is why this hone-made airport tug-like beast has such a useful rear cargo tray. Also, I’m very curious where that instrument pod came from. It’s not a Type 3 or Ghia – not even sure it’s a VW? – JT]

Well, there they are: a more-or-less reasonable restoration project of a maligned American classic, or a home-brew mutt of a dune buggy that actually looks like a lot of fun. Which one are you taking home?

Pacific Northwest-based self-taught DIYer of all the things. Current fleet: 1971 MGB GT, 1989 Chevy K1500, 2013 Chrysler 300C, 2003 Infiniti QX4, and 1966 Aristocrat Land Commander trailer. Not to mention about 40 RC cars and around 100 model kits...
Read All My Posts »
PrevPreviousCold Start: No Grille, No Problem
NextThe 884 HP Electric Polestar 6 Forces You To Give A Shit About PolestarNext