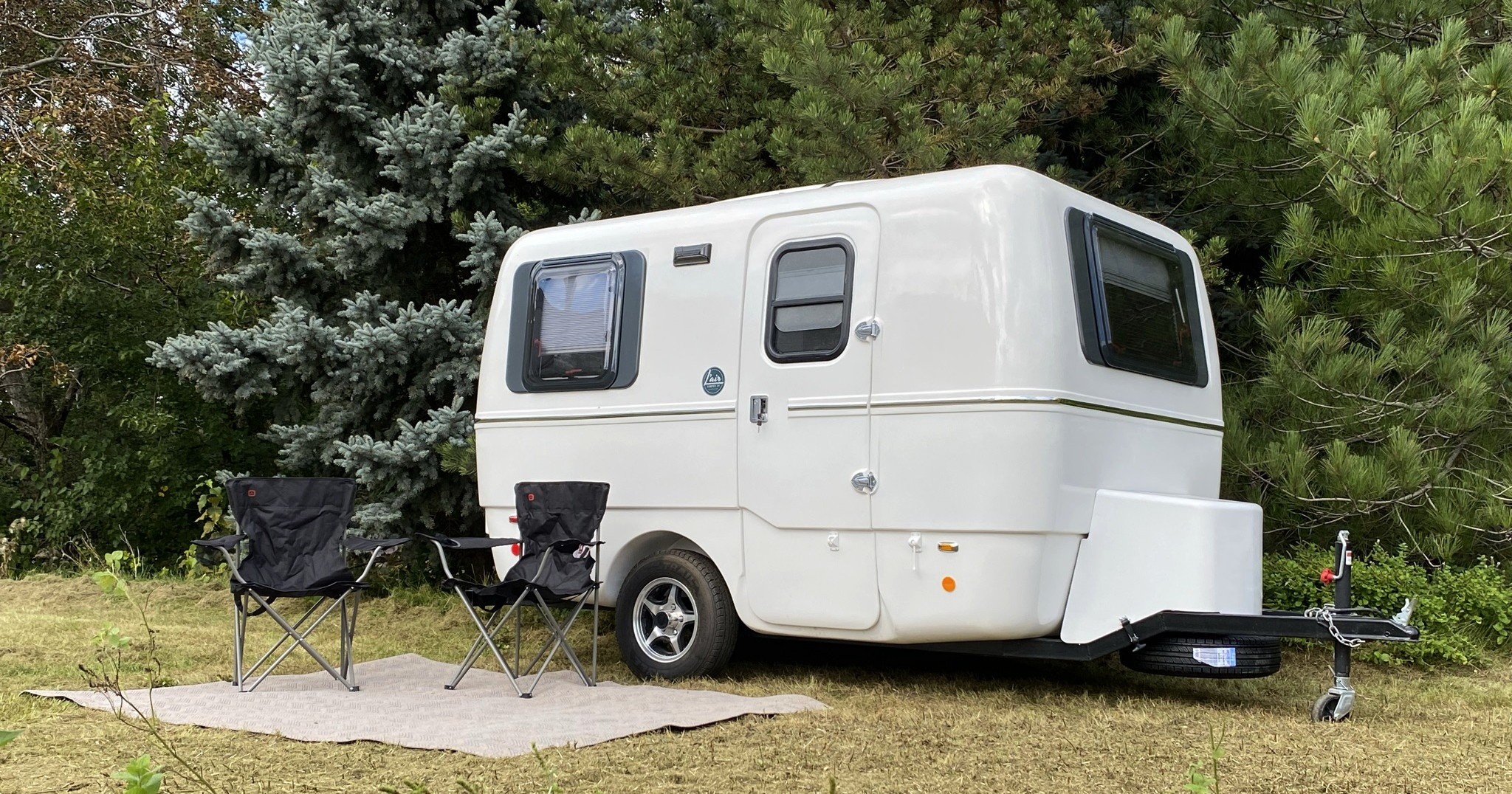 The past couple of years have dramatically changed how many Americans live. It has also changed how people vacation, with many Americans choosing a campground over a resort. Demand in the camper industry has exploded, and everyone from small boutique brands to the giants can’t keep up with America’s insatiable lust for camping. What I didn’t expect to see is the revival of 50 year-old fiberglass camper designs, but that’s exactly what’s happening. A bunch new trailers are adopting the look of the long dead Boler and Trillium.

I have a real soft spot for fiberglass travel trailers. They look far more distinctive than the boring boxes covered in equally boring swoopy graphics that make up the vast majority of trailers today. But especially appealing to someone like me–an owner of many tiny vehicles–fiberglass campers give you a real living space without a huge weight penalty. For decades, only a few companies made fiberglass campers, but times are changing; the 1970s are back, baby!

It’s difficult to pinpoint when the first-ever fiberglass camper was built. Tiny RV manufacturers have popped up and disappeared throughout history, many leaving without much of a trace. An early example of a fiberglass camper is the late 1950s Champion Home Builders Co.’s “Little Champ.”

Champion claimed a maintenance-free design with its 17-foot camper thanks to its fiberglass exterior. 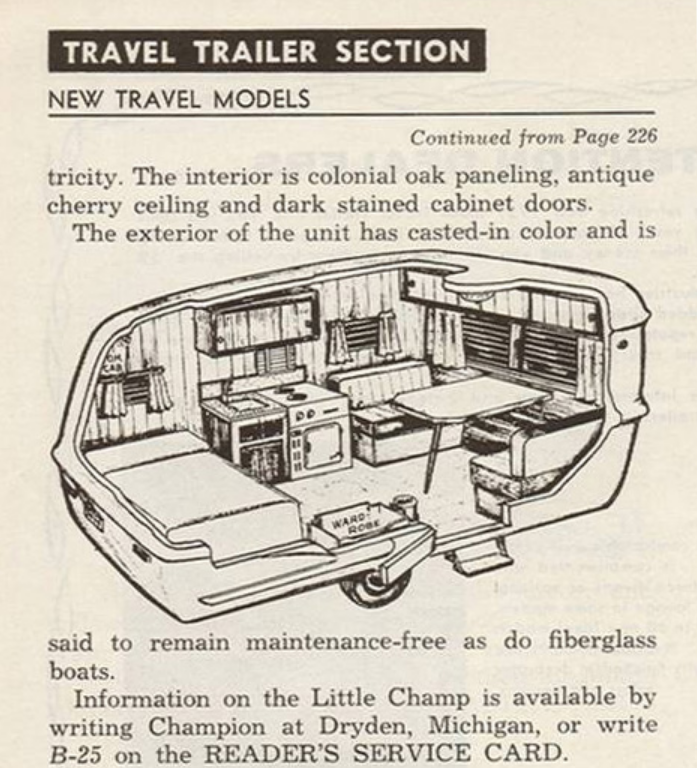 It would take another decade for fiberglass to really take off with the first Boler. Canadian salesman Ray Olecko was fascinated with fiberglass; according to a letter sent by his daughter to the Boler-Camping blog, Olecko loved tinkering and building things. The letter recalls times when he constructed a tractor and a car from scrap metal. Working with fiberglass, he built a septic tank and slingshots. But it was his frustration with his family getting washed out of tents that inspired his next fiberglass creation.

First built in 1968, the 13-foot Boler promised ease of maintenance and a dry weight of just 800 pounds. 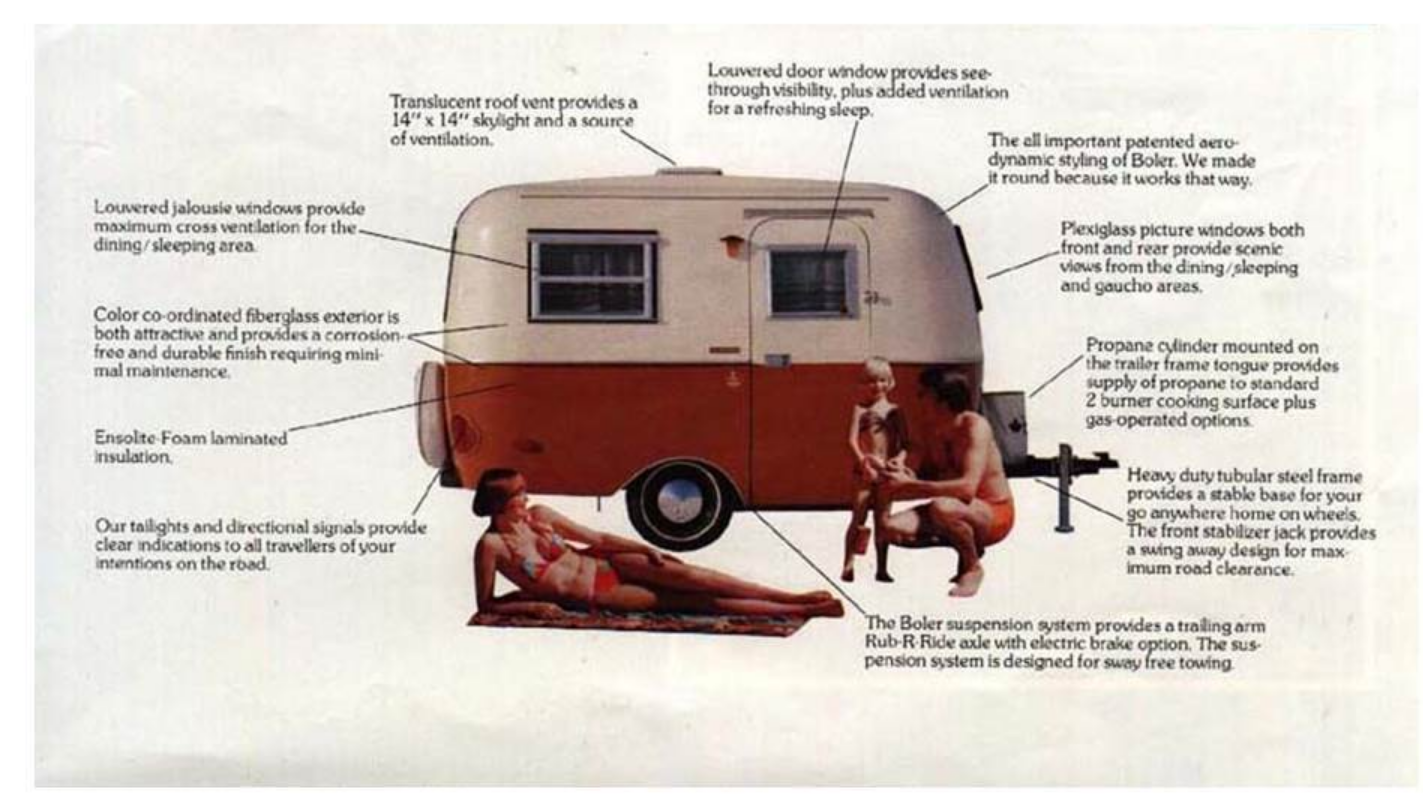 Boler was a success and an inspiration for its own competition.

In 1971, RV remodeler Duane Eveland was approached by a representative for the U.S. arm of Boler. They struck a deal for Eveland’s company to build Bolers for the U.S. market. Eveland’s Inc. of Minnesota built Bolers for just a short period until Boler American went under in 1972. Determined to keep production going, Eveland and his siblings decided to keep building trailers, and the Scamp camper was born. Boler also inspired another fiberglass camper brand, Trillium. As RVT’s RV Insight blog notes, Trillium traces its own camper designs back to the Boler. Casita also started operations not long after Boler. These trailers were largely similar, with differences coming in sizing and finish. But you can say that one little trailer kickstarted a whole industry.

Fiberglass campers came at just the right time, too. The 1970s brought on challenges like the oil crisis, an economic recession, and major changes in car manufacturing. Cars started getting smaller with emissions equipment choking them out for power. If you bought a compact back then you weren’t looking at towing a huge trailer, but you could tow a fiberglass camper. 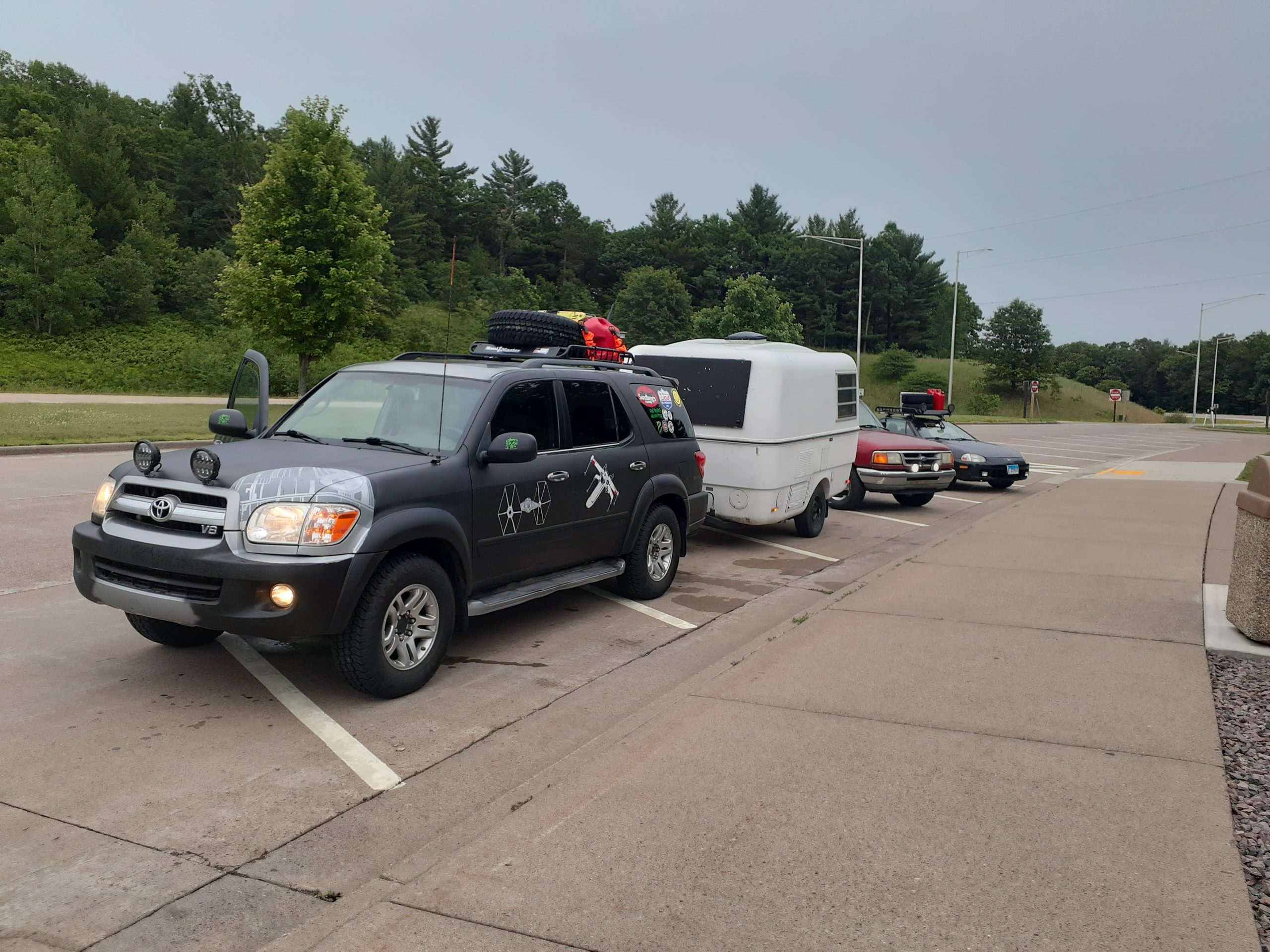 Boler-Camping notes that Olecko touted his 800-lb trailers as being so light that they could be towed by a four cylinder car.

Unfortunately, the craze wouldn’t last forever, and Trillium closed up shop in 1980. Boler was no longer in the hands of Olecko, and the campers were instead manufactured by Neonex in Canada before it too died in 1988. U-Haul got into fiberglass campers late in the game, building under 2,000 CT13 and V16 campers for rental use during the mid-1980s. The declining popularity of fiberglass campers during the era meant countless companies went under. Scamp and Casita stood out among what few companies survived. 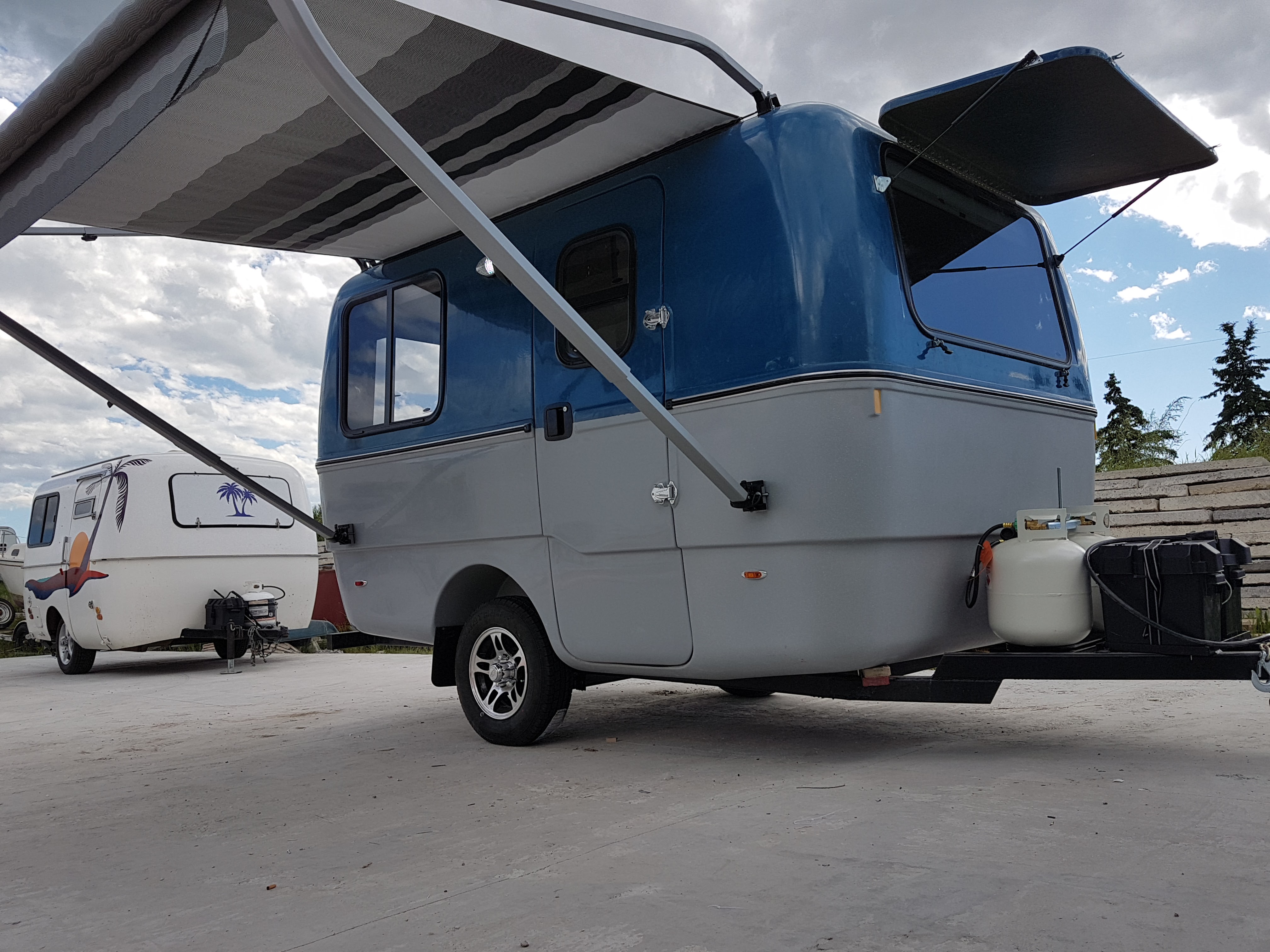 The original Boler and Trillium companies are long gone, but their designs have risen from the dead for modern builds. Team Trillium Manufacturing (TTM) brought back Trillium’s old 1970s design in 2007 with its Outback camper. The Outback looks like an old Trillium 1300, but sports a modern interior. It’s unclear how many of these are out there and TTM’s spec sheets are sparse. They don’t even note critical information such as weight or exterior dimensions. And the website’s latest news dates back to its 2007 launch. At least the Outback’s $22,900 price is attractive. 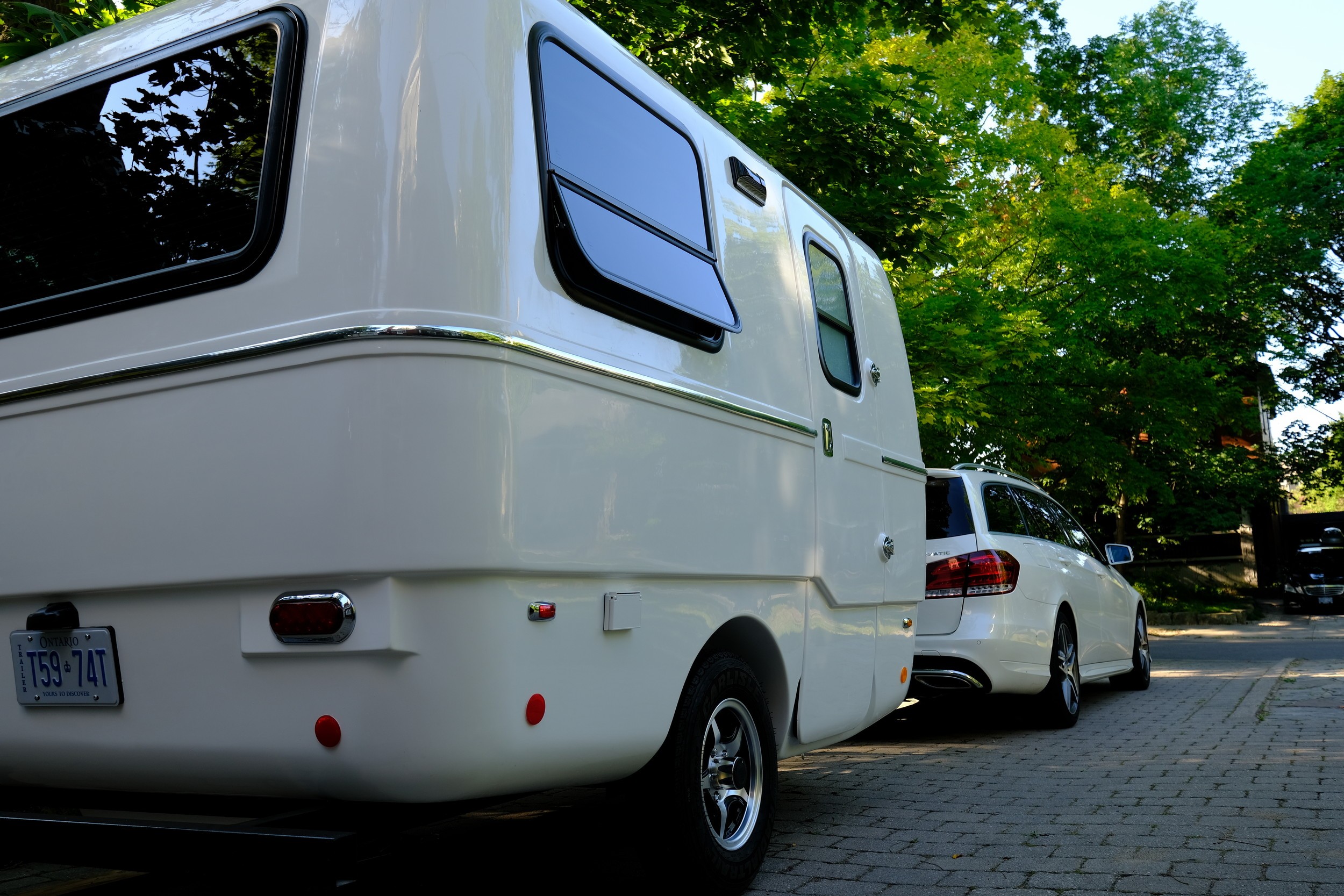 I only recently stumbled upon these trailers when I was looking for an old Trillium to add to my fleet.

Thankfully, L’air does provide a comprehensive spec sheet and its 13-footer comes in at 1,300 pounds. I’ve towed heavier loads with a Smart Fortwo before! Despite the tiny size and light weight, you still get a decently loaded camper. You get cooking appliances, an optional toilet, water tanks, and an outdoor shower. 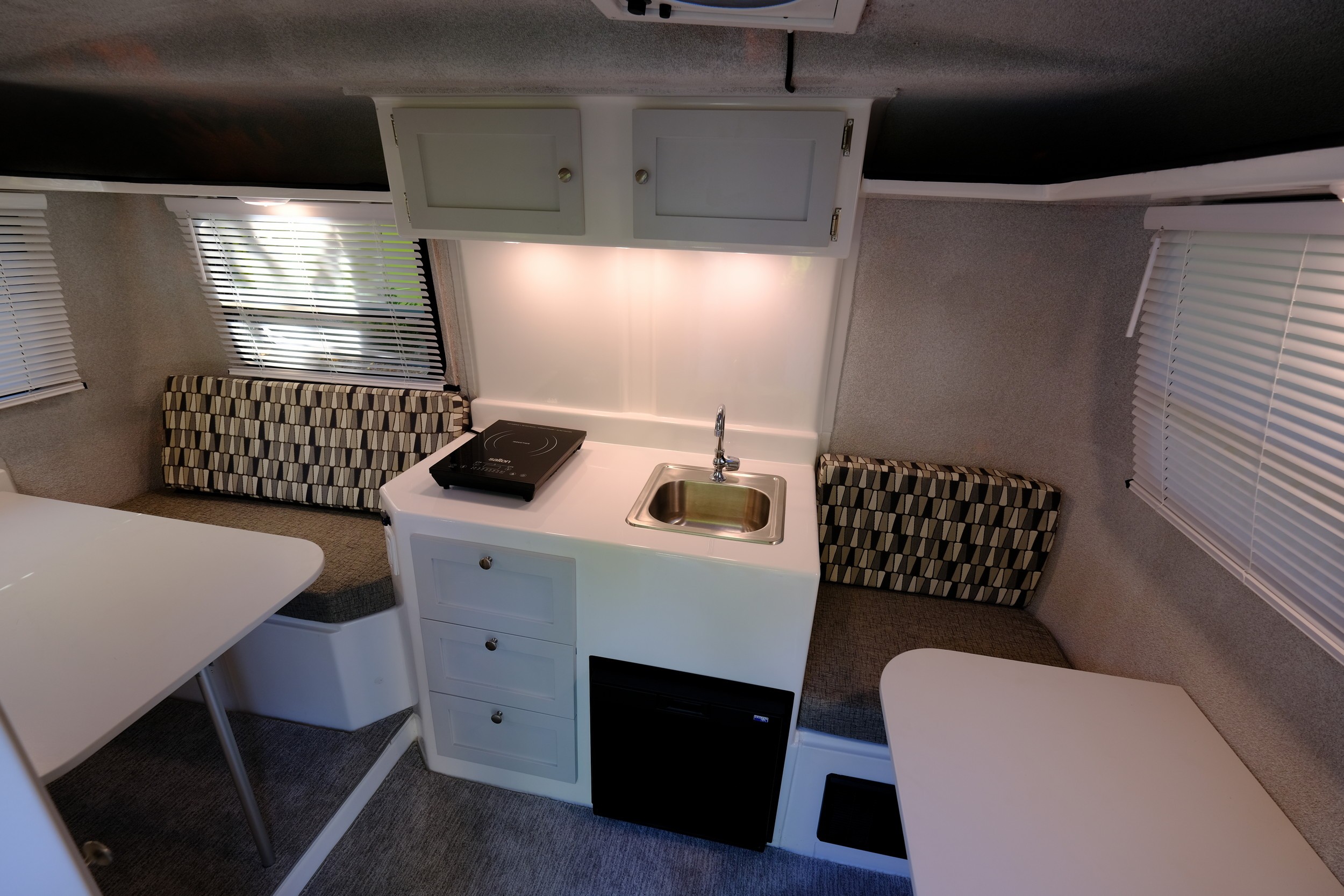 The trio of Trilliums are joined by a wide array of fiberglass choices. These come from Scamp, Casita, Escape, Bigfoot, Happier Camper, Armadillo, Cortes, and more. For a few short years between 2018 and 2020 even Airstream had a fiberglass camper.

So, it looks like what’s old is new again. RV buyers who don’t need a 40-foot hotel room towed by a Super Duty can find themselves one of these cute little buggers and relive the 1970s. I just hope that if and when the current RV craze ends we don’t end up losing all of these neat designs again.

Mercedes is a lifelong fan of all things powered by an engine. When she isn't driving one of her five Smart Fortwos or her 14 other vehicles she could be found in the cockpit of a Cessna 172 or perhaps swimming in any body of water that she could find. She also has a deep love for buses of all kinds. Please send her buses. mercedes@theautopian.com Instagram: @mistymotors Twitter: @Miss_Mercedes30 Facebook.com/neonspinnazz
Read All My Posts »
PrevPreviousHow Getting Accused Of A Felony Motivated Me To Fix A Broken Car
NextToday’s Taillights: The Round Kings, The BMW 2002 And Ford CortinaNext