I didn’t intend for this to be Renault Appreciation Month here at The Autopian, between my previous look at Lane Motor Museum’s Renault Megane, and Mercedes’s love for the Renault Sport Spider, but I’m quite enamored with the museum’s newest acquisition, a 1993 Twingo. 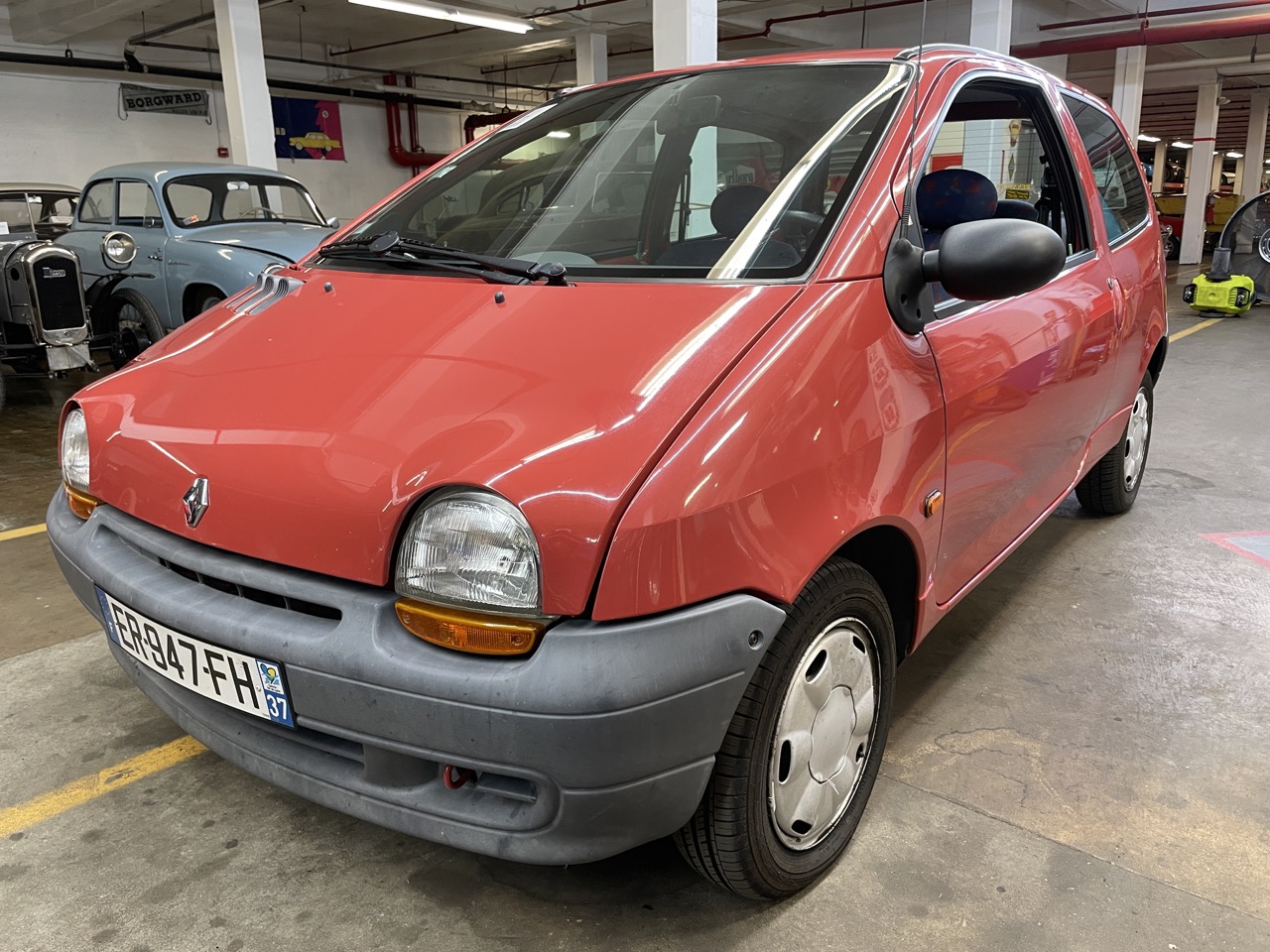 One of Lane Motor Museum’s biggest assets is Jeff Lane’s good friend and our man-in-France Claude Gueniffey. In addition to translating and helping me pronounce things correctly, Claude also seeks out cars. Of the museum’s 550 cars, French manufacturers make up the majority of the collection. For this delightful Twingo, he didn’t have to look far; this was his mother-in-law’s car. 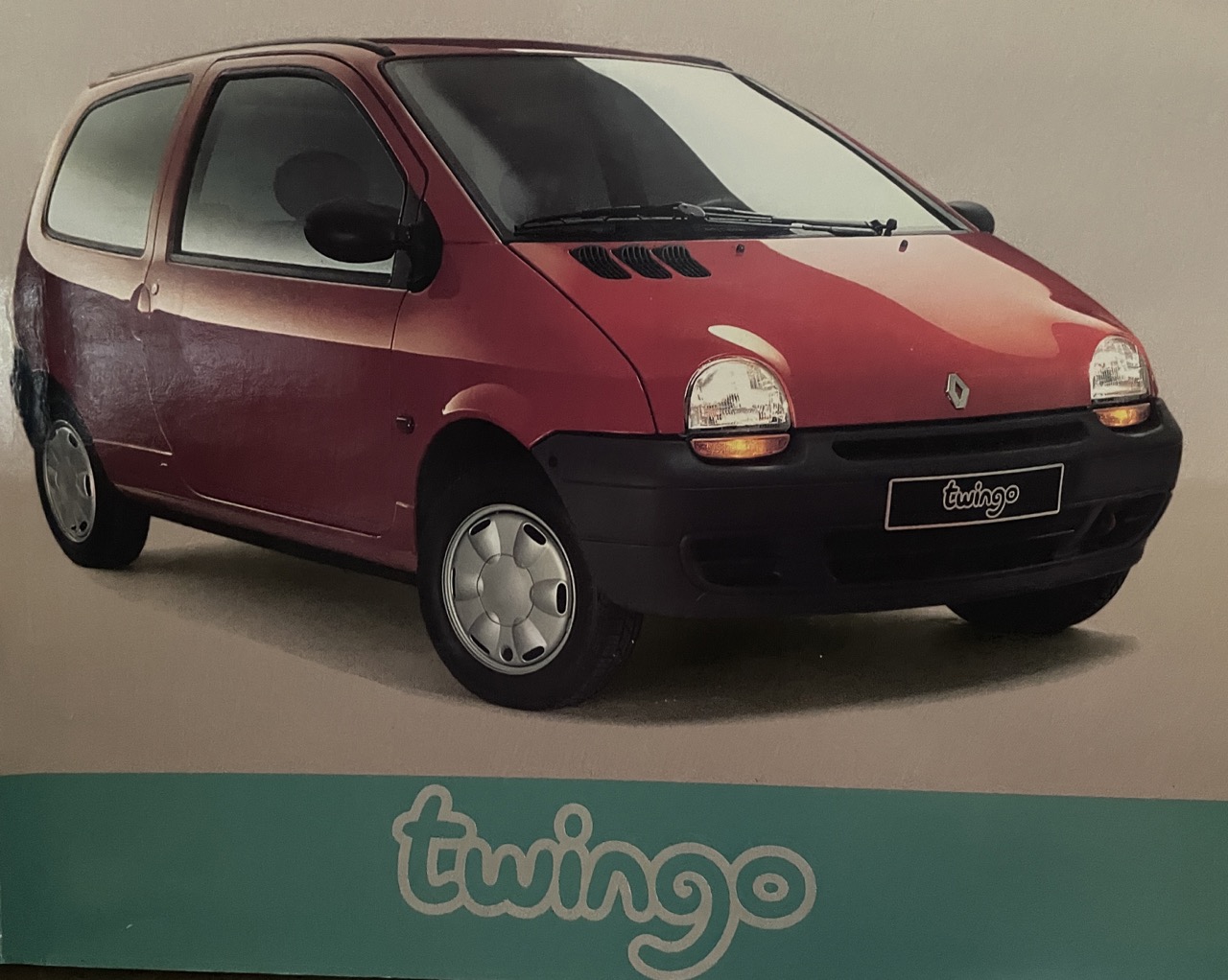 This Twingo is a first-year model. It debuted at the 1992 Paris Motor Show as Renault’s newest city car, the smallest passenger car class defined by the European Commission. The name Twingo is a portmanteau of twist, swing, and tango, which are all dance styles that did not originate in France. I suppose Renault Cancan didn’t sound as marketable. 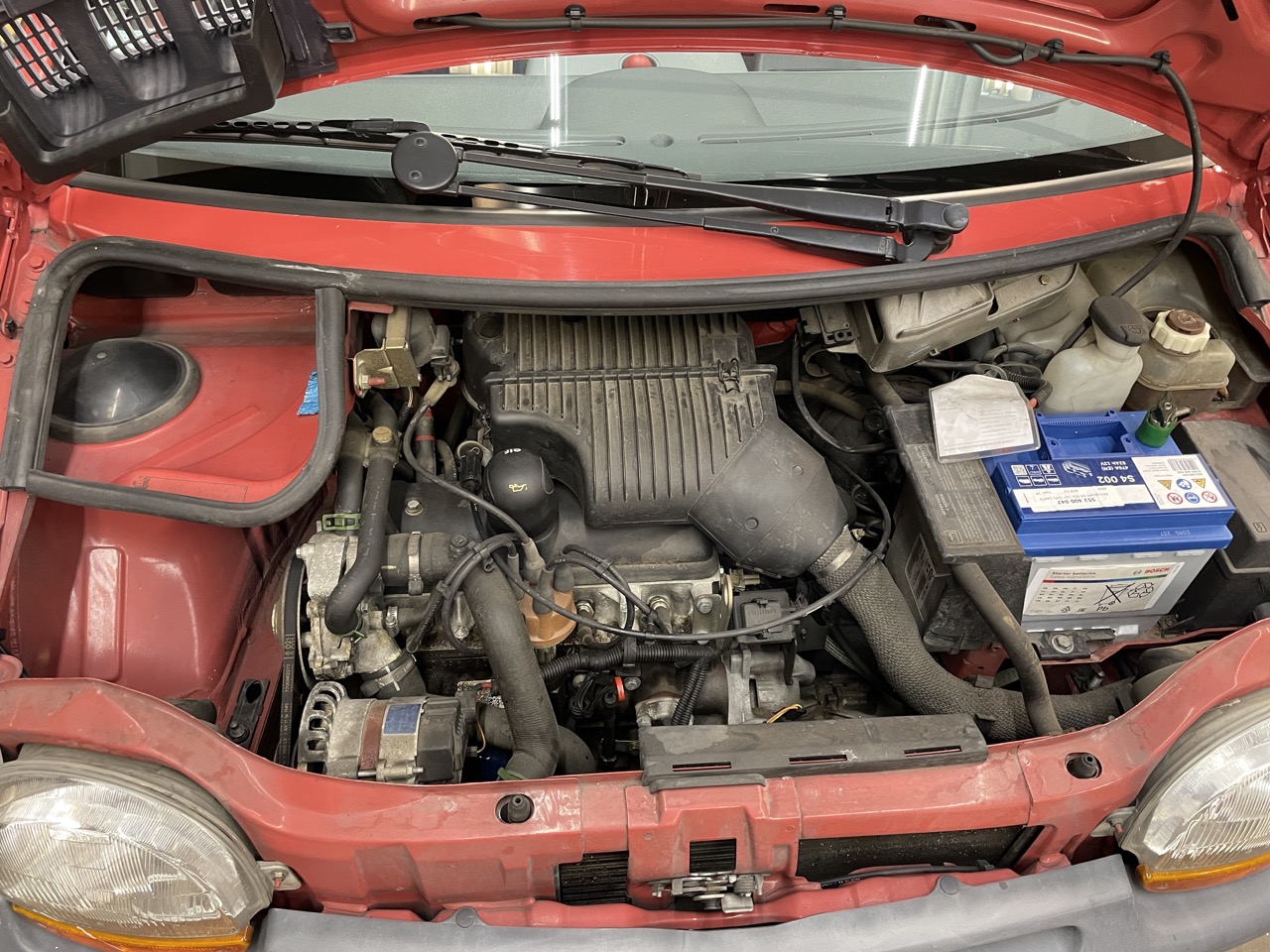 At its launch in April 1993, the Twingo was fitted with a 57hp, 1.2 liter overhead valve four-cylinder, coupled to a five-speed manual.  An automated manual came a few months later under the “Easy” trim level (how delightful!) 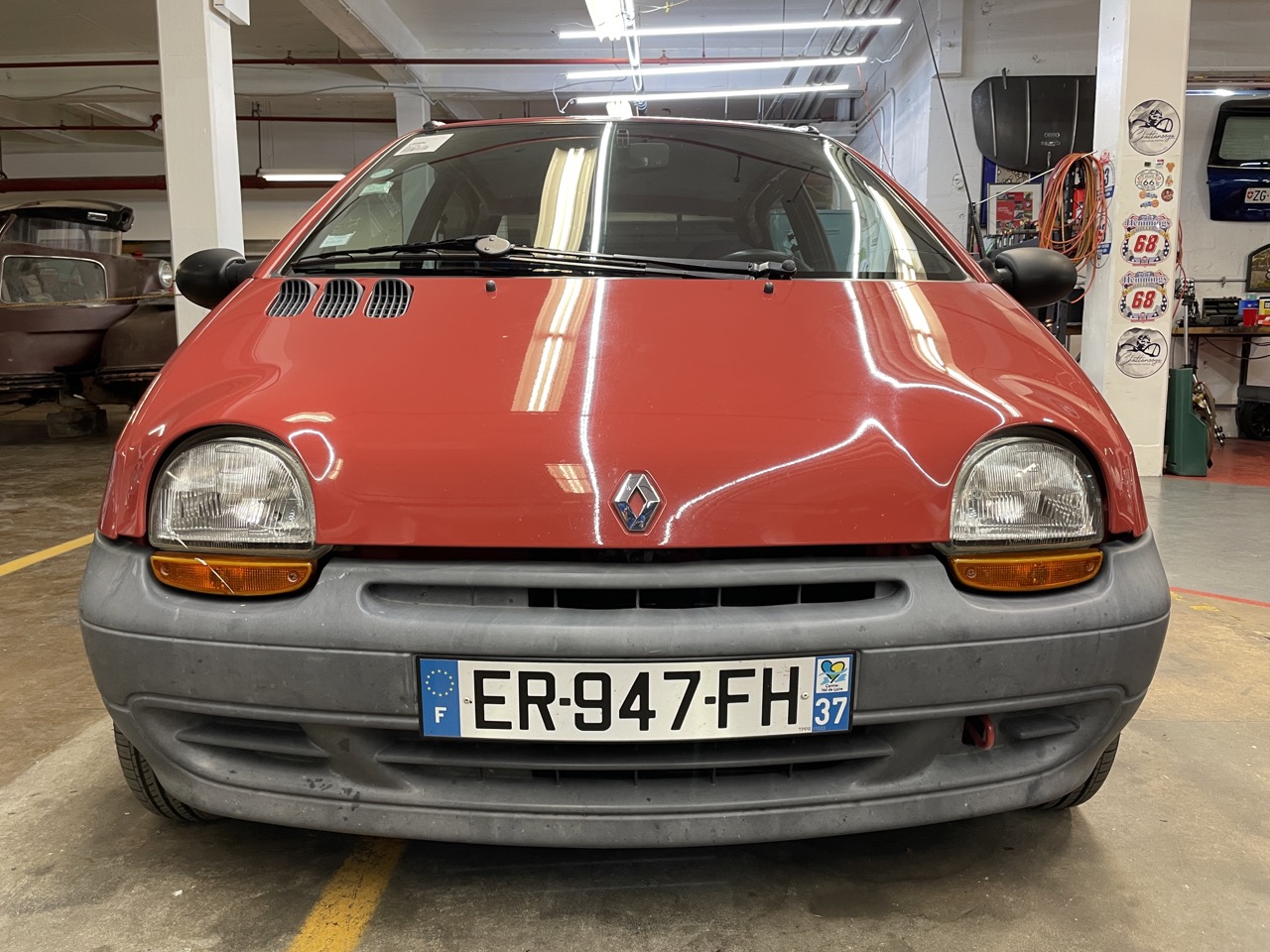 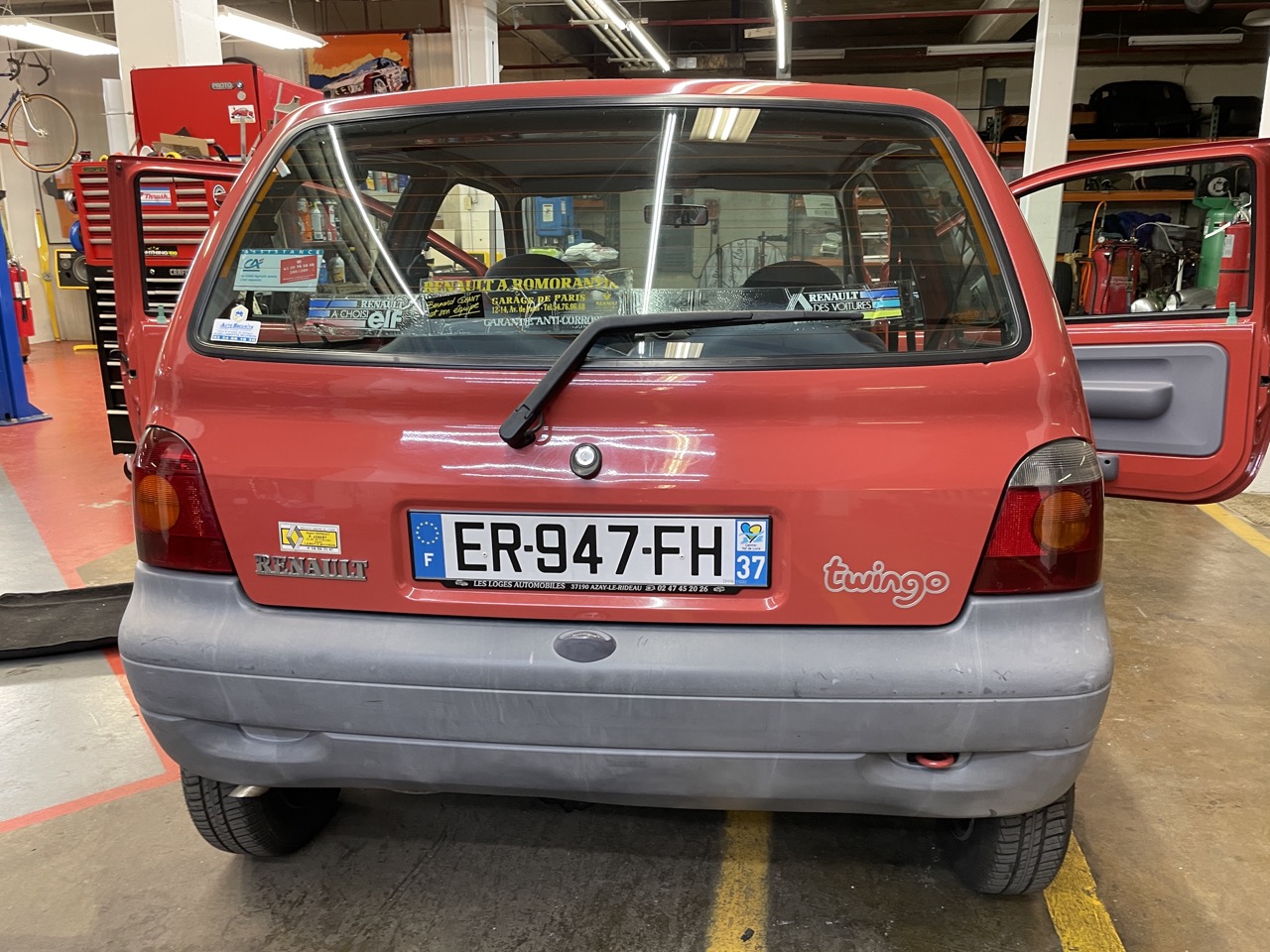 The Twingo has arguably one of the friendliest faces of the 1990s, right up there with the first generation Dodge/Plymouth Neon. The rear of the car is a simple affair, with one rear backup light in the upper right taillight cluster, and an unusual-to-me bumper-mounted license plate light that shines up onto the plate, as opposed to down from above. 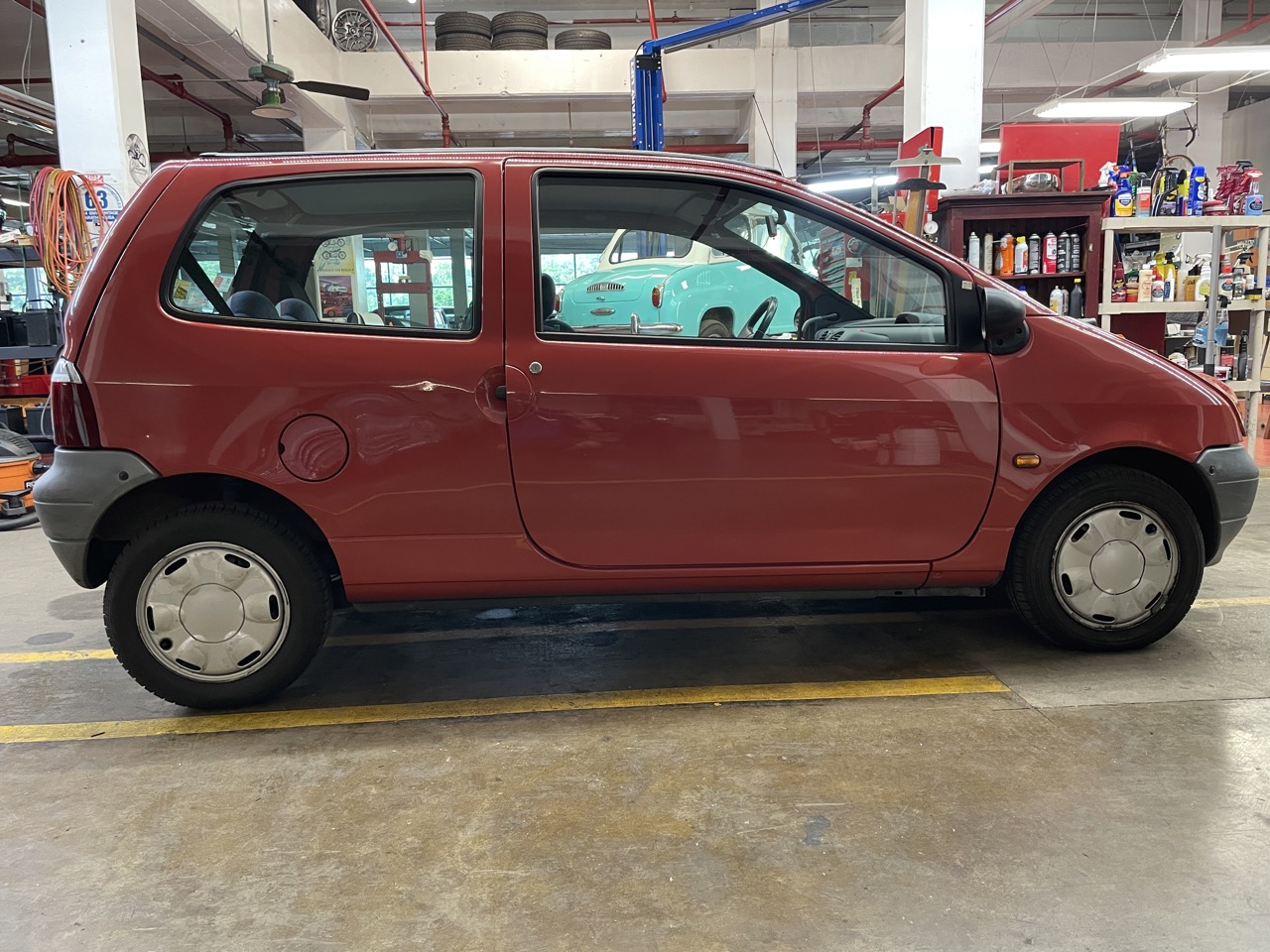 I also like the exterior’s boxy yet rounded-off look. 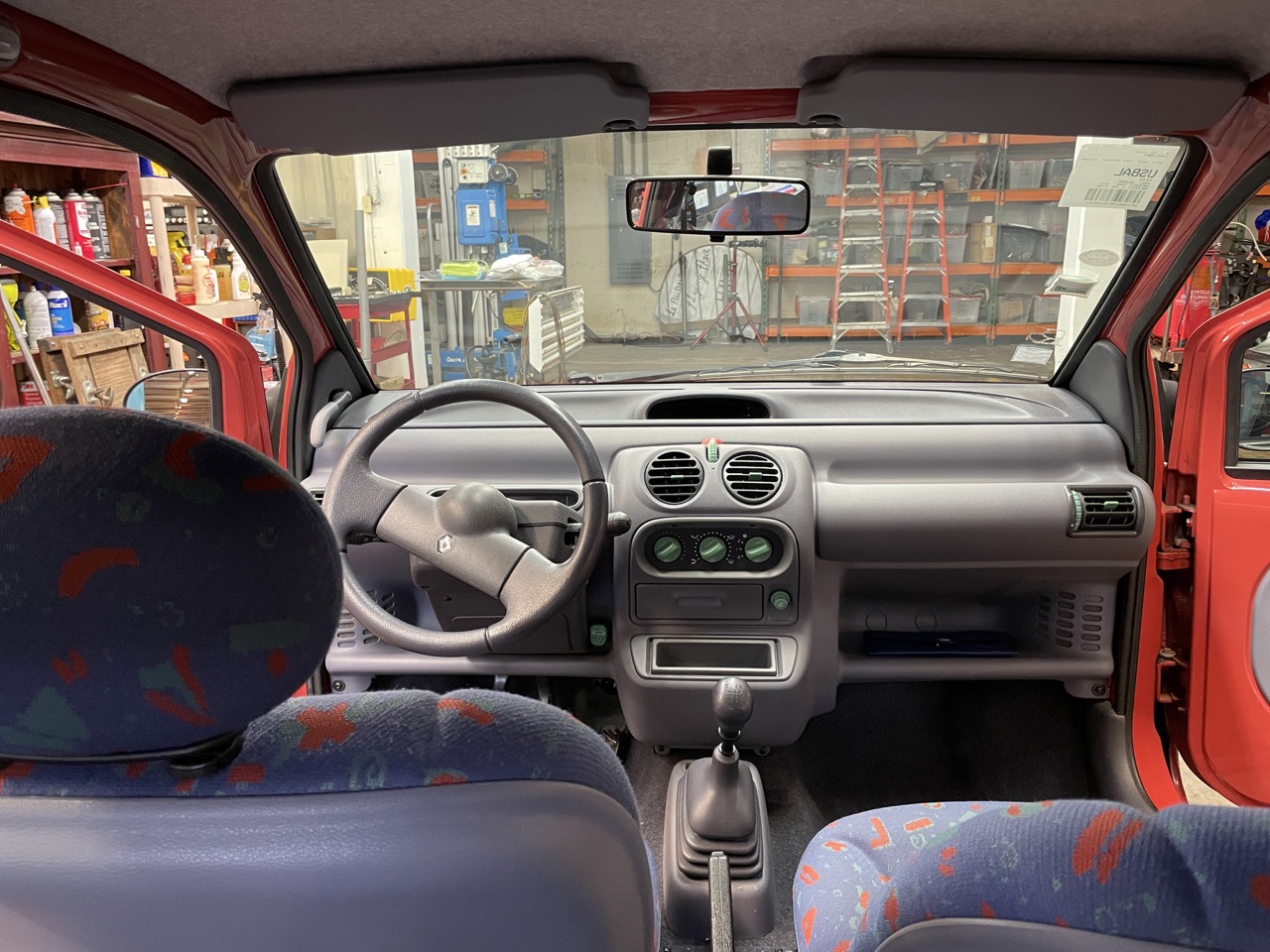 If you’ve read my past articles, you’ll notice that automotive interior design is my jam. I get excited about smart, clever, and functional interiors that don’t look like a gray-scale office cubicle. This Twingo has all of these characteristics in spades. 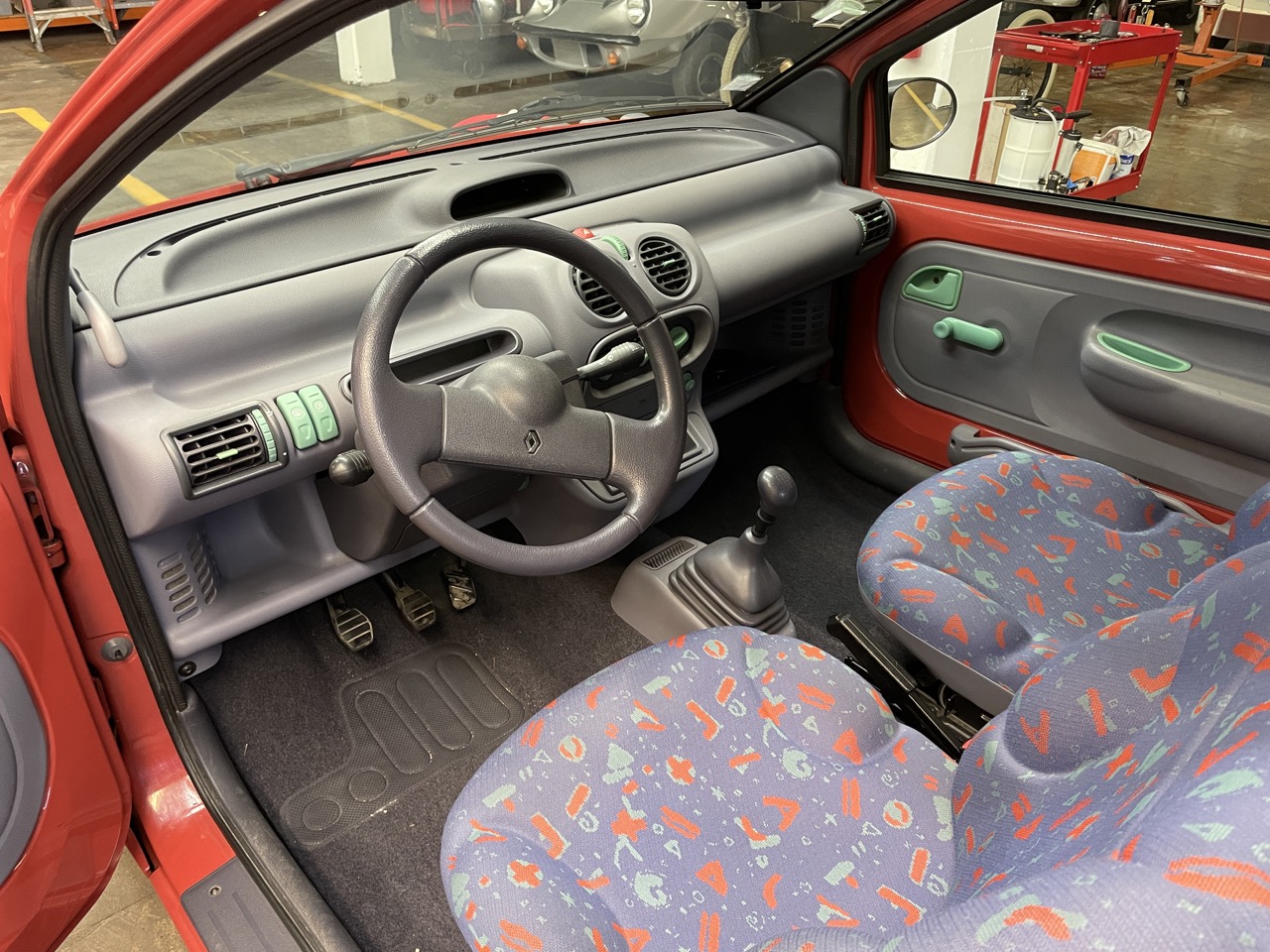 I love the contrast of the austere dash arrangement with the rad multi-color *looks closer* mathematics symbols on the seats? I guess the upholstery designers had to put something on there to dress things up a bit, but I think it’s funny to imagine that one of them was a calculus enthusiast. 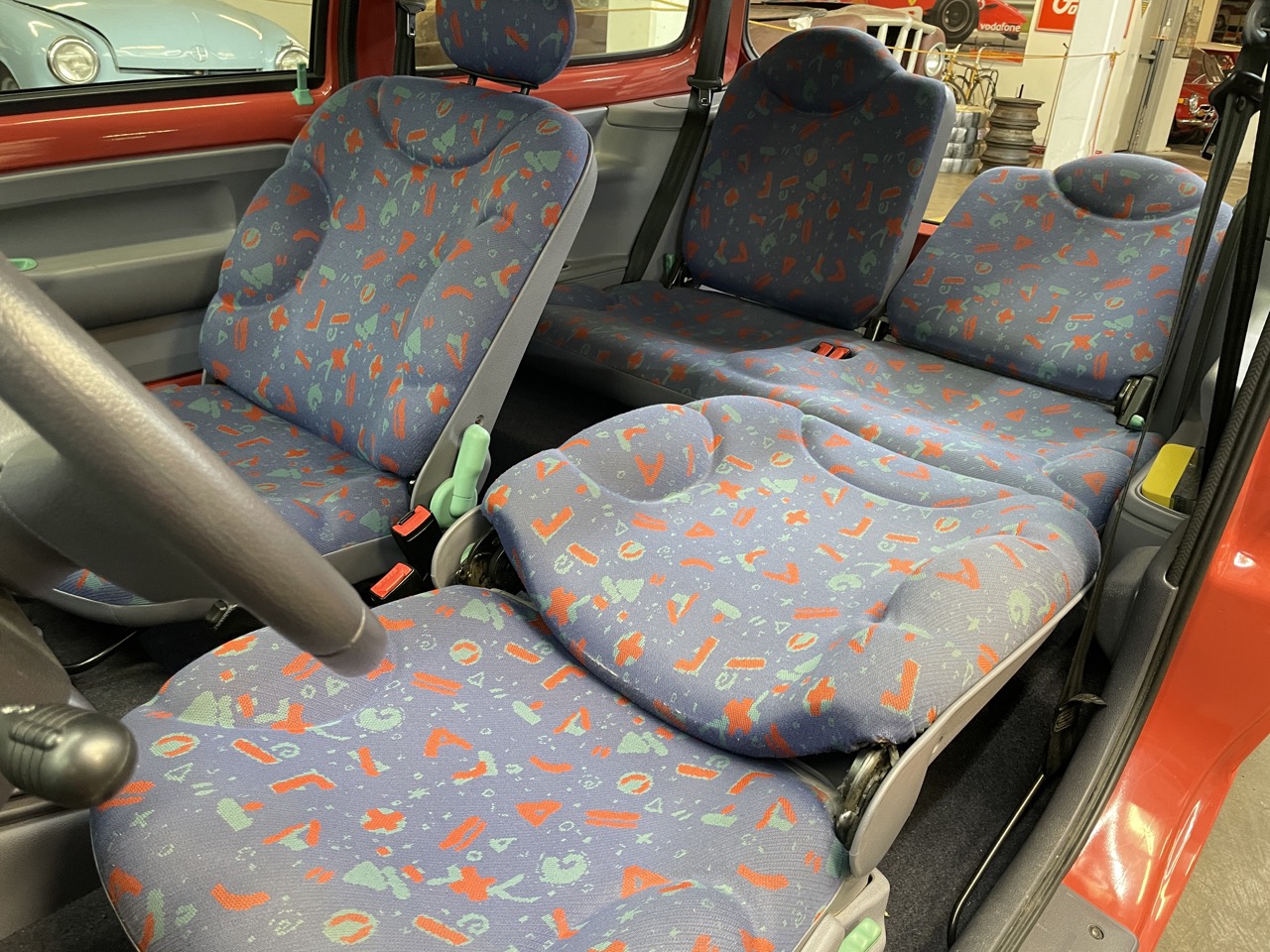 Speaking of those front seats, they are very comfortable; both cushy and supportive with mild bolstering. This is also where the Twingo’s main party trick is revealed: once you remove the headrests, the front seat reclines flat. The rear seat slides fore and aft, and can slide all the way forward to meet the front seat, effectively making a bed. Could you go camping in a Twingo? Sure! Would it be comfortable? Who knows?! It mainly shows off what you can do with the incredible amount of interior space in this very small car. 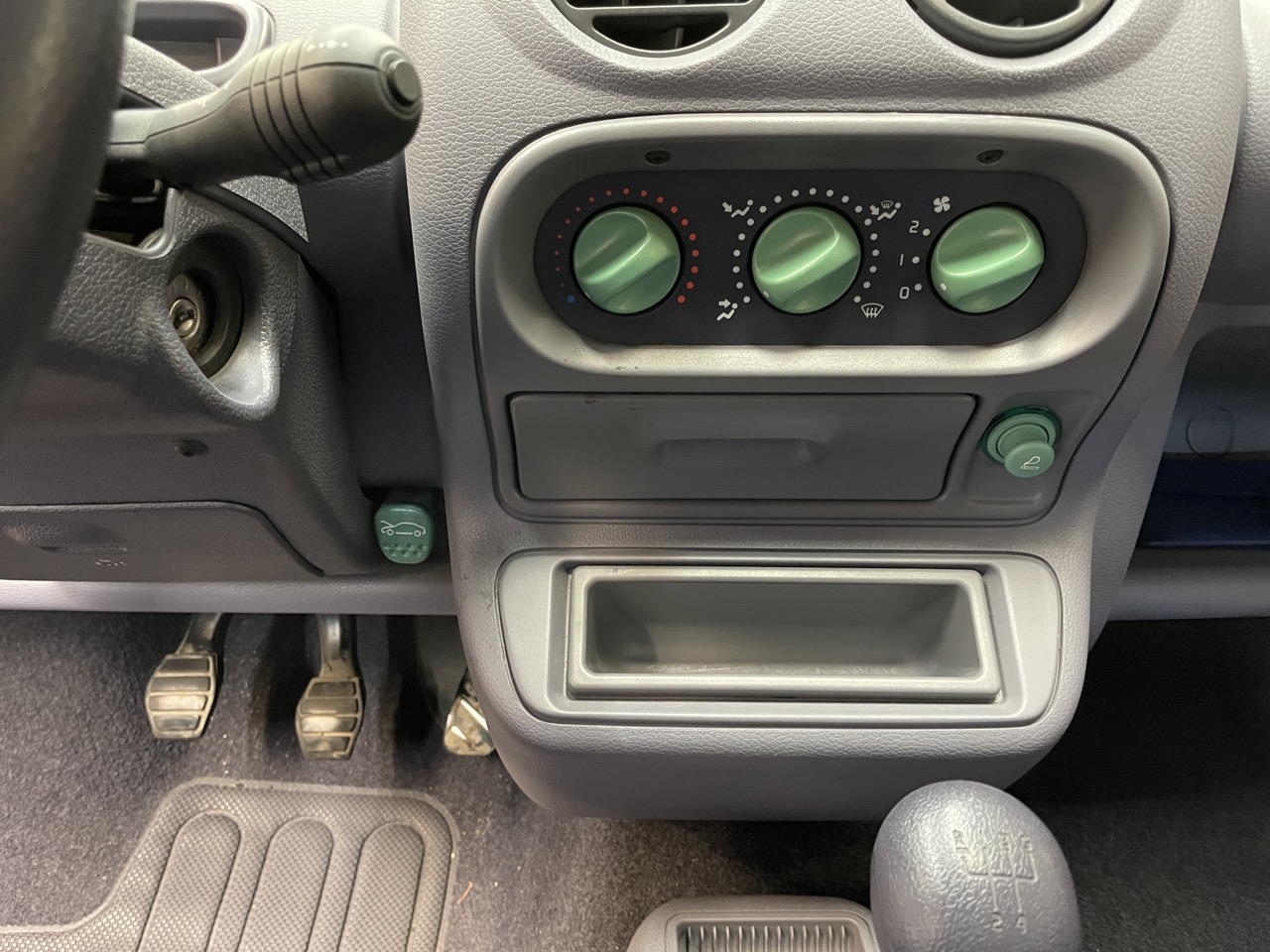 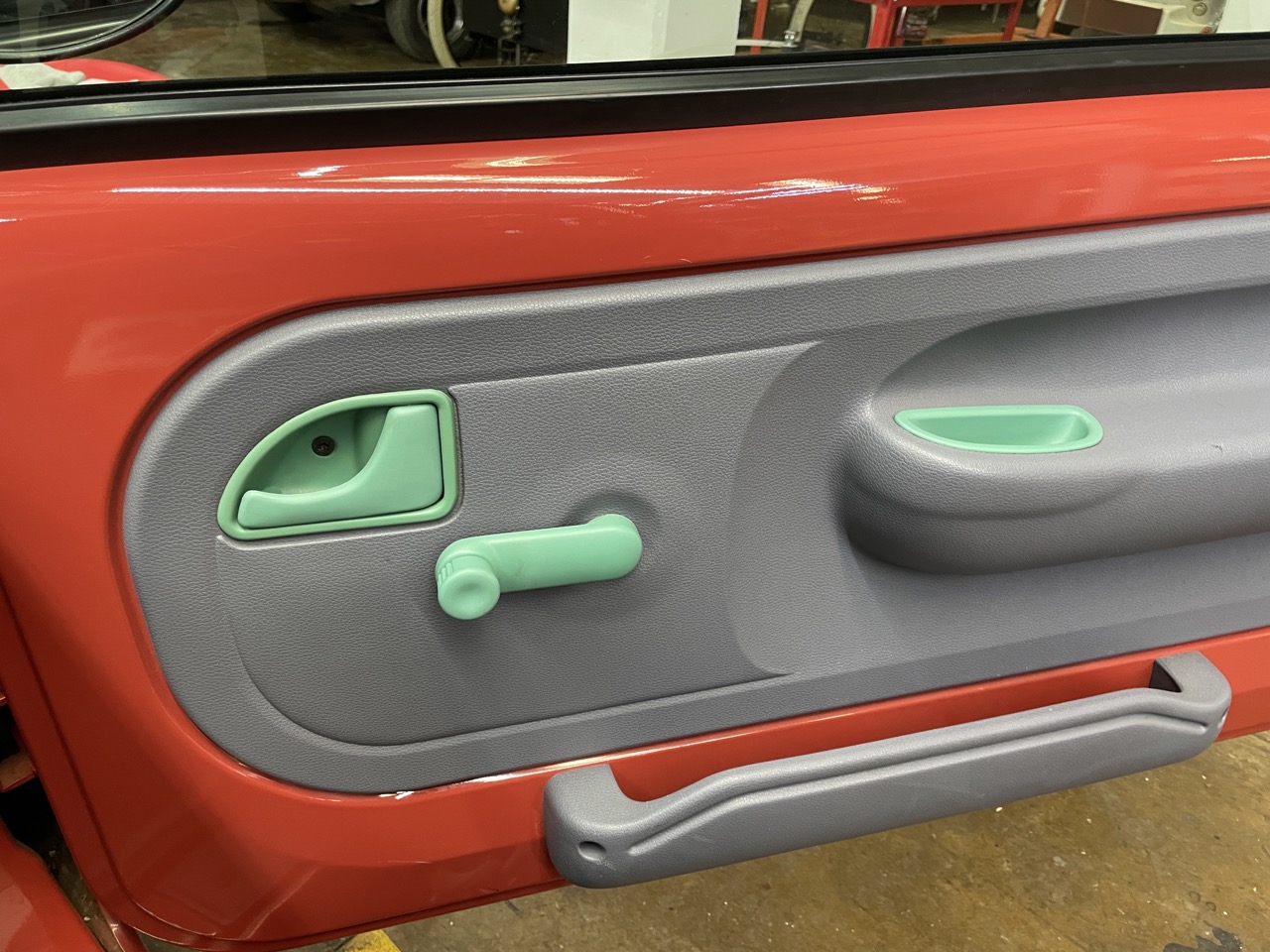 Maybe I’m just partial to teal, but why can’t accents like hood latches and HVAC controls be a bright colored plastic? Even the friggin’ window cranks and door handles look like they should glow in the dark, but sadly do not. 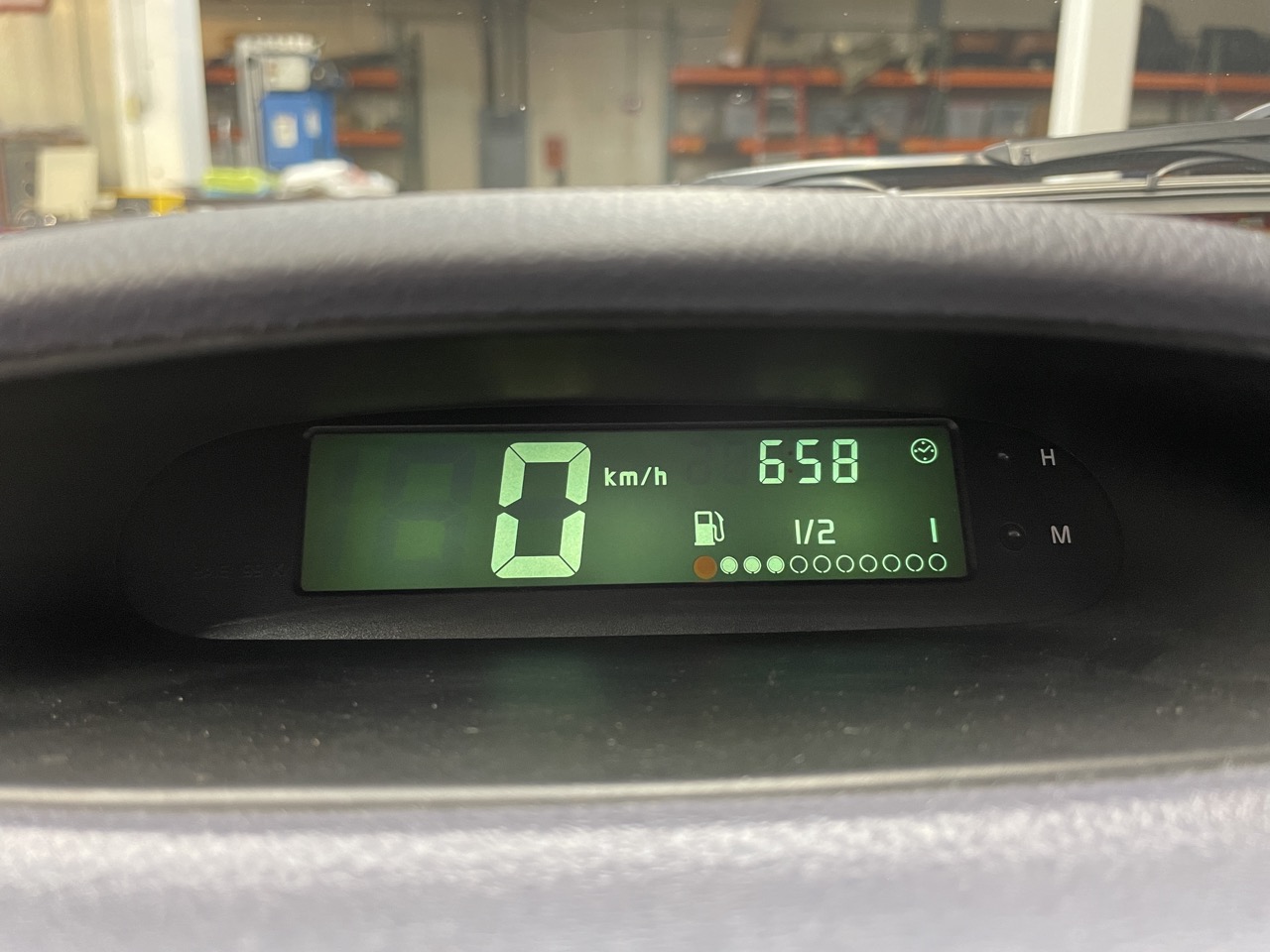 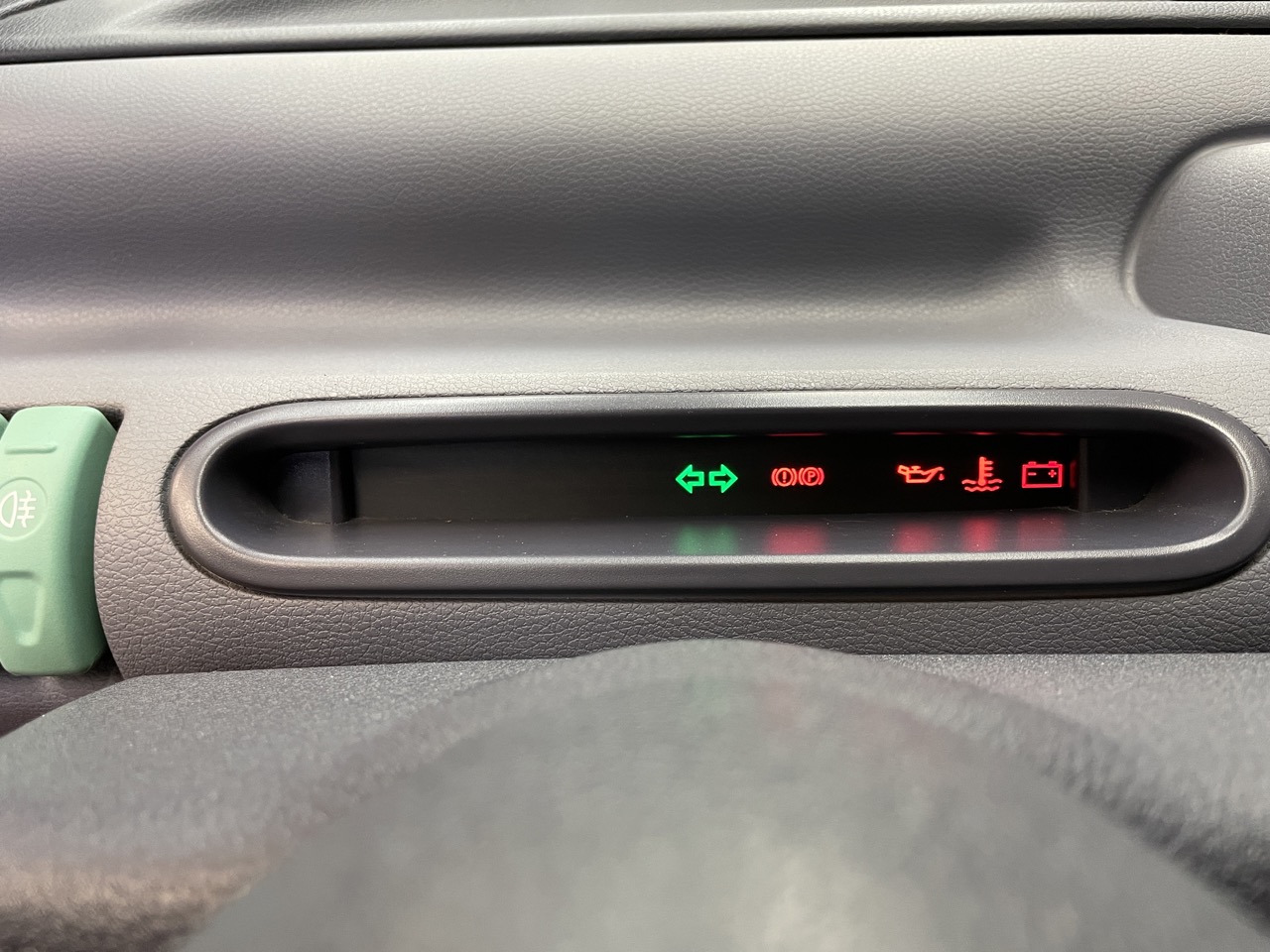 Back to the dash, you get a minimal, center-mount digital arrangement with fuel, a clock, and the speedometer. There is another bar atop the steering column for basic warning lights and turn signals. 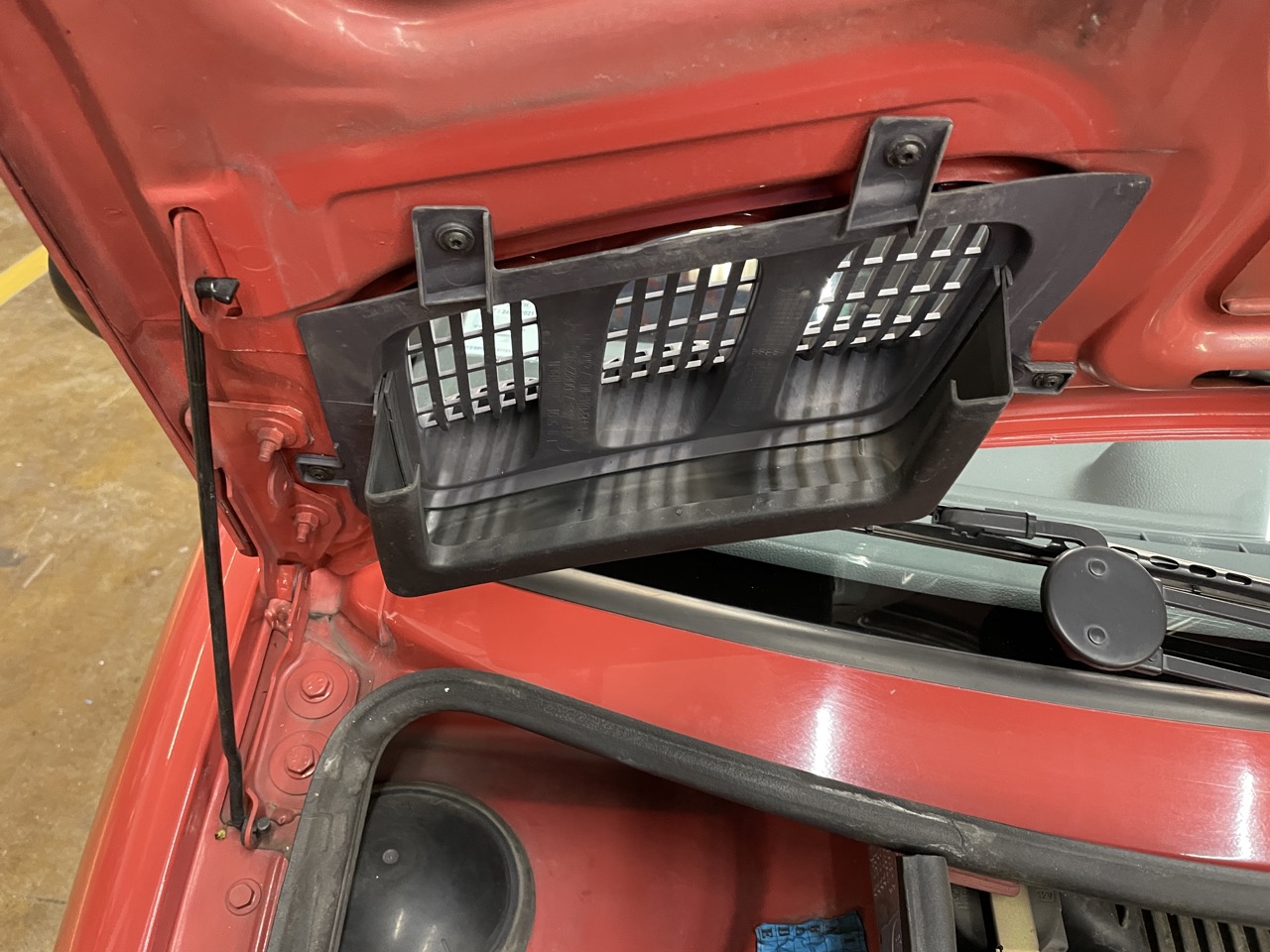 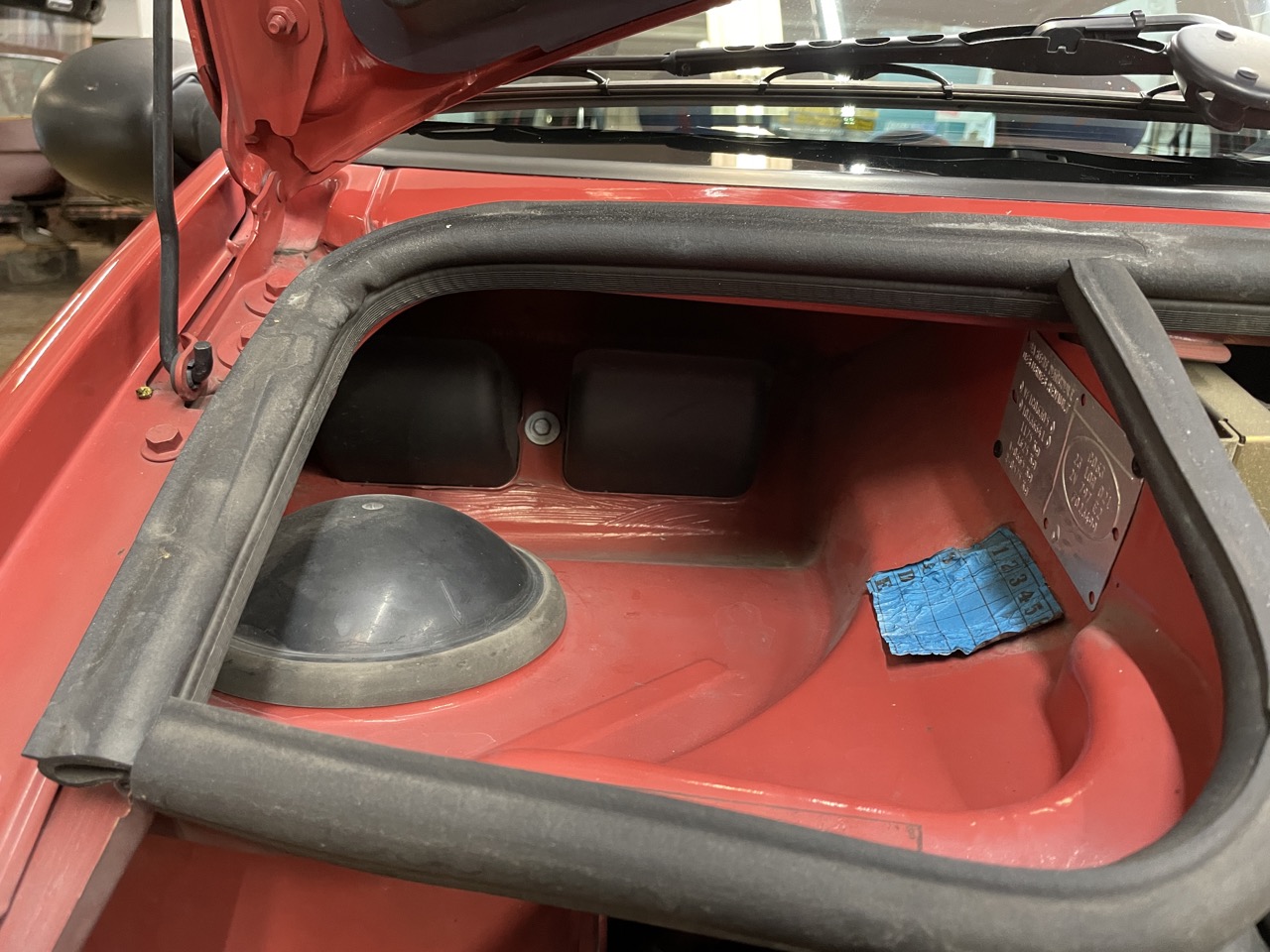 Notice on the HVAC controls this a model with no A/C, so fresh air was fed through those distinctive intakes on the hood, which bypassed the engine compartment and fed air directly into the cabin. 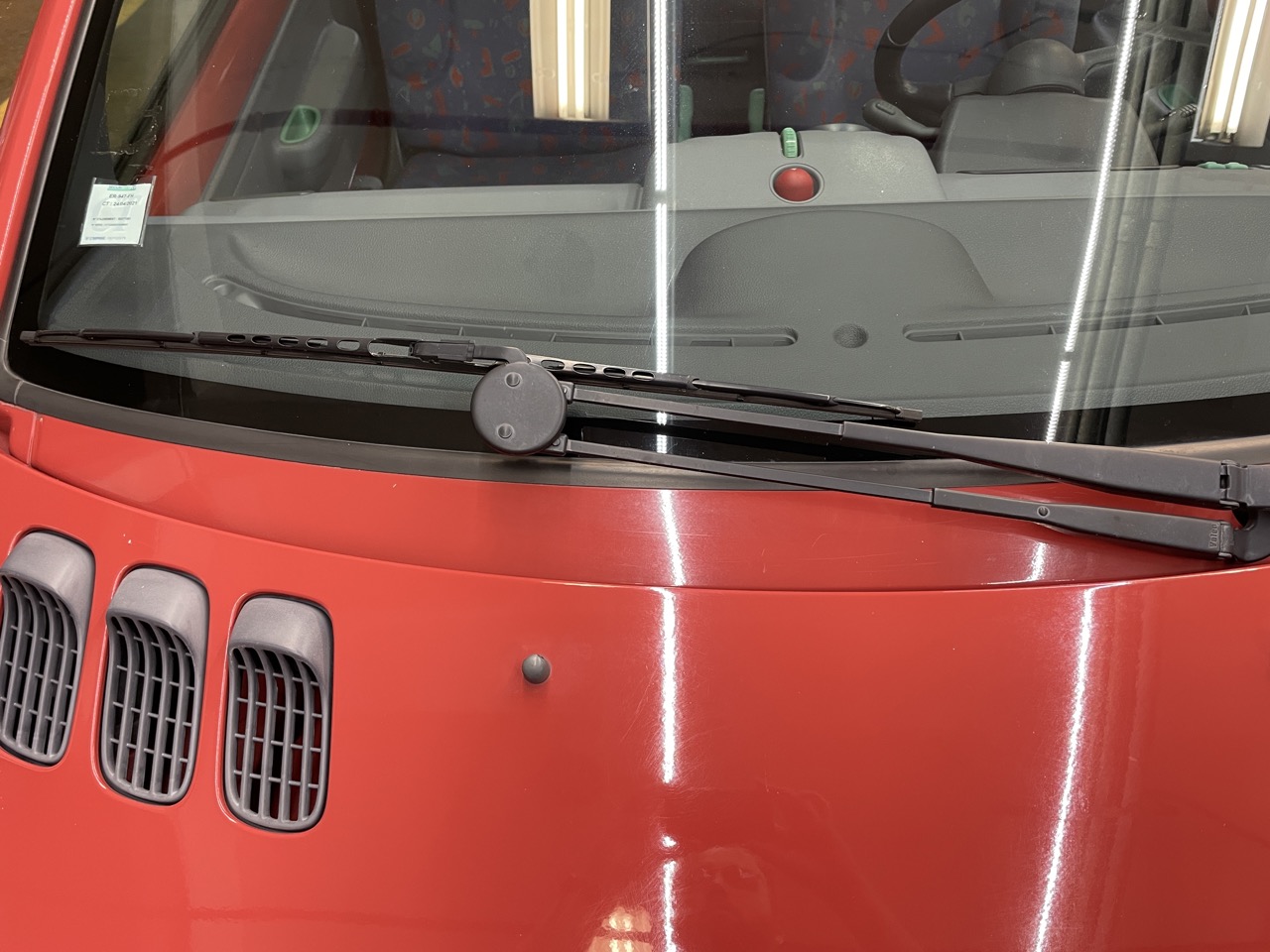 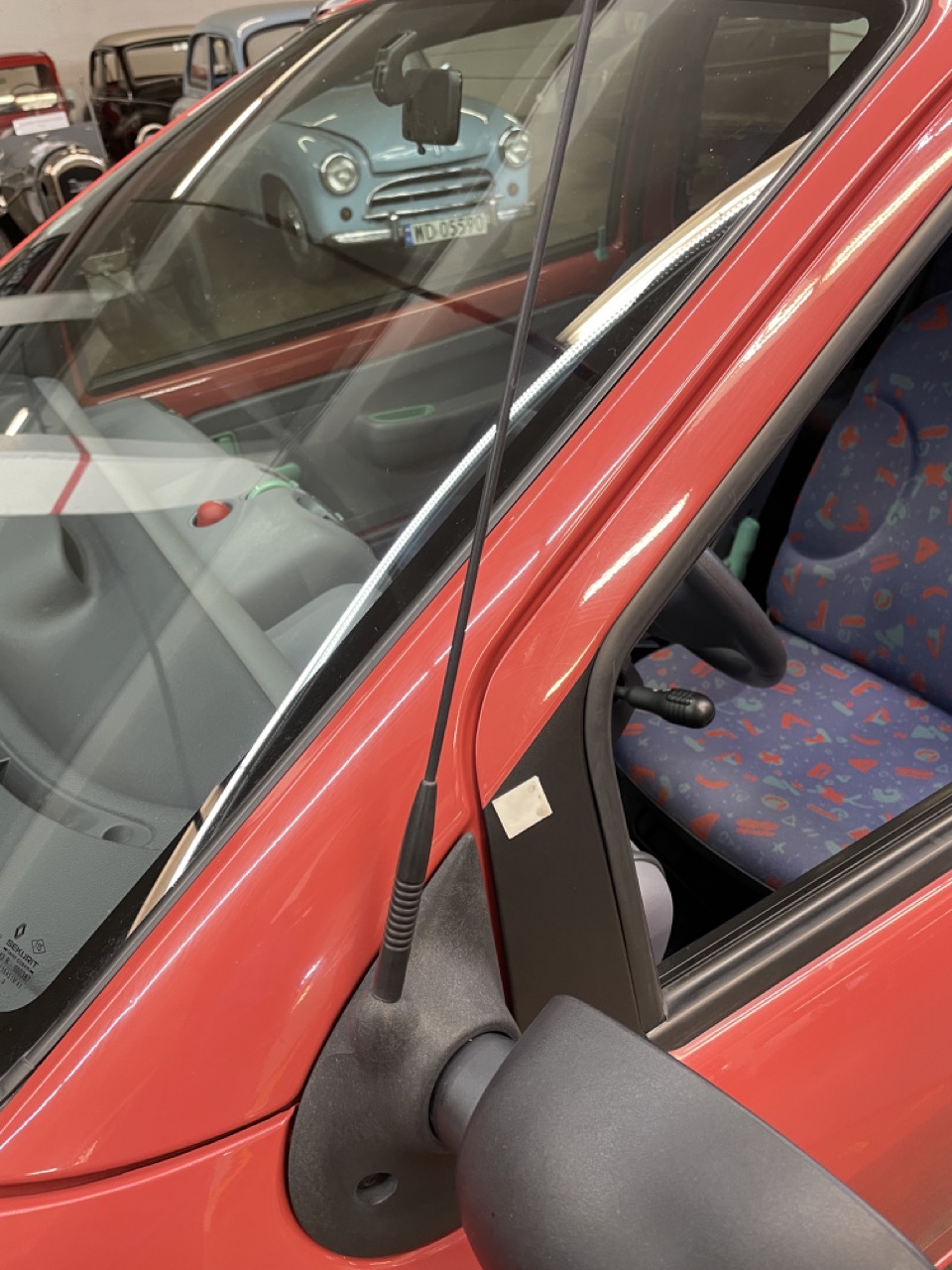 On the simplicity front, why have two wipers when one will do? I love how the radio antennae (although this car has a blank-out plate for the radio) is integrated into the driver’s side view mirror housing. No need to create another hole in the door, roof, or fender.

I’ll write a driving review of this car one of these days (or, you know, someone else from this website could drive it and possibly shoot a video, just a suggestion, whatever.) 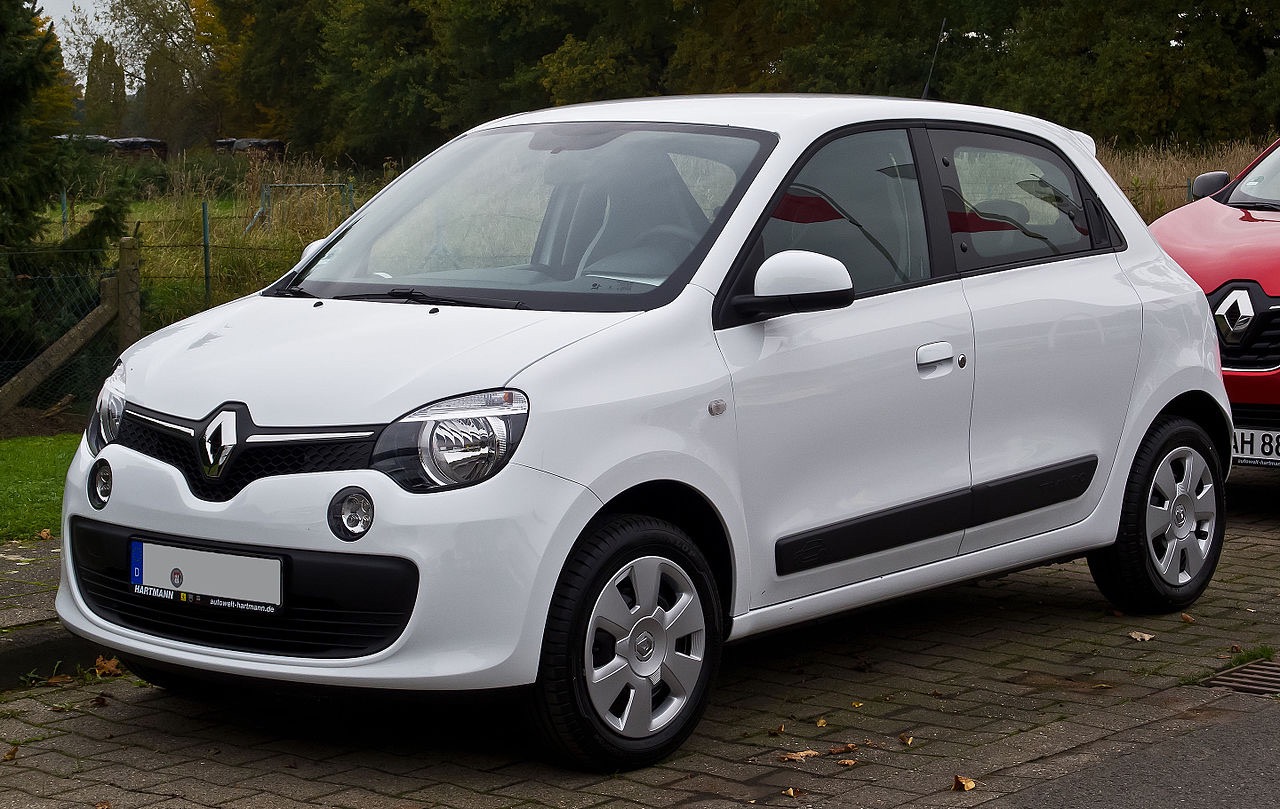 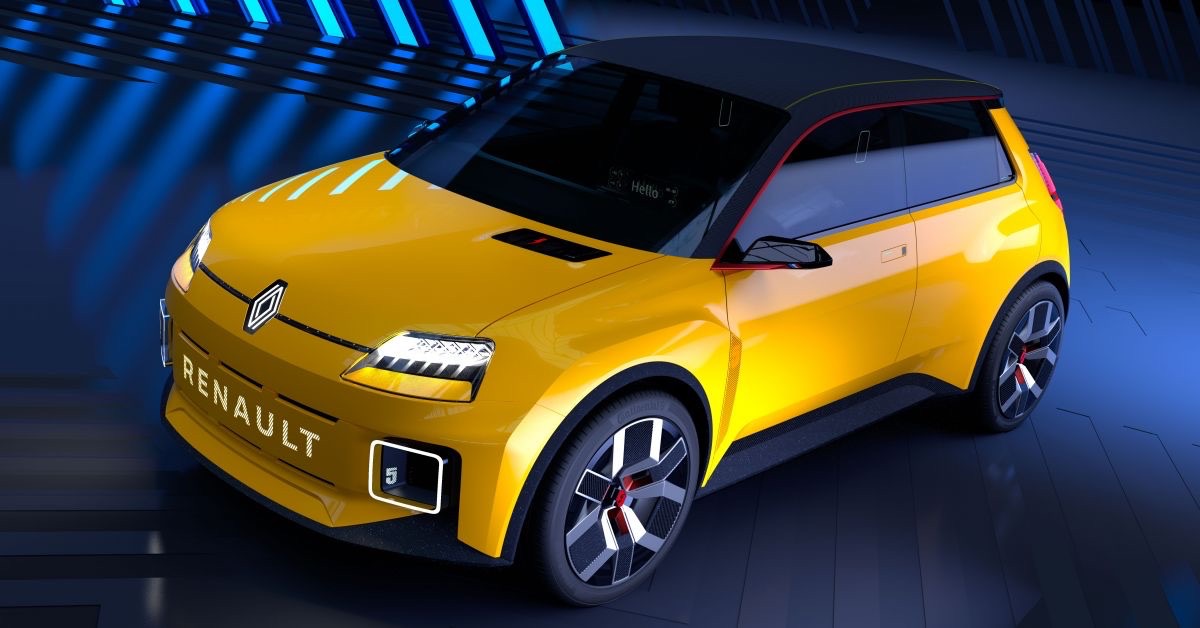 Over 2.6 million of the first generation Twingos were made, which stayed in production until 2007 (!), with a few minor refreshes along the way. With the introduction of the third generation Twingo in 2014, the engine moved to a rear-mid engine layout [Editor’s Note: I think it’s pretty rear, but it may be on/just fore of that axle – JT], and gained an extra set of doors. The Twingo just ended its production run last year, and is slated to be replaced by a new model based on the very serious-looking Renault 5 prototype.

Read All My Posts »
PrevPreviousThe New Chevrolet Colorado Promises Tons Of Kit And Turbocharged Power Even On The Base Model
NextDetroit-Area Autopians: Let’s Have A Car Show At Walmart Saturday EveningNext