Facebook-f Twitter Instagram Rss
Menu
Menu
Home » The Last Surviving Example Of The Weirdest Bus Ever Has Been Found, And It Still Runs

The Last Surviving Example Of The Weirdest Bus Ever Has Been Found, And It Still Runs 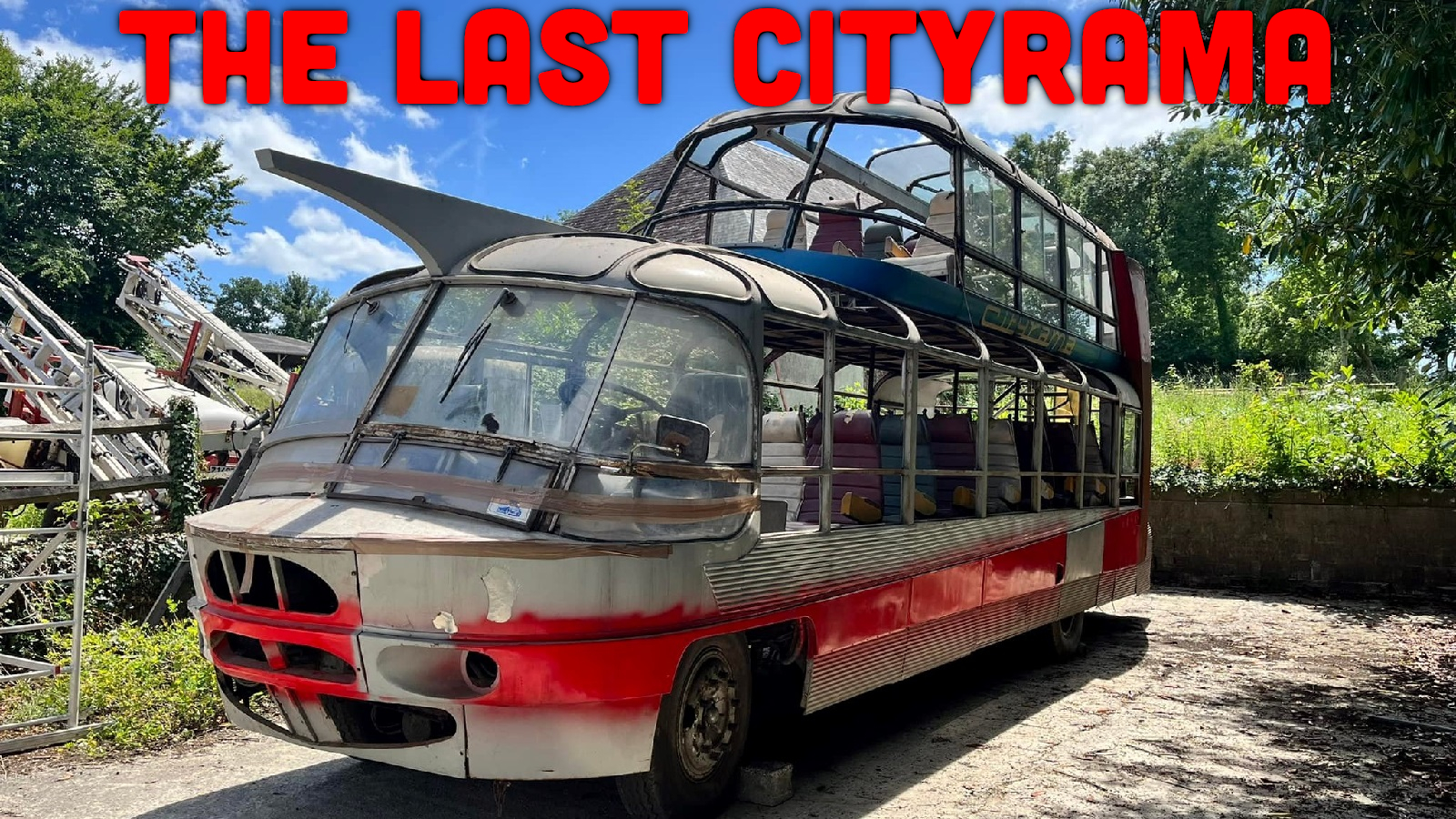 Back in March, I wrote about the weirdest bus ever made, the Citroën U55 Cityrama Currus, a machine with bizarre styling that perfectly matches its absurdity. I wrote in that headline that the bus “Seems To Have Been Lost To Time,” but it turns out: The last surviving example has been found. And guess what? It actually drives!

The update to the story on these wonderful buses comes from the person who told the story about them in the first place. YouTuber The Tim Traveller introduced the world to these buses back in March. For a little background, Tim treks the world documenting obscure places in rich detail. The videos usually feature what the subject looks like today, but the Citroën Cityrama bus piece was different; the newest photo of a surviving bus dated back to 2008.

In an example of how awesome the internet can be, Tim’s viewers pointed out that one example is actually still around. And soon, he found himself cycling out to a “Vintage Vehicle Meeting” in rural Normandy, France.

Back in the 1950s, Paris tour company Groupe Cityrama commissioned a fleet of wild buses. There’s little information out there about these buses, but the story is believed to go like this: Groupe Cityrama launched in 1956 as a tourism company in Paris, France. Paris tourism is highly competitive, so the company decided to go far out to get attention.

Cityrama’s plan to be different was to have a fleet of distinctive sightseeing buses.

Under the massive glass greenhouses of these buses sat a Citroën Type 55 utility truck chassis. These workhorses featured either 4.6-liter gasoline sixes making 73 HP or 5.2-liter diesel sixes producing 86 HP. The Type 55 launched in 1953 and was produced all of the way to 1965. These trucks acted as platforms for fire engines, flatbeds and…five to ten strange sightseeing buses.

To bus-ify the Type 55, Cityrama took the truck chassis to Currus, a French coachbuilder. There, Currus built the incredible body that you see here on top of the humble Citroën trucks. As Tim originally noted, Currus had the challenge of making a double-decker bus that was both mostly glass and looked like nothing else.

And, every angle of the bus has something new to see from the huge red wing that looks like a carrying handle, to the fins out back that look like they could fit on a Cadillac.

And the front end is equally as odd. The lower portion looks like a boat hull was grafted on, and bisecting the lower and upper decks is a spear.

Inside the bus, tourists got to wear headsets that broadcast commentary on the scenery in a variety of different languages. The passengers on the upper deck got to enjoy an open-air experience on good days as a large section of the glass roof could be removed.

If you’ve been on a modern sightseeing bus none of this will sound amazing. But remember, this was late 1950s technology at work, here!

The quirky Citroën U55 Cityrama Currus buses were a hit. They became so popular, even, that they ended up in French films. But their longevity on the road would be challenged by potential design flaws. As noted a number of times by Tim and other sources, the buses had a knack for overheating, leading to the addition of second and third grilles, then eventually, an oil cooler. As you’ve probably noticed, few pieces of media about these buses seem to exist, so French movie Zazie dans le Métro is the best way to see what they looked like.

The buses were reportedly retired from service in 1980. Most of the five to ten buses then disappeared. One was known to run in a circus before disappearing, then there is this one, which is considered to be the only survivor.

And it is only just surviving. Most of the windows are gone, the body panels are falling off, the paint is a mess, and you have to be careful walking around the interior. But amazingly, the bus actually made it to the vintage car meet under its own power. Like a Vice Grip Garage rescue, it’s rough, but still working! It’s always awesome to see a piece of history still in operation despite the odds.

The interior still has hints of its past, too, as the multi-language commentary system is physically intact. You can also still see Cityrama displayed on the buses’ flanks.

The news gets even better. The Citroën has changed hands to the Association Normande d’Anciens Utilitaires (ANU). It’s a long-running classic vehicle club. But instead of cars, these folks deal in classic commercial vehicles. The president of the club sounds like a true gearhead, remarking that behind an old truck’s odometer are decades of stories and a soul.

ANU’s plans for the last surviving Cityrama bus are to restore it to its former glory.

Normandy Classics is handling the restoration and it sounds like the shop is going all of the way. The bus will be completely disassembled and overhauled from the ground-up. The work is expected to take at least four years.

ANU has set up a donation page, asking for some help in seeing this restoration become reality. If you’re an international bus nut and want to donate, the link is here.

Otherwise, I will be eagerly waiting for the progress and completion of the restoration. Hopefully, in four years it’ll come out of Normandy Classics looking brand new. And with luck, maybe yours truly will go to France to see the beauty in person.

Mercedes is a lifelong fan of all things powered by an engine. When she isn't driving one of her five Smart Fortwos or her 14 other vehicles she could be found in the cockpit of a Cessna 172 or perhaps swimming in any body of water that she could find. She also has a deep love for buses of all kinds. Please send her buses. mercedes@theautopian.com Instagram: @mistymotors Twitter: @Miss_Mercedes30 Facebook.com/neonspinnazz
Read All My Posts »
PrevPreviousHonda Unveils A Limited Edition E, Max Verstappen Not Included
NextThe Wildly Different Cars Named For A Type Of Ship Or A Thing That Cuts HairNext