The Man Who Designed The Reliant Scimitar GTE, The Bond Bug, And Luke Skywalker’s Landspeeder Has Died 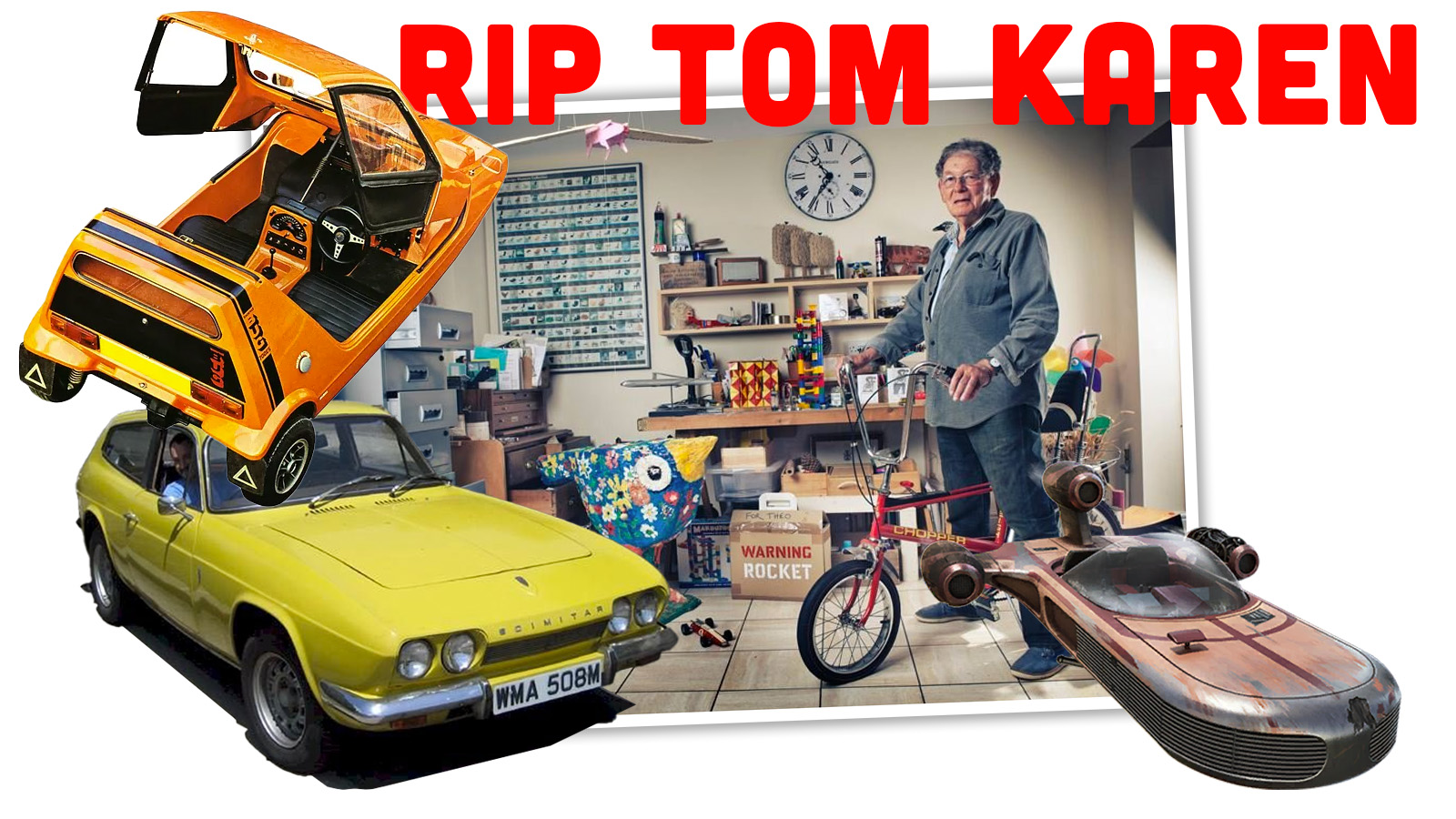 I think it’s safe to say that the most beautiful car I have ever owned was my 1973 Reliant Scimitar GTE. It was a close race because I’ve also owned a 1967 Volvo P1800S (I actually traded that car for the Scimitar) but there’s something about the clean, understated lines of the Scimitar, the perfect proportions, and the novel shooting brake design that just tips things in its favor. The person who designed this car was also the person who designed some other cars that are very significant to me, like the three wheelers Bond Bug and Reliant Robin, or the landspeeder from Star Wars. The designer was Tom Karen, and while I think he’s under-appreciated in America, he was responsible for much of the fun-looking aspects of British life in the 1970s.

Karen was one of those designers like Raymond Loewy who didn’t just design cars – they designed things, and some of those things happened to be cars. Karen also designed bicycles and toys and electronics, and brought a certain competent sort of optimism and fun to everything, no matter how humble. Karen died on December 31, 2022 at the age of 96, and I just want us to take a moment to think about him. 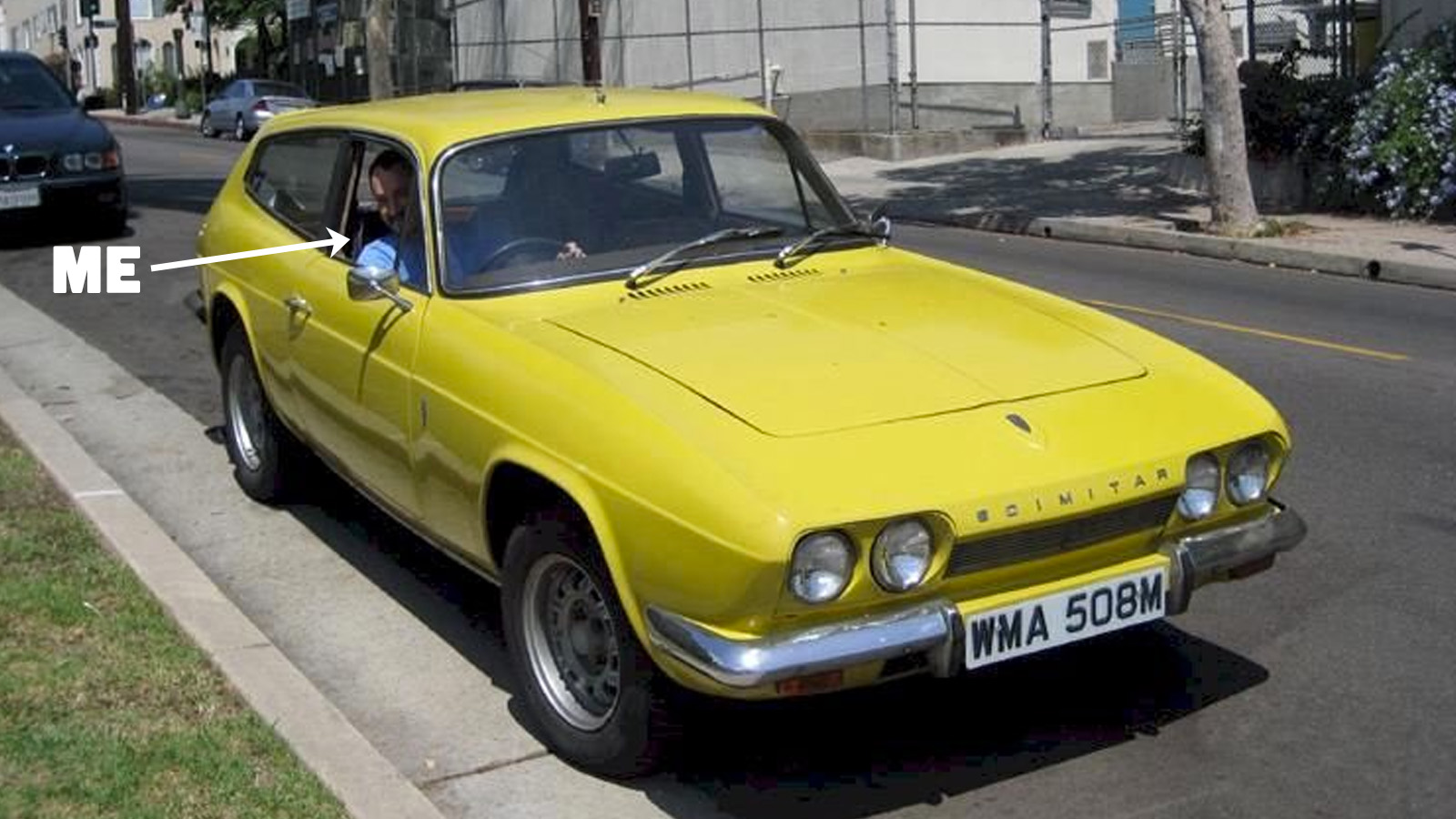 I have to start with the Scimitar, because that’s the only Tom Karen product I owned and cherished myself. The Scimitar started life as a concept car for the Triplex glass company, the first version designed by David Ogle on the chassis of a Diamler SP250, and the goal was to cram as much glass on it as possible, hence the glass roof sections and the wrap-over side windows. Ogle was killed in a car wreck before the car was to be shown, so the project passed to Tom Karen, who finished the design, known as the Triplex GTS (Glass Top Special). 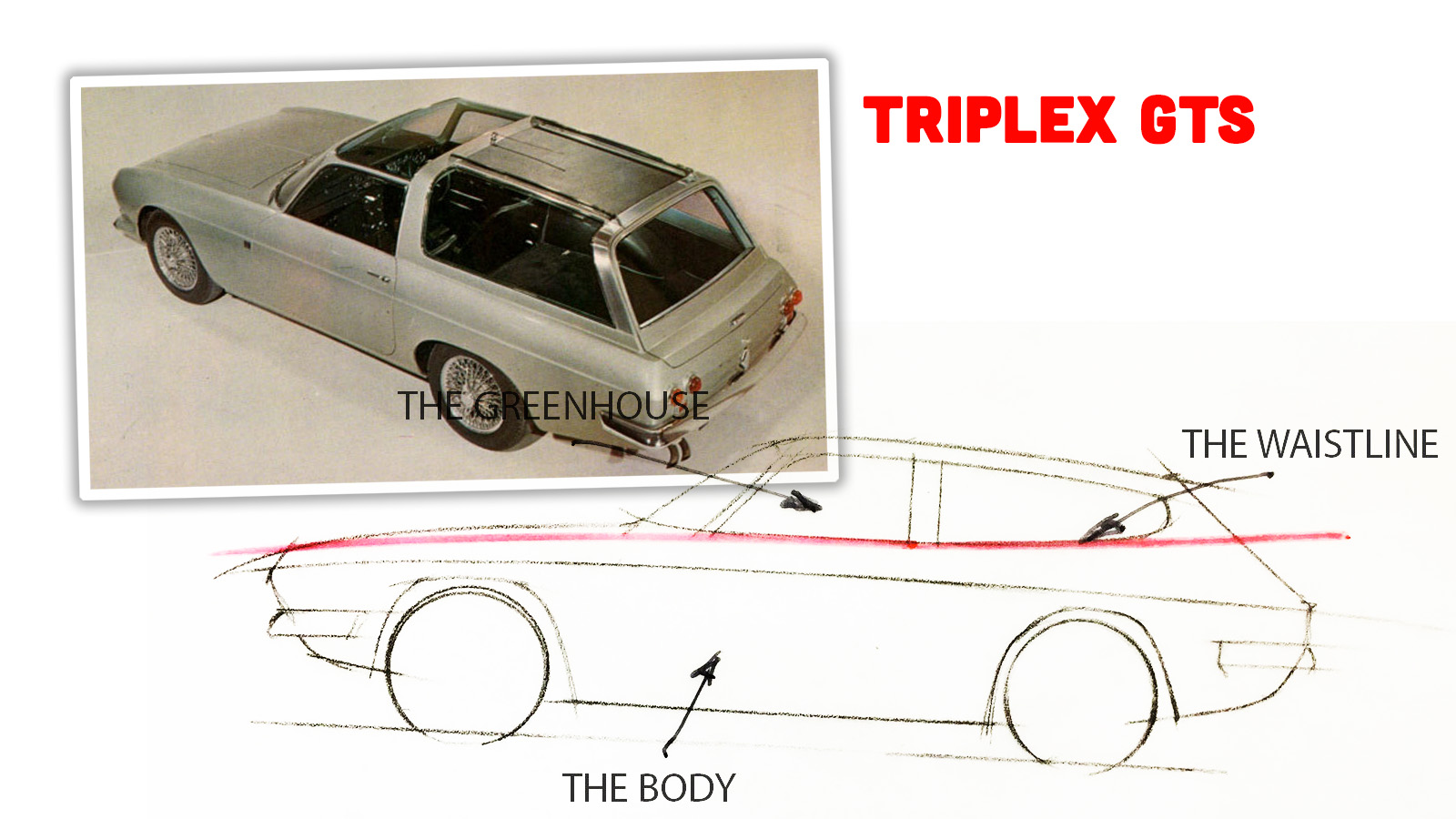 The car was seen by Reliant bigwigs at the Earl’s Court Motor Show, and they approached Karen about adapting the design to fit their Sabre sports car platform. Initially, a coupé was built as the first Scimitar, then Karen came back to the shooting brake concept and refined it into the Scimitar GTE. 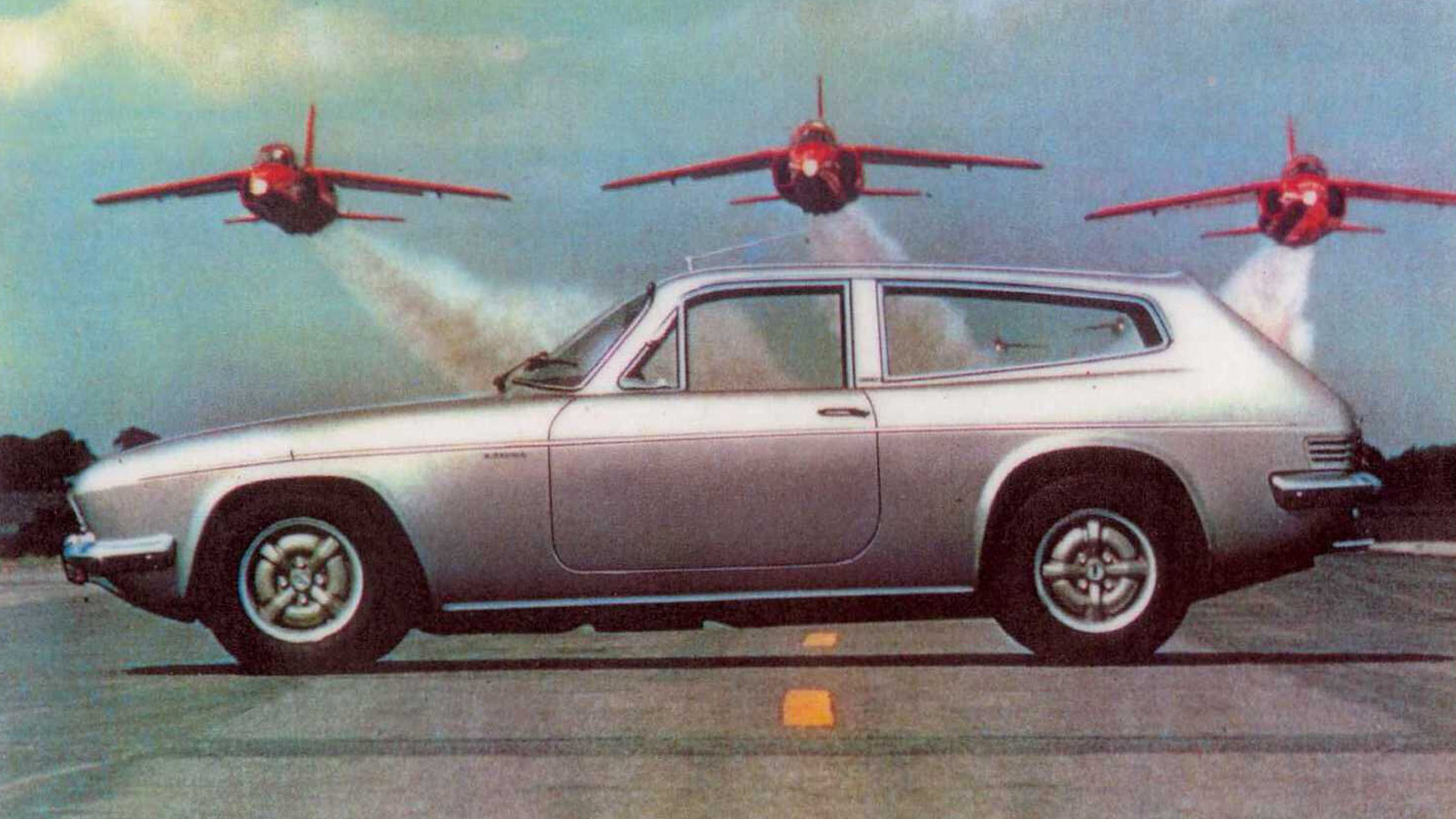 He did so much more than just rehash the Triplex GTS concept; Karen has a real eye for making forms clean and cohesive, and the Scimitar’s kicked-up beltline and sloping greenhouse really pull off the sports-wagon ideals of a shooting brake. His other work for Reliant retains the same fundamental aesthetics, even if the platform and target market are about as removed from a fast, premium GT car as you can get: 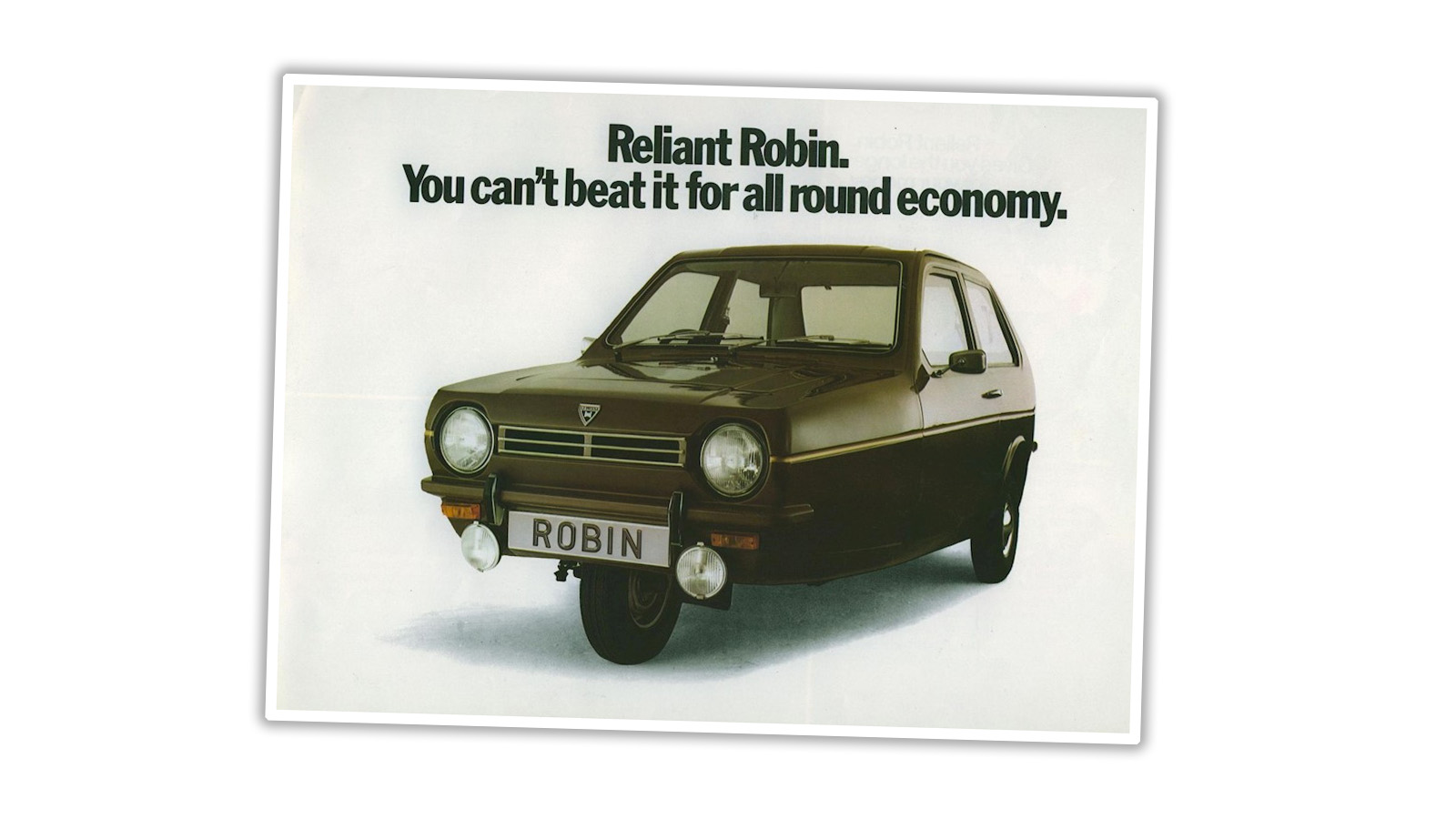 Yes, the Reliant Robin. A three-wheeled car that may have been the butt of jokes, but the truth was they sold an Imperial crapton of these, and they put many, many people on enclosed, weatherproof wheels instead of on motorbikes. The Robin didn’t look like a joke; it looked competent and rational, friendly but not cloying. It had dignity. Karen could also do more flat-out fun, too, as seen in the Bond Bug: 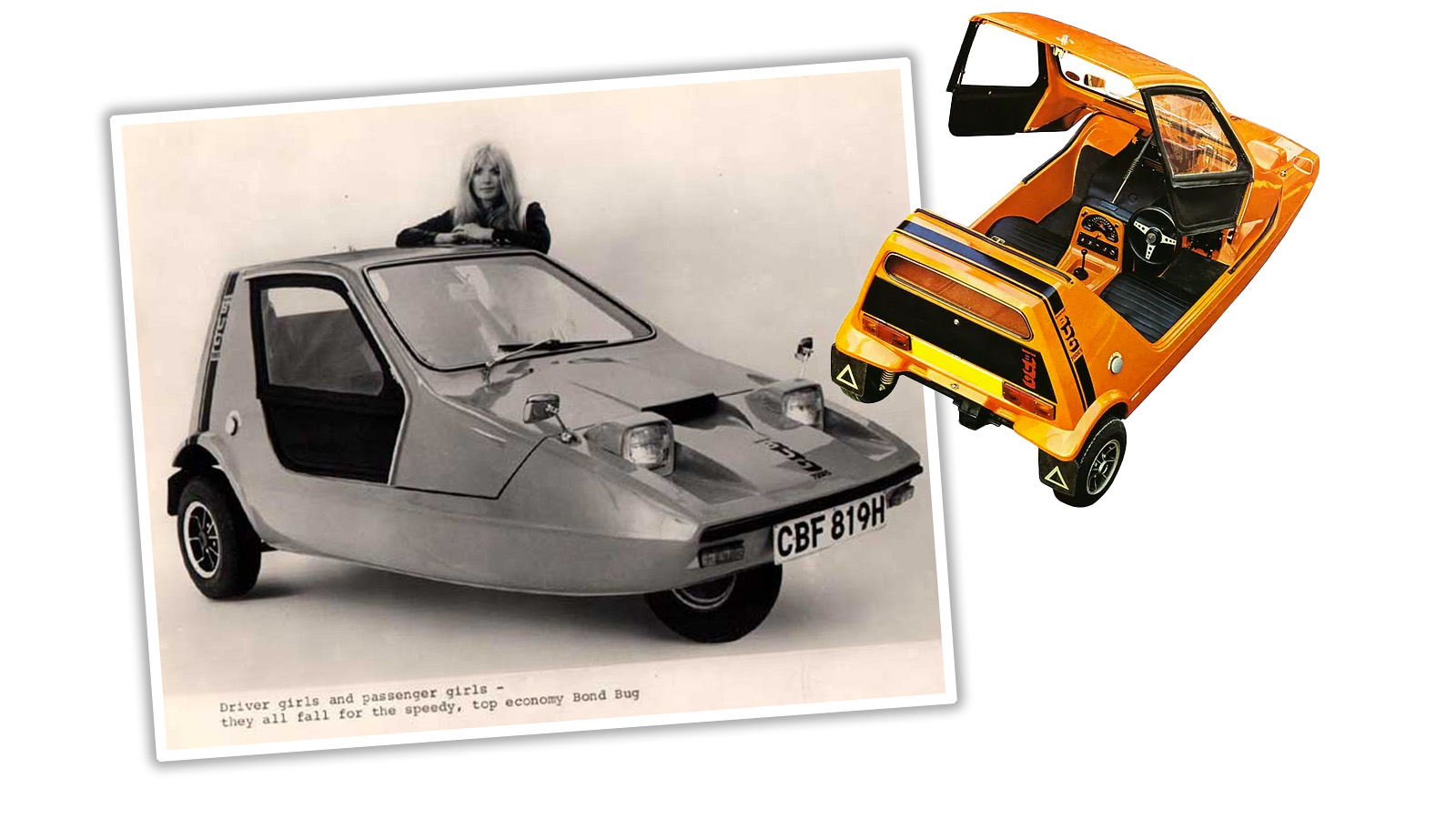 It’s minimalistic, but unashamed about it, and undeniably fun. Karen had a knack for making the cheapest possible cars still feel like cars that their owners chose instead of things they were forced to accept. Karen understood that cheap cars did not need to give up any dignity, they could just be the best versions of whatever they needed to be. 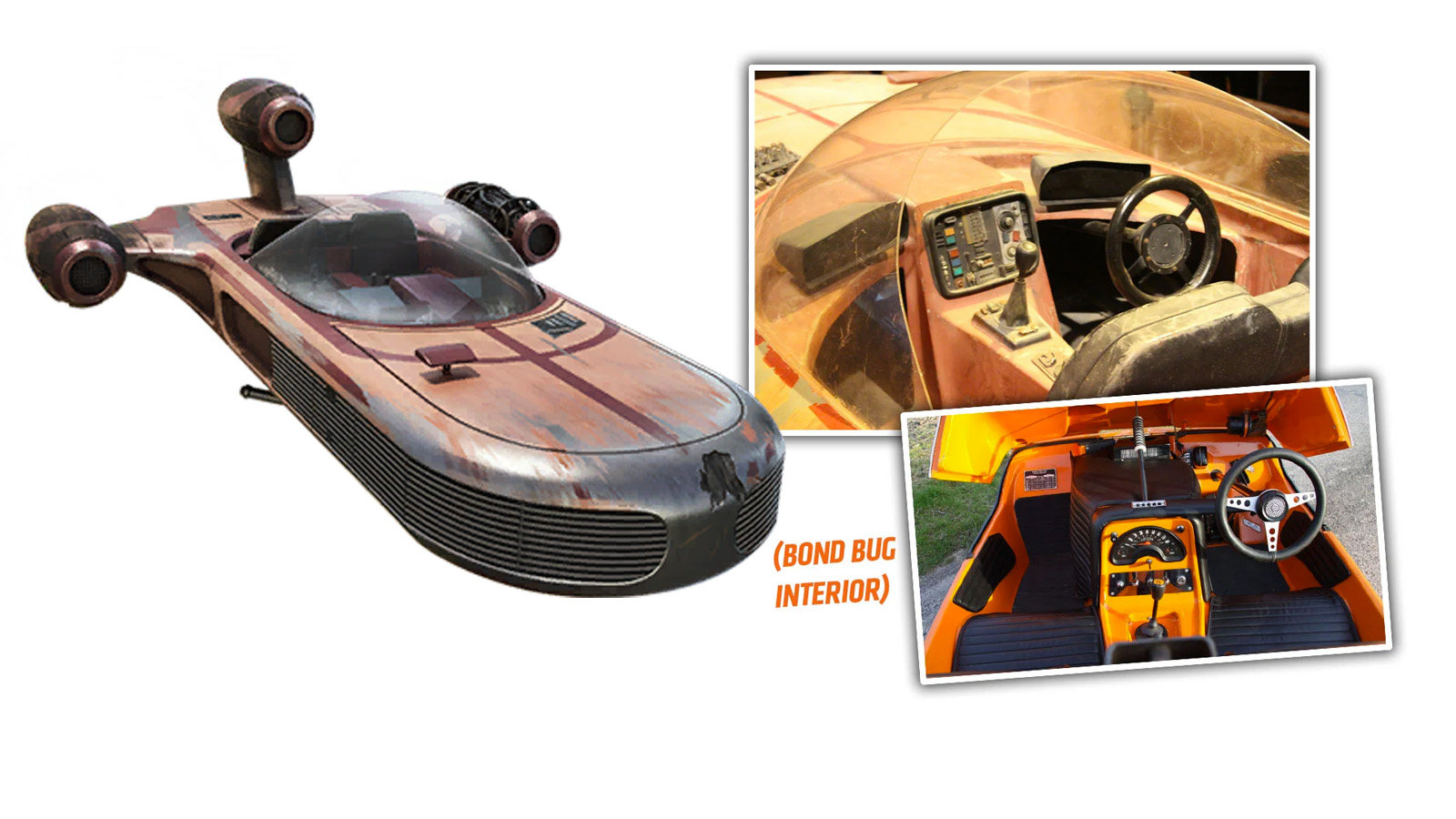 With this in mind, it’s no wonder the 1977 Star Wars landspeeder was based on a Bond Bug. And it’s also no wonder that it had great proportions and looked fast and cheap, somehow.

Tom Karen was a really interesting automotive designer, someone who felt like they had just slightly different priorities from most other designers. His body of work was an unusual combination of fun, sleekness, and even restraint, and it all added up to a body of work I respect so much.

I'm a co-founder of the Autopian, the site you're on RIGHT NOW! I'm here to talk to you about taillights until you cry and beg me to stop, which I absolutely will not. Sorry. Hug? Also, David's friend.
Read All My Posts »
PrevPreviousLoving Cars Is Different For Everyone: Comment Of The Day
NextSony Honda Mobility’s Afeela Prototype Is A Delightfully Minimalist Posh Electric SedanNext