Loving Cars Is Different For Everyone: Comment Of The Day

It can be difficult to get into a new hobby. When you’re a fresh face in a new world, some people may make you feel unwelcome because you’re not as knowledgeable as others. This can happen with any hobby, from something as simple as a video game to as complex as a car. The reality is that you don’t have to know how to time an engine to love a car. Loving cars is different for everyone!

Earlier today, our David Tracy wrote about the Ganeshan family Honda Odyssey, a van that was in the family since it was purchased new in 2004. For many people, cars are just appliances that get disposed of when their duty is over. That’s not always the case, and in cases like the one David highlighted today, a car becomes a part of the family.

Autopian readers are starting off the year not with one-liners that have us on the floor laughing, but with a number of comments that tug on our hearts. That article was full of them, but today’s COTD is a result of a couple of observations. Mr.Asa said:

Not saying that any of those other hobbies are bad, not saying that you need to jump into cars with both feet (although if you’re reading this, you probably already have,) just saying that its a beautiful thing to be able to see someone in the weirdness that the world has become and be able to instantly connect with them on some level.

Newbalanceextrawide followed it up with this COTD winner of a reply:

It’s interesting- a lot of the hobbies I’ve had over the years can be kind of gatekeepy- craft beer snobs who always want to question your knowledge or judge your preferences, or photography people who look down their nose at my equipment- I realized it’s made me approach hobby/fan groups cautiously. I was taken to a soccer match, for example, and when asked how I was enjoying it, I said I lacked the expertise to have an opinion, but was having fun.

I was not taught mechanical skills growing up and smile and nod politely at many of the more technical discussions here. I definitely feel like an imposter sometimes, and not a worthy gearhead. That’s probably why I landed here, because of in particular Jason’s approach- cars as art, the tactile feel of chewing on various rubber or vinyl bits, etc. There are so many ways to be an enthusiast. I keep reminding myself I don’t need to be able to rebuild an engine to appreciate things.

Unfortunately, the car world still has plenty of gatekeeping. In some spaces, you’d be looked down on for liking an automatic transmission. In others, you might be insulted for liking something that’s not a mainstream enthusiast car. It’s something that I’ve experienced for years because I love the Smart Fortwo. Hell, I even got crap for my first car, the red Kia Rio below. To this day I still get nastygrams in my email saying that I’m not a car enthusiast and unqualified to write about cars because of the cars that I like. 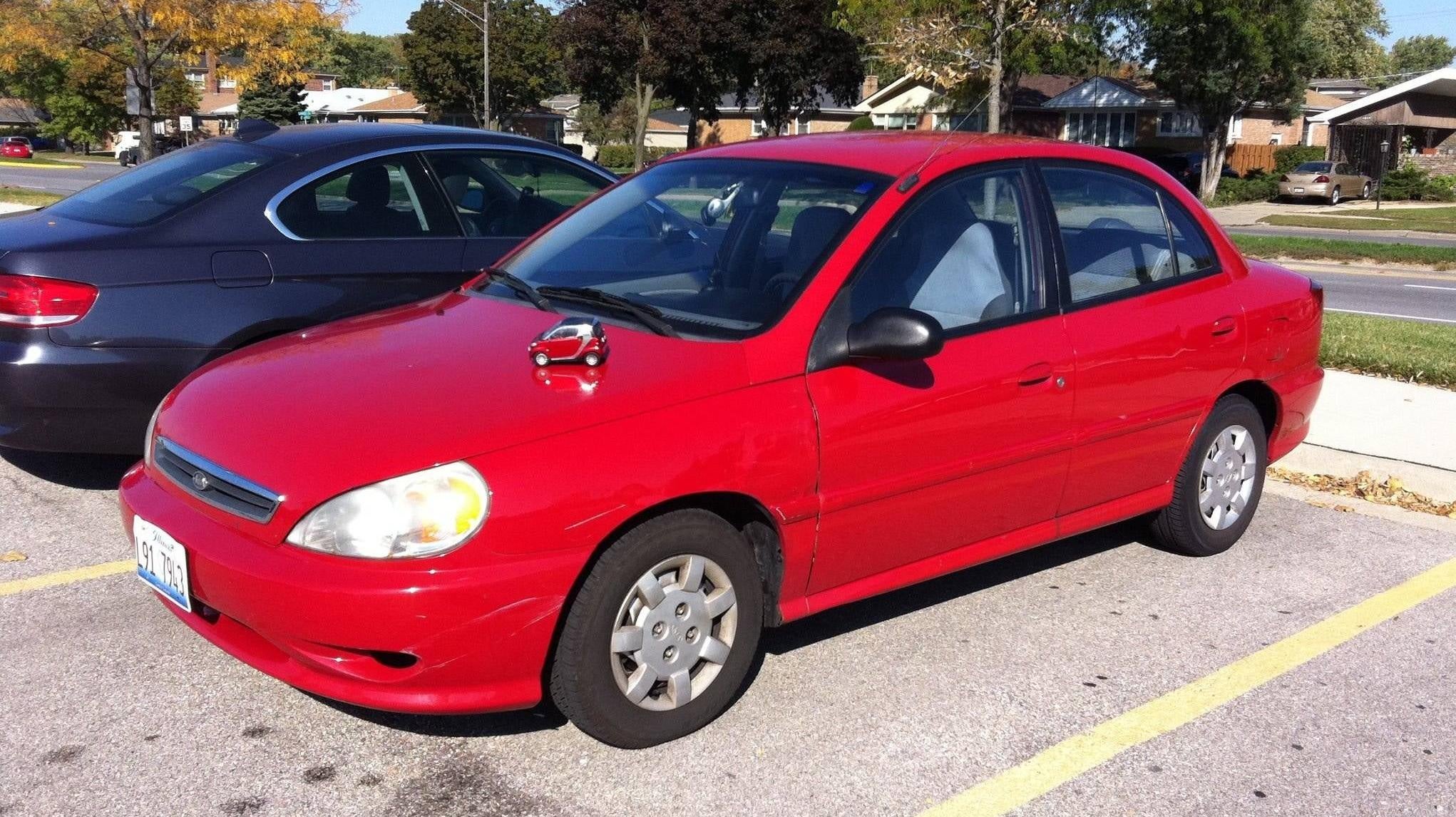 Frankly, that’s insane. Do you know how boring it would be if everyone loved the same cars? Variety is part of what makes car enthusiasm so awesome. To Newbalanceextrawide’s point, you also don’t need to know how to overhaul an engine in a day to love a car. Maybe you just love the way cars look or sound, but don’t know how to wrench. That’s fine, too! Love that Nissan Murano CrossCabriolet at the top? You’re good in my book.

Cars are for everyone, and you can love a car for any reason you want. So long as these pages stay online, it’s something that we’ll always push.

Mercedes is a lifelong fan of all things powered by an engine. When she isn't driving one of her five Smart Fortwos or her 14 other vehicles she could be found in the cockpit of a Cessna 172 or perhaps swimming in any body of water that she could find. She also has a deep love for buses of all kinds. Please send her buses. mercedes@theautopian.com Instagram: @mistymotors Twitter: @Miss_Mercedes30 Facebook.com/neonspinnazz
Read All My Posts »
PrevPreviousThis ‘Robotic’ Electric Motorcycle Promises 134 HP And 249 Miles Of Range
NextThe Man Who Designed The Reliant Scimitar GTE, The Bond Bug, And Luke Skywalker’s Landspeeder Has DiedNext