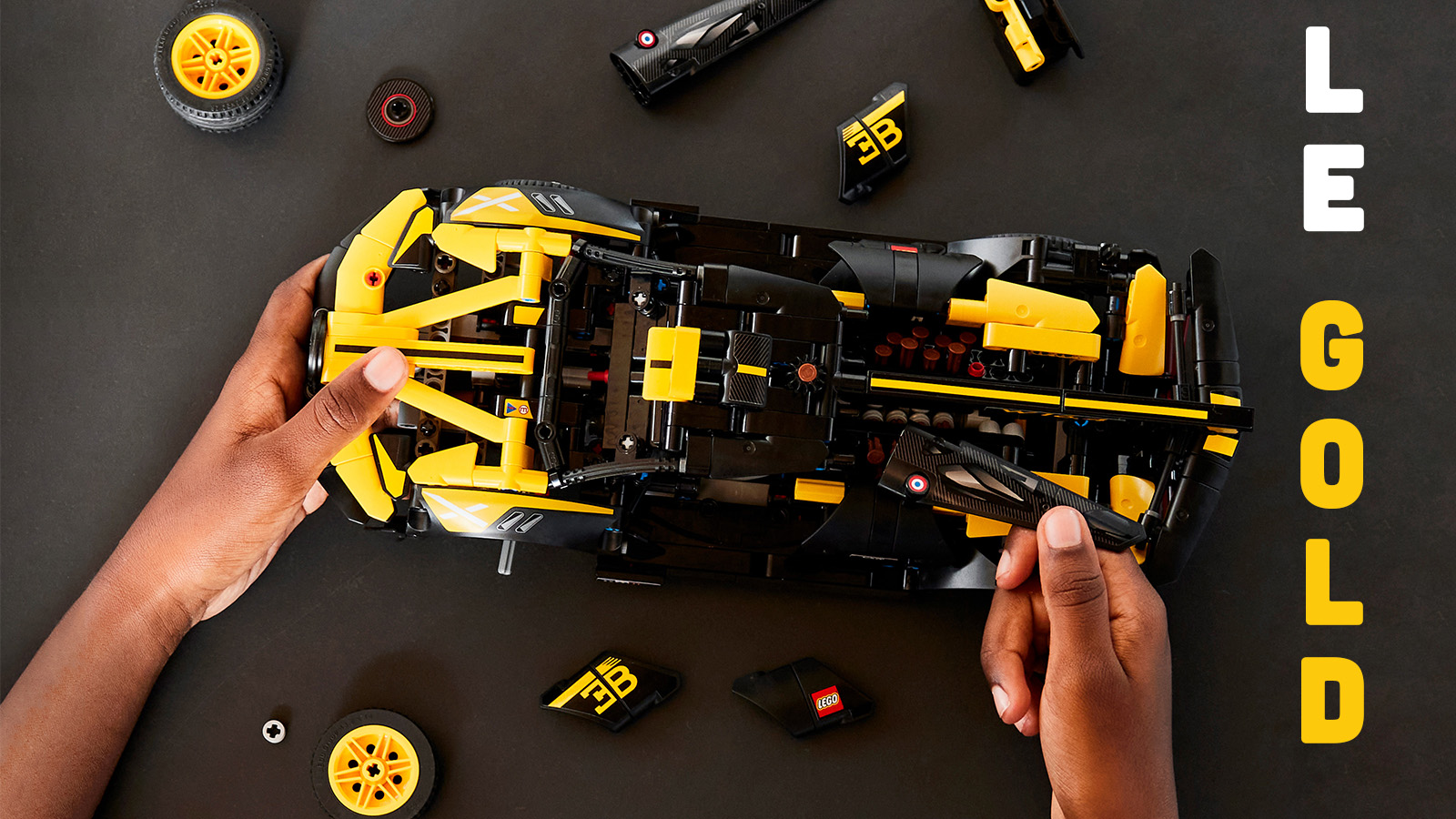 If you’re a kid who can’t wait for their license or an adult who bleeds Octan, the announcement of a new Lego car set is a big deal. Even if you don’t buy everything, it’s just fun to look at and imagine (and then buy). The Danish brickmaker has gone hard into the car market this year with what looks like the best spread of new car models I can ever remember seeing.

Now that I have a kid who is old enough to join bricks together and read the instructions, the temptation is growing to buy every new Lego set. Here’s everything I’ve seen announced recently.

The headlights alone seem worth the $119.99 price of admission. With 1,466 pieces, this Technic model includes a moving V6, independent suspension, front-axle steering, and even a working diff. At 1:12 scale, the model is 15 inches long, so it’s definitely something to put on its own special shelf. We’re obviously big Ford GT fans around here, so this one had to go up top. It will be available in March.

We’re in pure dreamland now, which is exactly where to be when talking about Lego. Bugatti just announced they’ve teamed up with the company to create a Technic version of the company’s limited-run, track-only hypercar. This one’s a little smaller than the Ford GT at 12 inches long and 905 pieces in total, but it’s also only $49.99 and for sale now.

Another Technic, the Camaro ZL1 next-gen NASCAR stock car is 672 pieces and 11 inches long. It’s also as ‘Murican as they come. The trick to this is to pretend like you’re at Le Mans with this one. The Camaro will cost $49.99 when it goes on sale in March.

There isn’t a ton of love for “2 Fast, 2 Furious” as it’s a weird side excursion in the Fast & Furious franchise that leaves behind most of the crew. I find the film enjoyable and you get Ludacris and Tyrese, so what else do you want? Obviously, you want a brick version of the R34 Nissan GT-R that Brian drove. It’s even RHD! this is a smaller kit with 319 pieces that only costs $24.99, but is currently sold out at Lego.com. Do the Eclipse next!

For the tifosi who feel left out, you can enjoy this 261-piece Ferrari 812 Competizione for $24.99 when it goes on sale in March. If you don’t want to fork over the $25, it looks rather similar to the Toyota GR Supra and you can just draw on the stickers.

If you’re interested in a 2-for-1 kinda deal, McLaren and Lego teamed up to make a two-car kit that includes a version of the McLaren Solus track car and the glorious original McLaren F1 LM. It’s 581 pieces and $34.99, with a release date of early March. The best part? Those beautiful McLaren F1 five-spoke wheels and taillights. This thing rules.

It’ll surprise absolutely no one around here that I’m excited about this year’s Le Mans 24 and I’m looking forward to Porsche returning to the top class with the 963. The Lego version is 280 bricks and, like the other single car sets, $24.99 with an early March release date. You even get a little driver who I assume is Dane Cameron.

You’re probably getting tired of me saying $24.99 and coming in March, but this is also true for the Pagani Utopia. This is the strangest car from the recent announcements and also has one of the most unique pieces. Just look at that canopy! While it works quite well here as the cockpit cover for the Lego Pagani, I actually think you’d get a lot of mileage out of it in a submarine or futuristic spacecraft.

These are all awesome sets. Has anyone purchased any of these yet? Any plans to do so?

Howdy! I'm the Publisher of The Autopian which means I'm to blame for at least a small part of this. I used to run another car site and then made movies and TV shows. Now I'm here to convince you to buy a Peugeot.
Read All My Posts »
PrevPreviousThe Mystery Of The Oldsmobile Toronado Airstream Camper Has Been Solved
NextThe Holy Grail Of Smart Cars Is This Street-Legal Concept Car And It’s For Sale Right NowNext