Hello Autopians and welcome to the first edition of Ask an Engineer. Last week I introduced myself along with the idea for this “Ask an Engineer” column and asked you to send in your car questions. And wow! You did not disappoint! I’m still trying to put the pieces of my inbox back together after you all blew it up. Today I will start to answer some of your question, so keep them coming!

A common theme that ran through quite a few emails was: “Is there a difference between the suspensions for an EV and an internal combustion engine (ICE) car?” As you might expect, the answer is “Yes, and No.” Due to the differences in performance and size between an electric motor and an ICE, EV’s present unique challenges but also provide unique opportunities for a chassis engineer.

The Steering Implications Of Ditching The Internal Combustion Engine

Since electric motors are so much smaller than ICEs, there is far more space in a vehicle where the ICE used to be. This space can now be used to package a front trunk or electronic modules that EVs need, but it can also be used to package suspension components in ways not possible before. In particular, the steering gear can now be placed where it is most advantageous, which in most cases is in front of the wheel center. Previously, the engine oil pan dictated where the steering gear could go and for front wheel drive cars with the engine placed sideways (or east/west) this meant that the steering gear was almost always behind the wheel center.

Putting the steering gear in front of the wheel center has advantages for steering feel and handling (I’ll talk more about that in a future blog — it’s worth mentioning that rear/mid-engine ICE sports cars like the Ford GT and Porsche 911 have racks mounted ahead of their wheel center lines) so this is a clear advantage of EVs. A good example of this is Volkswagen’s new MEB platform which underpins the ID.3, ID.4, ID.6 and the upcoming replacement for the iconic VW bus (see above). While the previous VW MQB platform placed the steering gear behind the axle centerline (see below), the new MEB platform places it in front. VW clearly saw the advantages of a front placement of the steering gear and took full advantage of the package opportunity provided by the electric motor.

Electric motors open up space higher up in the engine compartment as well and could allow for a double wishbone front suspension — which is what Tesla uses — since there are no valve covers or cylinder heads to get in the way. On the other hand, electric motors are larger than a differential so there is generally less space available in the rear of EVs. This can make packaging all the necessary rear suspension parts more challenging in an EV that has a rear motor.

Of course electric motors also have their challenges. One issue we ran into during the development of one of the high powered EV’s I was involved with came as a complete surprise to all of us. We noticed during our testing that the nuts holding the CV joints to the rear suspension kept coming loose. No matter how hard we tightened them, they would still come loose. After a lot of work we discovered that the axle nuts were coming loose due to the high torque reversals happening when going from “throttle” on to “throttle” off. Since EVs use regeneration to recharge the battery during braking and deceleration, there are large reversals in drive torque on the “throttle” vs off the “throttle.” No ICE would ever produce such high reversals of torque so frequently. Our solution was to use a special type of lock washer made by Nord-Lock under the CV joint nut. These washers have a unique design that causes the nut removal torque to be significantly higher than the installation torque. Problem solved!

For the most part though, the suspension for an EV can be very similar to an ICE suspension. The same things are important: ride, handling, comfort, and those are not dependent on the type of motor that is used. You will notice that the suspension systems in EVs look a lot like those in ICE cars with one exception.

Death Of The Live Axle? 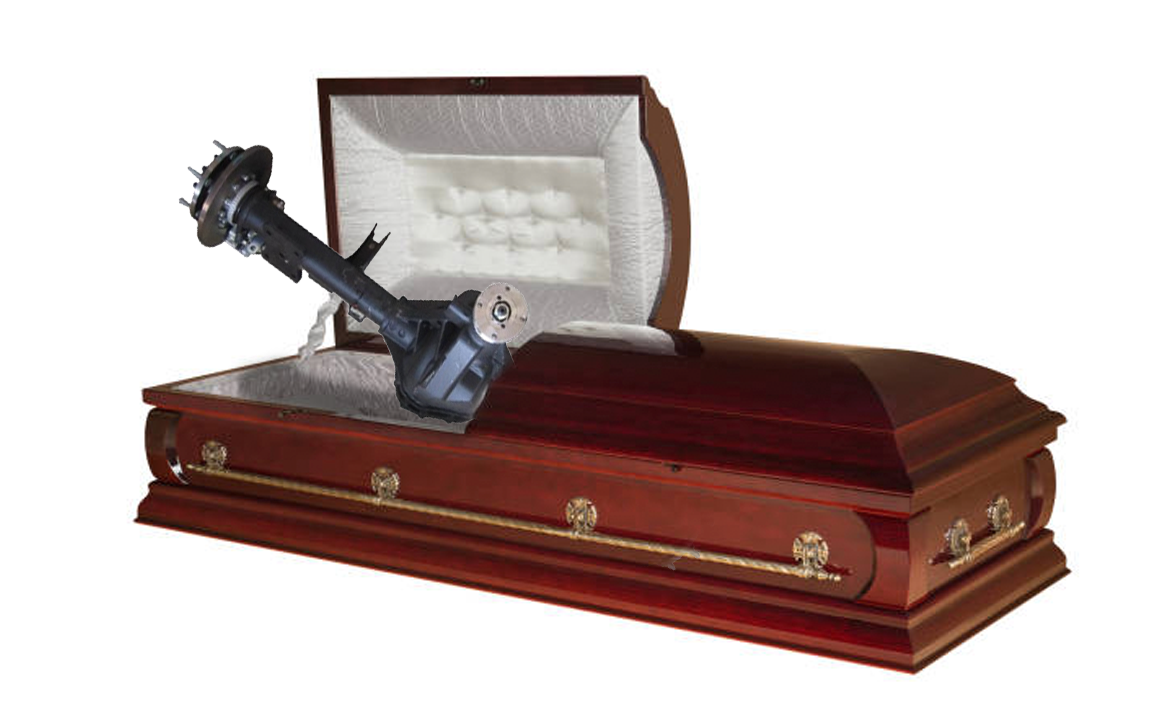 You may have noticed that there are no EV’s at the moment with live axles. This may change in the future, but there are very good reasons why live axles are not ideal for EV’s.

The first is that live axles need a drive shaft that moves up and down with the suspension. Unfortunately, this driveshaft runs down the middle of the car in the same place where it would be ideal to package batteries.

I don’t think we will see many companies building EV’s with live axles unless they are desperate to get into the EV market with an existing product and they just don’t want to spend the money on a new suspension. I highly doubt the resulting product will be as competitive as it could be.

I have been an automotive engineer for all 31 years of my career, mostly leading chassis design work. Some fun suspension projects I led: The 2005 Ford GT and 2012 Tesla Model S.
Read All My Posts »
PrevPreviousHow I Would Design An Electric Version Of A Classic American Wagon: A Car Designer Sketches Your Ideas
NextWe Made It Through The First Week! How Can We Improve?Next