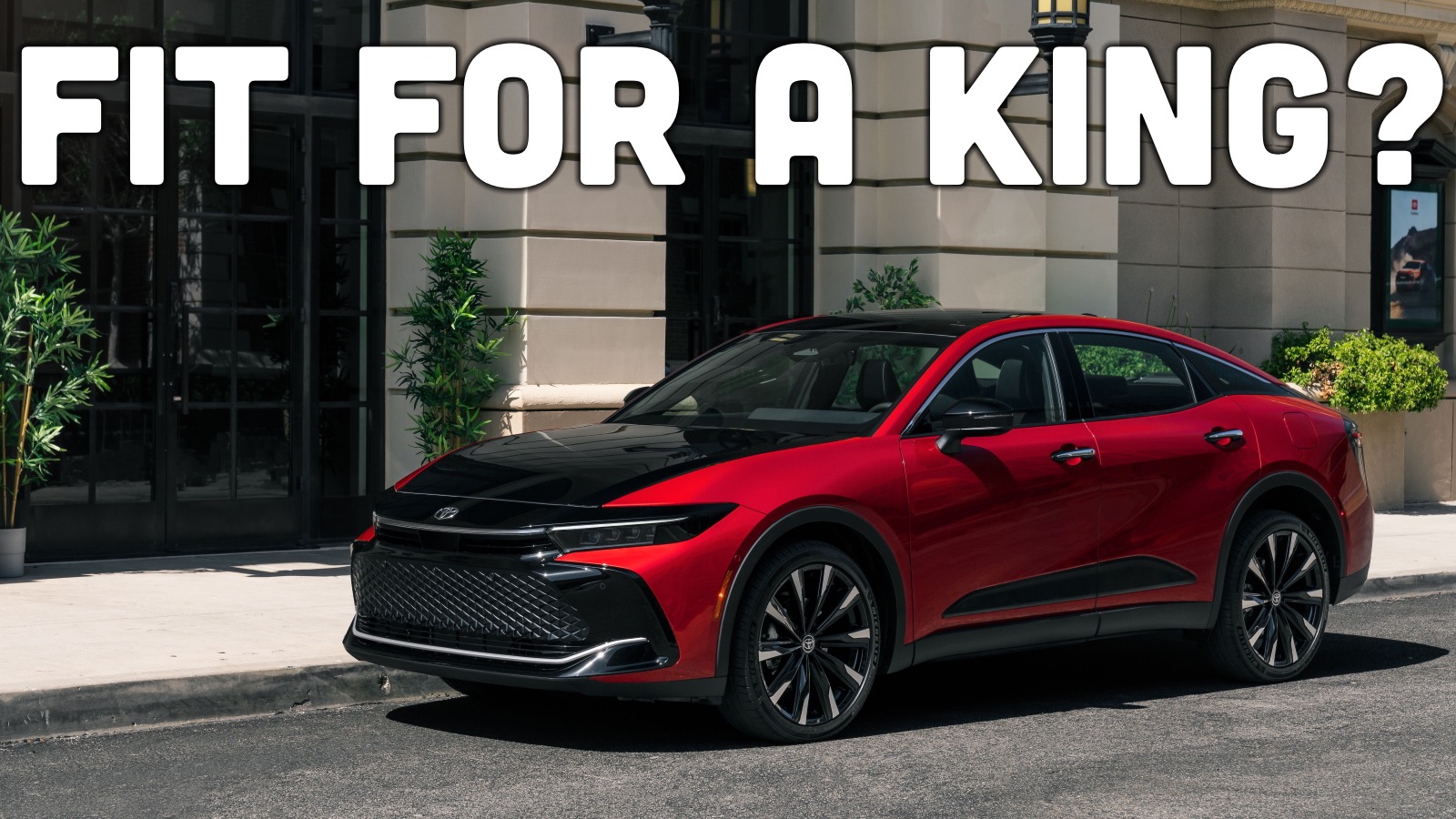 Fifty years ago, Toyota pulled a historically significant car out of the U.S. market. The Toyopet Crown was the first mass-produced Japanese car to hit American shores, paving the way for the Toyota that we know today. Now, it’s back, and it’s bringing some sleek looks and healthy power with it.

(Full Disclosure: Toyota invited me to Austin, Texas to attend the Toyota Crown’s reveal. The company paid for my travel and a night in a swanky resort.)

I know a lot of you are excited right now, because the Crown has long been a piece of forbidden fruit for Americans. First arriving in America in 1958, the Crown stuck around until only 1972. In its 15 generations its has grown from a harsh car built for unimproved roads to an understated luxury cruiser that JDM fans love to import to the country. Even I have been drawn in by the Crown and have featured some a number of times in my stories of car importation and in my car finding column.

But this new Crown might be a bit different than what you’re expecting. Rumors said that this car would be a hybrid SUV, but it really seems to more bridge the gap between a sedan and an SUV. Toyota calls the Crown a full-size sedan, but notes that it sits high like a crossover for ingress and egress. The automaker doesn’t say what the ground clearance is, but notes that the vehicle’s overall height is 60.6 inches compared to a Camry’s 56.9 inches. The idea here is that occupants can slide in an out with ease, something that I confirmed with my own butt. And that’s part of why it looks like this: 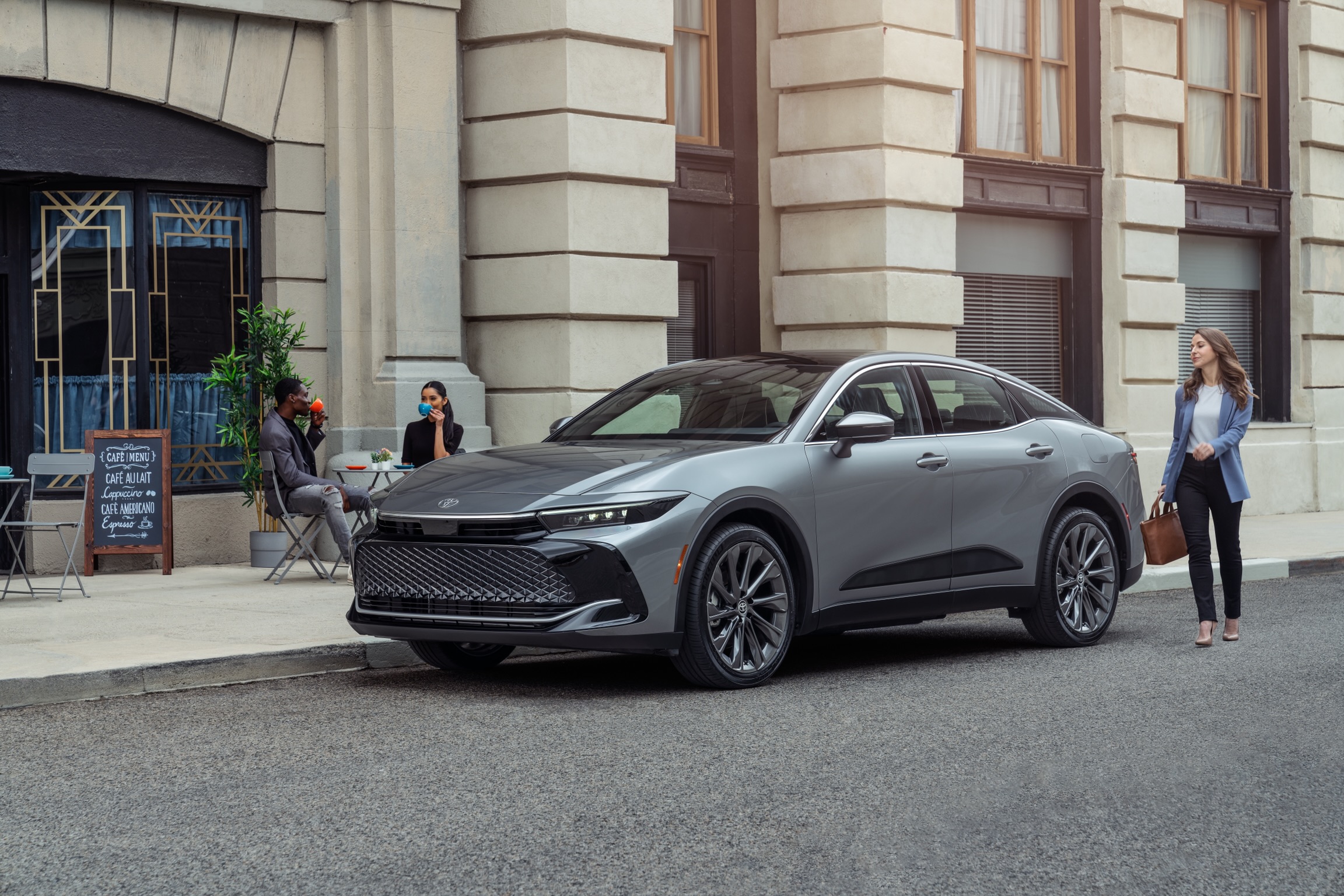 Now this is something that you might not lose in a parking lot.

I especially dig the taillights. They’re just a thin red band that covers the full width of the rear. At least to my eyes they’re simple and elegant. 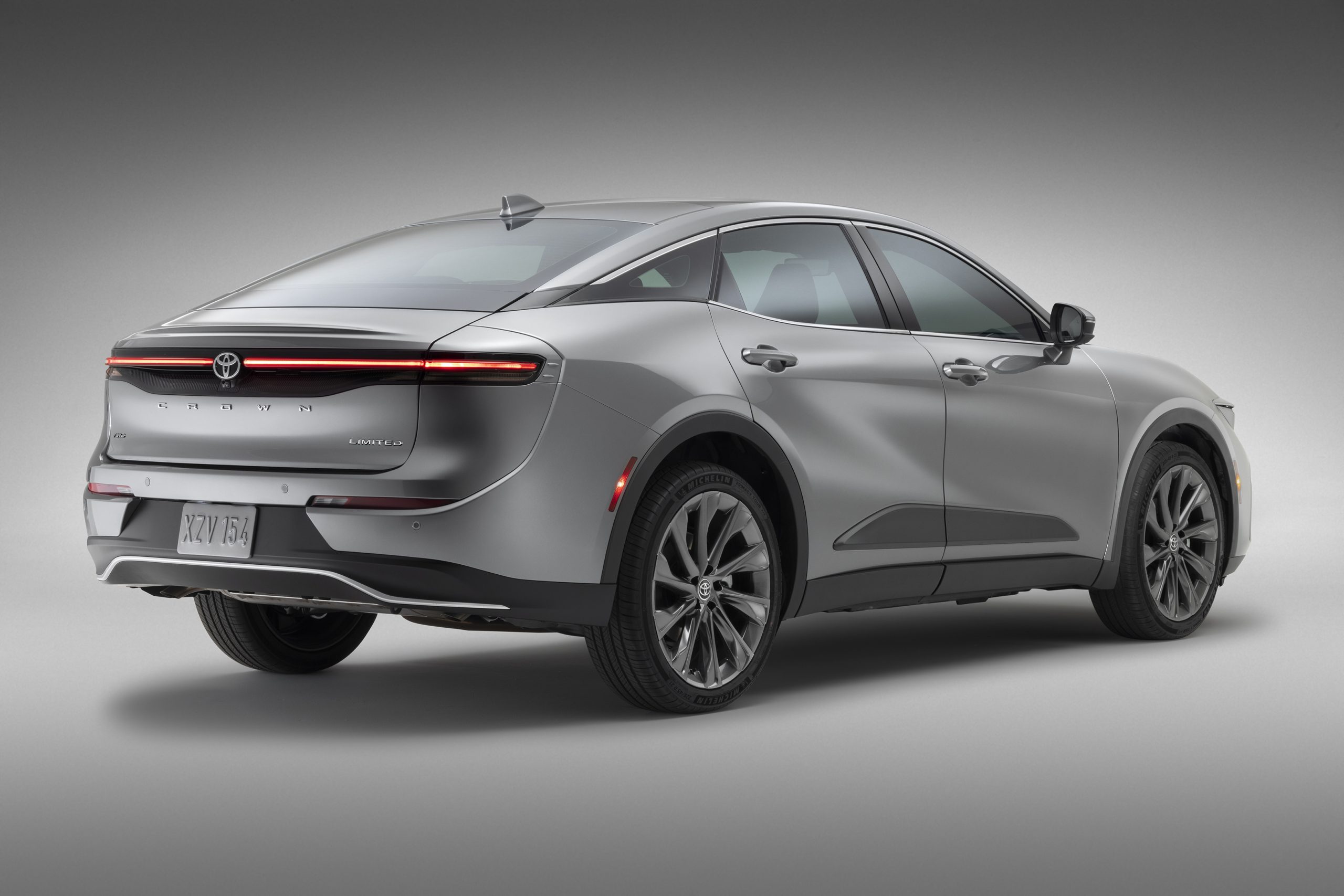 The Crown in its Platinum trim (we’ll get to that in a bit) has some funky color choices going on.

This is a car that is shocking at first, but with time seeing it in the flesh I began to really like it. Check it out!

That black hood is accompanied with a black trunk. Platinum cars do get a choice of colors, but they all have the black hood and trunk.

This is also where I’ll point out something that I’m sure that Crown fans already noticed. While JDM Crowns get their own crown emblem, this one does not. 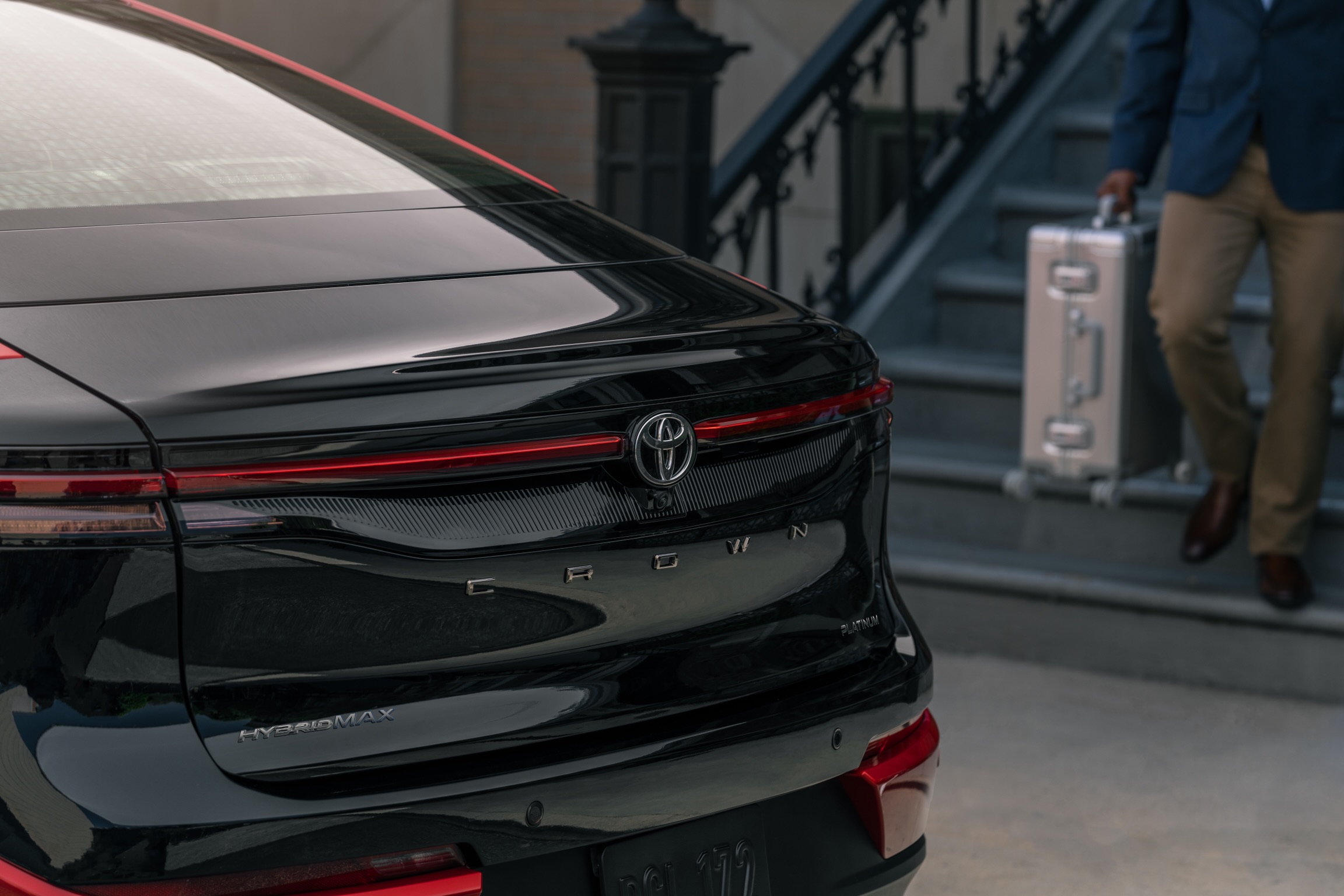 In front, in back, and inside are just regular Toyota badges. At least to me it was just a little disappointing.

Speaking of that interior, it’s pretty well-appointed. The Crown comes standard with heated front seats. Step up to the Premium and Platinum trims and those seats gain ventilation. Also in those two trims are heated rear seats. 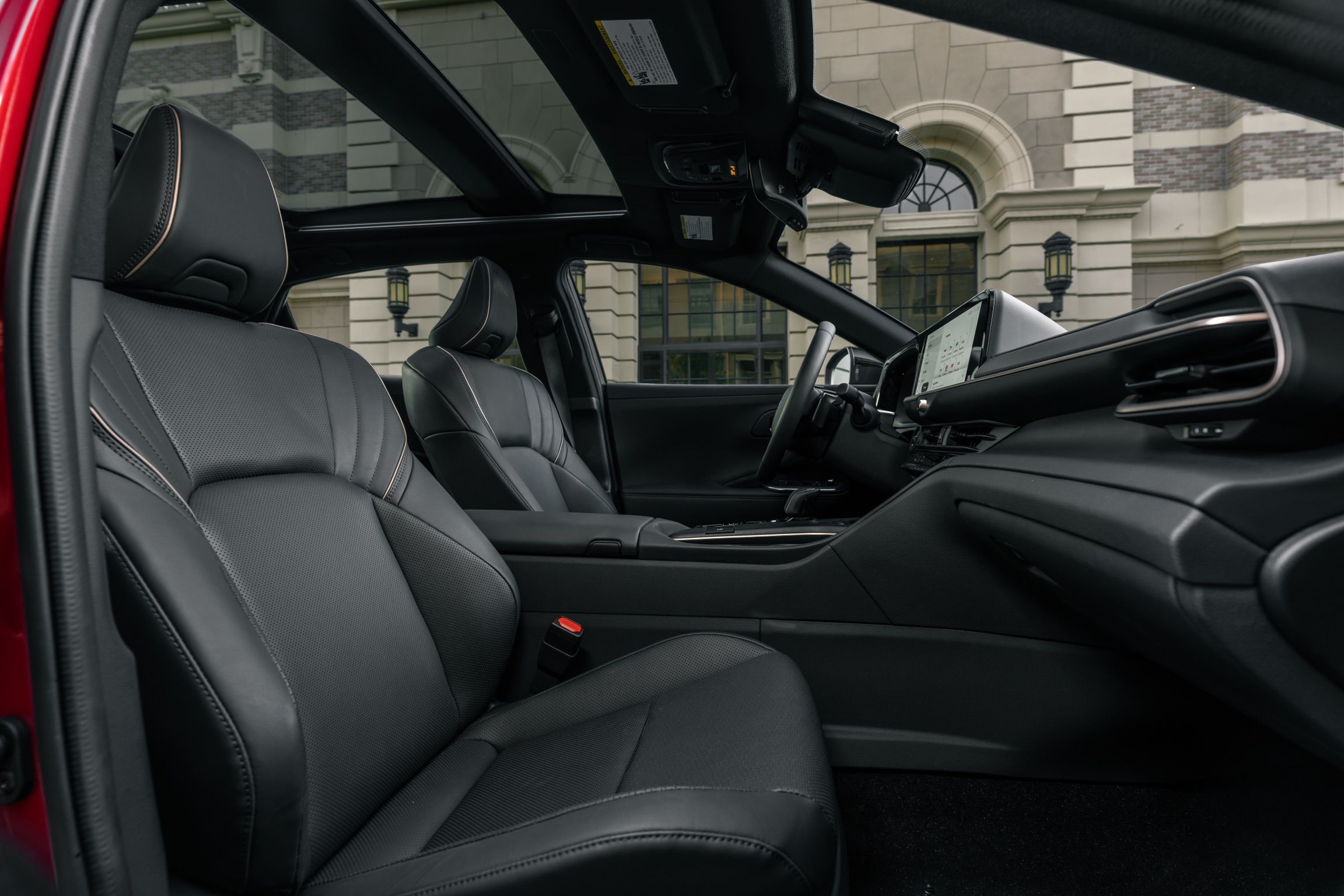 In the base XLE trim the seats are a mix of cloth and synthetic leather, while the Limited and Platinum get real leather. Toyota says that this interior is supposed to be a sanctuary of sorts. There’s sound deadening all over the vehicle from the headliner and floor to the engine bay. You also get acoustic glass. 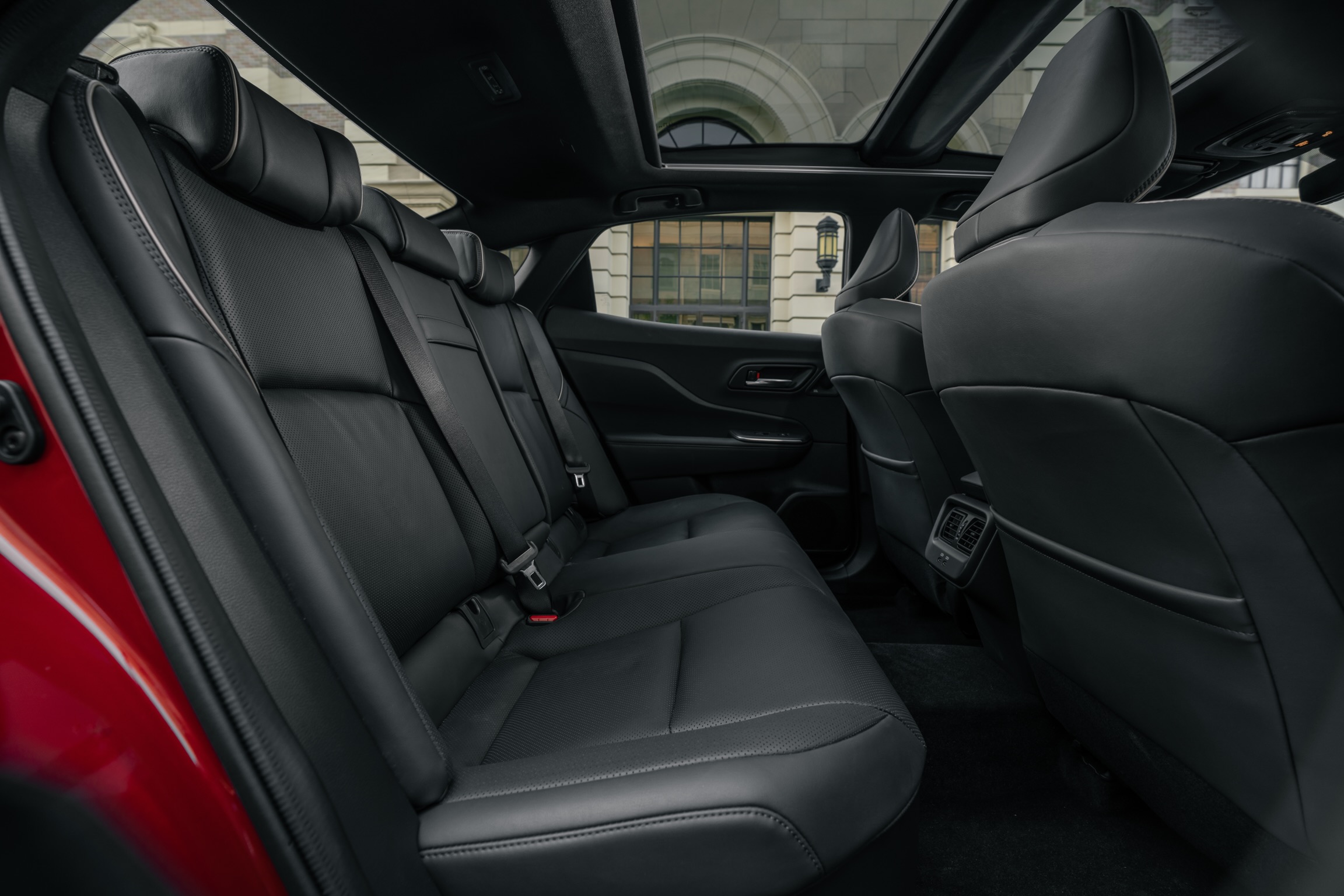 No matter which Crown trim you choose you’re getting a hybrid powertrain. The Crown rides on the Toyota New Global Architecture K (TNGA-K), a platform that underpins cars like the Avalon, Camry, RAV4, Highlander, and more. This differs from the TNGA-L platform that you’ll find under the JDM Crown, Lexus LC, and Lexus LS. That said, this car will also be sold in Japan!

What you get here is a setup that is generally front-biased. In the XLE and Limited, the car is driven by a 2.5-liter four paired to the fourth-generation Toyota Hybrid System. This consists of its front electric motor that assists the gas engine and can drive the vehicle on its own slowly, for a short distance. Toyota hasn’t released the power numbers for the engine, motor, or the total output.

Step up to the Platinum and your engine becomes a 2.4-liter turbo four designed to hit peak torque between 2,000 and 3,000 RPM. 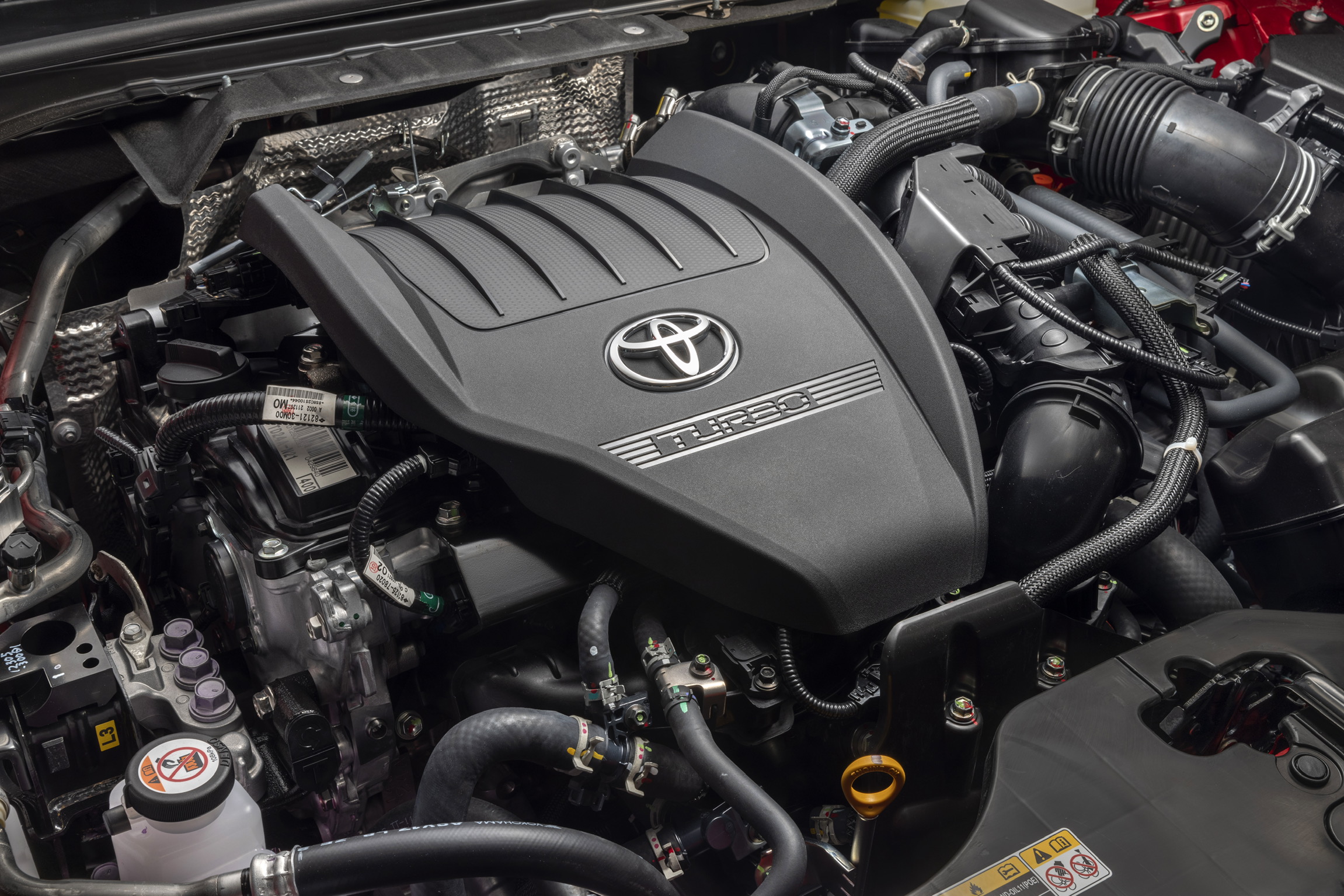 This comes paired to what Toyota calls its HYBRID MAX system, which the electric motor in this case is said to help maximize torque. Once again, we’re not getting the specs on the motor or the engine.

No matter which Crown you get, it will come with AWD. In the XLE and Limited, you get an electric motor attached to the rear axle for what Toyota calls E-Four AWD. Toyota’s idea here is AWD without a transfer case or driveshaft. Under normal operation, the car sends all power to the front wheels. However, if necessary, the power can be split 20:80. XLE and Limited pair their powertrains with an eCVT.

In the Platinum, you get E-Four Advanced AWD, which is the same setup, but now the rear motor is doing something all of the time. The power split is between 70:30 and 20:80. That rear motor is water-cooled and once again, we don’t get tech specs on it. However, Toyota does say that the Platinum makes 340 horsepower total. That equates to a zero to 60 mph time of 5.9 seconds. Power gets to the road with help from a six-speed automatic.

In regard to suspension, XLEs and Limiteds get MacPherson-style struts and multi-link rear. The Platinum gets variable oil pressure shock absorbers and active dampers. Toyota says that the Platinum’s setup is supposed to soak up bumps while limiting pitch changes.

For technology, all Crowns get a 12.3-inch digital instrument cluster and a 12.3-inch infotainment display. 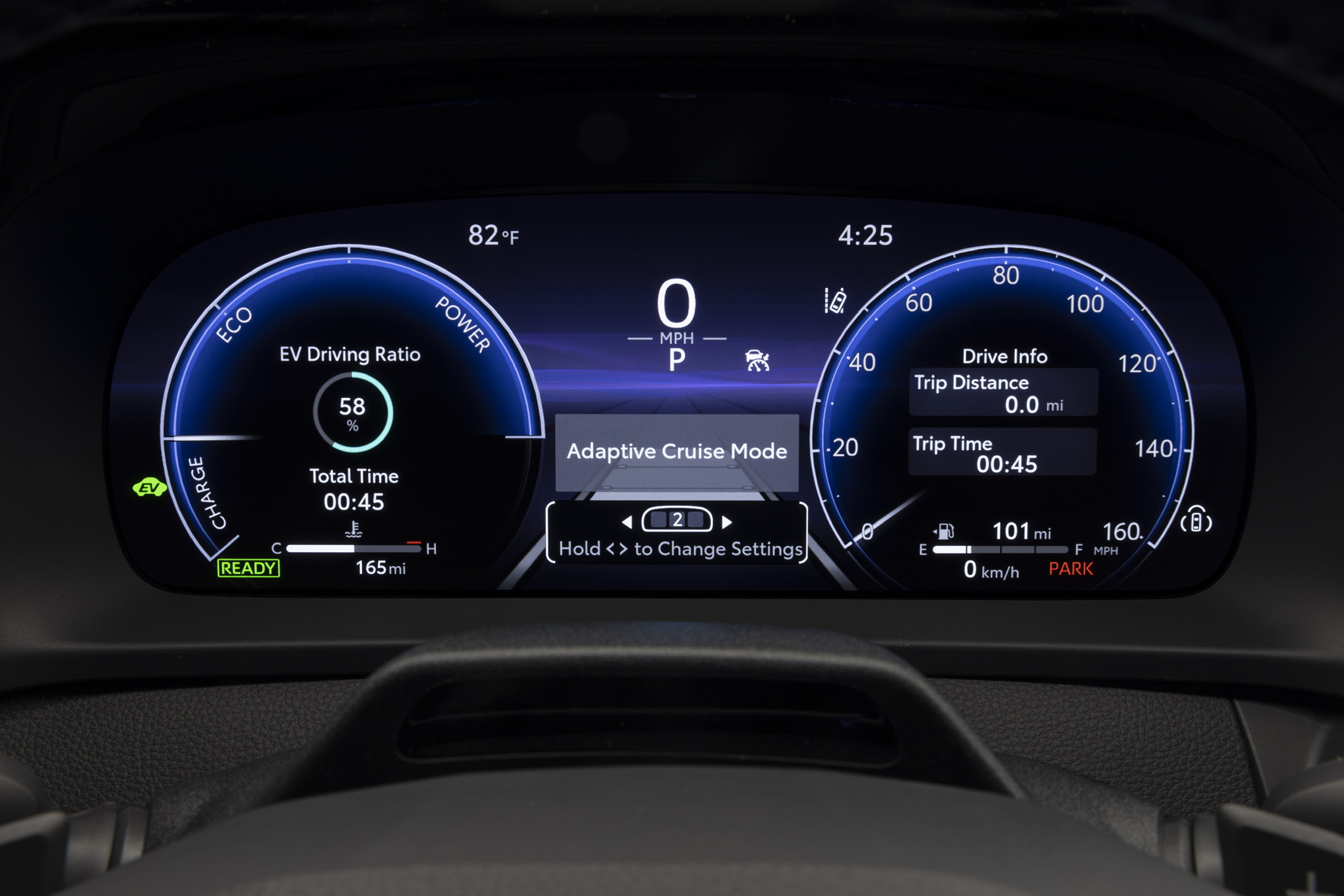 In the XLE, the infotainment drives 6 speakers, while Limited and Platinum get a JBL system with 11 speakers. The technology here is nothing earth-shattering. You can get features like a 360-degree camera, automatic parking, radar-based adaptive cruise control, app-based door entry, and of course Apple CarPlay and Android Auto. 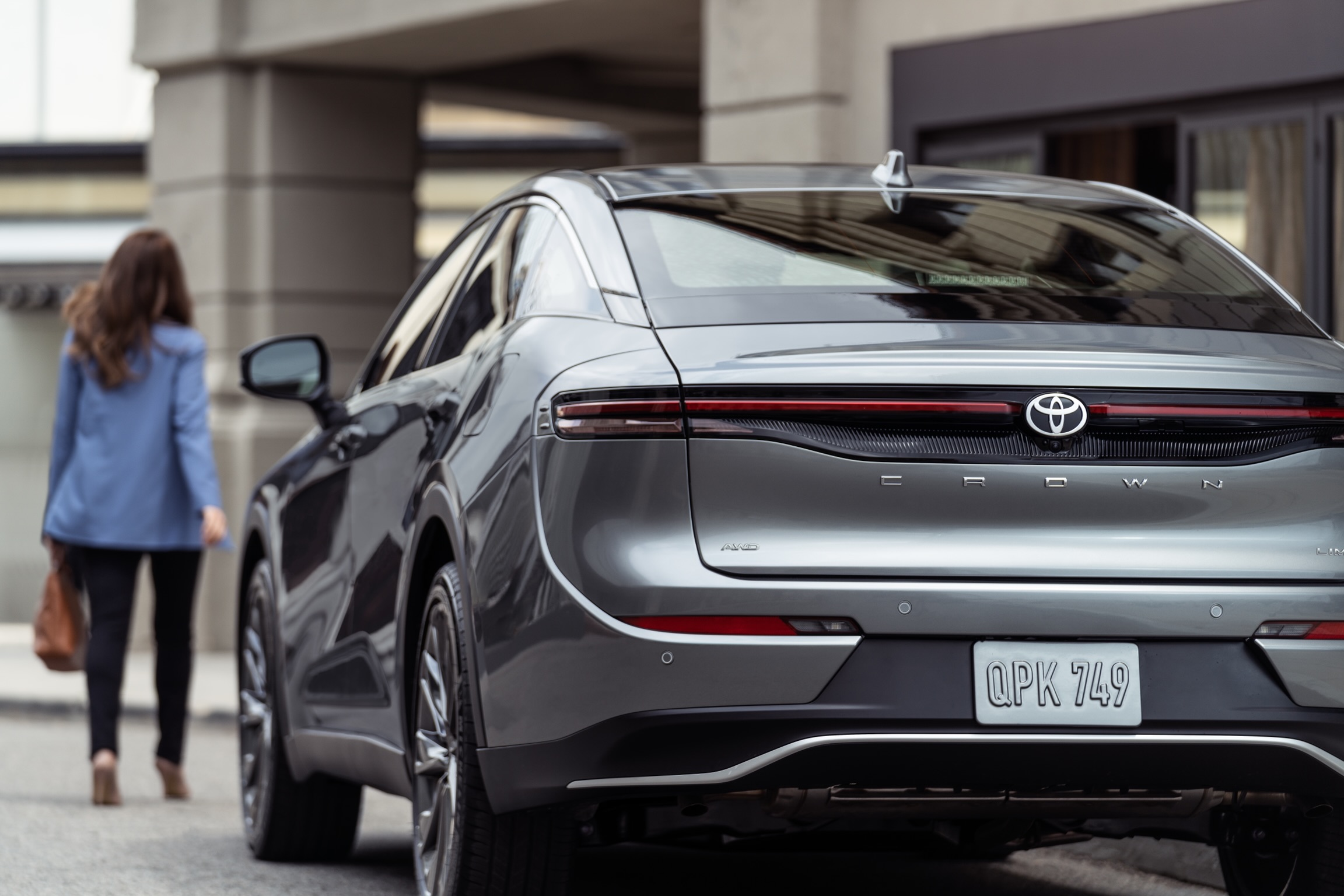 The part that still blows my mind about this car is that it’s a lifted sedan and unapologetic about it. Maybe I’m weird, but I think that’s pretty neat. Give it some all-terrain tires and I bet this would be a ball off-road. Sadly, Toyota says forget about an off-road version.

In all, the new Crown is less the understated luxury cruiser that JDM fans know the old ones to be, and more of an experiment. It’s odd while still being a Toyota at heart. Toyota says that this isn’t replacing the departed Avalon, but I see a similar customer base, here.

(All photo credits to Toyota unless otherwise noted.)

Mercedes is a lifelong fan of all things powered by an engine. When she isn't driving one of her five Smart Fortwos or her 14 other vehicles she could be found in the cockpit of a Cessna 172 or perhaps swimming in any body of water that she could find. She also has a deep love for buses of all kinds. Please send her buses. mercedes@theautopian.com Instagram: @mistymotors Twitter: @Miss_Mercedes30 Facebook.com/neonspinnazz
Read All My Posts »
PrevPreviousHere Are All The Details On The Hyundai Ioniq 6 That Weren’t Available When It Leaked Last Month
NextThe Hyundai RN22E Is A Track-Focused Hyundai Ioniq 6 Meant To Show How The Upcoming Hyundai Ioniq 5 N Hatchback Will Conquer Racing’s Archnemesis: WeightNext