Rugged-looking crossovers are all the rage these days, and Volkswagen’s dipping its finger into the fountain. Say hello to the ID.XTREME Concept, which feels like the first Volkswagen named after a Chevrolet. Hey, maybe Volkswagen didn’t Google “Chevrolet S-10 Xtreme” or “Chevrolet Colorado Xtreme,” or maybe the company just thought everyone forgot about street trucks. Whatever the case, this concept variant of the ID.4 shares a name with the truck every Papa Roach-bumping teenager wanted in high school.

Just like the S-10 Xtreme’s fashionable street truck look of the early 2000s, the ID.XTREME Concept adopts a popular aftermarket trend, safari-style builds. Volkswagen took an ID.4 development car, jacked it up, threw on some knobby tires and other accouterments, and incorporated a few really innovative ideas. 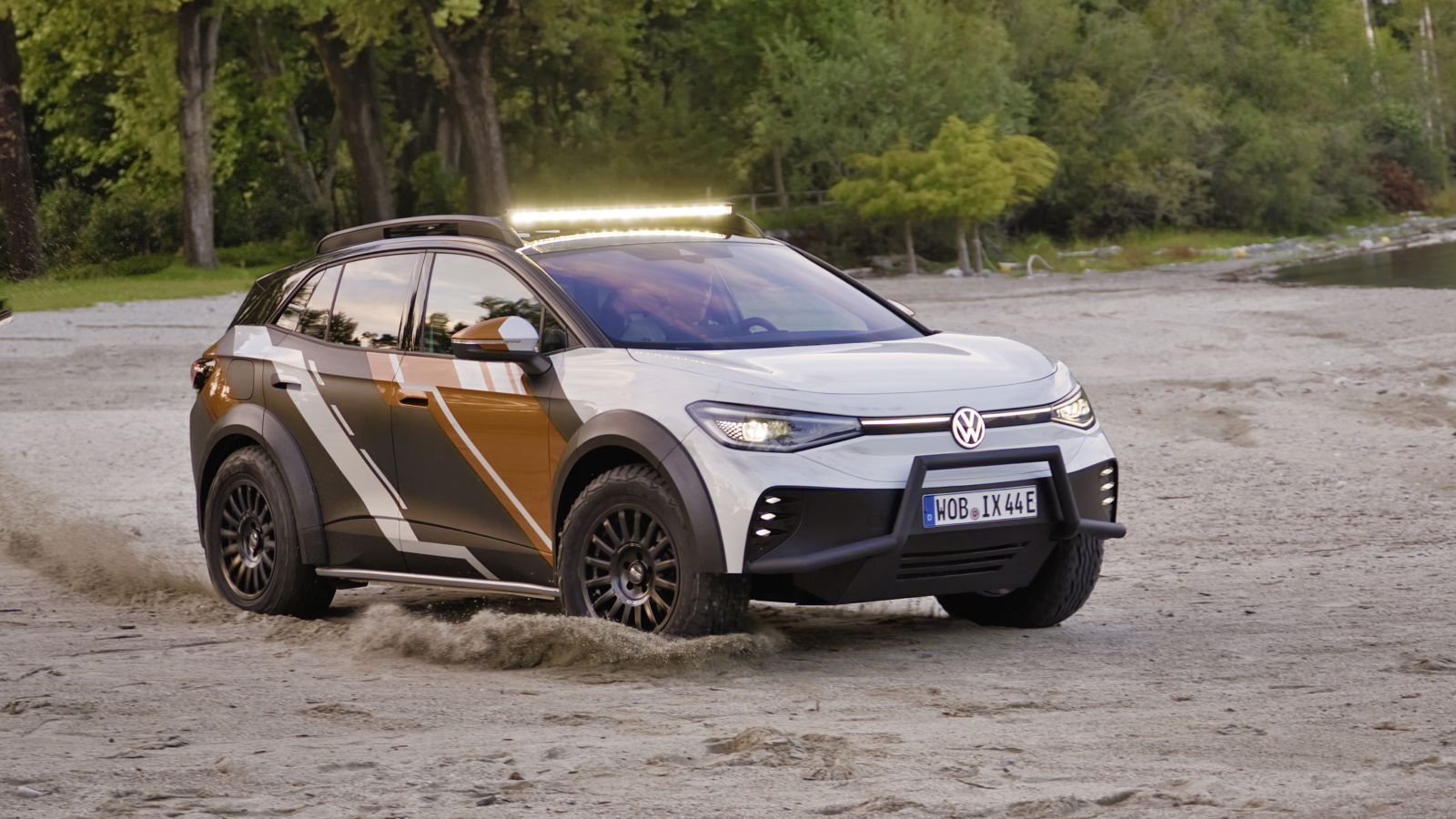 Let’s start with the powertrain. Volkswagen swapped in a new rear motor and fiddled with the motor controller to take the ID.XTREME Concept from a stock 295 horsepower to a remarkably stout 382. More importantly, the extra power is all at the back, which should give the ID.XTREME Concept a fairly rear-biased feel. It’s also interesting that motor swaps may still be part of tuning culture’s electric future, so long as the controller can be made to play nice.

As for looks, the ID.XTREME Concept is quite handsome in a rugged sort of way. Let’s start at the front, where the lower fascia has been entirely re-worked to accommodate a stinger bar and a massive skid plate. The skid plate goes where the ID.4’s grille would normally go, so Volkswagen has cut slots in the skid plate to keep the batteries cool while guarding precious heat exchangers. Along the sides, massive 50 mm fender flares are actually 3D printed, a neat example of how additive manufacturing can be used not only in the prototyping phase, but also to create cost-effective parts for niche products. It would’ve been really expensive and time-consuming to mold all the flares, so 3D printing really seems like the way to go here. 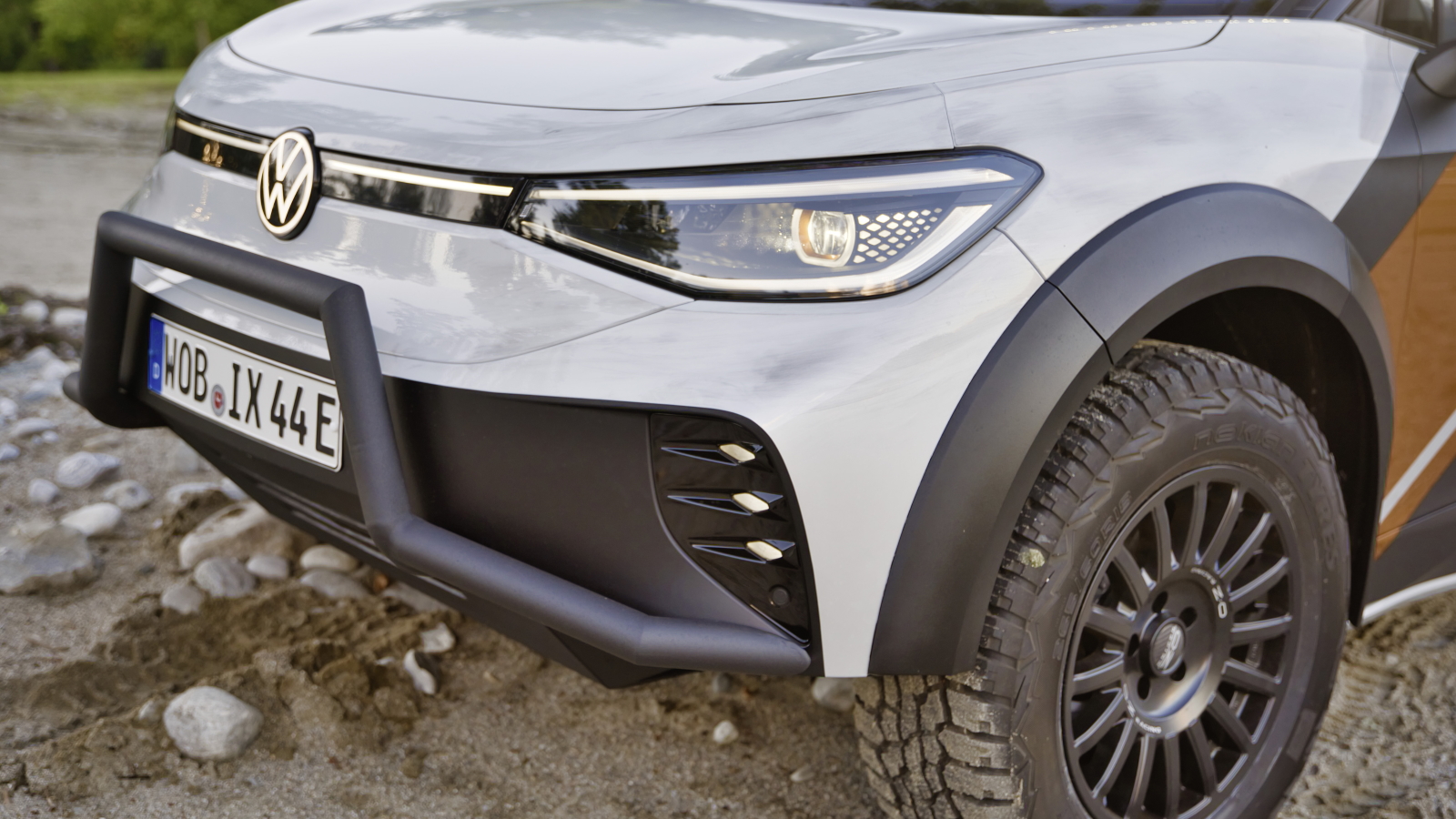 Up top, a chunky roof rack with an integrated light bar looks ready for packing gear and turning night to day, while the OZ multi-spoke wheels wrapped in beefy off-road tires look ready to claw through loose terrain. While there aren’t any locking differentials on tap, full underbody skid plates should armor the battery pack and other underbody components from rocks, tree stumps, and other trail obstacles. Curiously, Volkswagen also tucked a speaker underneath the ID.XTREME Concept. It plays a special propulsion noise on the outside of the ID.XTREME Concept, which seems really strange. One of the big benefits of an electric powertrain in an off-roader is a reduction in noise pollution over a combustion powertrain, so adding some of that noise back for every squirrel, deer, and bird outside the vehicle to hear is a bit odd. [ED note: Not if you’re a deer trying to avoid becoming venison jerky! – MH] 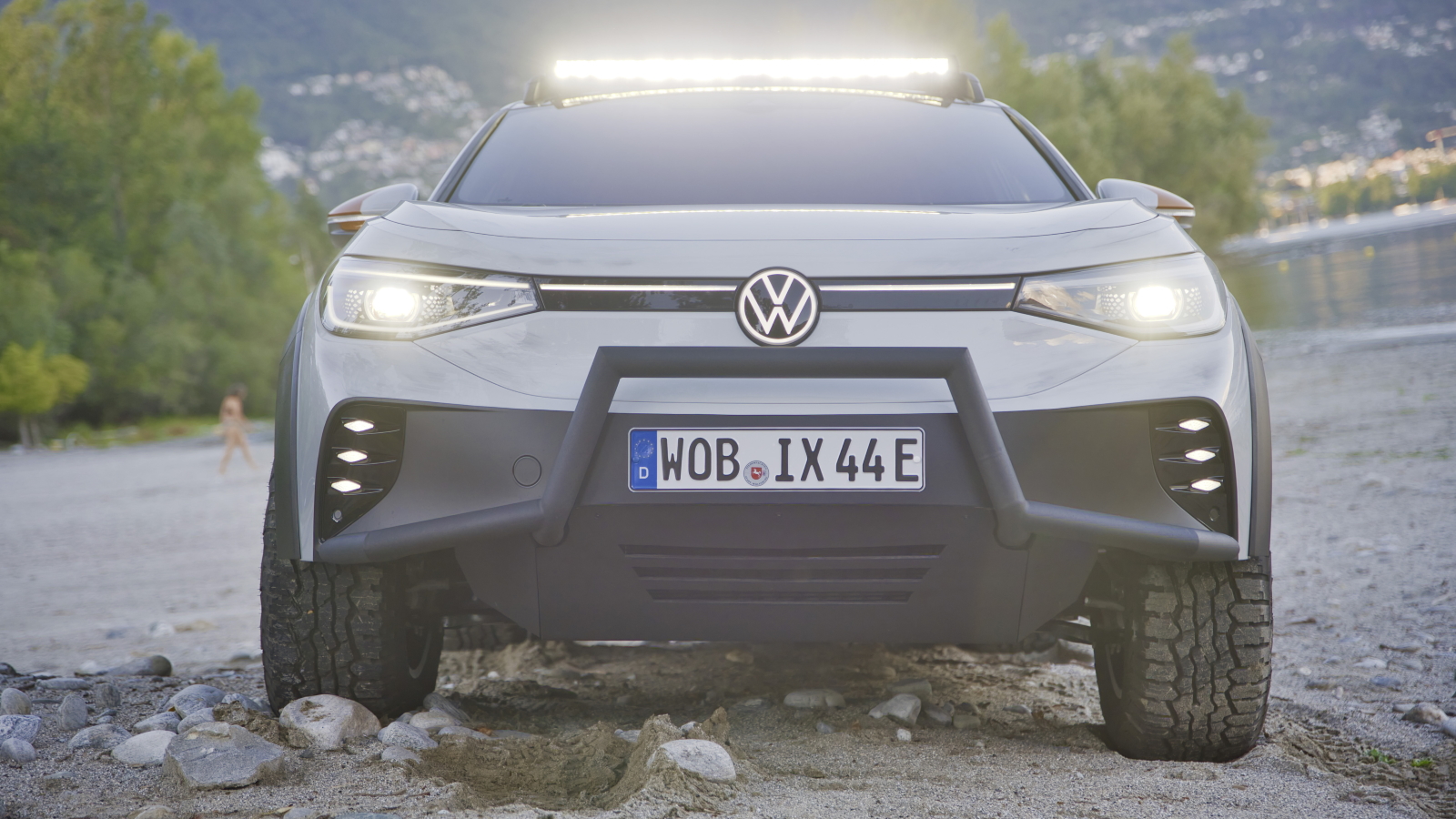 The ID.XTREME Concept makes its first public appearance at ID. Treffen, an electric Volkswagen show that’s bit like the famed Wörthersee event for fans of GTIs and other quick VWs. ID. Treffen runs from September 6 to 10 in Locarno, Switzerland on the shore of Lago Maggiore, just in case you’re in Europe and want to go. In any case, Volkswagen’s done some really interesting stuff with this ID.4-based concept and I’d be curious to see if some technologies like 3D printed parts and synthesized external vehicle sounds make it to production cars in the future.

Thomas is a Nu Rave-blaring, heel-toe downshifting, maple syrup-swilling, chassis-geeking, junkyard parts-hauling, floppy-haired scenester who's been writing about cars since college. His current ride is a 2006 BMW 325i with the six-speed manual gearbox. Instagram: @thomas.hundal Twitter: @thomashundal
Read All My Posts »
PrevPreviousThe Legendary ‘Boaterhome’ Is A Chimera Of Van, Boat, And Concentrated Awesome
NextA Daydreaming Designer Is Forced To Design A Vehicle For A Nation With Enormous MoneyNext