Today’s Taillight: The Dream Of The Ombré/Gradient Taillights

The Scarlet Lighter is the only taillight-subculture bar I can think of that has a Nathaniel Hawthorne theme. Integrating Taillight Culture and Early American fiction isn’t easy, and, to be honest, it all feels kind of forced, like how the beer flight on the menu is called The House of the Seven Brake Lights or how all the wait staff wears big plastic A’s made from red retroreflectors. Really, it’s all pretty stupid. But, I like to go there whenever I’m around Boston because once a month they have a big drunken roundtable where everyone tries to come up with new taillight ideas, or ask the really difficult taillight questions. That’s where I heard about the Ombré Taillights.

Sometimes called Gradient Taillights, these have taken on a near-mythical significance in the taillight community because, as far as anyone has been able to determine, they have never actually appeared on a production vehicle. While the actual design of such lights varies wildly, and many versions can be seen on votives and other ceremonial artifacts, the fundamental qualities of an Ombré Taillight are simple: the colors of the sections of the taillight must blend together in a smooth, unbroken gradient that includes amber, red, and clear. 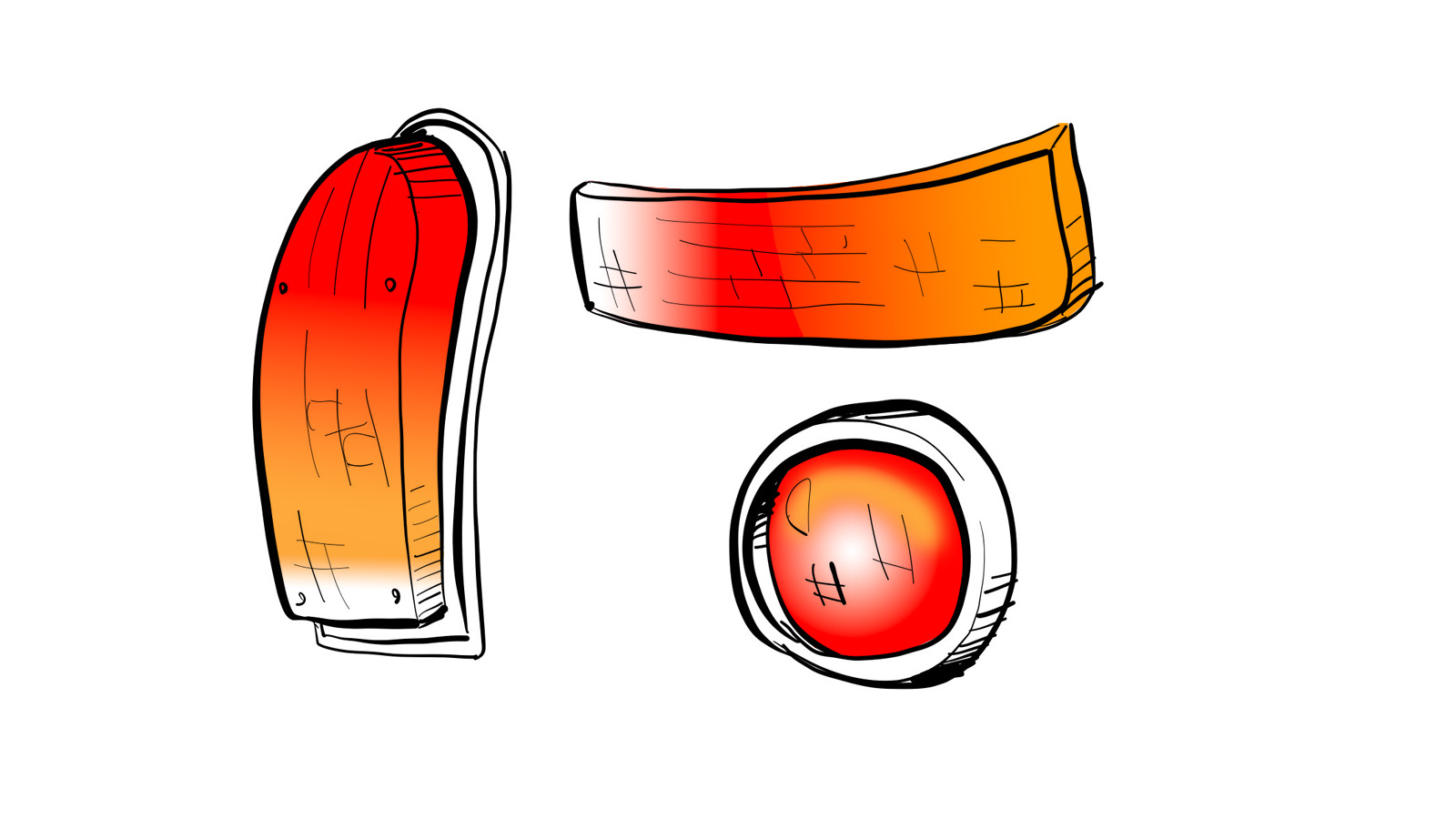 See what I mean there? There’s no hard breaks between the various sections, just smooth transitions from color to color, a result that many in the Taillight Community consider to be the idealized form of the taillight, as the harmony between the multiple colors and the perceived unity despite differences is considered to represent an ideal, utopian world, a world where turns are always signaled, reverse travels are well lit with a pure alabaster light, and the rear of every car is conspicuous and vibrant.

Plastic dyeing technology is capable of producing such an effect; cheap plastic water bottles, for example, have been produced with similar effects for years. The lack of gradient taillights isn’t an engineering issue; we have the technology.

Regulation-wise, as long as certain criteria are met such as light output and each section of the taillight meeting the requirements for visible area (for example, a brake light needs to have 7.8 square inches of illuminated area), then there’s really nothing against regulations about this still-hypothetical design, as what’s between those required sections of lens is not specified.

Has any car, production or otherwise, come close to the Ombré Taillight? The sad truth is not really. There’s a few examples that are close: the Nissan Pulsar NX’s diagonal-slash mask over a fairly conventional taillight gave a sort-of illusion of a gradient, kinda. Ford’s 1992 Focus concept car used an interesting scatter-dot taillight setup that sort of visually mixed the colors, but looked more biological than gradient, if we’re honest. 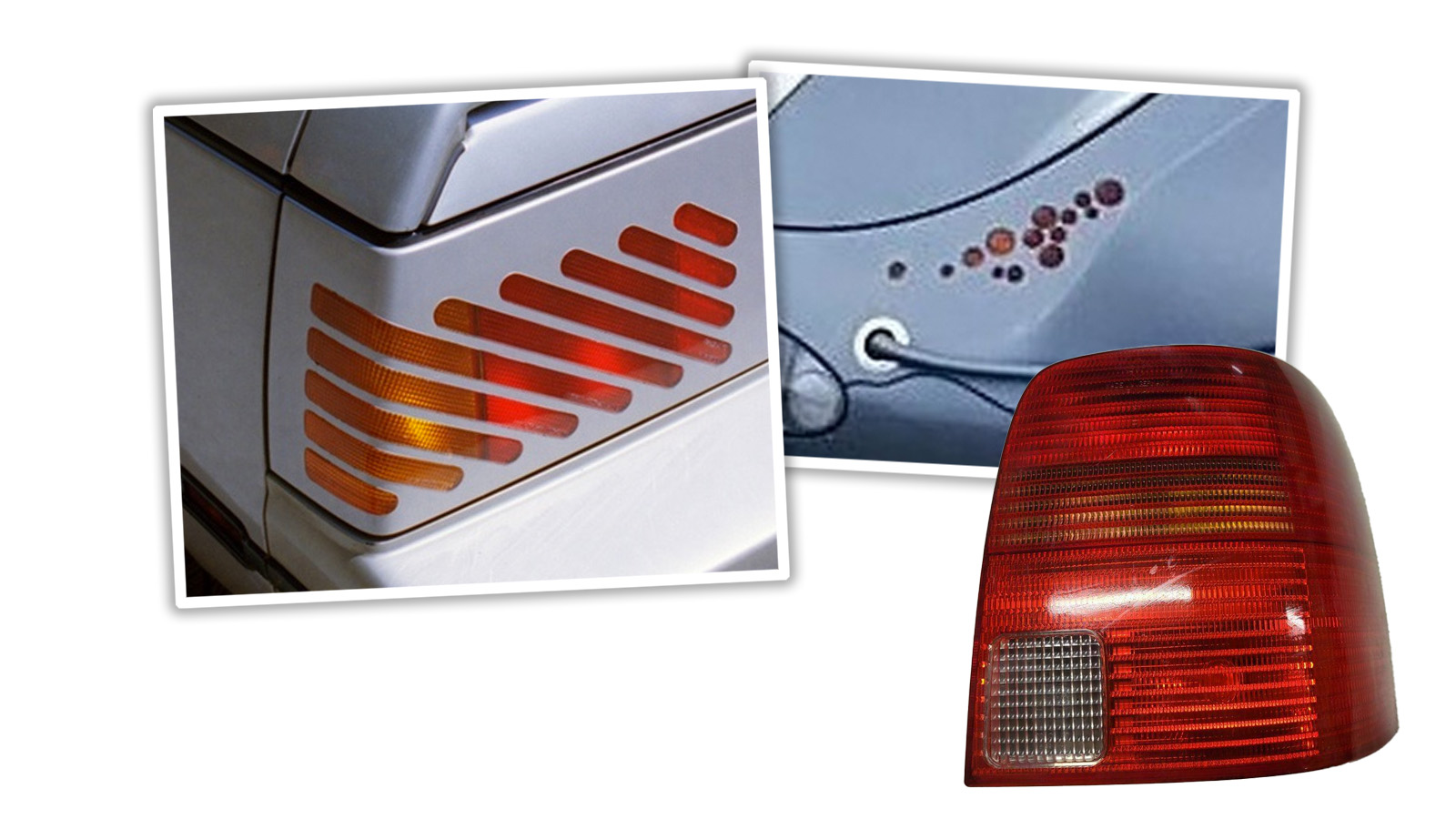 A number of carmakers in the early 2000s, such as Volkswagen, used an approach to taillights where a horizontal raster of red lines would serve to kind of obscure the amber turn indicator area, which did blend them together somewhat. It’s not exactly a gradient, either, but it’s something.

The only car I can think of that I might qualify is the North American market Series 2 Jaguar XJ sedans. I’ve written about these taillights before, as they fascinate me so, being the only taillight that uses an exclusively amber lens: 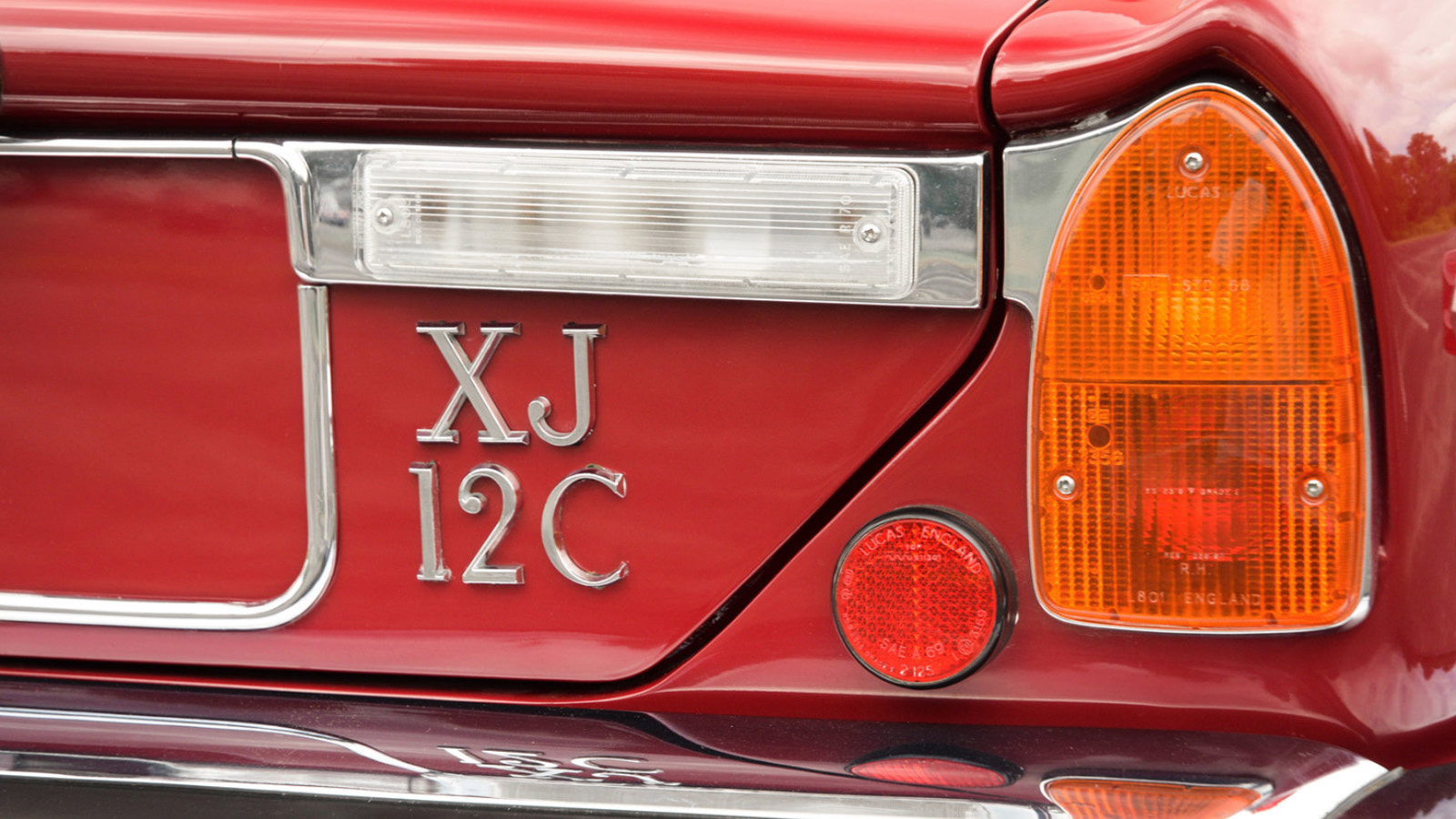 In this unusual setup, it’s an all-amber outer lens over an inner red lens/bulb setup for the brake/taillamp. The end result is sort of a gradient, a radial gradient of sorts, centered on the red brake/tail inner lens and radiating outward to where it fades out into the amber of the rest of that gothic tombstone shape.

It’s still not the ideal Ombré Taillight, but among the gradient-wishers in the Taillight Community, it’s the best they have in reality.

Will advances in LED tech be what it takes to make the Ombré Taillight a mass-market, modern reality, finally? Will we have to wait for taillights made from full-color, 32-bit LCD displays before we’re treated to a glimpse of this vehicular lighting holy grail?

Automotive lighting designers, take note. There’s a striking and unexpected opportunity just waiting for whomever is bold and daring enough to try it: the gradient taillights. It’s time.

I'm a co-founder of the Autopian, the site you're on RIGHT NOW! I'm here to talk to you about taillights until you cry and beg me to stop, which I absolutely will not. Sorry. Hug? Also, David's friend.
Read All My Posts »
PrevPreviousThis One-Of-13 Mercedes AMG Hammer Coupe Was A World-Beating Wolf In Luxurious Sheep’s Clothing. And It’s For Sale For More Than A Quarter Million Dollars
NextNissan Owes Us This Cheap Commercial TruckNext