Track-Daily-Burn, Second Chance Edition: M30 vs Grand Am vs Pinto 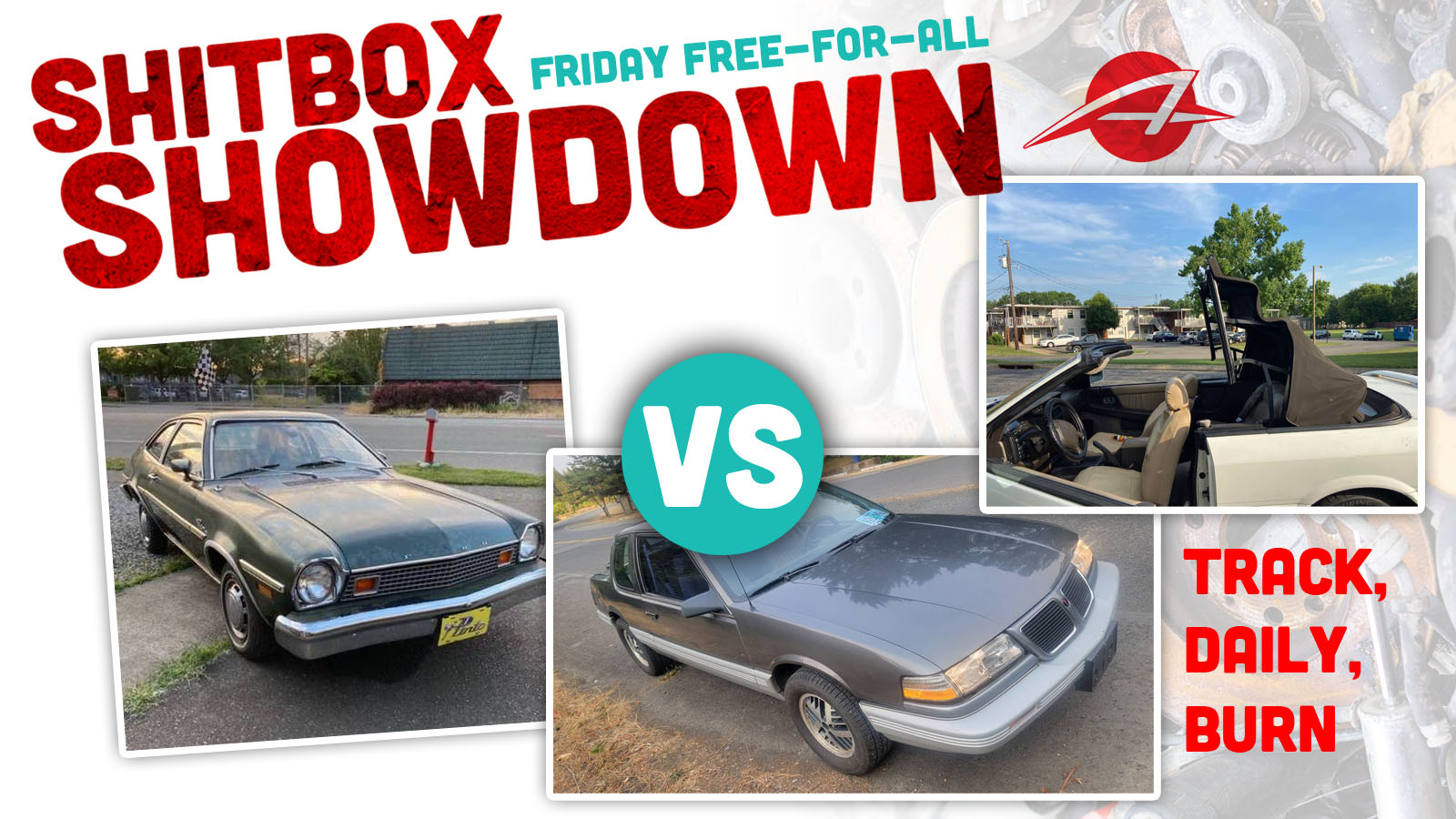 Happy Friday! As it was a short week, I decided it was time for another Track-Daily-Burn. But looking at the week’s winners, the choices were obvious, so I wanted to mix it up a little and pit the week’s losers against each other. So let’s finalize our third contestant, and then we’ll take a second look at all three:

Just in case you weren’t with us last time we did this, the rules are simple: You must choose one of these cars to drive daily, one to compete in some sort of motorsport event (not necessarily a traditional race track; it can be a dragstrip, a dirt oval, a Gambler event, or whatever), and one to destroy by fire. It’s like that other game, only with cars. There’s no poll at the bottom; just make your selections in the comments.

To help you make informed decisions, we’ll quickly recap each car, and I’ll throw in my two cents about each one. This is likely the most important decision you’ll make today, unless you are forced to choose between a chicken or beef burrito for lunch, and I want you to have all the information you can. 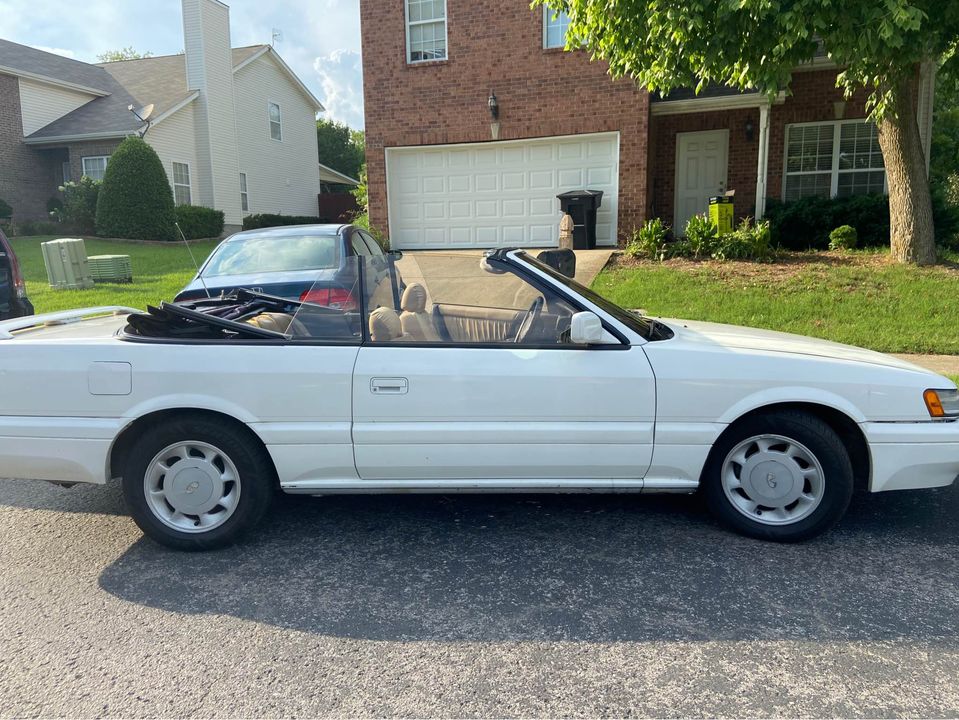 This California-modified drop-top version of a Nissan Leopard somehow lost to a non-running Ford Bronco II. I’m still not sure how that happened. I mean, I like a good ’80s 4×4 as much as the next guy, but running with new tires surely beats non-running and yanked out of a swamp, right?

It’s a pretty nice car, except for the interior and the top, both of which are ratty but still broadly functional. The Nissan VG30E engine and Jatco 4 speed automatic have a good reputation, and even with nearly 200,000 miles, should be reliable. If you live somewhere where a convertible can be driven with the top down more than just a couple months out of the year, this could make a fun beater. 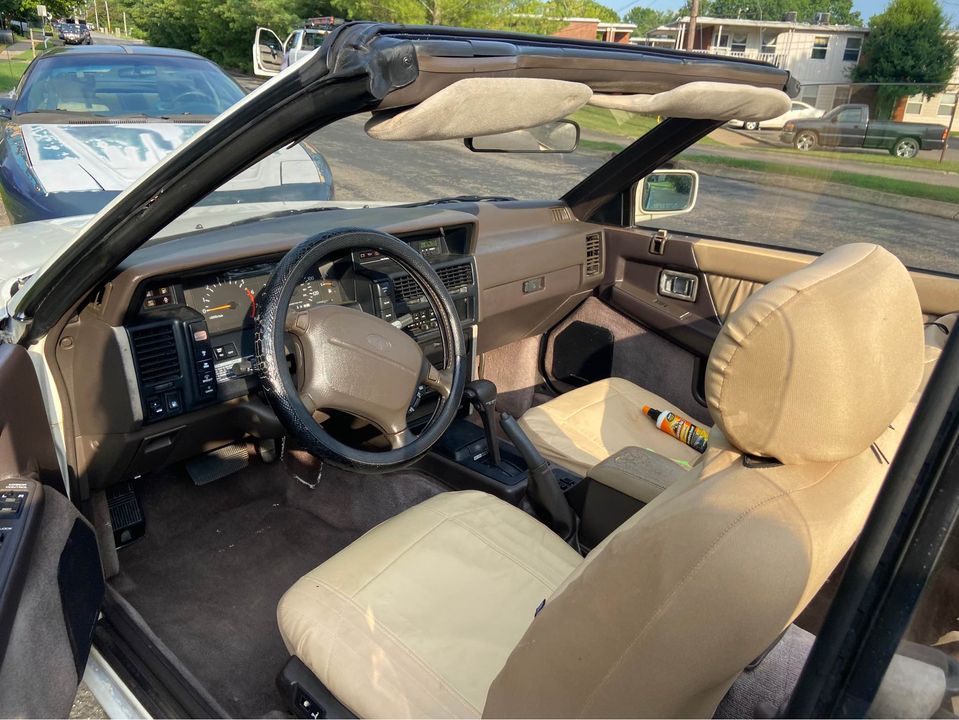 But on the other hand, it is a cheap rear-wheel-drive car, which could make dirt-road shenanigans a lot of fun. And I’d have to check with our pal Mercedes, but I would imagine that if you showed up to a Gambler or Hooptie X-type event with a rare Japanese personal luxury convertible, you’d be kind of a hero.

But if neither of those possibilities grabs you, I understand that convertible tops are quite flammable. 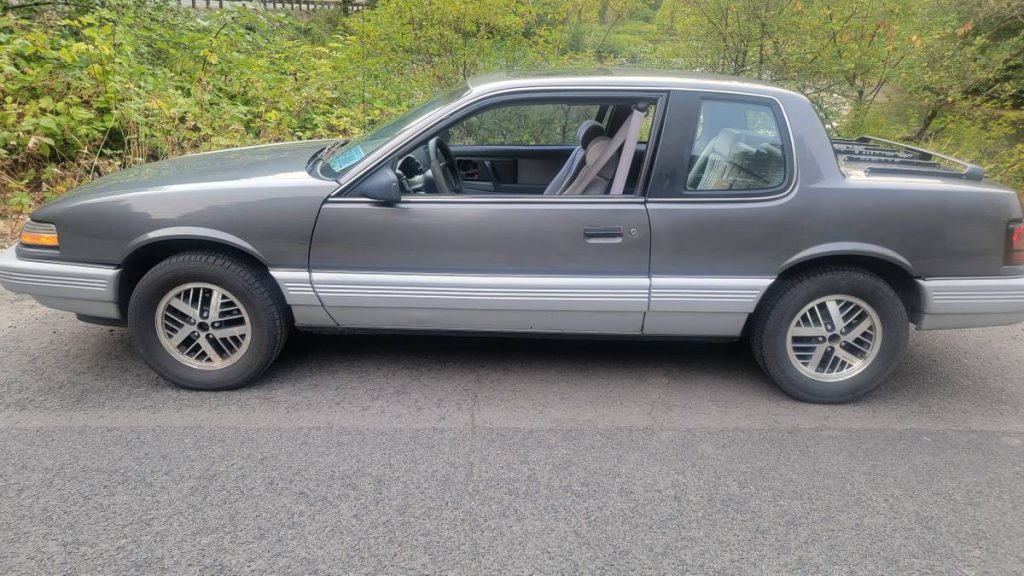 I felt sorry for this poor Grand Am. It got its doors blown off by a Ford Taurus SHO that’s a suspiciously good deal. Personally, I feel like this is the more honest car, but to the voting public, there was no business like SHO business. 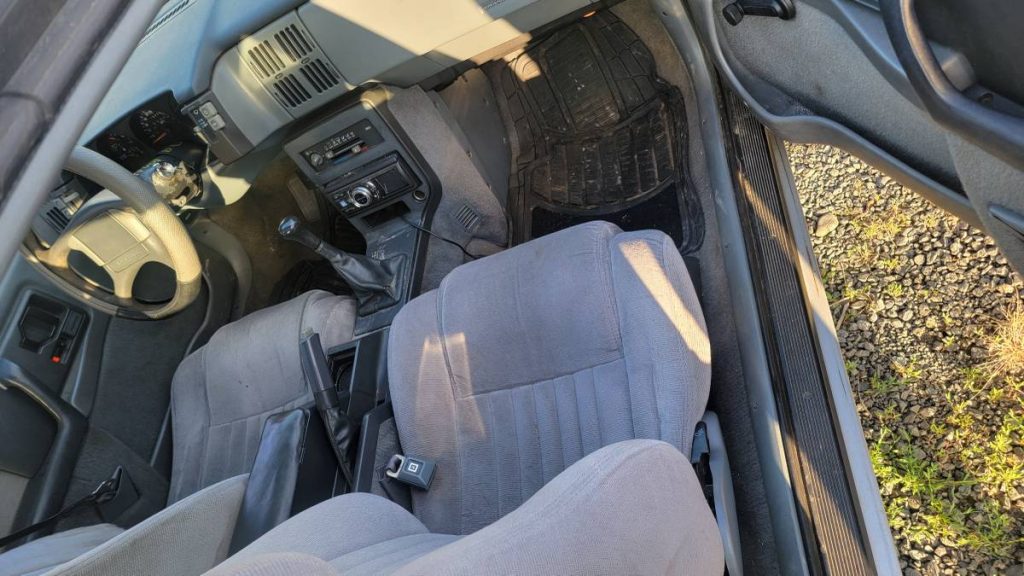 The ace up this car’s sleeve is that it has a five-speed manual transmission. It’s not the slick-shifting Getrag gearbox found in Quad 4-powered Grand Ams, but it’s still orders of magnitude more entertaining to drive than any automatic-equipped GM small car. You can’t expect miracles in terms of acceleration from the 110-horsepower “Tech IV” engine (the “Iron Duke” moniker wasn’t technically used after the early ’80s), but it gets decent mileage, and it’s nigh-on indestructible. This would make a good funky daily driver, and that’s how I’d use it.

I’m not sure how this car would fit into a motorsports situation. It doesn’t really handle well enough for track use, it isn’t fast, and it’s too nice to gut for a rollcage or beat up off-road. I mean, you could, but it doesn’t seem like the best choice. 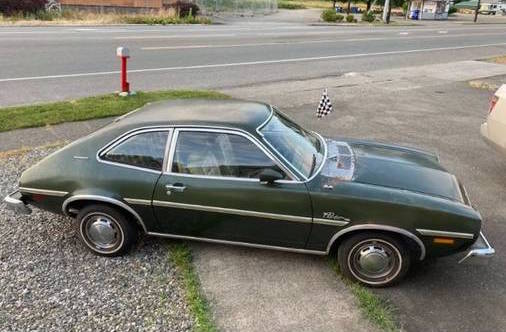 And just yesterday, this little Pinto Runabout lost to a Volaré. Now that’s embarrassing. Despite this car being the better shade of green, the four-door Plymouth had the upper hand, if only just barely.

We’ll pretend, for the sake of argument, that we’re talking about this car after the massive coolant leak has been found and fixed, and the alternator has been replaced, so it’s in decent running condition. What you have, then, is a small, lightweight, rear-wheel-drive car with a tough engine and a patricularly slushy slushbox. It would have been a daily-use economy car in its day, but it’s a bit outclassed these days. It’s slow, inefficient, flimsy, noisy, and unreliable compared to anything made in the past twenty years. As an around-town low-speed daily driver, I could see it, if you wanted to be contrarian or cosplay Joyce Byers. 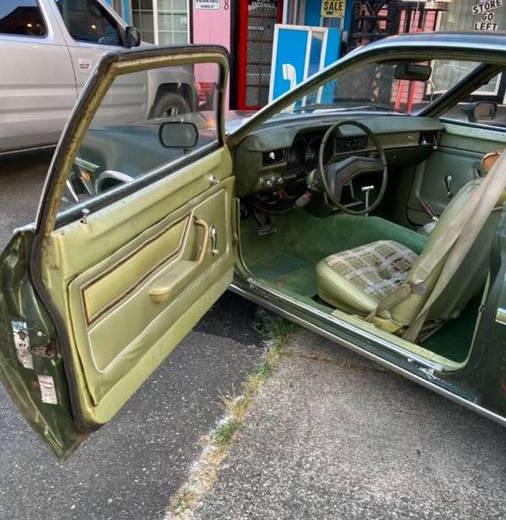 On the other hand, it’s a small, lightweight, rear-wheel-drive car. As such, it has seen duty in all sorts of motorsports: SCCA, IMSA, drag racing, and countless dirt ovals. You can stuff quite a large engine in place of that Lima 2.3 liter four, and a simple solid rear axle can be set up in just about any way you can imagine.

And – sure, what the hell – it is a Pinto. They burn pretty well, if you really can’t think of anything better to do with it.

So there they are: Our three runners-up for the week. Choose one to turn into a race vehicle of some flavor, one to press into daily use, and one to immolate utterly, and post your choices in the comments.

And just a quick note for Autopians in the Portland, Oregon area: I’m going to be at the All-British Field Meet at Portland International Raceway tomorrow with my MGB GT. Feel free to stop by and say hello if you’re nearby. It’s $10 to get in, which includes not only the show, but vintage racing on the track (not just British cars) and access to the paddock as well. If you’ve ever wanted to see a 1954 Swallow Doretti up close and personal, or watch a Rolls-Royce Corniche go through a slalom course, or hear (and feel) a dozen big-block Corvettes and Mustangs go thundering past on the track, this is the event for you. Hope to see you there!

Pacific Northwest-based self-taught DIYer of all the things. Current fleet: 1971 MGB GT, 1989 Chevy K1500, 2013 Chrysler 300C, 2003 Infiniti QX4, and 1966 Aristocrat Land Commander trailer. Not to mention about 40 RC cars and around 100 model kits...
Read All My Posts »
PrevPreviousThis Is What AI Thinks A Moose-Powered Car Would Look Like: Cold Start
NextUsed Car Wholesale Values Are Finally Starting To Fall, But Don’t Get Too ExcitedNext