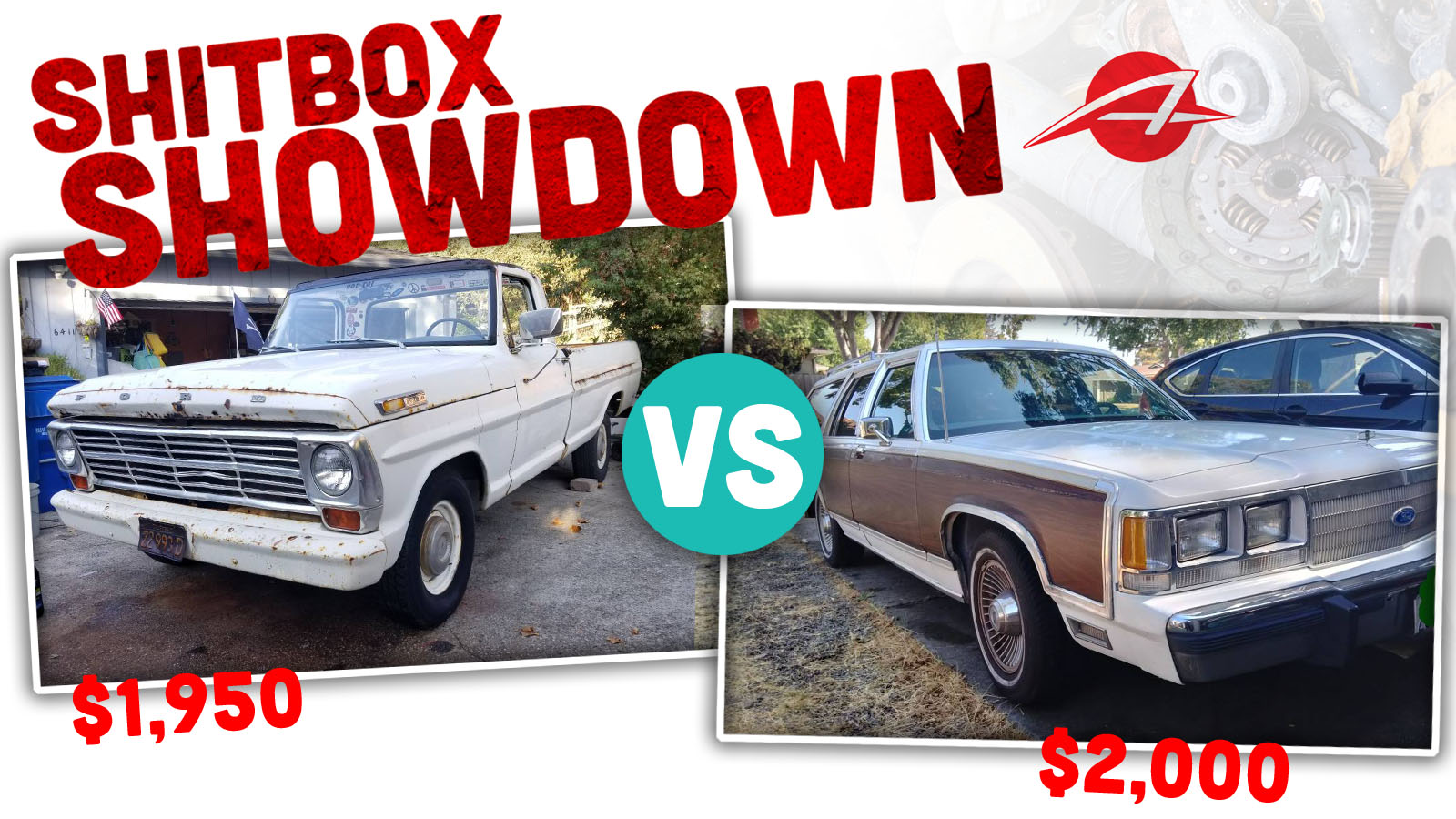 I don’t know why I’m being all matchy-matchy with the cars this week. It’s not intentional; it’s just the cars that keep catching my eye. Monday ended up greige, yesterday was maroon, and today, both cars are white.

So let’s settle up yesterday, and then we’ll take a look at them:

No surprise there. That Accord is really nice, and really cheap. And in fact, it looks like the ad is down already. Also no surprise.

So, onward. Today we have a couple of Fords built to carry stuff. One is built to carry people, and the other is for, well, pretty much anything else. It’s a bit of an apples and oranges comparison, but once again, they’re what caught my eye today, so we’ll just roll with it. Here they are. 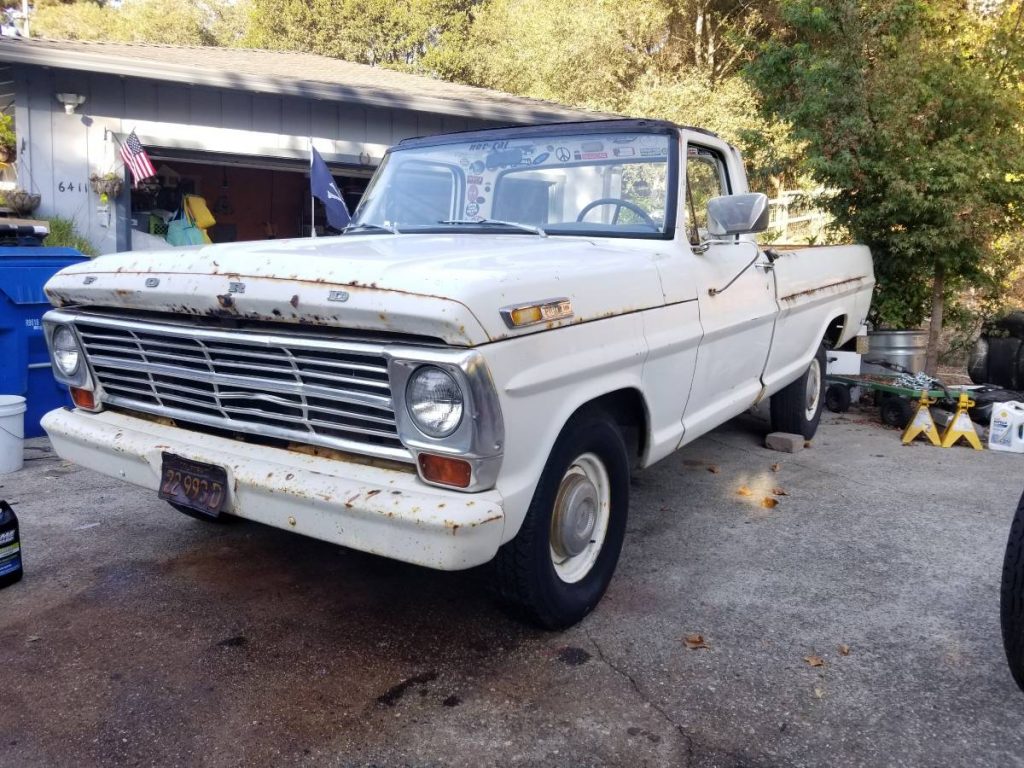 There is something undeniably charming about old trucks. They’re romantic, quaint slices of pure unadulterated Americana, icons of what so many people blithely refer to as a “simpler time.” The reality of them is significantly less romantic than the Bridges of Madison County ideal: noisy, rough-riding, inefficient, and uncomfortable, but image, as they say, is everything, and old trucks will likely be dining out on their romantic appeal for a long time to come.

[Editor’s Note: This phenomenon has been covered here, in fact. – JT] 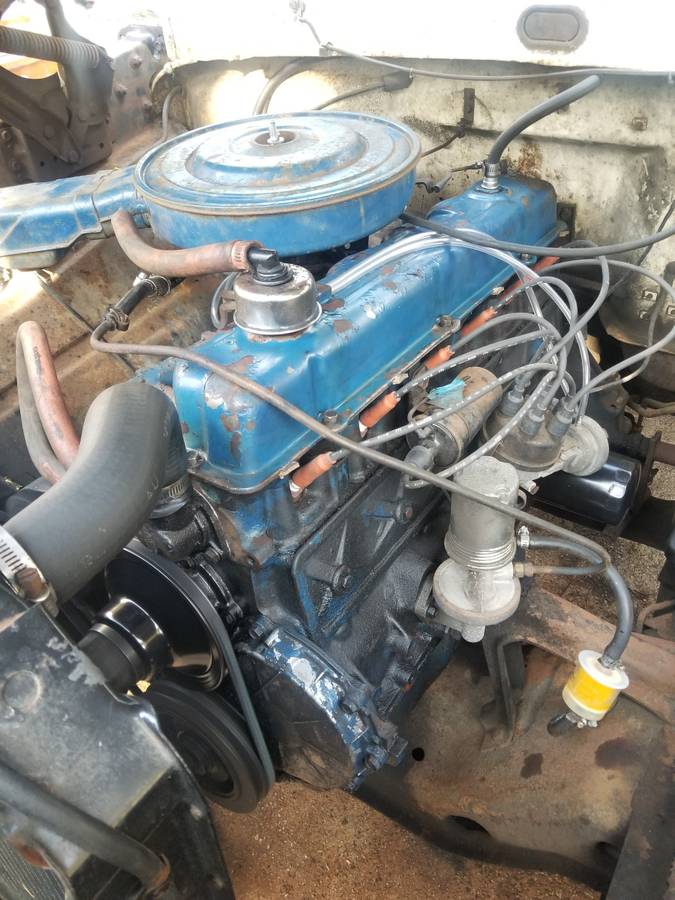 This old Ford has a lot more going for it than some silly notion, though. It’s powered by Ford’s legendary  inline six, though it’s not specified whether it’s the 240 or 300 cubic inch variety. Either way, it’s a cast-iron monument to durability and torque, and a perfect powerplant for a truck. It sends that torque through that most basic of all transmissions: a three-speed manual, with the shifter on the column. 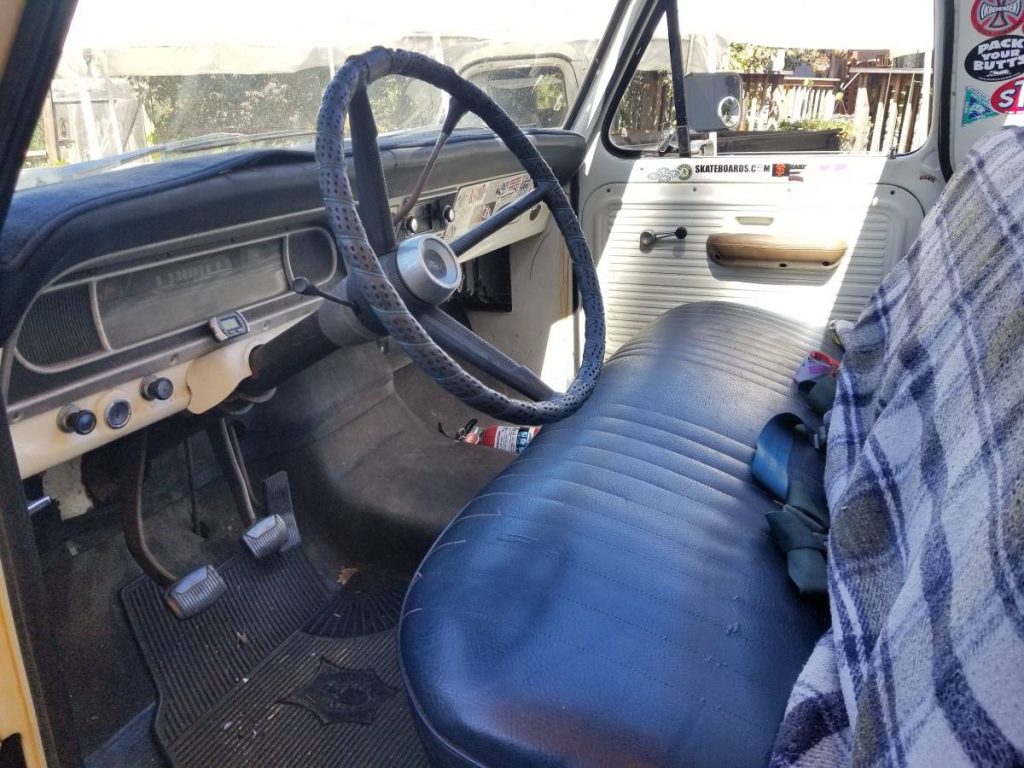 The seller says that six runs fine, and the truck drives well. The inside looks decent, with a simple vinyl bench seat covered by the requisite wool blanket. The interior is festooned with bumper stickers, at least, up to a point: 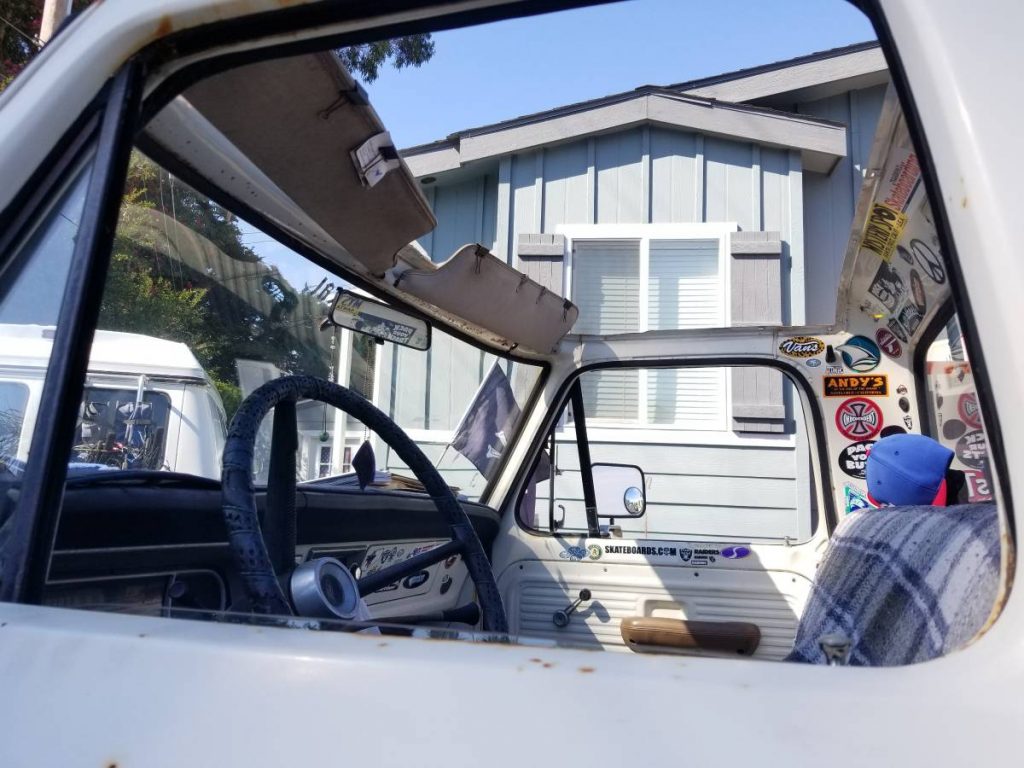 Yeah. You’re not seeing things; there is no roof. The seller says it was cut out due to rust, but I have a suspicion they just wanted an open-top truck. They say the roof panel is included, and can be welded back in, but personally, I think it would be cooler if someone installed a folding canvas roof, Webasto-style. 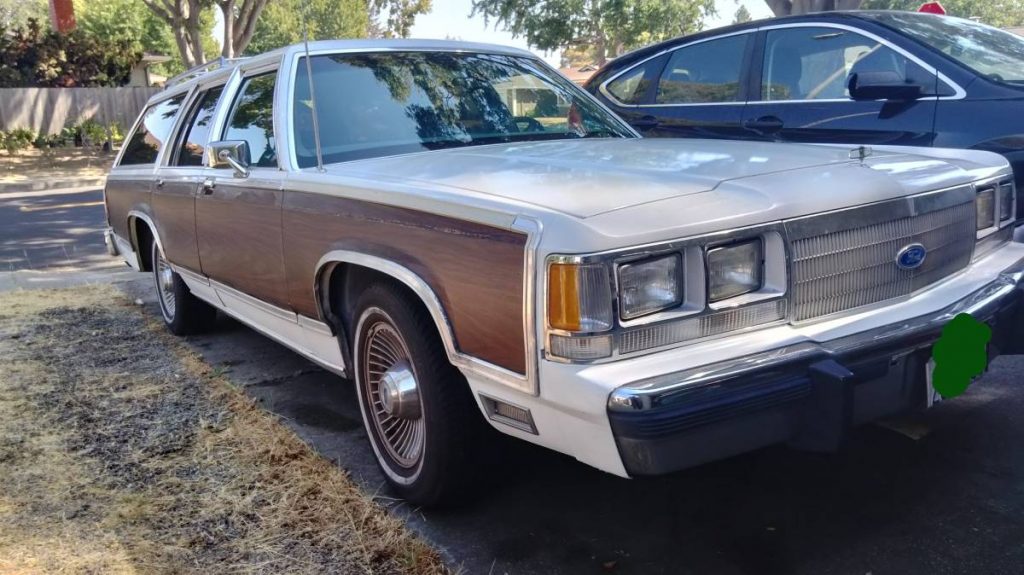 Runs/drives? Did, until a head gasket blew

“You think you hate it now,” the old movie line goes, “but wait ’till you drive it.” Ford’s Country Squire wagon is also an American icon, the faithful steed of a million family vacations and Cub Scout camping trips. Even if your family never owned one, wood-paneled station wagons were part of your upbringing, if you grew up in America in the 1960s, ’70s, or ’80s. 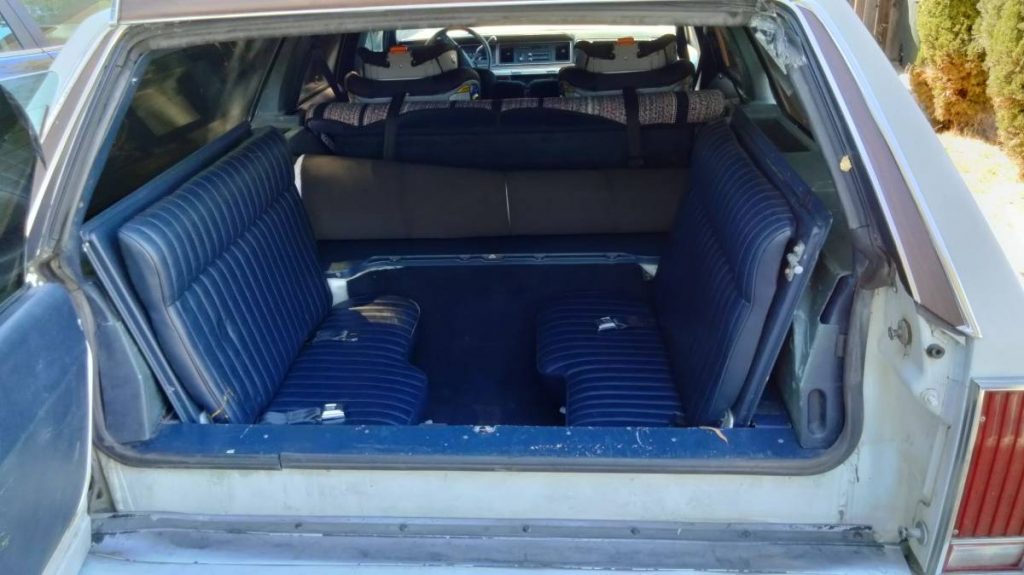 And if you rode in one, chances are you argued over who got to sit in the “way back.” What is it about sideways- or rear-facing jump seats that is so appealing to kids?  These wagons also have a really clever tailgate/rear door: it can either swing down like a truck tailgate, for cargo loading, or to the side, for passenger entry. 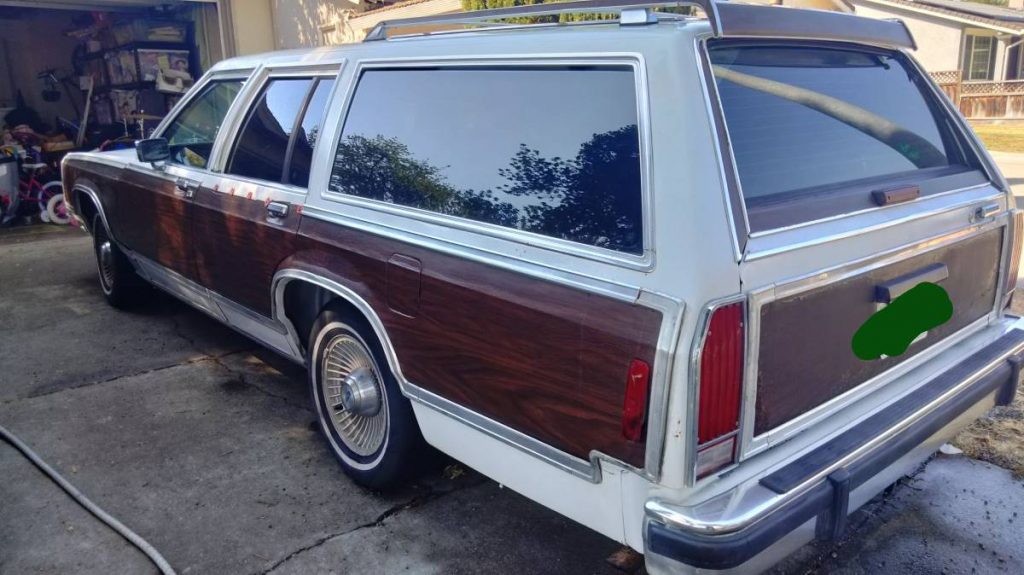 Unfortunately, this particular Country Squire has suffered a blown head gasket, and as such, is not currently drivable. No information is given about how it happened, but it sounds like the seller is in over their head. That’s the trouble with cool old cars: you really ought to know how to fix them yourself, or be able to afford to pay someone else to do it right, or you’re setting yourself up for heartbreak. 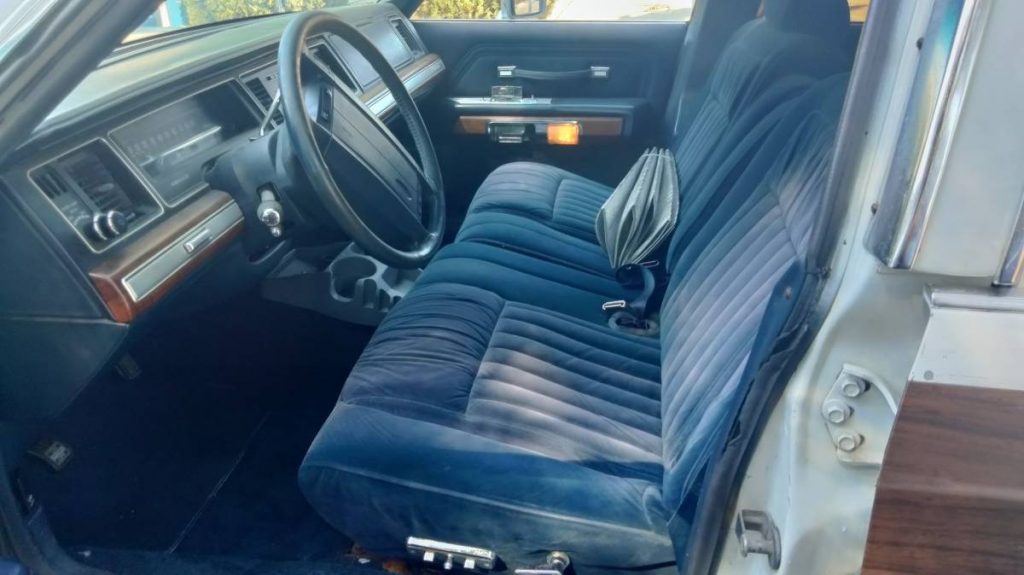 Apart from the head gasket issue, this looks like a pretty clean Country Squire. I don’t see any rust, and the interior looks nice. This would be a good deal for someone with the mechanical chops to fix it up, and go over the rest of the mechanicals with a fine-toothed comb, just to make sure.

So that’s our choices for today: an old truck with no roof, and an old station wagon that needs to have its heads pulled. Neither one of them sounds quite so romantic or nostalgic when you put it that way, do they?

(By the way, the polls aren’t embedding today for some reason, so please click this link:)

Pacific Northwest-based self-taught DIYer of all the things. Current fleet: 1971 MGB GT, 1989 Chevy K1500, 2013 Chrysler 300C, 2003 Infiniti QX4, and 1966 Aristocrat Land Commander trailer. Not to mention about 40 RC cars and around 100 model kits...
Read All My Posts »
PrevPreviousTesla Recalls More Than One Million Vehicles Over Windows That Might Pinch People
NextThe Story Behind The Mysterious Oldsmobile Toronado Airstream The Internet Is Obsessed With (Updated)Next