Volkswagen Is Considering Pay-Per-Use Automated Driving, Hopefully Via Quarters Into A Coin Slot

It’s not Thomas writing this today, it’s me, Torch, and I’m not happy about it. I specifically started my own site (with David and Beau, yes, yes) just so I wouldn’t have to do this, and now, thanks to janky Canadian internet, here we are. Wonderful. But, you still deserve your puréed automobilianic news, I guess, so let’s get to it. Volkswagen’s software plans are in here, twice, as is some Tesla investigation, Argo AI having a lousy day, and the most important spark plug merch news you’ll read all week. No, month. Fine, let’s do this. 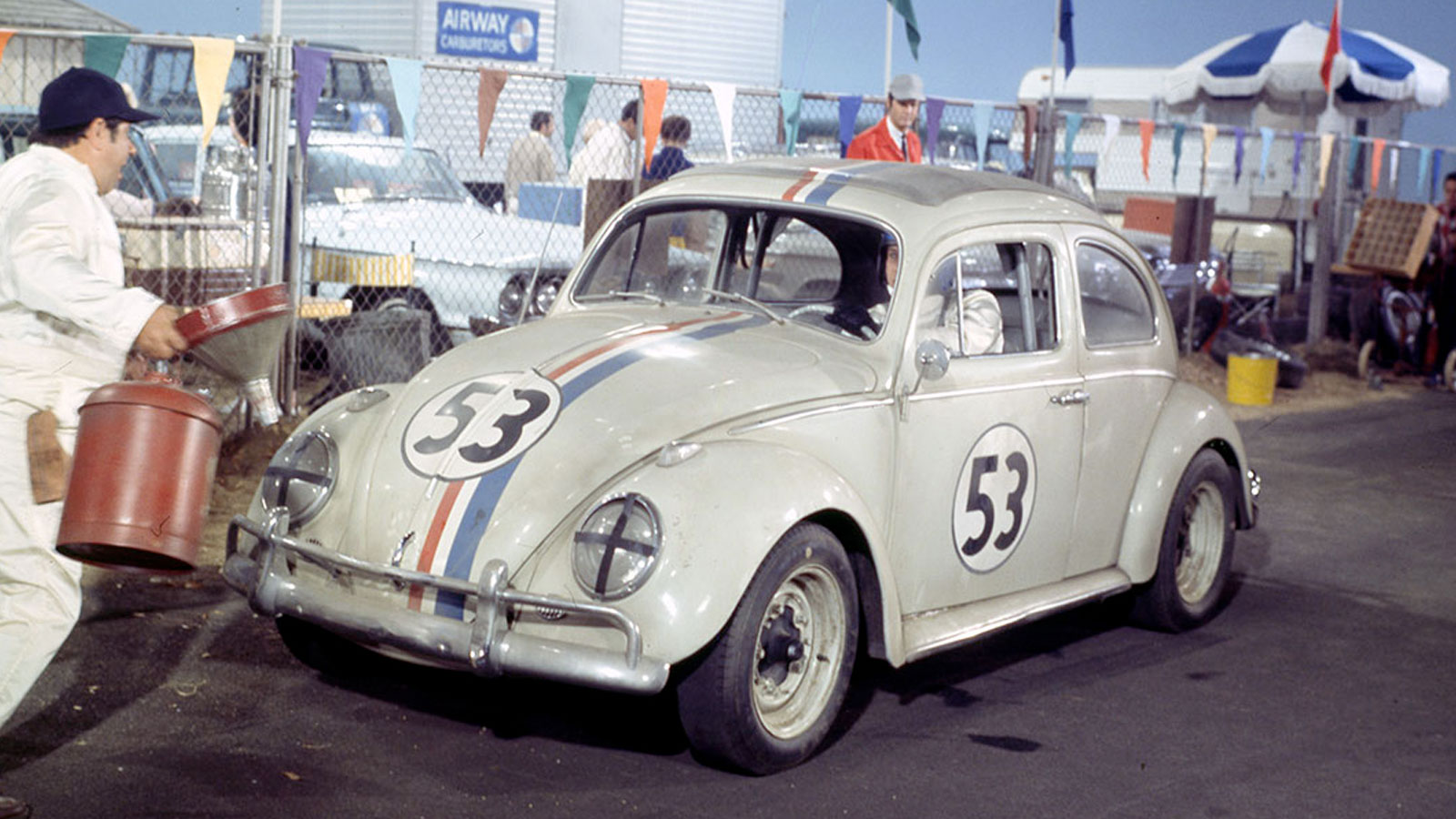 At the moment, all the currently-available semi-automated driving systems from Tesla, GM, Ford, VW, Honda, Mercedes-Benz, whoever work like most car options currently work: you pay a bunch 0f money for them up front, or, in some cases like Tesla’s poorly-named FSD (Full Self-Driving, and it isn’t) you can subscribe to the service for $199 per month. The head of VW’s software subsidiary, known as Cariad, CEO Dirk Hilgenberg, seems to have ideas about other ways to get automated driving to customers, as he said in an interview with Bloomberg, where he was asked about how the company could monetize various software-based features:

There’s a new business model already out there — a subscription model, or function-on-demand — where the AI will tell you, you can drive autonomously if you want, for the next 50 miles. We would support that. We could give you autonomous driving for the next 50 miles, so you can relax or sleep or do whatever.

Hilgenberg goes on to remind us all that VW (nor anyone commercially) does not have Level 4 automation yet – that is, a car that can drive on its own, with no human input required, at least in a specific area, so all of this is still pretty much hypothetical. Still, VW could offer Level 2 driver assistance on demand, if they wanted. The code would need to be already installed in the car’s computers, but a remote code could be sent to activate or deactivate the feature on demand.

The process of disengagement would need to be well-considered, though: if you hit a given time or mileage limit, and wanted to disengage, you’d have to provide a lot of warnings to the driver, because, remember, those people may “sleep or do whatever.” In a Level 4 or better system that may involve getting the car off the active roadway if the driver is non-responsive, something yet to be demonstrated by anyone.

If it’s just Level 2 semi-automation then you should be able to count on a driver paying attention, but, as we know from all this (gestures to all of reality) even that isn’t guaranteed.

So, you know, good luck with that. 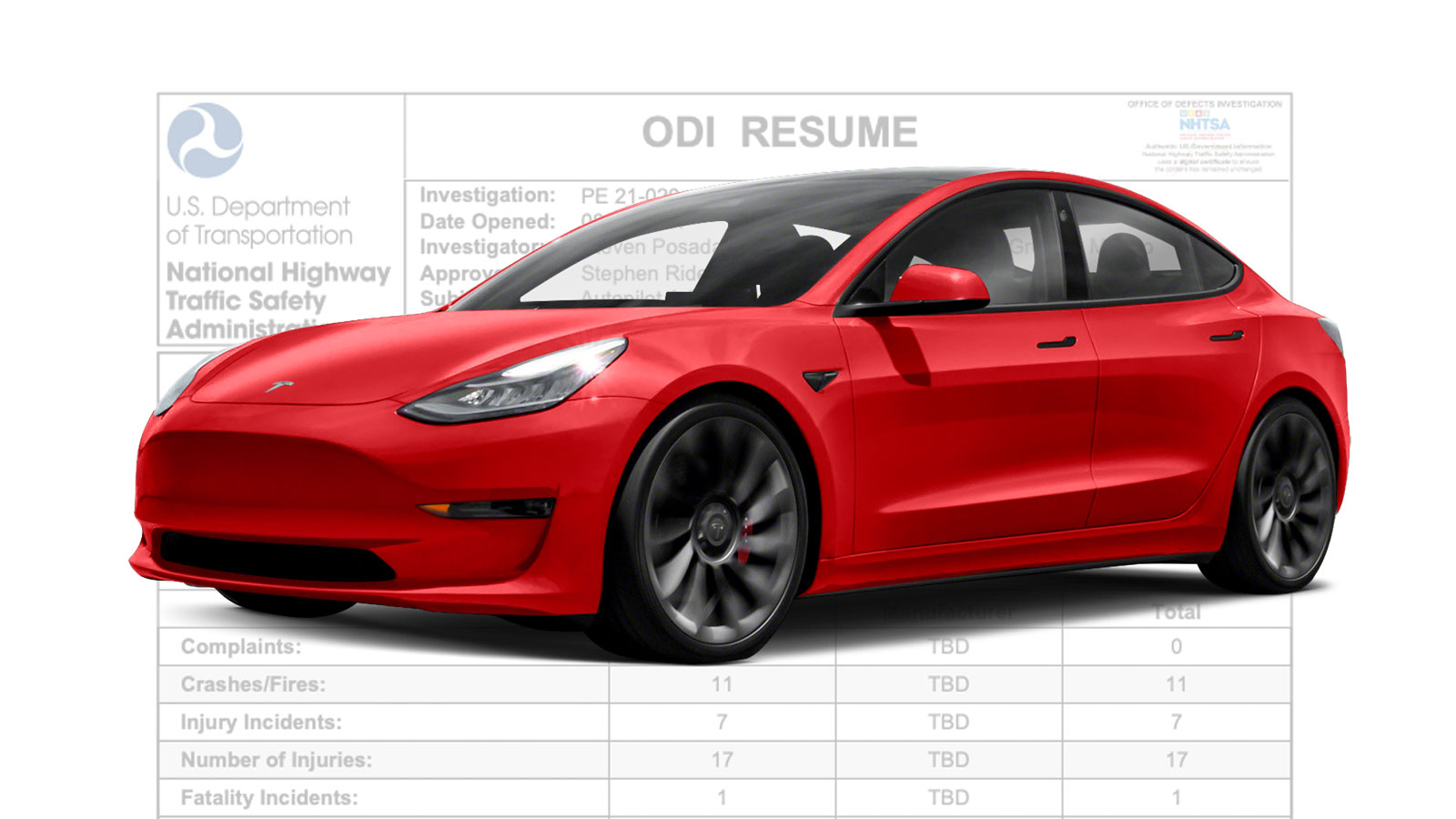 NHTSA has been investigating crashes involving Level 2 driver assist systems like Tesla’s Autopilot in a more focused way recently, and are now opening a special probe into a crash that occurred on June 7 in San Diego, California that killed a pedestrian. While the investigation is at least in part about a suspicion that a driver assist system was in use, it’s also worth noting that the 39-year-old driver was apparently huffing something and under the influence at the time of the crash, which adds an extra level of complexity here.

If the driver was using Autopilot, but was also driving while impaired, how should those factors interact? Would the assistance provided by the Level 2 system be considered as enabling the man to drive while high, and would he have been capable of driving at all while high otherwise? Or did the system help manage his impaired driving to some degree? It’s possible for this to be both revealing limitations of an L2 system and also a reminder that for fucks’ sake, don’t drive while huffing anything, idiot.

Also related is a preliminary investigation opened into another Tesla crash that killed two people on Wednesday, when a 2015 Tesla crashed into the rear of a Walmart truck parked at a rest stop. This is a confusing crash situation and the NHTSA is in contact with Tesla about it, presumably to assess if any driving automation systems were involved. 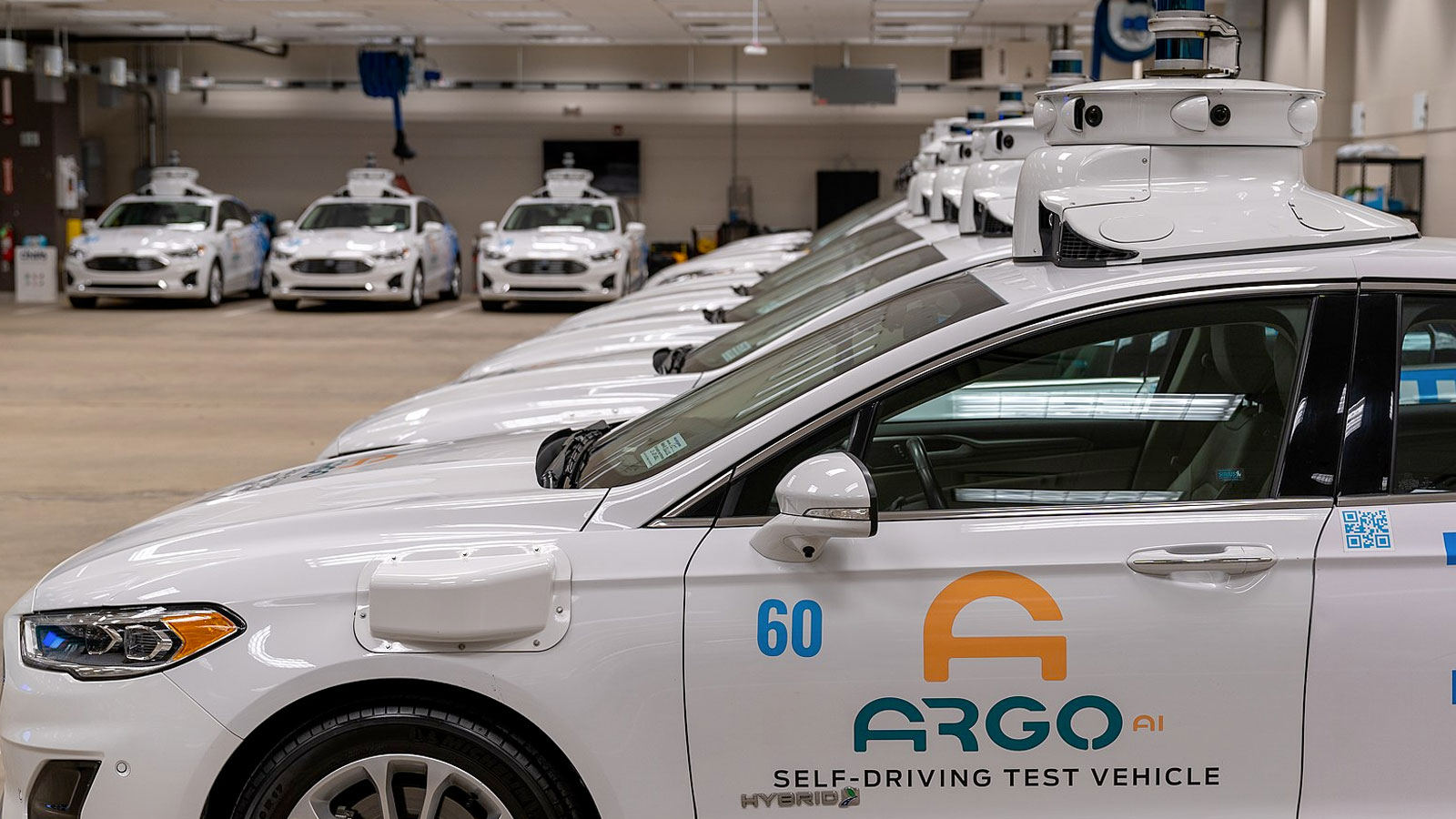 Argo AI, backed by both Volkswagen and Ford, much like the VW Apollo, is laying off 150 of its nearly 2,000 employees, employees that fill a wide variety of roles in the company, technical and otherwise. The company issued a statement that tells us almost nothing about the situation:

“With incredible growth and progress made in our mission to deploy driverless vehicles, we are making prudent adjustments to our business plan to best continue on a path for success.”

The Pittsburgh-based company is currently testing automated vehicles in Miami, Florida and Austin, Texas, and has not yet actually brought driverless technology to market.

The forum for people very excited about the upcoming new Civic Type R have discovered, ahead of any announcements from Honda, the colors they’ll get to choose from! And a solid 2/5ths of the colors are actual colors! Look:

Okay, a blue, a red, then a black, gray, white. Ehh. Would it have killed Honda to get a good yellow in there? A green? Orange? It’s a sports car, time for some bright-ass YOLO colors! Honda’s not decorating a chain hotel conference room here! Come on!

Volkswagen Decides To Use A BlackBerry 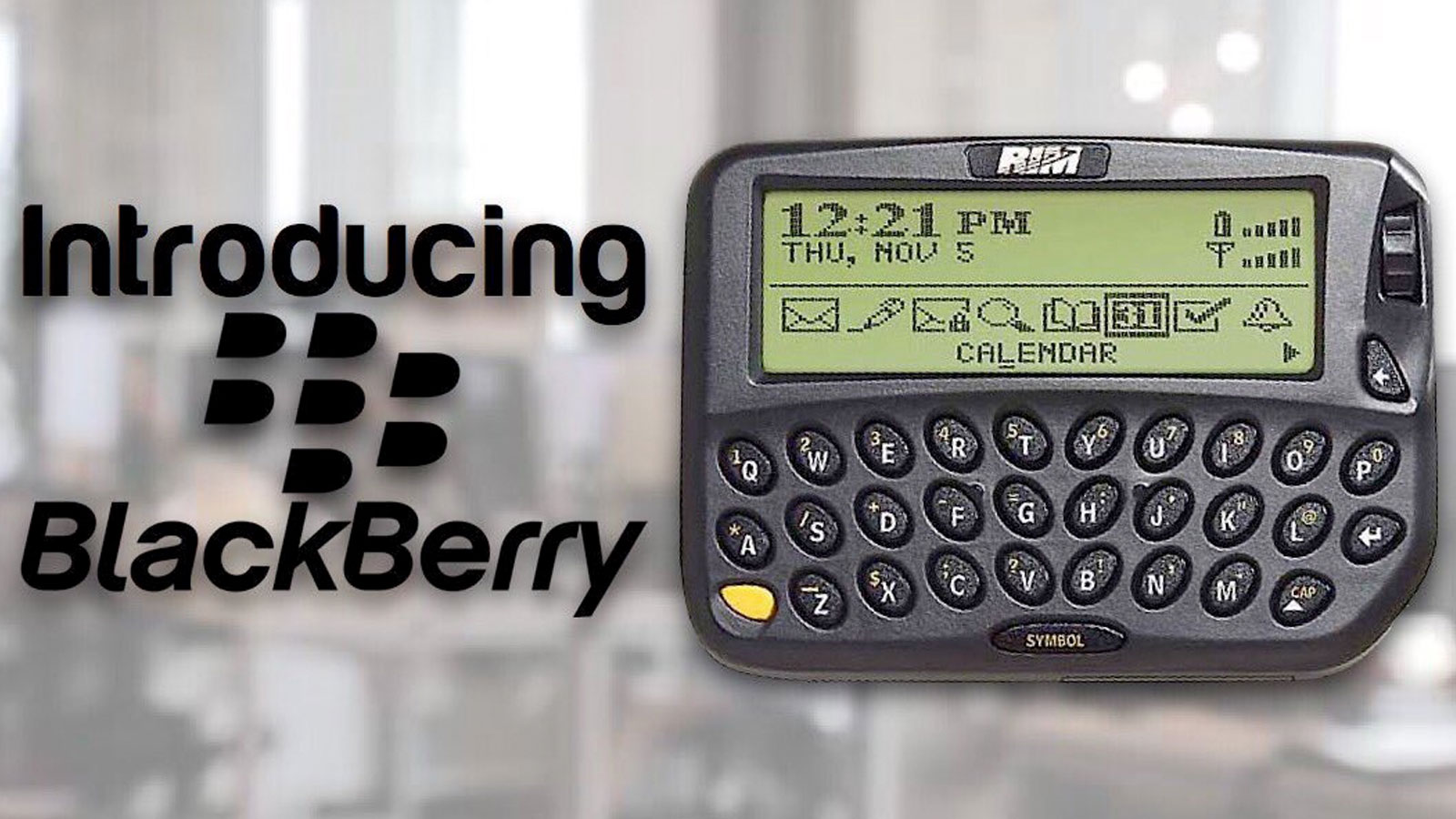 You remember BlackBerrys, right? Those phones with physical keyboards and tiny trackballs people used to use? Sure you do. Well, the company isn’t gone, they now make the popular embedded, Unix-like OS known as QNX, and VW has selected QNX to be a component of its VW.OS in-car software platform, being developed by Caraid, the company I mentioned a few paragraphs ago.

What VW seems to be specifically wanting QNX for are its stacks for driver assistance features and upcoming automated driving functionality. From BlackBerry:

BlackBerry will license its BlackBerry QNX technology to CARIAD, including its QNX® OS for Safety 2.2. It will be integrated in CARIAD’s software platform VW.OS, specifically in the stack for advanced driver assistance systems and automated driving functions (ADAS/AD). Within this ADAS/AD stack of VW.OS, QNX OS for Safety 2.2 will serve as a reliable, safe and secure foundation. As part of the agreement, BlackBerry QNX will also provide professional engineering and consulting services for system-level integration, performance optimization, and solution validation. 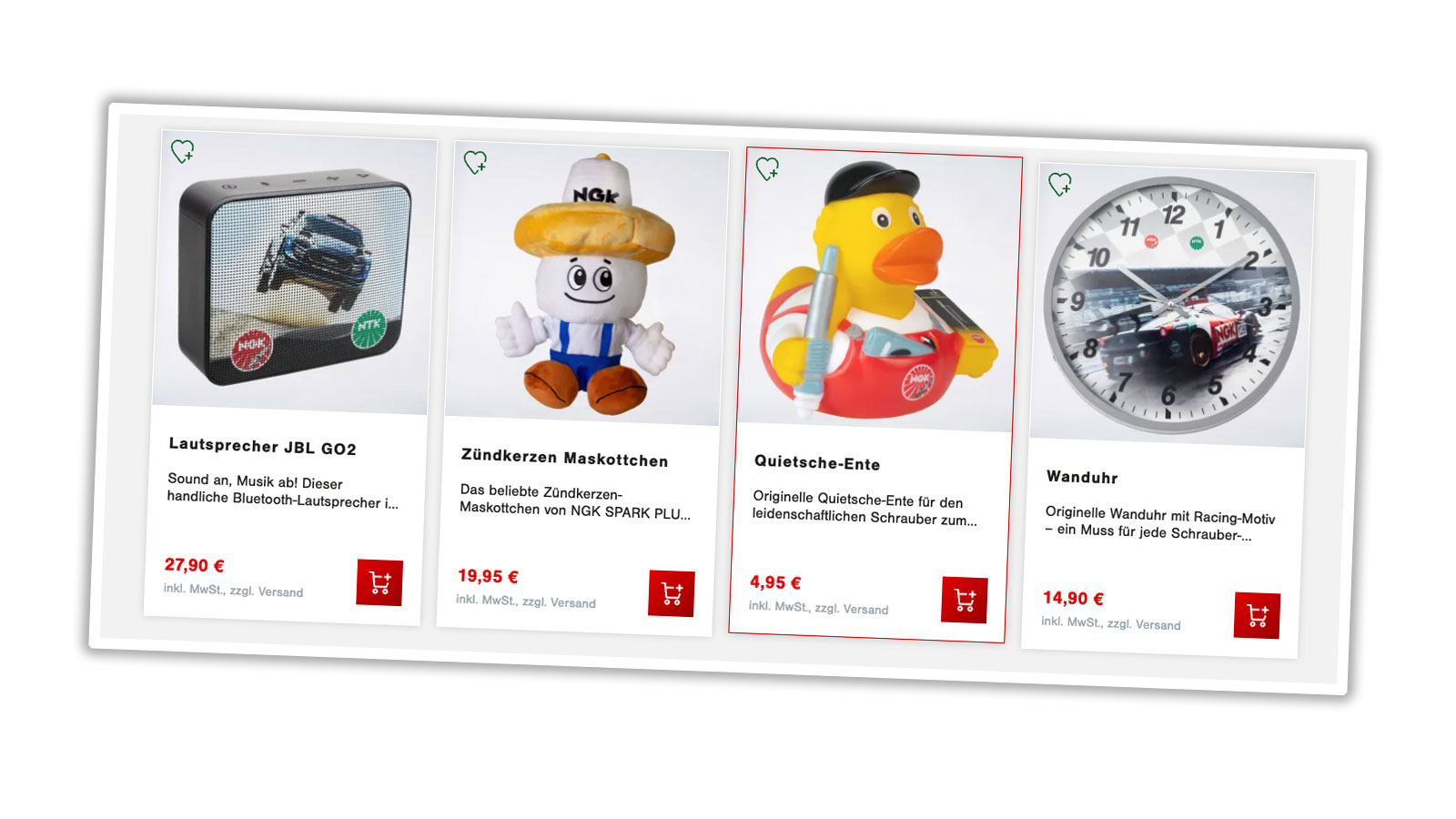 Okay, this is the most important news you’ll read all day, maybe all month: NGK Spark Plug Co., Ltd., has announced that its fanshop, the only place in the known universe to get official NGK Spark Plug-branded dartboards or jackets or keychains, has undergone a significant redesign, which you can see right here, right now.

Who wants to hug a stuffed sparkplug? YOU DO, motherlovers!

If you just shit your pants with delight and shock at this news, then I’m thrilled to tell you that, while you can’t really get new pants, you can get this smashing NGK Softshell Jacket and put your legs through the sleeves and just wear the jacket as new pants, and you’ll look fabulous doing so, because it’s NGK, baby!

“Over the past two years, the fanshop has been a success with our company’s enthusiasts. Now updated, the new fanshop will provide our fans with an even better shopping experience when purchasing our high-end lifestyle products.”

Fuck yeah it will, Frank! You know it will!

I'm a co-founder of the Autopian, the site you're on RIGHT NOW! I'm here to talk to you about taillights until you cry and beg me to stop, which I absolutely will not. Sorry. Hug? Also, David's friend.
Read All My Posts »
PrevPreviousHow A Blood Pressure Pump Fixed My $700 Chevy Tracker’s Four-Wheel Drive System
NextAMC Javelin, GM New Look, Caproni NSU Max: Mercedes’ Marketplace MadnessNext