Good morning, Autopians! Today we’re taking a little detour from the street-legal cars into the realm of cheap race car projects. One seat, no interior, and goofy paint jobs are the order of the day. But first, let’s see how our three-speeders fared:

And the ute wins! But naturally, that begs the question: what is a “ute”? Dunno. All I know is there’s no way that car could have left those tire marks.

Speaking of tire marks, who wants to go racing? Because we’ve got just the thing. Two, in fact. I was going to feature two other cars today, but on a whim I popped on to Craigslist and set some search terms: $500 to $2,500, manual transmission, within 50 miles of me. And there they were, one ad right after another: Two well-used Lemons veterans, both looking for a new home. It was a sign. So I’ll save whatever those other two cars were for tomorrow, and we’ll check out a couple of beat-up track cars. 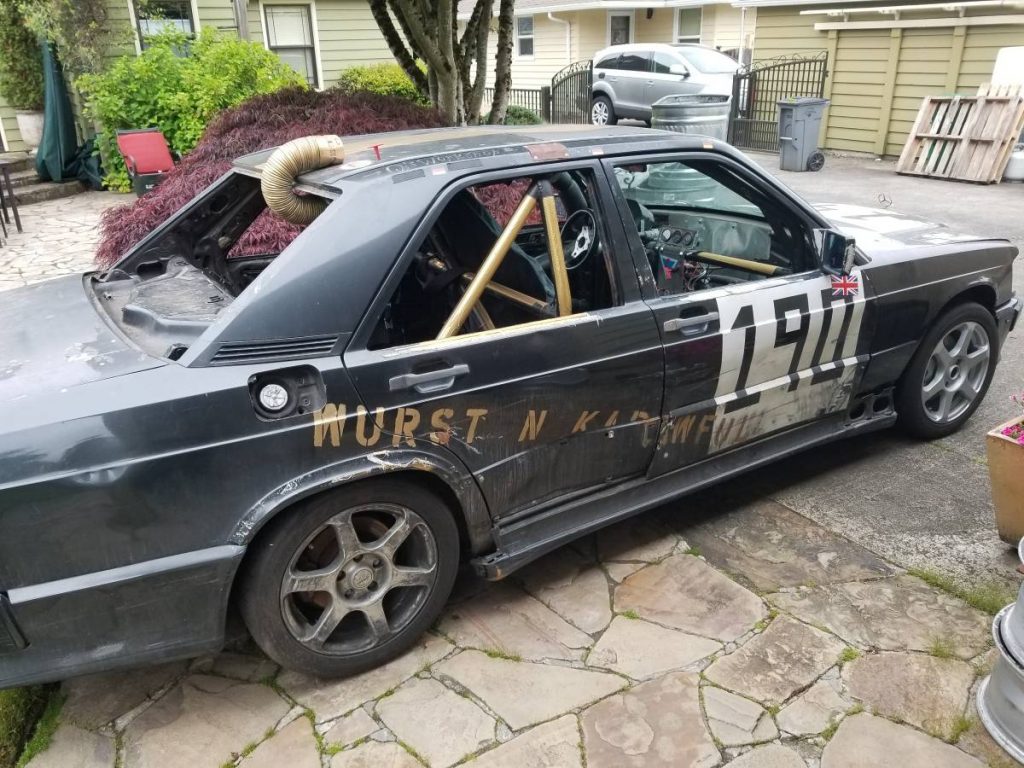 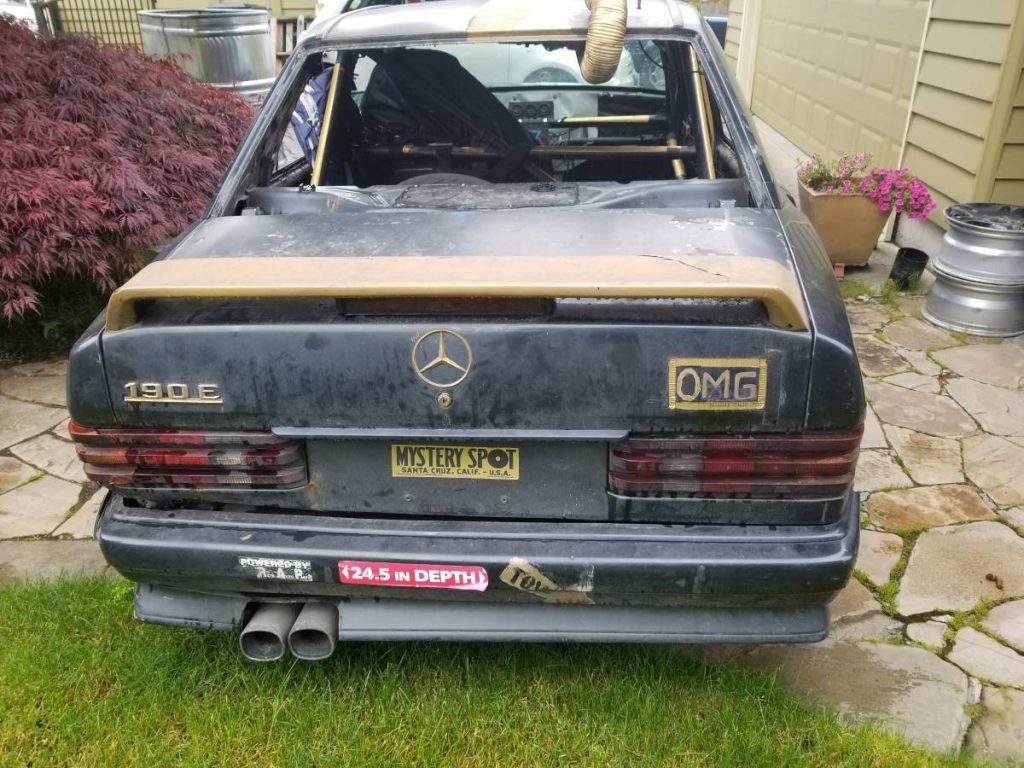 And from the sounds of it, some folks have been trying to buy the engine and transmission separate. It’s a pretty cool motor, with a twin-cam 16 valve head developed by legendary British firm Cosworth, most famous for working their magic on various Ford engines, but also for helping to create the only Chevy Vega worth a damn. There is some serious racing pedigree going on under that three-pointed-star hood ornament. And a five-speed stick in any Mercedes is a rare and wonderful treat. 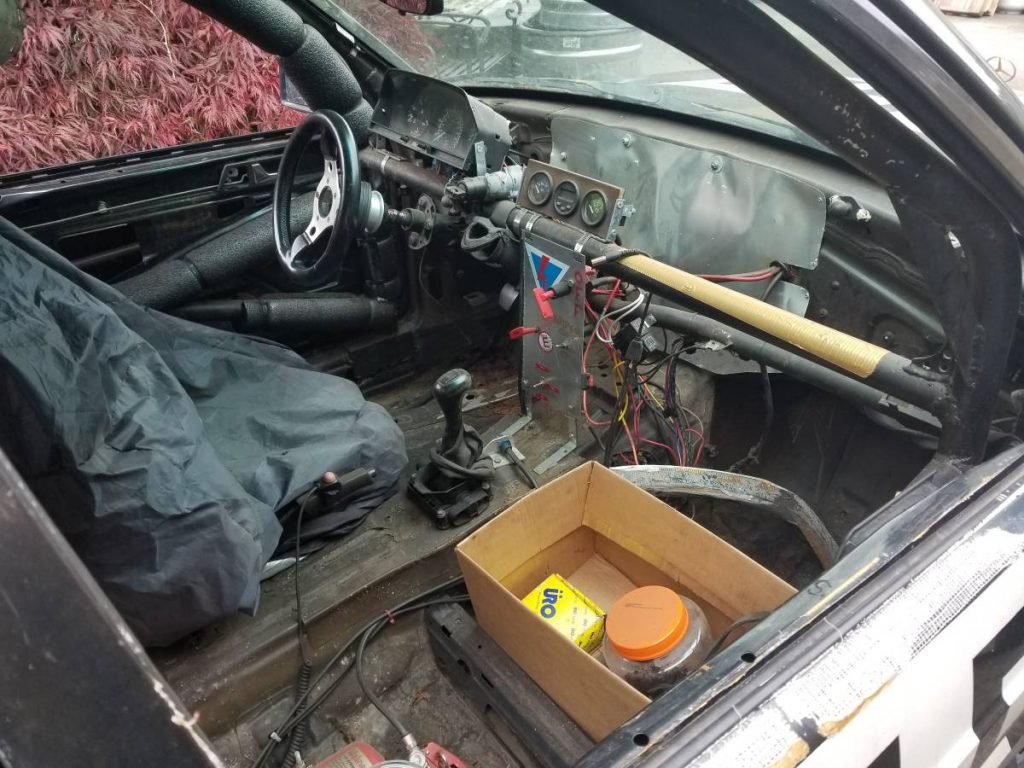 Unfortunately, it also means that there is one fewer 2.3-16V for enthusiasts to fight over, unless you found a nice ordinary 190E and transferred all the go-fast parts over to it. Which I guess is what the vultures wanting to pick this car’s carcass are thinking, as well. 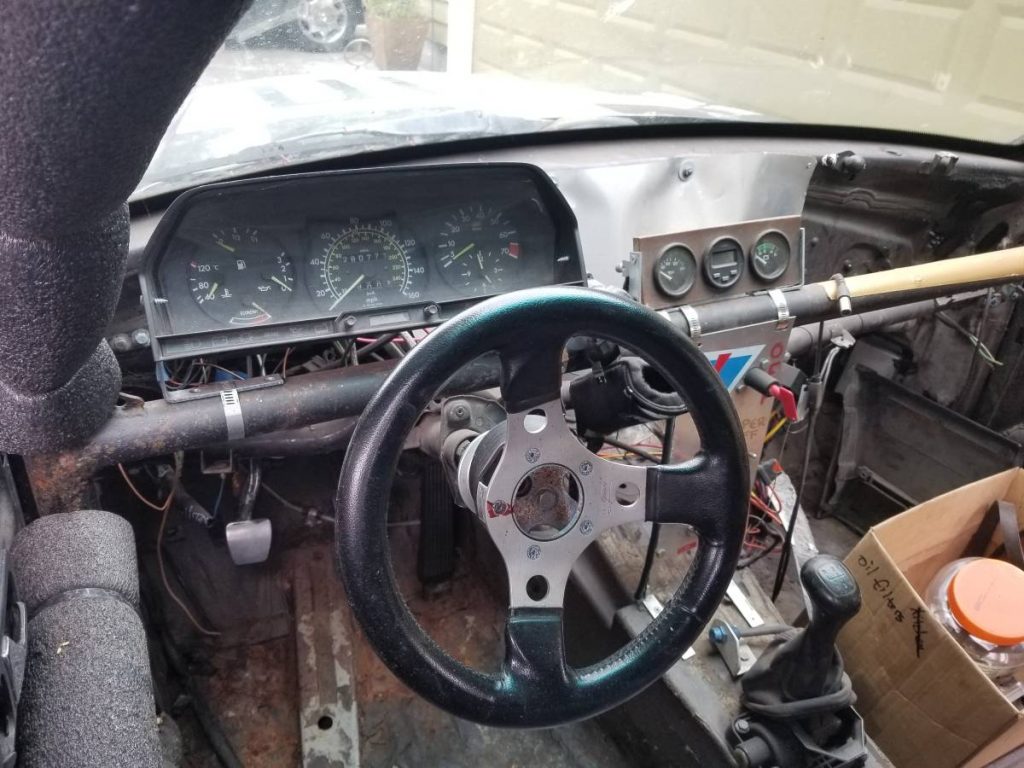 There’s no title to this car, but you don’t need one for a track-only car. As long as it never moves under its own power on a public street, a bill of sale is all that’s required, and all that’s supplied, to transfer ownership. You don’t even need to set foot in the DMV. 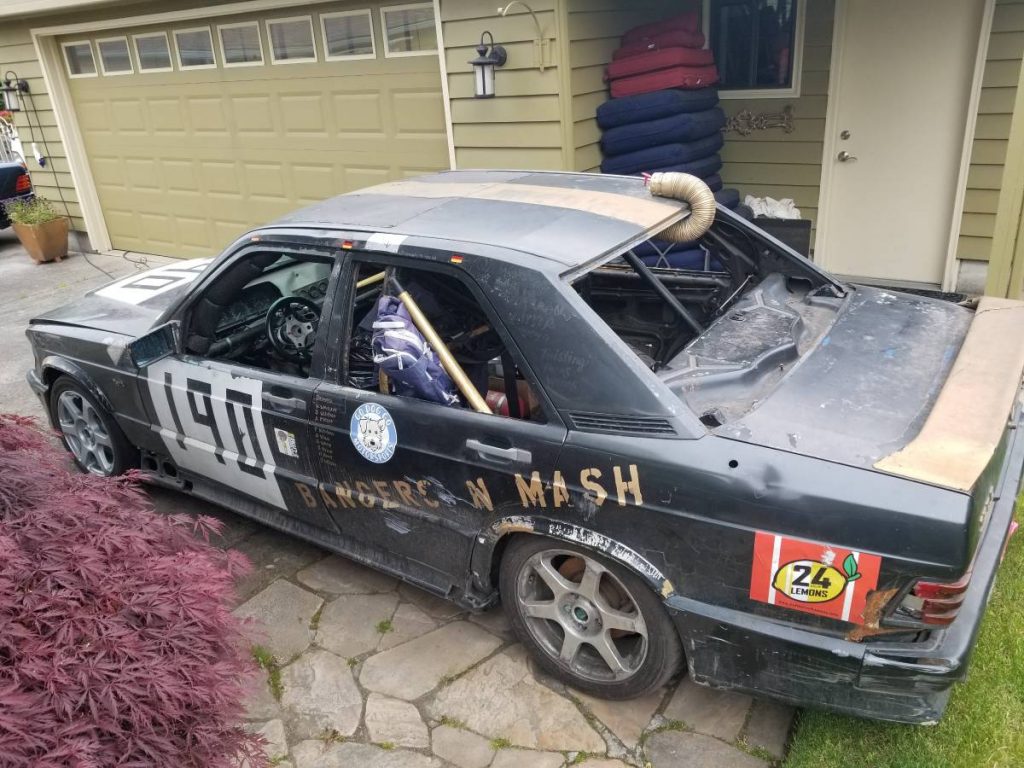 And if you want to race, it does make sense to buy a car that has already been raced. Someone else has gone to the expense of installing a cage and a harness and stripping out all the unnecessary parts. And, presumably, if this car has already raced in a Lemons event, it should pass tech inspection again without much effort. Of course, that’s only after you replace the blown head gasket and get that wonderful Cosworth engine humming again. 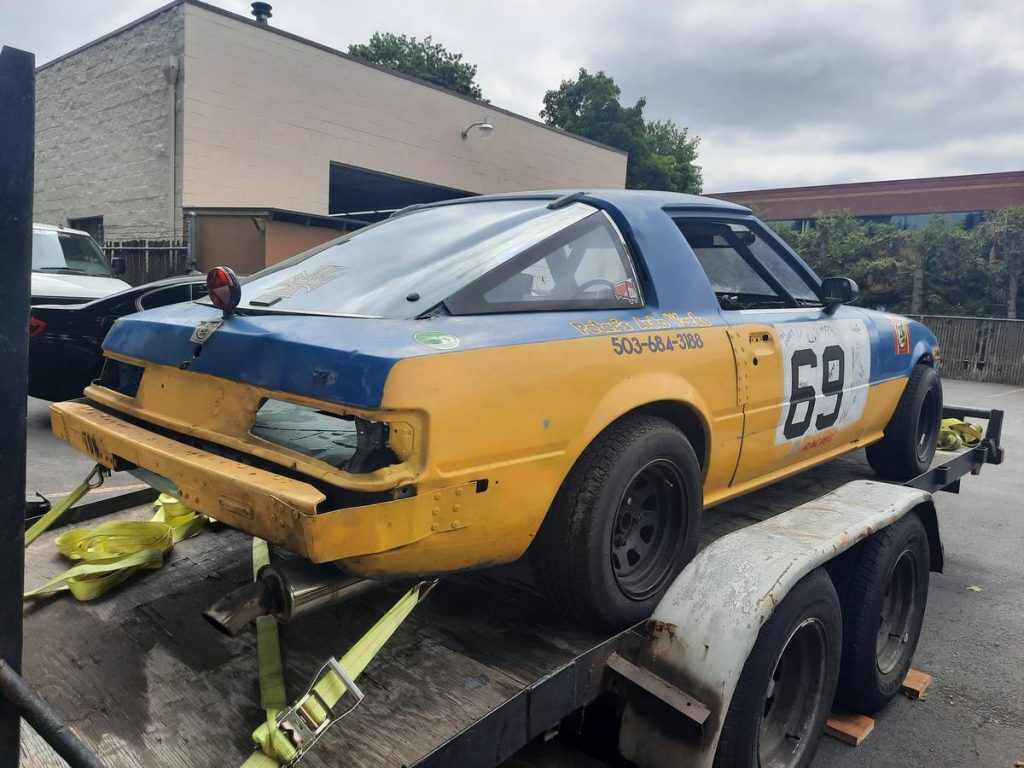 At first I thought this was our first rotary, but I seem to recall an RX-8 a while back. (Good grief, it’s only been three months, and I can’t even remember all the cars we’ve looked at.) I like this car a lot more. I’ve always admired the first-generation RX-7. Light, trim, and sleek, this would be the rotary-powered Mazda I would choose. Yes, even over the twin-turbo third generation RX-7 that everyone else lusts after. 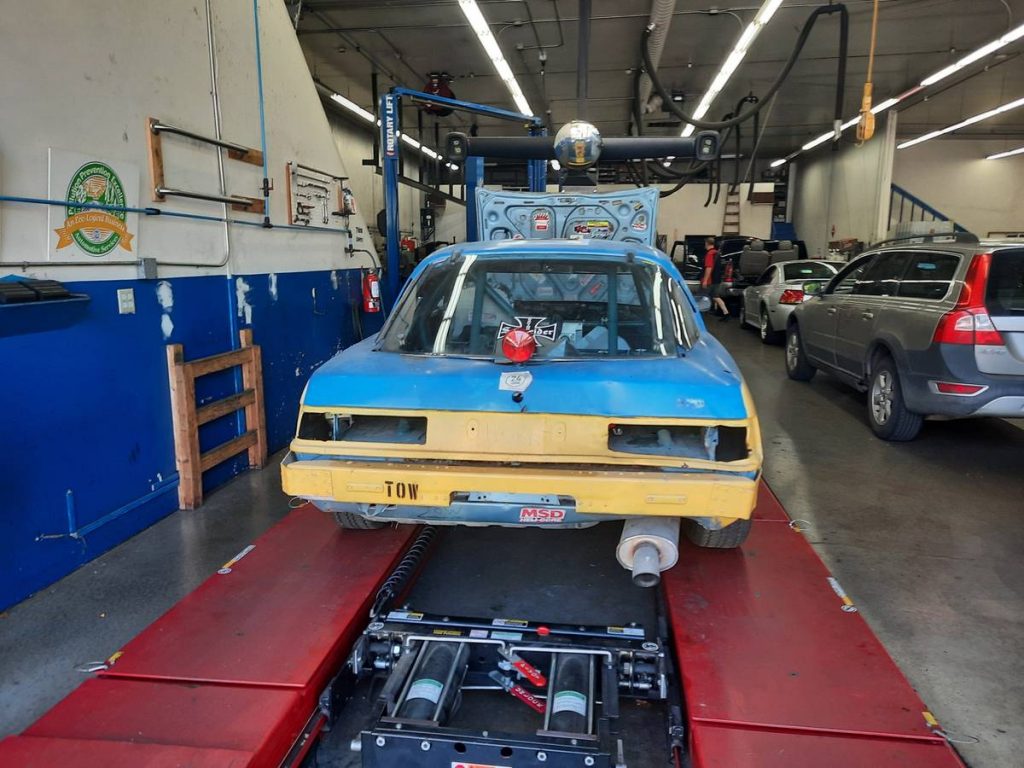 This particular RX-7 is a bit of a one-trick pony now, of course. It has competed in the 24 Hours of Lemons three times, according to the ad (though they don’t specify whether it actually finished any of them), and passes tech just fine. Again, it’s cheaper to start out with something already race-prepared than to do it yourself, especially at this price. 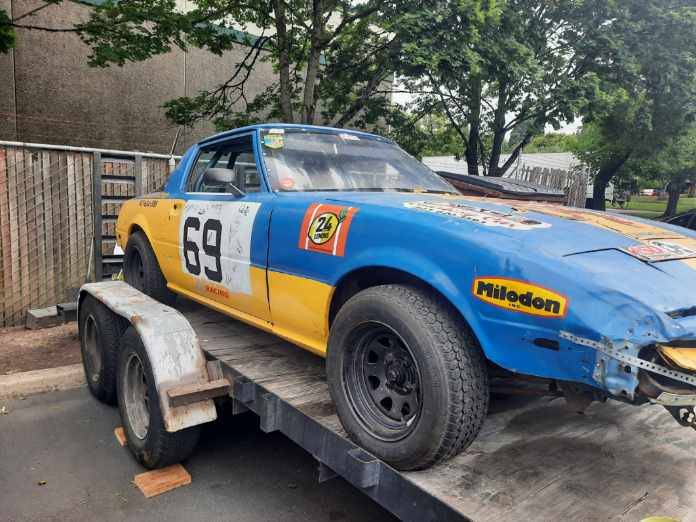 The 12A rotary engine runs, but needs a new alternator and (I presume) a clutch master and slave cylinder. No word as to the engine’s compression or overall condition, but the 12A was not as fragile as the later Renesis rotary so notorious for making cheap RX-8s. It’s not a powerhouse, but it’s reasonably reliable, which is what you want for an endurance racer. 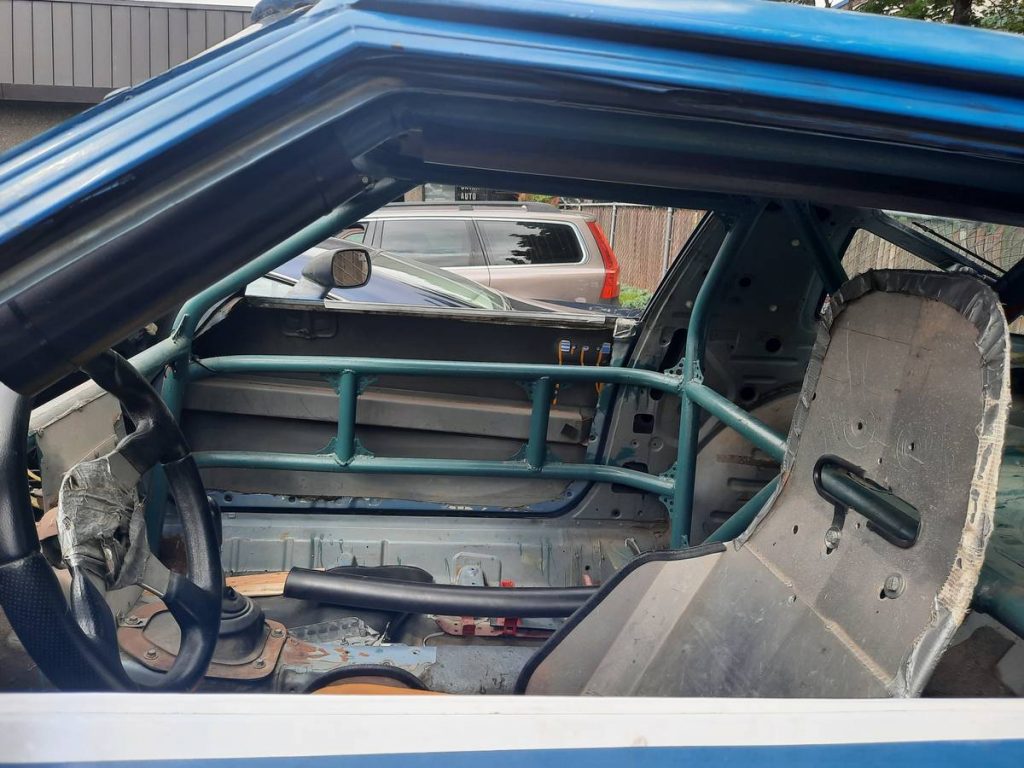 Inside, of course, it’s all bare metal, and I can only imagine what the drone of that rotary sounds like inside this tin can. You’d want to wear a helmet in this, even if you weren’t required to, just to muffle the noise. 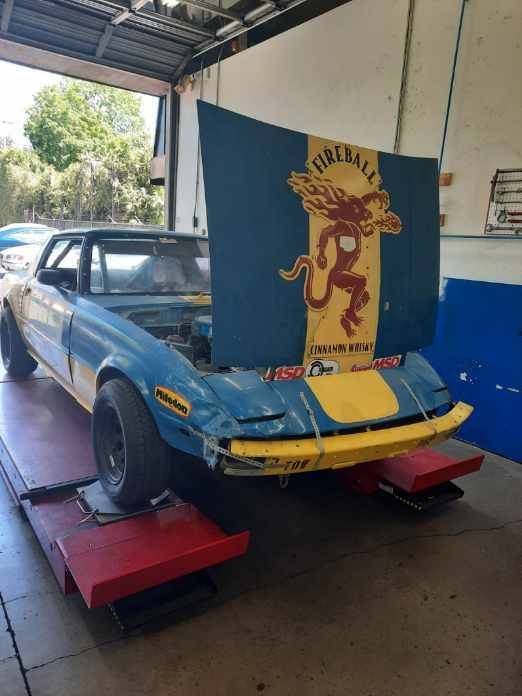 But a running race car for only a grand is filling my head with all kinds of terrible ideas. I don’t have the money or time to go racing, even Lemons, but I can’t deny the want is strong here. I have no place to put it, no time to work on it, and no idea how to even begin anyway. Clearly the only solution is for someone else to buy it, right now, so I can’t.

And there they are: a rare high-performance Mercedes and a rev-happy Mazda sports car, both set up for the cheapest form of racing around. I know which one I want, but how about all of you?

Pacific Northwest-based self-taught DIYer of all the things. Current fleet: 1971 MGB GT, 1989 Chevy K1500, 2013 Chrysler 300C, 2003 Infiniti QX4, and 1966 Aristocrat Land Commander trailer. Not to mention about 40 RC cars and around 100 model kits...
Read All My Posts »
PrevPreviousCold Start: I Don’t Feel Safe
NextMeet The Adults Who Build Miniature Worlds So Their Meticulously-Crafted Toy Cars Will Look Real. I’m One Of Them.Next