Earlier this month, the District of Columbia voted to significantly restrict the single greatest American contribution to motoring – turning right on a red light. Local news channel WUSA9 reports that the bill still requires mayoral signing and congressional review, and even if it gets through those steps, it won’t take effect until 2025. Still, turning right on a red light has been a mainstay of American driving for decades and offers some significant advantages.

Since turning right on a red light is far from a universal experience, here’s how it works in much of America: Flick on your right indicator, come to a complete stop, ensure no signs indicate that you can’t turn right on a red light, yield to pedestrian and vehicle traffic, then proceed when safe to do so. Pretty simple, right?

Opponents of turning right on red lights cite pedestrian safety, and they do have a point. Speaking with local news channel WTOP, councilmember Mary Cheh said that after right turns on red lights were prohibited at 100 intersections, “There were far fewer conflicts between cars and people, more cars yielding for pedestrians and generally safer conditions.” While drivers turning right focus on traffic coming from the left, pedestrians are free to cross with the light from the right, creating a path-of-travel interference.

As a Canadian, I should note that there used to be a time not too long ago when it was illegal to turn right on a red light anywhere in the Canadian province of Quebec. In 2003, traffic laws were amended to permit right turns on red lights virtually everywhere in Quebec save for on the island of Montreal and a few prohibited intersections. CTV News reports that in the decade that followed, being able to turn right on red lights led to six deaths and 30 serious injuries. Being able to turn right on a red light seems to have a human cost, but it’s just not that simple. 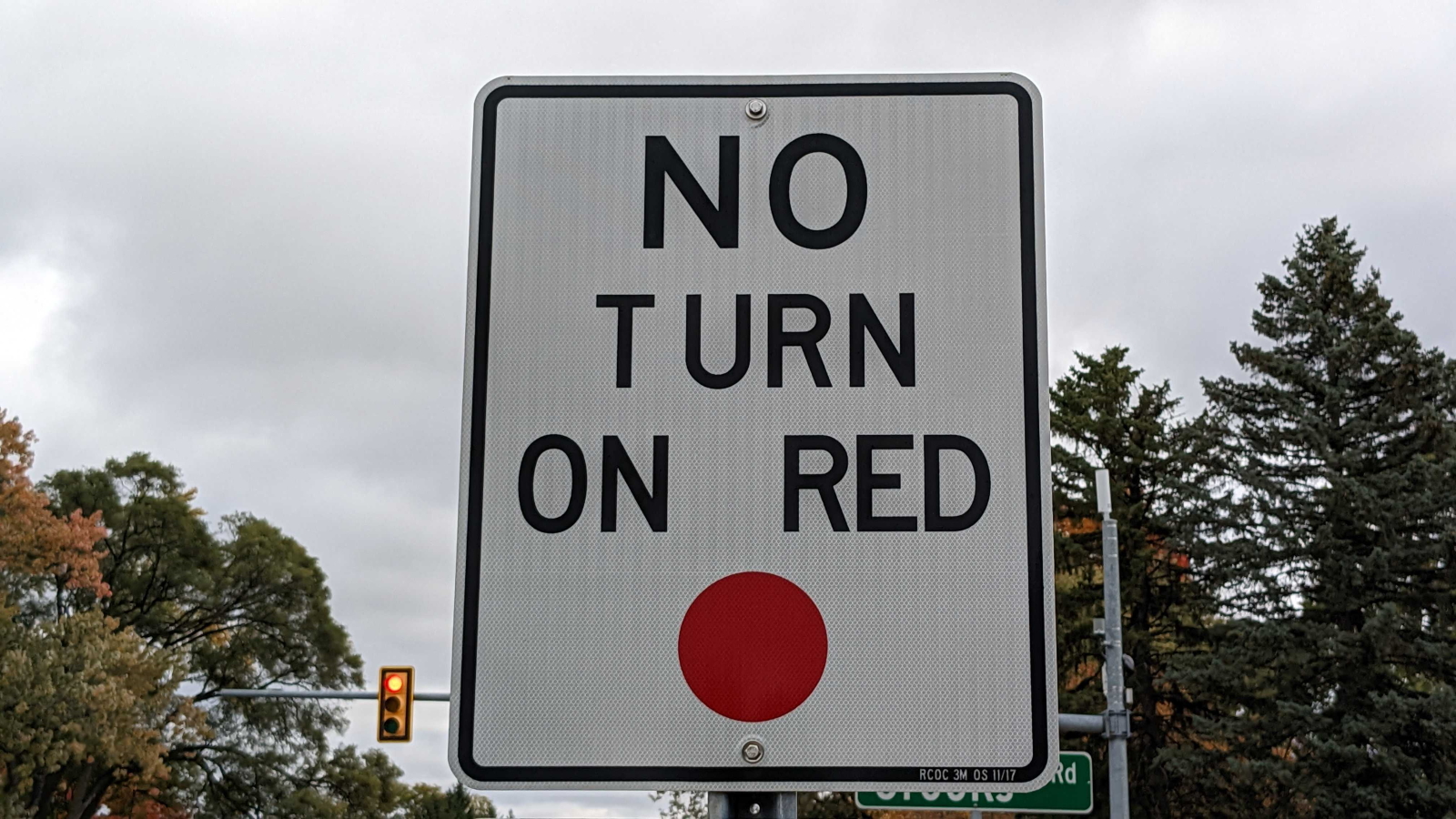 Then there’s a matter of why America implemented right-turn on red permissions in the first place. See, the American government initially recommended implementing right-turn on red permission to save fuel. The Department of Energy says that turning right on red saves between 1 and 4.6 seconds of a driver’s time compared to waiting for a green light. That may seem inconsequential, but it really adds up over the millions of right turns made every day. In addition, combustion-powered vehicles get their worst fuel economy when idling — after all, if your engine’s on and you’re not moving, you’re literally getting zero mpg.

UPS knows this, so the courier company adjusts driver routes to primarily take right turns. Boston.com reports that in 2007, UPS saved 3.1 million gallons of fuel and prevented 32,000 metric tons of emissions by optimizing routes for right turns. That’s a lot of carbon dioxide and other nasty pollutants not pumped into the atmosphere thanks to turning right on red lights. While not every death due to air pollution is caused exclusively by vehicle emissions, it’s reported that more than 100,000 Americans die from air pollution every single year. It’s not just a simple open-and-shut case of saying that turning right on red lights is killing people because idling also kills people. The human cost of air pollution isn’t nearly as visible as tarps on crosswalks, and we just don’t have enough data to say which is more harmful.

[Editor’s Note: I frequently travel to Germany, where right-on-red is prohibited. It’s a bit maddening, but then, they have traffic circles instead of stop signs, plus they have unlimited-speed highways, so in the end I think it’s a wash. I’ll also note that, having driven in Washington D.C. quite a lot during my college days (I drove from Charlottesville to see a girl in Georgetown for a year or so), I know that Washington D.C. driving is horrible. It’s the only place where I literally had to beg someone to let me into a lane (they bargained with me, saying they’d do it if I gave them directions). In any case, it’s a small city, it’s a traffic-ridden city, it’s a pedestrian-laden town — I don’t really think this no-right-on-red thing is too huge of a deal in this particular place. But that’s just one person’s opinion. -DT]

Will DC voting to limit drivers’ ability to turn right on red lights trigger a wave of cities restricting right turns on red lights? It’s possible. The District of Columbia’s decision comes as part of Vision Zero, an initiative that started in Sweden with a goal of eliminating all traffic deaths. While many cities have taken a shining to Vision Zero, the end goal likely isn’t feasible, and Vision Zero’s fatality reduction targets have a hit-or-miss track record. Under Vision Zero principles, Sweden committed in 1998 to having fewer than 270 road fatalities in 2007. The actual number of fatalities on Swedish roads in 2007 was 471.

Being able to turn right on a red light when safe is a useful tool in reducing congestion and energy consumption. It’s also not perfect, as it does present a path conflict. However, under most circumstances, the benefits appear to outweigh the downsides. As ever, the best solution is better driver training, although given how resistant America is to that idea, it likely won’t happen any time soon.

Thomas is a Nu Rave-blaring, heel-toe downshifting, maple syrup-swilling, chassis-geeking, junkyard parts-hauling, floppy-haired scenester who's been writing about cars since college. His current ride is a 2006 BMW 325i with the six-speed manual gearbox. Instagram: @thomas.hundal Twitter: @thomashundal
Read All My Posts »
PrevPreviousHyundai Flexes Their Design Chops With Their New Flagship, The Grandeur
NextHere’s A Look Inside The World’s Quirkiest Car Museum’s Cabinet Of Bizarre KeysNext