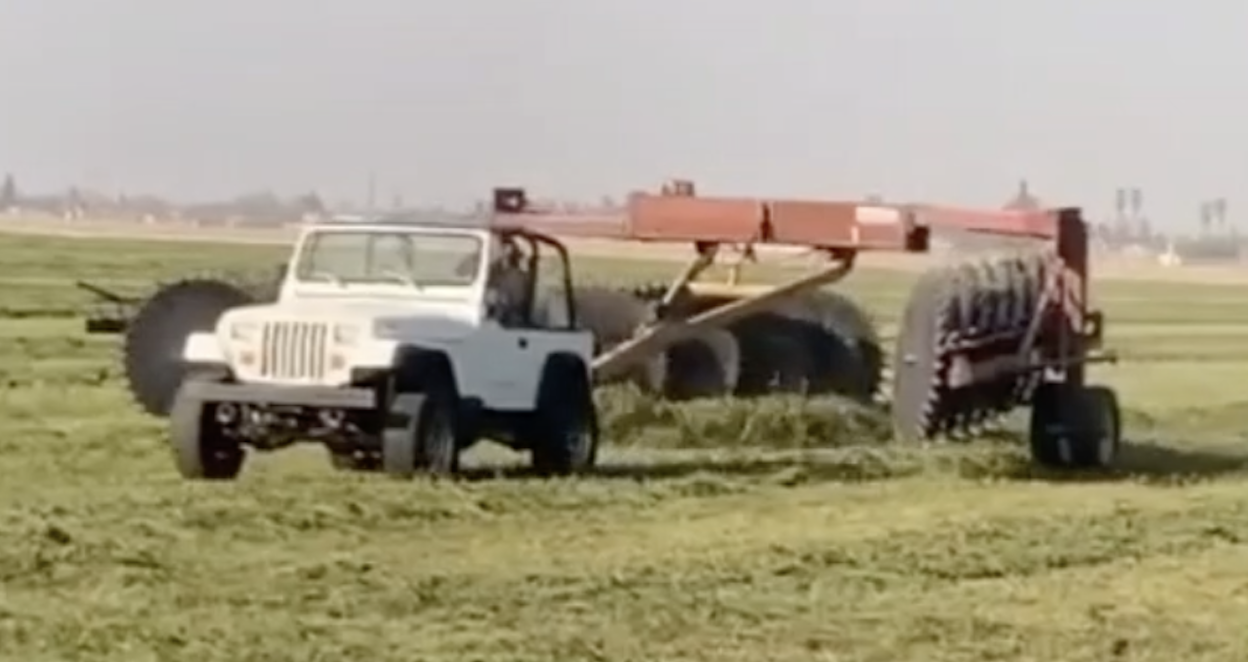 Jeep Wranglers have never been advertised as farm vehicles. Since debuting for the 1987 model-year Jeep has advertised them as off-roaders and daily-drivers, but not anything that’s going to tow a farm implement. That didn’t bother this owner in California, as he hooked up a hay rake like an absolute legend. Check it out.

I spotted this video on cristian_ybarra_bermudez’s Instagram page. He told me he saw this white Wrangler YJ towing a hay rake on the outskirts of Tulare, California. “I was on my way to pick up power tools and when I was driving, I noticed some John Deeres pulling those rakes,” he told me over an instant message. “And as soon as I saw that Jeep, I couldn’t believe it. I pulled right over and started recording.”

Here are his clips of the Jeep tugging the hay rakes:

The Jeep in question appears to be a post-1991 Jeep Wrangler YJ with half doors, some aftermarket alloy wheels, and a slight lift. It’s a nice setup, though far from a tow vehicle with its low curb weight and short wheelbase. For a raking job, though? Seems to do just fine: 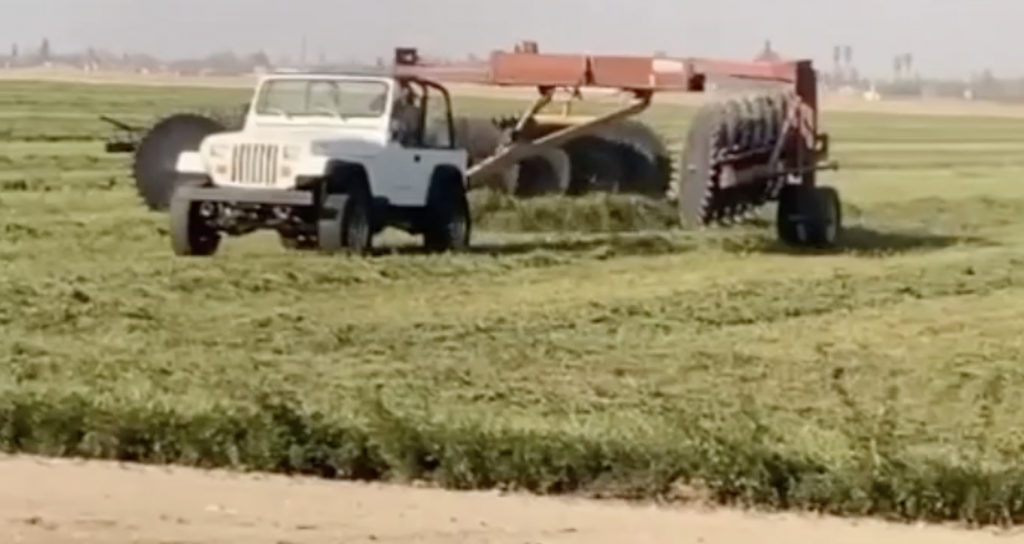 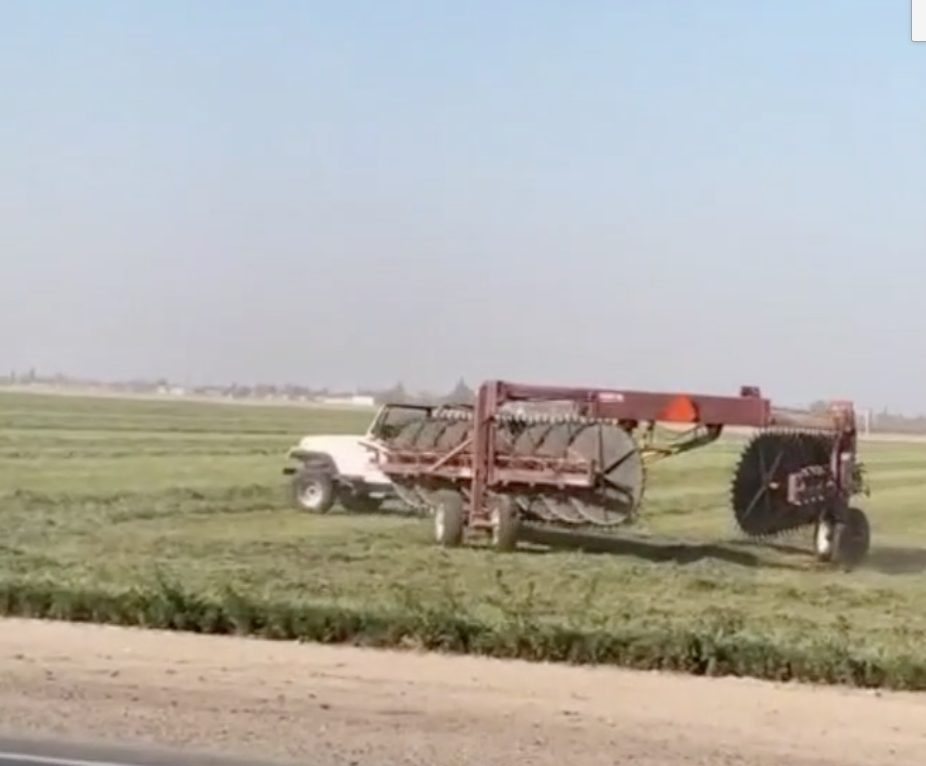 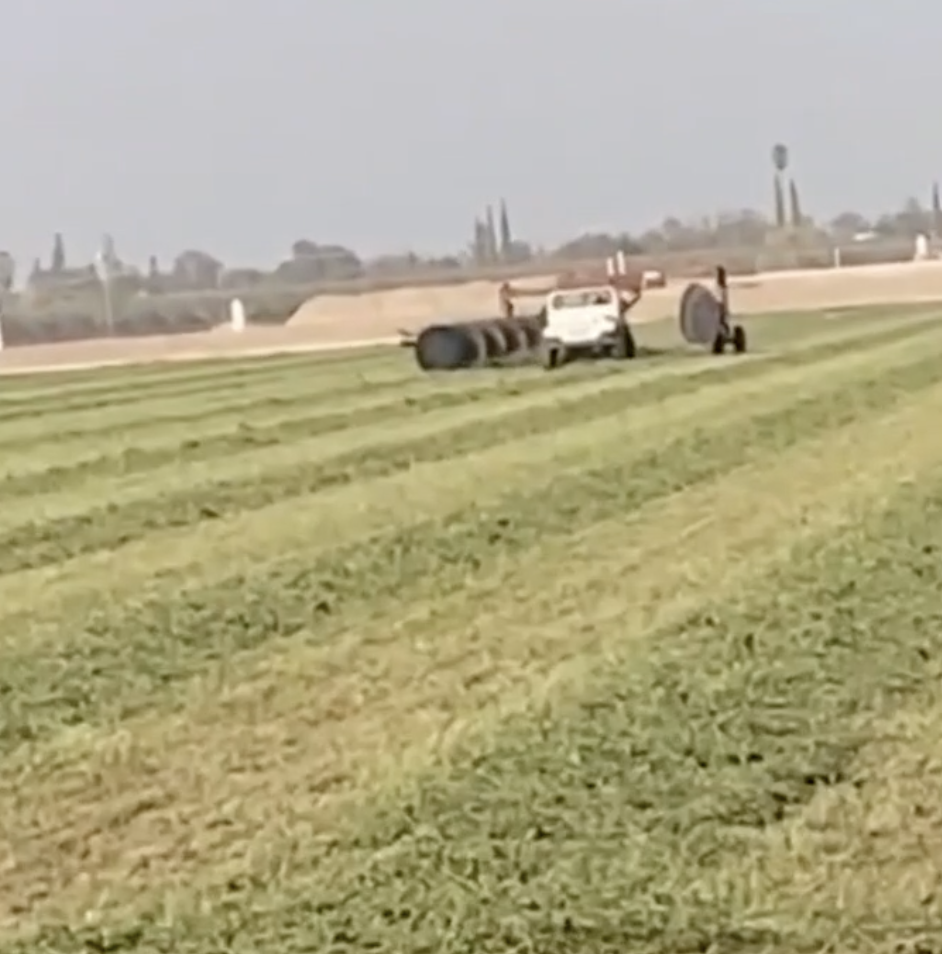 Some of  you Jeep fans may have read my intro paragraph and rabidly started smashing your keyboard, typing out “YOU’RE A FOOL DAVID,” and though I think that’s a good instinct to have when reading my work, in this case my claim that Wranglers were never marked as farm implements is technically correct, because the early convertible Jeeps that Willys-Overland sold to farmers were technically CJs, not Wranglers.

Still, let’s use this as an excuse to look at old Willys Jeeps doing work on the farm, courtesy of some vintage ads: 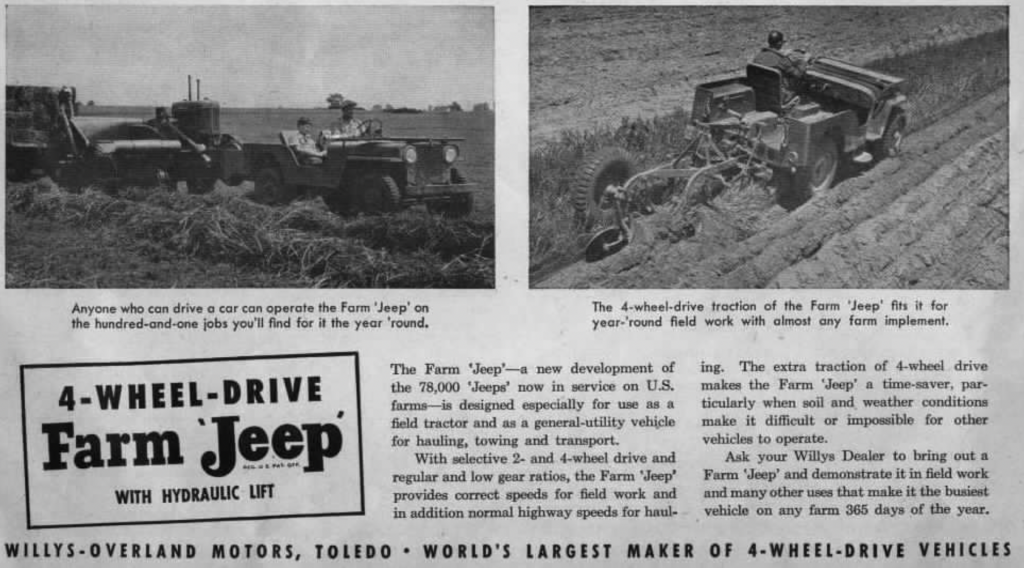 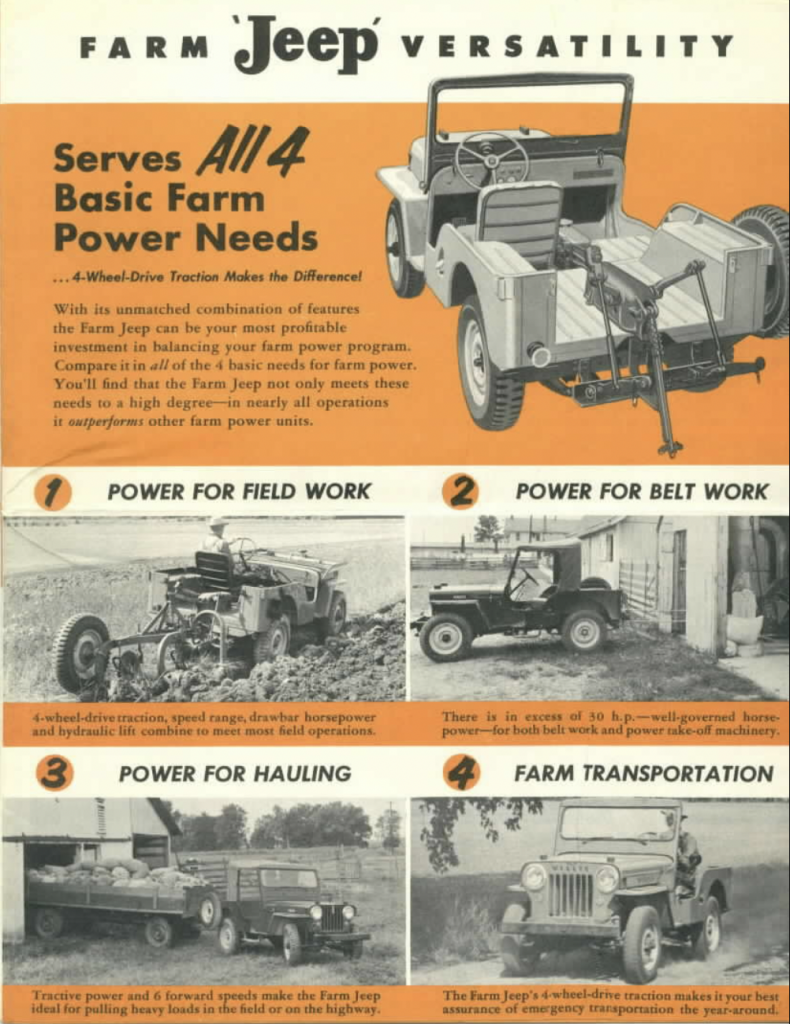 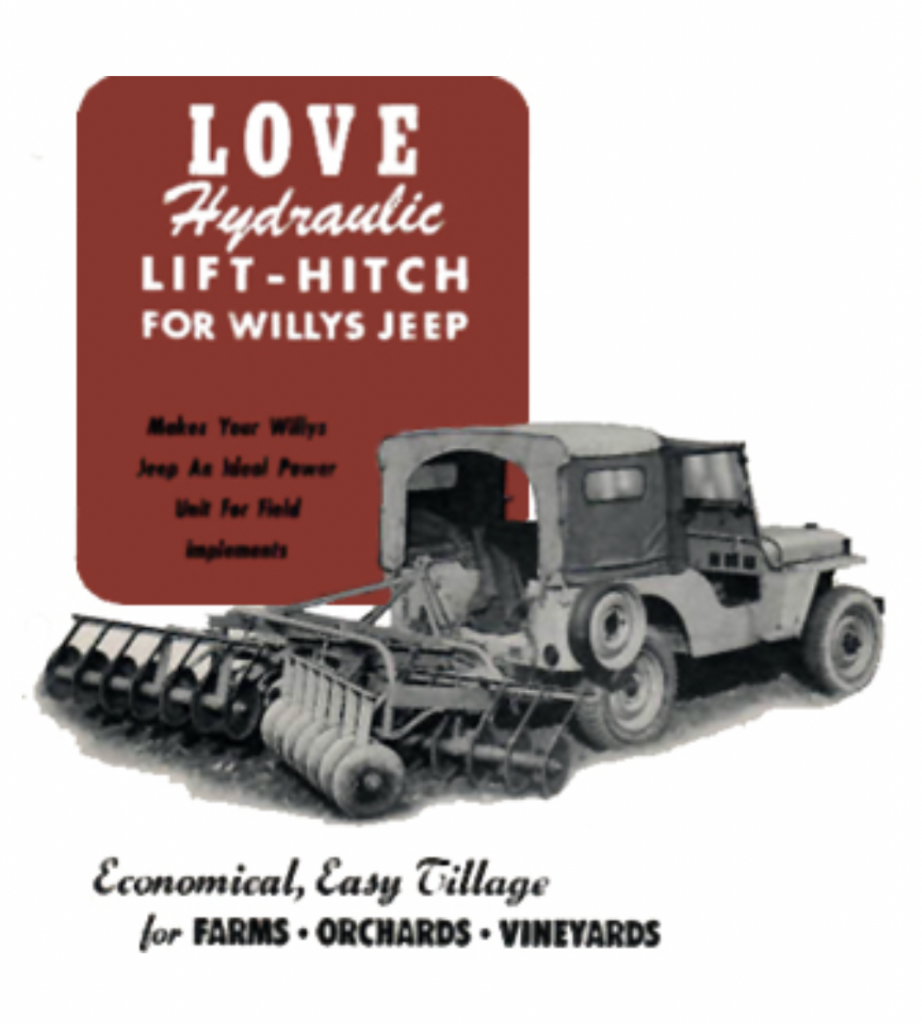 And here’s a great Jeep farm-implement show that happens in Ohio, and that I attended a few years back:

Willys Jeeps were built for the farm, and the YJ definitely traces its roots to those old CJs, so it’s nice to see the 1990s machine showing off its ancestors’ skills.

Rust-loving Jeep man, cofounder and EIC of The Autopian, Jason's friend. Email: david@autopian.com
Read All My Posts »
PrevPreviousTesla Rear Side Marker Lights Are Having Problems In China And That’s A Big Deal Because We Love Side Marker Lights
NextHere’s A Look At The Incredible Car Accessories That 1970s Blaxploitation Movie ‘Super Fly’ InspiredNext