Watch Matt Farah Sit In The Peel P50, The Smallest Production Car Ever

We at The Autopian will not stand for the slander against the mighty Peel P50. It may be a microcar on the outside, but it is truly a macrocar on the inside. To prove this, here’s video of The Smoking Tire‘s Matt Farah gliding into the Peel with his masculine frame during our first Autopian West Coast reader meetup.

What you see here is an original, non-recreation 1962 Peel P50. This little three-wheeler was designed by a British car company to serve as an efficient runabout. It’s cute and tiny, but not so tiny that it can’t fit a full-sized human person like Matt Farah.

[Editor’s Note: I cant just let that brief description be all we say about the Peel P50! The P50 is the smallest production car ever, and while punishingly austere and minimal, it’s an extremely clever design. You can imagine the design process started by getting a guy in a chair, sticking a little moped engine and a tiny gas tank next to him, then drawing a box around the whole thing. It’s a study in the least you need to make a viable car, and it works, in its way. Peel made about 50 of these on the Isle of Man, a bit over half of which still survive today. I have nothing but respect for this incredible, absurd little thing. – JT] 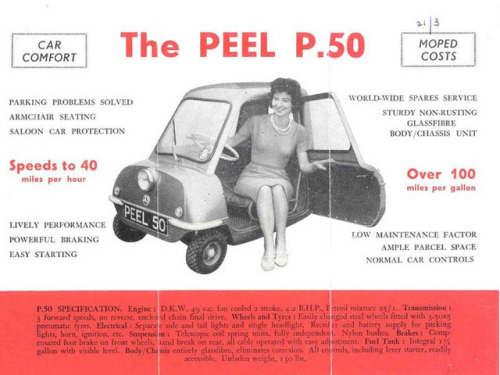 While it’s not as roomy as the Pao Matt’s wife Hannah drove up in, it’s the ideal car for the bachelor on the go. It’s kinda hard to believe we aren’t all driving Peel P50s. 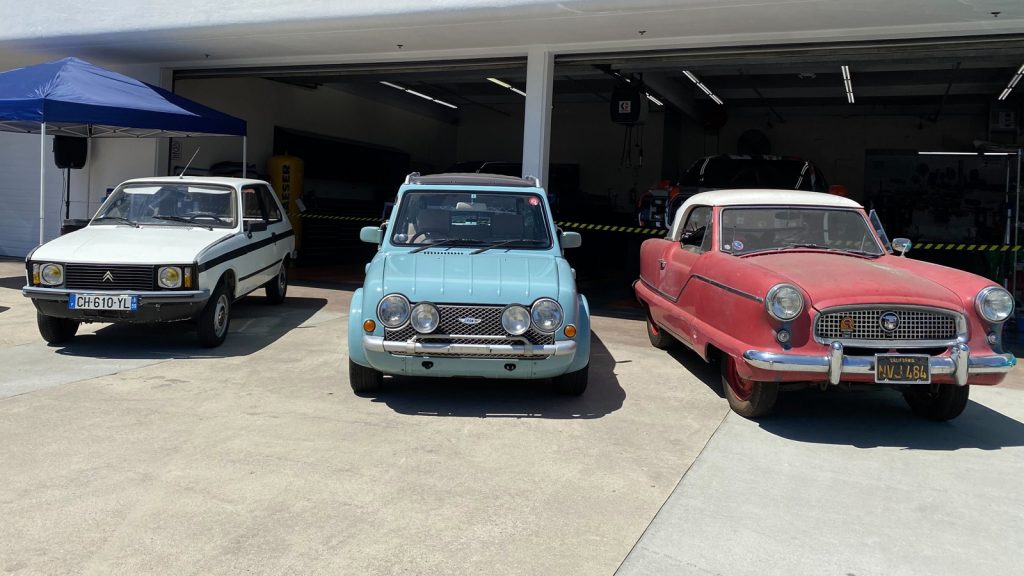 [Editor’s Note: Hold on, we can’t just ignore my Nash Metropolitan. It’s right there in the picture. It’s humongous, and I didn’t think I’d ever say that about the Met, but it just is. Compared to the Peel it’s the Titanic, and even compared to the Pao it’s a bit of a Snorlax. That’s good, because it’s going to be my LA daily driver, even though loads of people at the car show were telling me that LA sans air conditioning is a death-wish. We’ll see if they’re right. Maybe I’ll install a swamp cooler? Of course, those only work when you’re moving, which isn’t always guaranteed in LA. In fact, it’s guaranteed that I’ll often be stationary. Hmm. 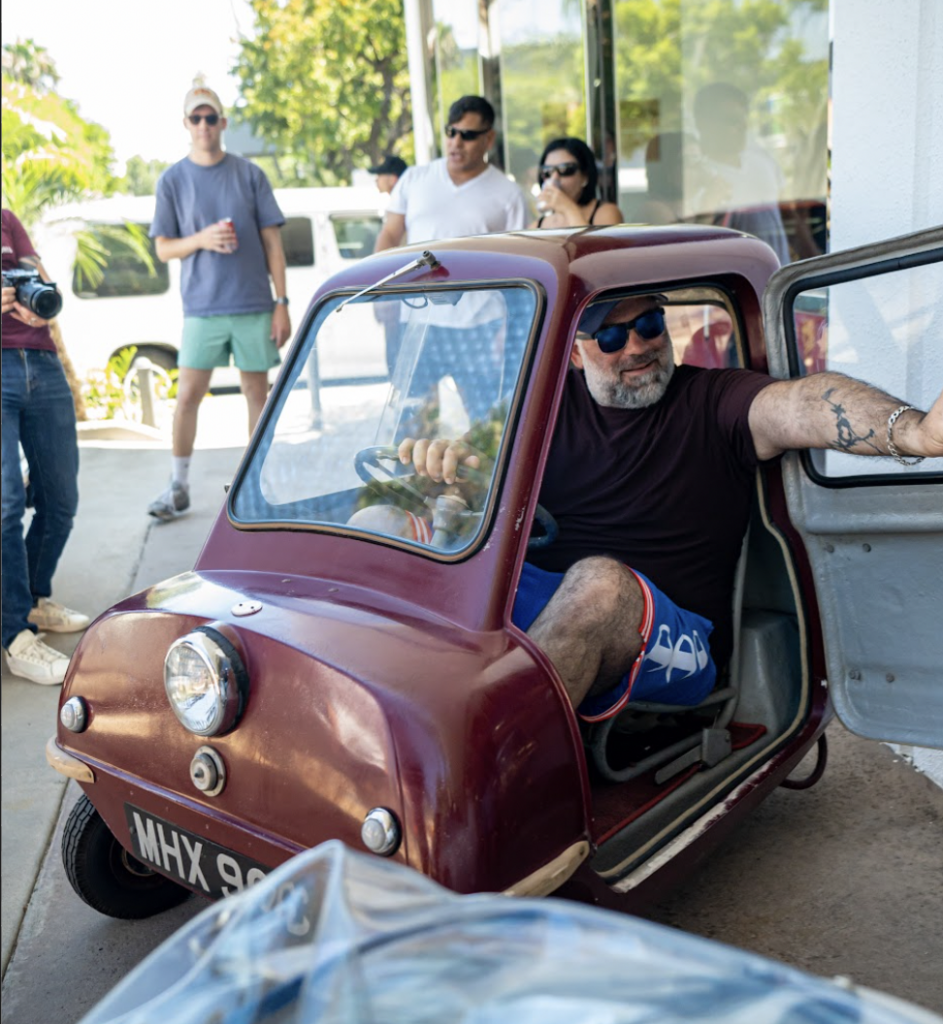 Anyway, back to the Peel: Matt looked remarkably comfortable in that thing, even though it’s the smallest production car ever. This is a reminder of just how important clever packaging and overall vehicle geometry is when it comes to interior volume. That boxy, upright shape really does seem to have been built around a man sitting in a chair. Matt is fairly tall and medium build, so I bet I’d fit in that thing great. A giant football linebacker or a super-tall basketball player? Maybe not. But honestly, I think the vast majority of folks would have knee and headroom to spare in this little 49 cubic-centimeter DKW two-stroke powered 40 MPH machine. It’s awesome. -DT].

Howdy! I'm the Publisher of The Autopian which means I'm to blame for at least a small part of this. I used to run another car site and then made movies and TV shows. Now I'm here to convince you to buy a Peugeot.
Read All My Posts »
PrevPreviousYou Can Now Buy A Carbon Fiber 1970 Dodge Charger Body Directly From Mopar For The Muscle Car Build Of Your Dreams
NextWatch Our Own David Tracy Fix An Incredibly Rare $2 Million Car At Pebble BeachNext