Why China Sold Four Different Generations Of Hyundai Elantra In 2016 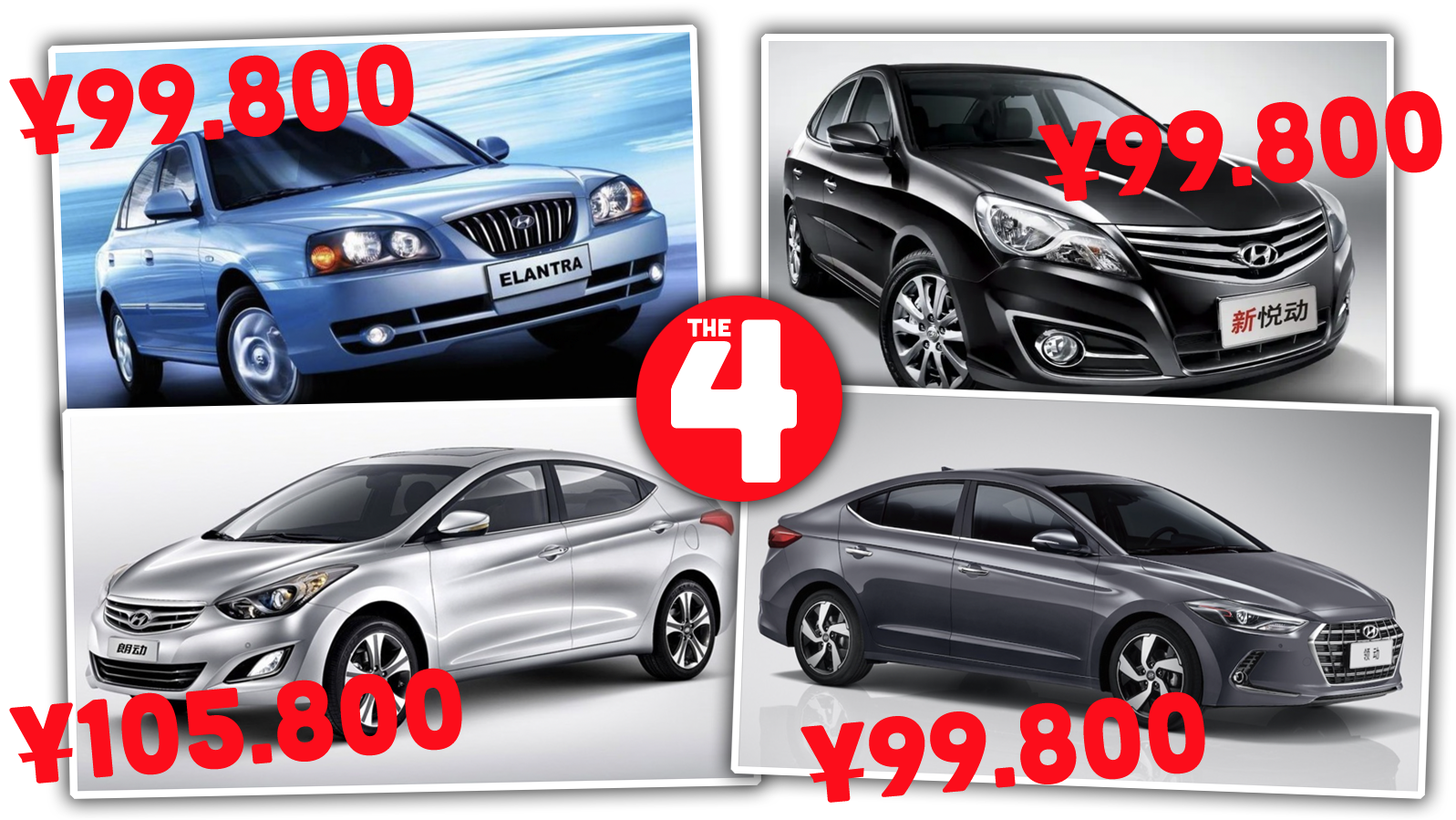 In 2016, Chinese car buyers were in great luck if they fancied a Hyundai Elantra. In that year, buyers could choose between four (04!) generations of the Elantra sedan. To be clear: We are not talking about trim levels, engines, or colors. Nope. Hyundai was selling four different generations of the Elantra in China — at the same time, in the same market, and all made by the Beijing-Hyundai joint venture. How did this happen, what were the cars, and which Elantra is best? Let’s get into it.

How Did This Even Happen? 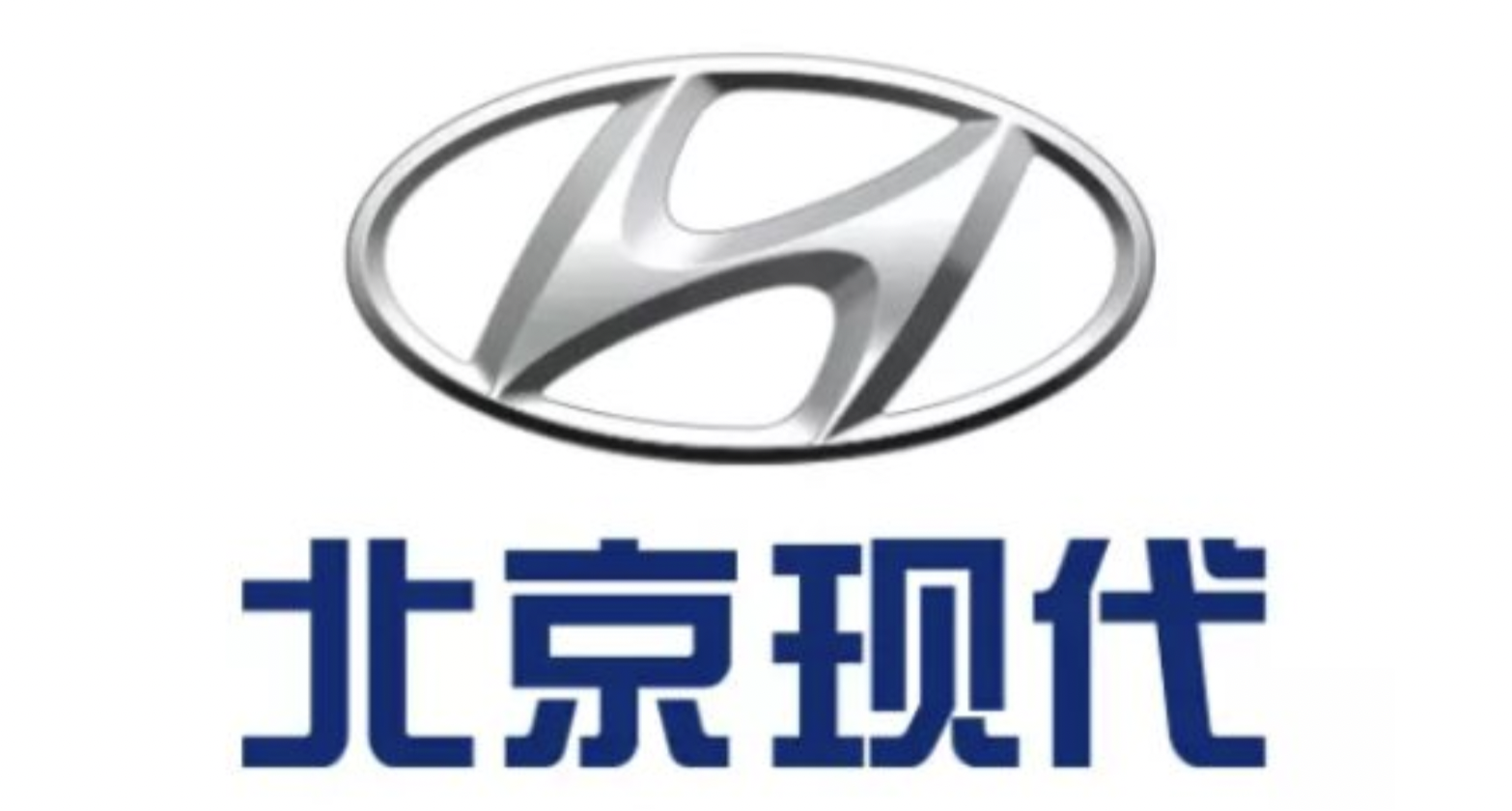 The Chinese car market is loaded with wonder; cars built on ancient platforms, cars running on all sorts of fuel, cars with all kinds of looks, and cars made by any kind of company that might also manufacture something completely different. Part of why car culture is so interesting there has to do with a unique joint venture system that required foreign automakers to partner with Chinese ones; the foreign side was allowed no more than 50% of the shares.

This system was recently updated somewhat, allowing foreign automakers to hold a larger share in a joint venture and even to fully own a car-making operation, like Tesla does in Shanghai. However, the vast majority of the Sino-foreign joint ventures are still 50-50 owned. These equally-owned JV’s are odd and extremely interesting corporate identities. Under Chinese law, such joint venture companies operate independently from the foreign partner, with their own planning, boards and budgets.

In its basic form, the foreign partner provides the cars, technology, and production know-how. The Chinese side provides the land, factory, workforce, and all the necessary permits. The original idea behind a joint venture was that the Chinese side would learn from the foreign side and eventually produce its own cars. That worked for a while in the very early joint-venture days of the late 1980’s and 1990’s, but when China’s car market started to grow and profits started to balloon, most of the Chinese partners were happy with the money and didn’t bother to develop their own cars anymore.

When Production Stops Elsewhere, It Often Continues In China

This was a very good deal for a joint venture, which got an entire car all to itself without ever having invested in its development. So after earning back the money the venture paid the partner for the rights, the joint venture just enjoys fat profits on these older cars. Logically, they loved that. So they wondered: Why stick with just one last-generation car if you can have more?

This smart thinking led to a situation in which joint ventures would get the rights to multiple generations of the same car. To milk it to the max, they would produce each generation as long as they possibly could. I always call these the “Multiple Generation Cars of China.” But that was not all; China being China, the joint ventures would also develop new variants based on these old cars, or they would stick a new badge on it and sell it under another brand.

In this article, we take a look at the multiple generations of Hyundai Elantra sedan made in China by Beijing-Hyundai, or Beijing Hyundai Motor Co., Ltd. in full. This Chinese-Korean joint venture was founded in 2002; its first car was the Hyundai Sonata EF. Initially, the business was quite successful, but in the late 2000’s it missed out on the SUV craze, and in the mid 2000’s it completely missed out on the tidal EV wave. Beijing-Hyundai fixed the SUV problem but it’s still far behind on EVs, selling only a bunch of China-only HEVs and EVs based on gasoline cars. The fancy Hyundai EVs we know in the U.S. and Europe are yet unavailable in China.

Let’s Talk About The Cars

Here’s a look at the four generations of Hyundai Elantra in China in 2016.

The 2016 Beijing-Hyundai Elantra was a continuation of the third generation Hyundai Elantra (XD), which left the South Korean and U.S. market a decade prior. Production in China started in 2003, with updates in 2007 and in 2011. So in 2016, it had been in production for 14 years. Design of the front and rear was modernized with fancy new bumpers and lights. It didn’t really look that much like the original anymore. 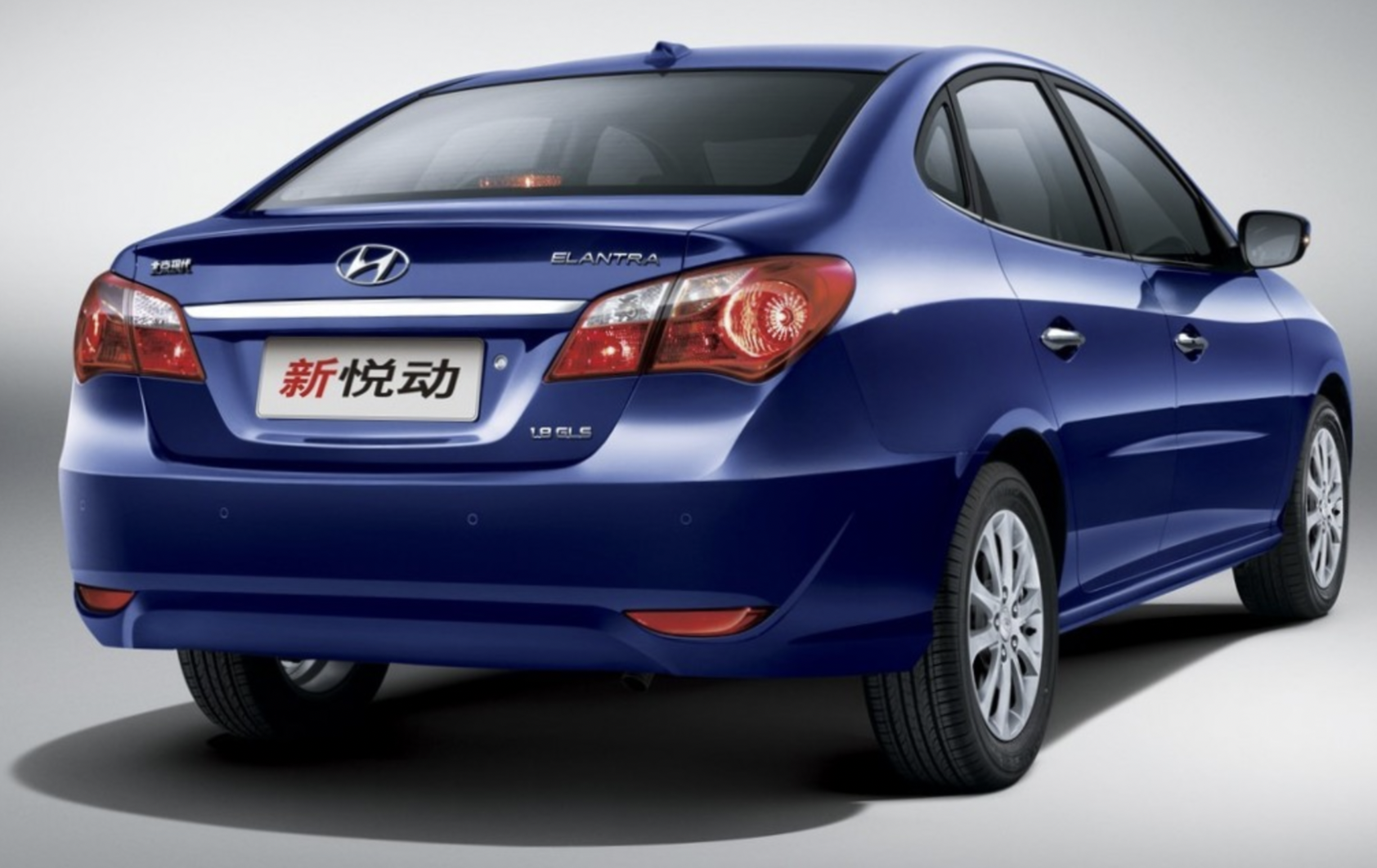 The Hyundai Elantra Landong was the Chinese version of the fifth generation Hyundai Elantra (MD/UD). Production at Hyundai in South Korea started in 2010 and ended after the 2015 model year (same for the U.S. market), and production at Beijing-Hyundai in China started in 2012 and continued until 2018. So in 2016, it was the third Elantra on the Chinese market after the Elantra and the Elantra Yuedong.

The Elantra Langdong was a more modern looking vehicle compared to its slightly smaller Elantra stablemates. Perhaps a tad too modern for the market, as it never gained the popularity and sales of the other two. There was just one engine option: the same 1.6 as in the Yuedong, with a slightly improved output of 128 hp and 156 Nm. It came with a 6-speed manual or 6-speed automatic. Prices ranged from t to 127.800 yuan (15.930 – 19.246 USD in 2016).

In case you wonder why the prices have so many eights and nines: both are lucky numbers in Chinese culture. Eight is associated with prosperity and nine with long lasting. These numbers are used in the pricing of all expensive consumer goods, ranging from cars to TV sets and even housing. Car makers dump 8’s in the price of any model. They especially go at it when launching special editions, for the Chinese New Year for example, with prices like 188.889 yuan and the like.

Those were the four Beijing-Hyundai Elantra sedans that were on sale in China at the same time. Now it is time to give our 2016 Chinese car buyer some sound advice. Which Elantra should he buy? A handy table always helps in this kind of difficult situation.

Tough a choice! Rationally, the Elantra Langdong is probably the best deal. It has a decent size, a decent engine, and a decent price. Plus, it has been on the market for five years, so most problems are ironed out and spare parts are cheap. But the mind ain’t alone; the heart is there too. And what can be cooler than buying a new 14-year old car? Only three horses less than the Langdong, just a little smaller, $1500 cheaper, the local mechanic down in the village will fix it for next to nothing, and pops and mom will applaud the Elantra’s traditional sedan design. Well, we got our winner: the Elantra it is. 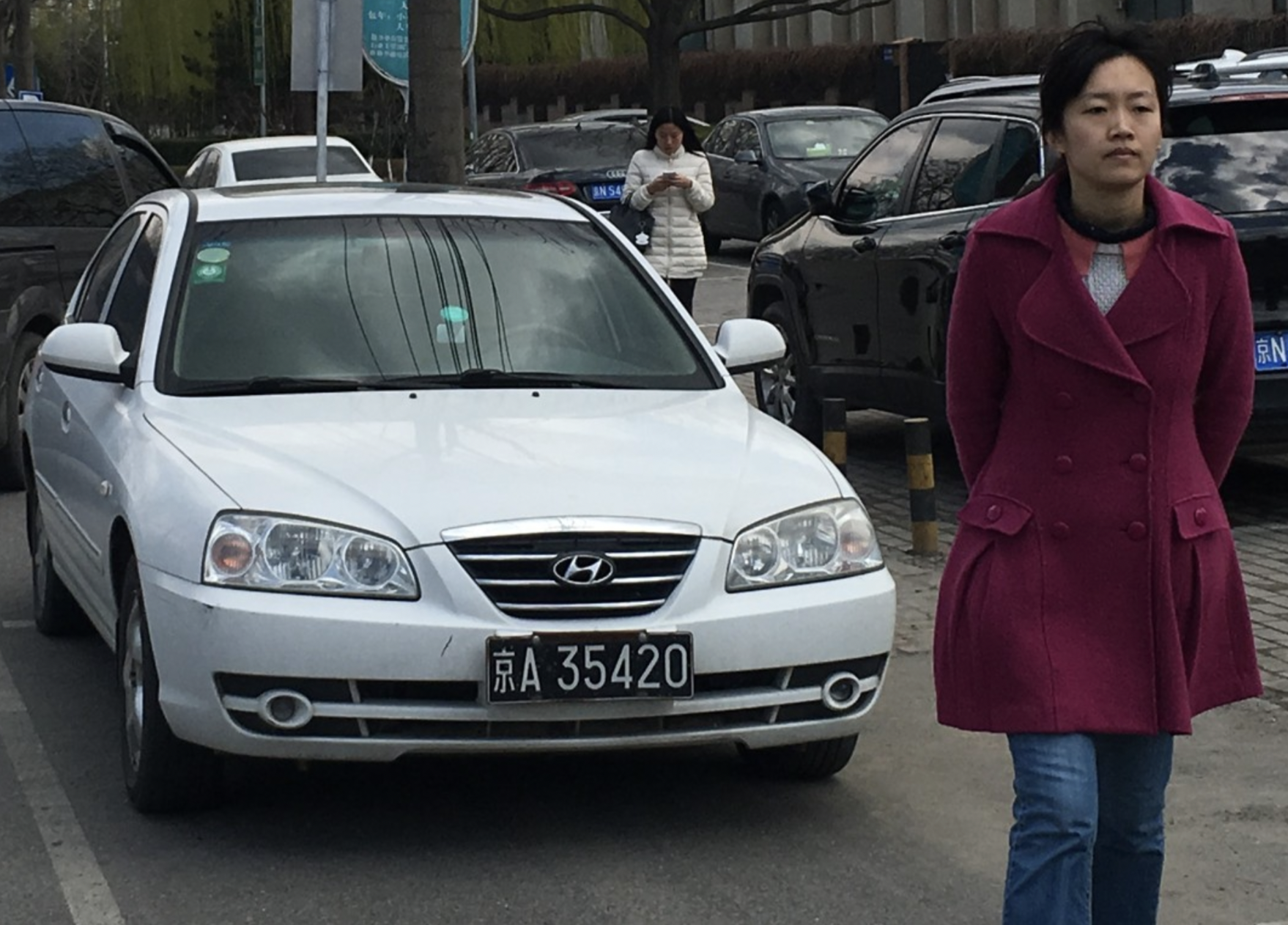 Even today, as of April 2022, the Elantra is still sold in multiple generations in China. Just not in four generations as in 2016. That craziness is long gone. Nowadays, things are much more rational: You can only get three.

The Beijing-Hyundai Elantra Lingdong is still in production but only as a PHEV. The Elantra Lingdong PHEV launched in 2019 and was developed specifically for the Chinese market by the joint venture. It isn’t marketed anywhere else. The PHEV combines a 1.6 four-pot with an electric motor, good for a total output of 165 hp. Pure electric range is 85 kilometer. Price starts at 157.800 yuan (24,798 USD). Production of the gasoline powered Elantra Lingdong ended in 2020. 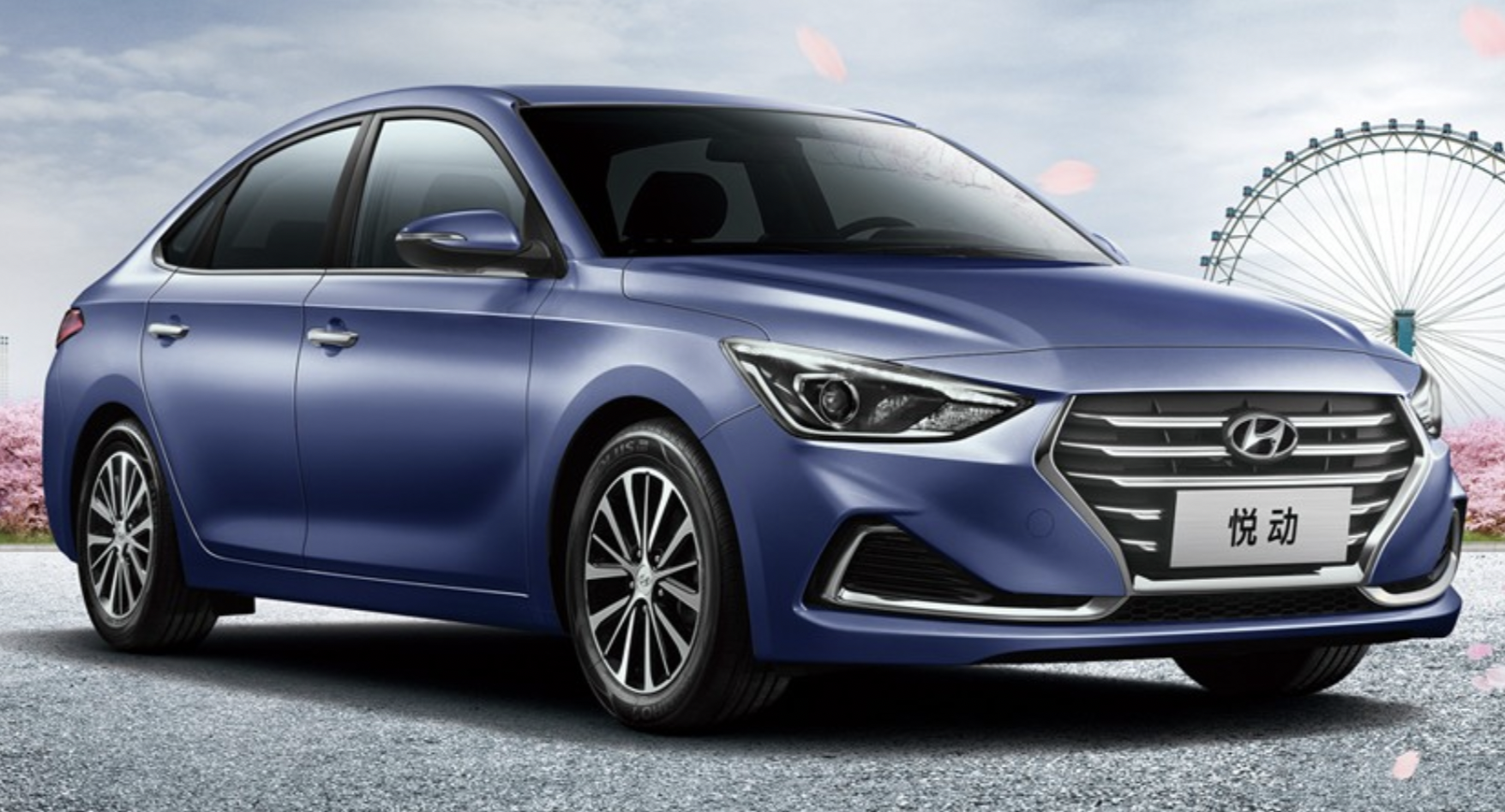 In 2017 the Elantra Yuedong received a major update and it got a new English name: Celesta, but the Chinese name remained the same. This car is still in production today, with an all new design that makes it look just modern enough. It is based on the same old platform and still uses the 1.6 liter engine, now with 123 hp and 150 Nm. Yes, the same number of horses as in 2016 but with 5 Nm less. That’s progress, Beijing-Hyundai.

Are there any other examples of multiple generation cars in China?

More on those vehicles in a later story.

An expert on Chinese car culture.
Read All My Posts »
PrevPreviousThe Straight Six Engine Is Back With 510 HP In The Huge New Jeep Grand Wagoneer L
NextIf You Can Guess Exactly How Much This 1966 Ford Mustang Weighs, We’ll Give You A PrizeNext