According to the wind, Italy’s most daring sports car was designed by Franco Scaglione himself in 1968, just a year after he penned the Alfa Romeo 33 Stradale. It had V6 power in a fiberglass body, along with experimental turbocharging for more arrabiata. But what was this car, and why has almost nobody heard of it? 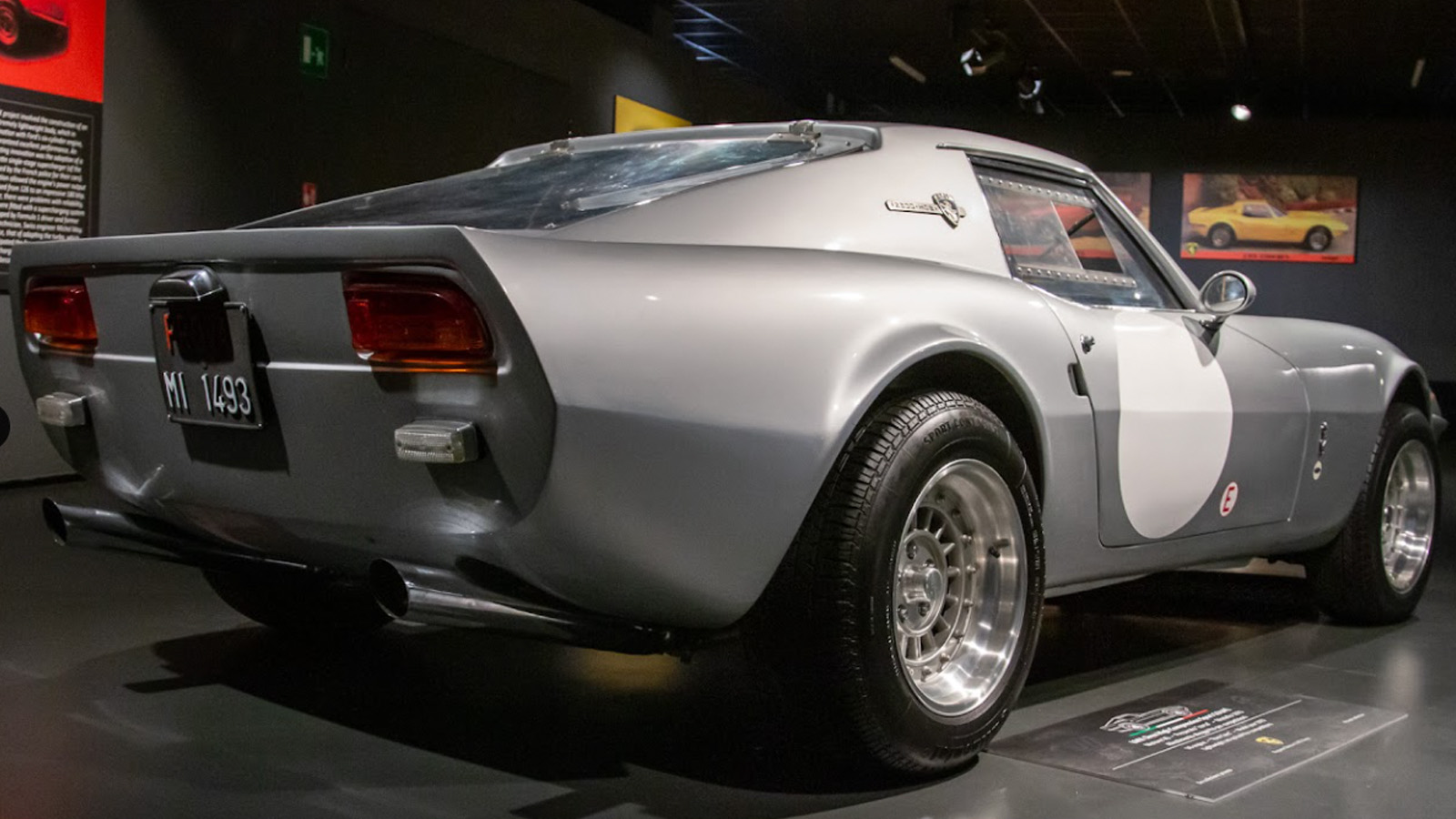 Museo dell’Automobile, otherwise known as the automotive museum of Turin, is a great destination throughout the entire year, thanks to its vast rooms being full of a well-curated collection of rare cars from all major periods of motoring. However, make it there by the 20th of November, and you shall be rewarded with the spectacle of six LMX Sirex models made between 1968 and 1974. That is a whopping 14 percent of the 42 units that were ever produced. Of course by this point, you may be asking yourself: what the hell is a Sirex? It’s not a laxative, I promise!

[Editor’s Note: It may not be a laxitive, but it looks like it may be a woodwasp. – JT]

The LMX Sirex saga began in Milan in the mid-sixties, where Giovanni Mandelli and his French engineer business partner Michel Liprandi founded Linea Moderna Executive. Liprandi was a composite expert, so the idea of a fiberglass-bodied sports car was quick to follow. 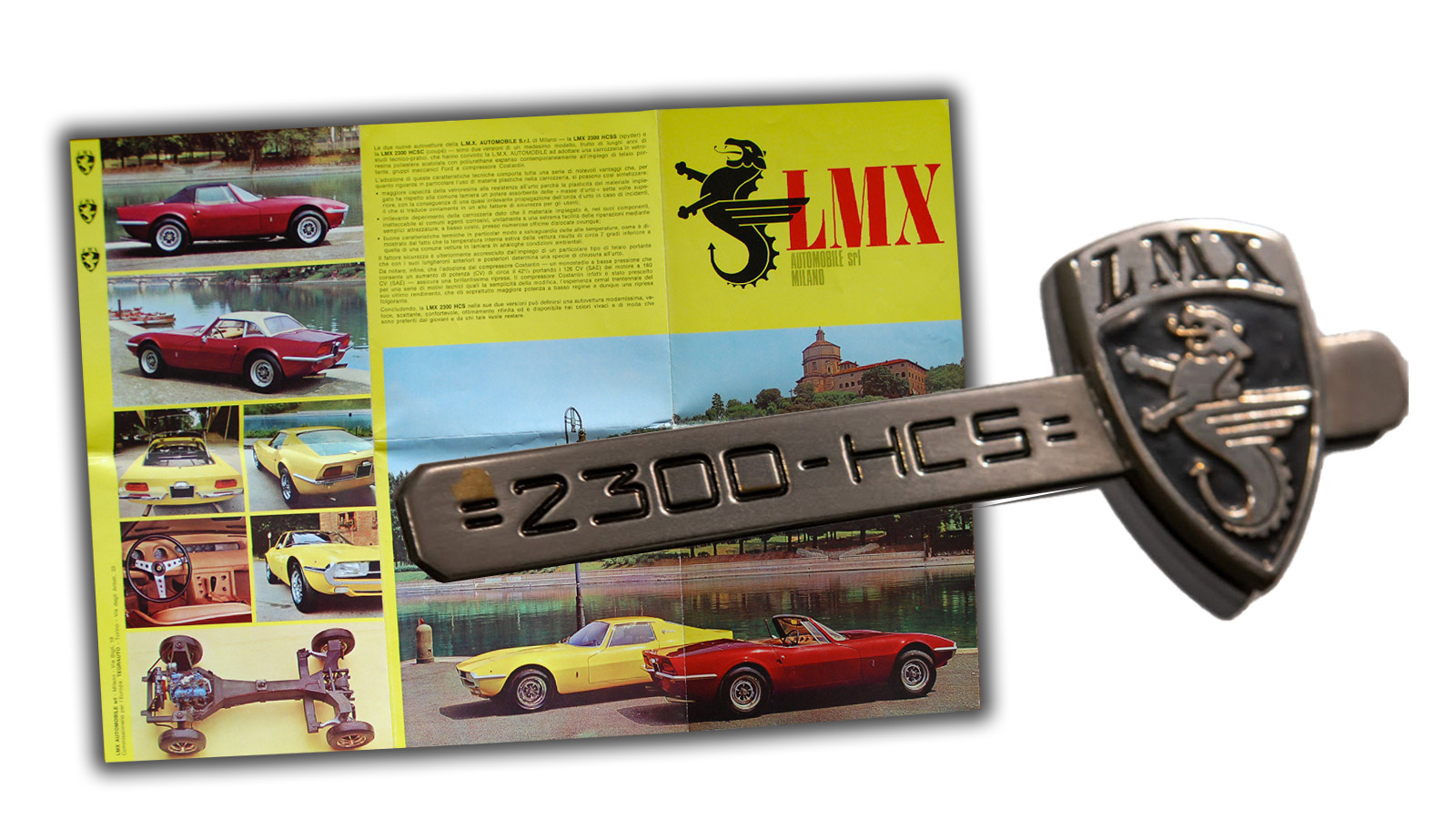 The resulting LMX Sirex was built on a frame originally designed by Gioacchino Colombo, the famous mastermind behind the Ferrari V12s bearing his name. However, Liprandi made modifications to the frontal area of the frame’s design, and also drilled a number of holes into the steel to cut weight down to just 163 lbs. The powertrain got lifted from a Ford Taunus 20M P7, which meant a 2.3-liter Cologne V6 rated at 126 horsepower. It’s been whispered that the fiberglass body on top of all that was designed by Franco Scaglione himself. 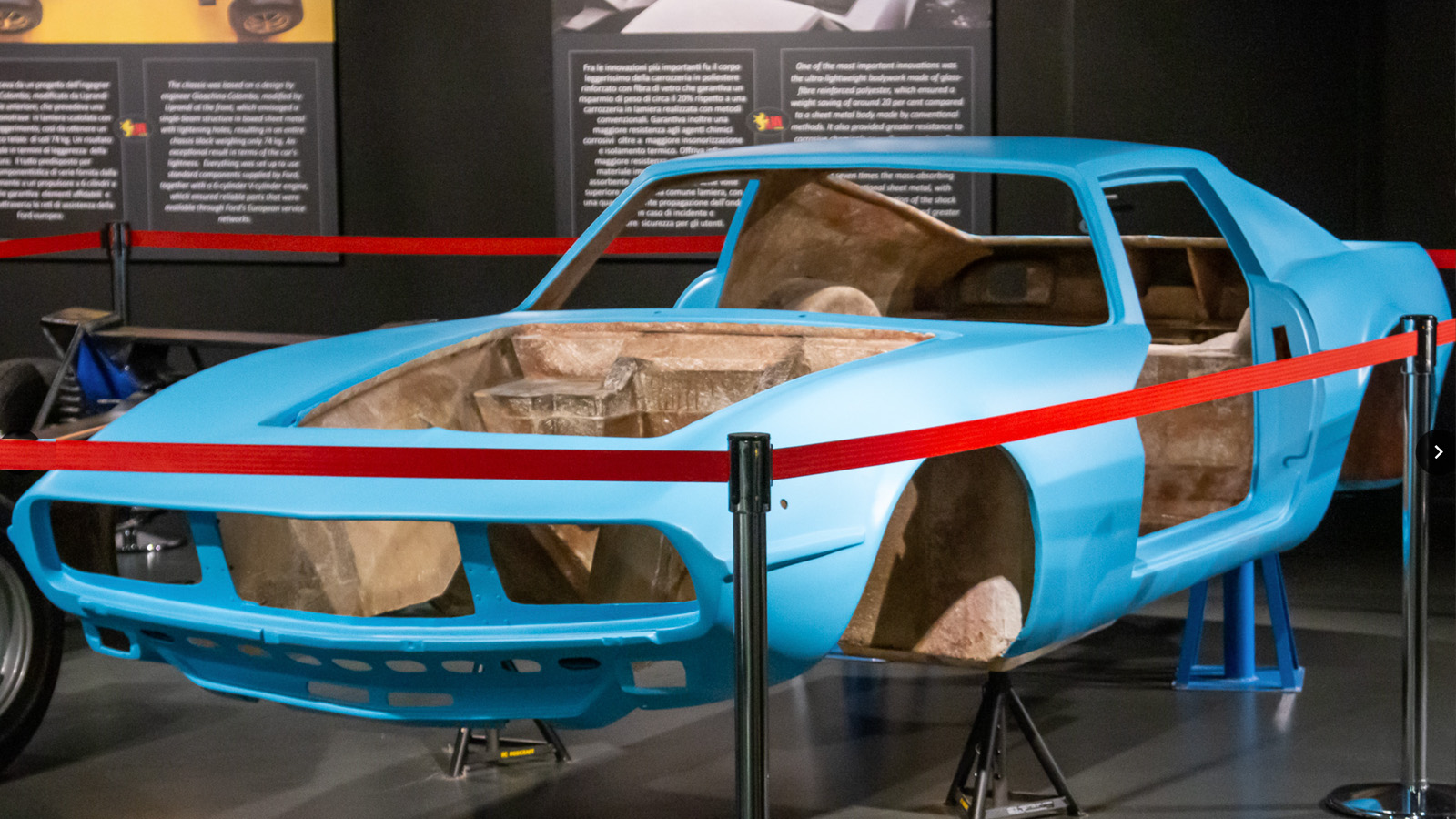 Although the Scaglione story is rather hard to confirm, what’s for sure is that the famous designer was already working on fiberglass sports cars by 1966, including the likes of the Intermeccanica Griffith GT, a more angular, Italianized TVR Griffith originally developed by Robert Cumberford. Keep in mind that the LMX Sirex debuted in November of 1968, at the Turin Motorshow.

Production in both coupé and roadster form began in Turin as well, at a company called Eurostyle run by Ivo Barison, specializing in one-off custom vehicles. The Sirex used the Hella headlamps of the 1965 BMW 2000, plus the taillights of the Fiat 850 Spider. The latter can be familiar from Lamborghini Miuras as well. 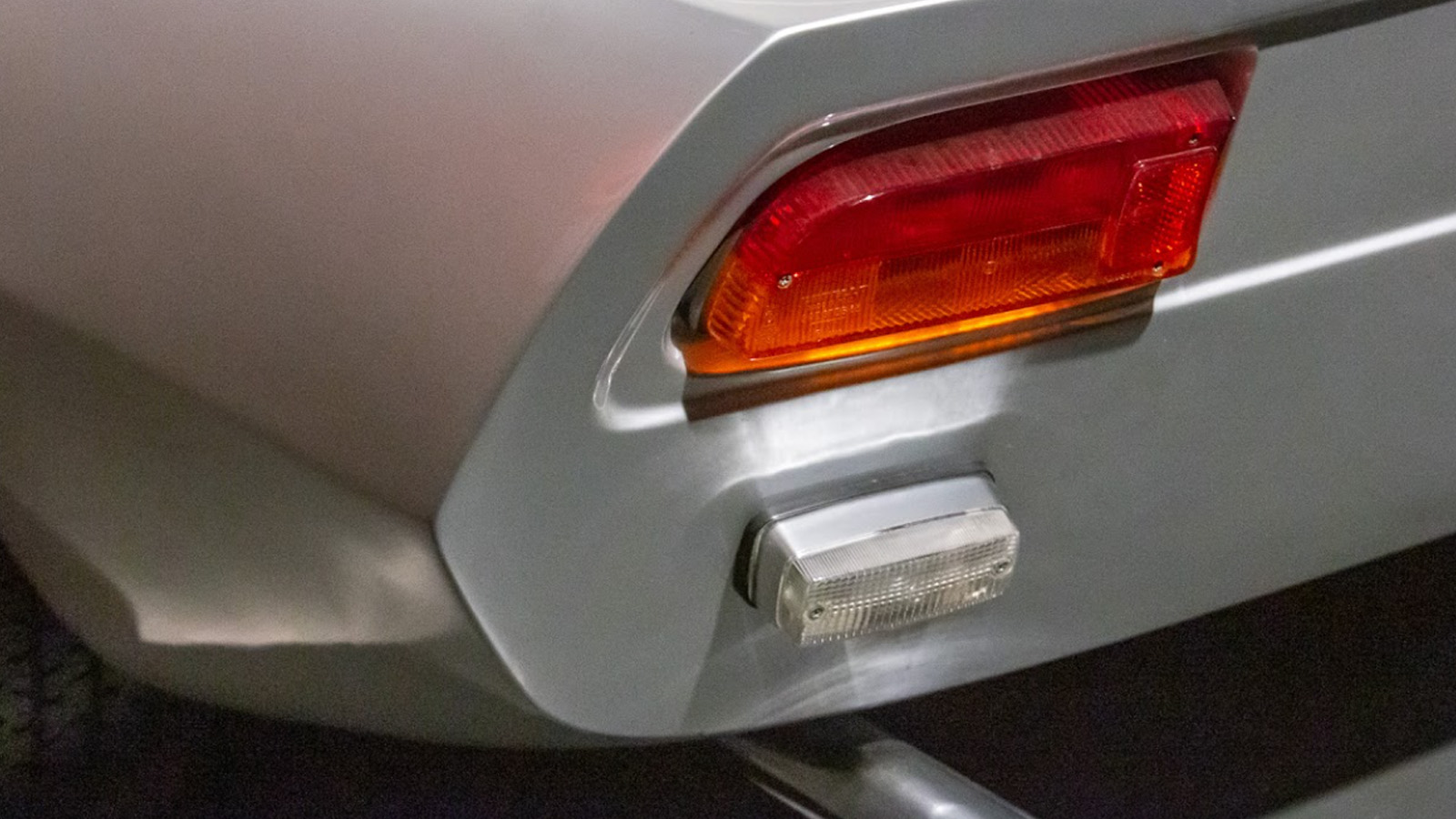 Think about the entire concept and execution for a moment. A French guy knows fiberglass, teams up with an Italian entrepreneur who happens to be aware of fellow Italians who can supply them with a chassis design, pen a contemporary, fashionably Americana body for the thing, and put it into limited production as well, in the heart of Agnelliland. Yet no Ferrari V6, nor Alfa Romeo V8 was chosen for this masculine wannabe, quite understandably. 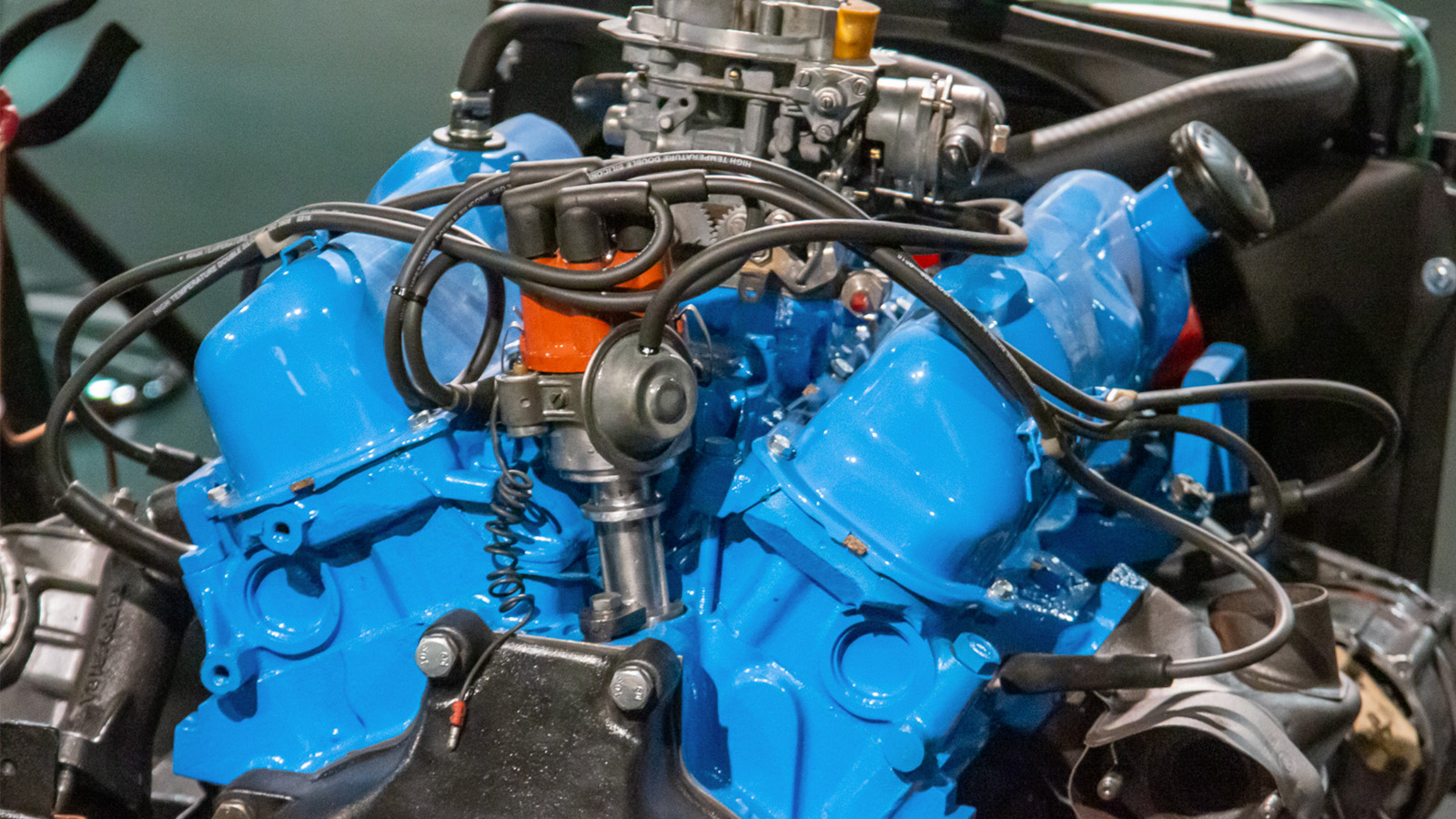 Ferrari’s limited-production Dino road car engine wasn’t entirely ready yet, and while expensive, with a displacement of just two liters, it wasn’t too beefy either. The Alfa Montreal V8 debuted years later. Its predecessor, the 33 Stradale’s V8 was a full on racing unit. At a lower cost, Fiat had an old cast iron block overhead valve straight-six engine that was discontinued by 1969. As a result, LMX went for the Cologne V6 in 1968. At least the cheap Ford engine came with the promise of easy serviceability, combined with proportions reminiscent of a ‘67 Chevy Camaro, flavored with a touch of Gandini’s Montreal ‘67 concept by Bertone at the rear. Was this really the work of Franco Scaglione, father of the 1963 Lamborghini 350GTV prototype?

Either way, the fiberglass dream lasted for a good five years. Following slow sales, by 1973, both LMX and Eurostyle went out of business, which pushed the rights for the Sirex to a company called Samas. They restarted production for the Swiss market, all while experimenting with turbocharging. Given that a stock Cologne V6 was not the first word in performance, they first tuned the Sirex with an unreliable French supercharger system known as the Constantin, only to move on to former Formula 1 guru Michel May’s experimental Bosch turbo system. It’s hard to guess which forced induction upgrade made the Ford V6 pop louder. 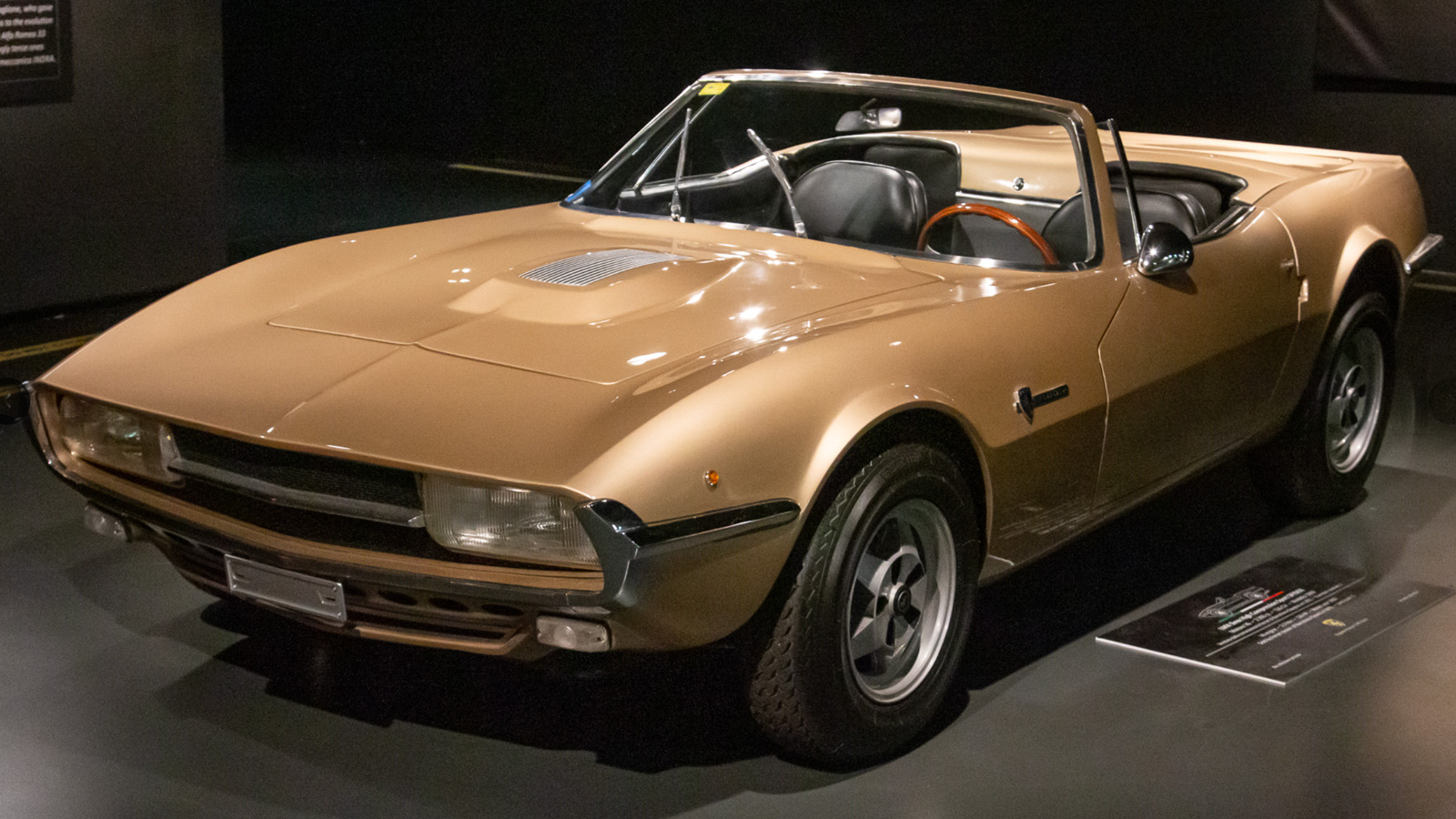 According to the museum, only 42 LMX Sirex units were ever completed. Here’s what we know of the six survivors shown at the museum:

The red is a 1971 car, produced at Venduta da Eurostyle with the high seating position, as well as a stock 126-horsepower engine. The orange Sirex is equally stock, made in 1969 with the low seating position. It was originally sold by a Ford dealer in Brussels to a customer in Luxembourg. The yellow beast was made in 1971, yet only got sold by Samas two years later. It has the turbo system, resulting in a claimed 210 horsepower output. Just think about driving with that high seating position and that much juice. 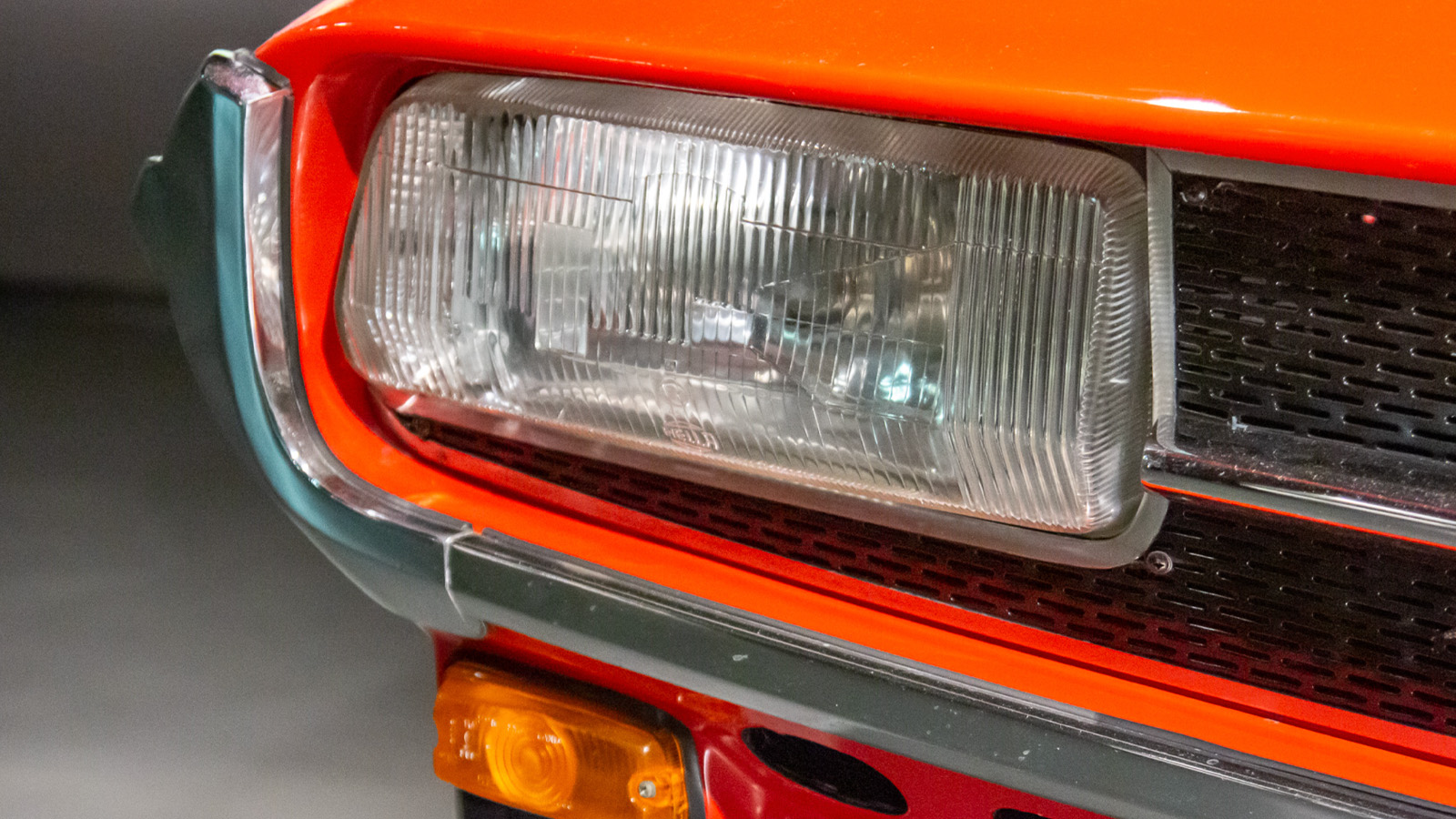 The primer blue body and chassis currently under restoration went to Germany in 1972, sold by local contact Hans Muhl. Stock V6. The extremely rare golden roadster was produced in 1969 with the base engine, and sold in Barcelona by a Ferrari dealership a year later. Last, but not least, there’s the competition special from 1970. Weight unknown. 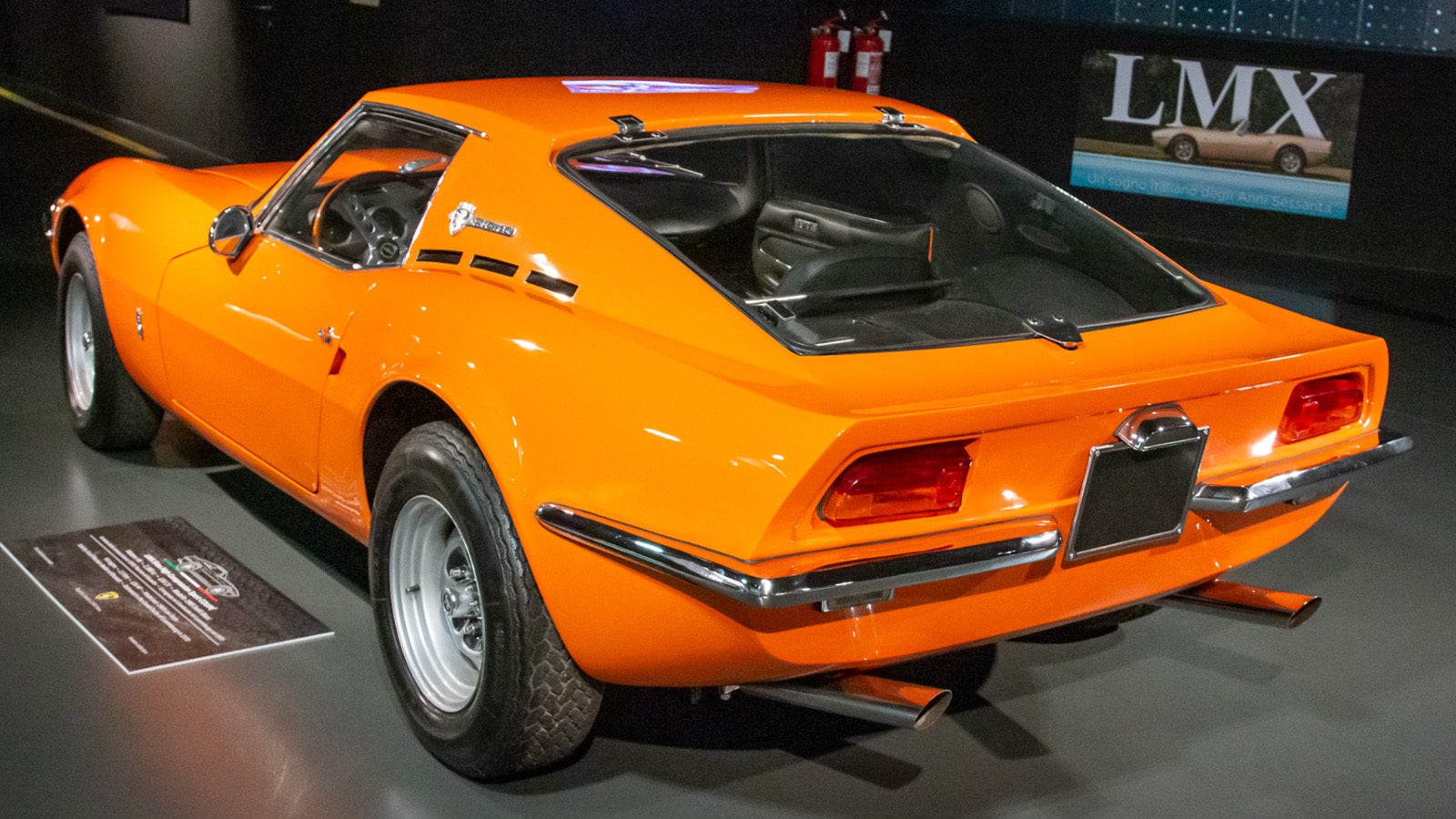 Today, the entire collection belongs to Renato Montalbano and his son, Giorgio, who were kind enough to lend their unique fleet to the museum. And what a fascinating piece of Italian design! With the Fiat empire built up there, Turin was the European center of automobile production in the sixties, while Milan acted as the fashion capital. The collective know-how of these two great cities led to Italy’s somewhat stillborn Camaro. It wasn’t quite as classy as a 1971 Fiat 130 Coupé, nor was it faster than a hot four-cylinder Alfa by the late sixties.

Trying to fill a void that may or may not have been real in 1968, for starters, LMX could have chosen a peppier engine to power its dream machine. However, if even a Ferrari dealer could stock it in period, perhaps the Sirex deserves more today than being lost on a rarely opened page of the encyclopedia of failed automotive ventures. Imagine it with an engine swap and a few suspension upgrades. King of the piazza.

Read All My Posts »
PrevPreviousHere’s How Ridiculously Complicated It Was To Rebuild The Ultimate Car Pinball Machine
NextThe 1990s Nissan Sentra SE-R Was Japan’s Version Of The Sporty But Understated BMW 2002: Holy GrailsNext