It’s day two of our daily-driver tour, and today we’re leaving the rust behind and heading to sunny Southern California to find the cheapest ride in Los Angeles. But first, let’s see how our Chi-Town Clunkers fared:

This was our closest vote yet, I think. But it looks like the don’t-call-me-a-Geo is going to take the win. Either one would make a good “beater with a heater” for a couple of years, but like the Highlander versus the Kurgan, There Can Be Only One. [Hi, David here. Just pointing out that, yet again, I have no idea what Mark is referring to -DT]. And that one is the 2002 Chevy Prizm.

When I first moved to Los Angeles, I assumed, based on what I’d seen in movies, that everyone drove a convertible. Shortly after arriving, however, I discovered that this was not only untrue, but impossible: There is no way to keep your Thomas Guide open to the right page with all that wind in the car. (I’m dating myself with that reference, I know.) [Hi, David here. Somehow I actually do understand this reference; Mark is talking about an old guidebook that helped LA residents navigate the city back in the 1980s-ish. -DT]

Convertible or not, you absolutely need a car here. This place is huge, public transit is only a vague suggestion, and as Missing Persons so correctly stated, “Nobody walks in L.A.” [Okay, I’m back to being lost -DT]. You spend a lot of time in your car here, so it should be something comfortable and reliable. Cars are also expensive here, both to buy and to maintain. But rust is usually a non-issue, and smog rules mean cars are either mechanically maintained or junked, which keeps the talent pool of cheap cars to a higher standard than you might otherwise find. Will that help earn either of our beaters a star on the Driveway of Fame? 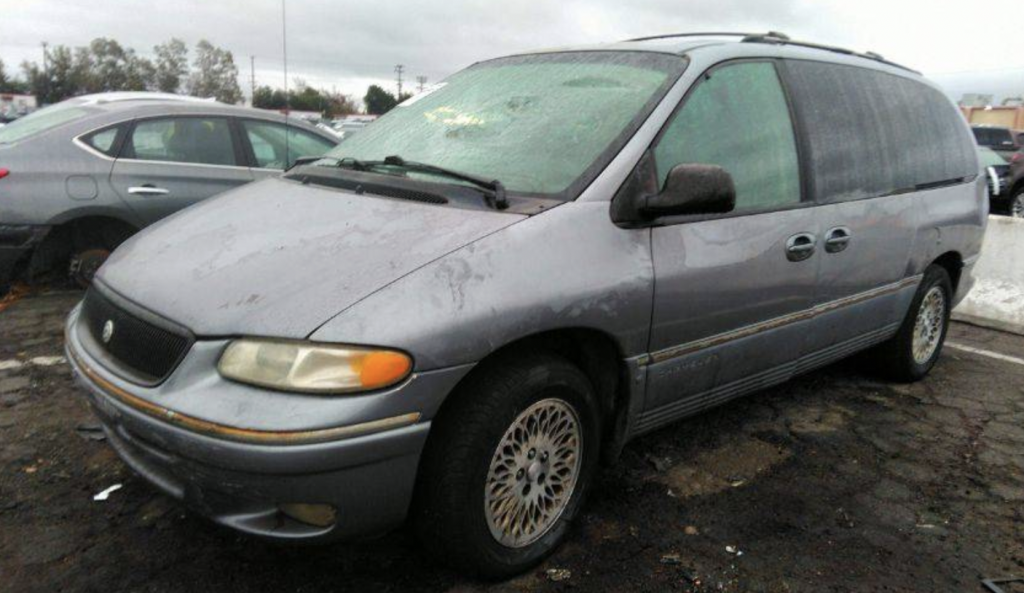 How this old Chrysler minivan ended up in Beverly Hills is anyone’s guess. Maybe Richard Gere rented it for a week, and fell in love with it, or something. But it’s there, and attracting its fair share of flakes, weirdos, and lookie-loos, based on the tone of the ad. I’m not surprised. It’s also advertised as being “good for working or sleeping,” so if you are Down And Out In Beverly Hills, this could be just the thing. But they’ll probably make you drive it a few miles west to Santa Monica to park it.

[Okay, final interjection here. I was so concerned that Mark was joking about dire living conditions among Angelenos that I asked my coworker Jason if we should edit the above paragraph. Turns out, it was another reference I missed: 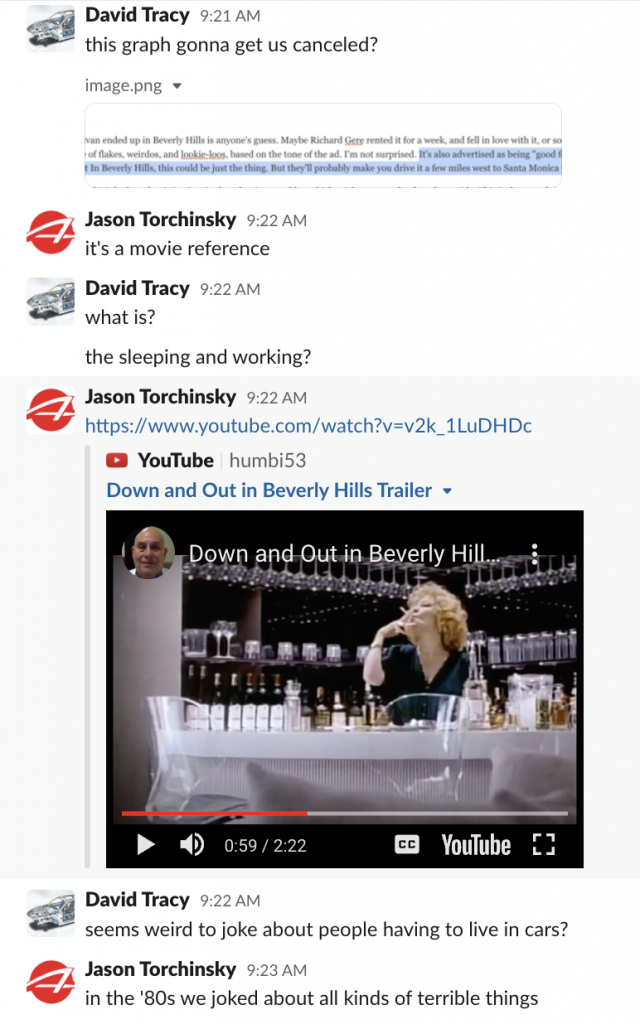 I really need to get out from under my rock. -DT]

The van itself looks… okay-ish? It looks to be sitting in a junkyard or impound lot, which might account for the salvage title. This is the top-of-the-line 3rd generation Chrysler minivan, so it will have all sorts of goodies like power seats and dual-zone climate controls and whatnot, but who knows how much of it still works? At least it looks intact. The seller says it “needs to be shampooed,” but let’s not dwell on what that may mean. 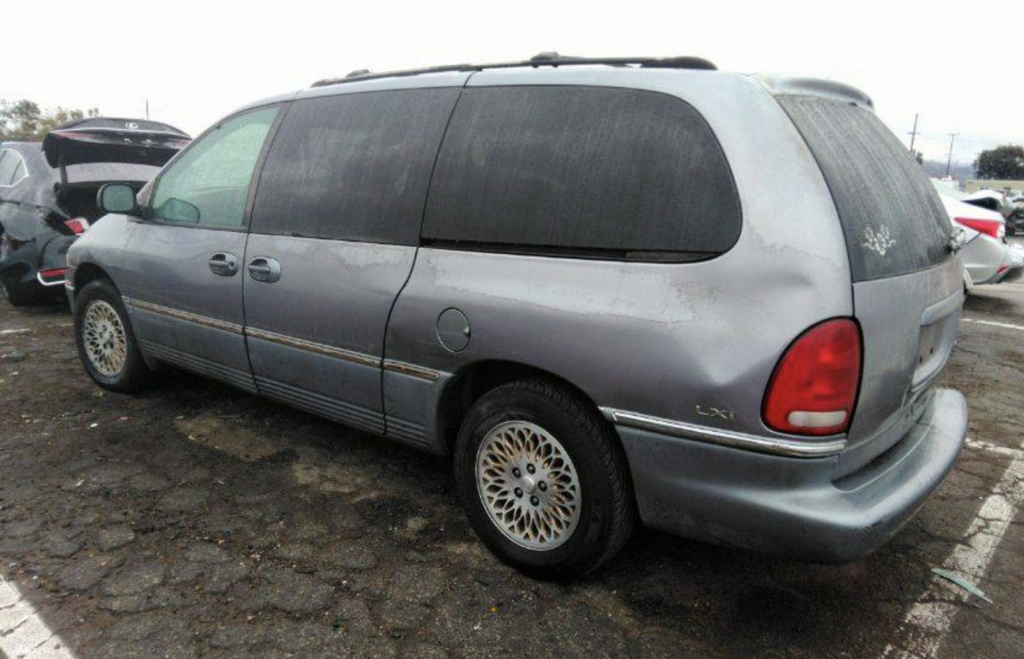 A wild card is the condition of its infamous “Ultradrive” transmission. This recall-prone unit had a bad reputation early on, but this is a later one, with over 200,000 miles on it, so it has likely been replaced or rebuilt at some point anyway. All we know is that it works, for now. The 3.8 liter pushrod V6 supplying it with torque “SOUNDS GOOD,” according to the seller, so there’s that. 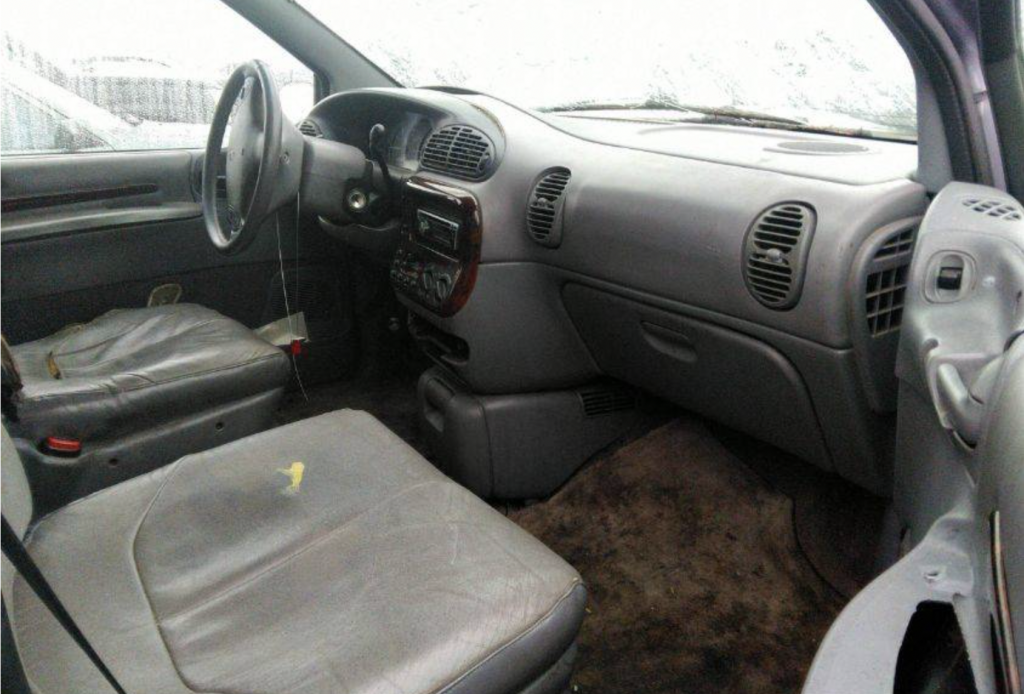 There is the matter of the salvage title, and I don’t know how that affects the dreaded back-registration nightmare in California. It’s probably worth a call to the DMV to find out before you hand over your money. But I found nothing else under a grand that didn’t need immediate mechanical attention, so if you’re really on a budget, this might be an option.

Runs/drives? It does indeed

From my searches, if you need a cheap ride in southern California and you don’t want a sketchy van that may or may not be its very own CSI episode, you need to bum a ride out of town a ways, in this case, east on the 210 freeway out to Glendora, just north of San Dimas (excellent!). There you’ll find this little beat-up 2000 Ford Focus ZX3. 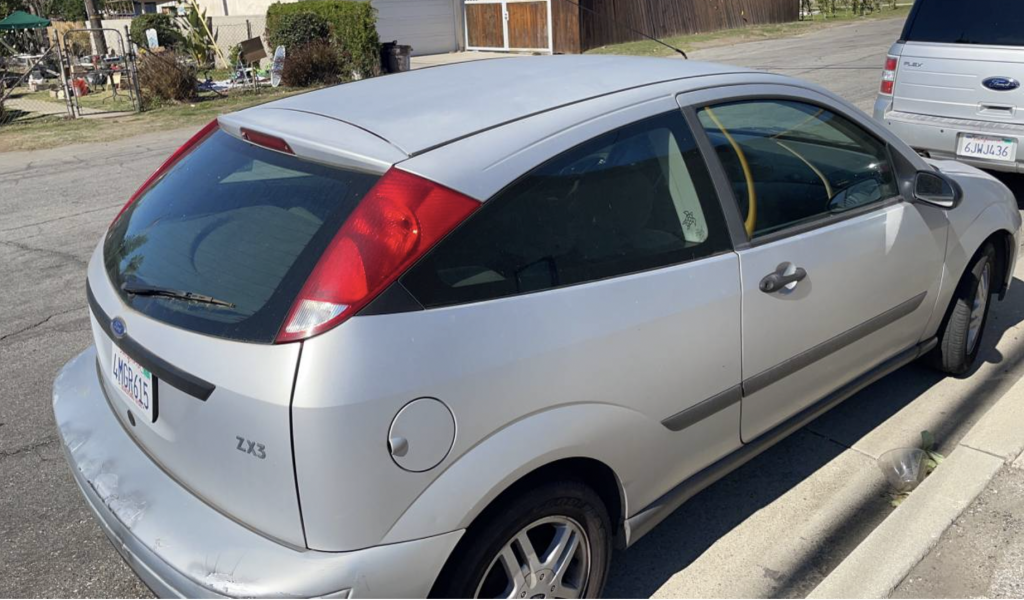 Some of the early Focuses (Foci? Can somebody clear this up in the comments?) were saddled with Ford’s NVH (sorry, I mean CVH) four-cylinder from the Escort, but the Focus ZX3 got a 2 liter Zetec from the start. This twin-cam engine was good for an extra 20 horsepower (130 vs 110) and is a good deal less thrashy than its predecessor. The five-speed in the Focus is a nice unit as well, with easy shifts and good feel. 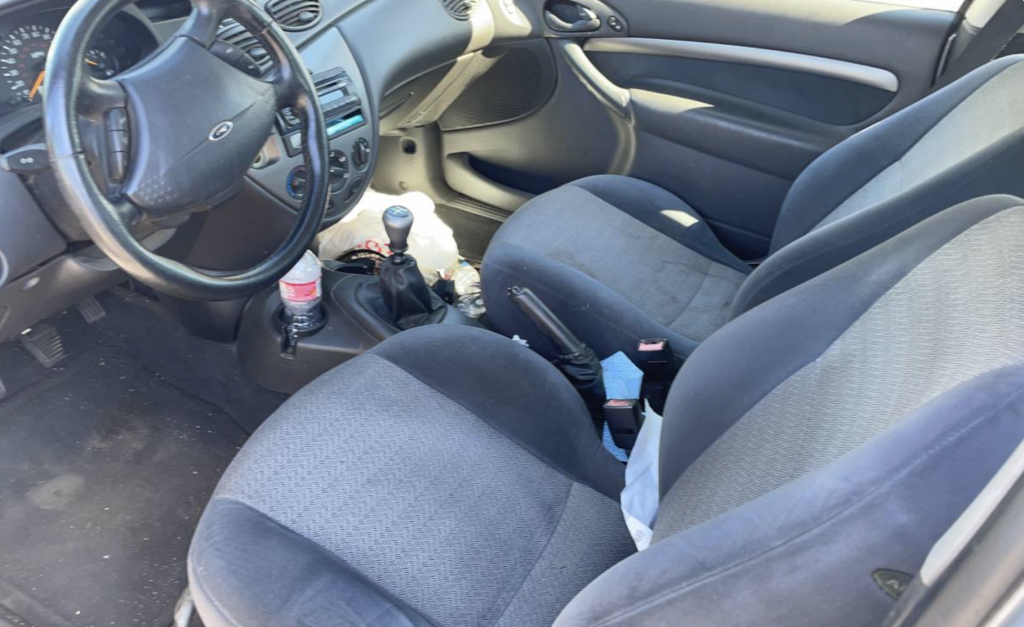 This one looks like it’s in decent shape, although the air conditioning is dead, which can make summer days unpleasant. But it may be fixable, and there’s always the “2/60” option. It appears to be two different shades of silver, which might indicate an accident repair long ago, but the title is clean, so who cares? You’re not going to valet this thing, and nobody in the parking lot at Ralph’s cares what it looks like.

This would also be a lot more fun on the weekends up in the canyons than a minivan. The first-generation Focus is a fun car to chuck around, and I can personally confirm that they will cruise at over 100 mph in the HOV lane on the 101. I mean, it’s no Lotus Esprit (I hear those babies corner like they’re on rails!), but it’s more fun than your typical econobox. 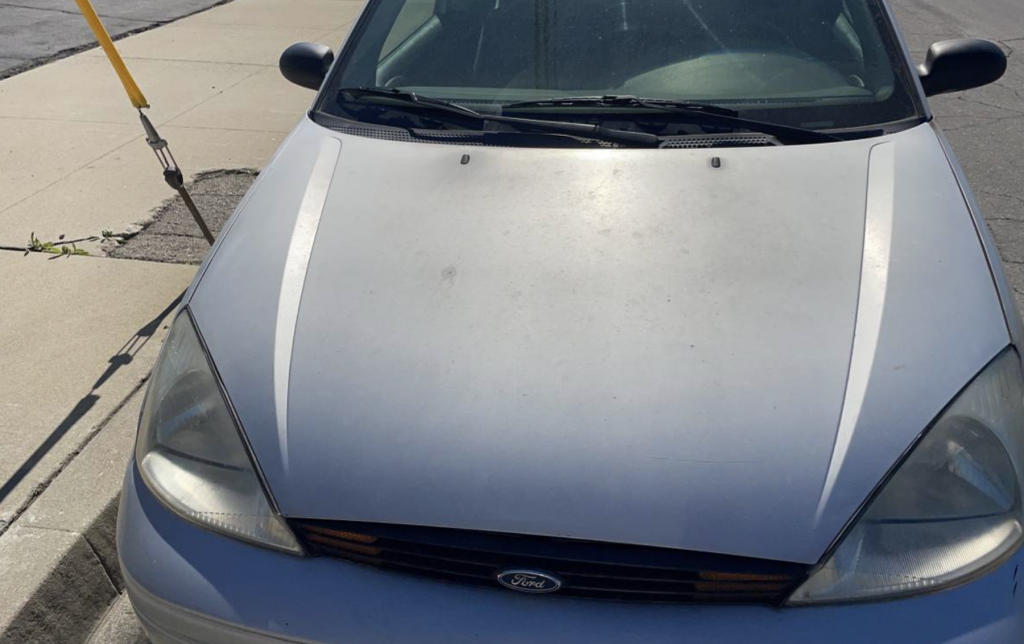 So those are your choices: the absolute cheapest functional vehicle I couild find in town, and a good example of what’s available a little further out. Which one would you use to escape from L.A.?

Read All My Posts »
PrevPreviousCold Start: Is The Chrome Lady Named Jivnnley?
NextInventing The Car Radio And 8-Track, Hiring A King As A Pilot, Designing Weird Steam Cars: Here’s The Story Of The Man Behind The Legendary Lear JetNext