Facebook-f Twitter Instagram Rss
Menu
Menu
Home » A Soyuz Spacecraft Will Launch To The ISS To Replace That One With A Coolant Leak, Marking A Very Specific Space-First

A Soyuz Spacecraft Will Launch To The ISS To Replace That One With A Coolant Leak, Marking A Very Specific Space-First 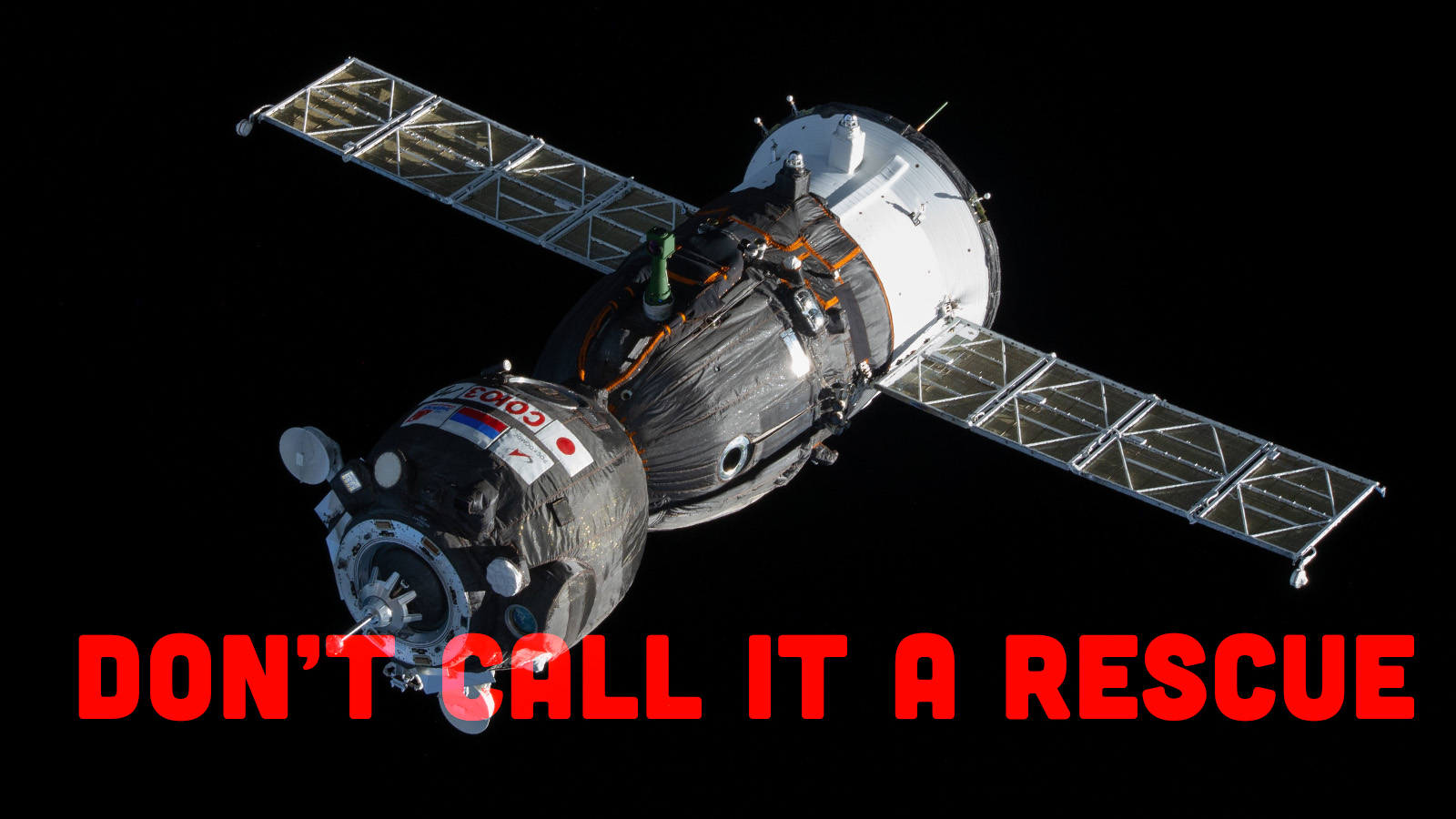 You may recall about a month ago when we reported about how one of the Russian Soyuz space capsules docked to the International Space Station (ISS) had sprung a very significant leak, resulting in a fountain of coolant spraying out into space. Even if you’re not a rocket scientist, I suspect that you can identify this as “bad” and “a problem.” The coolant leak seemed to have come from the Soyuz’ external coolant manifold, and the loss of the cooling ability could create an at least uncomfortable and at worst unsafe environment for any astronauts that may return to Earth in the capsule. Since three of the astronauts and cosmonauts on the station rely on the Soyuz as their way home, an uncrewed, replacement Soyuz will be launched to the station. Interestingly, doing this launch might end up becoming a space first. I’ll explain.

First, if you forgot what the spraying coolant looks like, here’s a nice video:

So, this current Soyuz, known as Soyuz MS-22, really can’t be counted on to return cosmonauts/astronauts safely back to home. The replacement Soyuz, MS-23, was already scheduled to launch a new crew to the station in March. Instead, the capsule will launch on February 20 to replace the damaged craft. NASA doesn’t want to call MS-23 a “rescue” Soyuz, but instead prefers the term “replacement Soyuz.” Okay, fine. Whatever they call it, it still has to get there if those three crewmembers want to get home.

The part that I think makes this a space travel first is that, from what I can tell, this will be the first Soyuz spacecraft to be launched with no crew and then return with a full crew.

All of these un-crewed launches returned to Earth without picking up any passengers. Early in the Soyuz program, there was a plan to send up Soyuz 2 with no crew, which would have docked with Soyuz 3, and then cosmonauts would have transferred from one craft to the other. The failure of Soyuz 1 leading to the death of cosmonaut Vladimir Komarov delayed these missions, and when Soyuz 2 and 3 did launch in 1968, they were unable to dock.

Soyuz 4 and 5, launched in early 1969, eventually did achieve the first on-orbit docking of crewed vehicles and the first crew exchange in space, with one crew in one ship and three in the other, and then dividing into two crew per spacecraft.

So, I’m pretty sure this is the first time an empty Soyuz will go up, and return with three humans. It’s not exactly a moon landing, but a space first is a space first, and I’m pretty sure we’ll see one happen in less than a month. And, as a bonus, the whole ISS crew can return home safe, not just the ones lucky enough to have tickets on the SpaceX Dragon capsule also docked to the station.

I'm a co-founder of the Autopian, the site you're on RIGHT NOW! I'm here to talk to you about taillights until you cry and beg me to stop, which I absolutely will not. Sorry. Hug? Also, David's friend.
Read All My Posts »
PrevPreviousLet’s Figure Out The Best ‘Worst Car’ From Those Stupid Lists Of ‘Worst Cars’
NextFord Made A Version Of The Tempo That Actually Lived Up To Its Name: Holy GrailsNext