Apple Delays The ‘Apple Car,’ Admits It Must Have Steering Wheel And Pedals

Good morning. Today we are discussing hopes and dreams, and nothing embodies those fleeting things more than Apple’s attempt at making a vehicle. We’re also discussing how Ford is trying to get its dealers in line to sell EVs, the state of things at Stellantis, and so much more. Join me for a journey neither of us will ever forget.

Over the past few years, few endeavors in the automotive world have been as intriguing and elusive as Project Titan, Apple’s long-running and long-troubled attempt at making a car. What kind of car, you ask? Friend, that’s the problem. For a while now, no one at Apple has been quite able to agree on what the vehicle should even be. It’ll be electric; that’s the easy part. But should it be a consumer-focused car, like most of Apple’s products? Should it be a robo-taxi? Should it be some combination of the two? And most recently, word on the street was that the vehicle wouldn’t have a steering wheel or pedals at all—making it, presumably, almost entirely reliant on AI for driving.

Well, that idea just whiffed out the window, according to a scoop from Bloomberg, which says the car’s release has been pushed back one year to 2026. Also, forget not having a steering wheel. The new design will be “less ambitious” and should enjoy conventional controls. From the story:

The latest changes underscore the challenge Apple faces in pushing into an entirely new product category and taking on technological obstacles that have bedeviled some of the world’s biggest companies. The secretive project, underway for years, is meant to provide Apple with another major moneymaker, but it also could test the limits of the iPhone maker’s capabilities.

Apple currently plans to develop a vehicle that lets drivers conduct other tasks — say, watch a movie or play a game — on a freeway and be alerted with ample time to switch over to manual control if they reach city streets or encounter inclement weather. The company has discussed launching the feature in North America initially and then improving and expanding it over time.

The story also has a detail I hadn’t seen before, which is that Apple was targeting a price of around $120,000, but now it’s shooting for under $100,000. In other words, the current vision is a passenger luxury car possibly aimed at the Tesla Model S or X, or something from Mercedes.

The above situation, however, is reflective of how automakers and tech companies alike (increasingly, they are the same thing) are reckoning with the failed promise of autonomous driving. Remember how the computers were all supposed to take our keys by, like, 2019? Yeah, AI is nowhere near good enough for that yet, and it probably won’t be for decades.

But a better question, for now, is why Apple is even bothering with the incredibly complex, heavily regulated, internationally byzantine automotive market instead of just putting more of its technology into existing companies’ cars, as it does with CarPlay. I’ve yet to figure that one out.

Ford To Dealers: Drop Your Opposition To EVs

Most Autopians know by now that many traditional car dealers aren’t meshing well with the industry’s EV transformation, from not wanting to invest in charging stations at stores to directing customers to ICE vehicles. I don’t want to make a blanket statement here, of course; many dealers have embraced the electric future. But many others see them as a threat to service revenue or just don’t want to learn the nuances of how they work vs. conventional cars.
But Ford is one of the many companies planning a big EV push, and this week Ford CEO Jim Farley announced that two-thirds of American Ford dealers have signed on with his plans. On their end, it means improvements to stores and commitments to a “no-haggle” sales model for EVs; on Ford’s end, it means the dealers will actually get allocations for EVs. This story is from The Verge, which in a moment of both full disclosure and shameless self-promotion, was written by me [Editor’s note: Nice. -DT], but I’m including it here because it is important news:

But that latter designation also means these Ford dealers will only be authorized to sell 25 EVs per year; the “Elite” dealers will be allocated far more EVs. If the dealers don’t commit to anything? They’ll only be selling gasoline and hybrid cars, Ford executives have said, putting them potentially very behind the curve as the automaker plans big EV rollouts in the coming years.

Honestly, I think the biggest news here is the “no haggle” system for buying Ford EVs. Does anyone really enjoy the back-and-forth that happens with a car dealer as they both fight over a fair price? I have forgotten more about cars and car buying than most people will ever know, and I can tell you I’d rather eat broken glass than haggle with a dealer. [Editor’s Note: I can think of one dealership that I’d gladly haggle with — the finest Ford dealer in all the land. The one run by a genuine car nut! You know the one! (I suppose I should clearly mention that Galpin is a major partner in The Autopian, but still, I stand by this!) -DT]
Keep in mind companies like Ford are having to compete with EV startups like Tesla, who have made the buying process a lot smoother and more painless. Traditional dealers need to evolve their tactics or they could be left in the dust.

Stellantis Is Feeding Its 14 Kids Just Fine, Thank You 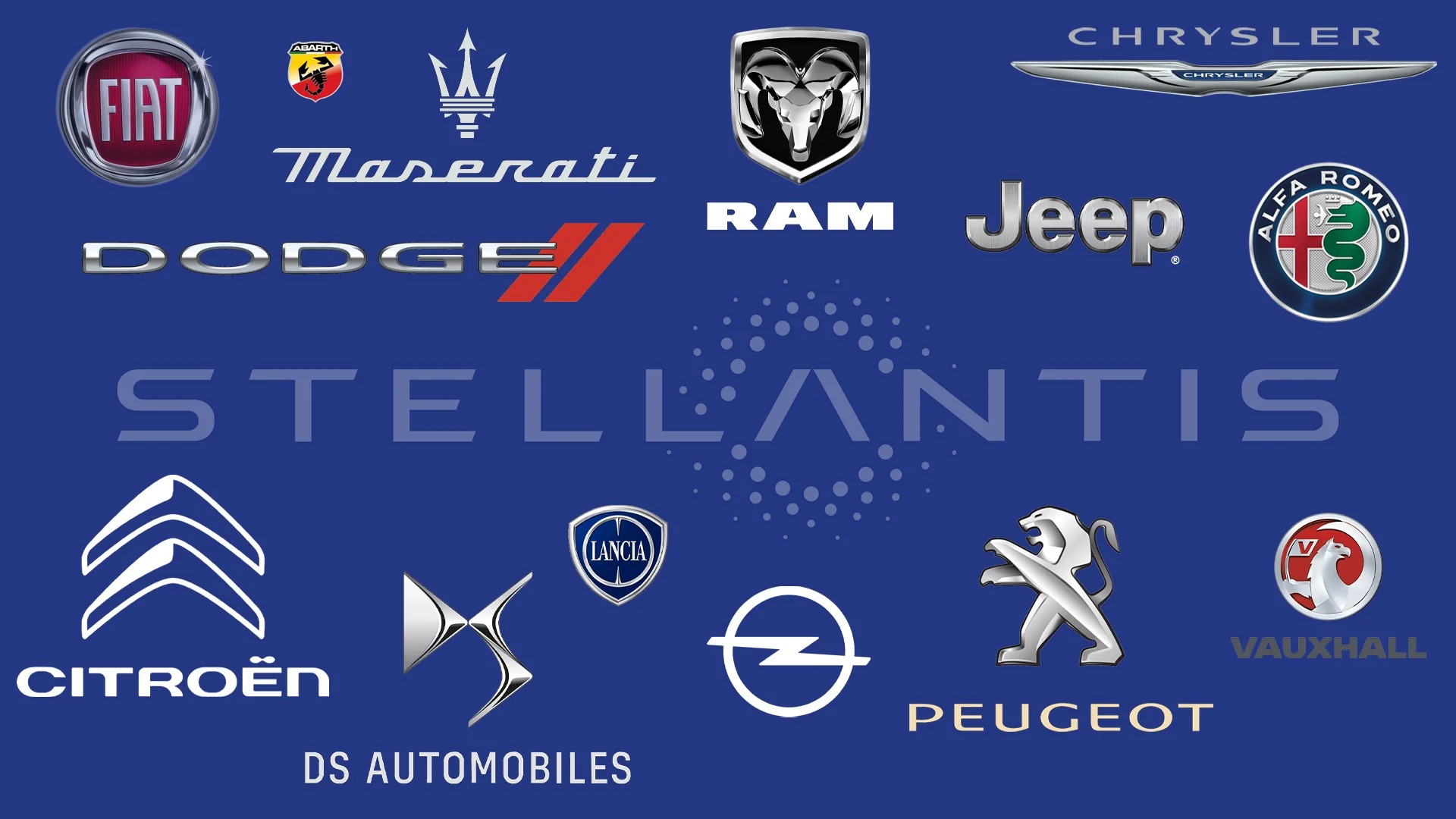 I sometimes forget how many car brands French-Italo-Dutch-American mega-conglomerate Stellantis actually has. It’s 14! They even have Opel now, for some reason. Nobody wants Opel but they have Opel. It’s so weird.
Anyway, 14 brands are a lot of mouths to feed, but Stellantis North America COO Mark Stewart told the Automotive News World Congress that things are going fine so far, and that every brand is “performing,” whatever that means. Even Chrysler (remember Chrysler? Do you?) seems poised to make a comeback:

This approach has breathed new life into brands such as Chrysler, which has been trudging along with a shallow product lineup in the U.S. and appeared to be in need of direction before the merger.

Stewart said Monday that he’s proud of Chrysler’s new vision that calls for the brand to go all electric by 2028. The product-starved brand will debut its first battery-electric model by 2025. Chrysler has provided a glimpse of the road ahead with an electric crossover concept called the Airflow.

“Obviously we’ve had a lot of different names over the years, but we are a house of 14 brands. And what’s incredible about bringing the brands together, it’s just that they’re highly differentiated brands,” Stewart said. “Everybody has a personality on the brand side, and to be able to fit in different parts of the market without clashing into each other, people are like, ‘Oh my gosh, how can you feed 14 children?’ ”

Sergio was right. Of course, the proof will be in the pudding; General Motors, for example, has been shedding brands for a decade and change now, and it’s in very good shape overall. 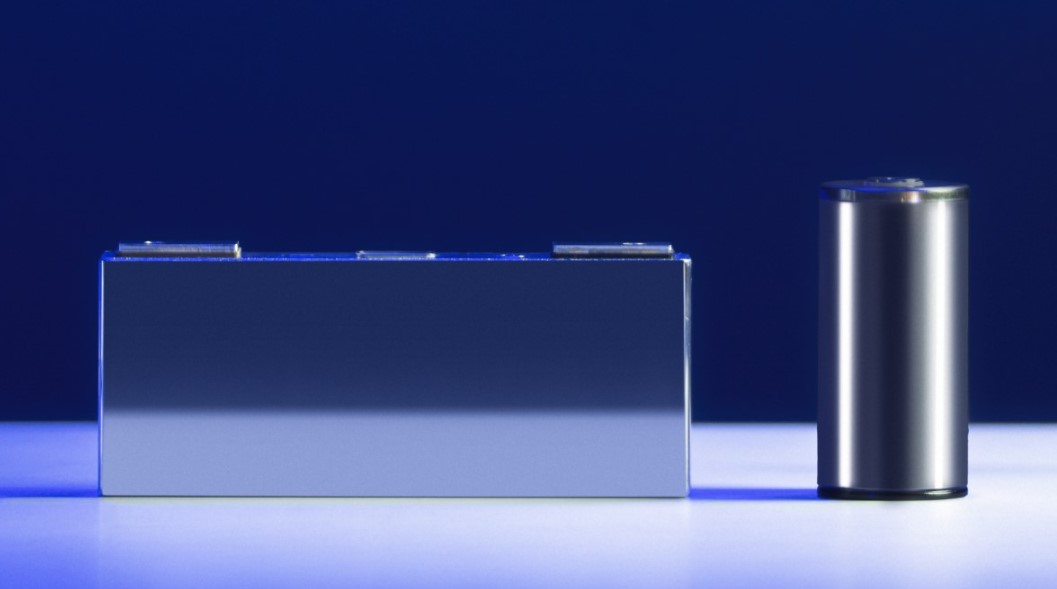 One very significant goal for President Biden’s Inflation Reduction Act is to localize the EV battery supply chain in America, which is a fancy way of saying the plan is to make sure batteries are sourced and built in this country, so that the entire industry isn’t entirely dependent on China’s dominance. As one more story from Automotive News notes, this level of investment would put America close to what China spends on battery development:

The Inflation Reduction Act of 2022 passed by Congress could even the playing field between the U.S. and China on the EV battery development front, said Austin Devaney, chief commercial officer of Piedmont, North Carolina-based Piedmont Lithium during Monday’s Automotive News Congress in Detroit.

A BMW-specific supplier alone, for example, is planning an $810 million battery plant in South Carolina. This is about to become a huge American industry, and it’s going to be fascinating to see where it goes in the coming years.

You’re hiking in the woods on a quiet Saturday morning after a demanding week at work. Suddenly, the ground starts shaking—an earthquake, and a violent one at that. As you lose your footing, you see a silver-haired man run up the hill behind you. He’s out of breath, but even that can’t mask the panic in his voice, and when you gaze at the mountain off in the distance you begin to understand why.

“My God, I’m too late,” the man says as red lightning bolts erupt from inside the mountain and fire into the sky. You ponder the impossibility of this sight even as you realize the man next to you is Tim Cook, the CEO of Apple.

“The Shadow Realm!” he screams, grabbing you by your Patagonia jacket. “I was too late! The seal is already broken. They’ll be here soon, and I don’t know if I’ll be able to stop them.” Before you can ask questions, the ground itself splits open. Tim Cook falls into the crevice. You grab his arm and try to pull him back from certain death, but he’s already slipping away from you.

“It’s fine!” the dangling Tim Cook screams, reaching into his pants pocket and pulling out a glowing crystal, which he gives to you with his free hand. “You have to carry on the work I started. You must use my powers to hold back the Shadow Realm. Also, you are now the CEO of Apple.”

“Guh?” you say, utterly baffled by this conversation, such as it is.

“The two situations are not related,” Cook tells you. “Just go with it. But you do need to figure out a car strategy for Apple.”

“I don’t understand,” you beg of Cook as he slips from your grasp. “Why does Apple even need to make a car? Why are you getting into that business at all?” But it’s to no avail; Cook falls into the abyss and you are left alone.

The crystal glows in your palm, telling you—almost instinctively, speaking to you inside your mind—what must be done. You must defeat the Shadow Realm. Also, you need to figure out what to do with Apple’s Project Titan.

(The two situations are not related.)

Reader: What do you do?

Editor-at-Large at The Autopian.
Read All My Posts »
PrevPreviousA German Excursion: 1981 Mercedes-Benz 200D vs 1995 Ford Mondeo 2.5 V6 RS
NextThere Was A Time When You Could Get A Ford Minivan With Rear-Wheel-Drive And A Manual Transmission: Holy GrailsNext