Cold Start: We Should All Just Be Buying E93 M3s By The Dozen

Four hundred and fourteen. It was a number imprinted in every car-person’s mind in the late 2000s and early 2010s, when the 4.0-liter V8 in BMW’s very first eight cylinder M3 sent 8,400 revs though one of the greatest dual-clutch automatic transmissions ever made, decimating any car with a price tag under six figures. “The Worlds Greatest All Around Car” Motor Trend called it. “BMW M3 Borders on Perfection” wrote Car and Driver. They weren’t kidding.

Good morning Autopians. Today The Autopian has off for the holiday, but I figure I’d say hello to you from Boston, where I’m hanging out with my mom (who flew in from Germany) and brother (who flew from Charlottesville) to watch my other brother graduate from MIT on one day and Harvard the next. “Dude, do you think I could get an MBA from HBS while simultaneously doing my Ph.D program at MIT?” I remember him asking me. “It’ll be difficult schedule-wise, but after class at Harvard I’ll hop on my bike and pedal across the Charles River to the Sloan Automotive Lab. I bet I could pull it off.”

The dude is an absolute nutbag to think that was even possible, but that’s Ian. He basically YOLOs everything; he always goes for broke. 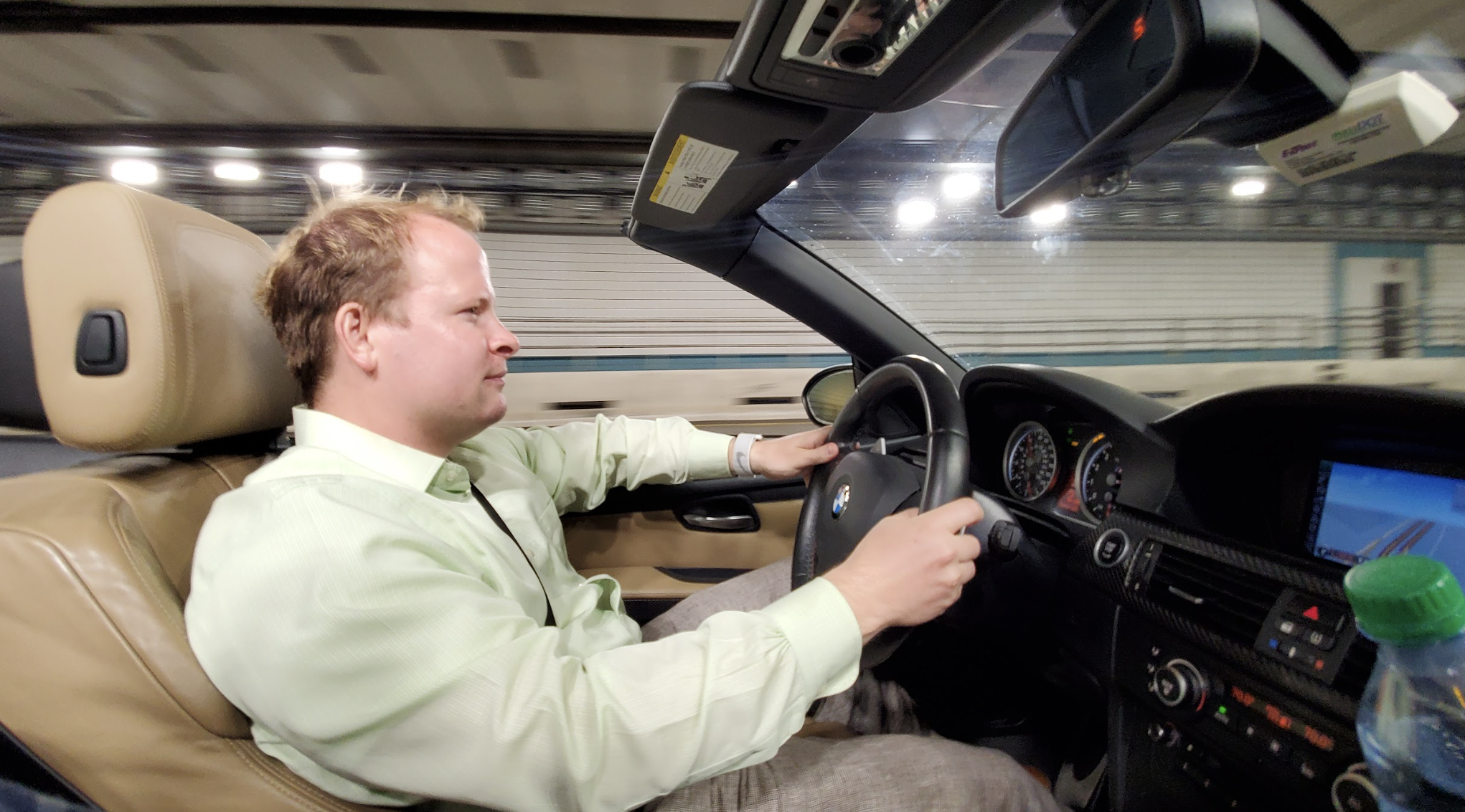 What kind of car does a zany engineering nerd like him drive? Does he buy something fancy like lots of Harvard folks do? Does he go for something sensible like a straight-laced engineer might? No, he buys a 2011 BMW M3. In Ian’s mind, this thing is a timeless machine that represents the very pinnacle of design from the Bavarian automaker for whom he once interned in Munich. He loves this car, and the passion with which he talks about it is palpable. 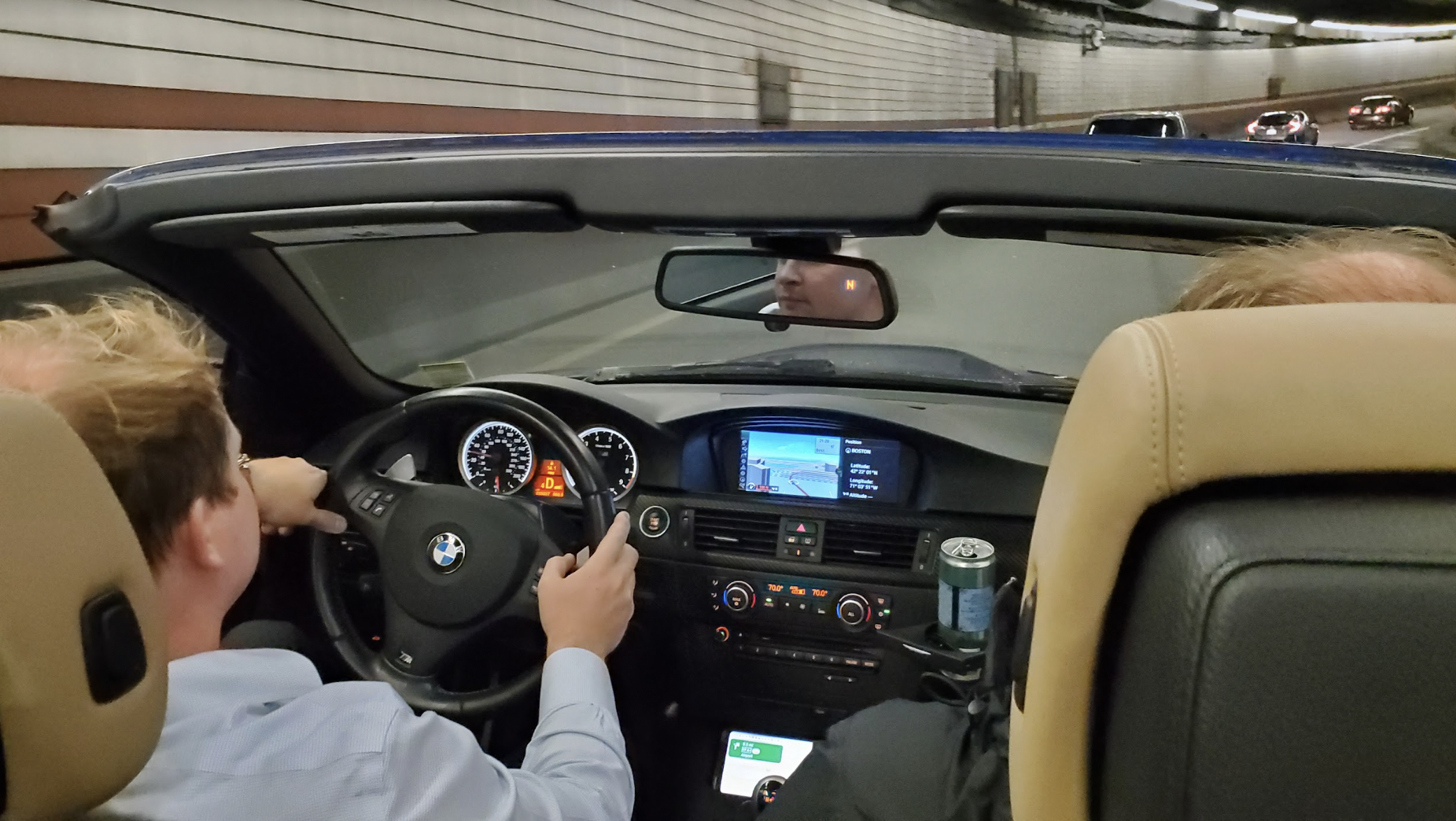 Obviously, my taste differs quite a bit from Ian’s. I like janky old Jeeps with price tags ideally in the three-figure range. But Ian just gave me a ride in his 11 year-old “E93” (that’s the hardtop convertible) M3 after I got off my plane from Detroit, and I have to say: I totally get it. I cannot believe a car this old feels this new, and I don’t just mean from a styling and interior quality standpoint (it helps that BMW has remained a bit…bland interior-wise throughout the years), I mean in terms of performance. This machine rips, and the sound it makes! My god!

The E9x BMW M3 is comfortable around town but an absolute menace as soon as that tach rises to the sky. It is a special moment in time before emissions regulations killed the NA V8.

And while I know that none of this is particularly profound, as many have extolled the virtues of this vehicle through the years, I figured I’d tell you about my first experience in an E93 M3, because it really left an impression. What a machine.

[Editor’s Note: If you do want to buy an E9x M3, be sure to have around $5,000 set aside for addressing common faults. The S65 V8s in these cars have a reputation for prematurely-worn rod bearings and broken throttle actuators. If either of those scare you, it’s a lot cheaper to add the special suspension arms from an M3 onto a 328i than it is to make an M3 bulletproof. -TH]

Rust-loving Jeep man, cofounder and EIC of The Autopian, Jason's friend. Email: david@autopian.com
Read All My Posts »
PrevPreviousThe Undersides Of Those Toy Cars Sold At CVS And Walgreens Are Accurate But In The Strangest Ways
NextCold Start: Is This Le Car Before Le Car?Next