Happy Friday, Autopians! Today is the day when I throw out the price cap and go rogue. But not Rogue, because nobody wants that. No, to cap off our week of extinct nameplates, I thought we’d set the Wayback Machine to the late 1950s, and look at a brand that got squeezed out by competition from its own company, and one that was announced to great fanfare but ended up being one of the biggest failures in automotive history.

But first, we need to strap on our winged shoes and fly back to Mercury for a moment:

Looks like most of you prefer the younger Cougar to the one that’s lying about its age. Make of that what you will.

It took a while to decide how to end this week. I thought about going with a more modern dead brand and looking at Saturn or maybe Scion, but I just couldn’t get inspired by them. Those are still cars that everyone sees every day, and they sell for cheap enough that we can always cover them later, during a normal weekday. No, I wanted to end this week on a big flashy V8-powered high note, and for that, nothing says “failed nameplate” better than DeSoto and Edsel. 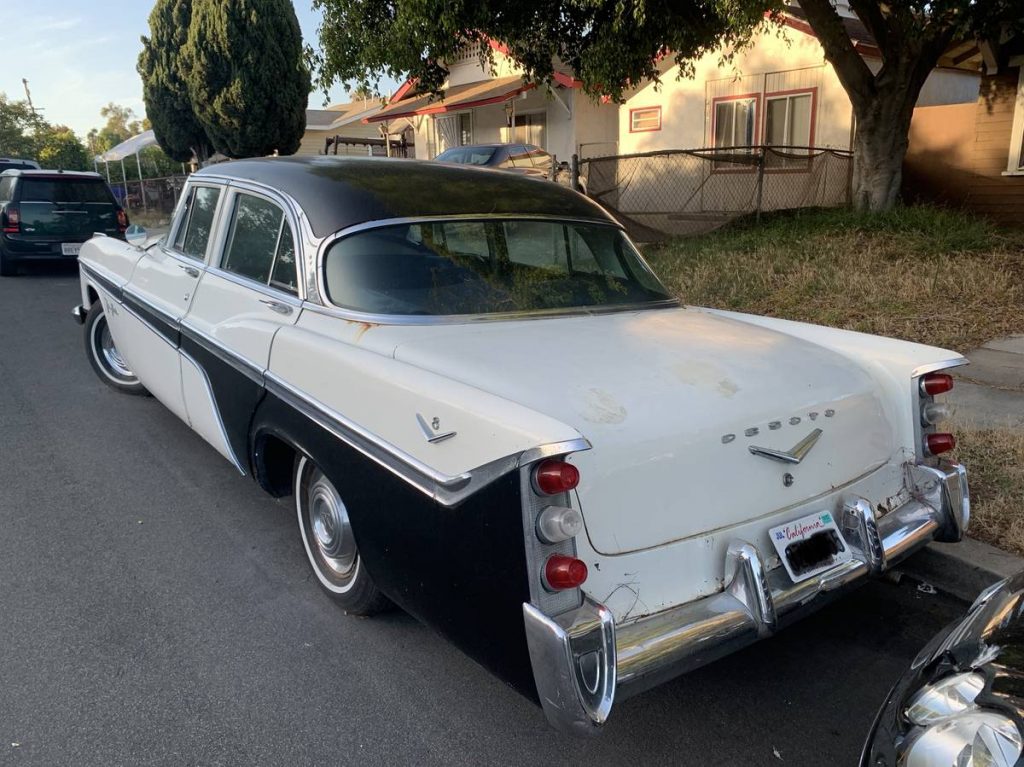 Runs/drives? Runs, but not really roadworthy quite yet

By 1956, DeSoto had been Chrysler’s mid-level brand for 30 years, but the party would only last another five. A recession in 1958 hit the middle of the new car market hard, and DeSoto, positioned at the top of that middle market, suffered a nasty blow. After Chrysler models moved downmarket and Dodge moved up, DeSoto was squeezed out, and finally discontinued after only a couple months of 1961 model year production. 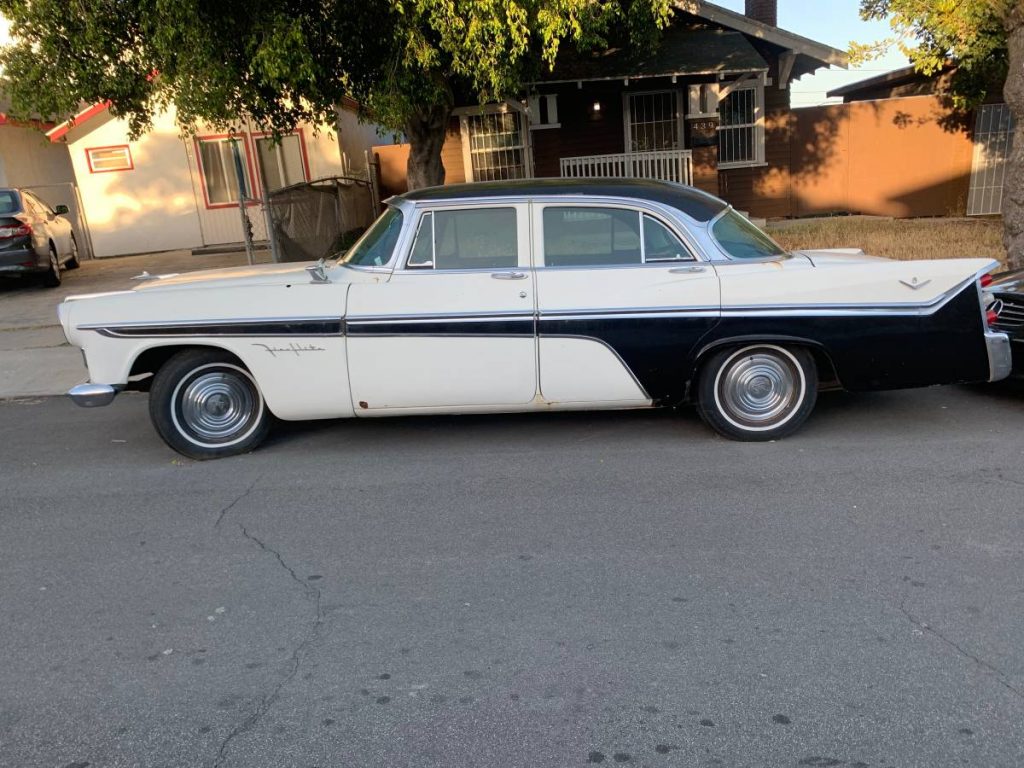 But in 1956, life for DeSoto was good. Chrysler was in its second year of Virgil Exner’s “Forward Look” makeover, and DeSoto reaped the rewards. Exner hadn’t gone full-tailfin yet, and the chrome hadn’t been laid on quite as thick as it would be in later years. The ’56 DeSoto was elegant, dignified, and futuristic. 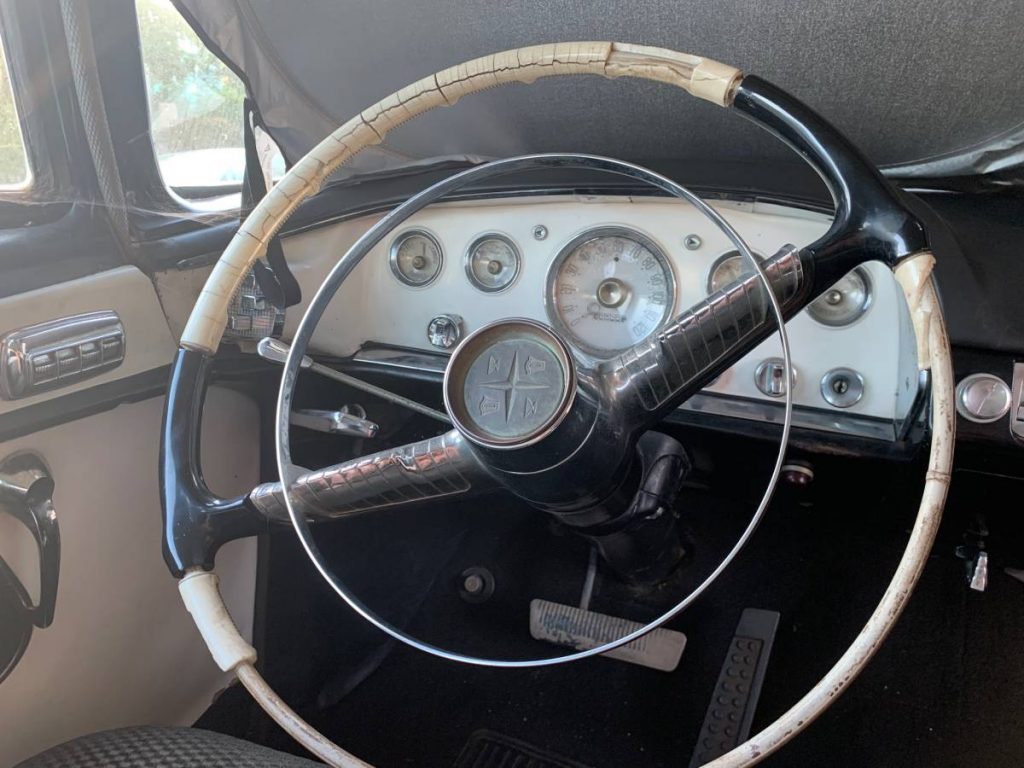 Technologically, DeSoto was at the forefront as well. Chrysler’s Hemi engine found its way under the hood of the DeSoto in a 330 cubic inch size, backed by a two-speed PowerFlite automatic transmission, controlled by an earlier version of the push-button shifer mechanism featured in the Valiant we looked at on Tuesday. A convertible DeSoto Fireflite served as the pace car for the Indianapolis 500 in 1956. Indy boss Tony Hulman called the Fireflite’s handling “superb,” though ’50s American cars set a pretty low bar for road-holding. 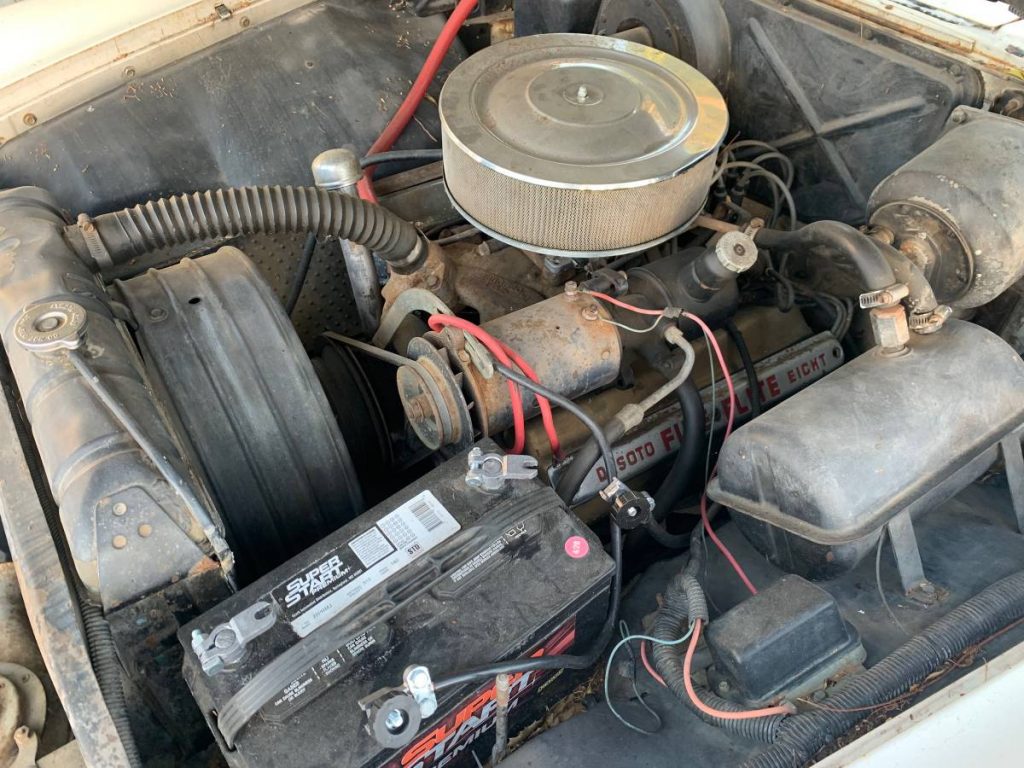 This Fireflite four-door sedan was acquired by the seller a year ago, but they never got around to doing anything with it. The famous Hemi engine starts and runs fine, but has a leaky water pump, and the rest of the car hasn’t been touched, so it’s probably not safe to drive at the moment. Making sure you have good brakes and tires is kinda important. 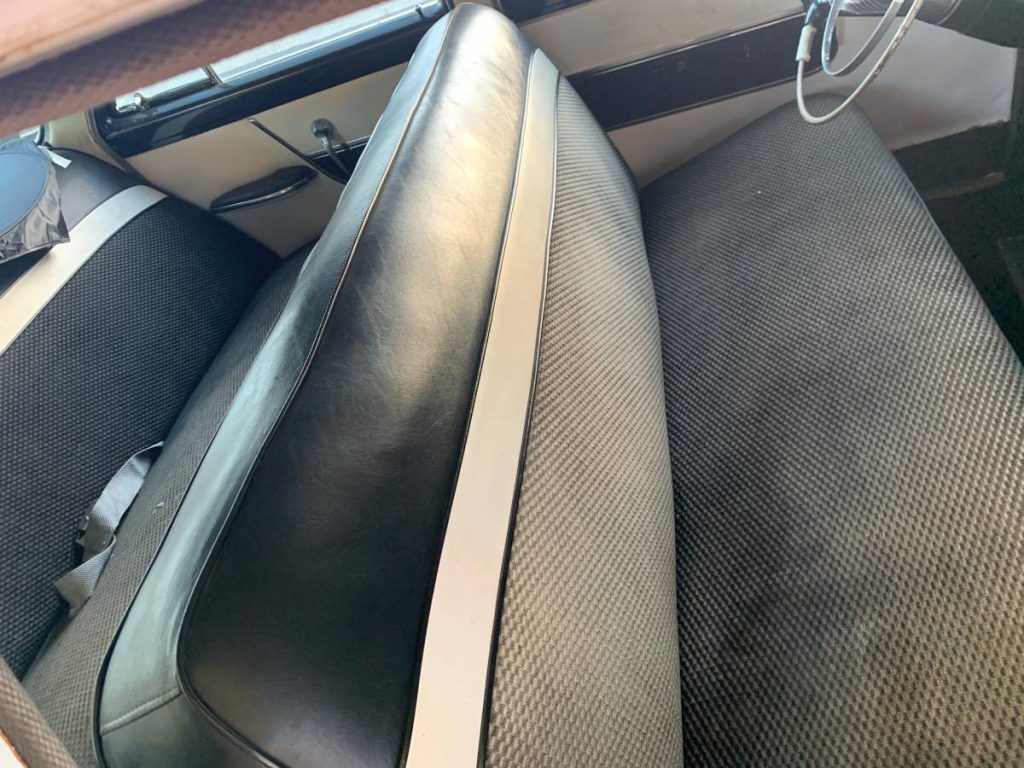 But it’s all there, and it’s all intact, and it looks very original. The black and white paint looks good, with only a little rust here and there, and the interior looks just fine. With a little elbow grease, this could turn some heads anywhere you chose to go show it off. The price is right, too. It surprises me that everyone fawns over Chevys from this era, but ignores cars like this. You buy a ’50s classic to stand out, right? Why not pick something no one else has? 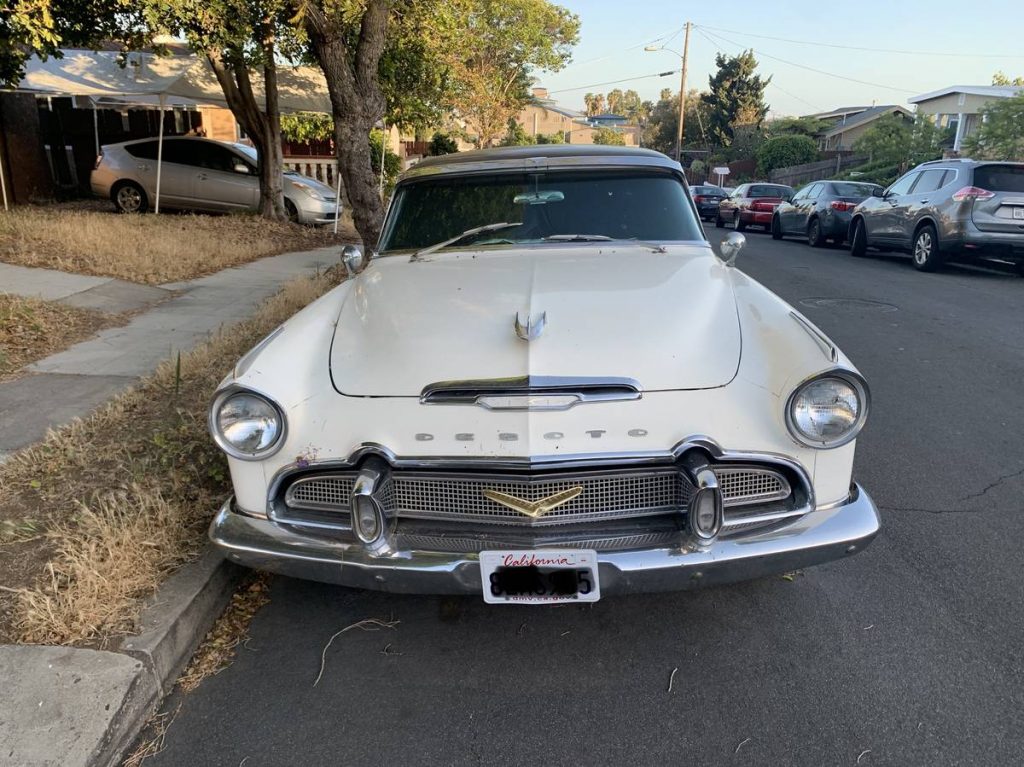 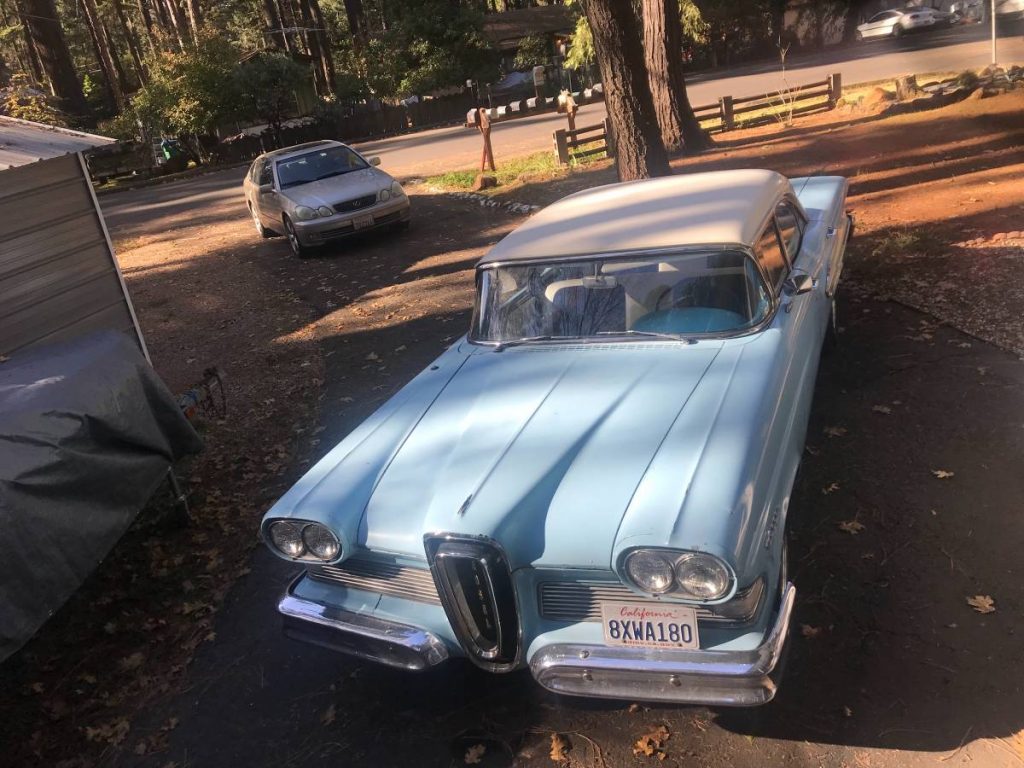 Runs/drives? Looks like it, and for that price, I should hope so

The recession of 1958 that decimated DeSoto’s sales hit the rest of the industry hard as well. What better time to introduce a whole new upper-middle range line of cars full of unproven technology? And just to really make sure future automotive writers wonder what the hell you were thinking, give that whole new car line highly controversial styling, and announce it with as much fanfare as possible. The result is the stuff of legends: Edsel lasted only two and a half model years, sold a little over 100,000 cars, and became a punchline for the ages. 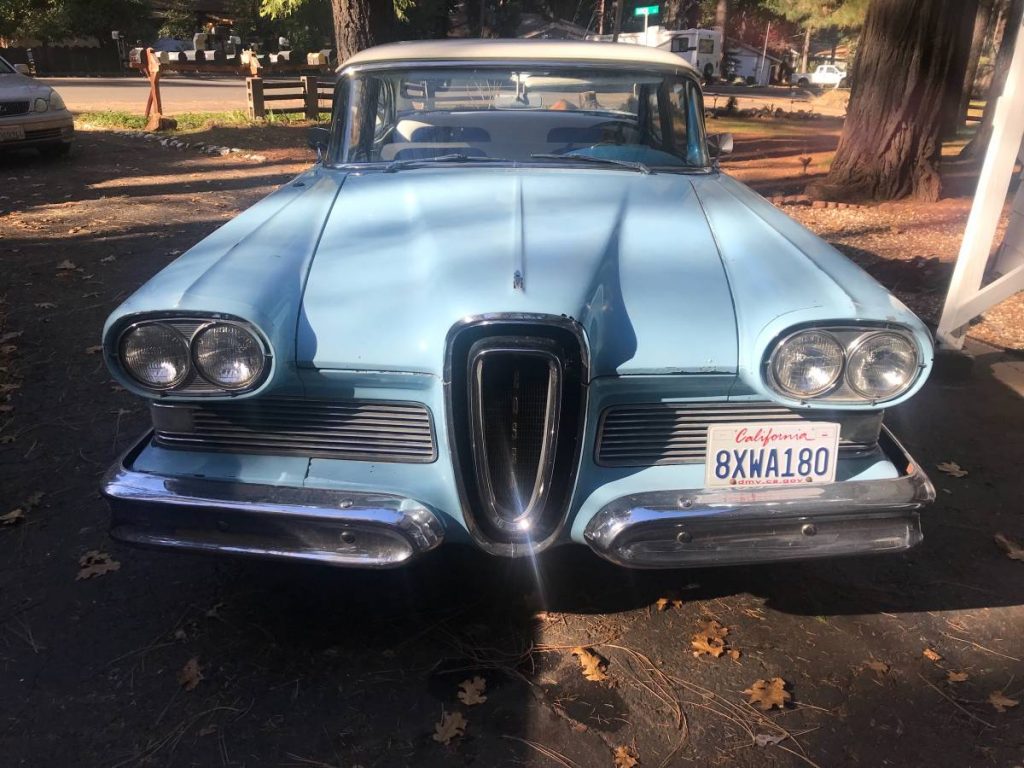 Horse collar. Toilet seat. Oldsmobile sucking on a lemon. And those were the more charitable descriptions of the Edsel’s unusual grille design. It’s not an attractive car, but it is undeniably one of the most recognizable cars of the 1950s. 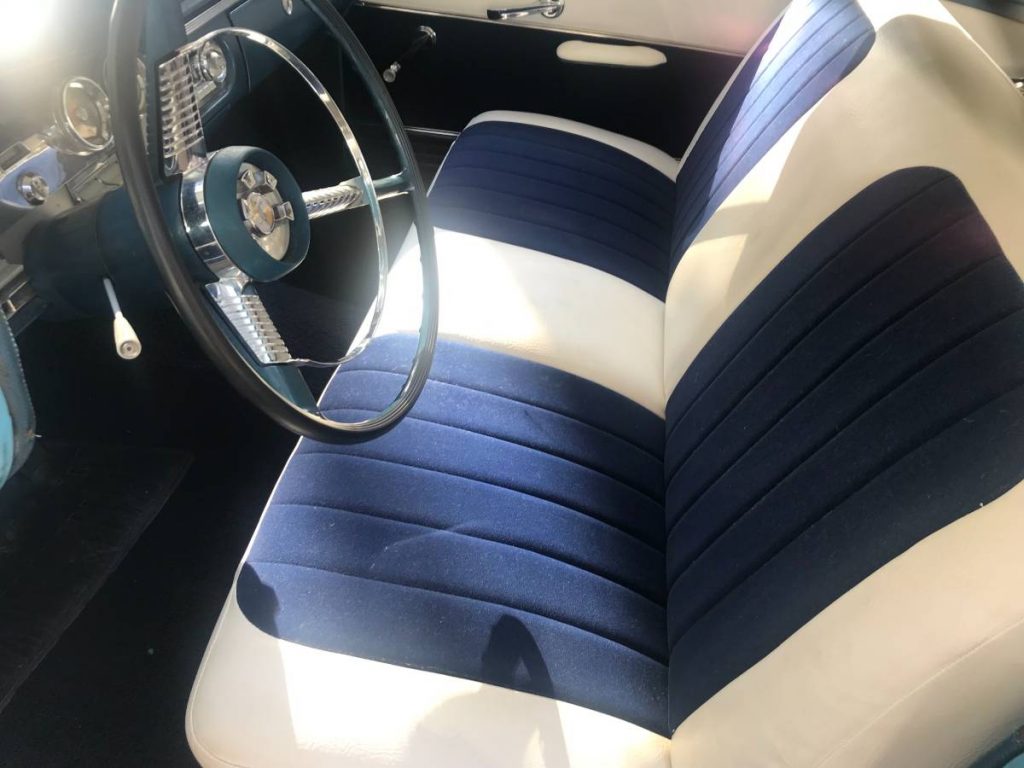 Inside, the Edsel was no less weird, with a push-button gear selector of its own, called “Teletouch.” But unlike Chrysler’s mechanical design, Ford saw fit to use electric buttons and an actuator motor to shift the Edsel. Worse, they put the buttons on the steering wheel hub. The horn, like many cars from the era, is actuated by the silver ring around the inside rim of the wheel, but that didn’t stop Edsel owners from attempting to honk the horn and accidentally shifting gears. To make matters worse, the motor that did the shifting was too weak, requiring a bunch of strange workarounds to keep from destroying the mechanism. 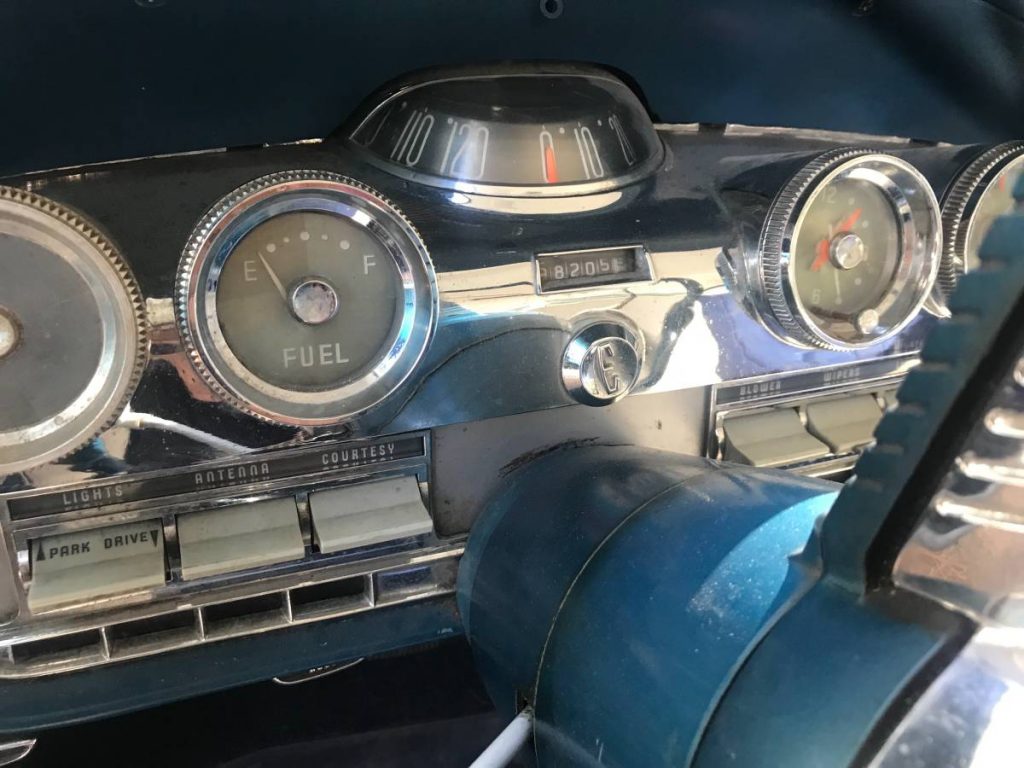 The dash, however, was straight-up cool, with a spinning dome for a speedometer. You can’t deny that the Jet Age had its moments. 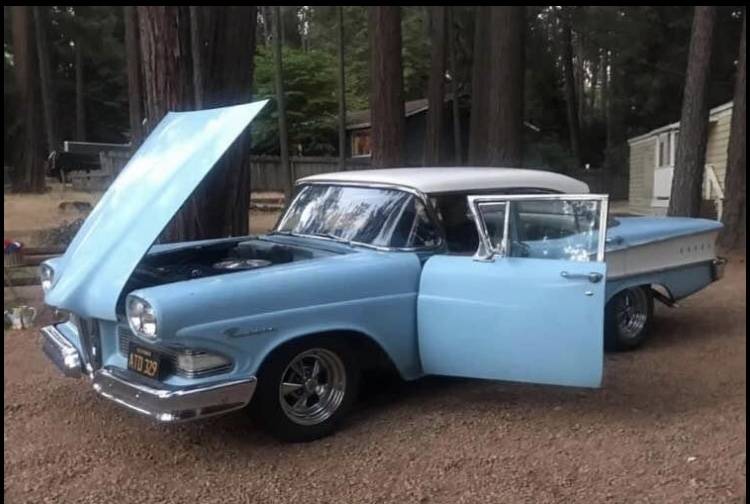 This Edsel is the low-end Ranger model, which to my eye looks the best of the bunch, with less chrome. If you ignore the bizarre front end, it’s actually a pretty cool looking car. And it’s not quite stock any more: it wears a nice set of Cragar wheels, and the “E-400” 361 cubic inch V8 breathes through a modern-looking Holley carburetor and wears a few chrome dress-up bits. The ad doesn’t say anything about how it runs, but I would guess, the way it’s presented, you could hop in and drive off with no problems. 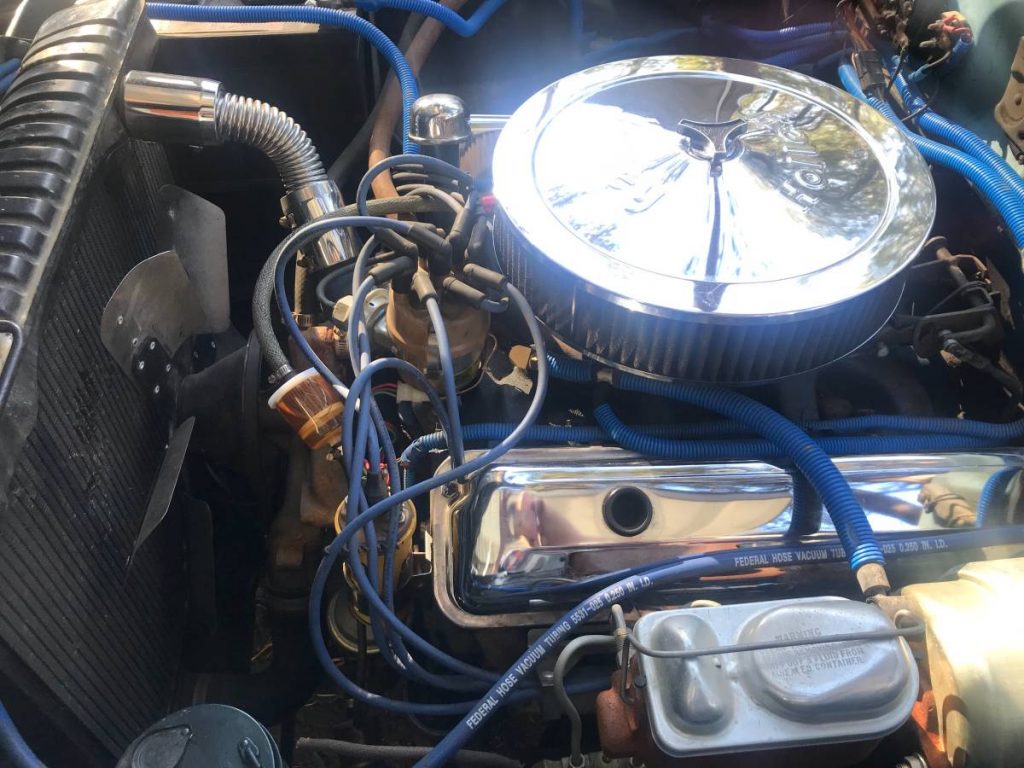 The rest of it looks nice and clean too. I really like this color; it’s very similar to Fender’s “Daphne Blue,” which I’ve always loved. This is obviously a different class of used car than the DeSoto, but it’s priced accordingly, at more than twice as much.

I guess it’s a question of whether you want a car that’s ready to roll, or one that needs some love first?