Fleet Update: The F-150 Drives Again, The Yugo Shits The Bed As Is The Way Of Things 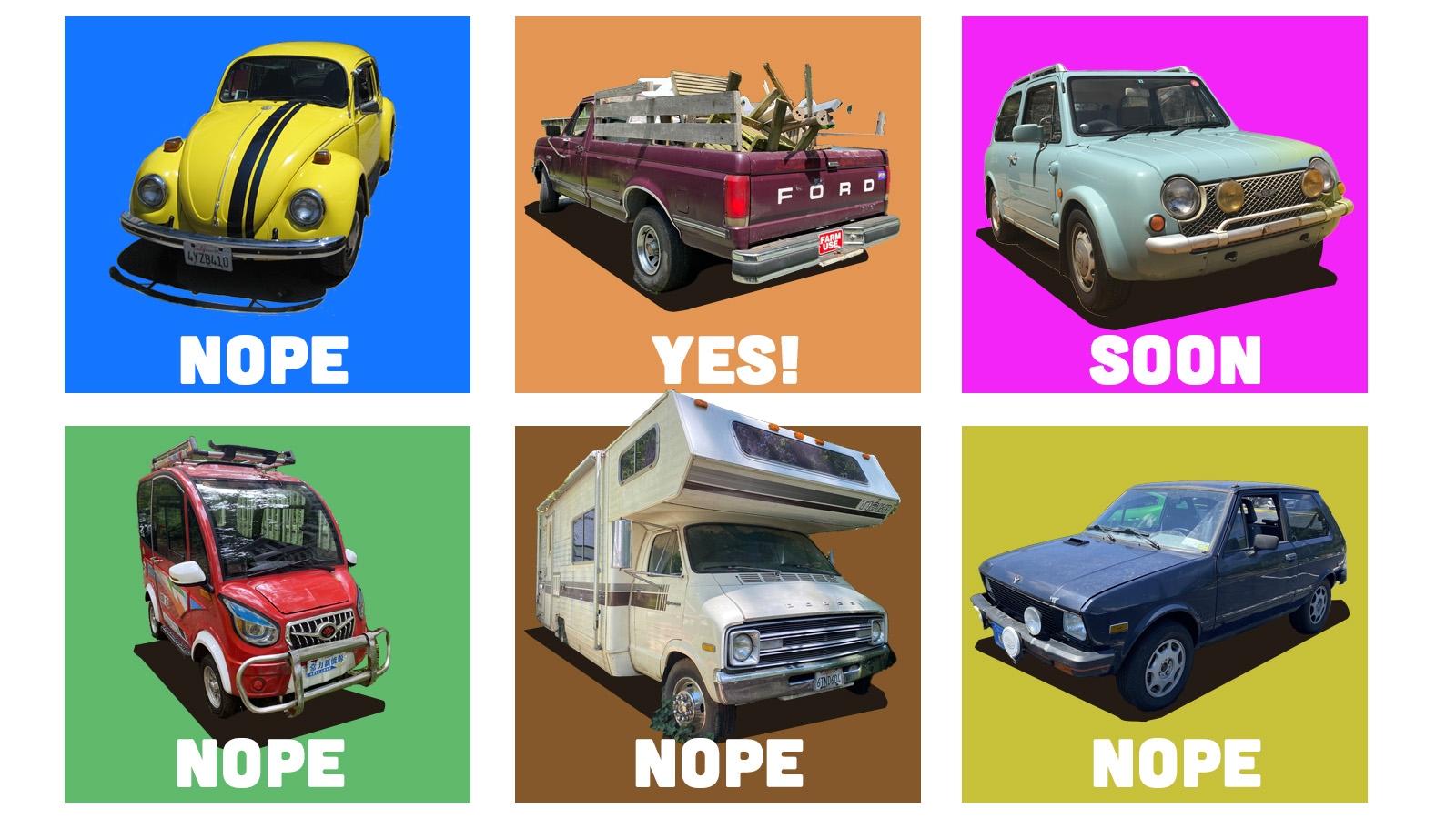 Regular readers of this site may recall, or perhaps have recalled, likely to their therapists, that my fleet of shitboxen has been in a somewhat sorry state lately. When I gave you an update in mid-July, only my Yugo was operational, a grim commentary on what a colossal procrastinating dipshit I am. I’m happy to say that there has been some progress, and I’m hopeful for more coming soon, progress that should get a full half of my fleet back in running order in the near future. And it started this weekend with a very simple realization.

First, a quick recap of the members of the fleet whose status is relatively unchanged: the Beetle’s carbs are still on my workbench, trapped by my formidable procrastination skills, the Dodge Tioga RV is really more of a guesthouse than anything mobile, and the Changli is still awaiting a fresh set of batteries that I was told would be provided by our wonderful site sponsor, Optima.

Of these, the Changli is the most likely to become motile soonest, as it just needs that battery swap. I’ll get to the Beetle and RV at some point. Especially the Beetle, I really feel bad about letting that sit for so long.

Okay, now to the ones whose statuses have changed! 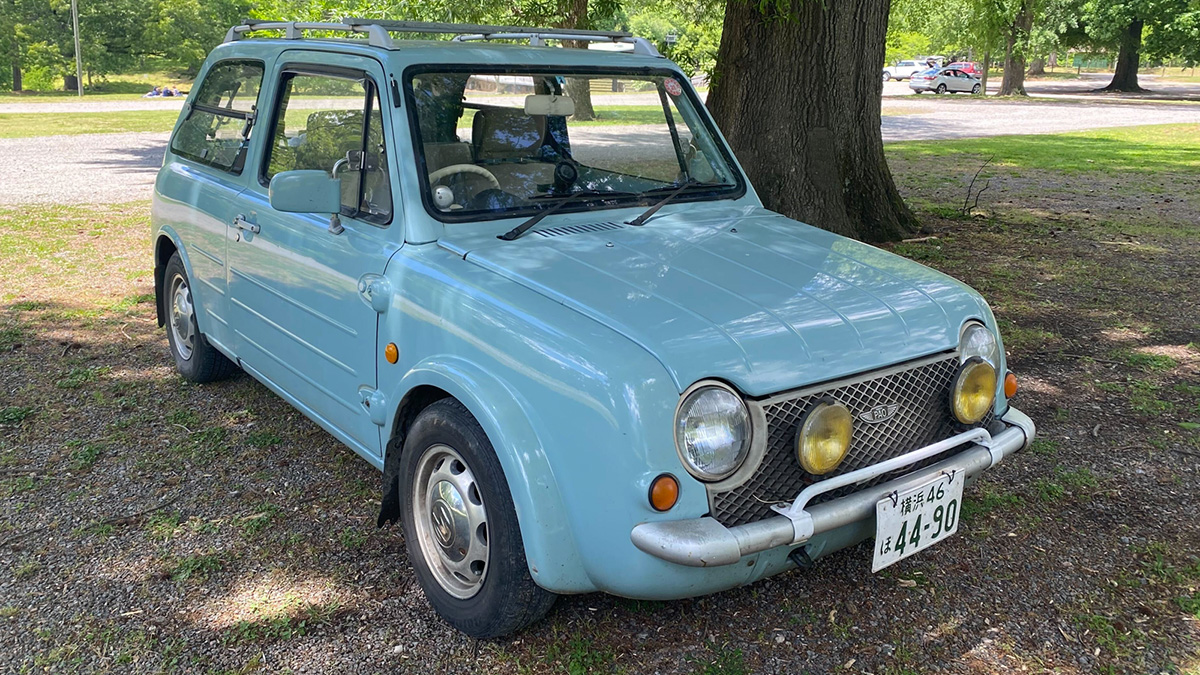 The good news here is that after hitting that deer months and months ago, the insurance company has finally paid out for the mechanical work that needed to get done (bodywork was finished months ago) and I’ve given that money to a local shop that specializes in JDM cars, so I feel good about the hands it’s now in.

Parts have been ordered, including a new radiator and water pump and timing belt, the head will be sent off to a machinist, and I’m expecting that in a few weeks’ time I’ll have my little buddy back, with all those 52 horses ready to run again. It’s been too damn long, but I’m excited that when I do get the Pao back, it’ll be in better shape than ever, especially with that new timing belt which was something I’d been needing to do, deer or no deer. 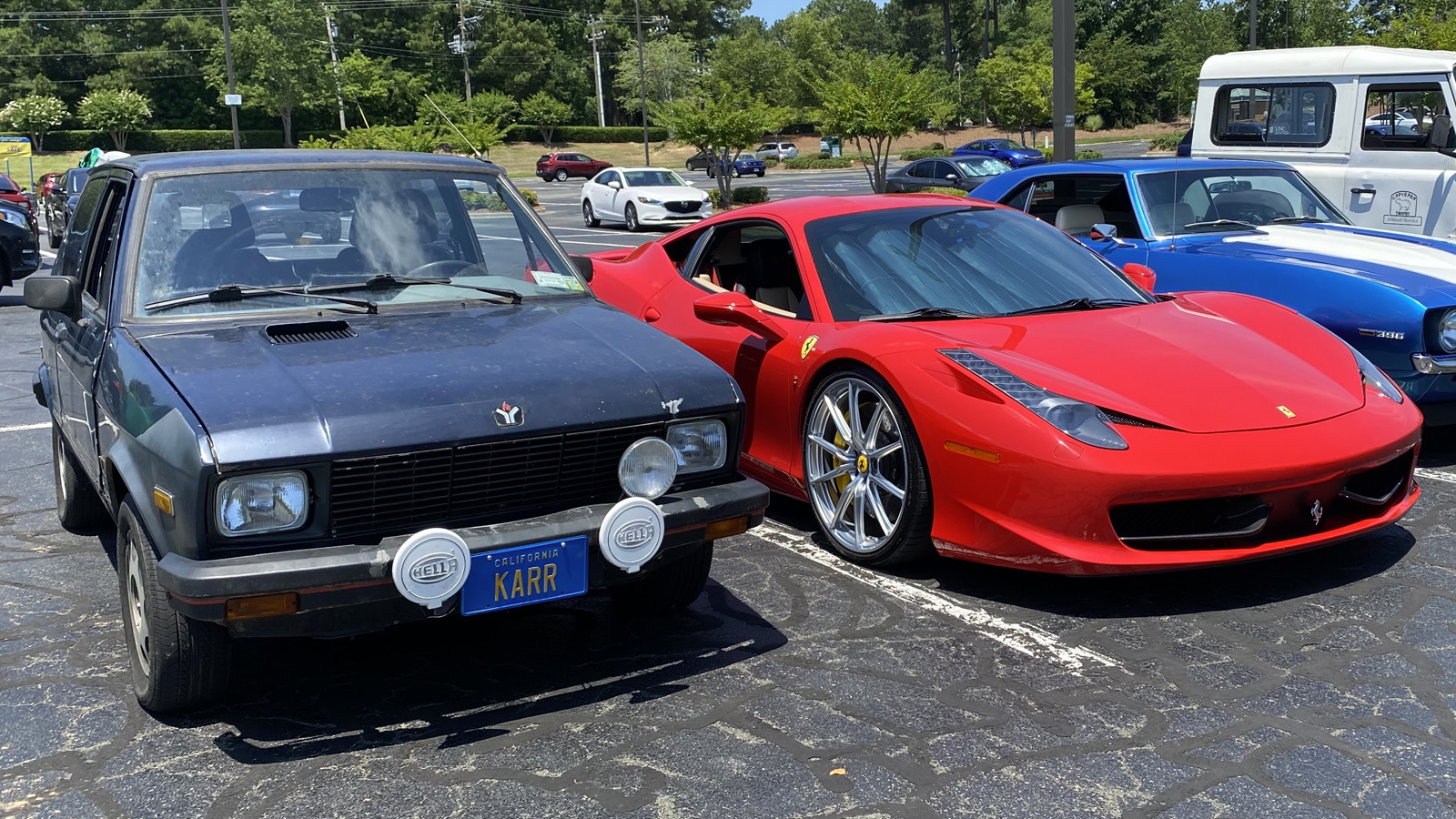 The humble Yugo had been the surprise MVP of my fleet in recent months, ending up the sole running car for a strange period of time. Even then, it hardly had an unspoiled run, requiring a throttle cable fix that included a length of garden hose (as described last time) but it did continue to run, well, it did until a couple weeks ago, when it decided that running was no longer an interesting path for it to take.

In the middle of a downpour, it suddenly stopped, um, going, an ability I usually consider important for a car. I got out and tried to see what was wrong, but there was nothing obvious happening. I did manage to get it going well enough to limp home slowly, and once back, it’s refused to start.

It seems like something fuel-related. I’ll need to poke around at those injectors or maybe there’s some kind of crude mass air flow sensor I need to wipe off on my shirt (don’t laugh, I once got my old Isuzu pickup running again that way) or something like that.

Actually, now that I’m typing this, I’m wondering how much do I really trust that fuel gauge? Could it be something as simple as fuel starvation? Huh. 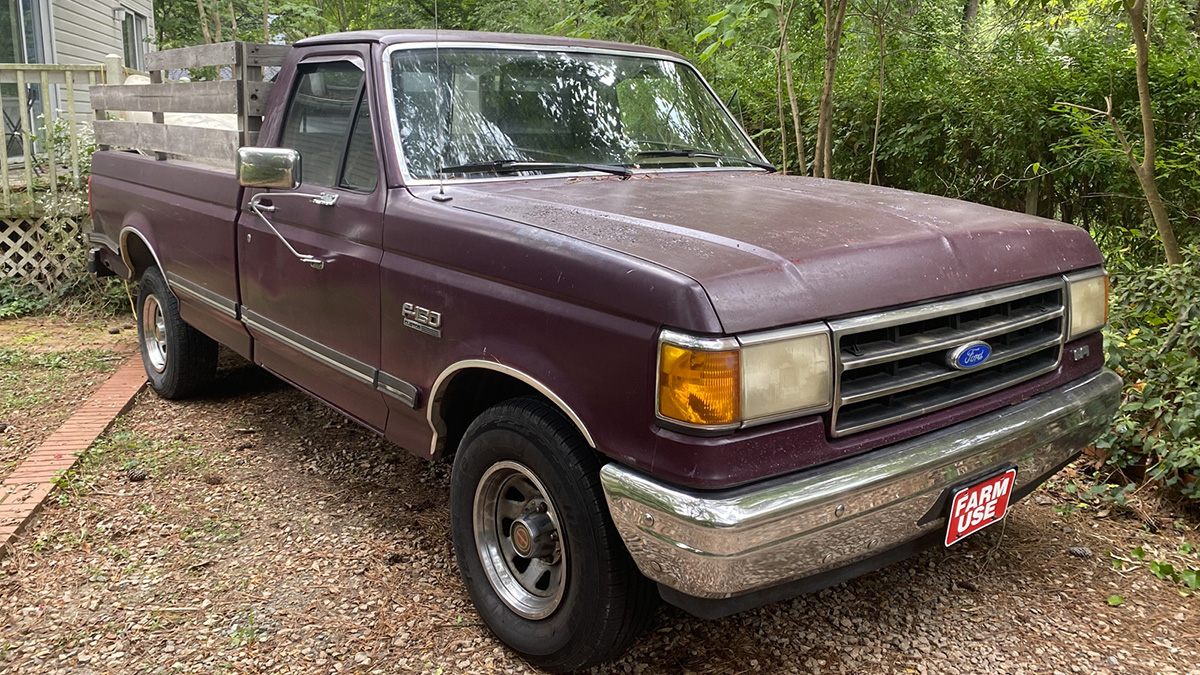 The ruggedly charming F-150 known as the Marshal hasn’t exactly been easy on me since I got it, but it’s getting there. After the initial electrical issues were sorted out, things seemed basically fine (well, that clutch cylinder does need replacing) until the serpentine belt jumped off (again in a downpour – is someone with meteorological control trying to send me a message?) and I was unable to get it back on the right way.

I was able to limp it home by skipping the A/C compressor, but that wasn’t a real solution. When I tried to get the belt routed the right way, I found myself stymied by the incredibly stubborn belt tensioner. Even after enlisting the help of strong-armed friends to help try to move the tensioner while I got the belt routed, it had never worked right, and that serpentine belt had stubbornly refused to stay on the pulleys.

This weekend I had my friend Andy come by to lend a hand. Andy is also my only friend who happens to have a lift, so I hope he doesn’t feel like I’m too big a parasite at some point, because the truth is I do certainly take advantage of his sweet setup. I should buy him some liquor or something.

Anyway, after struggling with pry bars and the uncooperative tensioner, we decided to remove it, and that’s when we saw the truly sorry state of the thing: 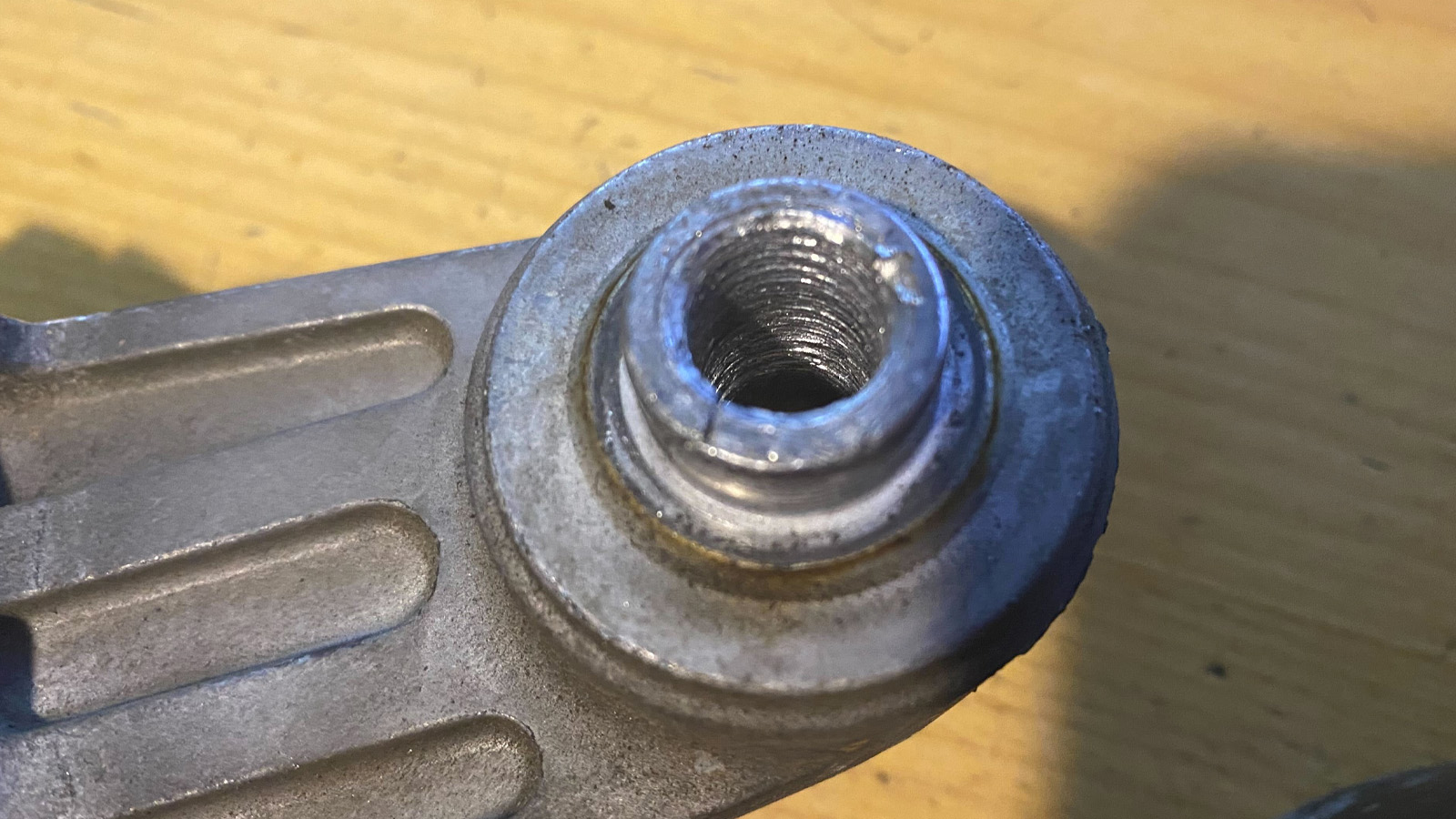 Look at how chewed up the threaded hole is there! No wonder the belt wouldn’t stay on, that tensioner pulley was as stable as a wombat on ketamine. And this is where I had my huge realization about this truck, because Andy just said, with simple rationality, “You should get a new tensioner.”

An obvious statement to nearly everybody, but, you see, because of the sorts of cars I’m used to living with and wrenching on, my first instinct when I see a ruined part is to try and figure out if there’s a way to bodge it together, because I’m used to parts being weeks and weeks away after having to be ordered from specialized sites after a lot of searching online. I’m used to parts being rare and exotic items.

But this is a Ford F-150! My thinking has to change! I don’t have to make do until I can get some obscure bit of Japanese or Yugoslav metal shipped halfway across the world, because I can find F-150 parts at a flapjacking grocery store if I have to.

So, delirious with the ease of it all, I went about a mile away to the nearest auto parts store, and of course they just had the part sitting on the shelf, and about an hour and $69 later I had a running truck again. 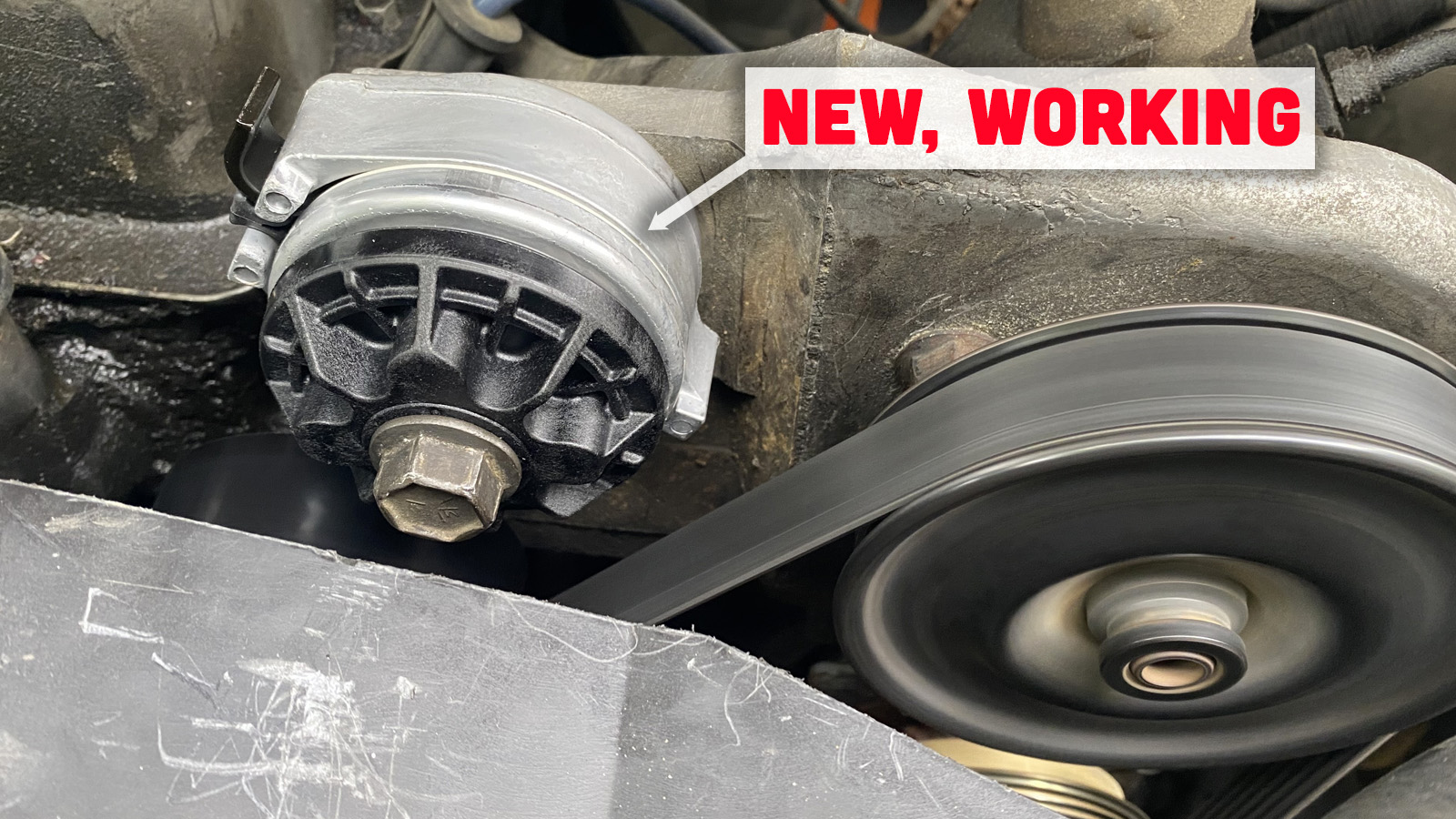 I need to just write this right on the dashboard of this thing: Parts Are Easy To Get. I don’t have to scramble and half-ass things for this truck. If a part is broken, un-broken ones exist, and are easy to find! I feel like one of those ex-Soviet citizens visiting an American grocery store as seen in 1980s news shows, dazzled and overwhelmed by the sheer bountifulness of it all.

I feel like a fool for waiting so long. It just didn’t really occur to me, because, again, I’m kind of an idiot.

But, I’m an idiot with a working truck again, and I celebrated by taking the kid out canoeing.  The truck also makes unloading and loading the canoe from my side deck so much easier, as you can see: 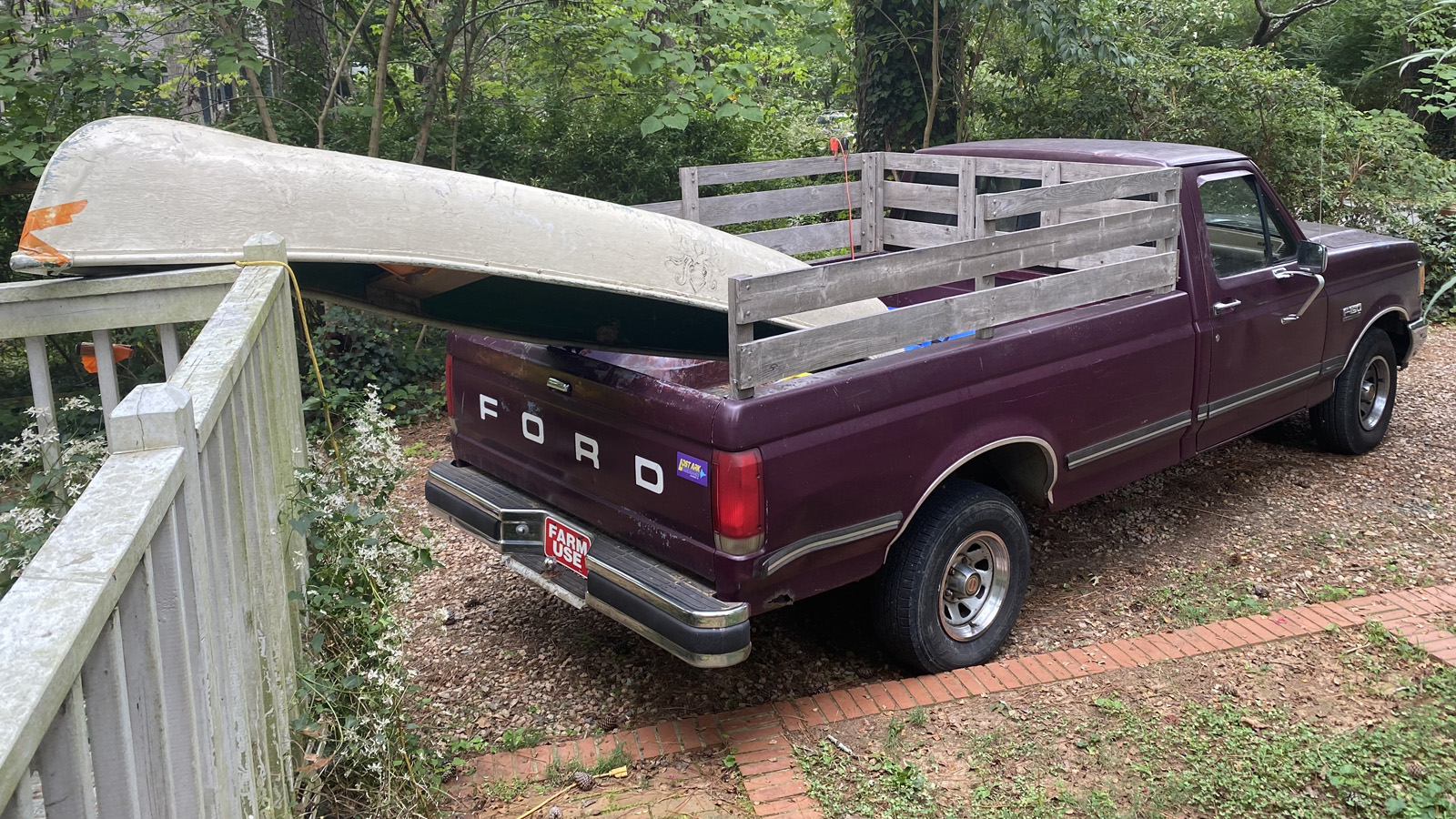 I’m going to indulge in a bit of optimism: my fleet is on the mend. Slowly, sure, but it’ll happen. I hope.

I'm a co-founder of the Autopian, the site you're on RIGHT NOW! I'm here to talk to you about taillights until you cry and beg me to stop, which I absolutely will not. Sorry. Hug? Also, David's friend.
Read All My Posts »
PrevPreviousA Lithium Motorcycle Battery Has Turned My Basket Case Triumph Into A Reliable Bike
NextYou Can Now Buy The ‘Mid-Engined Supercar’ Renault Clio V6 America Never GotNext