Yesterday, Ford confirmed rumors that have been circulating around the internet for over a year. America is going to get the Ford Transit in a new flavor, and this one is the Transit Trail. It’s an off-road van that Ford says is designed around do-it-yourself vanlife camper builders as well as motorhome distributors. It’s just a tease for now, but let’s take a look.

Last year, Ford generated headlines by filing a design patent with the United States Patent and Trademark Office. That patent paperwork suggested that Ford was gearing up to make an off-road version of the Transit van for America. Now, over a year later, Ford confirms that it is indeed giving us an off-road version of the Transit called the 2023 Transit Trail, and it will be revealed next month. Yesterday. Ford Pro, the commercial division of Ford, dropped this teaser:

The company says this new van is going to offer more than just an appearance package and off-road tires. The interior is said to be enhanced for RV manufacturers and for folks who want to build their own camper. In case you get confused as to who this van is for, Ford calls out #Vanlife right in its headline. And the new van will be built here in America alongside electric Transit siblings.

Normally, that’s where a post like this would end. But there probably isn’t as much mystery associated with this new van that Ford teased as you might think. The Transit Trail originally launched in the United Kingdom for the 2020 model year and that van looks a whole lot like this one. 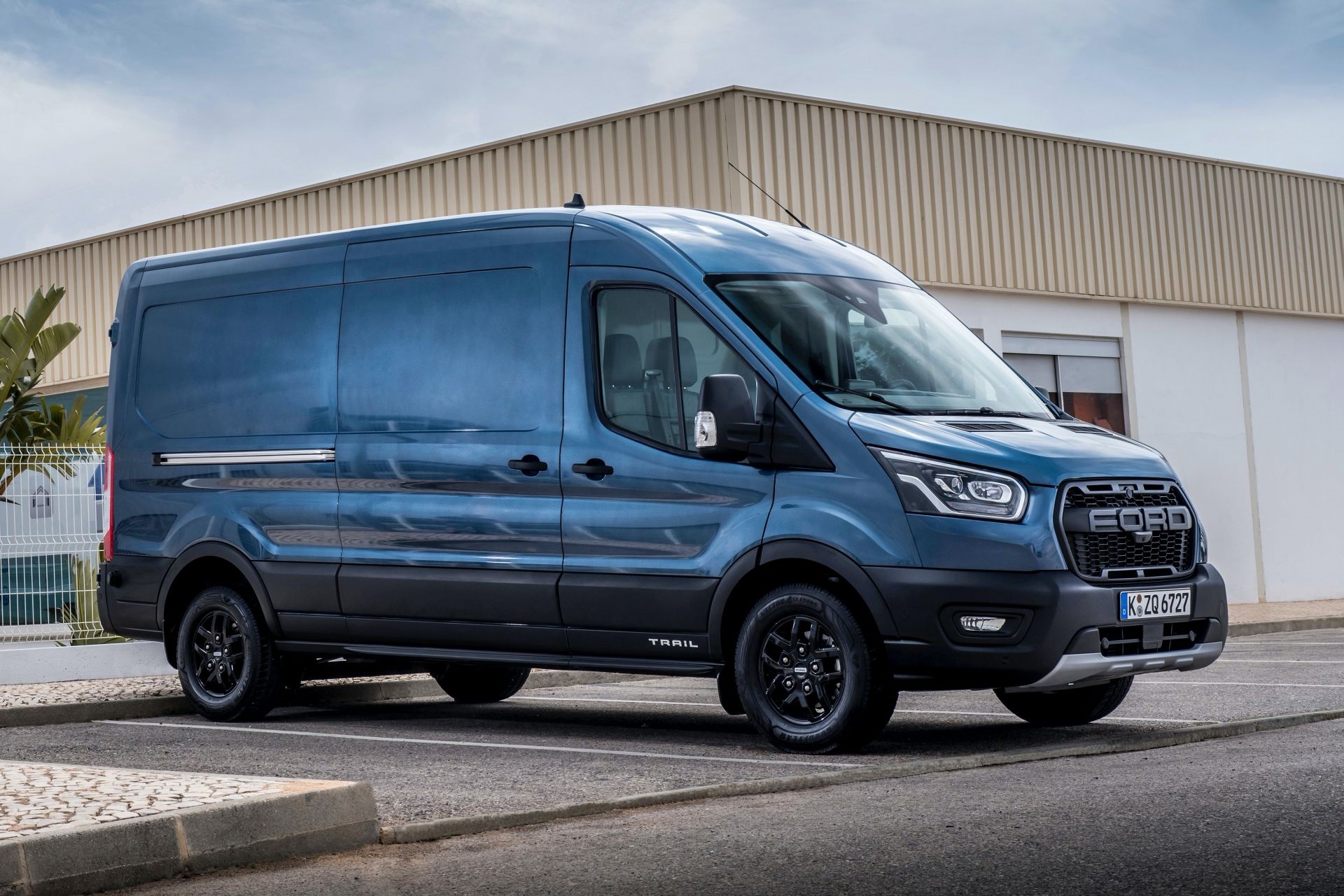 My colleague Thomas helpfully brightened up the teaser image and sure enough, it looks similar.

The UK’s version of the Transit Trail sports a Raptor-inspired grille, fender flares, and body cladding meant to give it a tougher, rugged look. The cladding also probably helps a bit with rocks kicked up while you’re bombing down trails. It looks like the version that we’re getting isn’t exactly the same, but it’s pretty close. 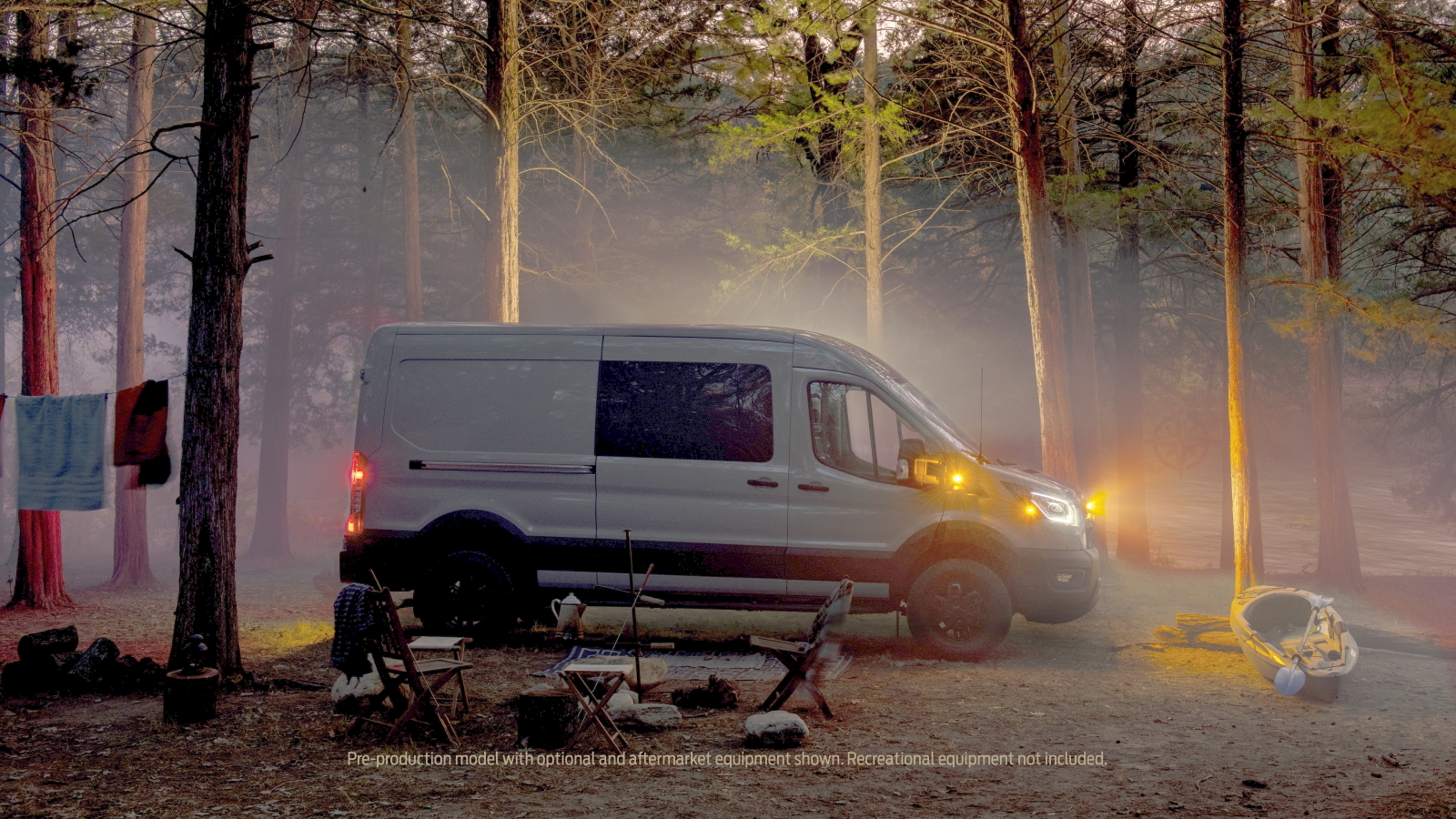 As we can see in the teaser (and in spy shots), the American version doesn’t have the lower cladding, but the fender flares stick around and it looks like there’s something going on with the front bumper, too. The UK version gets unique 16-inch wheels and it looks like those are making it over here, too.

The grille shown here isn’t the same, going for an emblem over the Raptor-like script of the UK version. But hey, at least we get those cool clearance lights! 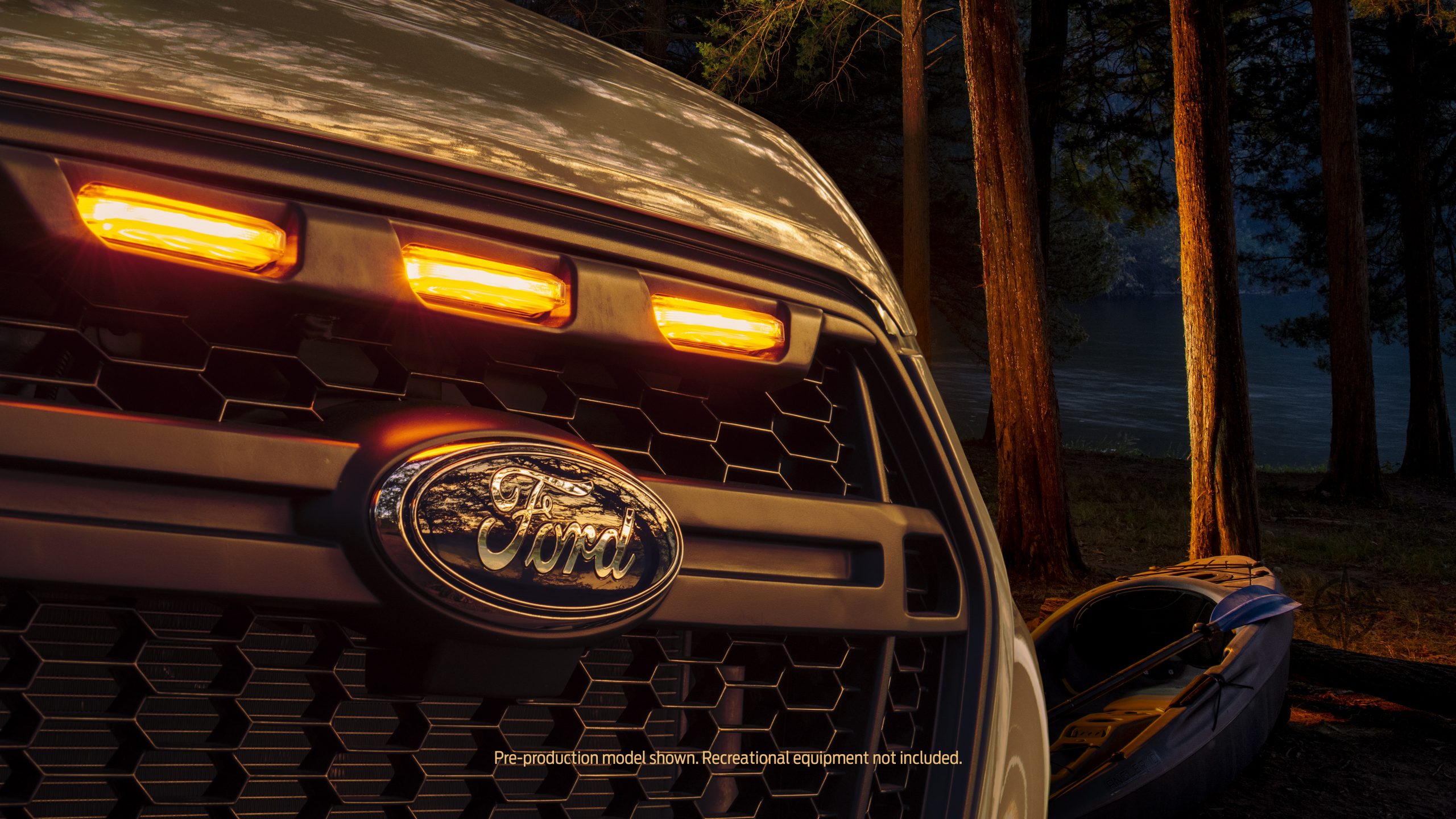 In terms of gear, the UK version gets a mechanical limited-slip differential that Ford developed with UK driveline company Quaife. That’s combined with an optional all-wheel-drive system and off-road driving modes. Otherwise, most of the changes to the UK version are purely cosmetic, as you can see in Ford’s press release.

The interior of the UK version features seats that can be moved around, removed, or reversed to fit the owner’s needs. And when removed, their mounts also work as anchor points for cargo.

It’s unclear how much different the U.S. version will be from its sibling in the UK, but I just love the fact that we’re getting an off-road version in the first place. 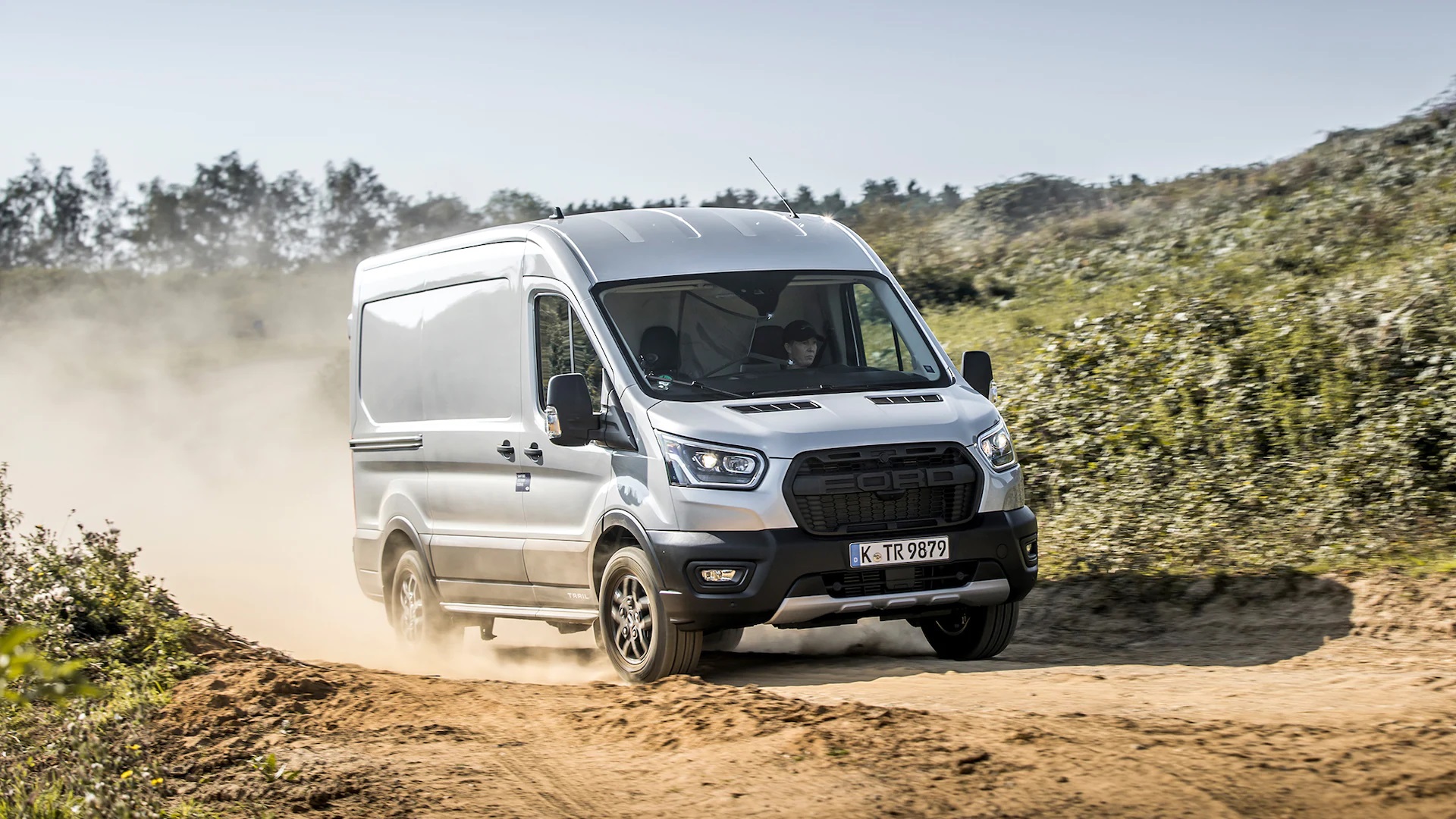 But it makes sense, as off-road-style camper vans are pretty big right now. It looks like Ford is getting in while things are still hot. RV manufacturers are already building campers based on Ford Transit vans, so it will be interesting to see what Ford will be offering here that you can’t already get.

Mercedes is a lifelong fan of all things powered by an engine. When she isn't driving one of her five Smart Fortwos or her 14 other vehicles she could be found in the cockpit of a Cessna 172 or perhaps swimming in any body of water that she could find. She also has a deep love for buses of all kinds. Please send her buses. mercedes@theautopian.com Instagram: @mistymotors Twitter: @Miss_Mercedes30 Facebook.com/neonspinnazz
Read All My Posts »
PrevPreviousThis Dealership Proudly Selling A 344,591-Mile Honda Accord Junker For $2,200 Shows The Sad State Of Used Cars
NextHere’s How Automakers Design Test-Car Camouflage To Hide Precious SecretsNext