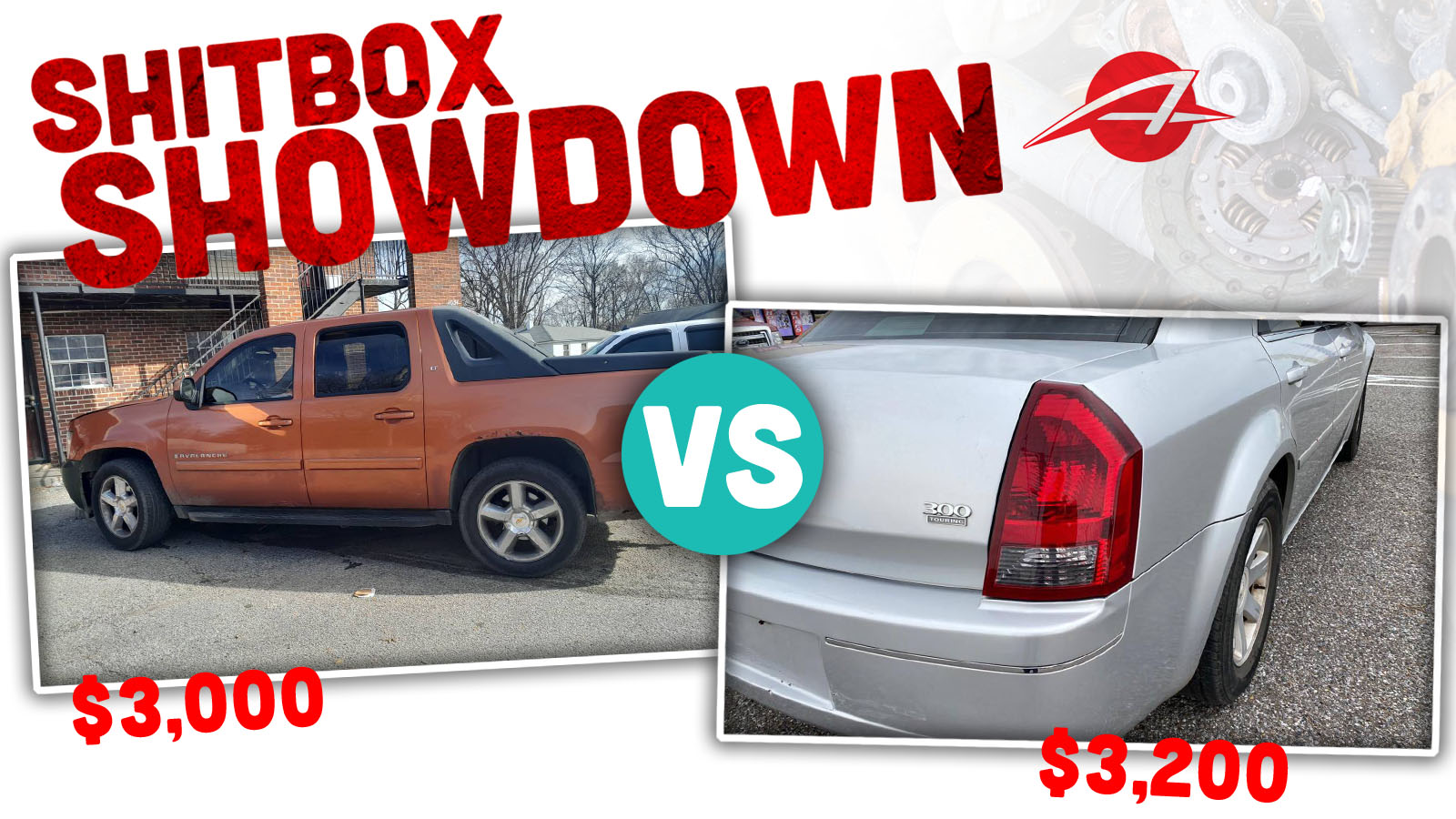 Good morning! Today’s Shitbox Showdown takes us to Memphis, Tennessee, where a fairly well-known singer once had a modest home. Before we head south and east, however, let’s see which Reno ride you picked yesterday:

The Jeep takes it, by a comfortable margin. I agree. This may not be the Holy Grail, but I still feel you have chosen wisely.

So… Off we go to Memphis. Or “Mimphis,” as the locals often pronounce it. One of a few American cities named after ancient Egyptian ones, along with Cairo, Illinois, which you would think is pronounced like the Egyptian city but in fact is pronounced “kay-ro.” However you want to say it, I’ve a reason to believe we all will be received if we arrive there in one of these two choice rides. Let’s check them out. 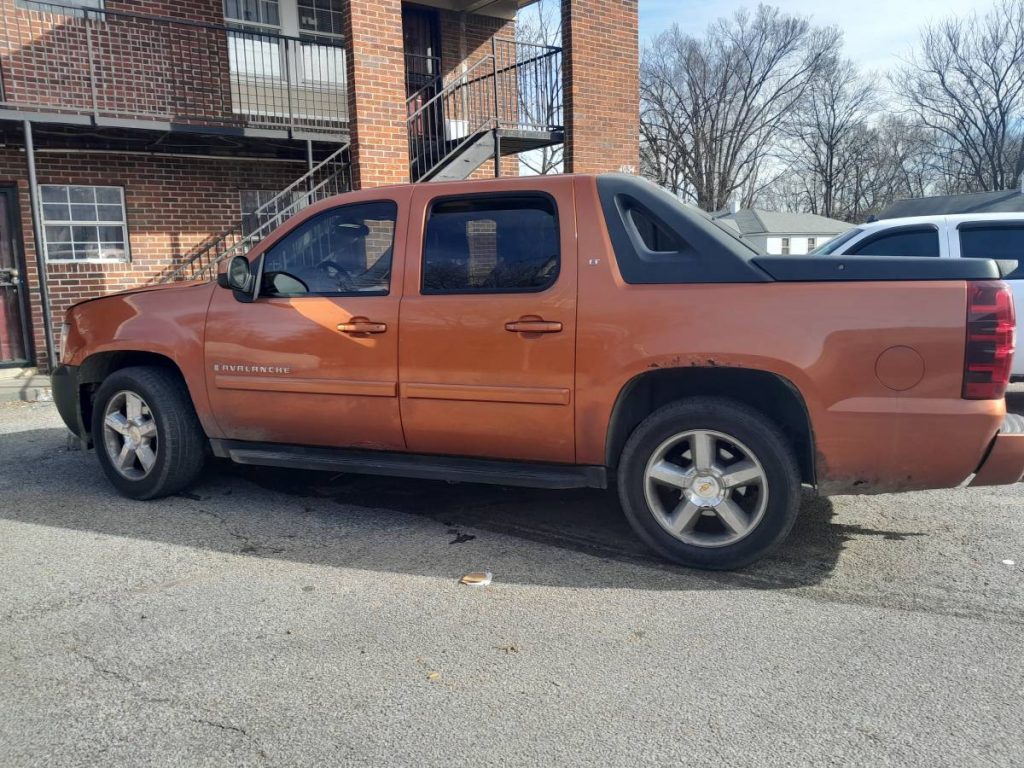 The Chevy Avalanche suffered from a bit of an identity crisis. It was essentially a crew-cab pickup with a one-piece body (as opposed to a separate cab and bed; it’s still body-on-frame) like an SUV, but its unique “midgate” allowed drivers to sacrifice the back seat temporarily to make a nearly-normal-sized pickup bed. It was a clever idea, and I always thought a pretty good-looking vehicle (especially the second-generation like this one), but it didn’t sell in nearly the numbers that ordinary crew-cab pickups did, and GM discontinued the Avalanche in 2013. 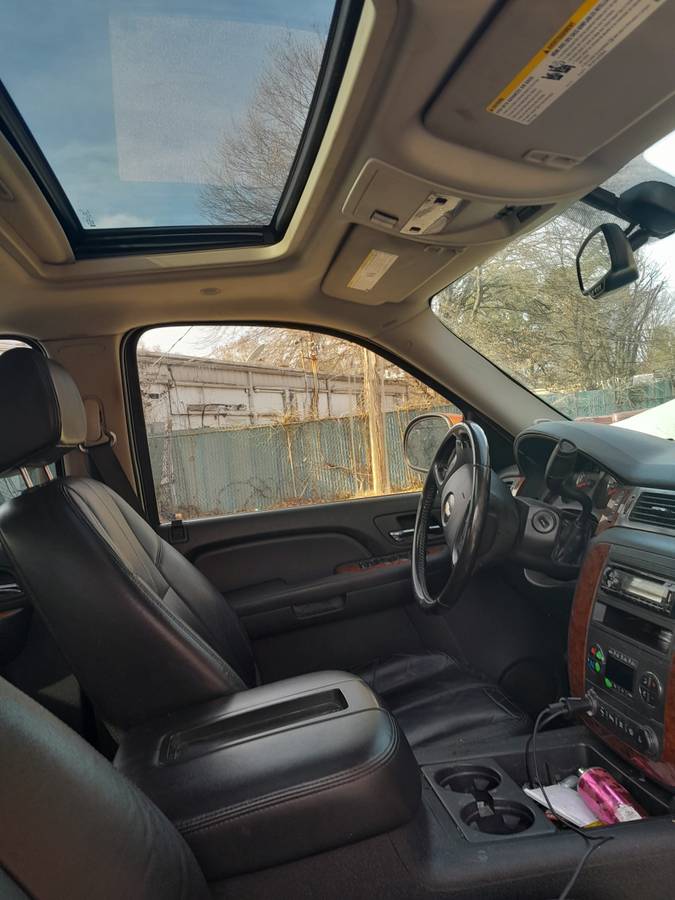 This is a pretty fancy Avalanche, with a leather interior that’s still in good condition. I’m reasonably sure, based on the ride height, that this is a two-wheel-drive model. Most Avalanches came with a 5.3 liter version of GM’s LS family of V8 engines, so that’s what I’m assuming is under the hood of this one as well. The ad is a little light on specifics. 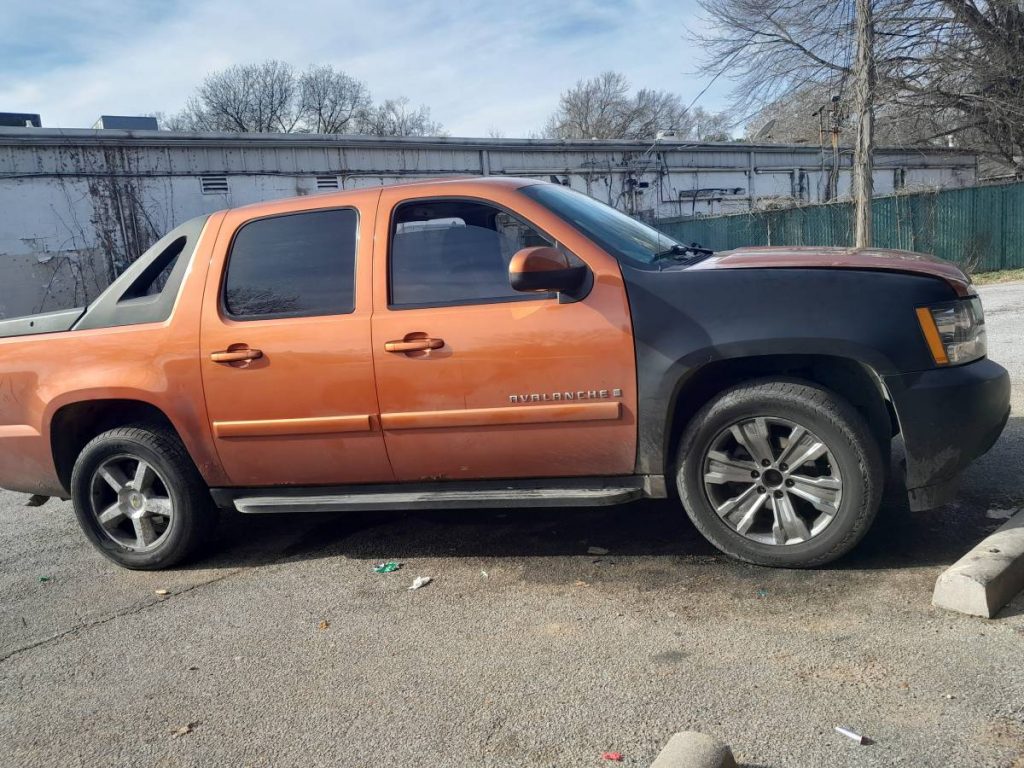 It has been dinged in the right front, and had the fender and bumper skin replaced. They’re in flat-black primer instead of the nice burnt orange of the rest of the truck. It also has a bit of rust in the left rear wheel well. Apparently, bodywork and paint is too much of an expense for the seller, so they’re unloading it as-is. 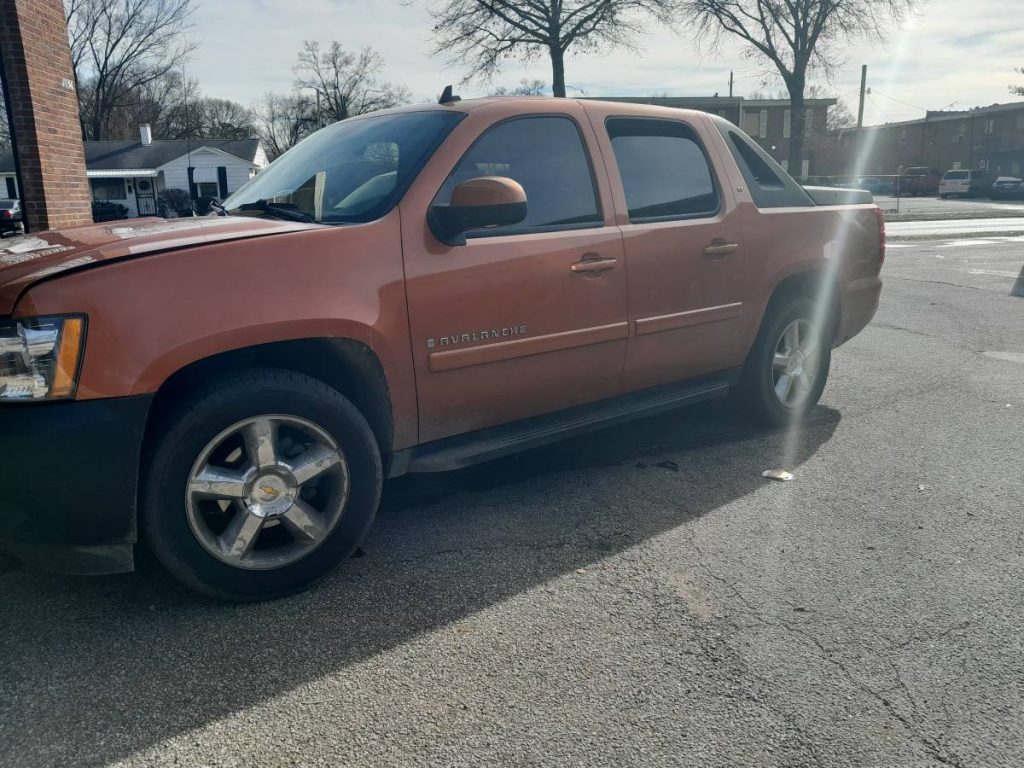 The good news is that they say it runs well, and at 200,000 miles it should still have some life left in it. If you don’t mind the unintentional two-tone exterior, you could just drive it as is. 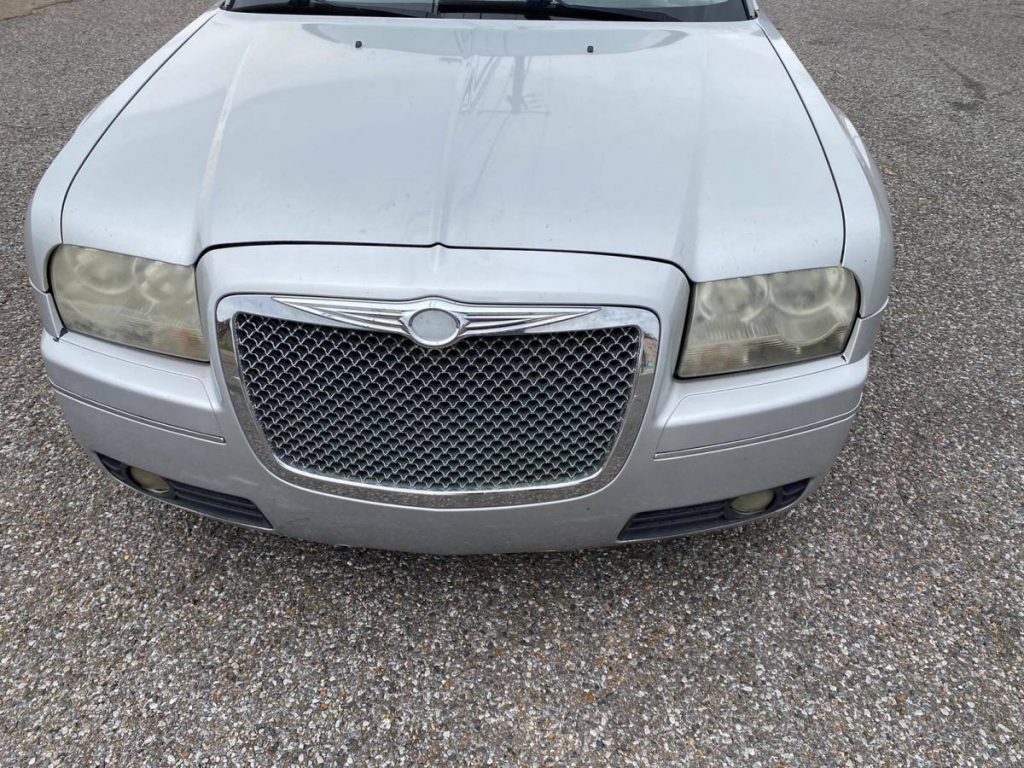 Imagine it’s 1985. You’re standing in a Chrysler-Plymouth dealership, and someone tells you that in twenty years, Chrysler will introduce a new full-sized rear-wheel-drive sedan, with an available Hemi V8, based on Mercedes-Benz architecture, and not only that, it will remain in production for almost two decades, and gain a reasonable reputation for durability and reliability. You would take one look at the K- and E- cars littering the showroom, and laugh. And yet, here we are. 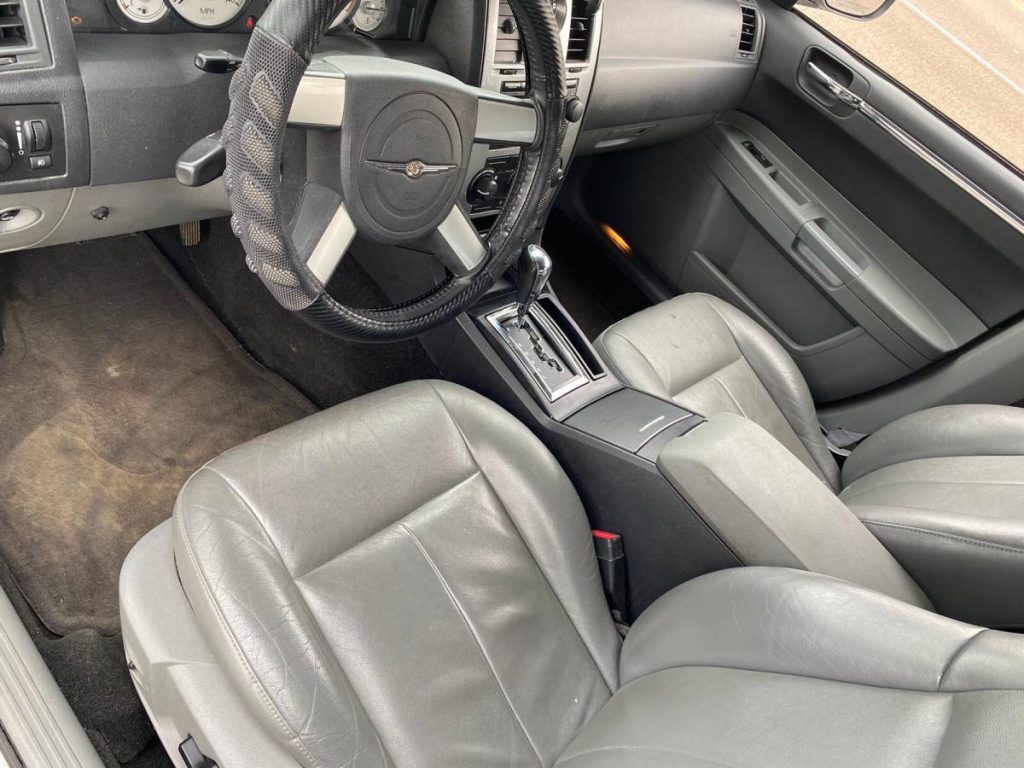 The LX/LD platform’s days are numbered, but the cars have been a success by any measure. They’re depreciating into our price range now, and surprisingly, examples like this still look like they’re worth having. This 300 Touring is well north of two hundred thousand miles, but it looks good, and the seller says it runs well. It’s equipped with a 3.5 liter V6 and Chrysler’s own “Ultradrive” four-speed automatic, which had some teething problems, but by this point was pretty reliable, as long as you kept the fluid clean. 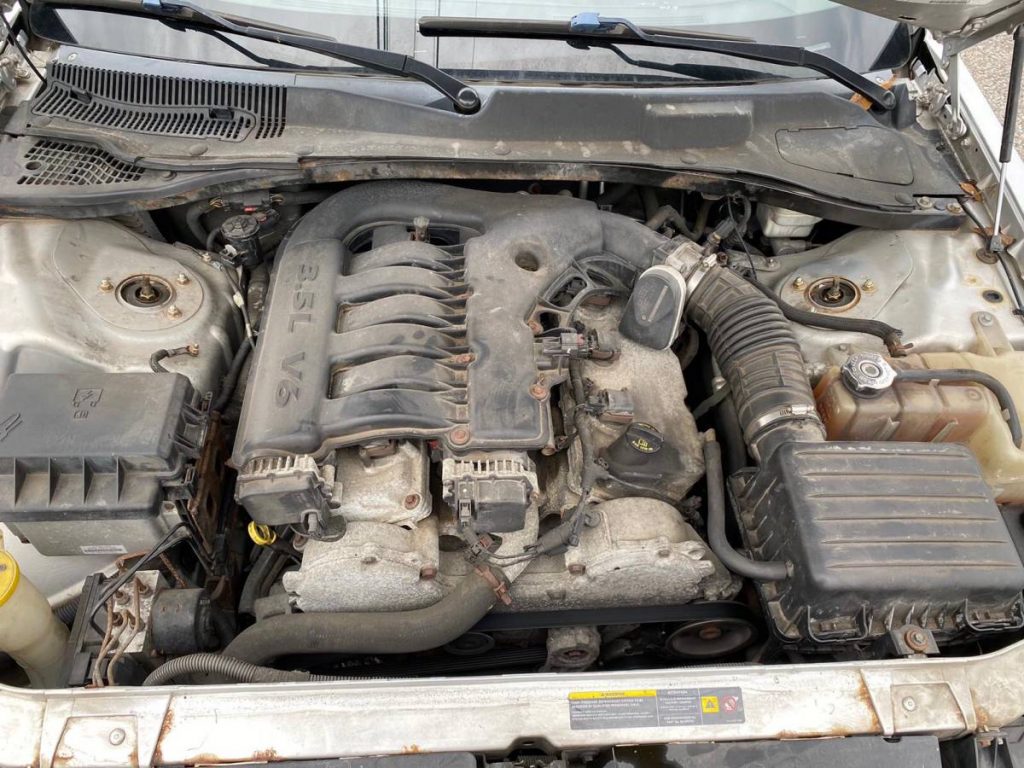 The interior and exterior of this car look nice and clean. I’d like to be able to show a better overall photo of it, but the seller only seems to be able to take extreme close-ups (whoa!). But you all know what a Chrysler 300 looks like anyway, right? 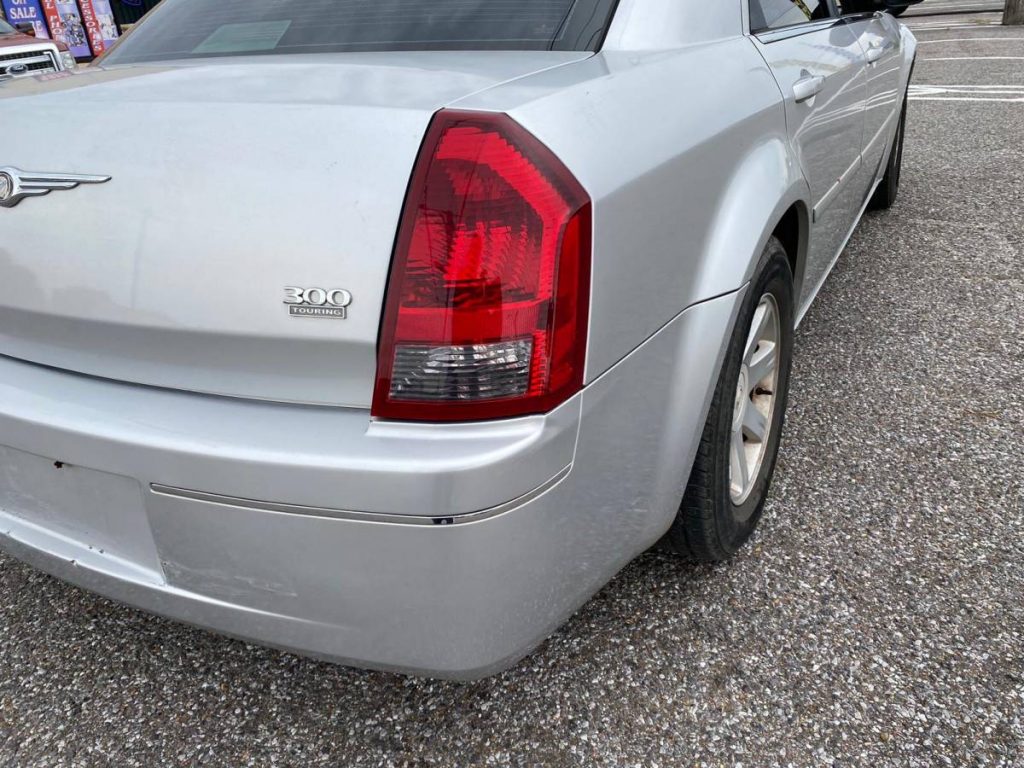 It’s a far cry from an old K-car, that’s for sure. It ain’t perfect, but it has held up well.

So there you have it: two modern-ish rides from Elvis’s old stomping grounds. One cool but banged-up reconfigurable truck, and one clean example of what has turned out to be the last big rear-wheel-drive American sedan. What’ll it be?