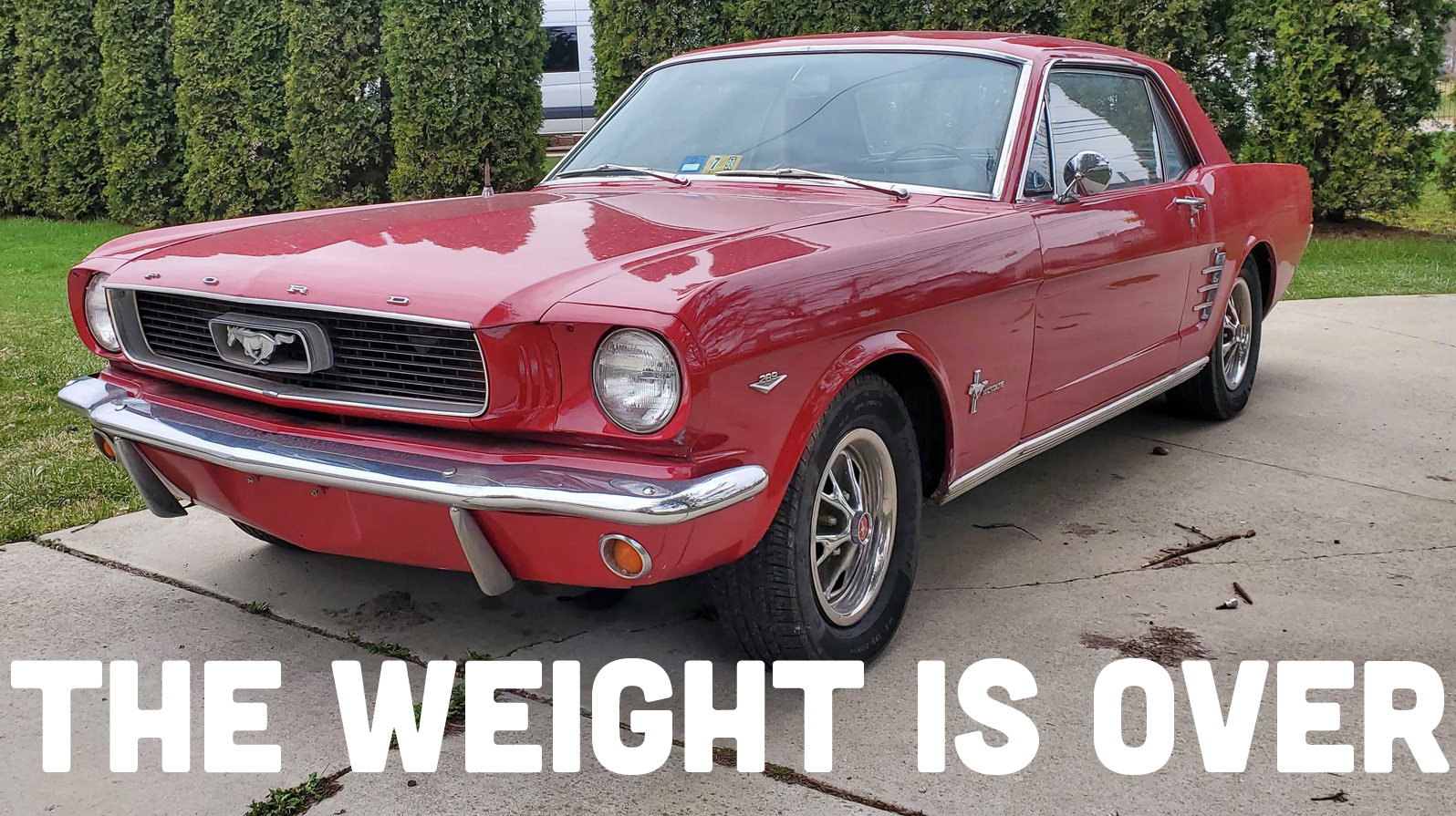 Last week, I asked readers to guess how much a 1966 Ford Mustang weighs as part of the “Curb Weight Competition” series that I just made up on the spot but will likely now continue doing. “The winner will receive something from my closet of press-swag” I declared, saying contestants would have to get the exact number in order to receive the gifts that I had gotten for free from bribing automakers. Well it looks like five people got it right; behold your winners.

Turns out, my scale rounds to the nearest 10 pounds, so anyone who guessed between 2,835 and 2,844 won. That is to say, the industrial scale I used to weigh my 1966 Ford Mustang coupe — equipped with a three-speed C4 automatic bolted to a 289 V8, power steering, a dual-reservoir manual brake system, no air conditioning, a single spare tire, steel faux-GT wheels, and not a whole lot else — weighed in at:

Many of our readers are quite good at guessing weights, because these five nailed it:

Five of you got it right! Wait, am I seeing a sixth? Oh yes, here’s another: 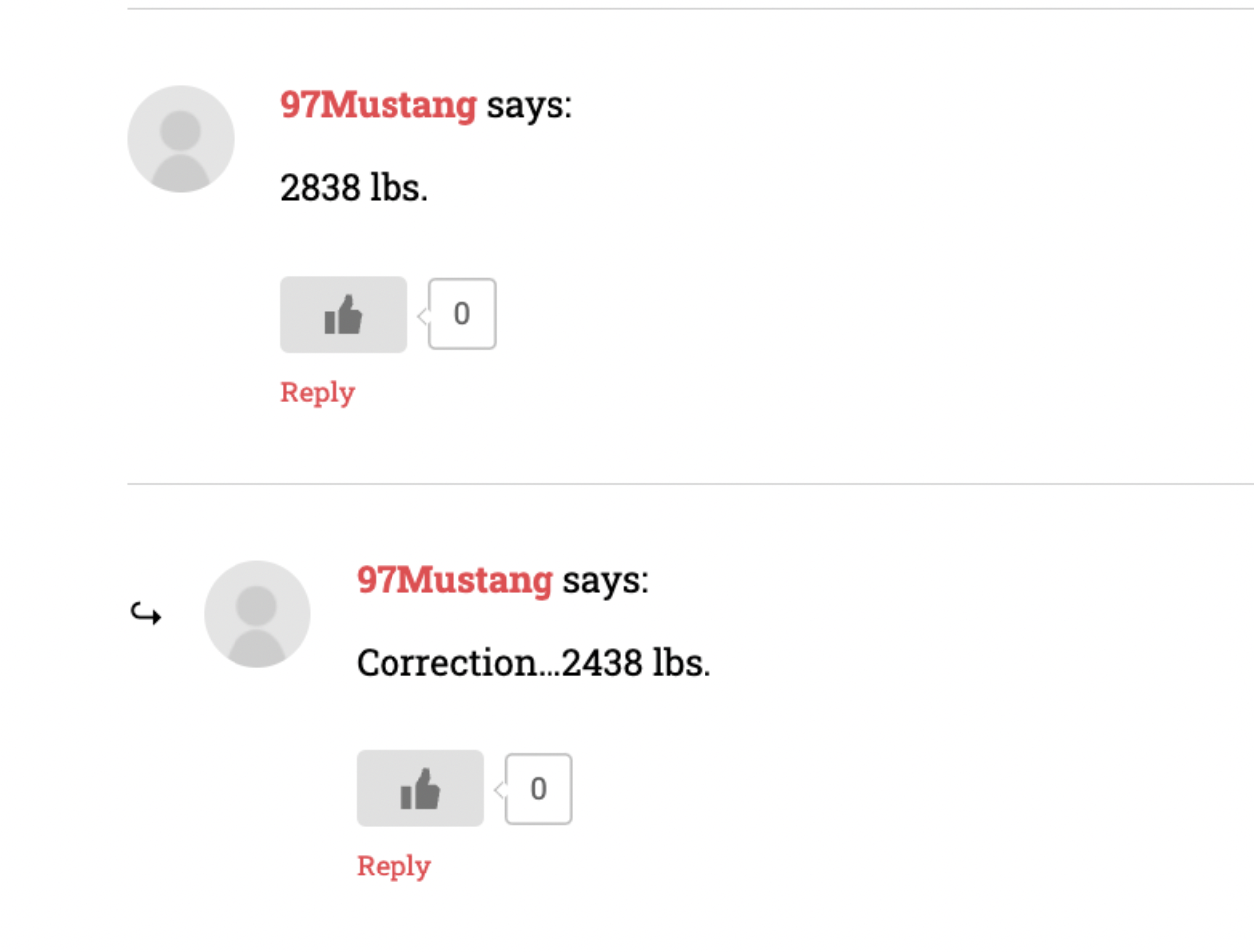 You had it 97Mustang! It was in your grips! Better luck next time!

Anyway, that leaves these five as our winners: 69442, sdstone, niceladybadjeep, coherent-rambling, and TriangleRAD. Congratulations! Email tips@autopian.com to secure your prize, which I bet will be underwhelming. But who knows — I’m a jaded journalist; press swag could be cool to a non-writer. 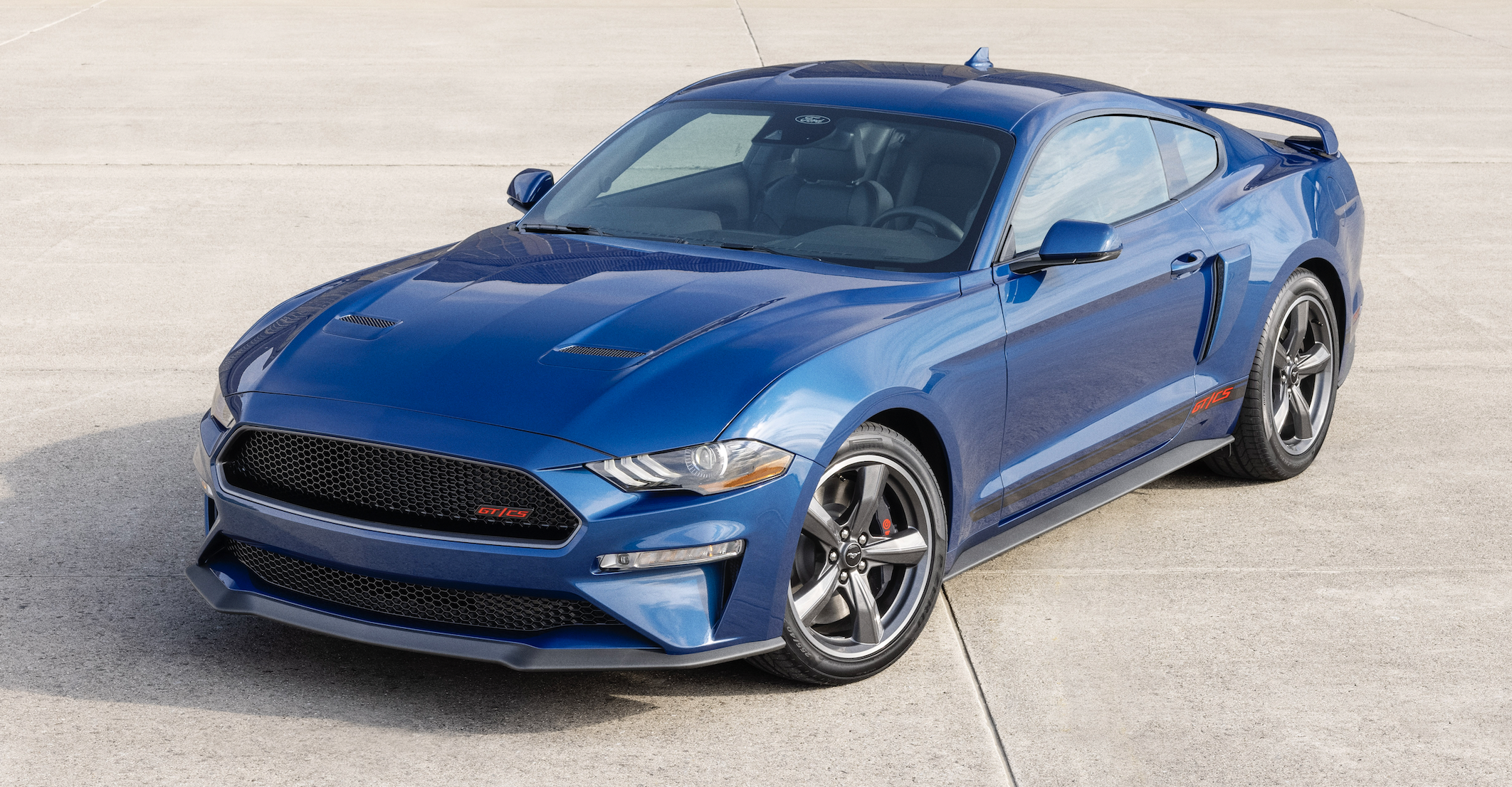 Of course, the modern Mustang is significantly larger and packed with a lot more high-strength steel and other safety tech.

One modern sports coupe that weighs almost exactly the same as an old V8 Mustang is the Toyota GR86: 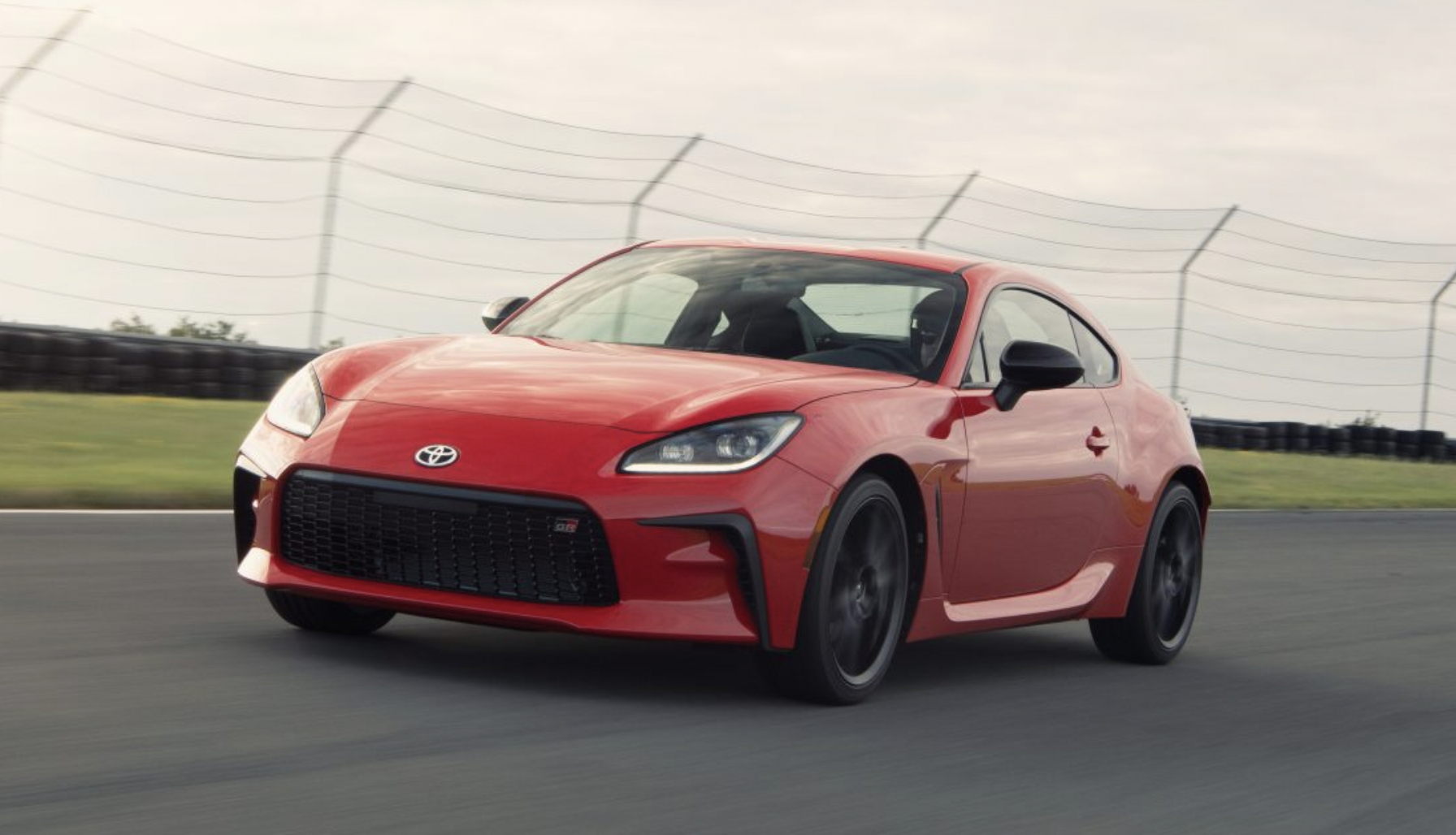 The Toyota weighs 2,851 lbs according to the automaker. It’s over a foot shorter, so the legroom for the rear passengers is much, much less than it is in the old steed, but otherwise the dimensions are about aligned (height and width are within a couple of inches). But again, the Toyota is much safer, plus it’s quicker and handles much better.

Other cars that weigh roughly the same as the old Mustang are the Toyota Corolla (2,910 lbs for the base model): 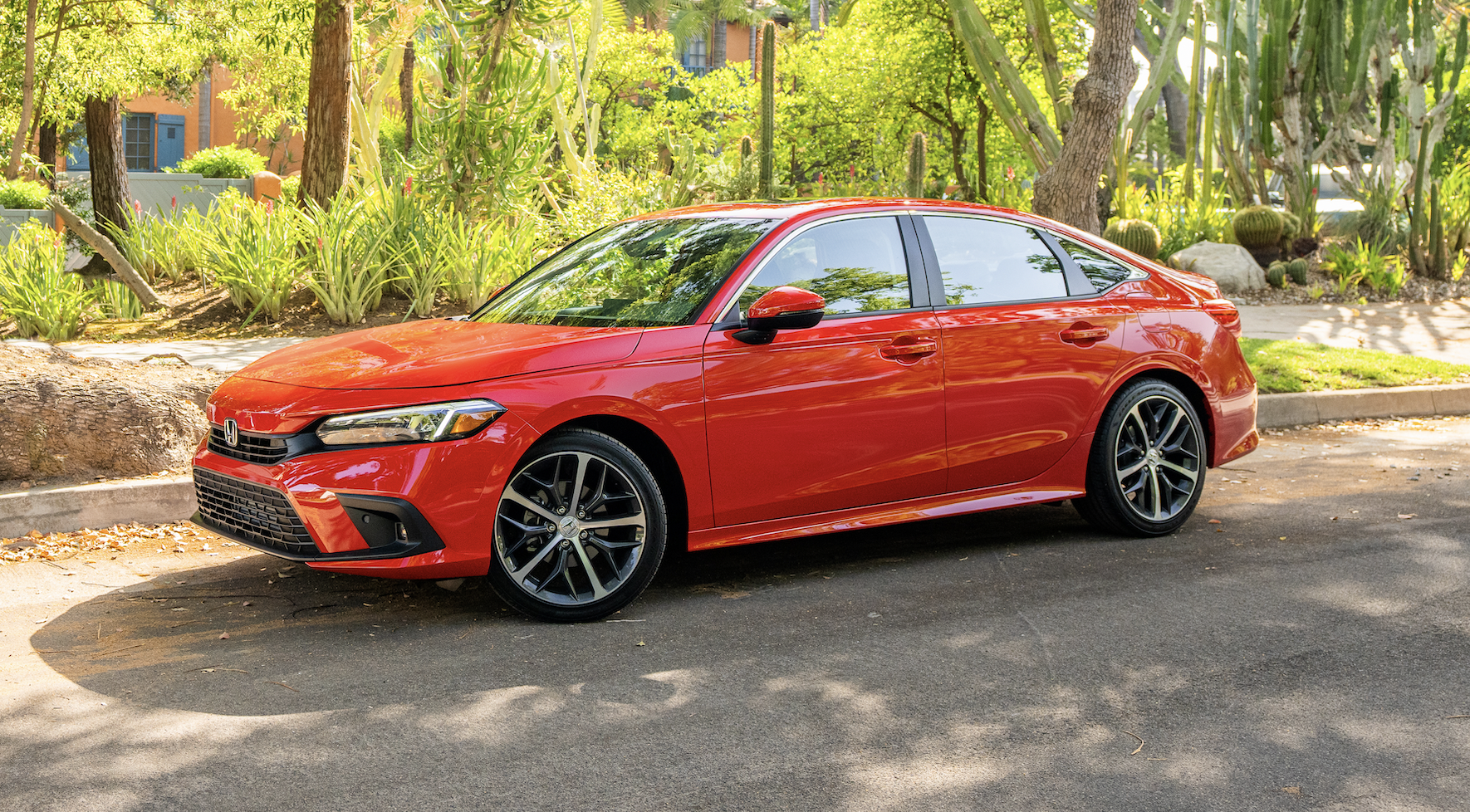 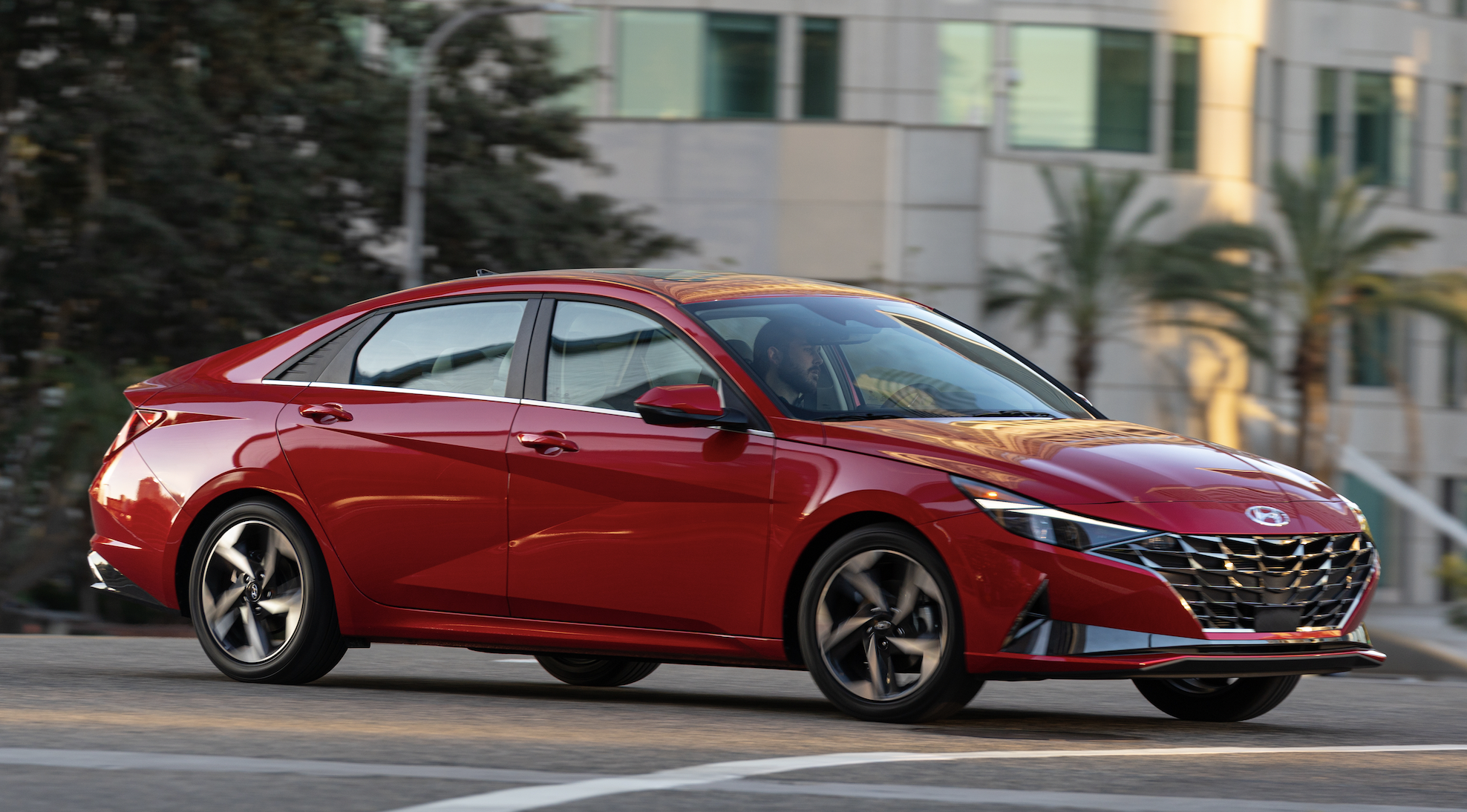 These three small sedans are actually a bit larger than the Mustang dimensionally, and they’re much better suited to handle crashes, plus they’re fitted with all sorts of tech that the old Mustang doesn’t have. (Seriously, the Mustang has a radio, power steering, and that’s about it).

All this is to say that, while the modern Mustang has gotten chunkier, that’s in part because it’s become dimensionally larger, and it’s become much more powerful. My initial thought when I drove the 1966 towards the scales was “Oh boy this thing is going to be light. Old cars are so light compared to modern cars.” Even after I got the weight measurement and compared it to the modern Mustang’s curb weight, these sentiments remained. But I don’t think that’s the right takeaway, here. Looking at other cars of similar dimensions (like the small cars above), and thinking about all the crap they have jammed into them (much of it federally mandated), I’m actually now seeing the old Mustang as a bit of a porker.