Remember last week when I was going nuts about some drawing of an almost-Ford Maverick I saw in a 1968 issue of Popular Science? Of course you do, it was probably life-changing for you. Well, something else in that issue caught my attention, and, as a result of a pledge I made to the Freemasons decades ago, I must share it with you. This particular something is part of the PopSci recurring “I’d like to see them make…” feature, and features taillights. So you know it’s a Big Deal. Let’s dig in.

In case you’re somehow unfamiliar with the irregular “I’d Like To See Them Make…” feature, it was basically a place in the magazine where readers would write in with some general idea for an invention, and then an illustrator would draw a quick little cartoon of it, and everyone would see these and ponder the implications of a world with flavored tongue depressors or rubber andirons or whatever.

Often, though, these ideas would be quite prescient; a surprising number of now common automotive (tire pressure monitors on dash, adjustable steering wheels, keyless entry, etc.) and technological (video conferencing, doorbell cameras, etc.) advancements were predicted on those pages: 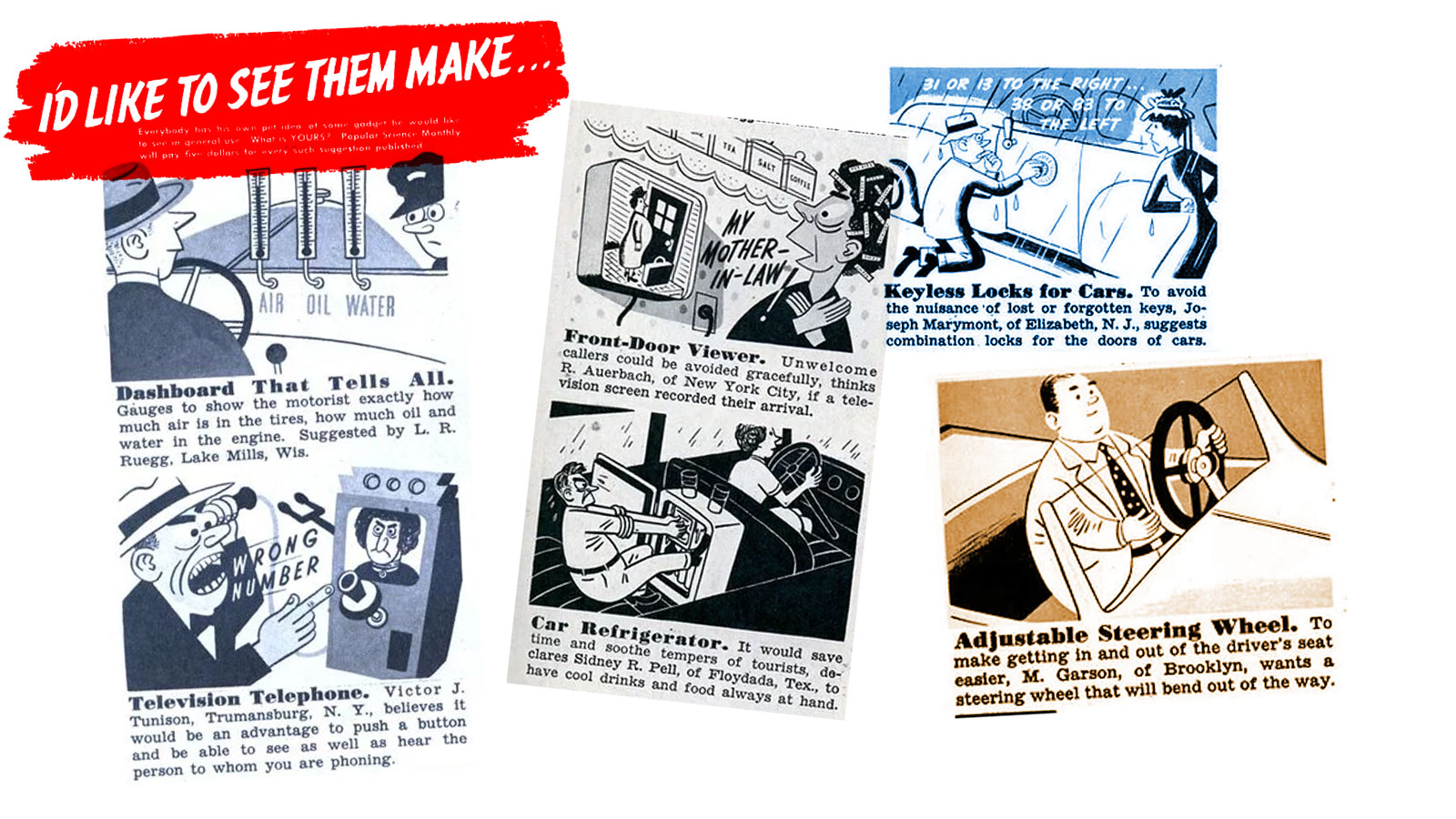 The suggestion I’m interested in now, though, wasn’t so fortunate to be made real, though I think there is a valid need that’s being addressed. It’s this one: 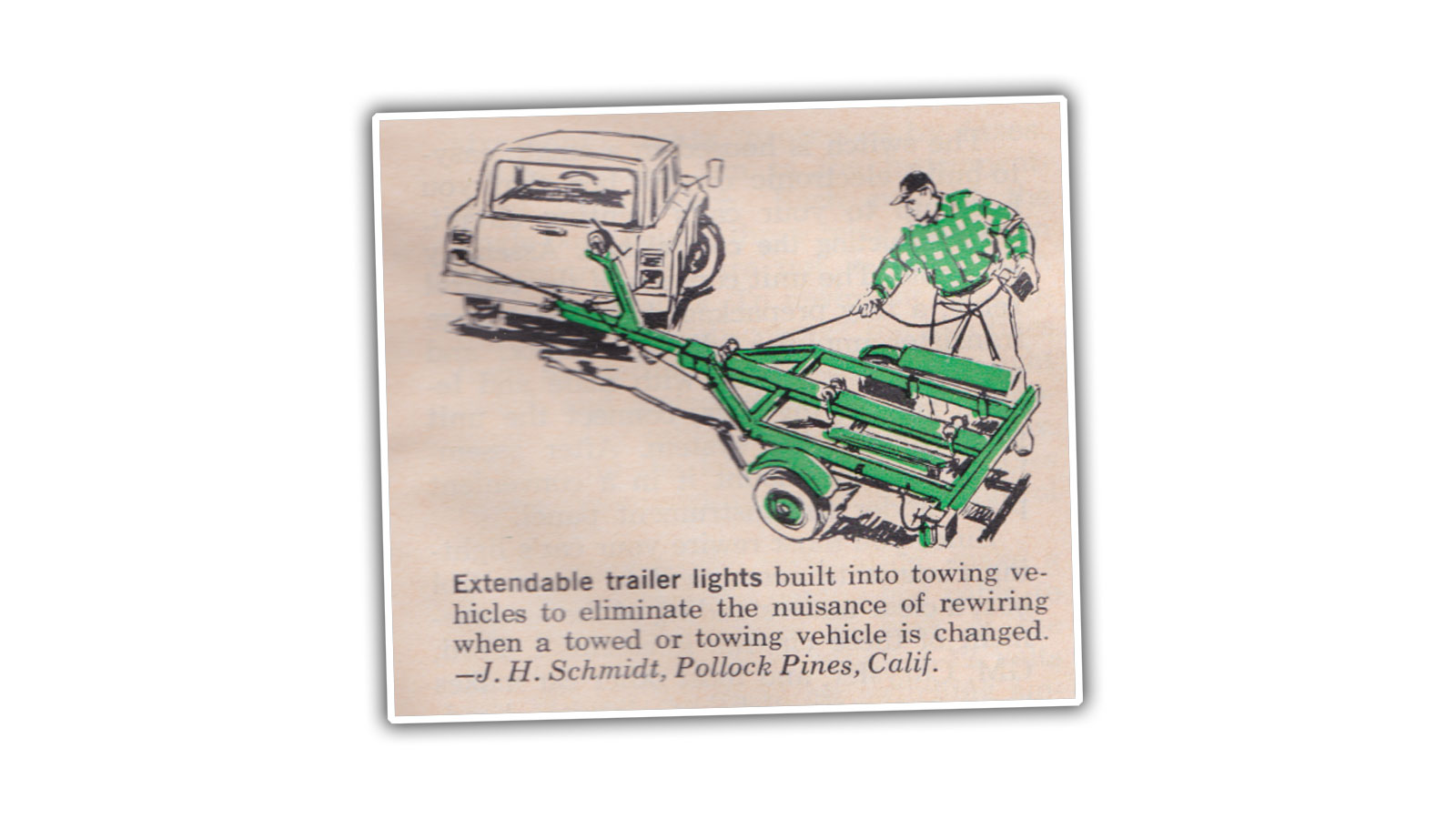 Extendible trailer lights! Yes, J.H. Schmidt was fucking done with having to wire up trailer lights for whatever car he may have been using to tow his unknown burden, and he longed for a better way.

So, out of J.H.’s fruitful imagination came a vision: a car with a duplicate set of taillights that could be removed from their housings in the car’s rear and, via long, extendible wires, be mounted on the rear of the trailer being towed.

Conceptually, it’s not a bad idea: Getting your car wired for trailer lights, and making sure the trailer is properly wired as well can be a pain, especially if you find yourself towing a number of different trailers. I guess?

Would that wire be stored on some kind of spring-loaded reel inside the car’s fenders? Would it just be sort of draped along the sides of the trailer? Would you have to secure it? Would it be likely to get frayed and break? The wires are the Achilles’ heel here, but I think this is one place where modern technology could really make this idea practical.

How? Via the magic of rechargeable batteries and Bluetooth! 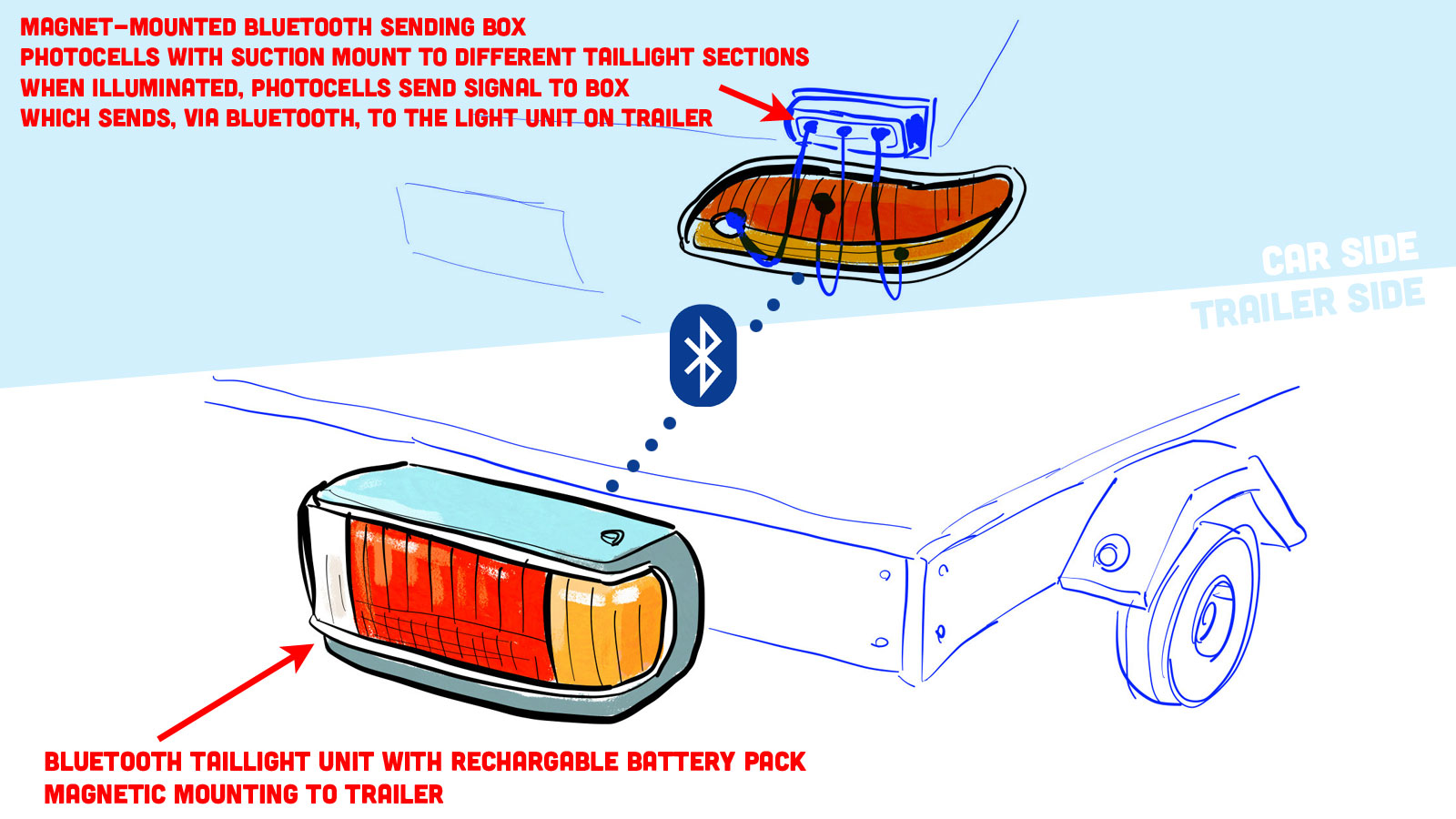 [Editor’s Note: Jason, why are we even doing this exercise? Modern trailers tend to have lights built in, and they hook up to a standard connector that you can easily install into most cars (And you only have to do it once). I’m not sure this is a problem that needs to be solved anymore. -DT]

Here’s what I’m thinking: we have two units, a sender and receiver. The receiver is a Bluetooth-equipped LED taillight unit with an integrated USB-rechargeable battery. It mounts via strong magnets to the rear of the trailer or whatever you’re hauling.

At the sender end, a small box mounts by each taillight with magnets, and has three wires dangling from it, each terminating in a photocell with a suction mount. One photocell suctions to the main taillight/brake light area, one to the turn indicator, and one to the reverse lamp.

When those sections illuminate, the photocells transmit a Bluetooth signal to the receiving light, which illuminates accordingly.

[Editor’s Note: Wait, hold on. You’re just sensing the light from the main taillight and then transmitting a signal based on that? You’re not just tapping into the harness? Why are we even considering this? What? Why? Don’t you have other things to write? -DT].

[Writer’s Note: I have no answer here. This same question was going through my head as I did it, too. Why did I write this? I feel like I did it in a fugue state and now I look back on it, baffled. But fuck it, I’m gonna publish it, because I believe in full disclosure. Also, I have a review of the first high volume EV from one of the world’s biggest carmakers I should be writing, but I did this. Jeezis. – JT]

Easy! No wiring, no programming, no anything! Just some magnets and suction cups and you’re off!

None of this would have been possible when J.H. proposed the concept back in 1968, but today? All this could be sold for about $19.99 on Amazon.

Maybe Mr or Ms.Schmidt is still out there, bitter that trailer lighting is such a shitshow still. If so, I implore them to not give up hope: Better, easier trailer lighting is possible, if we can only find those with the proper will to make it happen.

Well, if we’re honest, there are people who are pretty damn close to making it happen, because there are wireless trailer lights in the world already! Look! 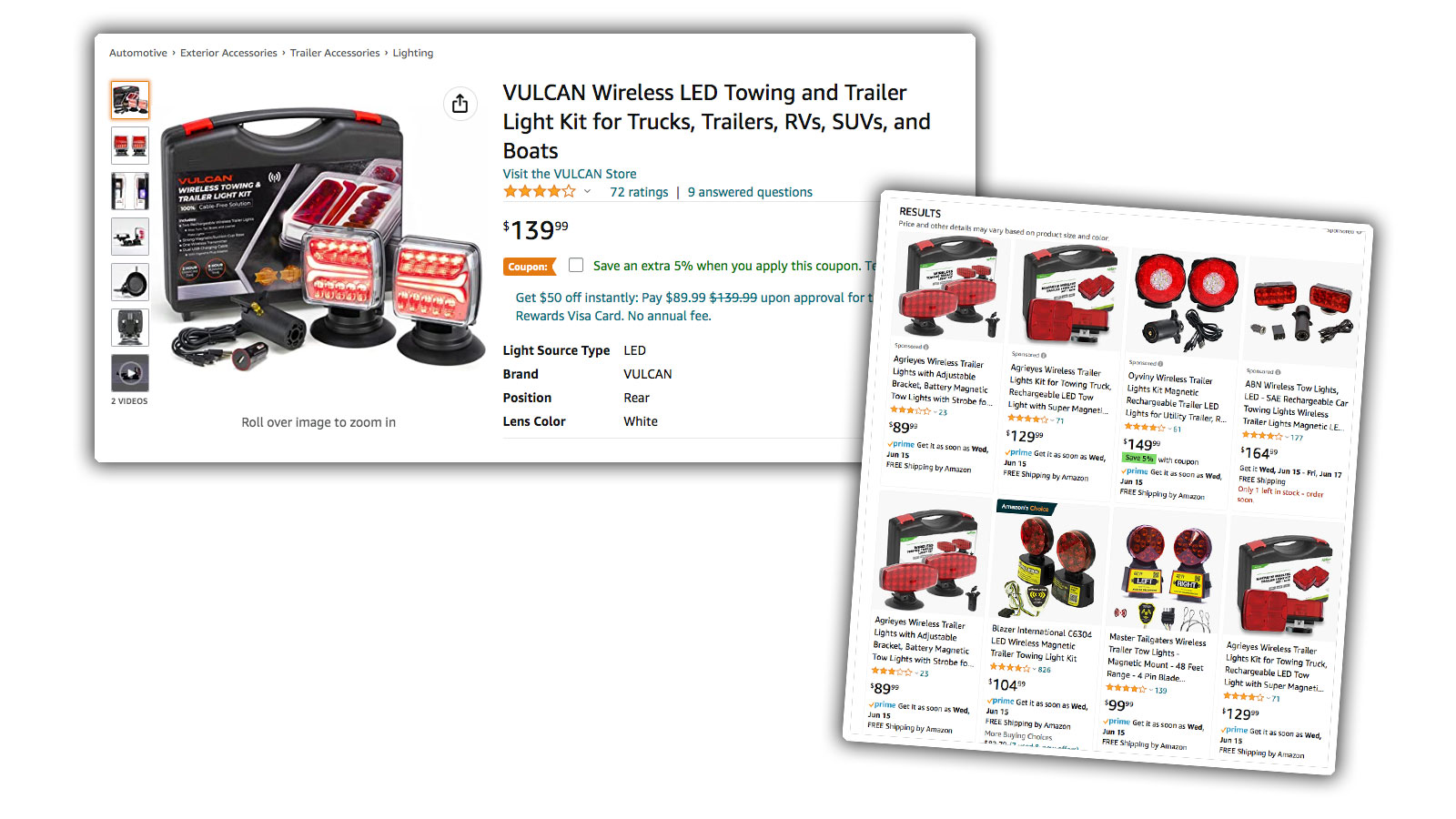 Of course, the one difference with these is that they do require the tow vehicle has some provision for trailer lighting to plug the transmitter into, and the suction-cup-photocell approach wouldn’t need even that. Of course, if you have a vehicle with a tow hitch, it’s incredibly unlikely that you wouldn’t have a trailer lighting connector, so, it’s possible my idea is, you know, useless.

But, then again, so is trying to figure out how to make someone’s frustrated idea from 54 years ago real, so I guess it all checks out.

I'm a co-founder of the Autopian, the site you're on RIGHT NOW! I'm here to talk to you about taillights until you cry and beg me to stop, which I absolutely will not. Sorry. Hug? Also, David's friend.
Read All My Posts »
PrevPreviousMy ‘Jeep Cherokee From Hell’ Drove To Chicago Flawlessly And Reminded Me That Love Is All About Timing
NextCold Start: Ad Copywriters Pick Some Weird Shit To Talk About SometimesNext