If you’re like me, you’re currently banned from your local grocery stores, drug stores, Walmarts, Targets, and a smattering of convenience stores because the management has had enough of your screaming and shrieking and flinging racks of small toy cars to the ground because there are no 1985 Proton Saga Hot Wheels to be found. The struggle is real, people. No matter how many cardboard display stands of Hot Wheels you send skittering down the pet food aisle — voice raw and ragged from the nonstop caterwauling, limbs shaking in barely-contained rage, pants absolutely soaked in piping hot wrath-urine — these acts will simply will not cause Proton Saga Hot Wheels to exist, I’m sorry. But I’m not here to let you just suffer! I bring good news! Mattel has announced that it will be releasing a Proton Saga Hot Wheels after all! Hot damn! 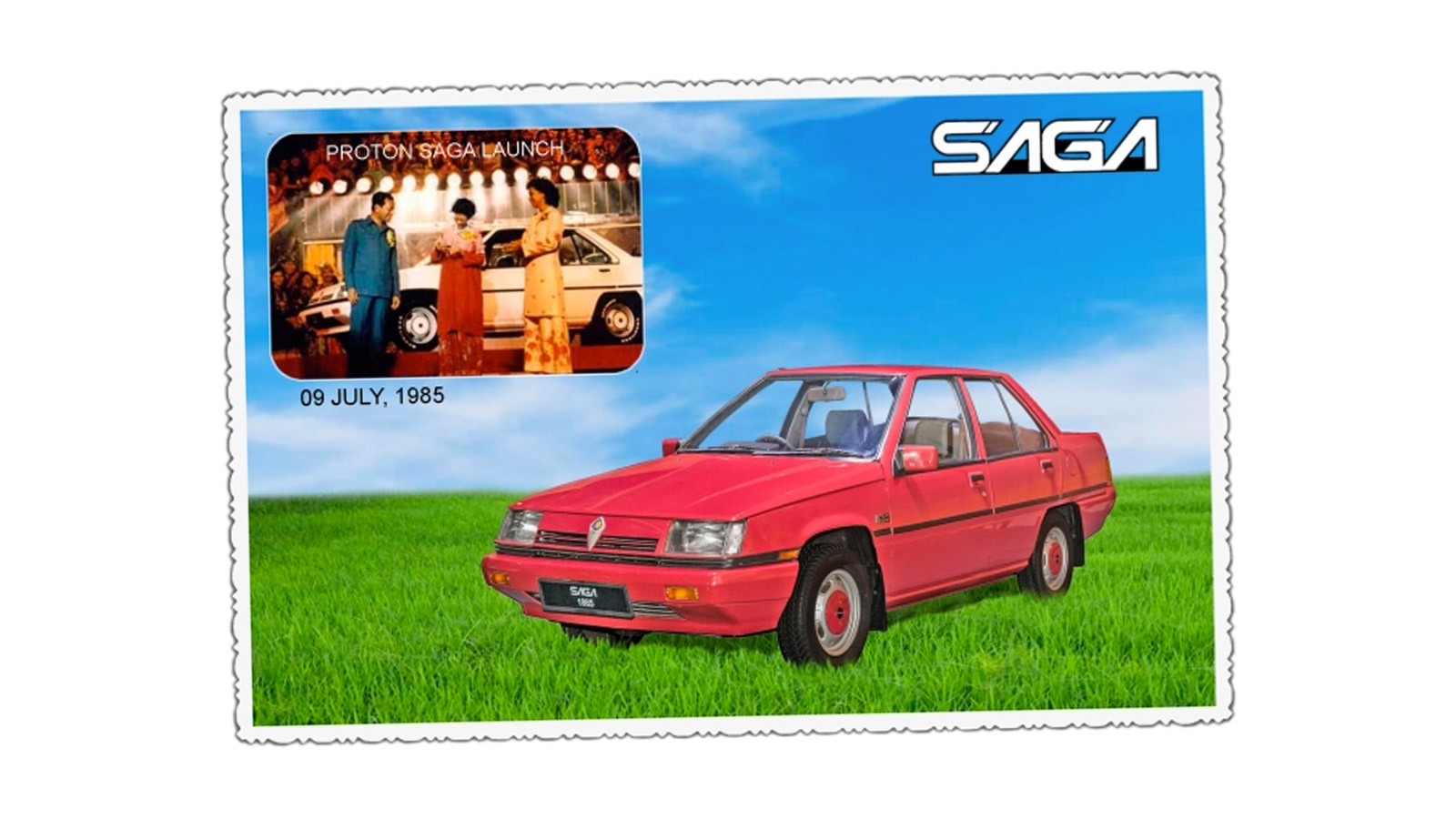 As you know, the Proton Saga, introduced in 1985, was Malaysia’s first mass-produced car to be built and sold by a Malaysian company. Based on the second-gen Mitsubishi Lancer Fiore, the Saga – the name was both an acronym for “Safety, Achievement, Greatness, and Ability” and also referenced the Malay word for the tough seed of the Saga tree that looks like a ladybug, at least to me – was a huge success, and was largely responsible for launching the modern Malaysian automotive industry. 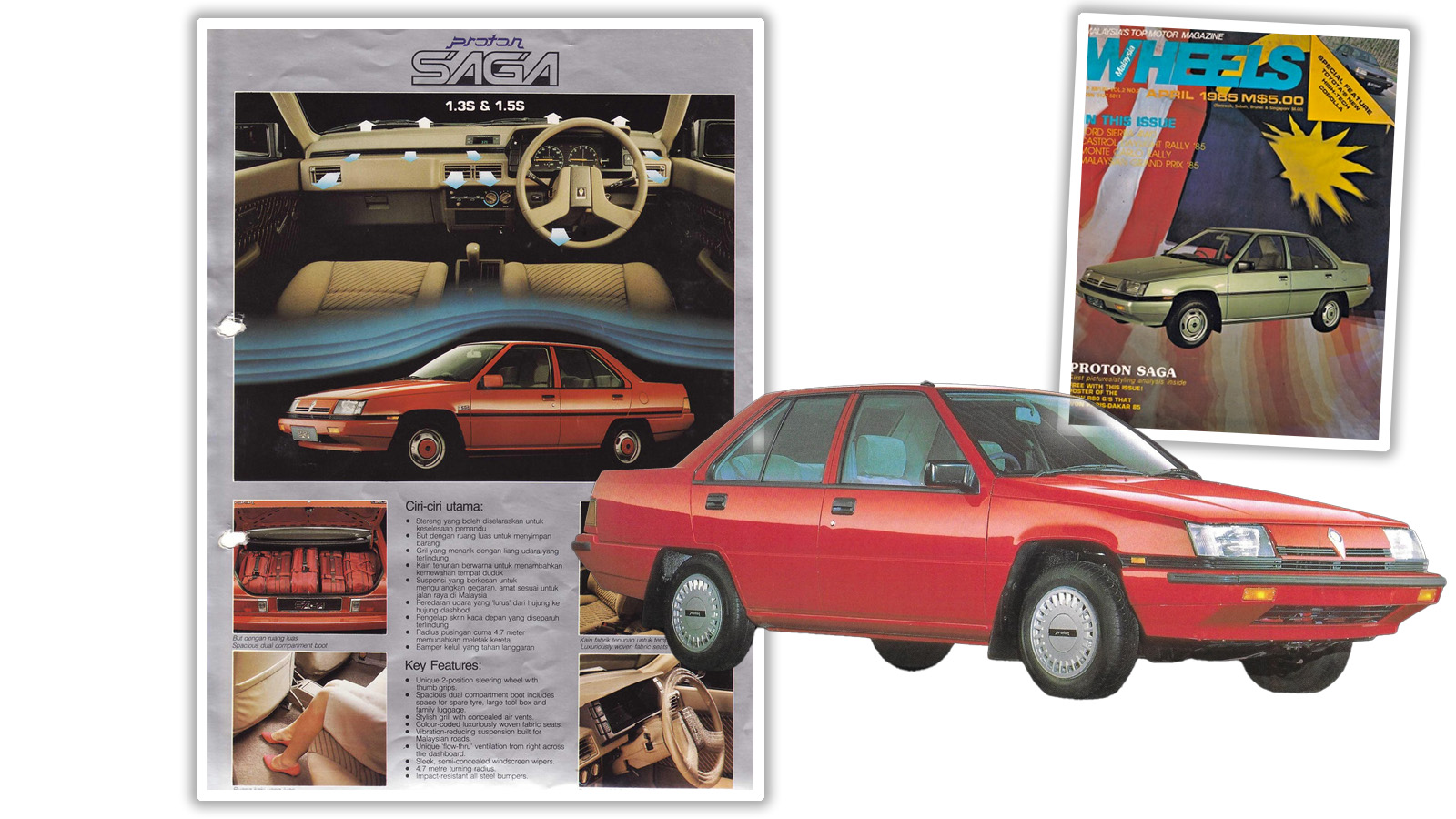 These first generation of Sagas came with 1.3 or 1.5-liter Mitsubishi Orion four-bangers, and in 1990 they launched an advanced-for-the-era three-valves-per-cylinder option called the Megavalve.

And soon, finally, you can carry one in your pocket with the blessing of Hot Wheels.

The reason Mattel, the parent company of the Hot Wheels brand, is making a version of the Saga is because it’s the company’s 40th anniversary of making Hot Wheels at the Perai, Penang plant called Mattel Malaysia Sdn Bhd (MMSB). The plant makes nine million Hot Wheels every week, and is the world’s sole producer of Hot Wheels single packs. You almost definitely have some of this plant’s products in your house right now, probably within arms’ reach, if I know our audience.

Let’s check out a video of this massive car factory:

Mattel is increasing production by 20% this coming year, and if you ask me the least they can do is make some of those cars their Malaysian factory is cranking out be the Car of Malaysia, the Proton Saga.

(Photos of event from Piston Automotive News & Reviews Facebook Page, and thanks to Carlos Ferreira for the tip! Here’s hoping they let you back in Target!]

I'm a co-founder of the Autopian, the site you're on RIGHT NOW! I'm here to talk to you about taillights until you cry and beg me to stop, which I absolutely will not. Sorry. Hug? Also, David's friend.
Read All My Posts »
PrevPreviousThis One-Off 1993 Chrysler 300 Concept Car Built By ASC Was Probably Mind-Blowing When It Came Out; Now It’s For Sale And It’s Not That Expensive
NextMake $80 An Hour From Home With This One Quick Trick: COTDNext