I Accidentally Turned My Car Interior Into A Toxic Mold Disaster. Here’s How It’s Going Months After I Cleaned It

Earlier this year, I made a discovery that made my heart sink like a rock chucked into a pond. The interior of one of my beloved Smarts was filled to the brim with toxic mold. My wife and I decided to tackle it ourselves, deploying harsh chemicals, a nifty cleaning machine, and some summer sun. As I’m about to put the car away for the winter, let’s check back in and see how things are going.

Back in June, I cracked open my mini warehouse with the goal of rearranging my cars. When I got the unit, I sort of just shoved cars in there without thinking about optimizing my use of the 39-foot space. As my fleet is constantly changing, I always have a need for just a little more room. So, I started getting obsessive over how to use the space to its maximum. I calculated things down to the inch, and figured out that if I arranged my cars in a specific way (and only in that way), I should be able to fit seven cars and three motorcycles in there. Fulfilling this plan required me to not just remove every car from the unit, but also replace one of the cars with a shorter one I was storing somewhere else. At first, I saw all of this as a necessary chore, but it turned out to have an unintended benefit. 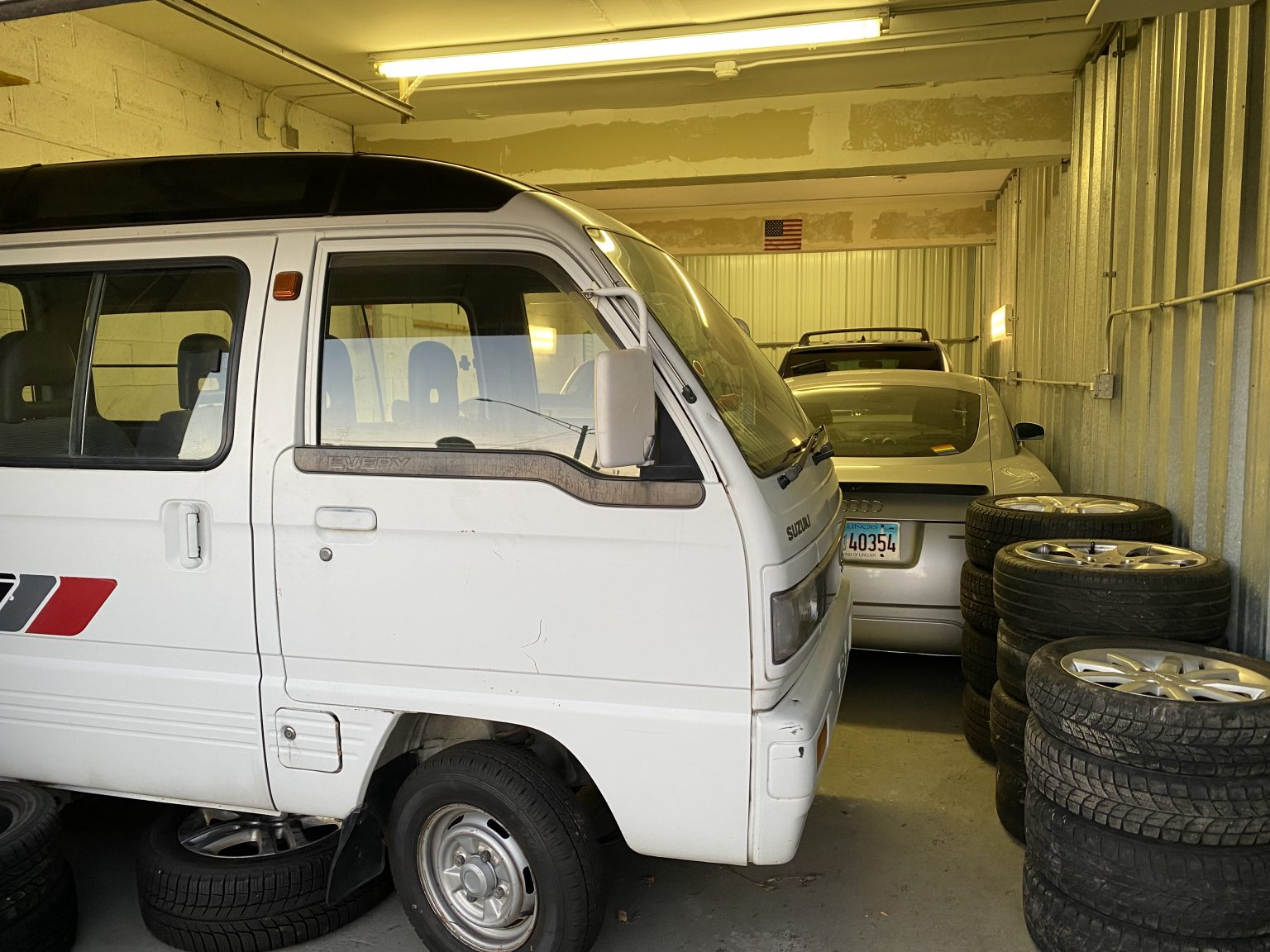 As I reached the back of the unit, I had just one car to retrieve: a 2005 Smart Fortwo Passion Coupe that I got for free back in 2017. This is one of the cars that really kicked off my collecting, and I love it dearly. Since getting under my care, I brought back its hidden paint shine, cleaned up an interior that I thought was forever trashed, and even got its chaotic electrical system back on track. You know that feeling when you save a lovely rescue animal from getting put down? That’s how I felt about this car.

So, I bet you could imagine my horror when I opened the door and saw this: 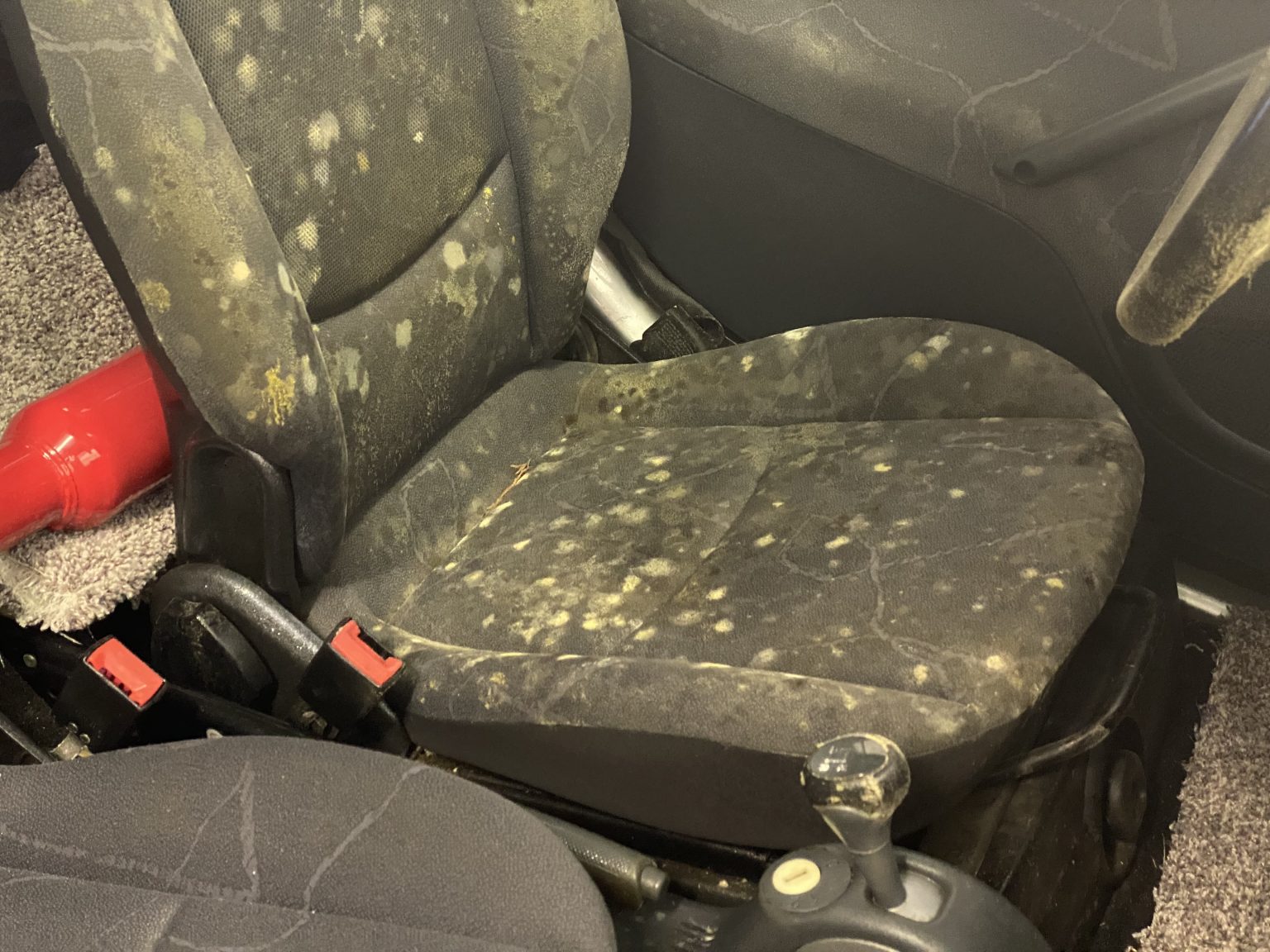 I don’t remember these seats having polka dots on them!

It hit me that I screwed up big time. Last summer, I put a car cover on the Smart while it was parked outside. It was too big, so I closed some of it in the car to make it fit better. Apparently, this was a bad idea, as water ran down the cover and pooled up inside of the car. When I opened the doors, tens of gallons of water let out all over the interior. I foolishly put the car away for the winter with a still-wet interior without thinking about it.

When I saw the car next, the sight of that interior sent me running full-speed out of my storage unit and into a full panic. I told my fiancée (now wife), Sheryl, about it. She took a look and I remember her belting out a “holy fuck!” I had no idea what to do, firing up the Google machine and firing off panicked searches. 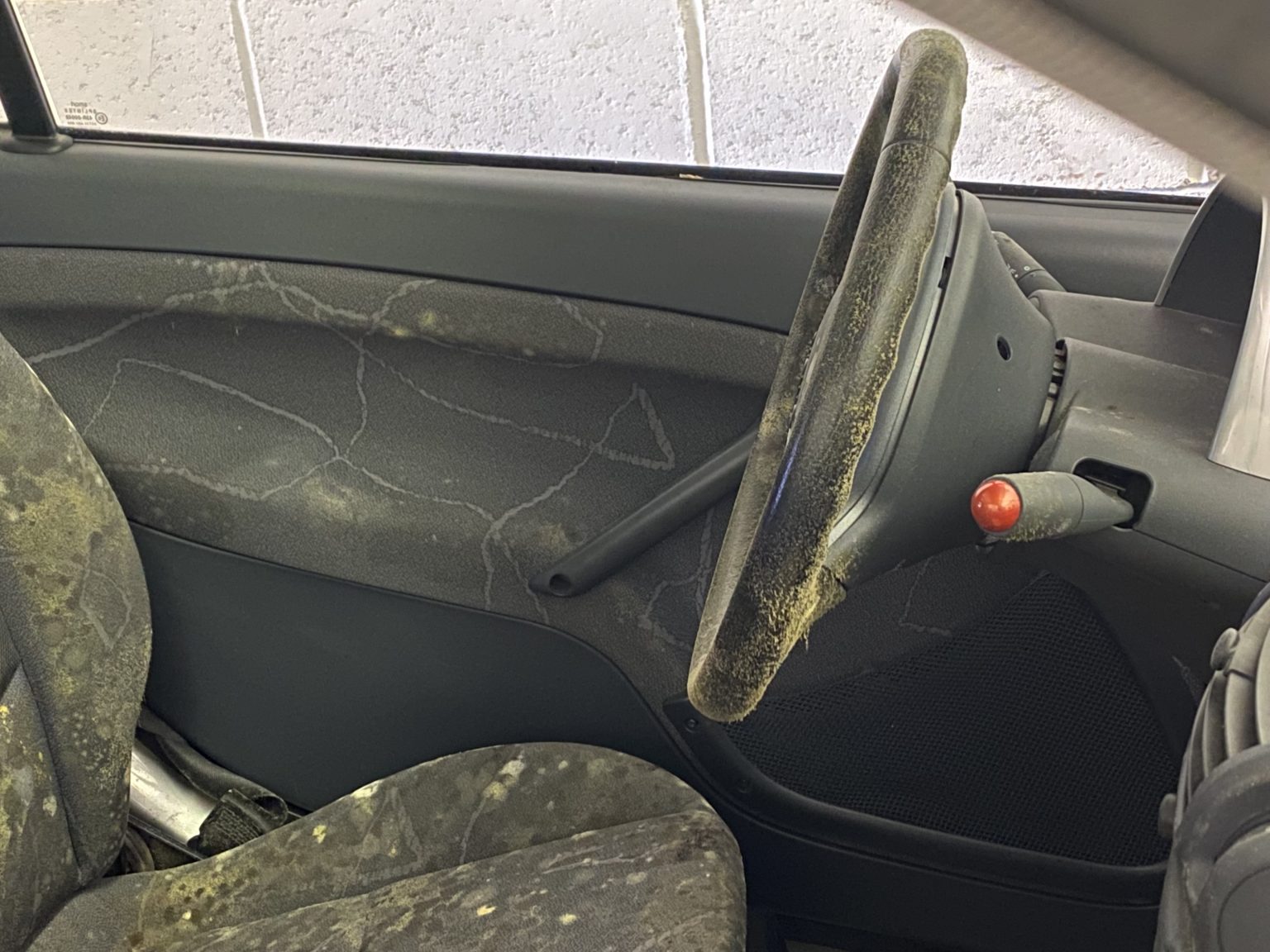 Advice on the internet about dealing with mold gets broad. Some sites recommend removing mold with white vinegar or even tea tree oil. However, mold is known to stake its roots in materials. It can also lay inactive waiting for just the right time to come back. Just make the conditions right and it can grow. If your cleaning attack is too weak, you’re just kicking the can down the road to have to do it again later.

Some other recommendations that I found said to strip the car’s interior down to the metal before a deep clean. And somehow it gets worse, as some recommend simply throwing away some pieces and rebuilding your interior with new, not moldy parts. 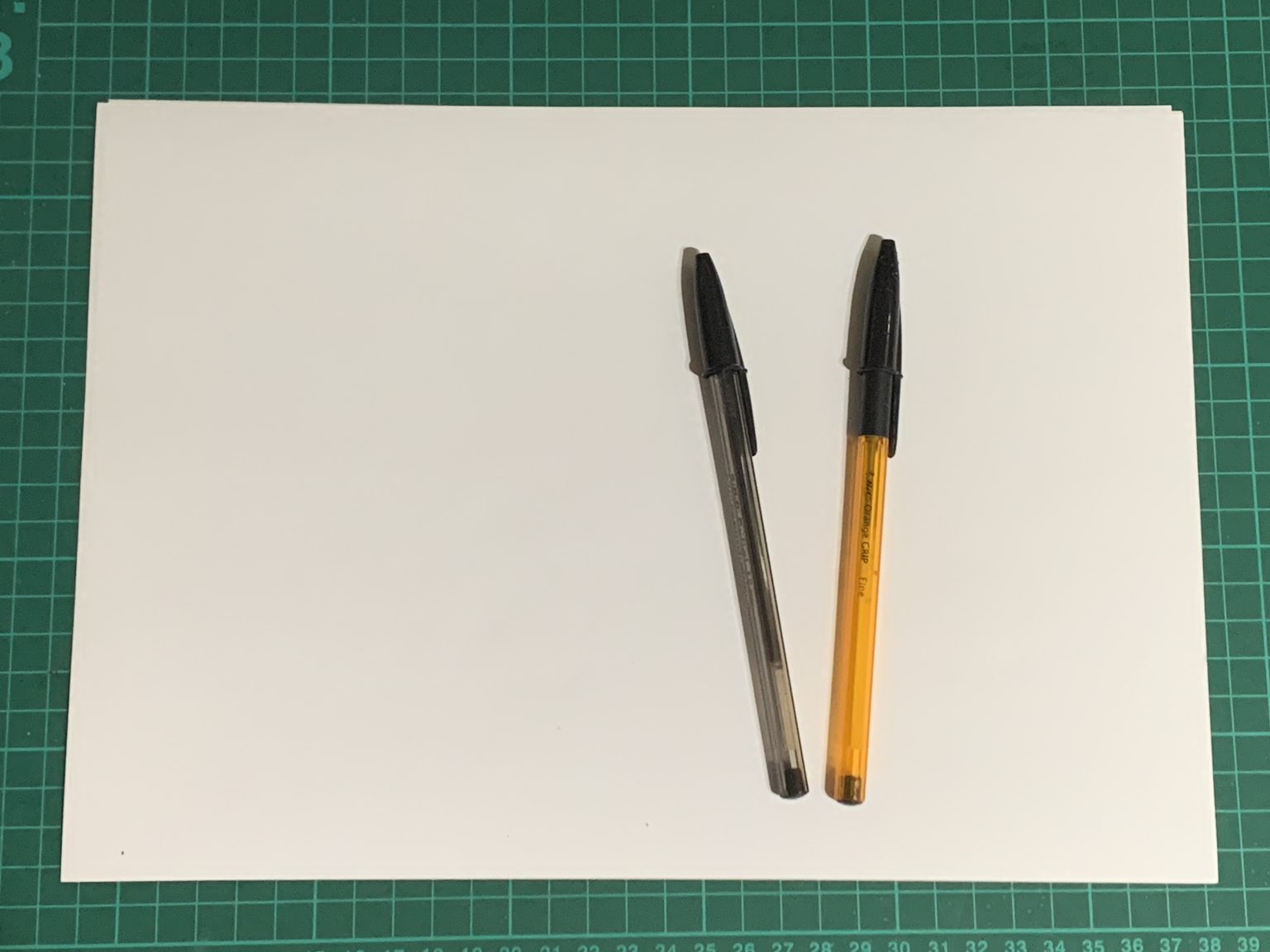 Years ago, a representative at Smart USA told me that Mercedes-Benz dealerships are advised not to touch or sell parts for the gray market Smarts. I called up my local Mercedes dealers and sure enough, that turned out to be the case. So I import all of my parts from Canada and Europe. These early Smarts utilized a ton of cloth, and the thought of the cost of importing more or less an entire interior threw me for a loop.

Thankfully, Sheryl had dealt with mold so many times in her life that she already had a game plan. Growing up on a farm on the east coast, mold was a regular part of life. And as an attorney today, she’s dealt with countless cases involving mold and the remediation of it. Sheryl felt that our best path forward was to hit the mold with hard harsh chemicals and heat.

To facilitate that, she picked up a Bissell Little Green Pro cleaning machine and a few gallons of RMR-86 Pro mold remover. The cleaning machine injects your chemical mix of choice into your target source material. It’s also combined with a vacuum that is supposed to pull whatever you’re cleaning out of the surface. We combined it with boiling water and the mold remover. 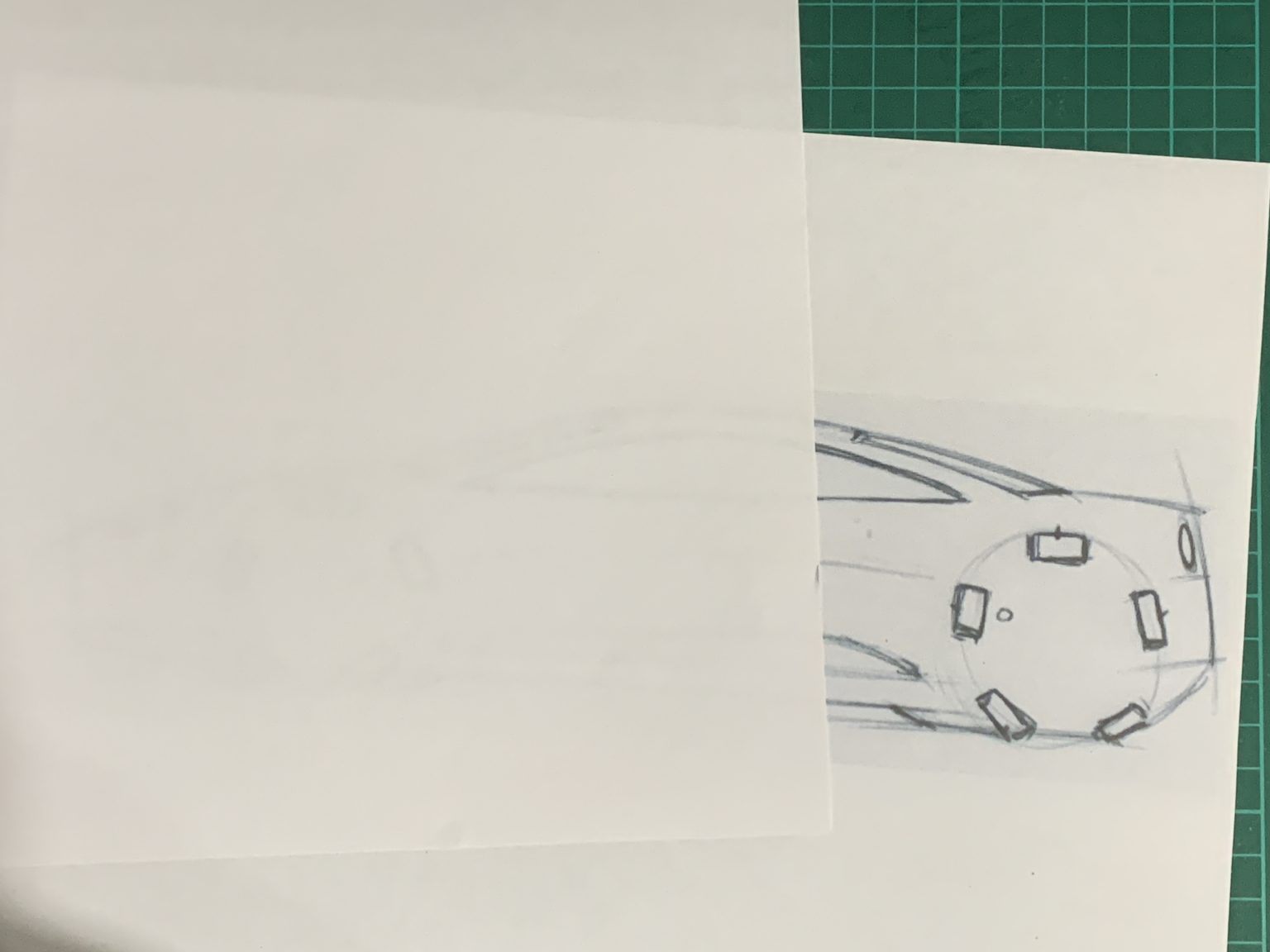 This stuff uses a proprietary mix of bleach and other chemicals to remove mold from a variety of surfaces. Sheryl’s used this killer combination in the past to great success. However, she issued me a warning: The chemicals are harsh enough that she was confident that it should kill the mold, but it might come at the expense of my seats’ color.

Well, discoloration is better than mold, so I told her to hit the interior with all that she could throw at it. 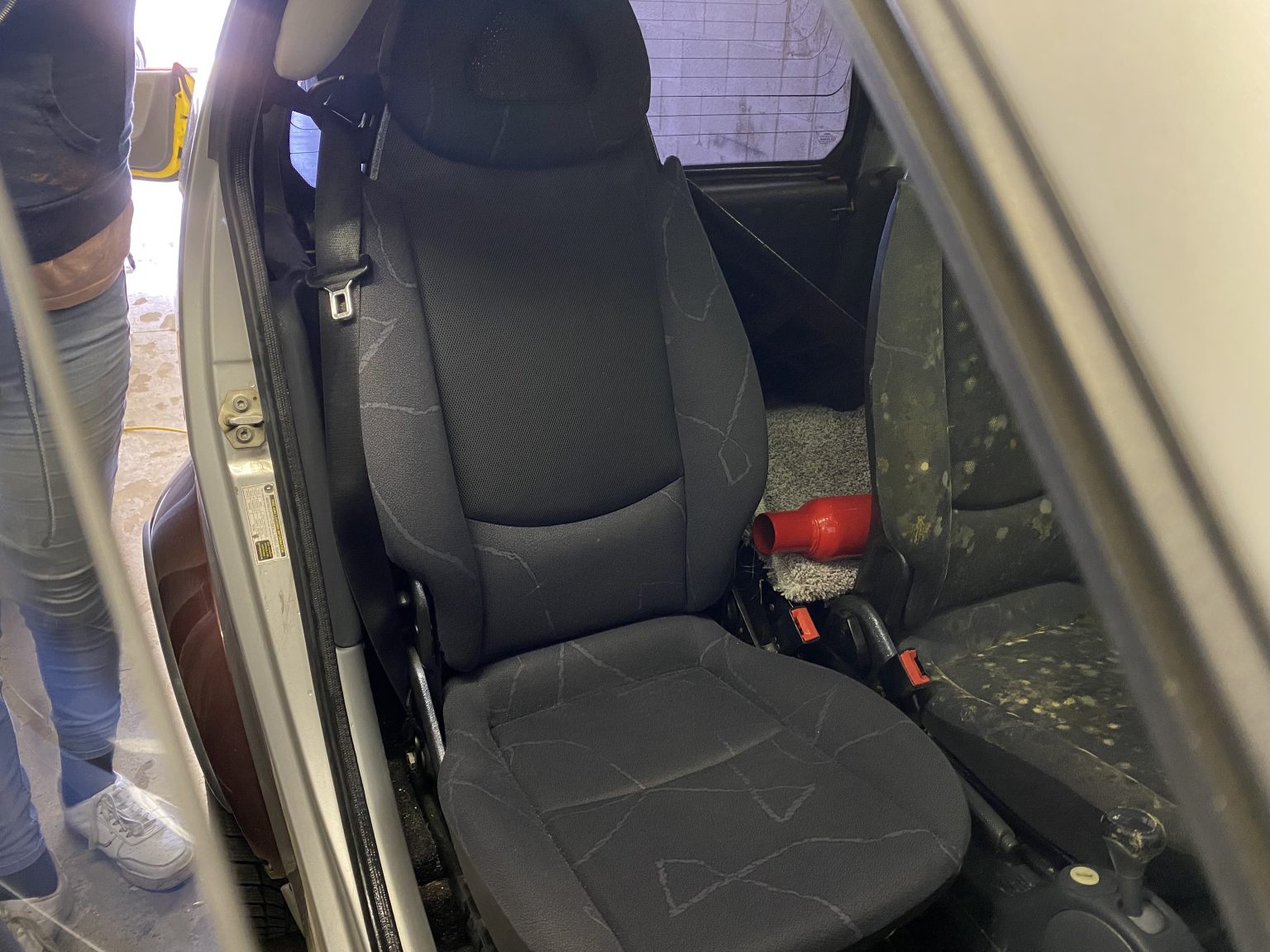 The car looked rather fantastic after just the first cleaning session. Sheryl not only killed the visible mold, but managed to pull out the oil stains that I haven’t been able to clean out since I got the car. Funny enough, in removing mold, she made the car’s interior cleaner than it has ever been in my possession.

That first cleaning did result in the interior losing just a little of its color, but the loss was in such a uniform way that it looks exactly the same. 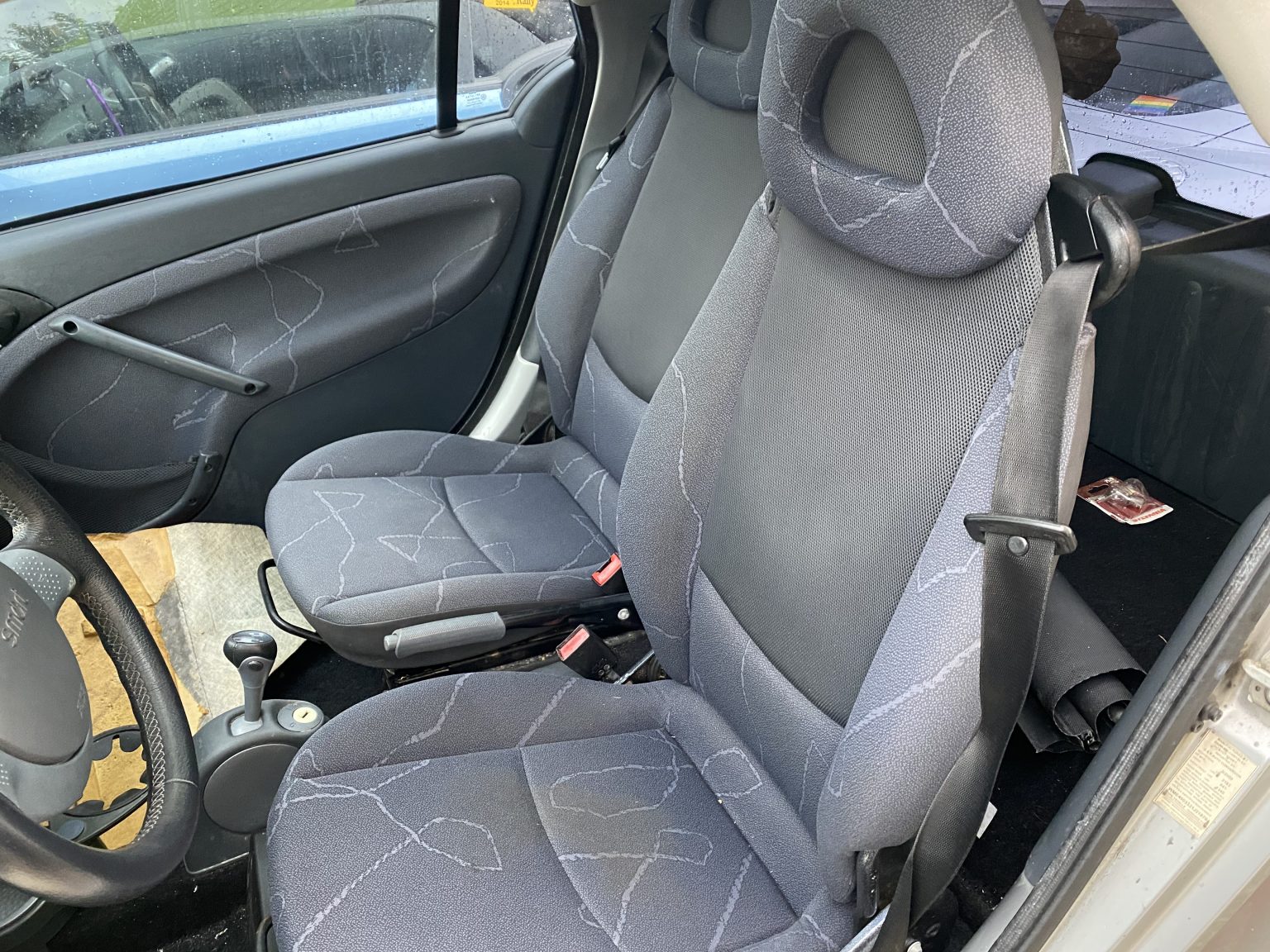 Later, Sheryl did two more cleaning sessions, and we combined it with wiping down non-porous surfaces in the car with cleaning wipes. I was supposed to finish with an ozone generator, but I didn’t get around to it. Instead, the car sat outside of my parents’ house all summer getting baked under the sun. My car has a clear glass roof that makes the car an oven on just a regular summer day, but this summer had a lot of days above 100 degrees.

It’s been four months since then and the car’s been through a lot, including the very same kind of conditions that caused the mold in the first place. 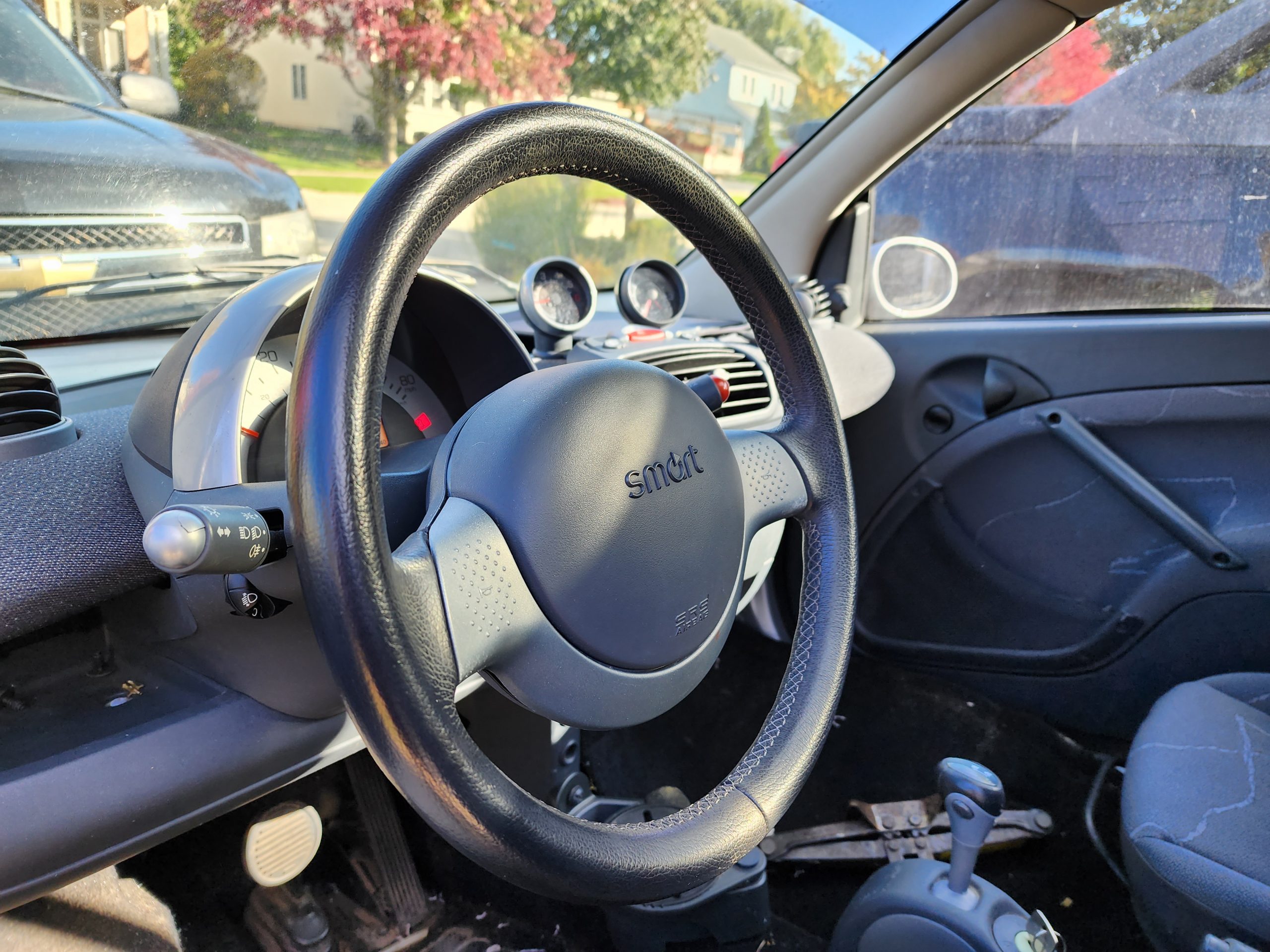 Some readers warned me that I wouldn’t even get through the summer without the mold coming back. And I worried all summer that I’d pop open the door and find mold spots once again. Yet, as I’m about to put the car away for the winter, it remains in great shape. 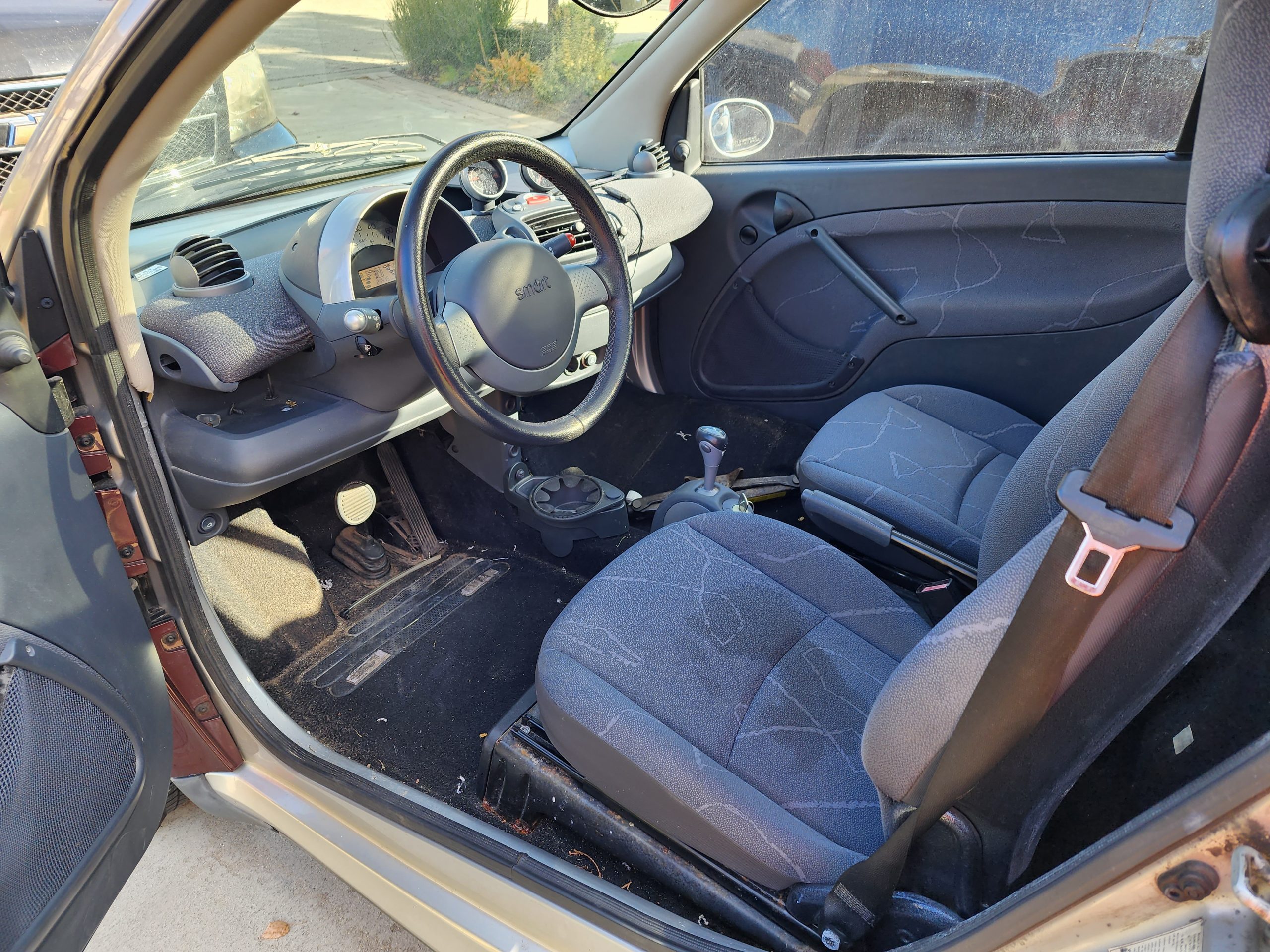 To help the interior fully dry out, I placed a glasspack and a flex pipe under the carpets. Now, they’re fully dry and at least visibly, they look great. The plan is to store the car with the carpets suspended and with a dehumidifier in the garage that it will be stored in. Mold can still grow during our miserable Midwest winters, so keeping things dry will be important. 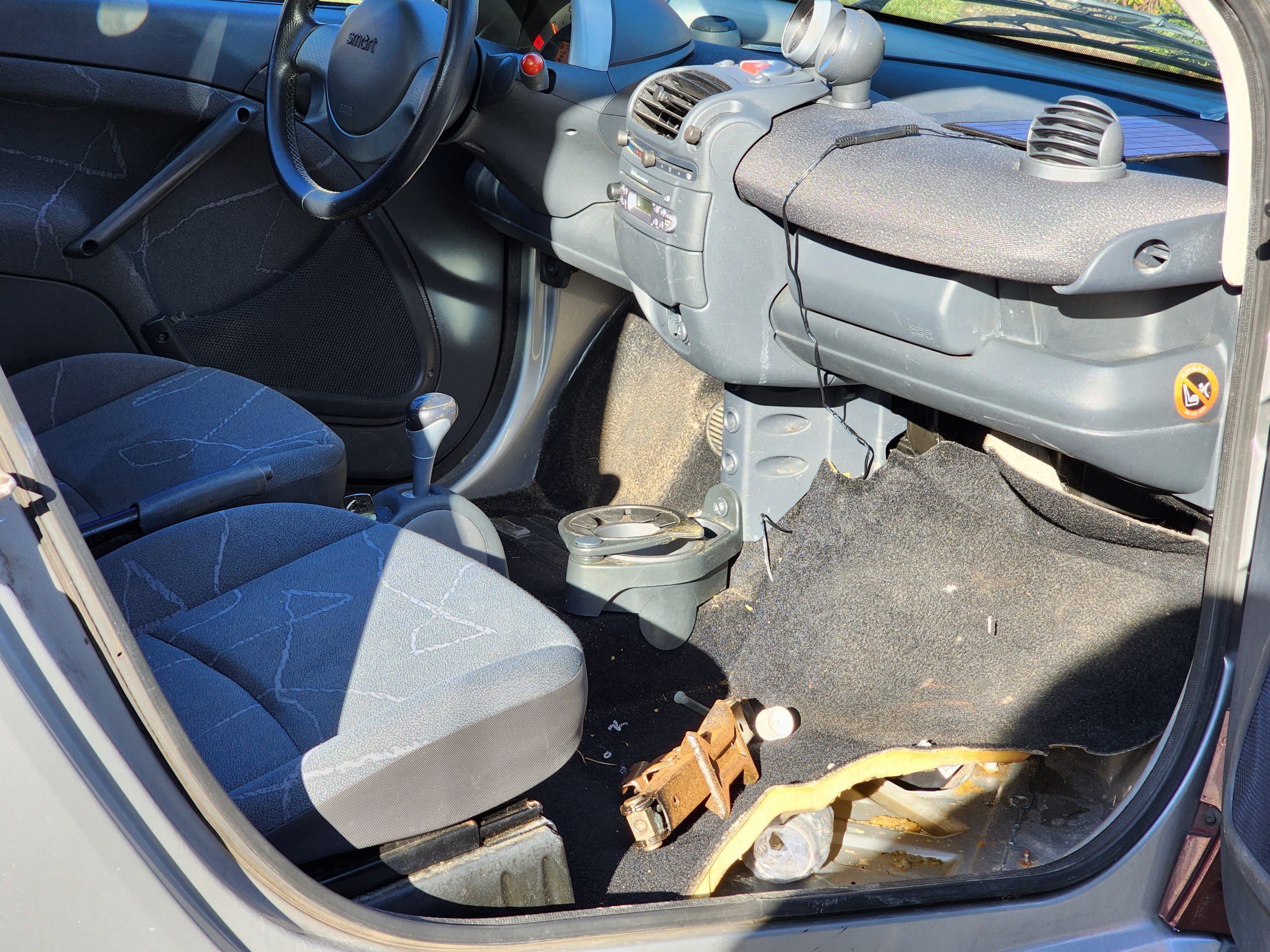 The car will join my 2012 Fortwo, which I’m happy to say still runs great after its revival. That car will be getting to sleep in a garage for the first time in over four years. And since that garage is heated, I can work through restoring it off and on through the winter.

As always, I want to hear from you lovely readers. I want to keep this stuff gone forever. Is there anything that we’re missing that can help keep mold at bay? 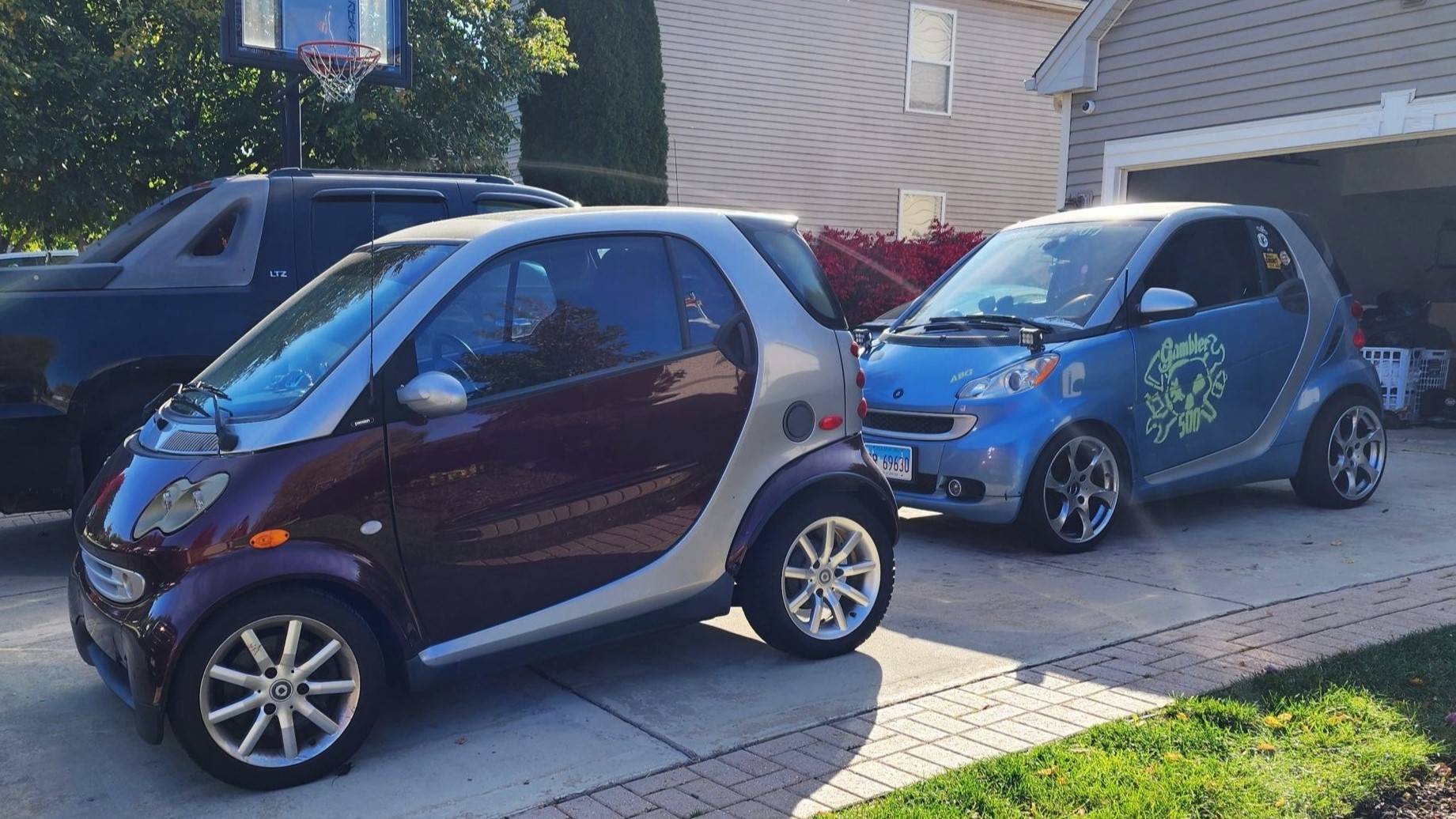 Mercedes is a lifelong fan of all things powered by an engine. When she isn't driving one of her five Smart Fortwos or her 14 other vehicles she could be found in the cockpit of a Cessna 172 or perhaps swimming in any body of water that she could find. She also has a deep love for buses of all kinds. Please send her buses. mercedes@theautopian.com Instagram: @mistymotors Twitter: @Miss_Mercedes30 Facebook.com/neonspinnazz
Read All My Posts »
PrevPreviousThere Was A Lamborghini And A Yugo And A Freaking Airstream At The Autopian’s Meetup In A Walmart Parking Lot. Check It Out
NextLook At How Much Nicer China’s Nissan Juke WasNext