Last weekend something miraculous happened. While doing my weekly junkyard dive, the clouds in the sky parted and a bright ray of sunshine blasted down on a 1994 Jeep Grand Cherokee ZJ. But this was no ordinary ZJ, it was a purpose-built off-roader — one that had clearly been someone’s passion project. I know this because the vehicle was outfitted with thousands of dollars worth of off-road parts, many of which I pillaged for pennies on the dollar in what will forever go down as The Great Junkyard Score of 2022. Let me show you my loot.

I’m currently in the process of slowly building the ultimate budget overlanding Jeep using a $350 Jeep Grand Cherokee as a starting point. At some point in the next five years  I hope to drive from wherever I’m living in the U.S. all the way to the southern tip of Argentina in what will be at least a six month-long adventure. I figure I’m single, have very few obligations to others, and can wrench — if I’m ever going to do a ’round-the-world trip, I should do it sometime soon-ish.

Okay, it won’t be happening that soon since I’m swamped trying to run this car website, but when the trip does go down, I hope to have the perfect machine for the job. That perfect machine is the Jeep ZJ. 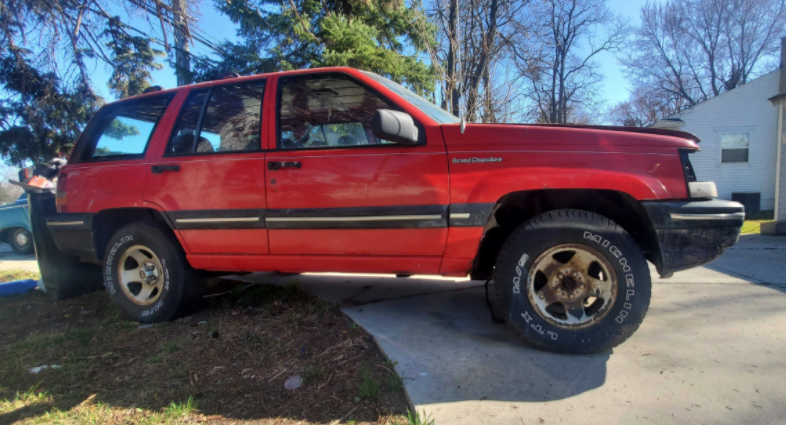 Many of you familiar with the ZJ probably just did a spit-take. “What the hell, dude. Those are plagued with awful transmissions, crappy rear axles, and all sorts of electrical gremlins. Go buy a Toyota 4Runner or something!” you’re yelling at your screen, your spouse peering over to see who the hell you’re talking to. The thing is, you’re right; 99.99 percent of ZJs did have these problems. But 0.01 percent didn’t, and mine falls into that minority.

The Dana 44A has an aluminum center section that tends to deflect under load, causing the differential bearings (pinion and carrier bearings) to spin unevenly and eventually fail. 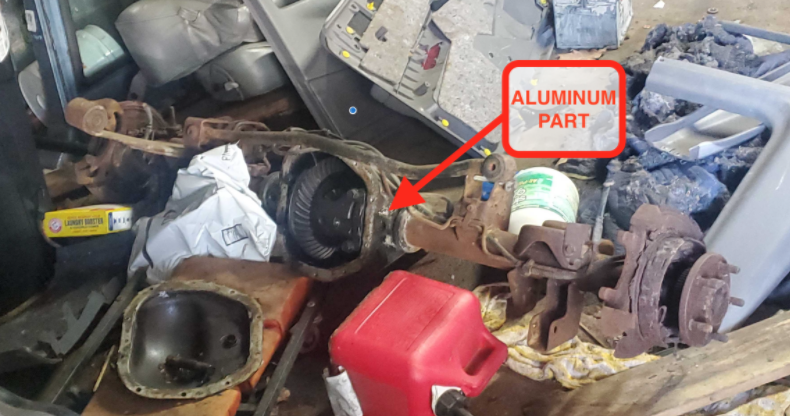 Last year, I picked up a limited slip differential-equipped Dana 44A from a Jeep Grand Cherokee 5.9 to replace the Dana 35 in my overlanding ZJ (Again, the Dana 44A isn’t great, but it’s considered a strength upgrade over the 35). I figured I’d replace the Dana 44A’s carrier bearings (since they’re relatively easy to swap), then weld a truss between the axle tubes to limit deflection, and then just hope my pinion bearing holds up. I had concerns about this plan, because being stuck in South America somewhere with a bad axle isn’t great, especially since the Dana 44A’s aluminum housing is known to fail to the point that it cannot be repaired (the bearing spins in the housing, chewing up the aluminum, creating so much clearance that the bearing caps no longer squeeze the carrier bearings sufficiently, resulting in future premature failure).

That’s why I was so thrilled to find this at the junkyard last weekend:

This off-road rig — a 5.2-liter V8 1994 Jeep Grand Cherokee ZJ — was someone’s baby. As you can see in the top photo, it was equipped with rock rails, a five-inch lift kit, and some 33-inch all-terrain tires on sweet 16-inch Wrangler Rubicon wheels. Sadly, the wheels and rock rails were gone by the time I spotted the Jeep, but one important thing wasn’t: the rear axle:

This rear axle is not the weak-sauce Dana 35, and it is not the bearing-killing Dana 44A. It is a bonafide Dana 44. 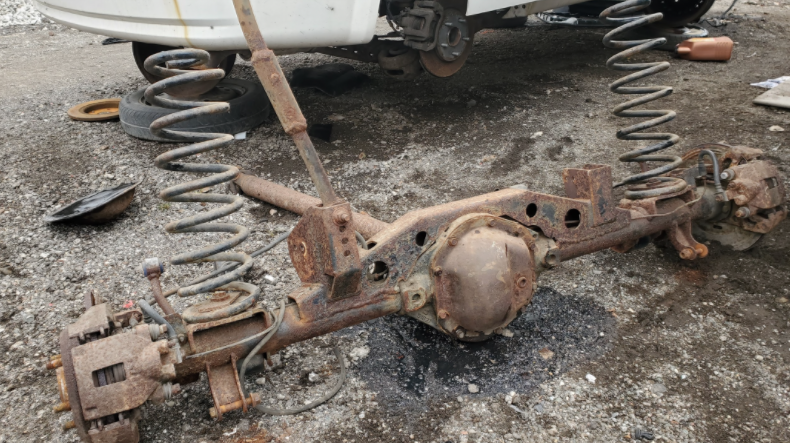 Many of you may have heard the name “Dana 44” before, because it’s the same axle found in every Jeep Wrangler Rubicon ever built (it’s also found in some non-Rubicon Wranglers, as well as in other Jeeps throughout the years). The Dana 44 is strong and aftermarket support is incredible; it’s a highly sought-after axle in the off-road community. 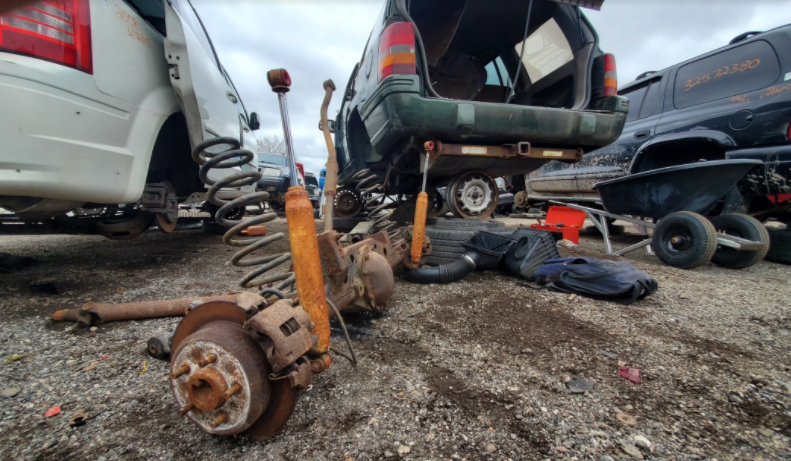 You have to realize why I was so thrilled to see this: Fitting a Dana 44 into a ZJ is no small task. Only the Dana 35 and 44A are direct bolt-ins; the 44 requires one to cut all the existing brackets off the axle, then weld on new brackets that align with the Grand Cherokee’s control arm mounts. The fact that I found a Dana 44 with this already done, and with a strength-increasing truss to boot? Well, like I said: This is the motherlode. 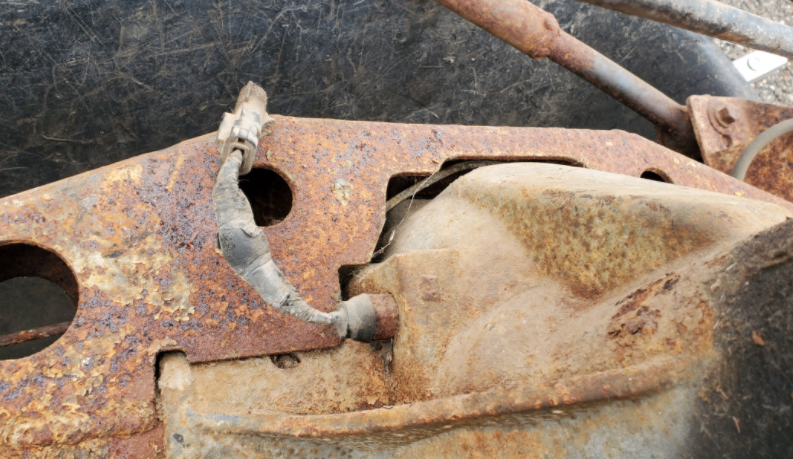 There was a moment during my junkyard session when I got really, really excited. You see in the image above that plug in the front of the differential? That’s a sensor for a pneumatic locker. I looked in the cabin of the Jeep and found a little switch cutout on the center console; “This Jeep has a locker!” I exclaimed.

Unfortunately, I later realized there were no air lines going to the diff, and — upon banging off the cover — I saw that there was no locker present. Clearly, based on the little hole in the driver’s side bearing cap where a little hose would normally go, this axle did come from a Jeep Wrangler TJ Rubicon, but the locker has been removed and a standard 3.73-ratio Trac-Lok, clutch-based limited slip differential carrier put in its place.

In this picture from Wrangler Forum you can see a pneumatic line going into that hole in a locker-equipped Dana 44: 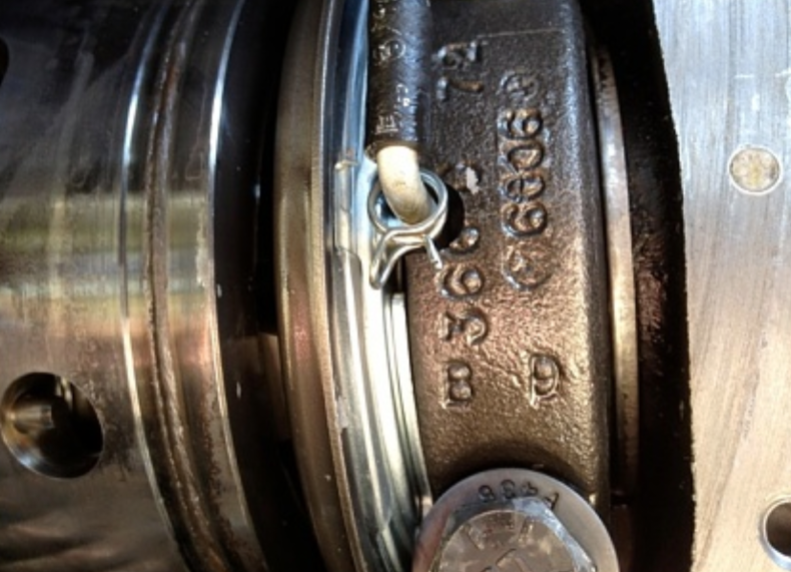 Even though I don’t have a locking differential, I’m still pumped that I at least have a limited slip-diff to offer me more traction. Though what’s more important to me is just having a rock-solid Dana 44 axle assembly instead of a crappy Dana 35 or 44A. Hopefully the previous owner set up the gears correctly, hopefully all the bearings are in decent shape, and hopefully the axle isn’t bent from off-roading or warped from the truss-weld-job. If all my hopes are granted, then I will have the ultimate budget overlanding Jeep.

It’s cheaper, bigger, and better-riding than the little leaf-sprung XJ Cherokee. It’s got more room than the TJ or TJ Unlimited Wrangler. It’s cheaper and lighter than a four-door JK or JL. It’s tougher than a Liberty or later Grand Cherokees. It’s a stick-shift, base-model, Dana 44-equipped Jeep ZJ, and it’s ready to drive around the world. Well, once I’m done building it. 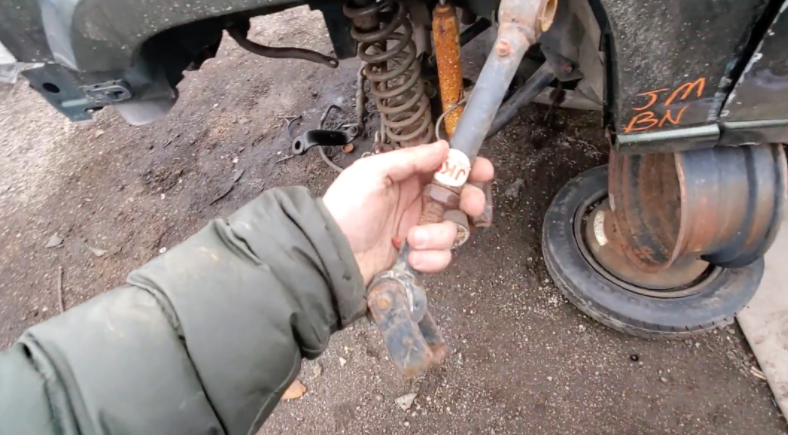 I also snagged a few other nice bits from someone’s former off-road project: These JKS sway bar disconnects. They allow one to quickly disconnect the sway bar without having to undo a bunch of bolts; this increases wheel articulation, which will give my Jeep more traction and stability over uneven terrain. These links are normally 150-ish bucks; I snagged the set for $20. 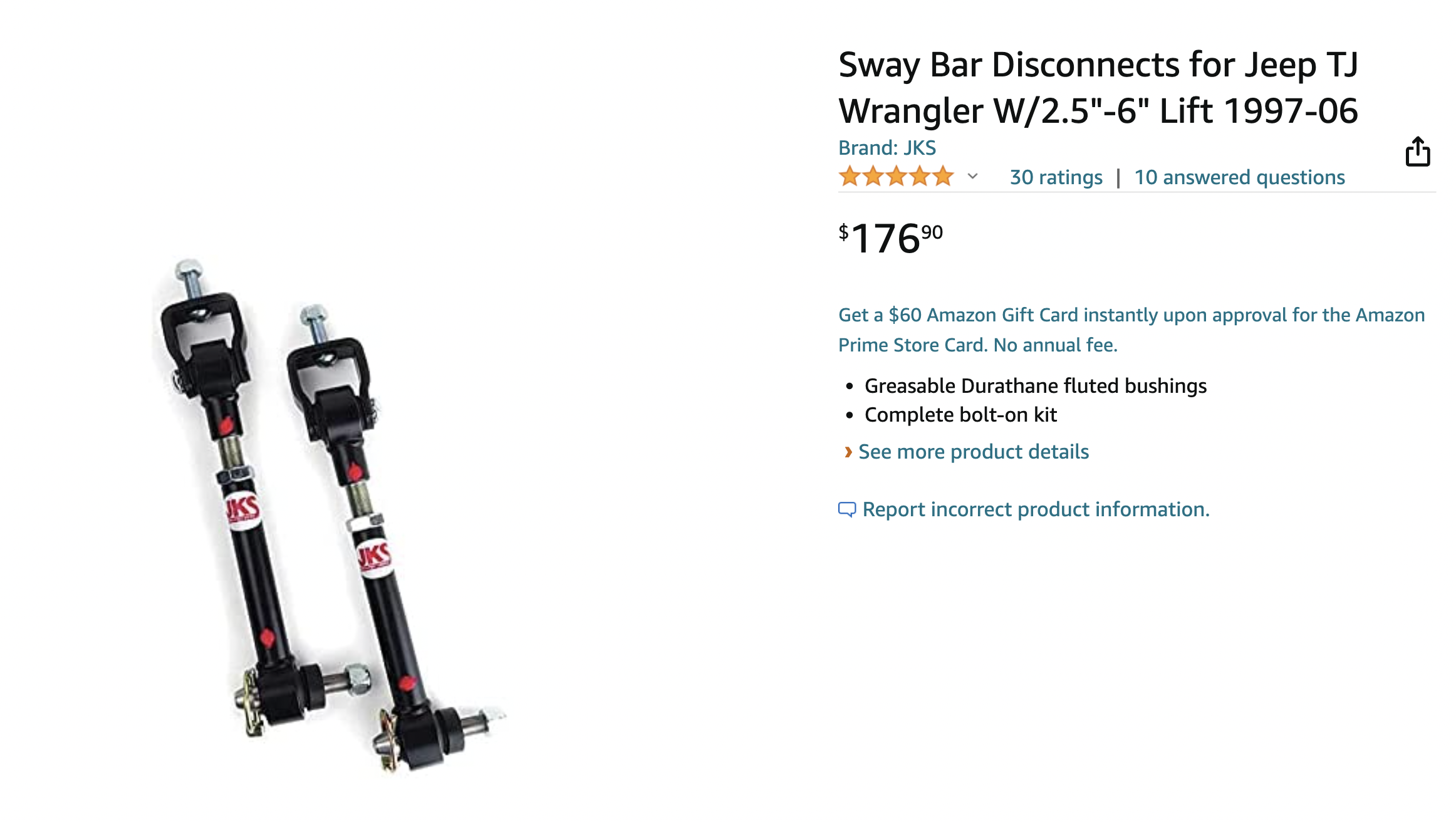