Facebook-f Twitter Instagram Rss
Menu
Menu
Home » Is A Sailboat A Self-Propelled Vehicle? What About A Cable Car? Or An Elevator?

Is A Sailboat A Self-Propelled Vehicle? What About A Cable Car? Or An Elevator?

Every now and then, we here at the Autopian take a moment to consider the Big Questions: Who are we? Why are we here? Why do we love all these miserable cars so much? Why does it still burn when I pee? This happened today, as David and I had a conversation this morning that veered into the essence of vehicles. I started thinking about vehicles like cable cars and elevators and their status as self-propelled vehicles, a category that all automobiles fit into. And then I started thinking about sailboats. And hot-air balloons. And then I confused myself. So, help.

Okay, let’s back up: a self-propelled vehicle is pretty much any sort of conveyance that, you know, can make itself move. This includes everything from wind-up cars to Japanese Shinkansen trains to rockets to a hovercraft to your friend’s dad’s old Fiat 128 to that moped you always wanted as a kid and never got. Now, let’s think a little more about self-propelled vehicles. Let’s consider old cable cars.

The famous San Francisco cable cars worked like this: in between their tracks was a channel with a moving braided cable. Here’s how the Cable Car Museum describes the system:

The cable car is pulled on rails by latching onto a moving cable inside a channel beneath the street. The cable is guided by an intricate system of pulleys and sheaves (large pulleys). At the powerhouse, huge winding wheels driven by 510 horsepower electric motors pull cable loops at a constant speed of 9.5 miles per hour.

Were you to look at these famous cable cars in operation, they sure would look like self-propelled vehicles, as this 1984 video shows, as it explains it all to you, too. They’ve been around since 1873! Look:

Did you just lose about 16 minutes on that like I did? If so, sorry. But, you get my point: these behave like self-propelled vehicles, though the motive force, a number of 510 horsepower electric motors turning huge winding wheels that actually pull those cables, is not aboard the cable cars themselves.  The cable car itself has a clamp to “harness” the energy of the moving cable. So, does that mean they’re not self-propelled vehicles? Or is the clamp system enough of a mechanism to consider it to be simply using the energy from the motion of the cable for propulsion?

Something like an elevator, which I do think is a vehicle, much like a short-distance vertical railroad, works in a similar manner. Now, stay with me here: If we don’t think that a cable car qualifies as a self-propelled vehicle, what about electric buses and trolleys that have motors on-board but get their electricity from overhead wires? You know, trolleybuses like these:

Really, these aren’t any different than other electric-powered vehicles like subways or trolleys with an electrified rail or a slot car track, even. Like the cable car, these machines get their power from conveyers of that power on a network. In the case of trolleybuses, that power is in the form of electricity, through wires. In the case of cable cars, the power is the motion of the cable. Is it that different? Both need outside energy sources to work; one gets that energy and then converts it to rotational, and then forward motion. The other gets the energy in the form of motion from the get-go.

Now, if we keep thinking along these lines, we get to sailboats. Are sailboats self-propelled in the same way that a cable car or subway or trolleybus is? In all cases, we have a vehicle that gets its energy from some outside network: the trolleybus from the overhead wires, connected to the power grid and then fed to the on-board electric motors to convert to motion; the cable car from the moving cable under the road, the clamp system transferring the motion from the cable to the whole car; and in the case of a sailboat, the power comes from the wind, air moving in the atmosphere of the Earth, which is harnessed by the boat’s sails and the motion of the wind is transferred into motion of the whole boat. 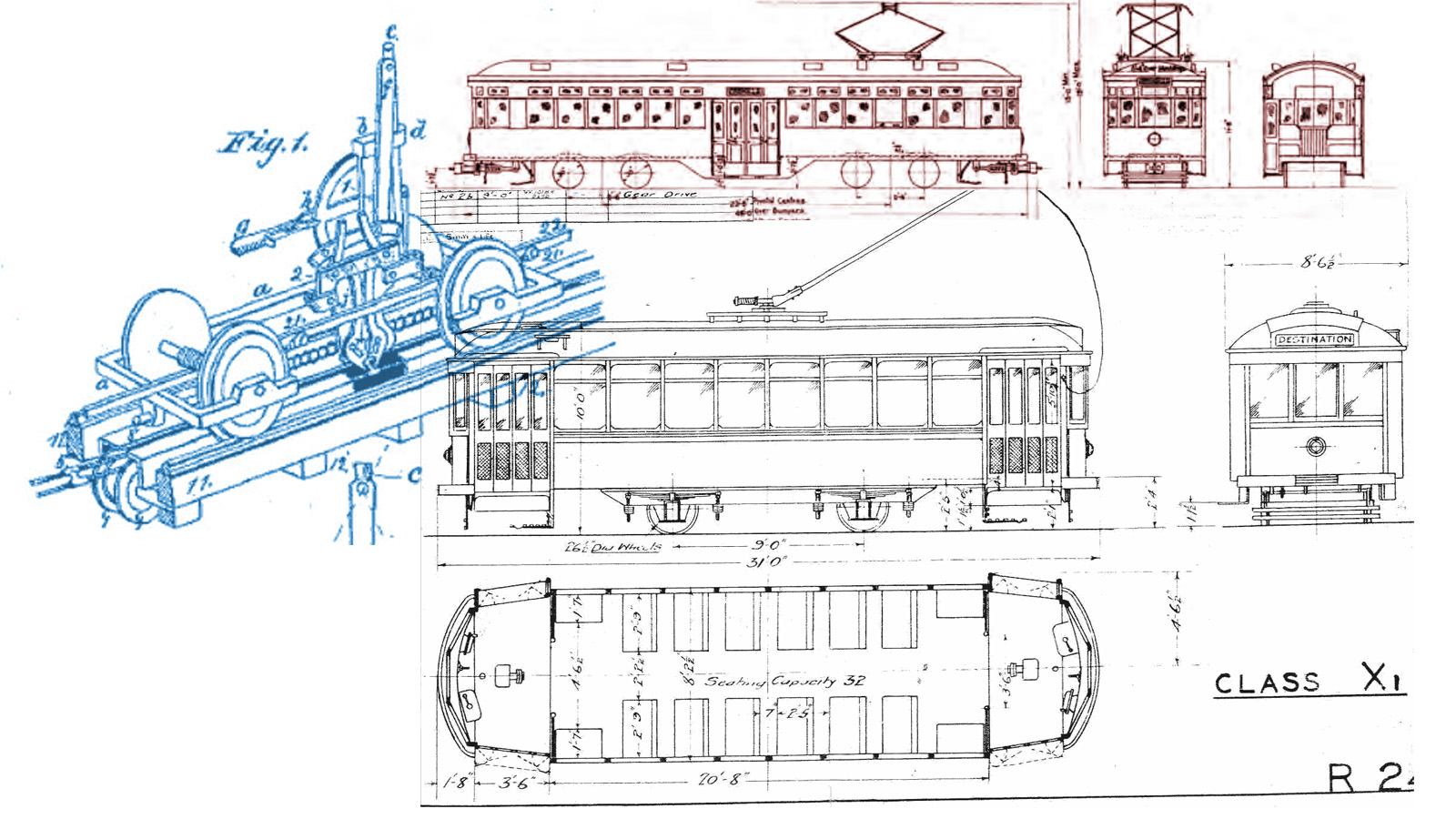 A sail is a mechanism for capturing energy and turning it into motion, like an electric motor can turn electromagnetic energy into physical motion, just in a very different way. The motive network of a sailboat is the whole atmosphere wherever the boat may be, and as such is quite vast and expansive.

So, back to my original question: do any of these count as self-propelled? Is a requirement for being self-propelled that the energy source must be able to be stored aboard the vehicle? The fuel in your car’s tank is really part of an energy network as well, one that started with dinosaurs keeling over, and then lots and lots of time and heat and pressure and microorganisms and probably a bit of magic, then continues with oil companies pumping and refining and trucking and storage and so many steps before it gets to a pump to squirt into the tank of your car.

Is that any different than grabbing a moving cable or capturing wind? Or is it essentially the same idea, just instead of drinking continuously from the spring of energy to move, you’re taking mouthfuls away, moving around, and coming back for more? A battery EV, too, is the same: just like a wire-powered trolleybus, but taking some amount of electricity on-board, replenishing as needed.

Is this the fundamental differentiator for self-propulsion? On-board energy storage? Or does that actually matter, and it’s just the ability of a vehicle to turn energy into self-motion, via some mechanism that could range in complexity from a cloth sail to the complex electric motor unit in a Tesla.

I asked some smart people I trust if they felt a sailboat was self-propelled. They didn’t think so, but the more I think about it, the less sure I am. I think now that a sailboat is self-propelled, and it does have an on-board mechanism for turning energy into motion, or at least one kind of motion (wind) into another (ship moving).

If you don’t think a sailboat is self-propelled, you at least have to admit that it is remarkably independently mobile for something that isn’t. Sailboats have criss-crossed the globe for centuries, not being pulled by whales or massive clusters of plankton or anything like that. They’re very steerable, in the right hands, and behave effectively like something that is self-propelled. I think it is?

But then I wonder where the line gets drawn; why does a glider not feel like it should count? Or, say, a simple raft, which, really, isn’t any different as it flows down a river than a cable car is as it gets dragged down Mission Street. 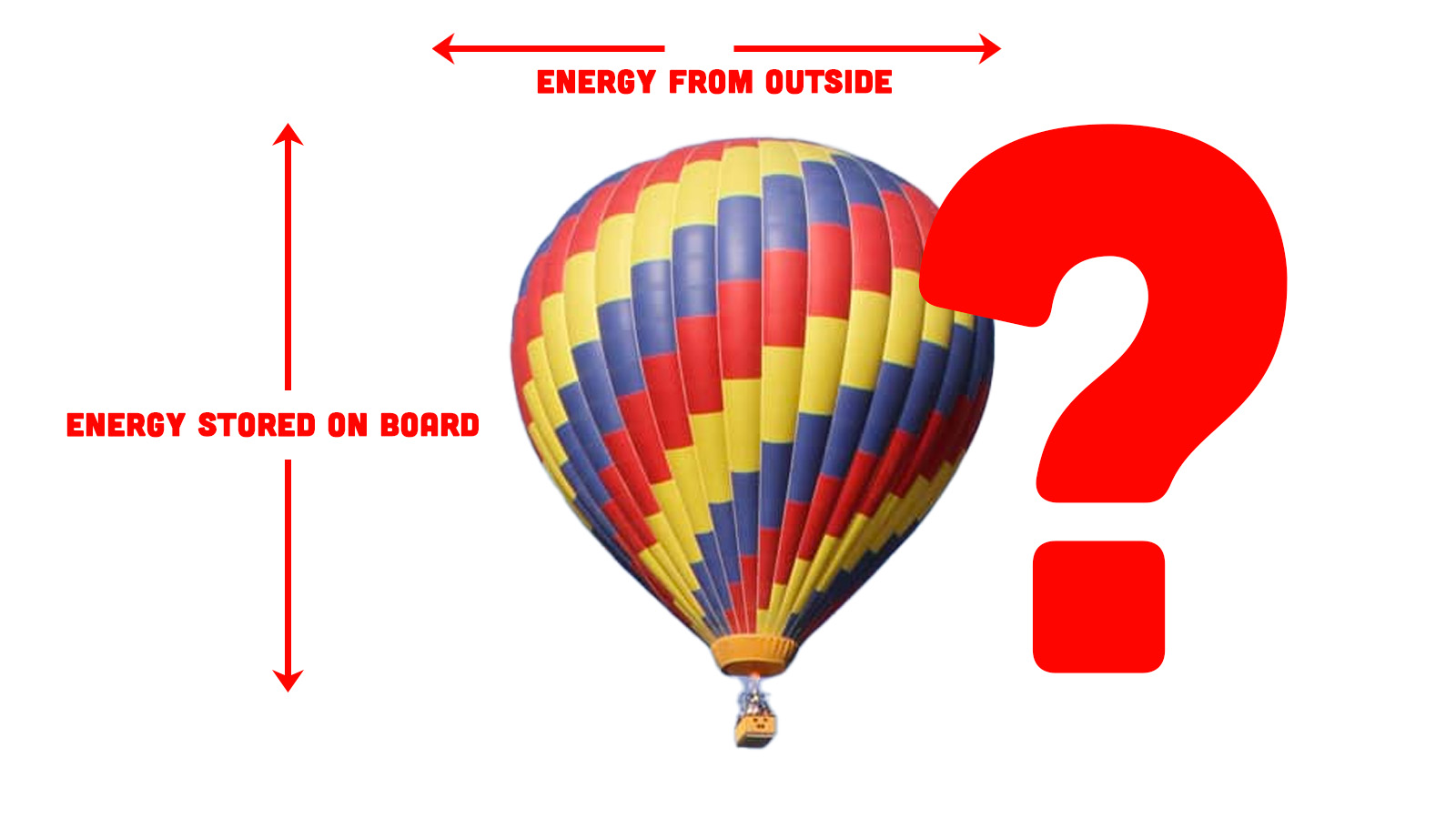 Or a hot air balloon, even? Does the burner to make heated air that rises count as a propulsion system? It carries fuel with it for that, but it’s only active on the vertical axis, and relies on outside wind energy for horizontal motion; so does that make a hot air balloon self-propelled on the vertical axis but not on the horizontal axis? Or is it just self-propelled?

I’ve taken a simple idea and confused myself really, really effectively. Help me figure this out!

I'm a co-founder of the Autopian, the site you're on RIGHT NOW! I'm here to talk to you about taillights until you cry and beg me to stop, which I absolutely will not. Sorry. Hug? Also, David's friend.
Read All My Posts »
PrevPreviousHow BYD’s American Dreams Got Cut Short—For Now
NextThe Overlanding Mad Scientists At EarthCruiser Want To Make A Slide-In Camper For Electric TrucksNext