It seems like every other month, someone announces plans for an EV-focused slide-in truck camper. It’s a great idea given the popularity of overlanding and the advent of electric trucks, but most of these camper concepts appear to be nothing more than hopes, dreams, and domain names. As such, it feels about time that an established company like EarthCruiser stepped up to the plate. 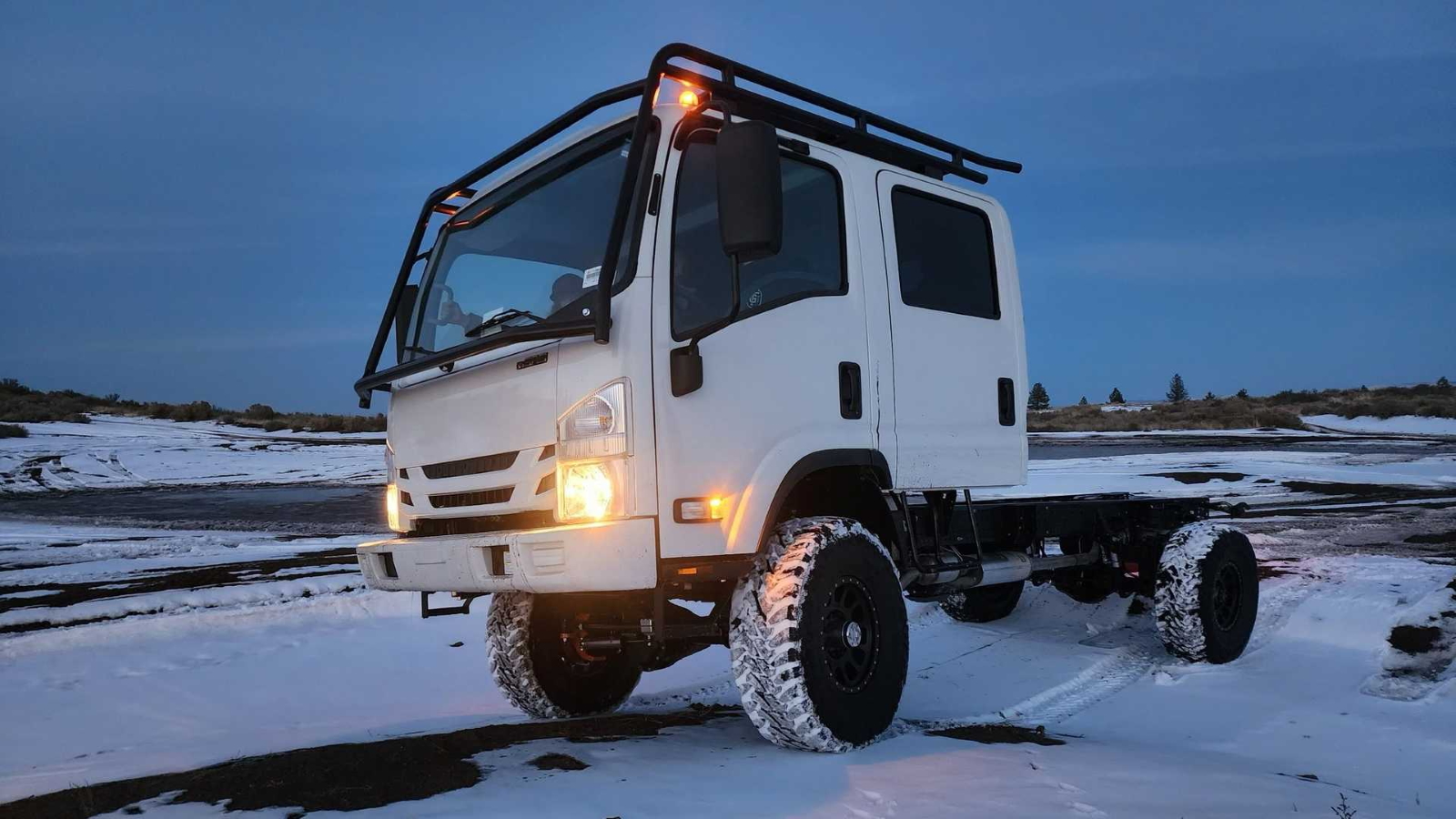 In case you aren’t familiar with EarthCruiser, this Oregon-based outfit normally specializes in building insane overlanding RV rigs and 4×4 cab-over trucks that I’ve covered before. Pretty much every little kid wants to drive a big truck at some point, and EarthCruiser’s normal fare gives off a Tonka-like feel. However, six-figure rigs aren’t exactly mass-market products, so the firm is branching out to something a little more practical.

With a sudden influx of electric and hybrid trucks on the market, EarthCruiser is looking to capitalize on the EV overlanding trend. Thankfully, this isn’t some sort of Cybertruck camper grift, but instead a slide-in camper for trucks like the Rivian R1T and Ford F-150 Lightning — you know, vehicles that actually exist on the mass market. 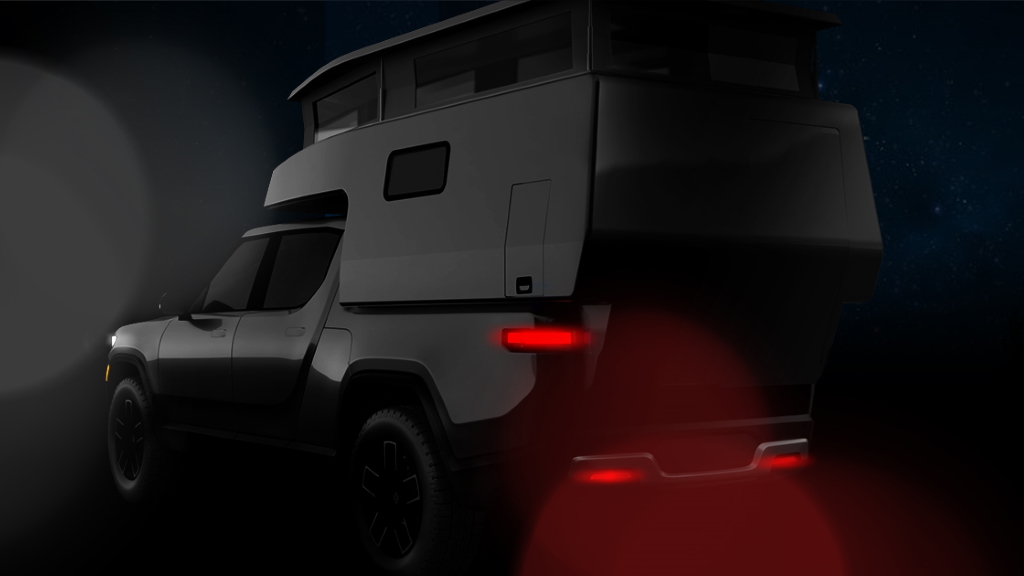 As of right now, EarthCruiser is fairly mum on details, but here’s what we know. The company says its slide-in camper will be lightweight, aerodynamically-efficient, and integrate with each vehicle’s hardware. Those are some fairly sensible goals, and I’m looking forward to seeing how EarthCruiser achieves them. Weight and drag are two of the biggest killers of EV range, so a slide-in camper that’s lighter and slipperier than a trailer should help mitigate frequent charging stops. In addition, integrating with modern trucks’ hardware should mean taking advantage of the variety of onboard power points on offer. Imagine running a refrigerator or climate control off of an F-150 Lightning’s built-in 240-volt socket.

From the renders, it’s easy to see that EarthCruiser is going for a pop-up design, likely to minimize frontal area while still allowing enough space for a sleeping area. The Rivian R1T in the renders has a bed length of just 4.5 feet, so packaging a sleeping area up top feels like a sound concept. In addition, EarthCruiser is using a nicely chamfered hard-side design that should allow for good interior room while still maintaining a compact profile. Overall, there’s lots to like here. I reckon that EarthCruiser will have a home run on its hands should an actual production model look like this. 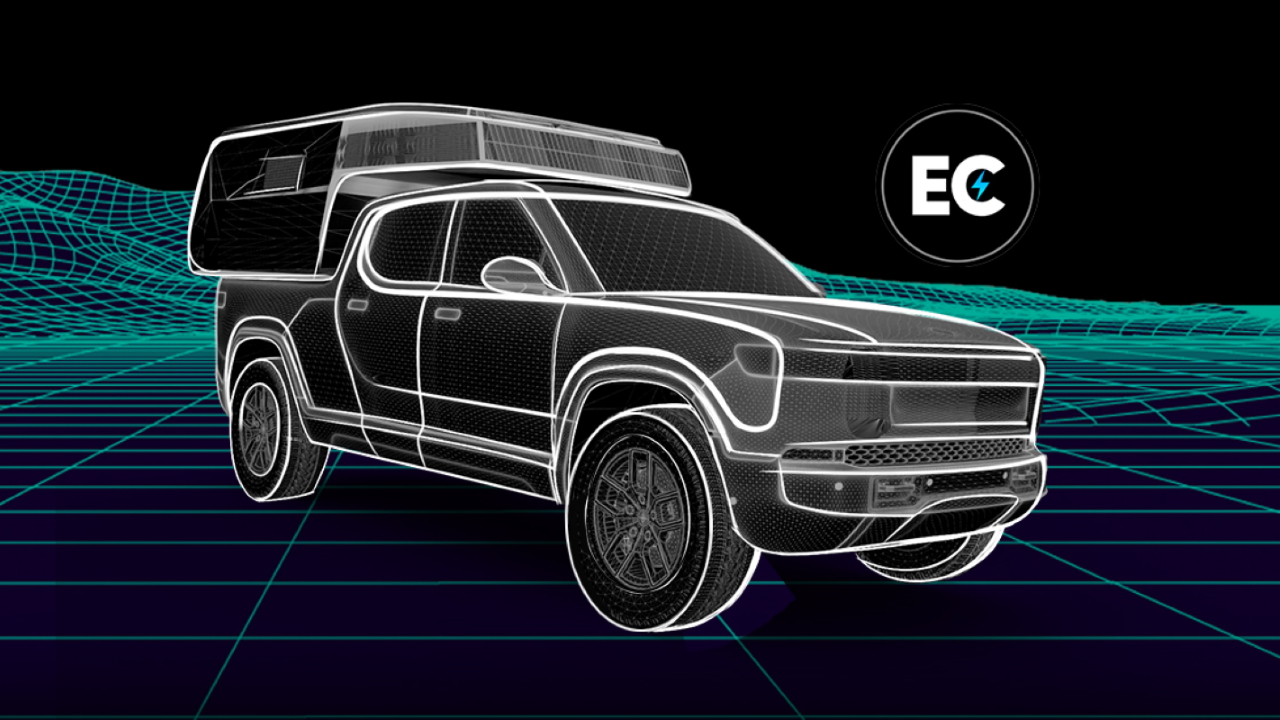 Of course, just because a product doesn’t exist yet doesn’t mean that a company can’t seek deposits (deposits on vaporware seems to be the trend nowadays). While it remains to be seen if EarthCruiser can drum up many $100 deposits, I have a feeling that the show will go on regardless. It’s not like this is a company that came out of nowhere with no proof of manufacturing expertise. A quick glance at the website shows a field for what truck you’d like to fit the camper to, so I could see this whole deposit thing being a useful exercise in market research. Either way, EarthCruiser claims that more details on the slide-in camper will be available later in 2023, so watch this space.

The Cheapest Tesla Cybertruck Camper Concept Yet Is A $24,000 Truck Cap That Might Fry You Like Bacon

The Mystery Of The Oldsmobile Toronado Airstream Camper Has Been Solved

Thomas is a Nu Rave-blaring, heel-toe downshifting, maple syrup-swilling, chassis-geeking, junkyard parts-hauling, floppy-haired scenester who's been writing about cars since college. His current ride is a 2006 BMW 325i with the six-speed manual gearbox. Instagram: @thomas.hundal Twitter: @thomashundal
Read All My Posts »
PrevPreviousIs A Sailboat A Self-Propelled Vehicle? What About A Cable Car? Or An Elevator?
NextThe Aston Martin DBS 770 Ultimate Ends An Era By Cranking Things To 11Next