The Cheapest Tesla Cybertruck Camper Concept Yet Is A $24,000 Truck Cap That Might Cook You Like Bacon

The Tesla Cybertruck doesn’t exist in production form yet, but that hasn’t stopped a number of startup companies from cranking out renders and taking reservations for concept camper designs. What appears to be the cheapest Tesla Cybertruck camper concept yet has recently shown off some more details. For a projected $24,000, the Space Camper is essentially a truck cap that pops open into a tent camper. But the promotional renders make it seem like a not-so-fun time camping.

The Tesla Cybertruck has been a thing of wonder since it was unveiled just over three years ago. It’s an out-of-this-world pickup with stainless steel construction, sharp edges, a controversial style, and sometimes baffling proposed features. Tesla CEO Elon Musk has pitched it as having bullet-resistant materials, amphibious capabilities, and most recently, the Tesla Semi‘s architecture. And along the way, the design has evolved from the initial concept. 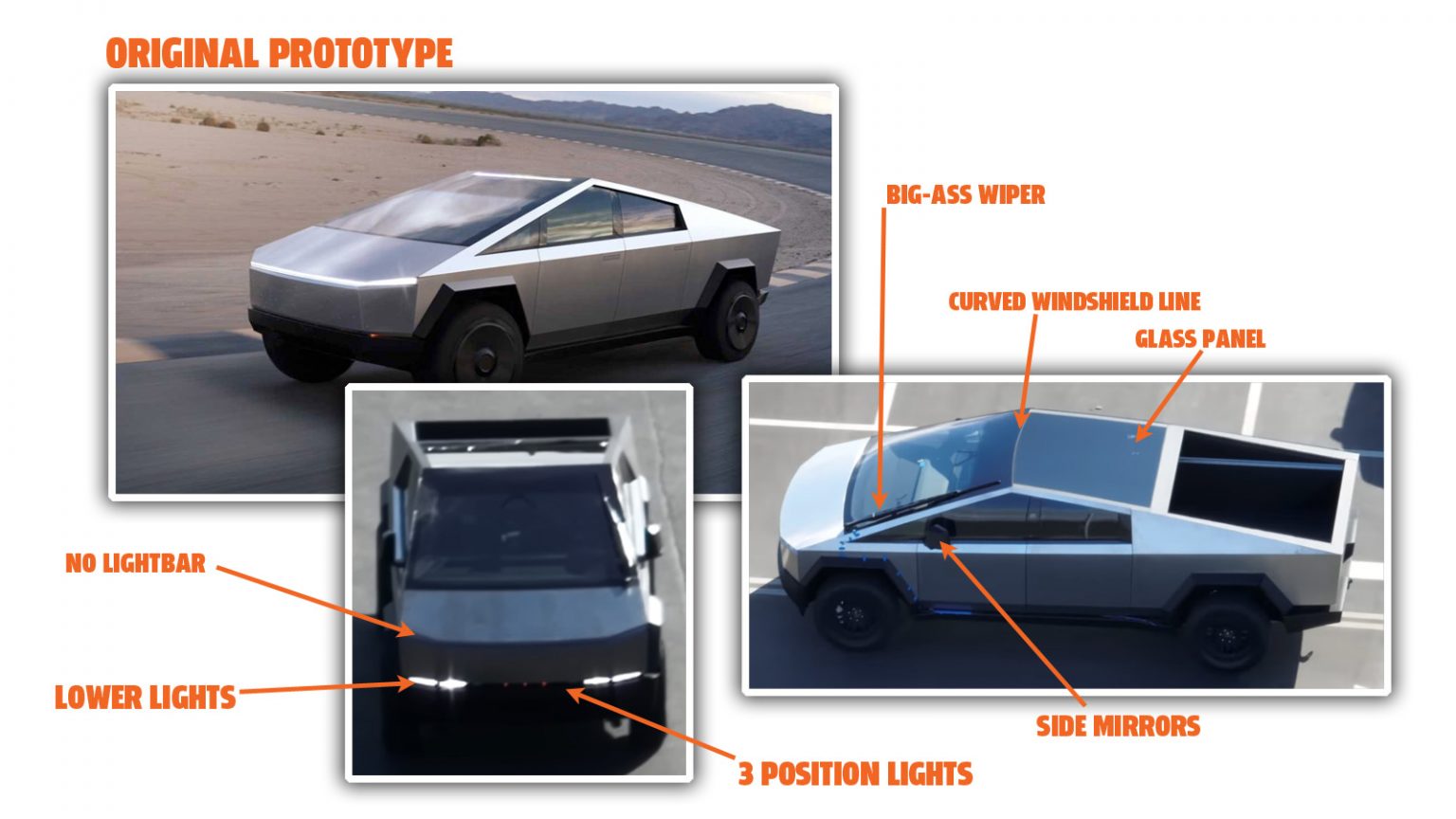 It’s still unclear what the Cybertruck will be like when it enters production–which is now slated for the end of 2023–but that hasn’t stopped startup companies from brewing up camper concepts for this truck and taking reservations for them.

Yesterday, Space Campers unveiled a features list for its entry into the Cybertruck camper space. The Space Camper first made its appearance on June 2, but Space Campers, LLC hadn’t explained its actual features. Now, we have the details of this camping unit, and since the company is taking reservations ranging from $100 to $10,000, we should talk about what a prospective customer would get.

However, before I continue, I should note that while Space Campers, LLC has patents pending for its design, this doesn’t appear to exist outside of renderings yet. By my count, there are now at least four unique Tesla Cybertruck camper concepts, with projected prices getting as high as $135,000.

The Space Camper has the lowest projected price thus far at $24,000, but it has the same problem that all of the others do, and it’s that the Cybertruck itself isn’t in production.

We’ll start with the design of the Space Camper. Each Cybertruck camper design is wildly different from the others. The Cyberlandr is a box that expands out of the bed into a living space cube. The Loki Basecamp (above) resembles a typical truck bed camper. And the Form Camper (below) is like a base camp that the Cybertruck connects to.

The Space Camper takes a different approach. It resembles a truck cap, but it has a roof that pops open with the use of air struts. This turns it into a tent-style camper and the entire living unit fits within the bed of the Cybertruck. We can’t help but look at the closed Space Camper and think that it makes the Tesla Cybertruck look like a Brubaker Box. I love it! 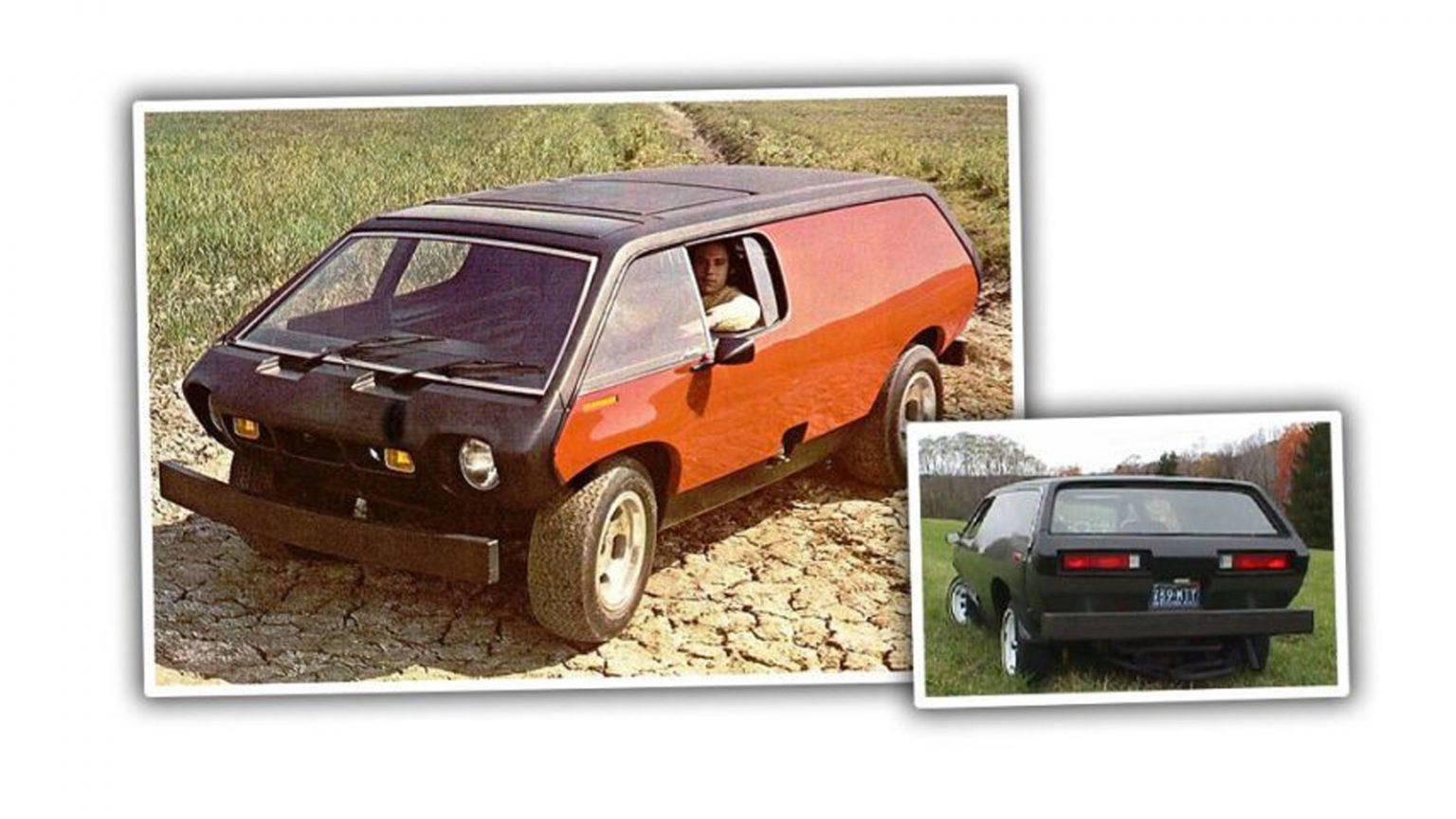 Pop the hatch of the Space Camper and you gain access to the camping unit. Space Campers says that for the price of $24,000, you get a basic camping setup. A base Space Camper has the tent, the air struts to open it, a Murphy-style bed that transforms into a table, electrical outlets, bed steps, storage areas, and a couple of furniture pieces to make a chair and desk. Other standard features include a backrest, roof runners for a roof rack, and a vent.

If you want a camper with more utility, Space Campers has an expansive options list. That list includes a camp kitchen that includes a sink, induction cooktop, cooler, water tanks, and a water filtration system. If you want to take a shower, you can get a portable bathroom as an option, which includes a water tank, portable toilet, and a portable shower. You can also get a roof rack with up to 1200W of solar power, a back rack, and an insulation package.

That insulation package adds insulation to the tent, padded thermal flooring, an electric blanket, a movie projector, and custom sheets. Pricing for these options has not been revealed, but there is one final option and its price is known. The Space Camper is built out of black composite materials. But for an additional $8,000, you can get it outfitted in stainless steel, which the company says helps with insulation and durability.

But there’s something weird about this whole thing. Take a look at Space Campers’ renders for its camper. See anything out of place?

Look at that floor and those walls! The base camper gives you nothing to cover the Cybertruck’s bed or walls. On a sizzling day, you’re just asking to get cooked like some bacon on hot stainless steel. As I mentioned before, the insulation package apparently adds a padded floor. At least to me, it seems like some sort of padded floor should come standard. And sure, you could add your own rug or something, but it seems like an oversight.

There’s another problem that all of us in the Autopian office have, and it seems like $24,000 is quite steep for what you get. Remember that this is basically a truck cap with a pop-up roof. Truck caps by themselves are a few grand if you want a fancy one, then you can outfit them any way you like. When I wrote about the Space Trailer (a different company), I figured out that you can get a mostly full-featured camper for a few Benjamins over $10,000.

And our Jason Torchinsky brought up another point, and it’s that you can get a lightly used truck bed camper for peanuts. His example was a Lance 650 for $15,995 from Cruise America.

This Lance is a complete camper featuring every amenity that you’d expect in an RV. It has a furnace, a flushing toilet, tanks for fresh water, grey water, and sewage, an air-conditioner, and much more. And if used isn’t your jam, you could get new truck campers for about the same price as a Space Camper, maybe even less.

Of course, established truck camper brands don’t have concepts specifically for the unique shape of the Cybertruck. The same goes for pickup bed cap manufacturers. So perhaps we aren’t being fair. But our point is that it might be worth waiting for the Cybertruck to come out first, then seeing what the camper market looks like then. We’re going to monitor developments in this space, and bring you noteworthy news when it comes. And for the Space Camper, I’ll monitor it, too. The company says that the camper isn’t final just yet, so maybe there will be some more features on the way.

If you’re interested in the Space Camper, you can reserve one for as low as $100, but the company says that those reservations are sold out through 2024. There are reservation tiers going all of the way up to $10,000 and the more you pay, the closer to the front of the line you’ll be. The company expects the first units to be ready when the Cybertruck is, and customers should expect to receive their Space Camper two months after getting their Cybertruck.

• I Saw The Prototype Tesla Cybertruck Up-Close. Here’s What I Thought

• This Company Wants To Sell You A Cheap Trailer That Can Be Your Cargo Hauler, Camper, And More

Mercedes is a lifelong fan of all things powered by an engine. When she isn't driving one of her five Smart Fortwos or her 14 other vehicles she could be found in the cockpit of a Cessna 172 or perhaps swimming in any body of water that she could find. She also has a deep love for buses of all kinds. Please send her buses. mercedes@theautopian.com Instagram: @mistymotors Twitter: @Miss_Mercedes30 Facebook.com/neonspinnazz
Read All My Posts »
PrevPreviousThe Beautiful 2023 Toyota Prius Configurator Is Out: How Would You Spec Yours?
NextCan You Name A Car That Had More Engine Layouts In A Single Generation Than The Mercedes-Benz G-Class?Next